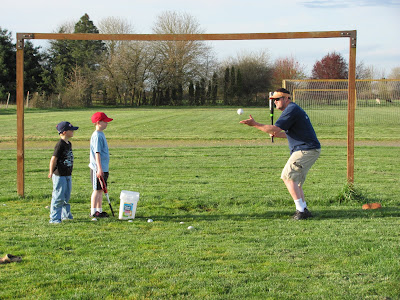 Britt was lucky to get a private batting lesson early in the week from our friend Clay Howard. He is an amazing coach! Here you see Britt and Clay's son Kellen listening to him. 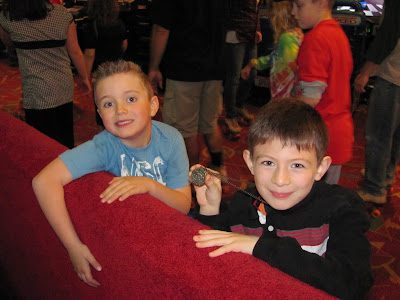 The two cutest boys in the world! Brittster Man and Griffy Boy at Skate World - Griffin is showing his medallion from Disney World, Pirates of the Caribbean. These two were hysterical to watch, swinging pretend swords and light sabers and playing the video games without any quarters. They had a blast! 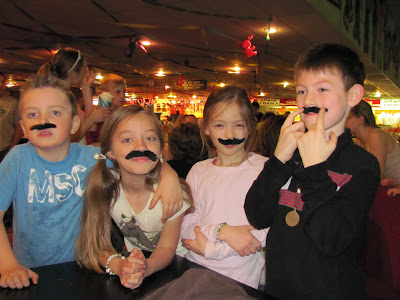 How do they grow up so fast? Britt, Brailey Shaye, Jaden and Griffin. These mustaches were a hit, to say the least! 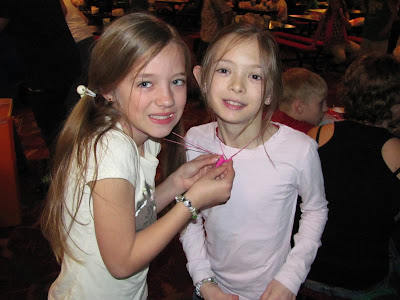 The two beautiful besties with their new "Best Friends" necklace. Aren't they something? And the most special thing about them? Their sweet little happy hearts. 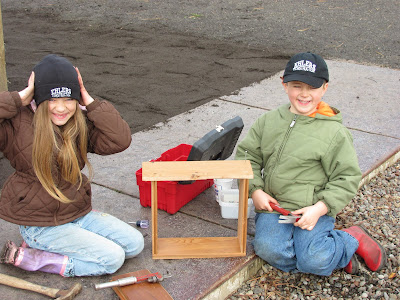 At Ehlers Construction (that's what the hats say), we start them young! This is Britt building his first bird house, which turned into a pirate house for his little toy pirates. Brady gave him the scraps, and started the nails for Britt to finish. Brailey was wonderful moral support and even drove a few nails in herself. It turned out really nice!
at March 29, 2010