The Story of the Disappearing Mustache 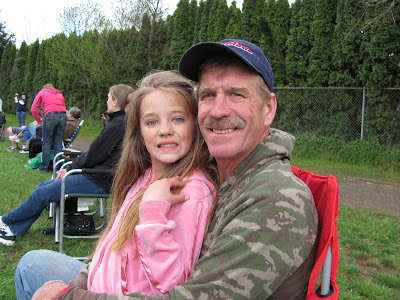 Brailey Shaye and Brady at one of Britt's tee ball games... (Note mustache on Brady's face.) 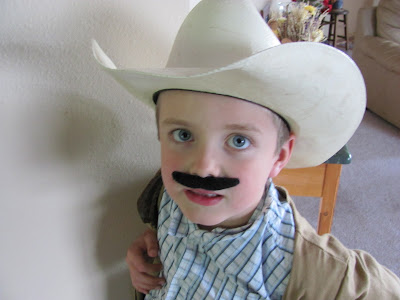 Cowboy Britt with his mustache. 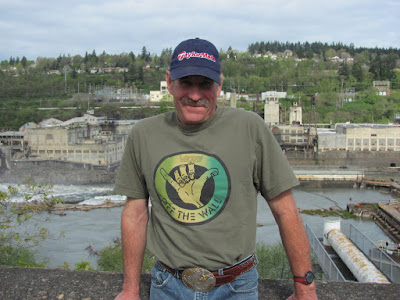 Brady in Oregon City on our way to Yakima WA - (note handsome mustache on his face). 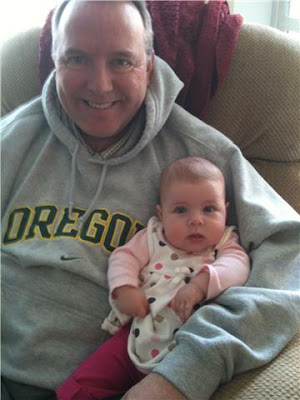 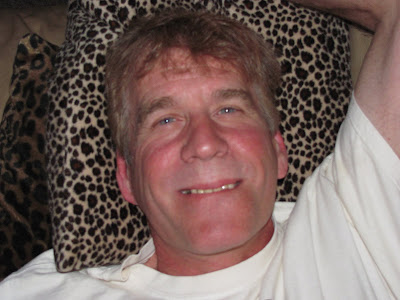 And here we have Big Daddy, mustache-free. Yup! Brady shaved his mustache off a couple of nights ago. YIKES! It has been quite the dramatic "thing" around here, let me tell you. He has been wanting to shave his stache for quite a while, now. I don't know why... Even his own mother likes his mustache. A few years ago when he shaved it off, she was up visiting, and she said, "Brady, why don't you grow your mustache back? You look so handsome with it." Irregardless of what anyone else thinks, the other night in the shower he and Britt shaved it off! Britt "helped" him do it. Brailey Shaye and I were in my office, and we didn't know he had shaved it. After their shower, I saw Britt standing in the doorway in his towel looking kind of forlorn, but I didn't really think anything about it. Then Brady called Brailey into the bedroom, and she said something like, "That looks bad..." I thought she meant his pajamas or something. Shortly after, with Britt still standing in the doorway looking pitiful, Brady came into my office to show me what he had done, and I said, "OH MY GOSH! WHY DID YOU DO THAT?!" I don't like surprises like this... So anyway, Brady went into the living room, and then Britt, who was still standing in the doorway, perhaps in shock, burst into tears and said, "I think Dad looks really creepy!" And then he dived onto my lap and sobbed and sobbed and sobbed over the shaved mustache. Apparently, he had helped Brady shave it off because he wanted to see how he would look without one, and once it was gone, he said, "Okay, now put it back." Which, of course, he was shocked to find isn't possible. So then Britt said Brady needed to put on a fake mustache until one grew in (see picture above of Britt). There were more tears the next morning, believe it or not. Both kids were not happy with the mustache, which Brady is already growing back, thank goodness. It turned out to be quite comical for me, though, because they decided to start calling him "Uncle Boone," who doesn't have a mustache, because they think he looks more like him. So all evening long, they were saying things like, "I love you, Uncle Boone. And Uncle Boone, too!" "What, Uncle Boone?" "Sure, Uncle Boone!" "Uncle Boone?" Brady did not seem to find the humor in this the way I did. I say it serves him right - I love his mustache! I think it makes him more handsome and rugged and cowboy. I held up a picture of Pat Monahan (Remember him? The Train guy I have a thing for?) next to Brady and had him pose the same way, and he didn't look as much like Pat as I thought he would... But the upper lip IS the same on both of them. I don't think Pat Monahan would look very good with at mustache, though. So anyway, that's the story of the disappearing mustache, which will hopefully reappear soon, because I have a feeling "Uncle Boone" is going to get tired of being teased by his little B's. Ha!
at April 22, 2010