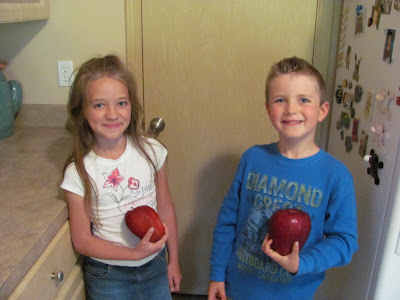 We started off the week with a visit to Uncle Boone's farm, where we got THESE GYNORMOUS APPLES... Seriously, can you even believe they are apples? Aren't they gorgeous?! Uncle Boone saved them for the two little B's, and they were thrilled. I had to ask what they were when I first saw them. And then I wouldn't let the kiddos eat them until I got a picture of the beauties. The verdict is that they were the most delicious apples ever eaten! 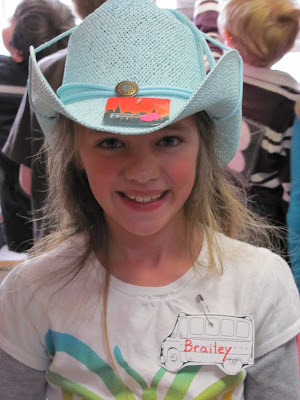 Last Thursday I had the pleasure of chaperoning Brailey's class and the other second grade class on a trip to the Hispanic community in Woodburn. Here you see my little darlin' in one of the hats at the "boot" store, which looked a lot like a western store back when I was a kid, only the boots, hats, belts and clothes were all Mexican, of course. 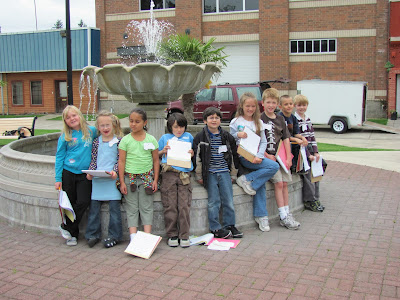 I was so blessed to be with Gustavo (Alexandra's dad, but he isn't pictured) as the Spanish leader (there was a Spanish speaking leader and an English speaking co-leader for every group of kids). This was his 9th trip to Woodburn, because he is so good at it! Here you see our group, which was Group A, in front of the water fountain at the plaza. They were a perfectly behaved group of los ninos! 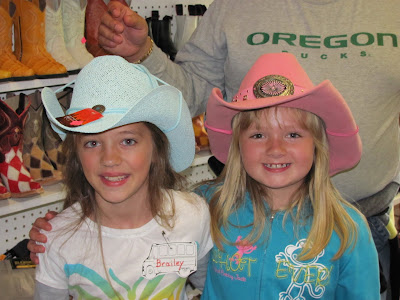 Here is another picture of Brailey at the boot store with her pal Gracie. Aren't they SO CUTE?! 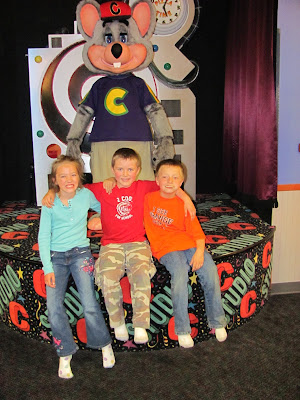 And the day after the field trip to Woodburn, one of Britt's friends had a birthday party at Chuck E. Cheese's, and my Godson Nolan and his mom (my Nikki - remember me writing about her on her birthday back on April 21st?) came down from Albany to see us while the kiddos played. Here you see the three Catholic Cuties with Chuck... They had a blast, and it was wonderful to see them. AND, by the way, my friend Kelly, who gave the party for her son who is one of Britt's BFF's, made the absolute most delicous birthday cake I have ever eaten! It was decorated like a pro and tasted far better than any bakery cake I've eaten. I wonder if she could make another one for just me...? Ha! (I'd be better off just sitting in it, because that is where it would all end up, anyway - on my saddlebag ass. But truly, it was an extra delicous cake!)
Needless to say, my B's were tired when we got home on Friday evening. Before the Chuck E. Cheese birthday party, Britt and I escorted the group of second graders that earned a trip to Papa's Pizza for earning over $101 for the Jog-A-Thon, and of course Brailey was one of the kiddos. I got to do this with one of my most favorite mothers in the world, Renee, and it was super fun, but tiring for the kiddos. All that walking, you know. So you can see what a busy week it was last week, and then we had a bridal shower on Saturday, Britt's last tee ball game, the Function in Junction car show and on Sunday, it was Brailey Shaye's 8th birthday...
Stay tuned for pictures from that unforgettable day - coming soon to a blog near you - The Life and Times of the 4 B's!
at June 08, 2010