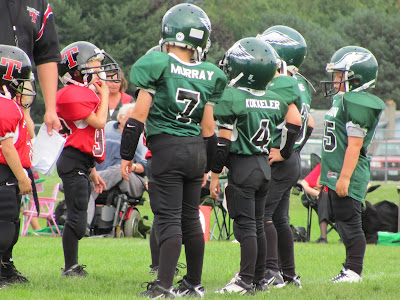 Look at those long Murray legs! He is so the sweetest football boy in the world. Yes, my Mama's Boy is going to have to learn how to turn on some MEAN when he's playing football. He's a Gentle Giant, at this point, but someday it will all click and he'll get his confidence up and be aggressive. I love my sweet little man! 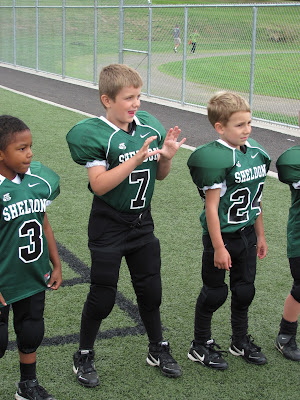 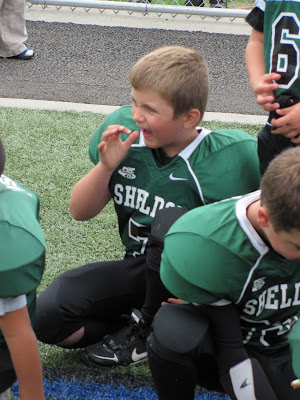 He's got a wiggly-jiggly loose tooth! Both of his front teeth are loose, but he popped one a little looser than the other, and it is on his mind at all times. Of course I had to go over to him after this picture and tell him to NOT put his hands in his mouth after touching that disgusting germ infested football field... I just had to! 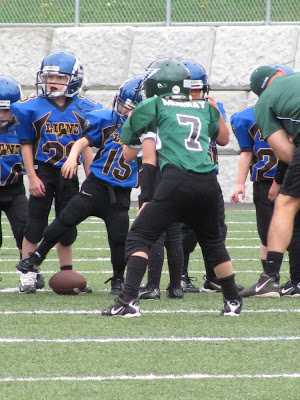 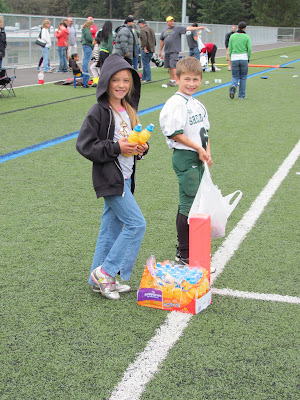 Brailey and her friend Quincy (Hot Mama's oldest son) handed out the treats and drinks after the game. They were SWARMED by the little players like an angry mob of wasps! I doubt if Brailey will ever want to do that job again... Brailey and Quincy went to Preschool and Kindergarten together, and they're still good buddies today. Quincy is a sweetheart of a boy!
at October 05, 2010