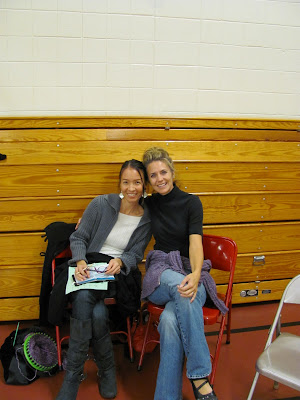 Brady took this picture of Big Mama and Little Mama at the boys' basketball practice. It has been so nice to get to see her for more than just once a week! We used to see each other every single day last year when we would drop the kiddos off (Britt went to Kindergarten were her babies go to school), but this year my B's go to the same school, so I never get to see my twin! Thank goodness for dance class and basketball season, or I would never see her... And that would be SAD! Because I need my bestie and my twin like the desert needs the rain! 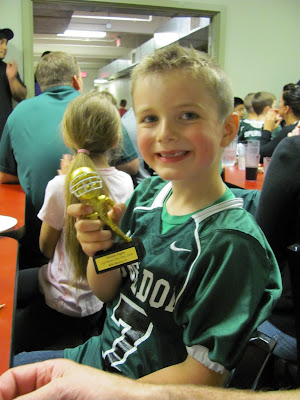 Britt had his football party on Veteran's Day and got his beautiful trophy... It is super cool and even has his name on it, and he is very proud of it. He loves the trophy almost as much as he loves the medal. And he pulled his other front tooth, so he's our Toothless Wonder, at this point, and looks just like his horse, Quickity, who is also missing both his front incisors. I need to get a picture of them together - wouldn't that be hysterical? 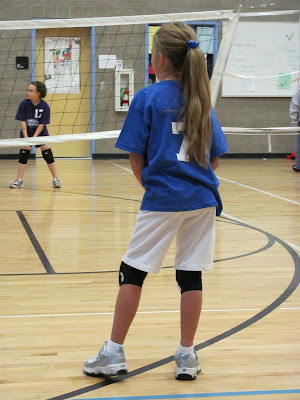 And our Brailey Shaye played in her first volleyball game! I love her little shape... Those long legs of her are just too cool, aren't they? She did awesome in her games, and her coach is not only a wondeful person and coach, but she also helped Brady learn how to walk back when he was in the hospital. I thought she seemed familiar, and when Brady saw her, he remembered... Small world, huh? 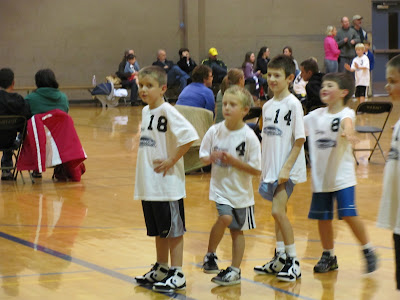 And the boys had their first basketball games. They were adorable! Totally lost and confused and just hysterical to watch. Brian (Little Mama's husband and Griffy Boy's dad) told them to stay under the basket while he was out there with them reffing, meaning when they were on that end. But they listened, those boys of ours, and they stayed right there until he told them they could leave, even when the ball was on the other end of the court! We laughed about that the rest of the night - it was too funny! Brady reffed the first game, and then Brian reffed the second. It has to be said - Kimmy and I are truly blessed to have such cool, fun, handsome husbands! 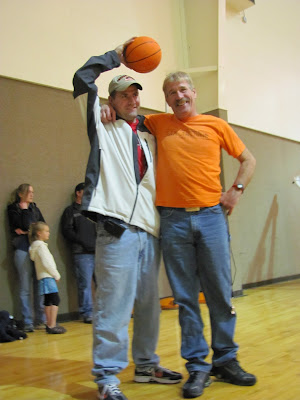