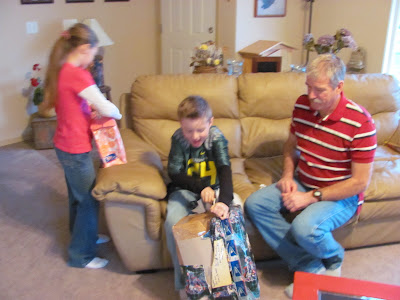 Well! It was a day filled with fun and celebration for Britt on Friday, his 7th birthday. He was so excited for his birthday, he could hardly stand it, counting the days down... One night as I tucked him in he asked how many more days until his birthday, and I told him how sad I was that he was getting so old, and he replied to me very seriously, "I don't want to turn seven, either. Really, I don't! I'm just excited for the presents." So Big Mama had to change the sad vibes she was sending out and turn them into acceptance. But seriously, why must they grow so fast? Anyway, he started the day off by opening one of his presents from Gramma and Papa, and Brailey opened hers from them, as well - this is a tradition my mom and I have always stuck to. We always give the "other" kid a little something on birthdays, as well. We believe it prevents jealousy, and guess what? It does! This way, nobody feels left out. Birthdays are a family celebration, after all. At least they are in the 4 B household! 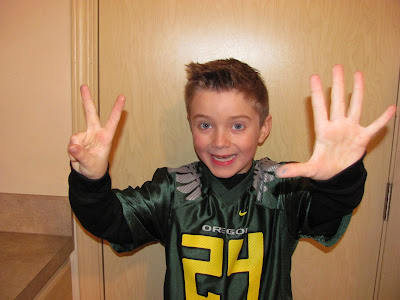 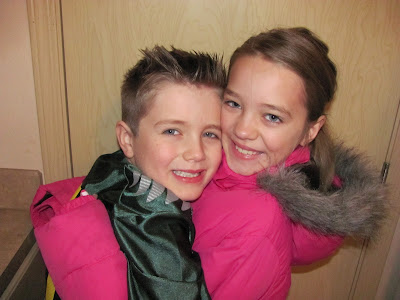 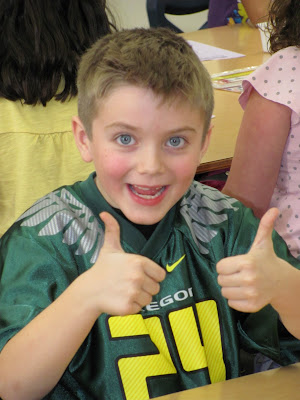 Britt at his desk - we brought his class Batman cupcakes. Brailey's teacher let her come across the hall to help distribute the cupcakes and napkins, and to enjoy one herself. They were MUY DELICIOSO! 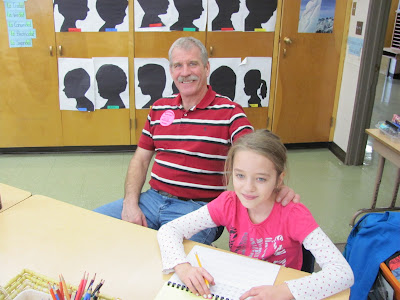 And then, we got to go back to Brailey's classroom to watch her give a presentation on a report she wrote about Thomas Edison. And it was wonderful and extra special that Brady was able to be there for both "events!" Brailey did a truly fabulous job - we were very proud of her. Ironically, Thomas Edison was born on February 11th, also (same day as Britt!). 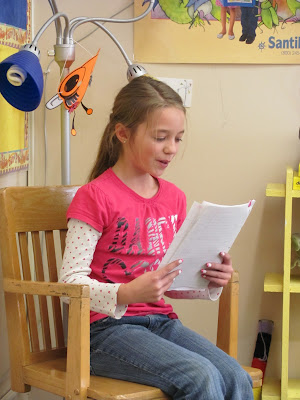 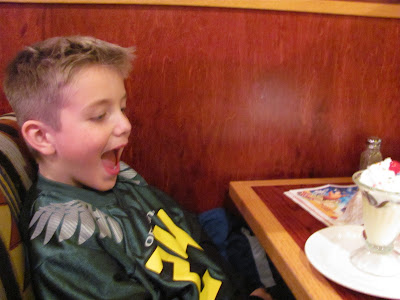 This was Britt's face when they brought him his birthday ice cream and sang to him at Red Robin, a first for him. He loved it! 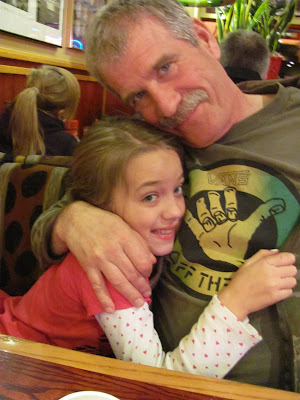 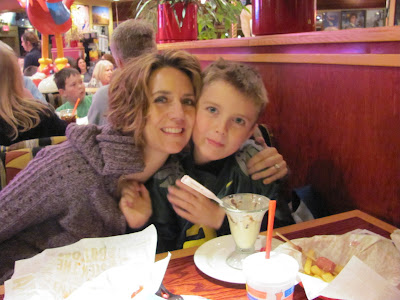 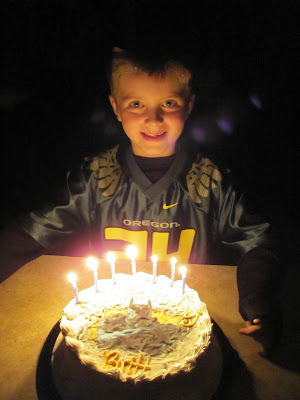 Yes, the cake was Batman, as well. He's been very "into" Batman, lately. What can we say? 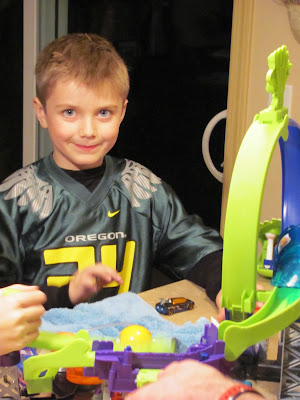 And this is one of his favorite new toys. He was thrilled with all his gifts and happy and I think he felt like a celebrated birthday boy. Had I been thinking, I would have put him in his real football jersey from Pop Warner, which as you may remember has a number 7 on it. Darn it! But, the point being, Britt really, really, really missed his dad while he was gone, and so we wanted to make it a special day for him, and I think we succeeded. I really can't believe it has been seven years since he was born. I was terrified to have a boy - when we found out he was a "he," my heart went PANG and I thought, "WHAT AM I GOING TO DO WITH A BOY?" He's the only boy in our family. And he's also my Mama's Boy and Little Dumpling and Pumpkin and everything amazing that little boys are to their mothers. He has brought so much joy to our family, it is indescribable.
at February 15, 2011