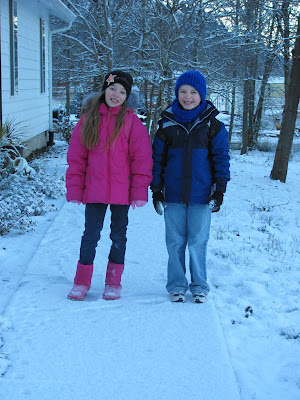 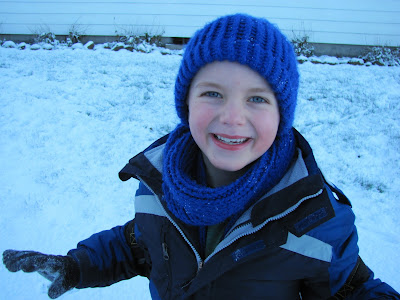 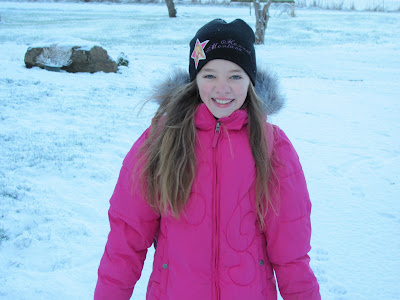 Last week we had a "snow day" at home, where they cancelled school due to the snow and ice. Ironically, it turned out to be a beautiful day, with the sun even making an appearance in the afternoon. But that night, it snowed at our house even more, and we just knew there wouldn't be school again... But there was! Because guess what? There was no snow in town! The snow stopped at the McKenzie River, and it was colder than you-know-what, but there wasn't a flake of snow to be found anywhere in Eugene. Which is obviously why they didn't cancel school... The B's went out and tromped around in the snow we had at our house before they left for school, but it was so cold they froze in just minutes. And sadly, even though it was a super cold day, by the time we got home, all the snow was gone. Snow much for the snow in Coburg - it was short-lived, but oh-so-appreciated while it was here!
at March 04, 2011