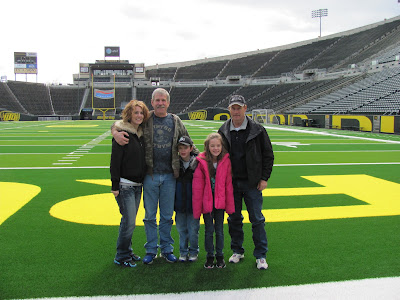 Can you guess where we are and who we're with? Uncle Frank, Brady's brother-in-law (his older sister's husband), flew all the way from Weatherford, Texas to judge a horse show in Eugene. We were so thrilled to see him! He had only seen Brailey once, when she was a year old and the flower girl in his oldest daughter's wedding, and it was his first time meeting Britt. Needless to say, we had a big time with him! It was only a short time that we were able to see him, but we enjoyed every single second. 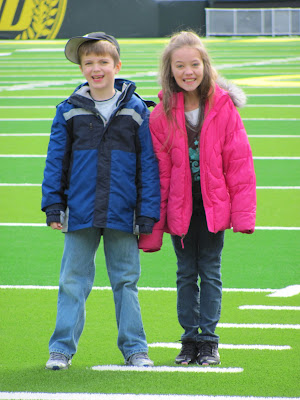 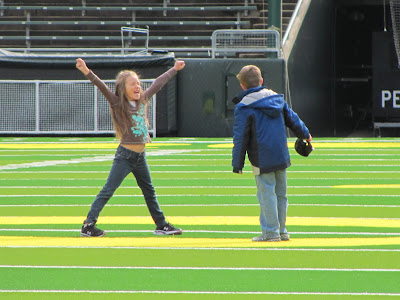 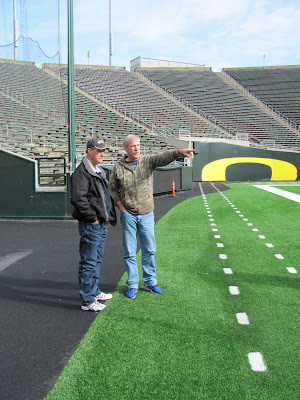 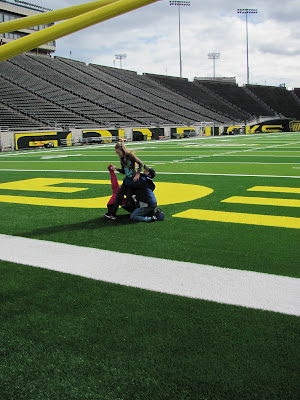 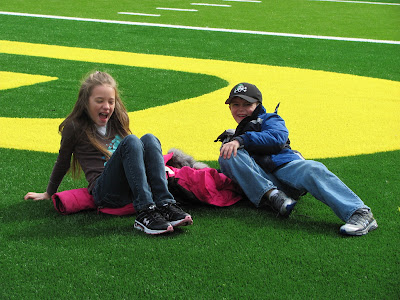 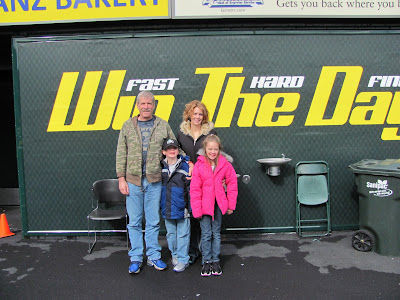 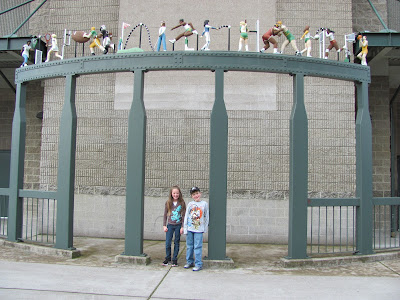 Have you figured out where we were, yet? Did the pictures provide enough clues for you? Amazingly, Brady got us into Autzen Stadium, the famous field of the Oregon Ducks. It was so cool! Of course Frank said it was because of him being from Texas and all, since Brady did say, "He's from Texas." I think it was just one of those magical moments. The sun was even out! We had the entire stadium to ourselves, and the kids were in heaven. Britt was running all over the field, pretending to play football, and then he just couldn't help himself and tackled Brailey. Brailey ran to the center of the field, directly in the middle of the big "O," and danced herself silly. Honestly, I don't know who was more impressed - Uncle Frank or The 4 B's... It was awesome! 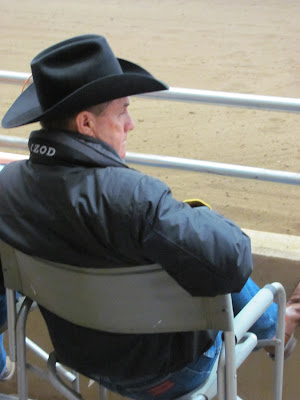 We stopped by the horse show for just a second to see Uncle Frank, and here he is in his judging seat, doing his "thing." We hope he gets to come back to judge it next year, and somehow we will get Aunt Cindy and Gramma Diggy up here, too, and it will be a mini family vacay/reunion! Truly, it was so much fun to be around Frank, because he is "our kind of people." He is family-oriented and funny and so easy to be around. Brady keeps telling me we we are going to move to Texas, someday, and after spending time with Frank, I can see that it would work... So who knows? Only time will tell. In the meantime, we enjoyed having Texas come to us. And he's not one of those phony-baloney Texans that just moved there and tries to have an accent - he was born there! And he doesn't even have an accent - so how about that?
at March 21, 2011