Fun at the Eugene PBR! 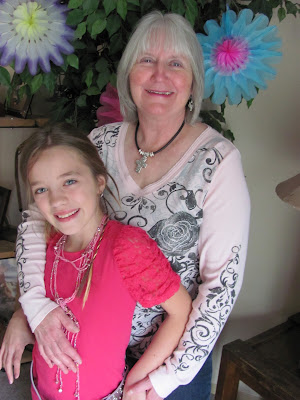 Two of my favorite people in the world, my mom and my daughter. The two "besties," as they call each other, all dressed up and ready for fun at the PBR... 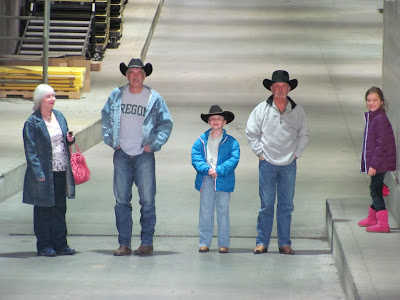 And more of my favorite people in the world, walking down the hall at the brand spanking new Matthew Knight Arena! 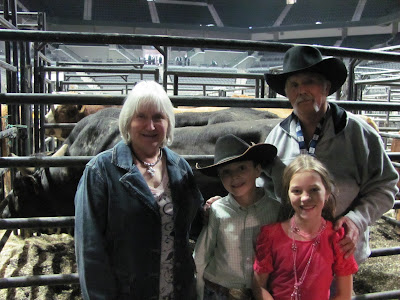 My little B's with my parents, in front of the bulls. Right after this picture, my dad just couldn't help himself - he had to pat one of the bulls on the back, which made the bull stomp and throw his head. Only my dad would be brave enough to do this! 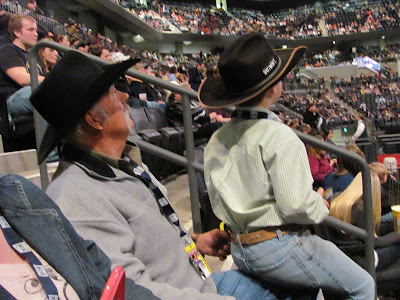 Brittster Man sitting on Papa's lap before the "main event," watching the big screen up above. 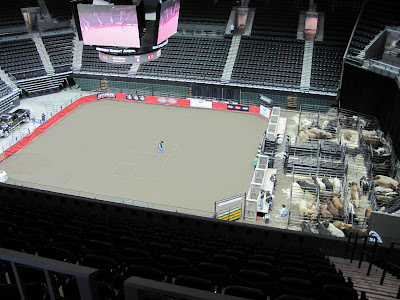 This is what it looked like from up top. We were able to walk around and check out the new facility before the show started, and it is amazing! Truly, this building is something special. And the arena they created was the absolute perfect size! See all the bulls? 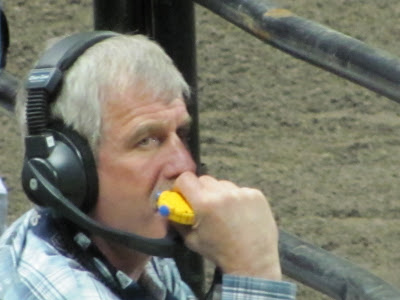 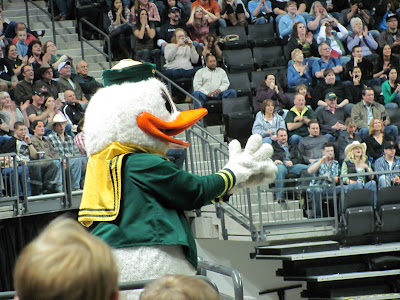 The Duck made an appearance! He gave the clown, our friend JJ Harrison, a football jersey. Even though JJ is a Washington Cougar, he put the Duck jersey on for the remainder of the show. He's a good sport, and he was so hilarious - he did a great job entertaining the crowd. 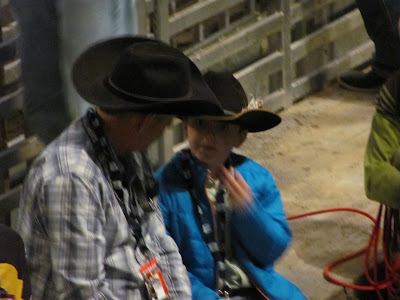 Britt and Brady in deep conversation during the intermission. They are so cute to watch... There's just nothing like that father/son bond, is there? 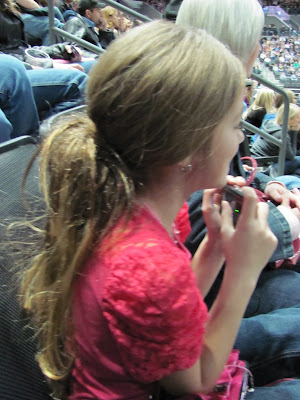 My sweet little photographer, Shaye-Shaye. She looked so pretty! And she and Britt both got put on the "big screen" for their "dancing." Brailey got to be on there three times! Brady and the little B's were also interviewed after the show for the news, so once I find the clip, I'll post it for all to see. They did such a good job! It was an amazing night and we all had a fabulous time. 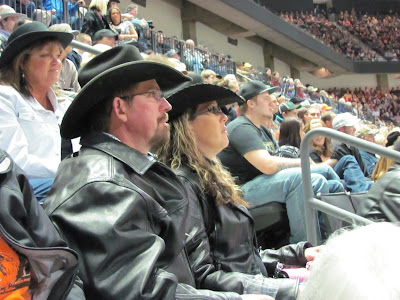 Here are our friends, Robert and Stacy Jo Hartley, enjoying the show with us. This was their first PBR, and now Stacy is ready to buy a bull! The 4 B's LOVE the Hartleys, so it was super fun for them to be there. It was wonderful for my parents to be there, as well, and nobody had more fun than my dad. He got to check out the entire building, and was even taken on a personal tour, which is right up his alley. He was like a little kid in a candy store! We all had a good time, and it was a special day that we won't soon forget. And now, we're all looking forward to next year's show!
at April 04, 2011