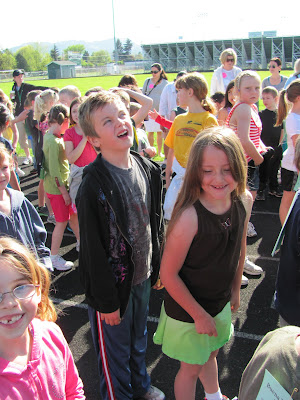 This was Britt's first year for the annual Jog-A-Thon, so he didn't really know what to expect. He was excited, though, and in this picture, he is checking out the big banner of balloons, which you will see below... They were the first group of the day. 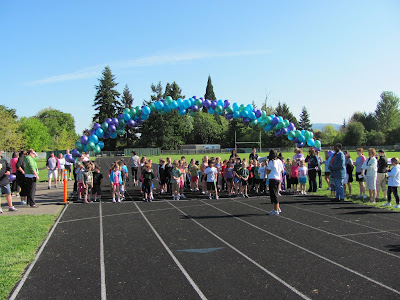 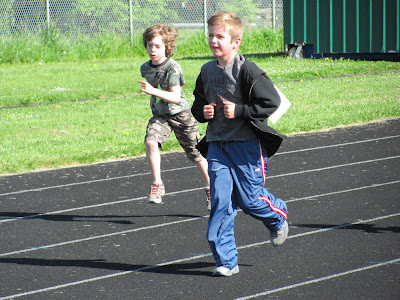 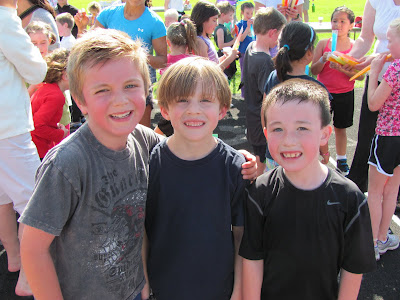 He made 11 laps! And if you count the walk to and from the track, it was over 3 miles in one hour. Not bad for such little guys, huh? Here you see him with two of his best friends, Daniel and Brooks. 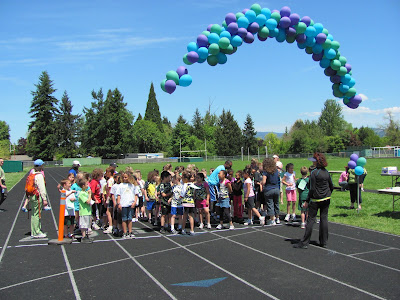 Brailey's group was the last of the day, and  you can see some of the balloons took flight into the sky by this point. But the level of excitement from the kids was the same, so it really didn't matter. 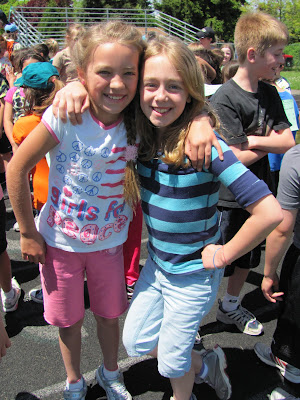 With her bestie, Carrie, before the big "run." 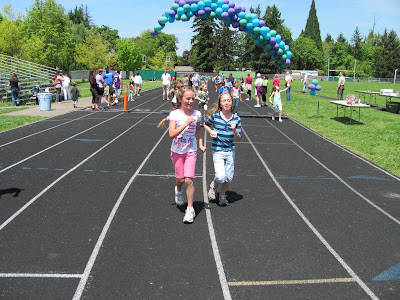 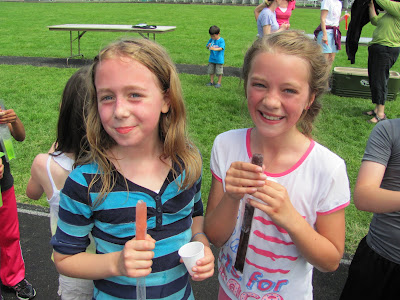 Brailey made 11 laps, also - such a good job! And every kid was treated to a frozen juice stick, Popsicle, or whatever you want to call them. It was such a beautiful day, and the kiddos were so hot from all that exercise - the treats were well appreciated! Brailey poured several cups of water on her head - she wasn't the only one. I got a little sunburned (it already tanned, so now I have an icky tan line!) on the back of my neck - forgot about having short hair! Anyway, another successful Jog-A-Thon come and gone. What can we say but WOW?!
at May 23, 2011