Last Sunday's Mitey Mite football game was a tough one... We played Marist, and those Catholic boys were tough and onery! And also all third graders. Our team, on the other hand is almost entirely second graders. (If I sound like I'm making excuses, OF COURSE I AM! Isn't that what mothers do?) Anyway, our boys, Brittster Man and Griffy Boy, did just fine. They never left each other's side almost the entire game - every time Kim and I looked over, there they were, together, which was actually a delight for Kim and I to watch. I'm sure no one else even noticed, but she and I were thrilled to see the comfort they get from one another's presence, on and off the field. And then I started thinking about their numbers, and how even though they are different, they go right in a row! 4-5-6... How cool is that? Super cool, if you ask me! Anyway, it was adorable and I thought it was a fun way to share some Pop Warner football pictures. Enjoy! 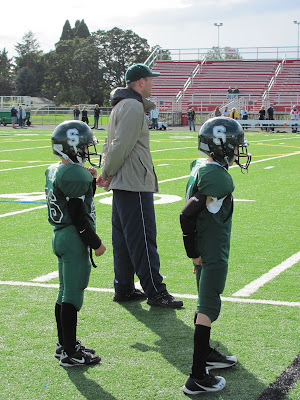 With Brian, Griffin's dad, who is one of the coaches (he is one awesome coach, too! Coach Dad and Coach Uncle Brian...). 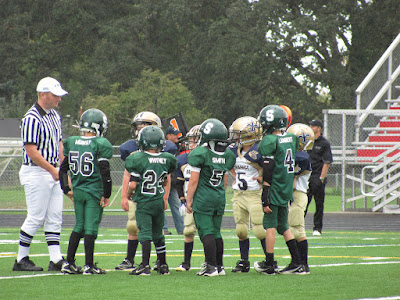 Before the game, they were chosen to be Team Captains. 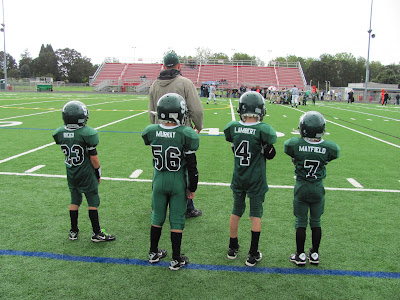 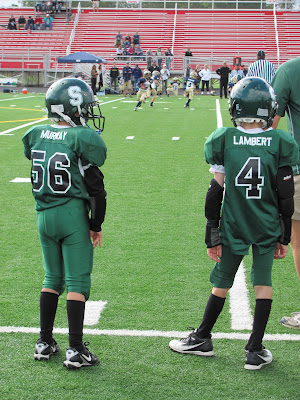 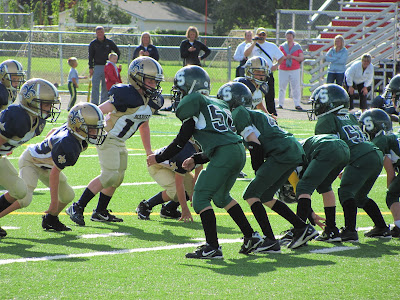