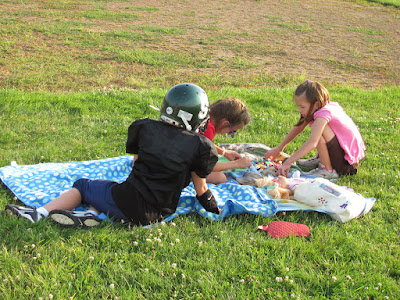 Britt just loves to be with the girls... This is him during one of his water breaks at practice. 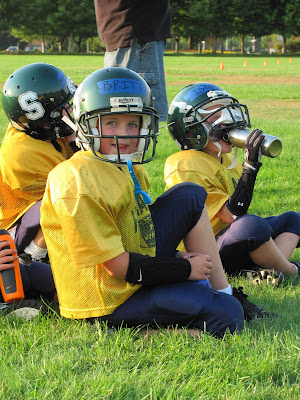 During a scrimmage with the other Mitey Mite team. Brailey and Brady were able to go for another trail ride this weekend. This was my camera zoomed in as far as it would go, hence the fuzziness. But look at that horse flesh - NICE! 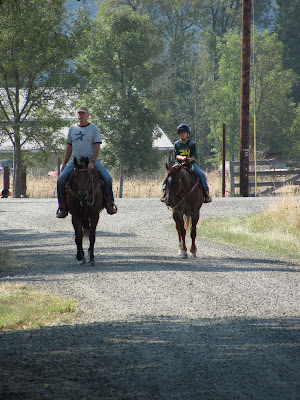 And Britt got to go on a little trail ride, too. His first one riding all by himself in the field. He was all "ducked out" for the game. 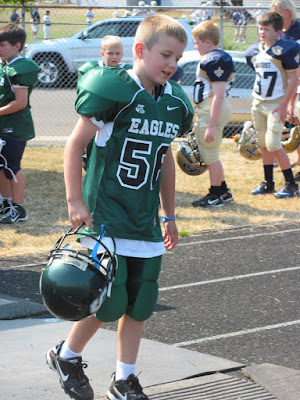 All ready for the first games of the season - the Pop Warner Football Jamboree! 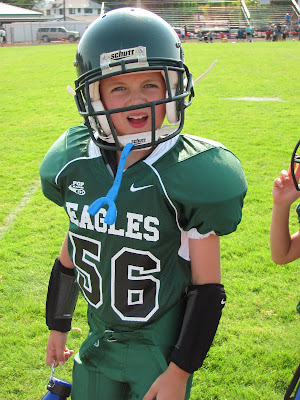 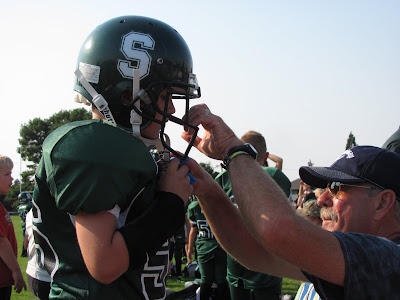 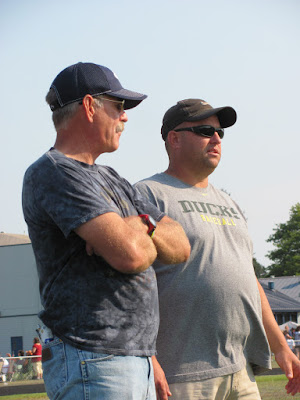 This is Brady with one of the friends we made last year in Pop Warner, but he's on the other team this year, because there were too many kids. So he's coaching this year. We miss him! AND his beautiful family! Football dads are so funny! Football is serious business, you know... 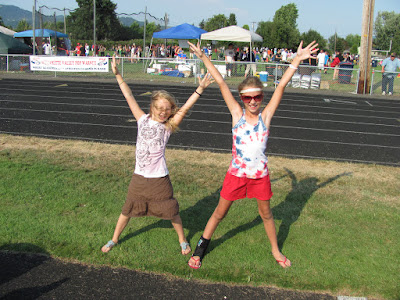 Brailey and Sydney made up a cheer for the Sheldon Eagles - it was super cute, and I filmed it. This is the end pose... 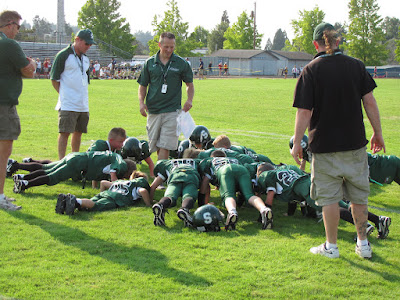 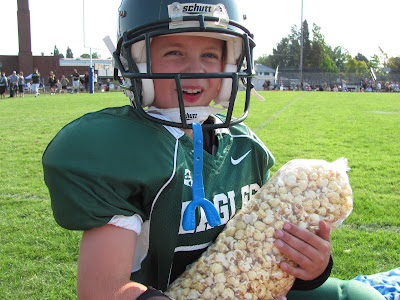 Britt loves kettle corn more than anything in the world! So he was ecstatic to have this big bag to enjoy (well, not ALL of it, but some) - his reward for all his hard work!
at September 13, 2011