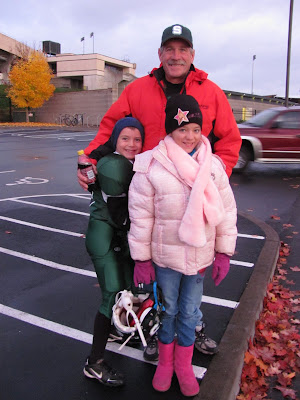 Oh yes! Saturday found us at the world famous (one of Brady's favorite phrases) Autzen Stadium, bright and early in the morning! 6:50 AM bright and early, as a matter of fact. But guess what? The weather was perfect - it wasn't unbearably cold and it didn't rain. What more could we ask for? The boys had a great time playing their final game, and they were thrilled with the Pop Warner Football medals they received afterwards. And the parents were thrilled to hear their boy's names called on the loudspeaker as they ran from the tunnel onto the field. It was super  cool! 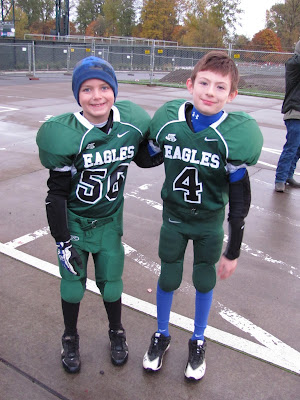 Hanging outside the gates before the game. 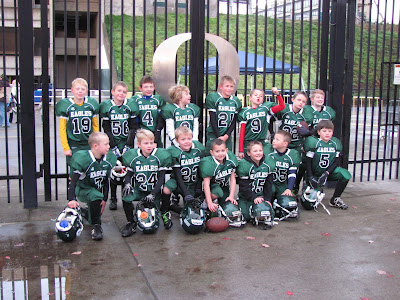 Look at my Mama's Boy, smiling at his mother with her camera... 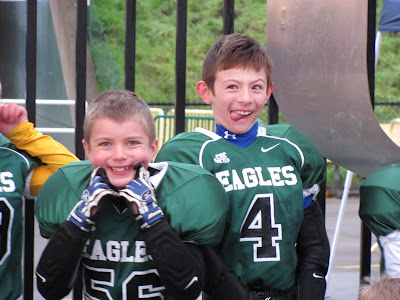 Their coach said, "Goofy Smile!" Our boys were the CUTEST, of course! (Hey - my blog, remember?) 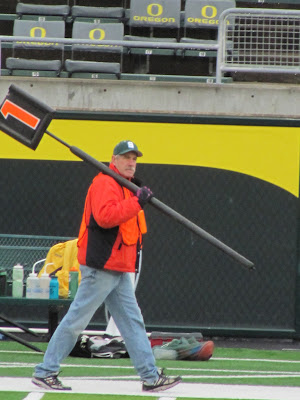 Brady got to be part of the "Chain Gang," and so he was down on the field with Britt. As you can see, he took his job very seriously. So cute! 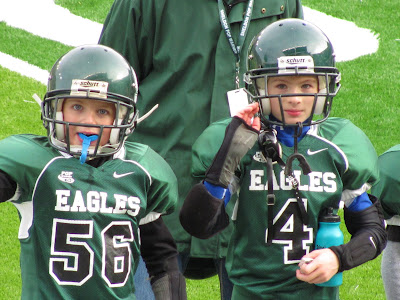 After the game with their medals. So proud! 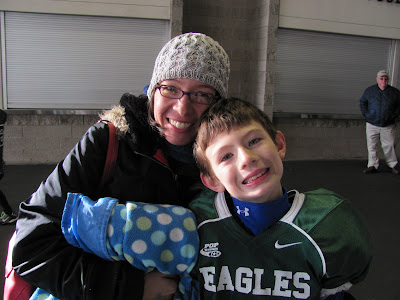 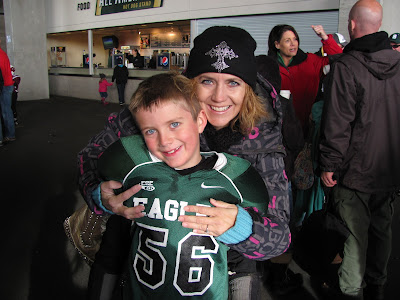 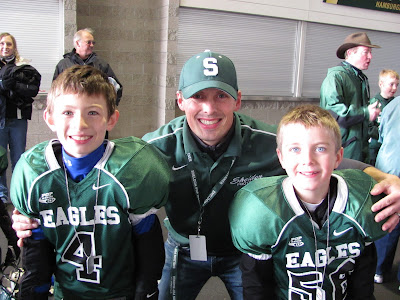 Head Coach Jeremy with the two Mama's Boys, who were, by the way, the absolute BEST LISTENERS on the team. OH yah! 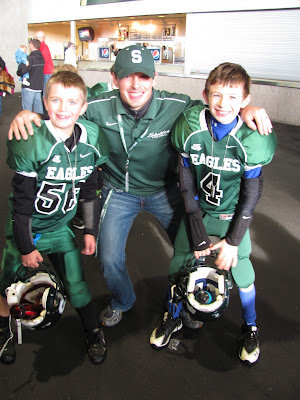 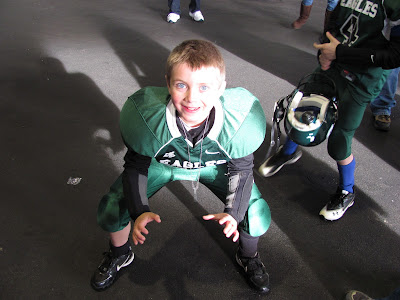 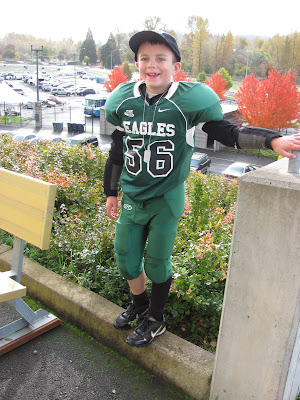 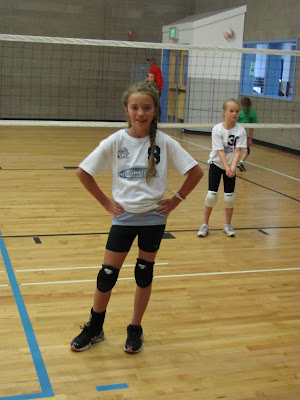 And NOW, we are on to VOLLEYBALL! YAY BRAILEY SHAYE! She has been pretty darn sick, and she was still puny on this day, but she rallied and made it through her two games in the afternoon. This after getting up BEFORE the crack of dawn to attend her brother's game at Autzen. She only had one practice going into these games, but by the end of the second game, she had her "bump on." She did great! 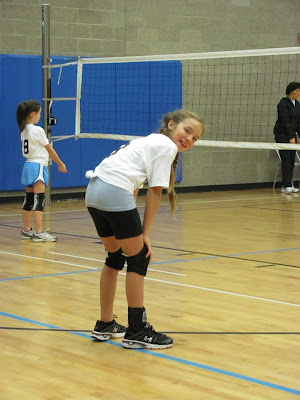 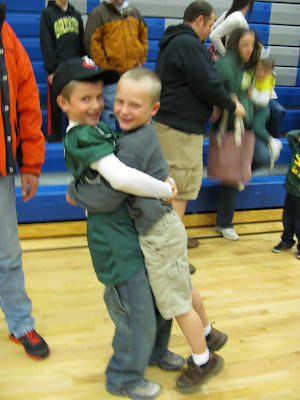 Britt with his teammate Isaac, who is also the brother of one of Brailey's teammates. They were thrilled with themselves! 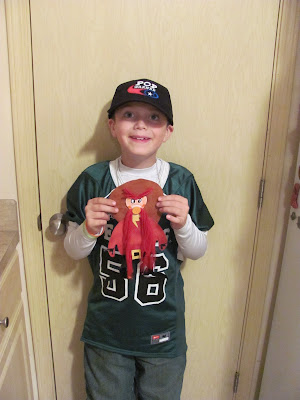 And this is Britt's Yosemite Sam turkey we decorated for his class project. What do you think? Does it look like "Sippity Sam" to you?
at November 15, 2011