Can you believe it? Britt, 8 years old? Wow... Where does the time GO? He had a great birthday - we had a little Surprise Party for him and Griffin (who turned nine on the 7th of February), at Putters on Thursday. Griffin missed out on the Lazer Tag fun during their football party in the fall because he was sick, and so we kept it a secret and set up a fun little family party for the two Birthday Boys. Lazer Tag, pizza and presents - a boy's dream! We even surprised the girls, and they were just as happy as the boys. Britt was blown away, and couldn't even sleep that night from all excitement and fun he had. We all had a great time! 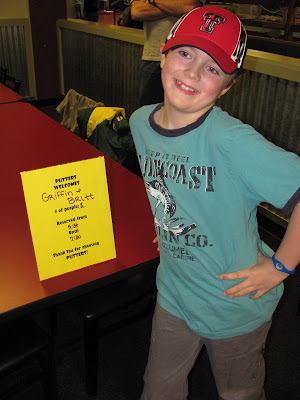 We walked up to this table, which Kimmy had reserved, and there were their names on the reservation sign. Britt said, "What's this? Britt and Griffin? That's weird..." And then Brady and I yelled "SURPRISE!" And he was so happy and grateful. He said we are the best parents in the world! He said he thought maybe there was another Britt and Griffin or something... When he knew it was for him and Griffy, he was ecstatic! 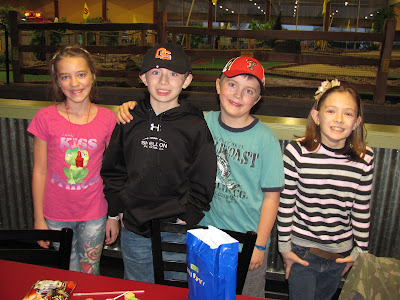 Aren't they SO CUTE and HAPPY? 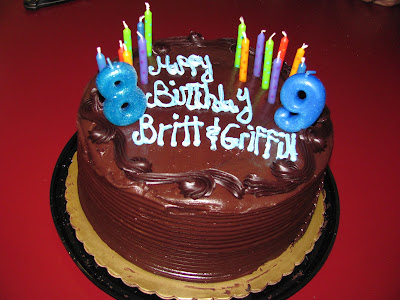 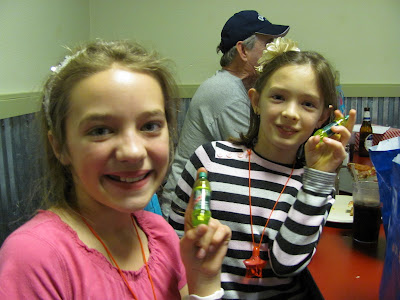 The two darlings with their Mtn. Dew chapstick from Kimmy...Brailey is now OBSESSED with hers! 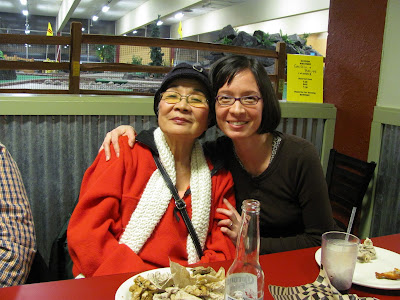 Our beloved Kimmy and her mother... Aren't they gorgeous? They are both amazing, and I love them! 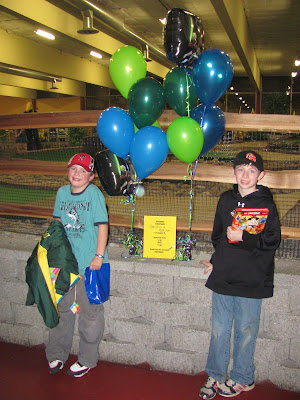 The two cutest Birthday Buddies in the world! They had a BLAST! 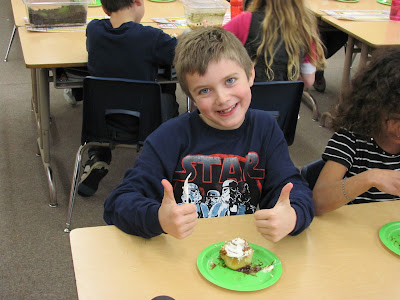 And the fun rolled on into Friday... I brought Cinnabons to Britt's class in the afternoon. He wanted to keep with "Brailey's tradition," as he called it. She brought Cinnabons to her class when she was in Sra. Downes' second grade class, and so Britt wanted to do the same. The kids loved them, and the best part is that they were on sale! We had the leftovers for a birthday breakfast on Saturday - Cinnabons and bacon. 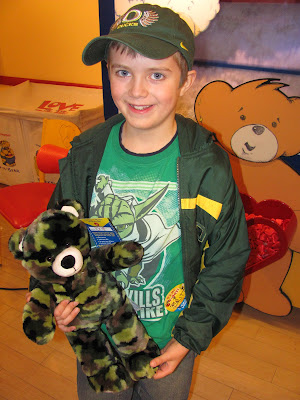 One of the things Britt wanted to do on his birthday besides shopping was go to Build A Bear Workshop, and since I always give both kids a gift on their birthdays, it was perfect for my B's. It was our first time there, and they had SUCH a good time! They were so thrilled with the entire process, and Britt said, "It's so amazing how they just bring them to life!" I'm glad he's secure enough with his manhood to enjoy something like this. 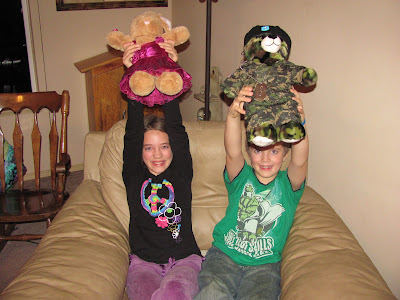 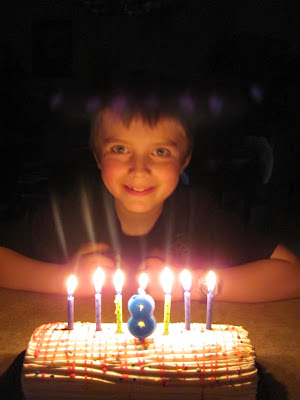 And the end of the birthday weekend... We had his Dairy Queen ice cream cake Sunday night, after Brady got home from Yakima. He was so exhausted from all his birthday fun (he woke up at 5:45 Saturday morning), he went to bed early Sunday night on his own and he is still tired this morning. A successful birthday celebration, for sure!
at February 13, 2012