See that yellow belt? Britt had a big karate test last Saturday, and he is now an Orange Belt! He had quite an audience of people to perform in front of, and he was the first one to go. For a kid who only does karate once a week, he was amazing, and of course Brady, Brailey Shaye and I were so proud of him! 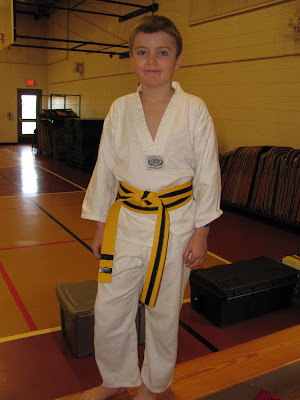 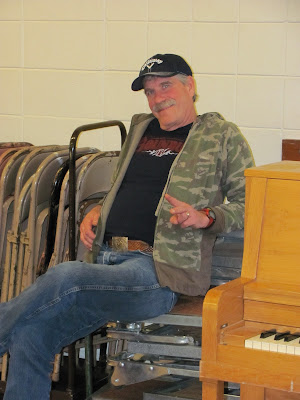 The super-cool dad, Brady Murray. The bleachers get a little hard on backs after a while, and so he had to move to more comfortable seating for a bit. Nice of him to pose for my camera though, eh? Handsome man! 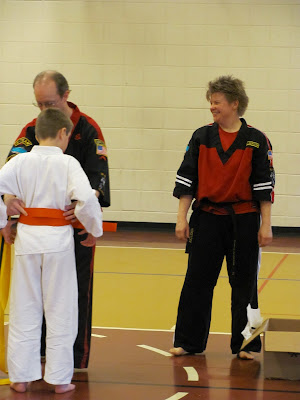 Getting his orange belt! Britt was so proud and excited. Here you see him with his Karate Instructor, Rikki. Britt truly loves karate, and it is so good for him to learn. The testing procedure really inspired him - he got to see all different levels of karate, and he's been doing his "moves" around the house ever since. 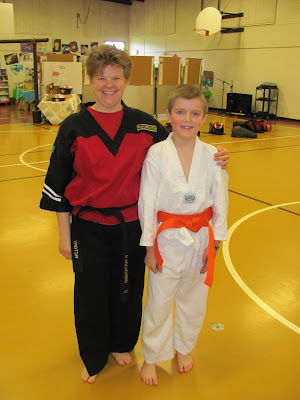 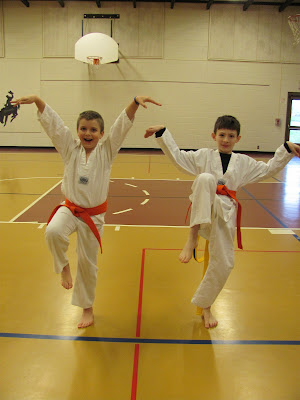 And here we have TWO Orange Belts! Griffin was sick on the day of testing, but he was able to test during their next karate session. I have to admit I was a little irritated they wouldn't pose how I wanted them to - they were being quite goofy. But the pictures actually turned out great, and now they are happy memories! Truly, they are such adorable little boys and good friends. Kindred spirits... And Karate Kids! 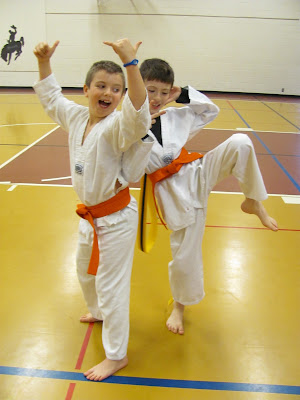 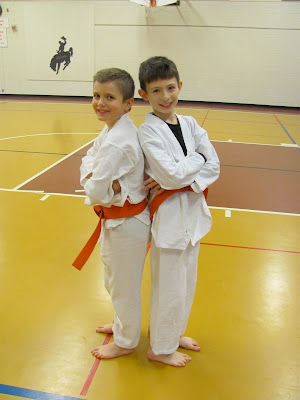 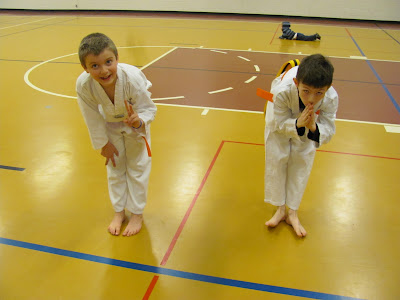