Yes, snow. That was the big news last week. Whoopteedo! The surprising thing about it this time was that it was totally unexpected, at least for Brady and I - we had no idea it was in the forecast! The other surprising feature was the amount of it - there was quite a lot of the nasty stuff. For the valley, that is. Like I always say, "if you know me at all, then you know I" and you fill in the blank here. This time the blank reads, "HATE SNOW!" No, I am not one of those people who loves the stuff and just lives to have "Snow Days" at home. QUITE the opposite. And our latest experience makes me hate it even more.

Why, you ask? Let me count the reasons... Although I do love to have my B's home with me, I was really looking forward to having them out of school a little earlier than usual this school year. You see, our school district had just announced the last day of school would be June 12th, which is almost a week earlier than usual. NOW, however, with our two Snow Days and no school, I'm sure we'll be going to school until it's practically the 4th of July. (Yes, I'm being dramatic, but that's how it feels to me!)

The snow wasn't so much fun for my B's this time around, either. Unfortunately, we lost our power first thing in the morning, and it was a cold snow, so even after they were out and about playing around in it, they were still cold when they came in. I couldn't warm them up with their usual cup of hot chocolate. And the snow was so much wetter and thicker than last time, our little quad couldn't pull the sled Brady whipped up for them, and they ended up getting stuck. So while most everyone else was out having fun and coming into a nice, cozy, warm house, we were in a freezing cold house, with not much to do. I was unable to work, because we were not only without power, but also the Internet. We couldn't even snuggle up and watch a movie! I managed to set off every fire alarm in the house with all the candles I had lit, trying to get some warmth into the place. We missed our favorite show, Only in America with Larry the Cable Guy. Did I mention we were COLD? Poor us. No power is NO FUN. We ended up getting power in the early morning hours the next day, but my Internet didn't get fixed until the end of the week, which was extremely nerve wracking, because I had things that needed to be done for my job. But you know what? It was a good lesson in patience for me, and there were some good things that happened, too...

We went to one of our favorite restaurants for supper, IHOP. Brady got to stay home with us, and he managed to get his entire workbench in the shop cleaned. We played a new board game the kids got for Christmas from their Aunti Nicoley and had a great time with it - Jr. Pictionary. We made an adorable snow man, whom the little B's named Billy Bob the Snowman. The little B's had a sleepover in our room. And the next day, the kids and I went on a fabulous walk to explore the water the snow left behind. It was nice to have that extra time with my B's - they were as magical as ever and provided me with plenty of entertainment.

So there's always a silver lining, I'll admit it. But here is the moral of the story - snow is only fun if you have power, and no matter what, I do not like it. 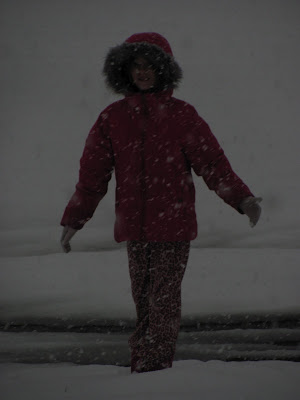 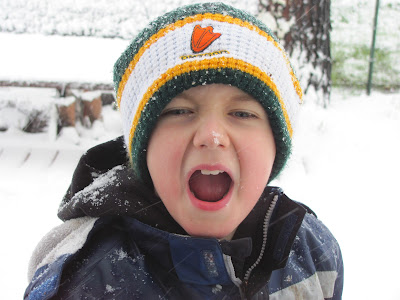 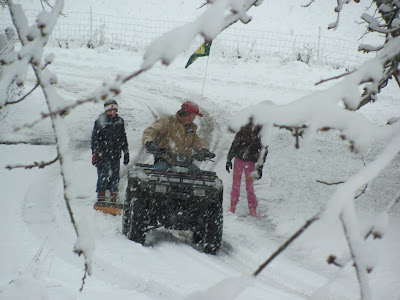 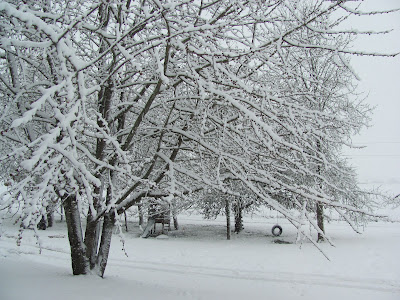 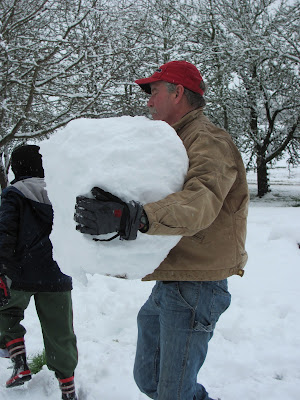 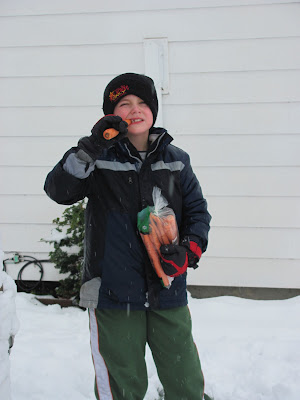 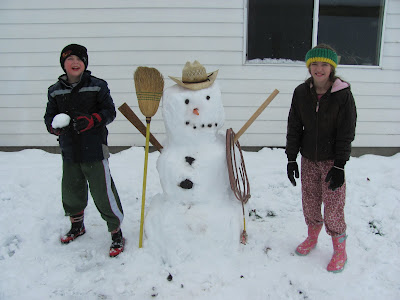 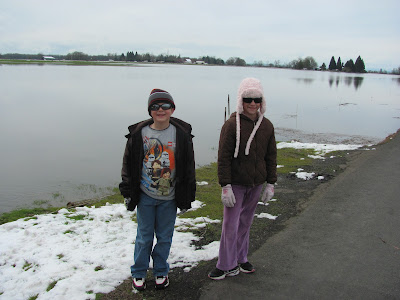 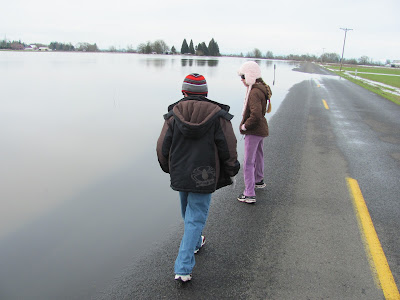 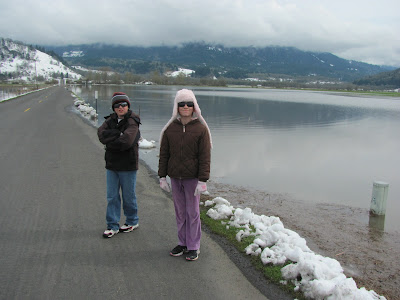 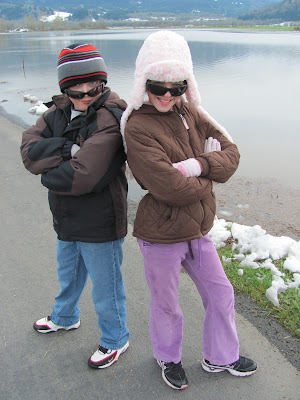