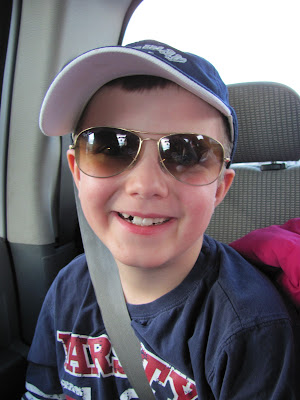 Britt in Brady's "Eric Church" sunglasses, lookin' groovy! And Brailey Shaye in my big old shades - I swear they don't make a style that she doesn't look good in. We were on our way home from the Portland area after a busy day. The sunshine was a welcome sight! 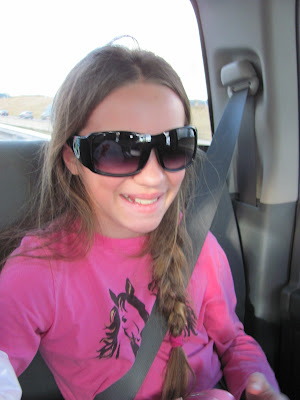 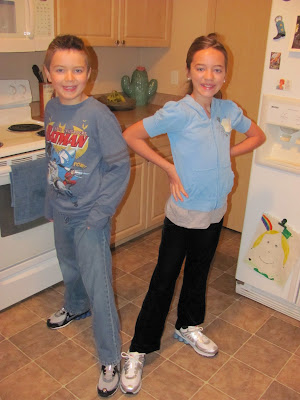 It was time for new tennis shoes - they both grew out of their ones from last year. So on our way home Sunday, we stopped at the Woodburn Outlet Mall. First, we hit Under Armor, which is my favorite shoe, but they didn't have much of a selection for kids, this year. We bought them both really cool Under Armors last year at this time (the ones they've since grown out of). So, on to the Nike store, which is Brady's favorite, and they had a wonderful selection and good prices and WAH-LAH! We found some shoes! And the mom in me is thrilled, because they are both the same style, so it is kind of like I have twins, you know? Brailey's have sparkles all over them, which she loves. After they wore them yesterday, they came home gushing to me about how wonderful they are - you see, they have springs in them, and both kiddos felt like they could run and jump like Super Heroes! Yes, these shoes are that fantastic! I'm grateful they appreciate them. Hopefully they will last another year... 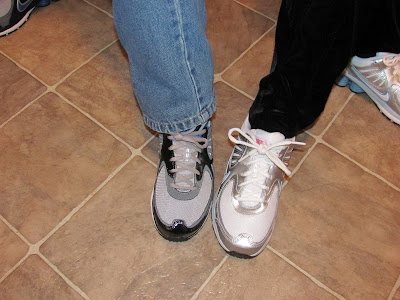 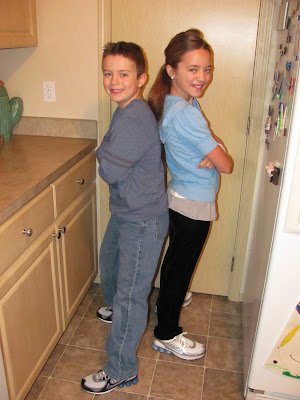