The New Editions - Blossom and Rose 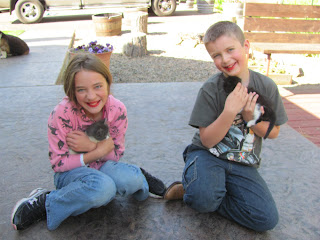 At last! The little baby kittens were finally ready to come to their new home with The 4 B's. Brailey has been waiting and waiting and waiting ever since she found out we were getting them. And they are so stinkin' cute! We had anticipated they would be cutie-pies, but they are a absolutely darling! Britt wasn't as excited as Brailey was to go pick them up, but now he is just as in love with his kitty as Brailey is hers. 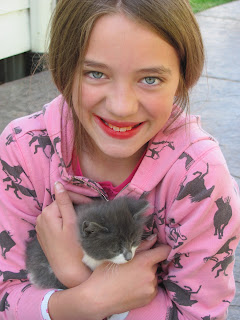 This is Blossom, so named because of Brailey's love for flowers (that was her explanation). 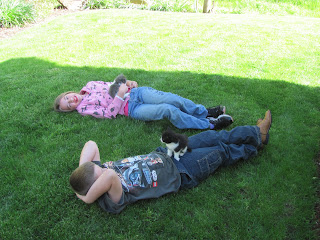 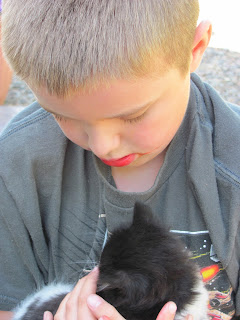 And this is Rose (named after Rose in Titantic - imagine that! But it does go with Blossom, right?) 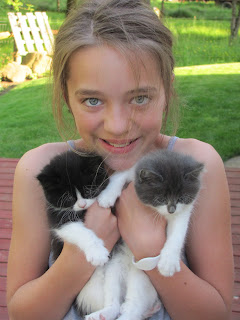 Brailey got to "babysit" them while Britt went to his First Communion class. Seriously, are they the cutest little kittens you've ever seen or what?!
at May 08, 2012