Brailey did an amazing job pretending to be Princess Diana! She presented to her class yesterday, and even though she was a bit nervous, she was able to use the British accent she had practiced with (see previous post for video). She wrote the entire content by herself, and I was so impressed, because she really had Princess Diana's language down, using words like "dearly," and speaking in a sweet, soft voice, capturing her audience's attention completely. She even managed to mimic Diana's mannerisms! Thank goodness for Aunti Nicoley suggesting she do the "looking down and to the side" thing, one of the hallmarks of Diana's persona. I showed Brailey some footage from YouTube of Princess Diana speaking, and she was mesmerized and blown away with how lovely she was. We had a big time putting her costume together, and I am sure she will be wearing it many more times. I am truly a proud mother, I'll admit it, but I do think Brailey's natural talent was able to shine through on this project, and I hope her teacher loved the presentation as much as her dad, brother and I did. She was fabulous! 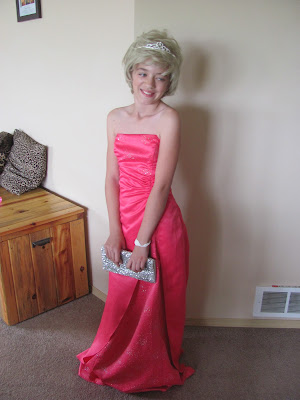 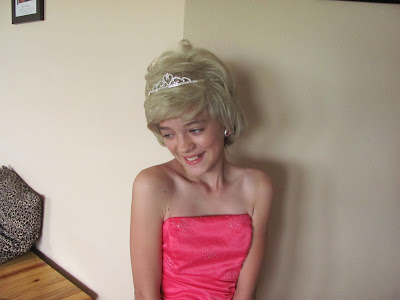 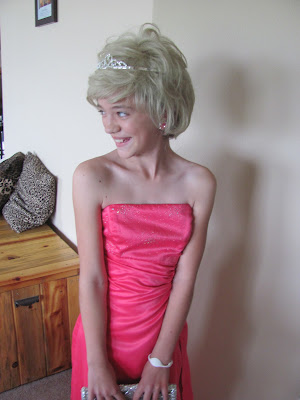 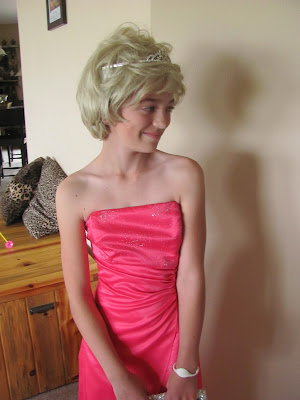 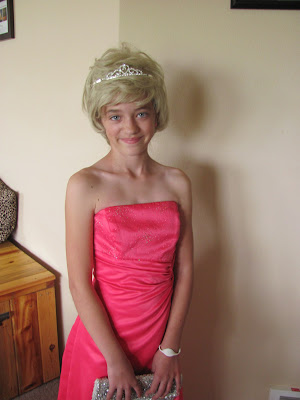