We ended the school year with Karate Testing down at their Sensei's Dojo in Creswell. They did great! Rikki is such an awesome teacher, and she has first class helpers. It was Brailey's first time testing, and she was super nervous, but she earned her first belt! And Britt is excited to finally be able to "spar!" They both love karate, and we are very fortunate their Sensei keeps it affordable for us. Thank you, Rikki - you are the best! 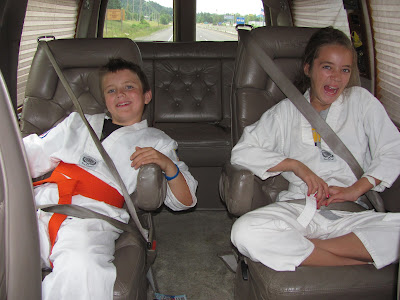 The drive down, in "the van," which I will tell you about in a future post... You won't want to miss it! 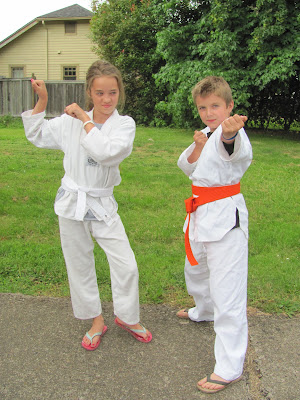 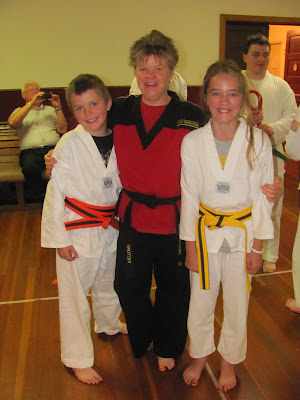 After testing, with their Sensei and new belts! 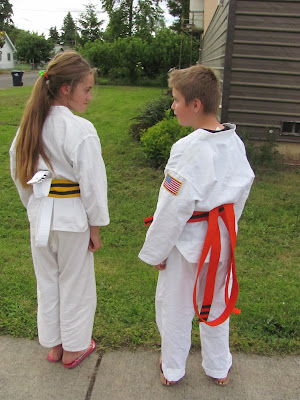