The Man From New York Who Isn't My Boss

Allow me to introduce to you my boss, even though he says he isn't, Doug Blancero, Senior Vice President of JP Associates, Inc. Doug is the one in the lavender shirt, and he's standing next to one of JP's rock star School Improvement Specialists, Desmond Bobbett. They spent the past week in Eugene, Oregon at the ADI Conference. I was thrilled to see Doug, whom I only get to see in person once a year but talk to on the phone plenty, and to meet Desmond for the first time. They are both a lot of fun to be around! 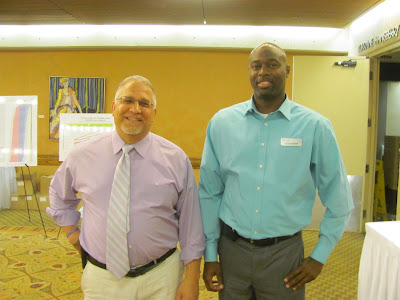 After the conference was over, the little B's and I kidnapped Doug and brought him out to our homestead before taking him to the airport. Doug is GREAT with kids, and my kids have loved him since they met him last summer. He is wildly entertaining and could literally be a stand up comedian. He's originally from Brooklyn, so some of his words are a bit different than my B's are used to hearing, but he had us all laughing so hard, Brailey said her stomach was killing her. Doug is a super fun person and a great boss, even though he isn't my boss... 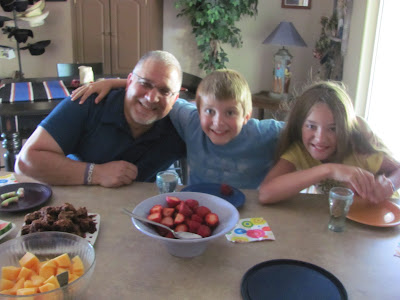 Enjoying a light snack before we gave Doug a tour of the "ranch." 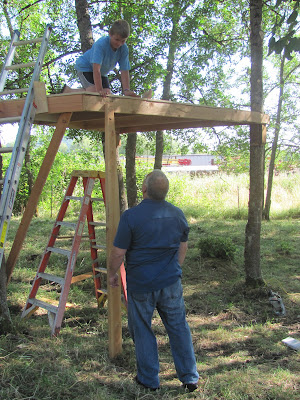 Britt is showing Doug the super cool "Tree Platform" that Brady is building for the little B's. I mistakenly called it a "Tree House," and Britt corrected me with "Tree Platform," which is much more accurate, at this point, of course, but funny, as well. Doug was a trooper, stomping through all the horse poo in his town shoes without a single word of complaint! He even climbed over the gate, because somebody (a boy whose name starts with a B) told him the gate didn't work... The gate does work, and I was quite mortified, but Doug handled it like a country boy. 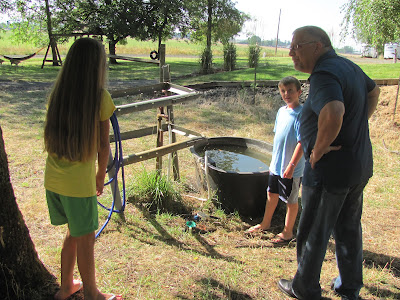 Here you see Doug teasing Brailey about her "favorite" gold fish that died and she was "too lazy to bury it." Serious giggles! 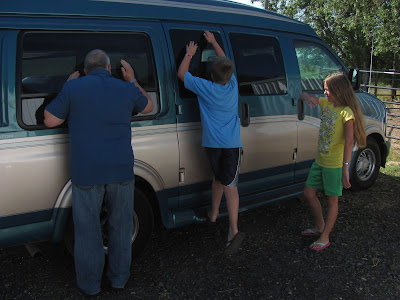 Of course we had to show Doug the famous "van!" 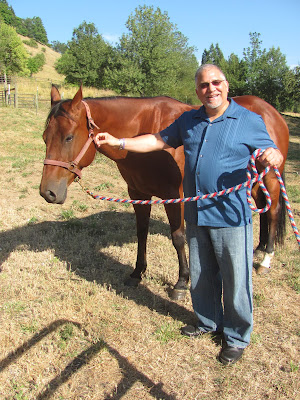 Here you see him with Maggie. We had to prove to him once and for all that horses do not stink! He fell in love with Maggie and thought she was a sweetheart, and Maggie loved the attention. 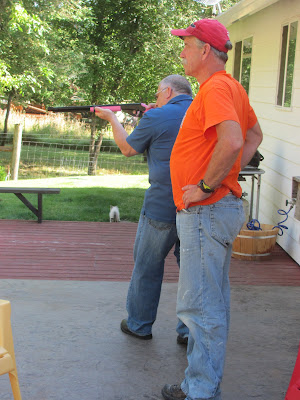 Brady had Doug shooting a target with Brailey's pink BB gun - he nailed the target! 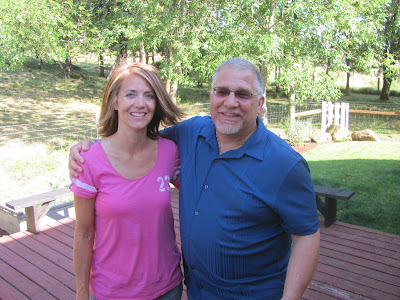 Me and the man from New York who isn't my boss. 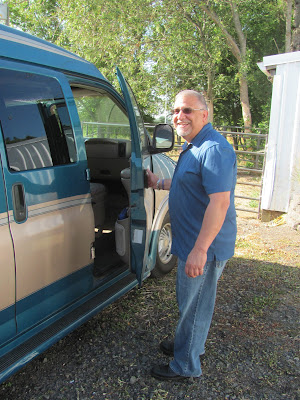 We delivered Doug in fashion to the Eugene Airport. And he loves our beloved van! We had so much fun with him, and I can't wait until we travel to New York, someday, and he shows us all the sights in his neck of the woods. In the meantime, I think Doug likes Oregon country. After all, what's not to love? 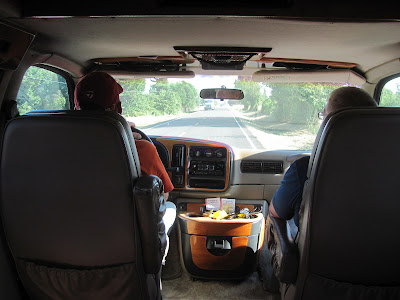