Party Time with The Dailys

We spent our Sunday evening after the Ross Coleman PBR with some of our dearest friends, The Dailys, and we had a blast! Steve put up a brand new pool for the kiddos, and they had a big time playing in it and staying cool, since this was one of our hotter days of the summer. They say a picture is worth a thousand words, so I'm going to let these pictures do the talking. 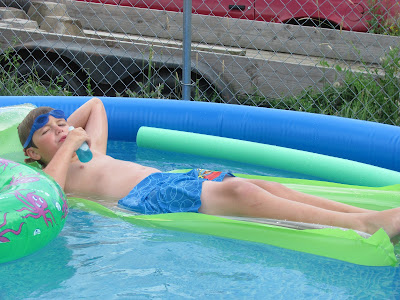 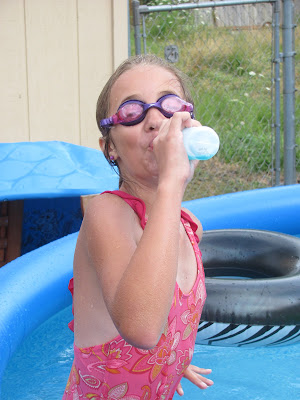 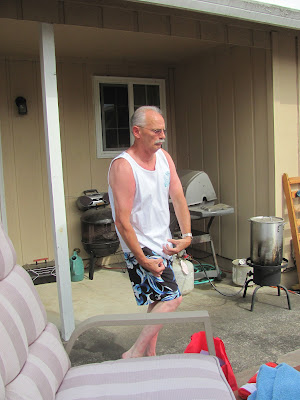 Steve showing us his form. He got fried by laying in the pool for over an hour the day before. He is one funny, fun man! 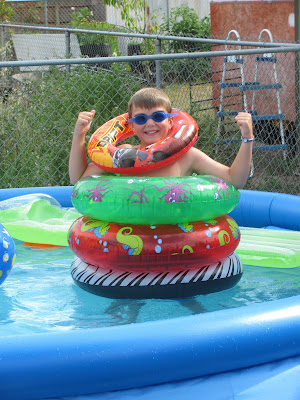 The Michelin Man! And Girl! 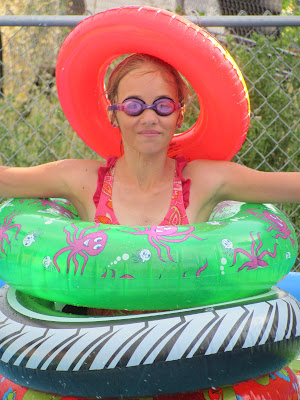 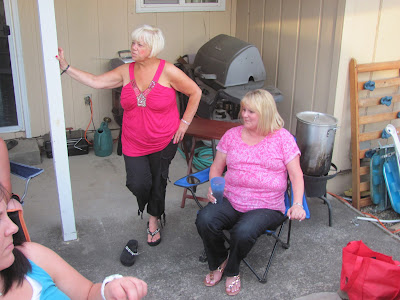 Steve's wife Jeanne (standing) and her best friend Darlene - these two love to pick on each other, and it is hilarious to listen to. 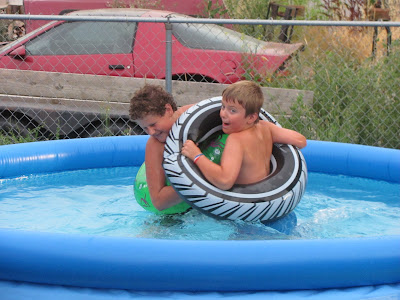 Britt and Brady - yes, you read that right, the curly haired boy is also named Brady - were Sumo Wrestling in the pool. They had a ton of fun playing in the water! 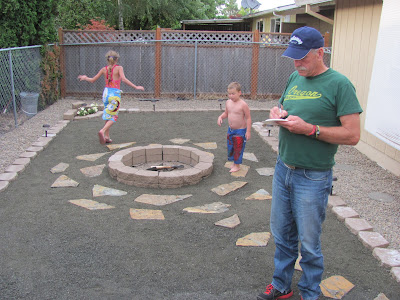 Steve just redid this part of his backyard, and it looks super nice! He had a contest to see who could guess which solar light would come on first. It was just for the kids, to begin with, but the adults wanted to get in on the fun, too. And he paid the winners $5.00! Heidi (Steve and Jeanne's daughter) and I were just one light off from winning it... The light we picked comes on LAST! What can we say? You win some and lose some. Darlene was one of the winners, and she gave her prize money to Brailey. Lucky girl! 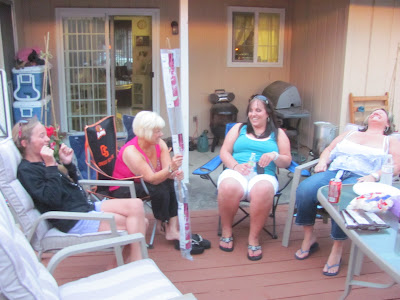 Here Brailey is telling a secret about her dad... I said, "I won't tell you what they (we were talking about peanuts) do to Brady," and Brailey said, "I will!" and everyone said, "Oh tell us, Brailey, tell us!" So Brady said, "Go ahead," because he is always good-spirited when it comes to things like this, and then Brailey got the giggles and turned bright red and told them what the big "secret" was. We were all laughing so hard it hurt our stomachs! 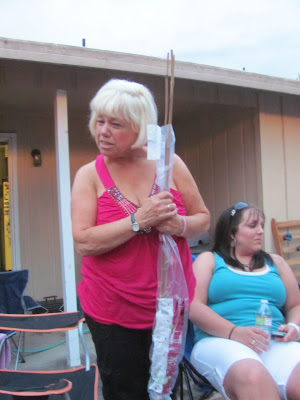 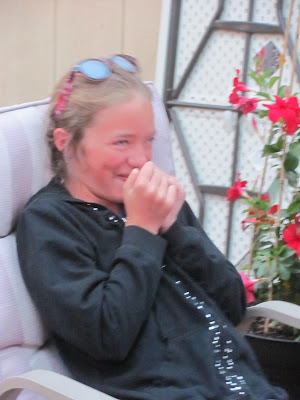 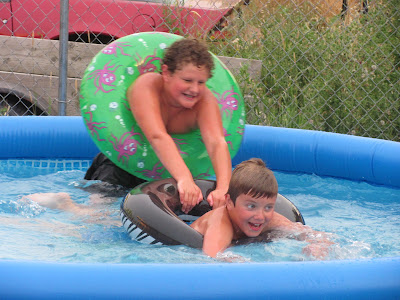 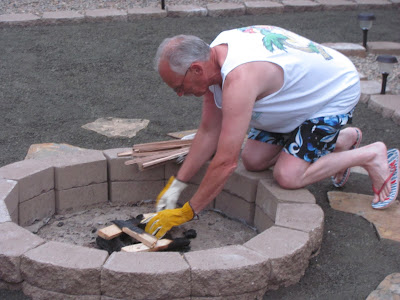 Steve built us a fire to roast marshmallows for S'mores. Note the gloves... Next, he got out the hose, and then after the fire was going, he was worried the smoke was blowing into the neighbor's house. So Brady said, "Well, what do you want us to do, Steve? Try to blow it back?" More laughter ensued... 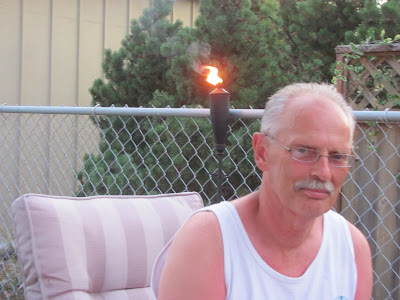 And Steve with the cool Tiki Torches behind him. All four B's had a great time at their BBQ! The food was absolutely delicious, and the company was even better. I guess I couldn't help myself, after all - I had to help the pictures tell the story.
at August 09, 2012