We look forward to it every summer, and this year was just as great as ever! The Coleman Family is so kind and good and FUN, and we enjoyed ourselves immensely. Yes, it was hot, but by the time the show started, it had cooled down. There is just nothing like the "Ross Coleman," as people call it, and as far as bull ridings go, it is the absolute BEST! 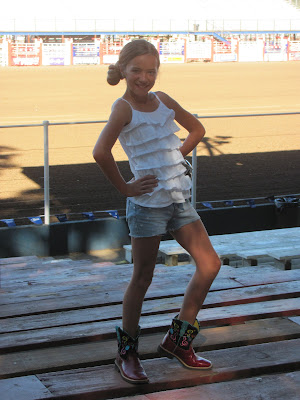 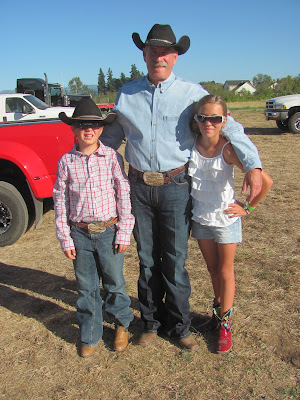 My good lookin' B's, ready for the night! 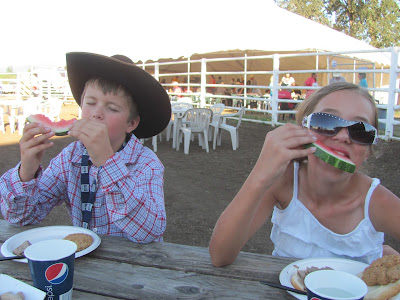 The VIP Tent is famous for its good food. My B's said, "Take a picture of us eating this delicious watermelon so we can show it to Doug!" And so I did... (Click here if you missed the post about Doug and you are curious.) 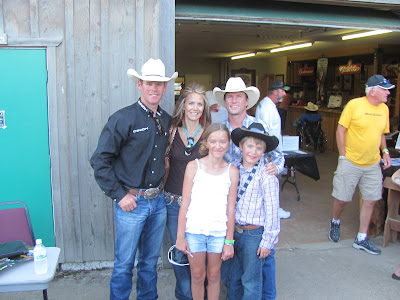 I love this picture! We got to meet World Champion Justin McBride (behind Britt) and get a picture with him AND Ross. I was thrilled! I was only going to get a picture with the little B's, but Brady said, "Get in there," and I thought, "Why not?!" Ross is always a gentleman, and Justin was just as kind and charming as he could be. 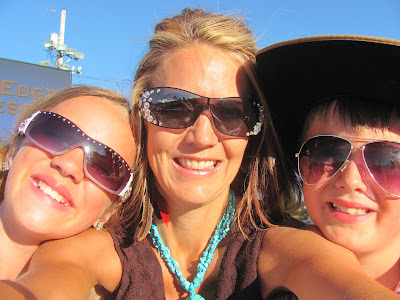 We took this picture ourselves as we were sitting on the haystack bleachers and waiting for the show to start. 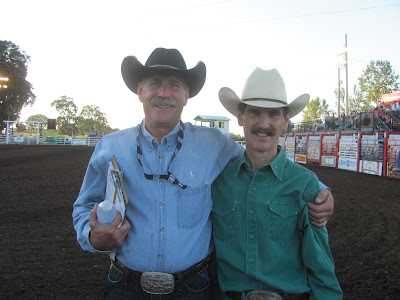 Brady and Father Ed Coleman. Father Ed is Ross' uncle, and one of my favorite priests! He is such a kind man, and he took down Brady's scores. He also gives and invocation each night during the opening ceremonies, and it gave me chills on Friday night, because EVERYONE responded "AMEN!" And that just doesn't happen. Father Ed is a special man to say the least. And it's a good thing he was there, because there was a lot of drama with cowboys getting injured, so his prayers were needed. 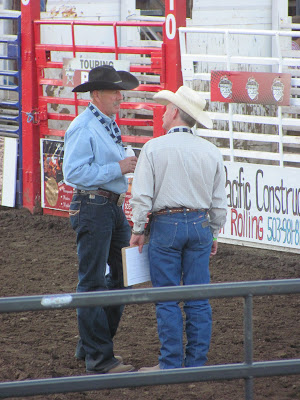 Brady and Clint Corey. They are always RIGHT ON with each other in their scoring, which is not only super cool, but uncommon. Note Brady's awesome jeans, also. He liked them when we bought them, but after wearing them, he thought they were "too low." He doesn't like "low riders." I told him it doesn't matter how they FEEL... LOOKS ARE EVERYTHING! That's fashion, baby, that's fashion. 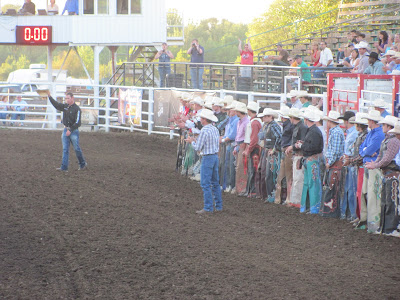 All the cowboys lined up for introductions with Justin McBride standing in front and Ross Coleman coming out with his hat raised to the crowd. 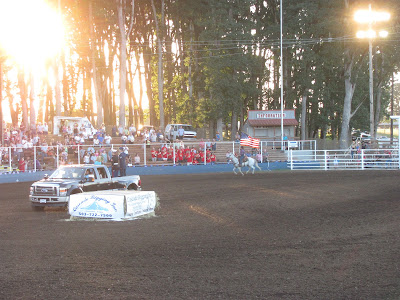 Ross' sister, Bridgett Winn, always carries the flag for the National Anthem, and I thought it looked so pretty with the sun coming through the trees. She runs the bulls out every year, and she is such a COWGIRL! She can ride and rope with the best of them, that's for sure. Super impressive! AND, she's the one who gave us our precious Little Gaga, (click here if you want to read about her) so we are big fans of Bridgett to say the least. 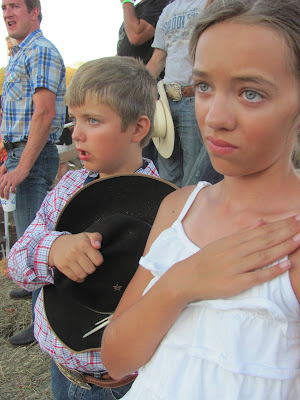 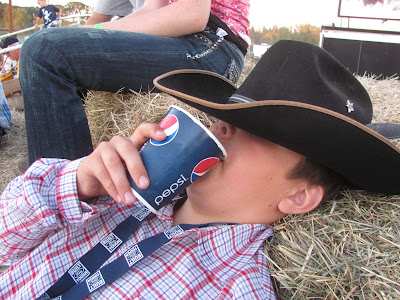 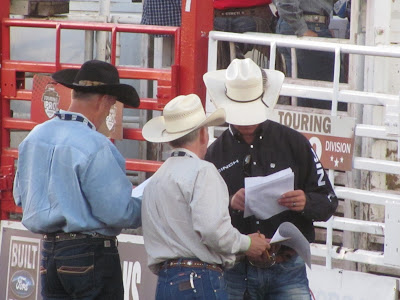 Brady (in his super cool jeans!), Clint and Ross, discussing scores. Stay tuned for tomorrow's post, which will cover Day Two of the Ross Coleman Invitational PBR 2012!
at August 06, 2012