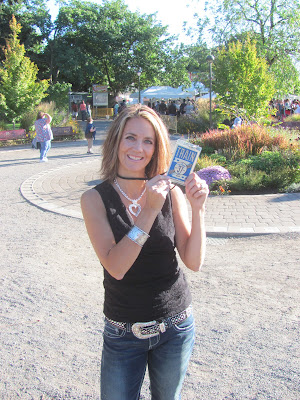 Way back in April or May ((I can't even remember, now!) Brady and I bought tickets to see Train. A VIP package! I was so excited I could hardly stand it! After we bought them, Brailey said, "Well Mom, you can cross THAT off your bucket list." She knew it was my dream to see and meet Train, my most favorite band in the world. To tell you the truth, though, as the date for the concert got nearer, I actually felt stressed out about it. This has been one of the busiest weeks we've ever had, and it was a school night and I haven't been sleeping for some crazy reason and I just didn't feel excited the way I thought I would. Until we got to the concert, that is. And then everything fell into place and I had the time of my life! It was so great to have Brady there with me the whole time, and we met some really cool people from Idaho (two aunts who surprised their freshman niece with a VIP Meet and Greet while taking her to the U of O). Sadly, Pat Monahan woke up without a voice, and he couldn't talk to us, so the Meet and Greet part was kind of sad, because he looked so worn out and I felt bad for him, and then I rushed through what I wanted to tell them and sounded like a complete idiot, but hopefully they got the gist of what I was trying to say, which is that I love their music, EVERY SINGLE SONG, and his voice and the lyrics and music speak to my soul and have given me so much comfort in some of my darkest days. It makes me want to cry (just like in the song Bruises!) even thinking about it. What I love about Train is their SPIRIT, because it is so obvious what great, good men they are. And the best part of the concert is that Brady got to see that generous spirit in action - he was blown away with how giving they were. Pat took pictures with people's phones, gave away tons of t-shirts, brought little girls up on the stage to be "mermaids" (they all got signed t-shirts, too!), gave a little boy in the front row a signed guitar, threw out Train California 37 beach balls to the crowd (we got one!) and then stayed after the concert to sign more stuff. They are SPECIAL people, that Train band, and I'm so glad Brady and I experienced it together. The only thing that would have made it better is if all four of the B's were there together, but they spent the evening celebrating their cousin JJ's birthday, so they had their own fun. 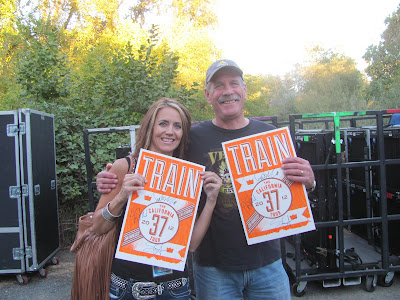 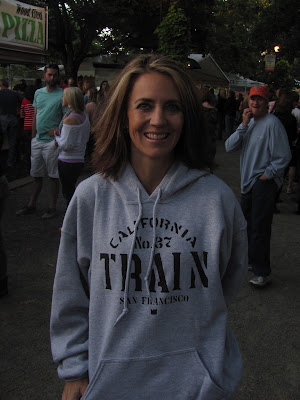 My new sweatshirt! I was going to get a shirt, and Brady talked me into this sweatshirt, and I'm so glad he did - I love it! 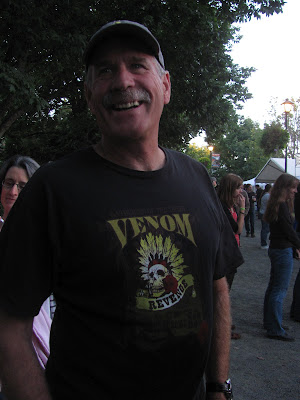 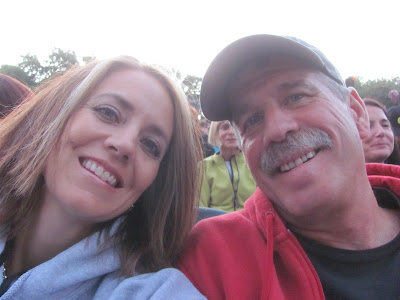 Train had the most amazing light show with 3D effects and for a medley of songs from the past, they put up the album covers, which I tried to capture. Remember "Meet Virginia?" One of my favorites! 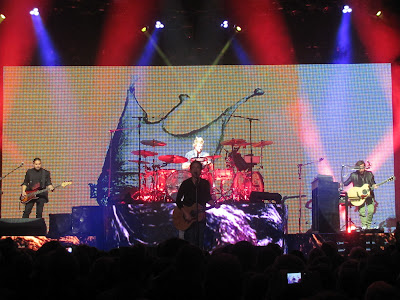 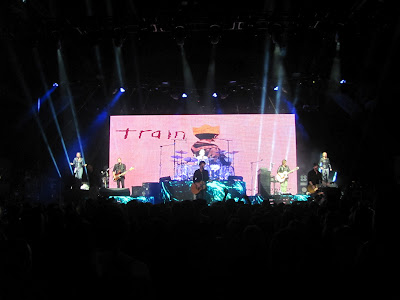 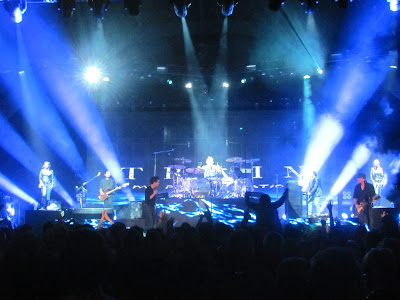 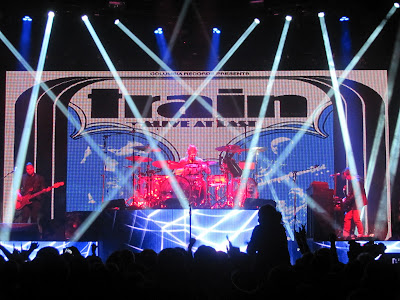 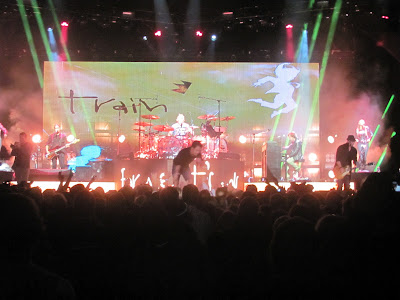 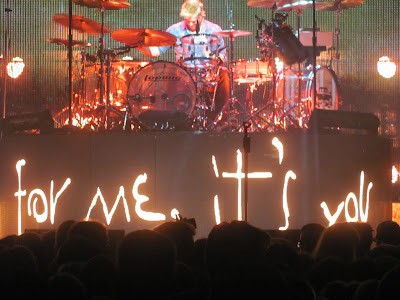 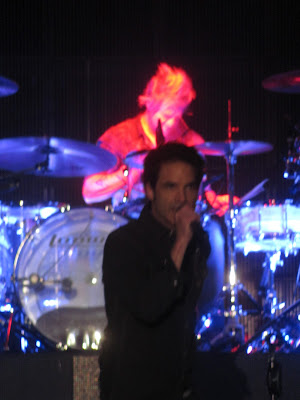 The wonderful, handsome, amazing Pat Monahan. I was so worried he wasn't going to be able to perform after meeting him backstage, because it was obvious he didn't feel well, but he couldn't have been more energetic or "on." He is somethin' special, that's for sure. Now run to the store and buy their California 37 CD - you won't be sorry! With Train, you can't go wrong. They are such a class act. A true class act. And now I love them all the more!
at September 27, 2012