All dressed up and ready for Christmas Eve Mass. Our traditional "before" pictures... It is fun to see how much they have grown over the years, even since I have started this blog. If you go back into prior years of December, you can check them out. They are bittersweet for me - happy pictures, but why do they have to grow so fast?! 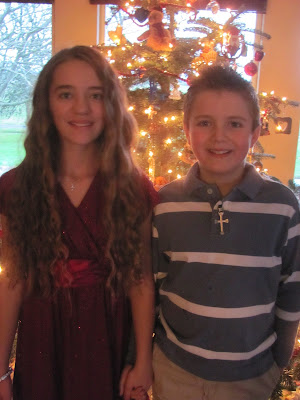 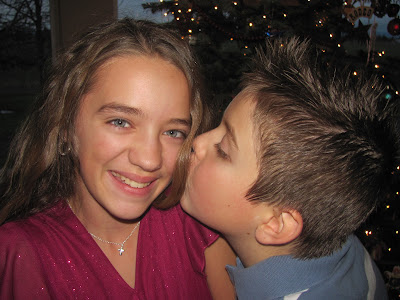 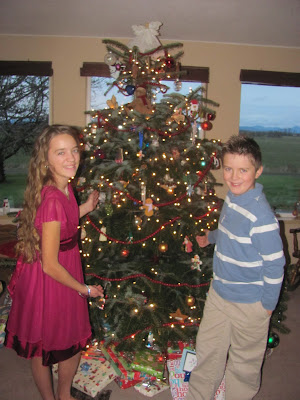 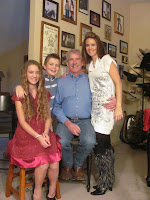 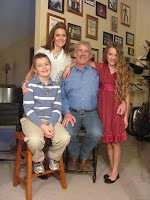 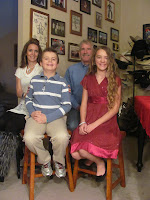 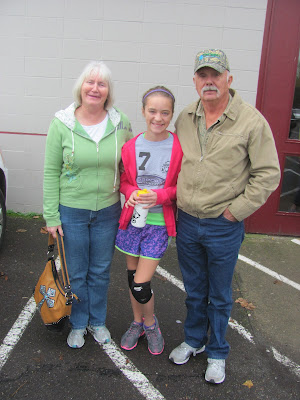 Grandma and Papa made their way all the way from Harney County just to watch Brailey Shaye play volleyball! It was a great season with lots of learning curves and growth. I helped coach, for the first time, and it lit the fire in me that has been a small flame for a while, now. Truth is, I LOVE VOLLEYBALL! If I could go back in time, I would focus on volleyball and be a beach volleyball super star - oh yah! I love it THAT MUCH - I can be THAT CONFIDENT. I would trade my high school basketball shoes in for volleyball shoes in a heartbeat, if only I had a time machine. I didn't like it when I was in high school - bad coaching experience. I know that sounds belligerent, but when you don't have someone who knows what they are doing and can't even teach you the basics and are only worried about their own kid's success (yes, you can read between the lines, here), it makes it hard to enjoy any sport. A few years ago, though, I met a professional beach volleyball player, now retired, and he helped Brailey and I her first season of volleyball. And everything he taught me stuck, and that is where my love for the sport really bloomed, although I have always loved watching it. And I am thankful beyond words that Brailey loves it, too! And next year? I am signing Britt up to play, as well. The great thing about volleyball is that every kid gets to play the same amount, and they all have the same opportunities - that ball is going to come their way at some point, no matter what. I really, really love volleyball! 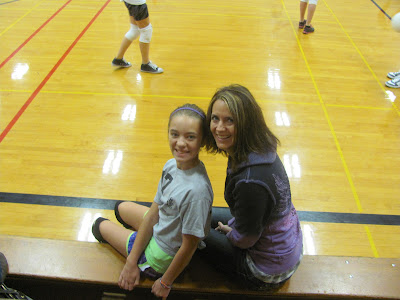 So anyway,  Brailey's school was put with the girls from Coburg, so we had eleven girls in all. The pro to this situation was a great gym to practice in close to home for us and the girls being able to scrimmage. The fly in the ointment was that there were too many girls, so they didn't get the same playing time as other teams who only had 5/6/7 girls on their teams. They also didn't play together enough to really get a rhythm down with each other - chemistry, you know? We had a lot of girls that were playing for the very first time, also, so a mixed bag of experience. However, they all learned a lot, and I learned a lot, and now I have the coaching bug!﻿ 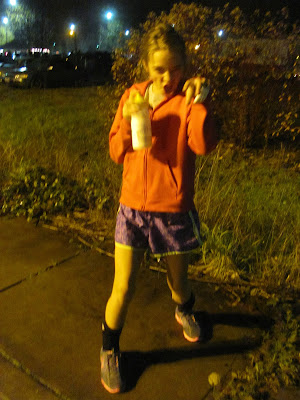 Due to our large team and the level of experience, we lost every single game we played all season, except for a team who didn't have enough girls show up and so we gave them some of ours. This past Friday night (Brailey is outside the gym ready to roll) and Saturday, though, they really started "getting it," which was great, because we had a tournament. They won two of their four games in pool play, which thrilled everyone - parents, coaches and the girls! We then had a championship match for the consolation prize, and they won that, as well! So it was a great note to end the season on, and I think they all felt good about themselves and had fun. We called ourselves "Double Trouble," to represent the two schools. I can't wait for next year to see what the volleyball season will bring. I wish we had one more week with them, because they were just coming alive, but it is a bad time of year to be fitting sports into, also. What can we say? There's always next year! 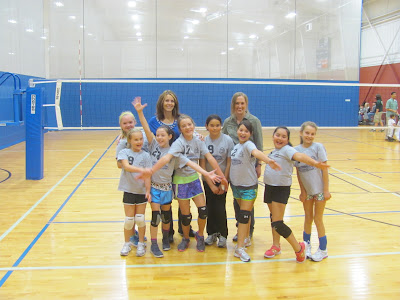 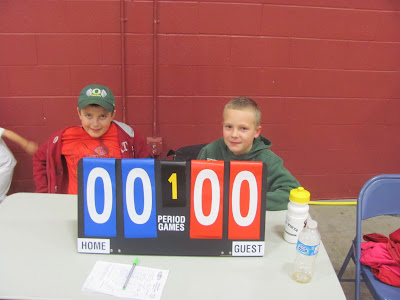 Britt and Isaac, keeping score for us. They were also our "Ball Boys" all season long, and swept the gym floor for us, too. As far as little brothers go, they are great! They played football together last year, so they are good friends, as well. Fun times! 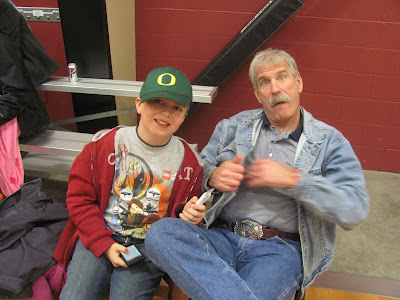 Big Daddy and Brittster Man - never missed a game! Brady also did a great job taking pictures and videos for us. That is the only drawback to coaching - no time to take pictures! 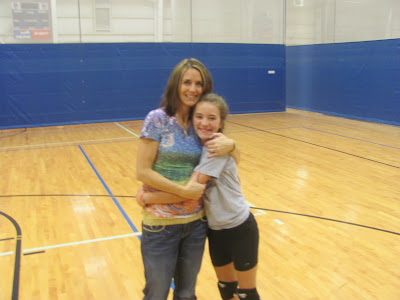 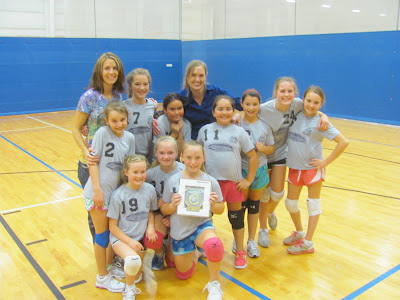 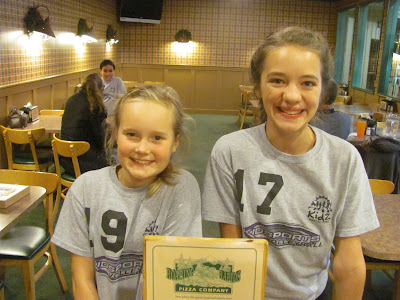 Brailey and Sydney - they have been on the same volleyball team for three years, now. Here they are excited to be at their party after the tournament and their "big win." And below, you see Brailey with her special Double Trouble medal that has her name on it. Way cool! Did I mention we love volleyball around here? 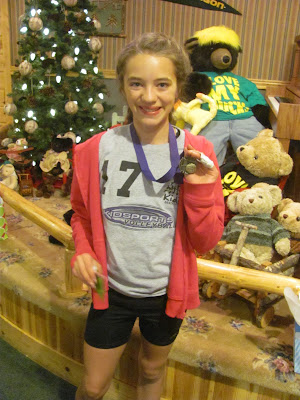 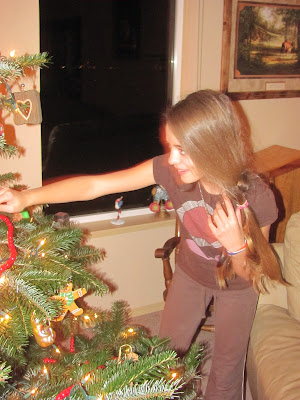 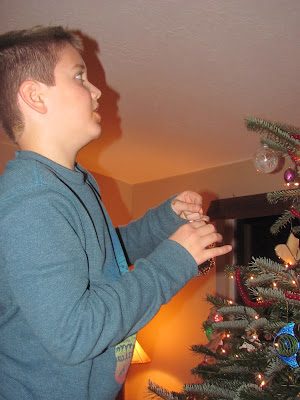 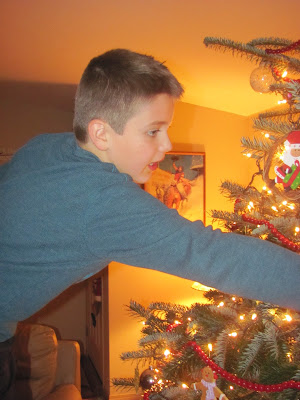 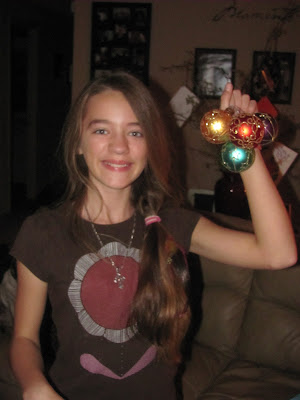 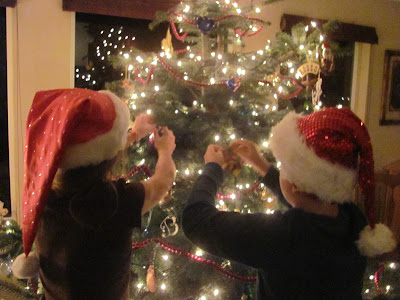 Our halls are decked! And guess what? The little B's did it all! I rearranged a couple of little things, but for the most part, they did all of our Christmas decorating last week. And they loved every second of it! They picked out an enormous tree, "Old Fatty," as we call him, and they did a wonderful job of decorating it. Now the anticipation of waiting for the big day... Oh, and here's my contribution to our decorations - my version of an Advent Wreath - we've been taking turns lighting the candles in someone's name every night. I love it! 'Tis the season to be joyful and jolly and prayerful! 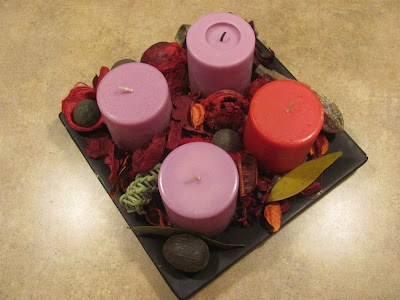