We all know time flies, but it scarcely seems like yesterday that we were driving to Portland for Brailey's magazine shoot for Discovery Girls back in April. Yet waiting for "her" issue of the magazine to come out was like molasses in December - painstakingly slow! Every single day, Brailey Shaye would check the mailbox, dying to see if her magazine had arrived. She did this for almost three weeks! We tried opening the mailbox all together, her by herself, then Britt by himself, but nothing made the magazine magically appear. And then the day it came, OH-MY-GOODNESS were we all excited! She looks (in her mother's and father's and Aunt Kimmy's opinions) absolutely adorable and gorgeous! Her sparkle shined through and her sweet personality is evident in her pictures, and that is all we had hoped for. 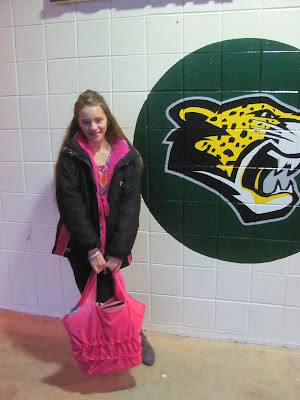 So we got up extra early this morning and met KMTR's (Newsource 16) Kelli Warner and her camera man at the school for a follow-up interview, which will air tomorrow. Above you see her standing outside the school, by the jaguar, waiting for the doors to open. Kelli Warner and the camera guy are so nice and kind and it was a really fun interview. It was great for Brailey to feel special, because she is, but she's also humble and shy and sweet, so she hasn't been bragging on herself, even though I'm sure she'd love to. She knows it isn't appropriate. However, her mother is allowed to brag just a little, right? And especially on my own blog, so I'm shouting it to the rooftops that Brady and I are incredibly proud of her to be in a national magazine and featured on our local (did I mention favorite?) news channel. She is such a great kid, I can't think of a better representative for an Oregon Discovery Girl than her. 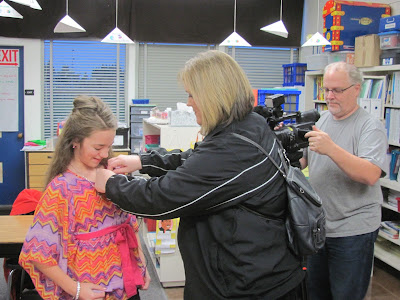 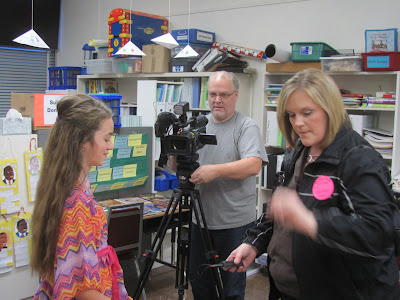 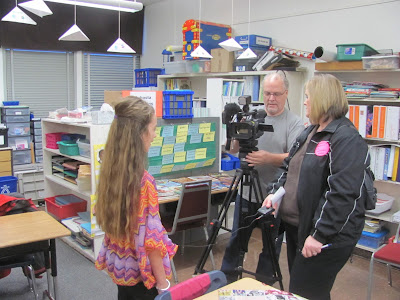 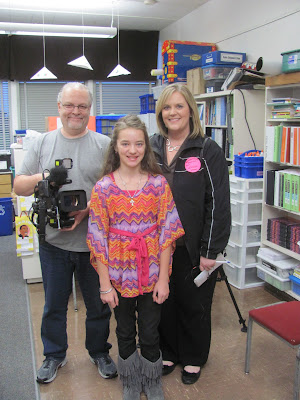 Above you see her with Kelli and the camera man, the interview all wrapped up - now we can't wait to see this! Thank you, Kelli, for taking an interest and making my baby girl happy. Below are pictures I took with my camera of a few of the pictures from the magazine. If you want a copy, it is on newsstands now. Brailey has spent a good deal of time in her room, studying every single word of this issue - I'm sure she knows it by heart! This will be something she always remembers, that's for sure. It it amazing how much she has grown and changed in a mere nine months... 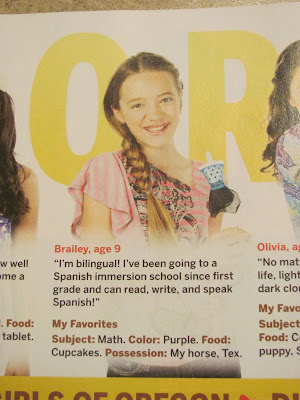 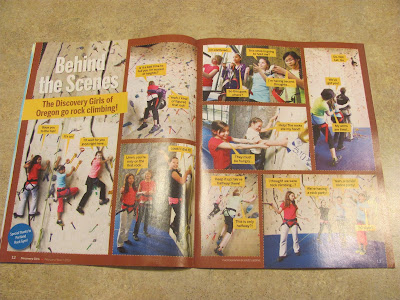 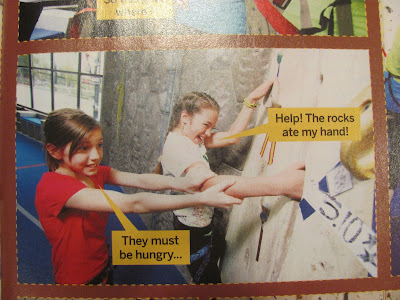 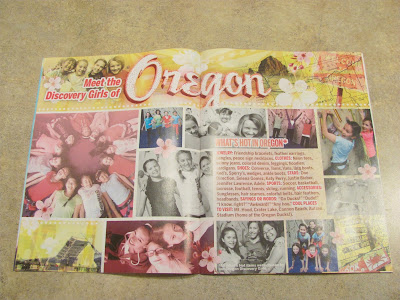 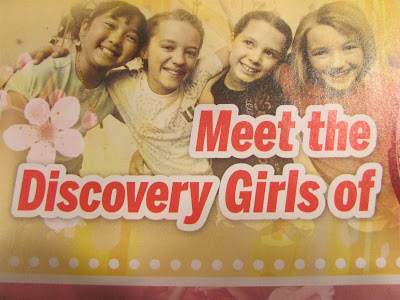