OBOB - Oregon Battle of the Books 2013: A Year of Great Success! 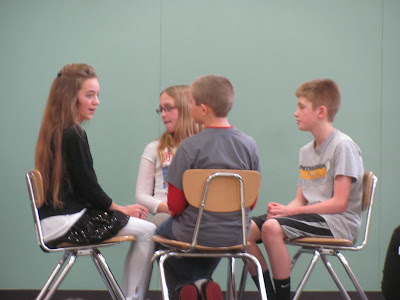 Here they are, the Oregon Battle of the Books (affectionately known as "O-bob") Champions of Buena Vista, "Third Time's A Charm!" One of their team members was sick on the day of the Final Battle, so there are actually five of them, but these four pulled out a strong win and earned the top spot. We are so proud of them! They are five of the nicest kids in the entire school, and I'm not the only one to think so. They are so sweet and smart and yes - CHARMING! Their parents could not be more proud of them nor more excited for them to go on to the Regional OBOB Meet in a couple of weeks. I'll keep you posted on how it goes... 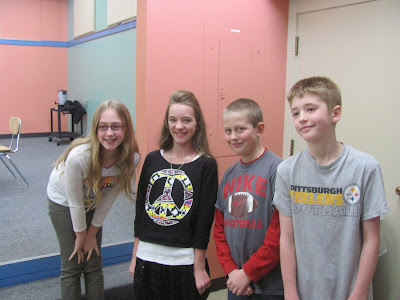 We could see their nerves as they walked in - while us parents were telling them good luck, I said, "Let's say a quick prayer." And so we circled around and Kristin, Jonah's sweet mom, said a wonderful prayer for them. It was such a a special moment and it brought tears to all the mother's eyes. I will never forget that space in time. And it might just be me who thought this, I don't know... But after the prayer, they seemed to calm down and breathe and focus and it was just a magical moment. Four of them are basically Catholic and one is Mormon, so they all know a thing or two about prayer. And nobody knew we did it except for us - to the rest of the school, it likely looked like a quick pep talk. It was. 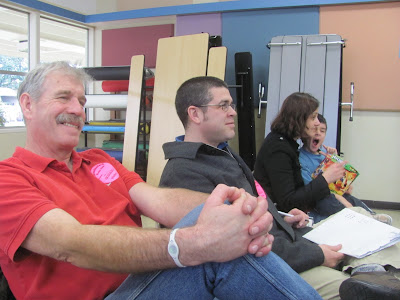 Here you see Brady and Chris, Jonah's Dad, as they watched. Chris kept score for us, which was very helpful for our nerves as we saw the progression of points. They did so well! We all got a kick out of Brailey's facial expressions as she battled - she was precious. Just naturally animated - we could tell if the team knew the answer or not based on her face. It was darling! 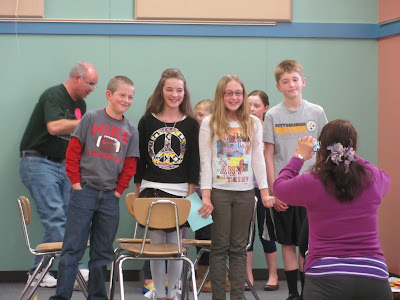 Here you see their teacher taking their picture after they had just won. Very happy kids! 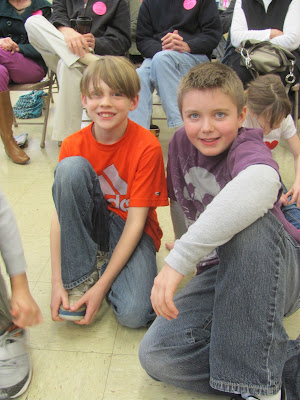 And the two supporting brothers, Daniel and Britt, who also happen to be best friends. They were allowed to watch the entire battle, since their siblings were in it. And they were part of their own team that did very well for their first year of competition! I believe they ended up third or fourth in the entire school, so that is excellent, and we are super proud of them, as well! Both teams have been working hard on reading these books since last June, with their summer book clubs. That's dedication! 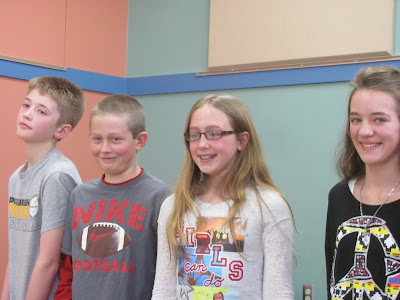 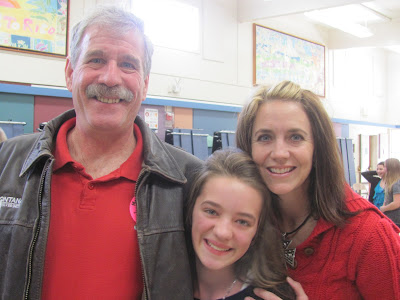 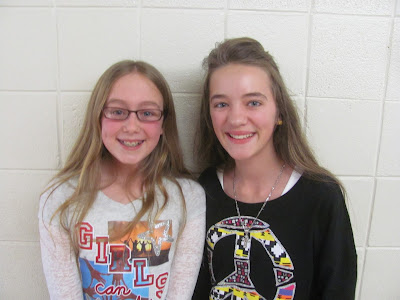 Brailey and her best friend, Carrie. These two are kindred spirits and adorable together. 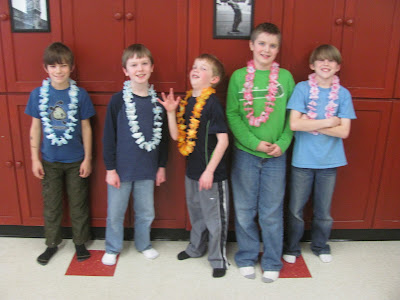 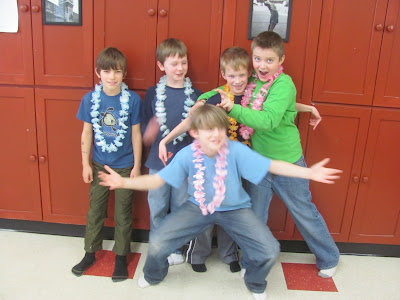 I finally managed to capture a picture of the Book Breathing Dragons, Britt's OBOB team, after their Hawaiian recital. They are a smart, wonderful group of boys, and now that they have experienced OBOB for themselves (vs. just hearing about it from their older siblings), they are greatly inspired, and I look for great things from them during next year's Oregon Battle of the Books.
at February 28, 2013