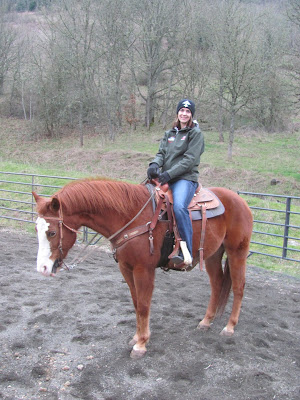 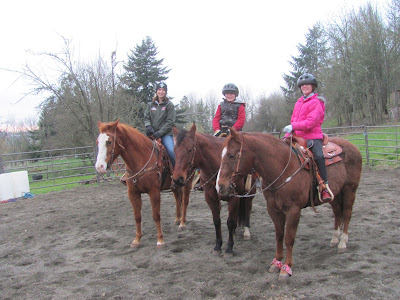 Isn't he a doll? For over two years, now, Alvin, the big sorrel I'm sitting on in these pictures, has been recovering from a broken coffin bone. See Our Baby Alvin  if you want to read the full story. It has been a long, long, L-O-N-G road of recovery for him. After what first appeared to be a badly broken bone was later seen to be a shattered coffin bone. He didn't just break it, he broke it into a bunch of pieces. We were hopeful that we would be able to ride him last summer, but he still wasn't healed up. No wonder! Sometimes, you can't see things on x-rays until they start healing according to our vet. Brady and I went against the vet's advice, though, and instead of keeping him all cooped up last summer, we turned him out. And he had a wonderful time, grazing on the hillside, napping when it suited him, and just being a horse. I felt if his foot was hurting him, he wouldn't be traveling on it. And on our last visit to the vet, we fessed up that he hadn't been contained in a stall, and our vet said he agreed with us - in fact, all that movement probably provided stimulation for blood flow and healing. We have the coolest vet on the planet, and he understands that some horses don't do well when they are stalled up. Alvin is one of those horses. And just a couple of weeks ago, it was a dream come true for Brady and I as we rode him for the first time, and he is exactly like he used to be - hyper, but willing to do whatever is asked of him. I haven't felt so confident on a horse in years! It is frankly amazing that he could have so much time off and still remember every single detail of his training. He is so smart! It has been heaven to ride him again, even though he's pretty froggy. He's the kindest, sweetest horse in the world, and he has the biggest heart a horse can have. We are so thrilled we stuck by him and made the right choice, even though it cost thousands of dollars and so much time. Alvie is worth all of it!
at March 05, 2013