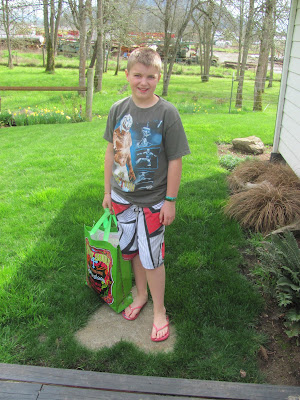 For Brady and I, one of the more interesting things in our parenting career has been finding the things our B's love to do, what their "passion" is. Brady knew from the start he wanted to be a rodeo cowboy, and so he was and is. I loved basketball as a kid. Brailey, for her part, loves volleyball and horses. She used to love ice skating, as well, and also dancing. She even loved karate! For Britt, it has been more of a challenge. We've been through a lot of different sports - baseball, football, basketball, karate... It was always clear what his true love was, though, and that is swimming. From his very first swim lesson, he has always been a natural in the pool. He is a water dog, like his dad! So this spring, he decided he wanted to try out for the swim team. We didn't know a thing one about how to get on the team, but we did our research, and set up a tryout, and spent one month in private swim lessons to try to get him caught up and to learn the skills he needed to know in order to make the team. Fast forward to the actual tryout, which is the day these pictures were taken on, the Thursday of Spring Break. He was such a nervous little boy! We've never seen him want something so badly, nor try so hard. We said two prayers, one as a family and one just between him and I at the pool, to help calm his nerves. Truth be told, we were all nervous! Brailey said, "I have butterflies for the little guy!" Scroll down to the last picture if you want to know whether he made the team or not... 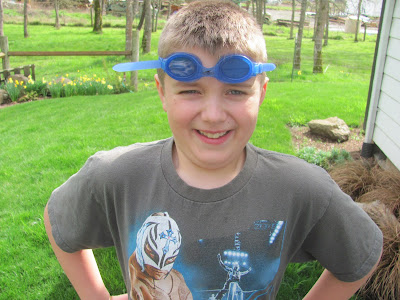 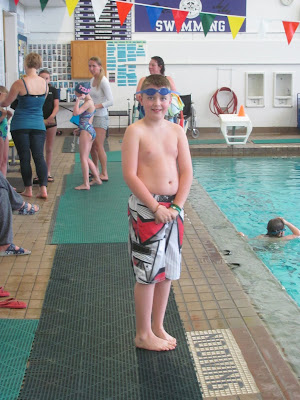 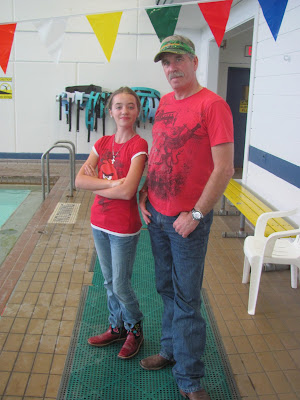 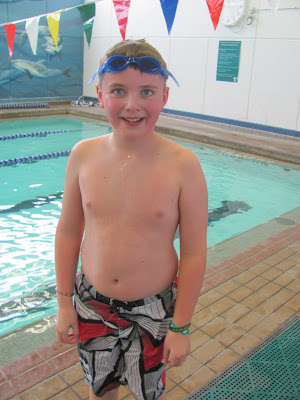 Well, what do you think the look on his face says? Yes or no? Can you tell? He made it! And he was so thrilled and happy, and now he tells us he is training for the Rio Olympics and even did push ups on his own before his first practice yesterday. I told him he should maybe try for the Olympics after Rio, but he explained to me that he saw a 12 or 13 year old try out for the London Olympics, and even if he doesn't make the team, he wants to at least try out for them. This attitude is fun and music to our ears! He has a lot to learn and he might even discover he doesn't want to be an "Olympian," but in the meantime, we are going to be spending a lot of time at the pool. That little belly of his is going to be slimmed down in no time at all. We are so proud of him for how hard he tried - we've never seen him want something so bad! And now he is following in Brady's footsteps, because it turns out Brady used to be on Swim Team as kid, also. What can we say? It is in Britt's blood, but definitely not from the Mace/Maupin side, because I come from a long line of non-swimmers! Go Britt, go! We can't wait to see how where this new journey will take us. As always, stay tuned for updates along the way.
at April 02, 2013