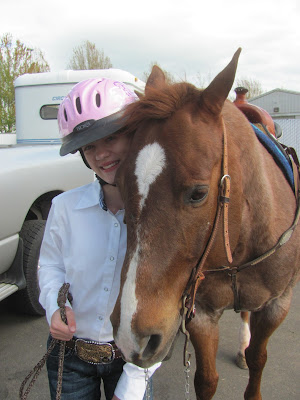 Our little cowgirl, Brailey Shaye-Shaye and her best friend, Texi-Man. These two are quite the pair. He was such a good boy for her! She is so lucky to have a horse who is "seasoned" to the noise and other horses and all the hoopla that comes with horse shows. Above, they are getting ready to ride in their first "Trail" class ever on Friday evening. We rushed home from school and made the drive to the Albany Fairgrounds to begin her first   4-H Pre-Fair Horse Show ever. We hadn't gotten around to practicing the trail event, due to time constraints, but Brailey was so brave and went into that arena and she did it! I was and am so proud of her! Of course she didn't do it perfectly, but she learned a lot, and even if she didn't exactly know how to do something, she figured out a way to get it done. And on top of it all, she caught a cold that came at her with both barrels on Saturday. She is a one tough cowgirl, no doubt about it! And do you see that shiny pink helmet? Brady picked that up for her at one of his favorite stores. He knows his little cowgirl loves pink! (And he even got it on SALE!) 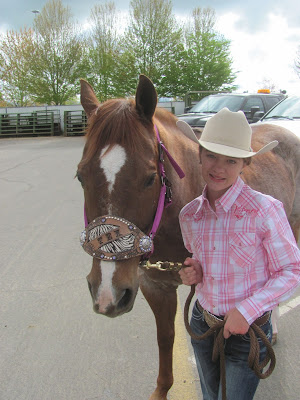 Saturday morning we had to get up super early to get back to Albany for a mandatory meeting. Stacy Jo Hartley, bless her heart, helped us clip Tex's legs and ears on Thursday evening, and we also gave him a bath. So all we had to do Saturday before we loaded up was wash those white socks of Tex's, which actually stayed pretty darn clean! We didn't have the proper tools for Showmanship, since she had never done it before, but she learned a lot in that class, also. And now we know what to work on. Still, aren't they adorable? Brady and I got her this halter for Christmas - it has barrel racers and purple crystals on the conchos. I thought it would be fun for the Pre-Fair Showmanship Class, but we'll bring out the silver one for Fair. 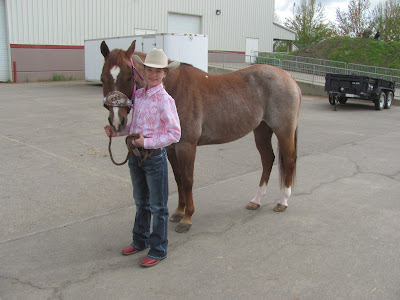 And speaking of  Brady, he and Britt drove all the way from Lynden, WA on Saturday morning, which is just a few miles from the Canadian border, and they made it just in time to see her show in her Showmanship class. They were in Lynden for a PBR Brady judged up there, so they had to get up super early after a late night, but they made it in perfect time, and it was really special. We were so happy to see them! And yes, Britt is reading his book while walking and carrying the water bucket for his big sister. He's quite the multi-tasker, you know. 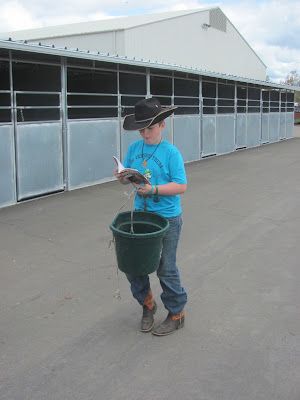 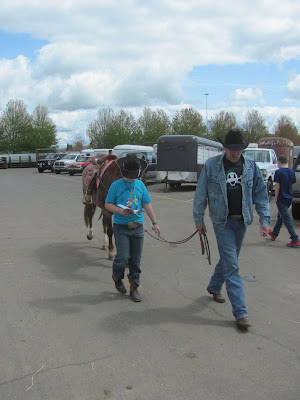 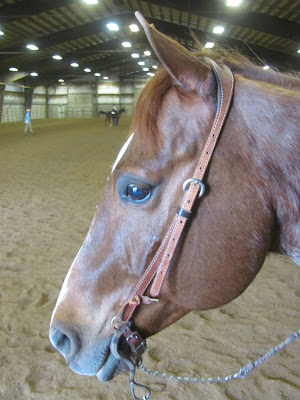 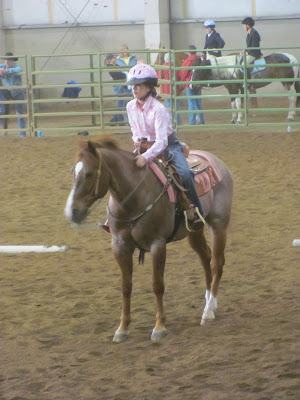 The Horsemanship, or "Western Equitation" as they call it in 4-H, went much better. Brailey and Tex really shined! She got put in a class with more experienced riders, for some reason, and it couldn't be changed, so we just rolled with it, and she got second in the class! Or a "Red," as the 4-H folks say. The really great thing is that she again learned more, and it was a super good experience for the future. Above, you can see her sneaking in a pat on Tex's neck. Technically, she shouldn't have done that, but the judge wasn't looking, and he did deserve some love for being so dang wonderful. So, another busy weekend under our belts with a lot of information to process and build on for the future. There is a ton of stuff we still don't know, but we are making new friends along the way and by the end of the year we should know if this 4-H game is for us or not. Only time will tell! 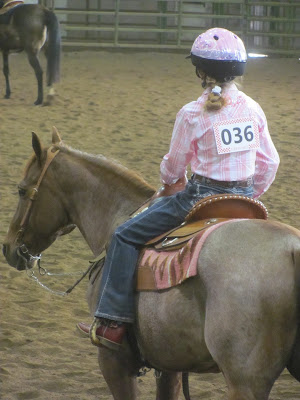 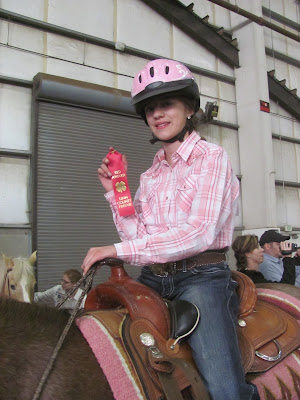