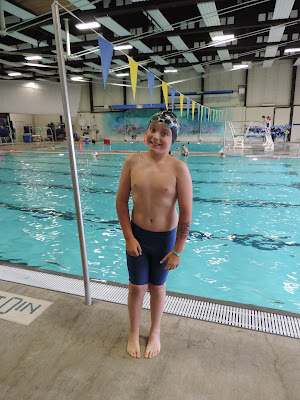 Britt had his second Mini Meet at the end of last week, and he did so well! He won his first two heats and placed second in his third heat! And most importantly, he was "DQ Free!" That means he did his strokes perfectly and didn't disqualify himself. He swam so hard! He won his backstroke and breaststroke, and then placed second in the freestyle. He improved his times in all three! We are so happy he loves swimming and takes it seriously. He is our super star swimmer! 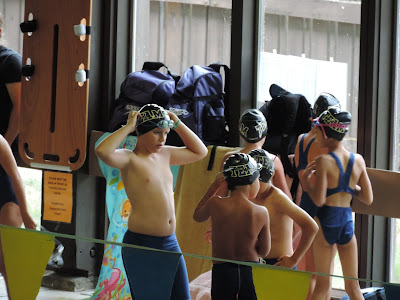 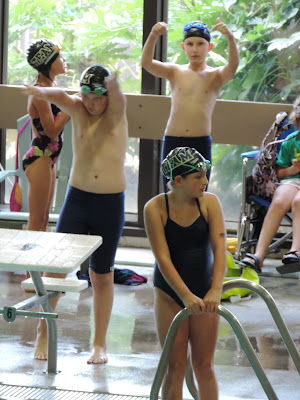 Practicing his strokes before the race. Brady said he had a little bull rider in him - he was jumping around, getting loose, mentally preparing himself. I think he did this all on his own. As far as I know, no one told him to do that. Whatever the case, it was super cute! 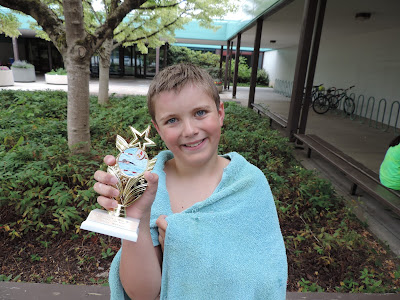 His awesome trophy! It was a great meet for him, and now he is ready for his next season of swimming and entering a "real" swim meet. We can't wait to see what his future holds!
at August 05, 2013