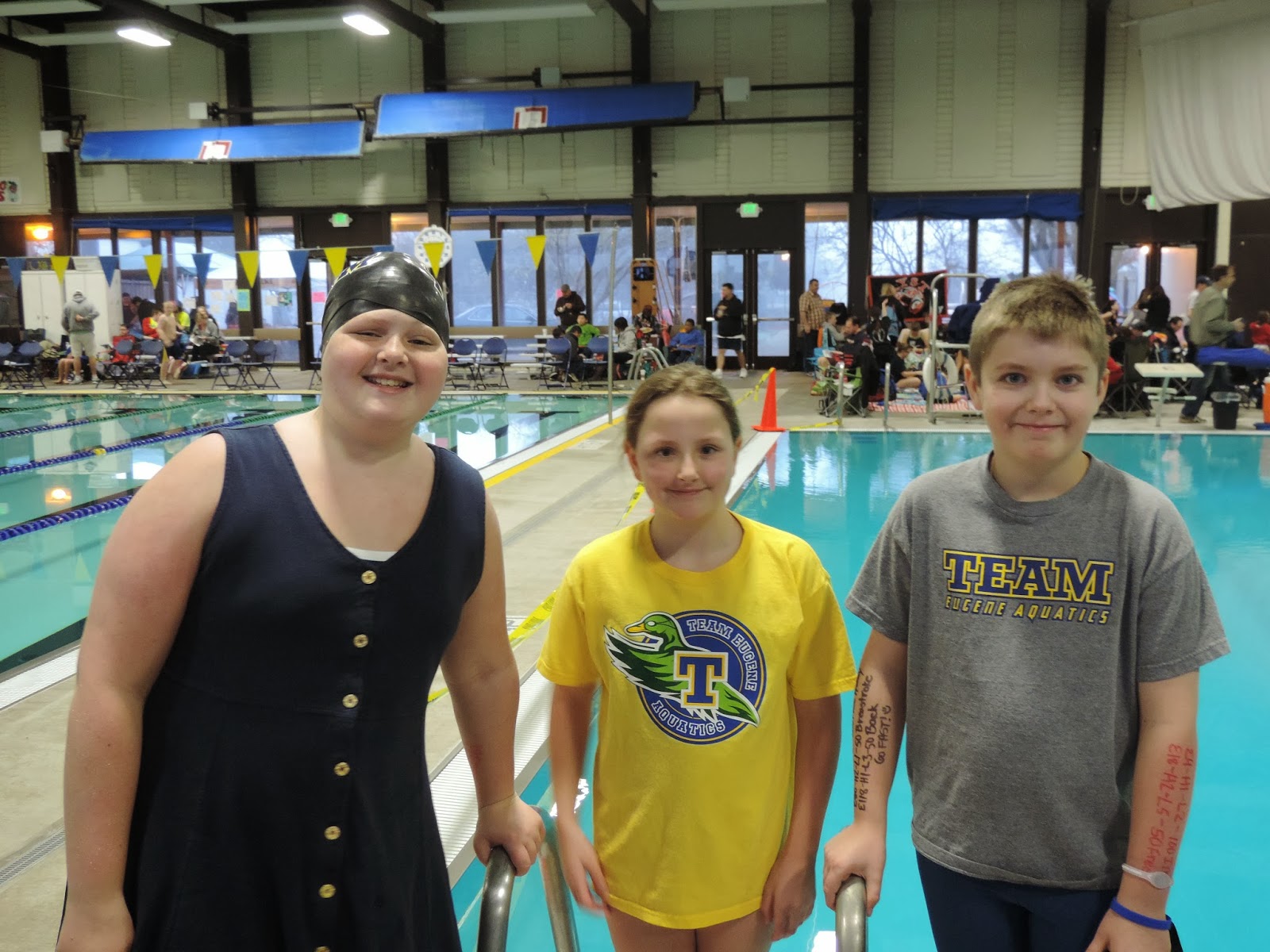 Another weekend spent at the pool, and once again, we learned even more about swimming and swim meets! We have made some great friends, which is always nice, and Britt shaved more time off most of his races. He is getting much better at his starts! Above, he is with his two classmates from Buena Vista, Keahna and Alayna. They are such good buddies! Below he is with an 8 year old, Bryce, who just adores Britt. They were on a relay team together (keep scrolling for that picture). 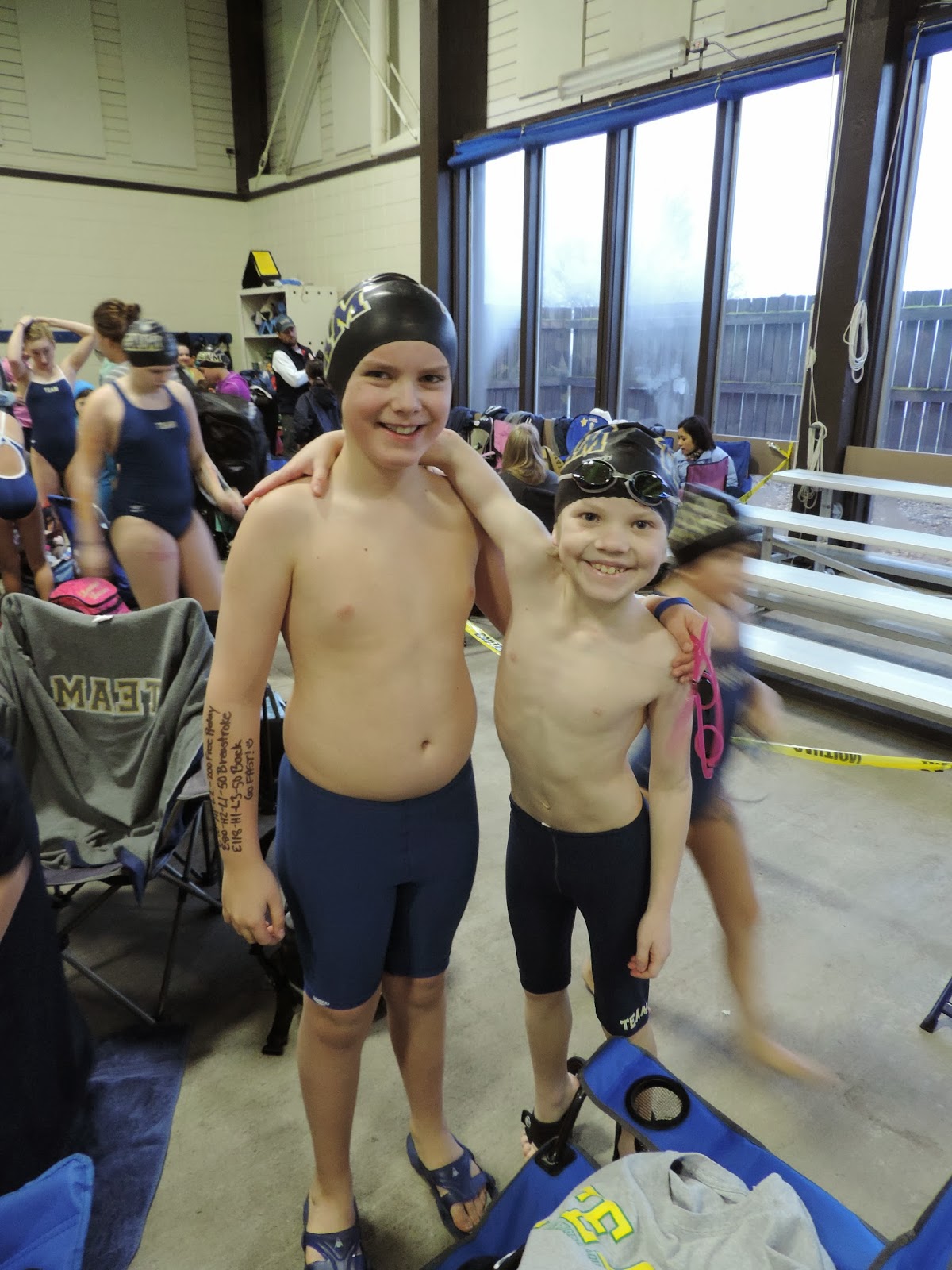 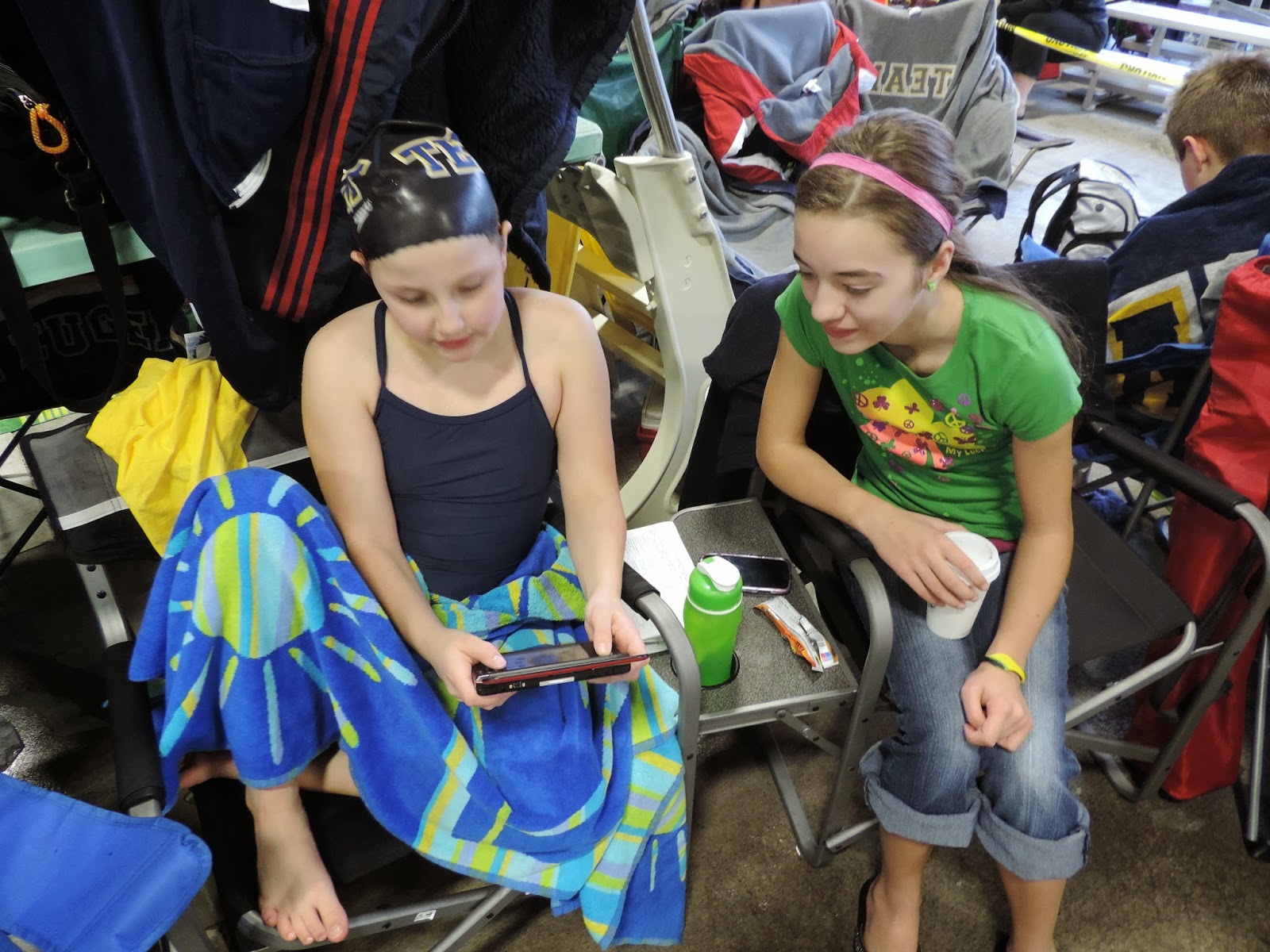 Brailey thoroughly enjoyed herself at the meet on Sunday. She was chatting with friends from her class, friends of Britt's and even the moms! What happened to my shy girl?! Brady and I were so tickled to see her enjoying herself that way. On Saturday, she and Brady went to a WHO Show in Veneta, so she got to ride her horse all day long - they had a big time! Sadly, no pictures, because I was at the swim meet. But we have lots and lots of WHO shows coming up, so I'm sure I'll get some good flicks. Above, she is hanging out with Britt's friend Alayna. 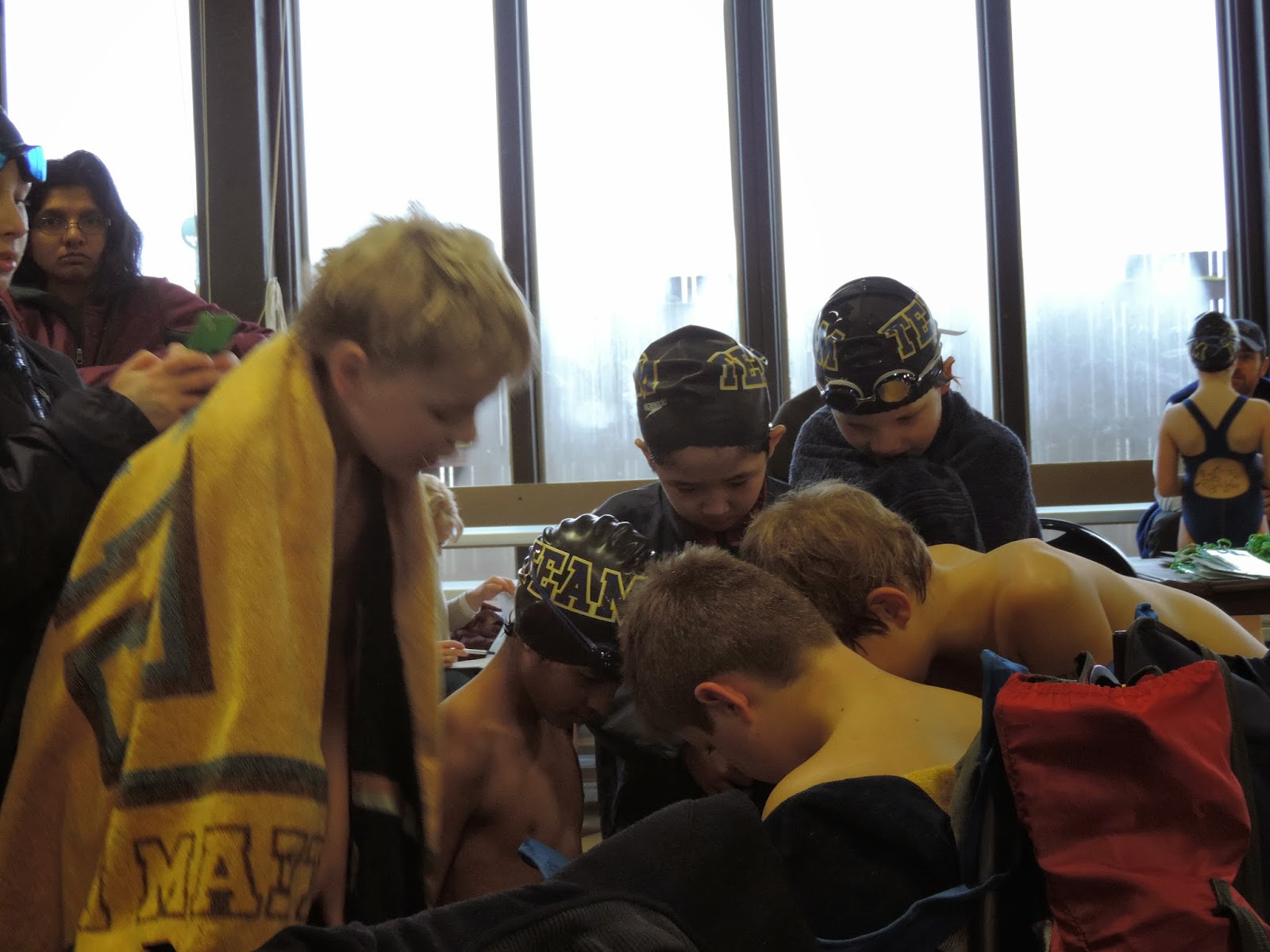 This was a common theme, the picture above and below, all heads around Britt. We let him take his Kindle Fire, this time, so he had something to do in between races (three hours between them on Sunday). This made him quite popular! Most of these kiddos had their own devices to play on, as well. We only let him play on it for a short time, because we felt he needed to interact with his friends, too. But this does keep it fun for all of them. 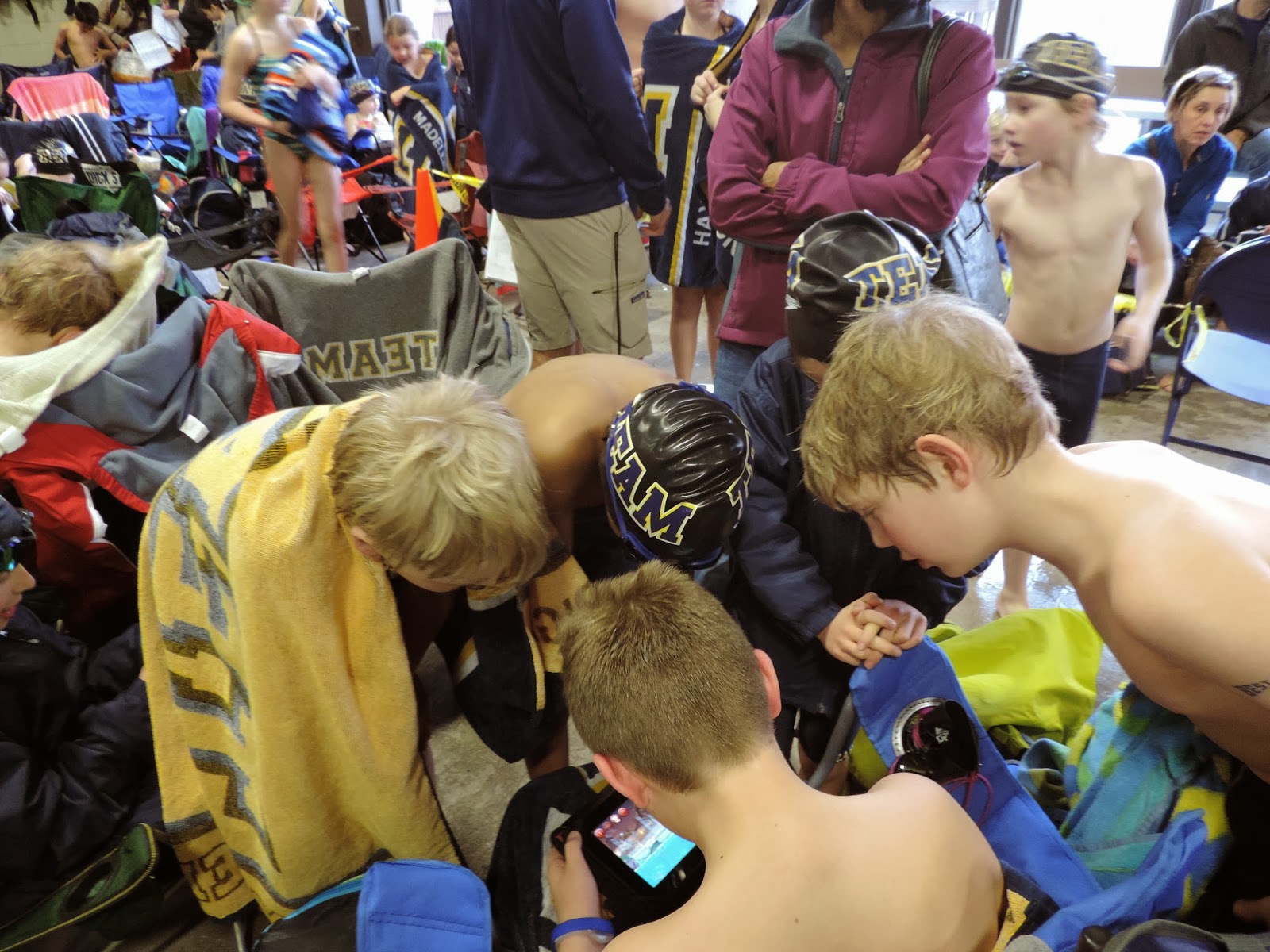 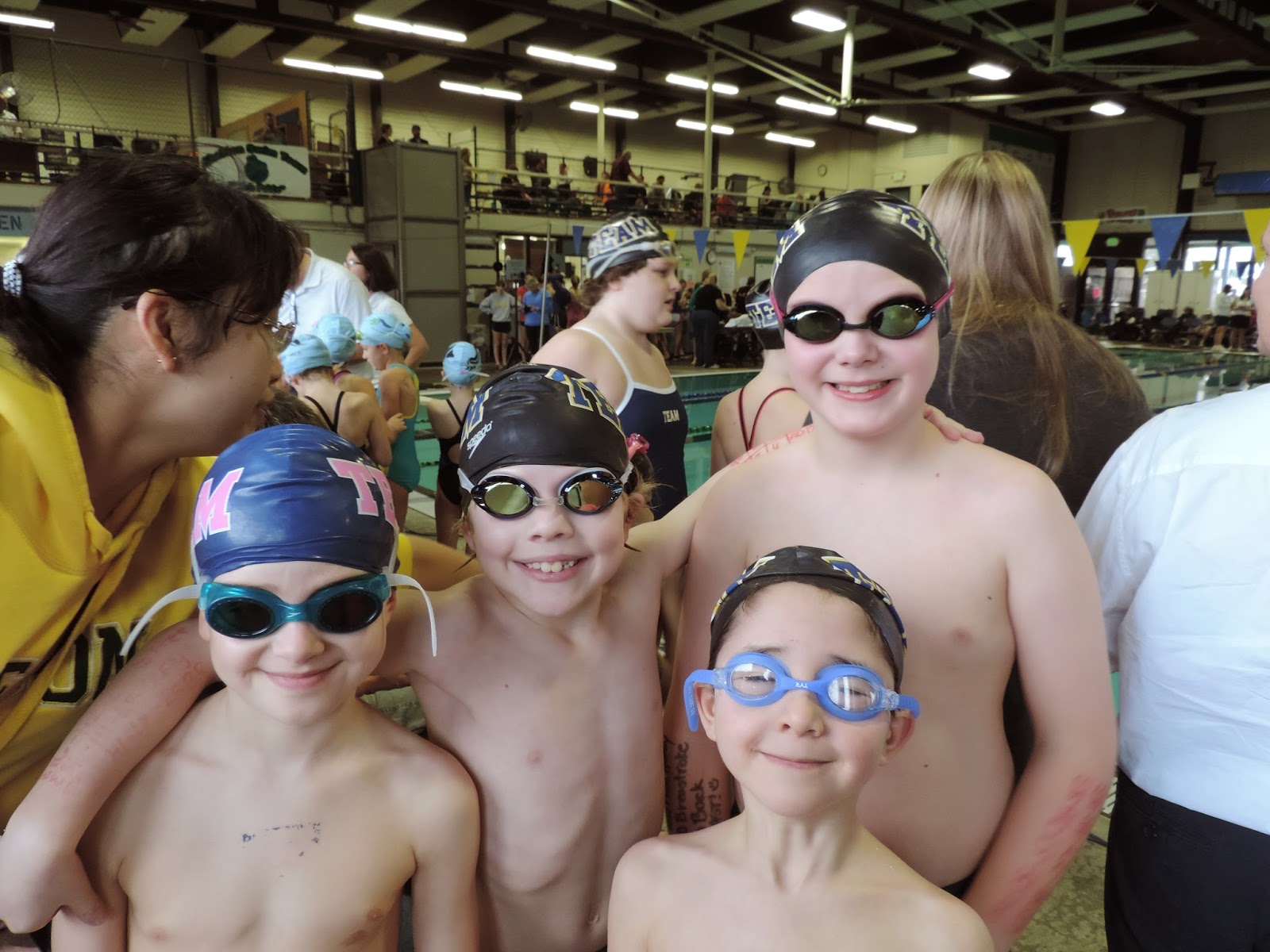 The Relay Team. Aren't they cute?! All 8 years old, except for Britt, who is 9. And way, way bigger, but super kind and a hero to the little ones. They all adore him! During one of Britt's races, Bryce cheered for him all the way up and down the lane. 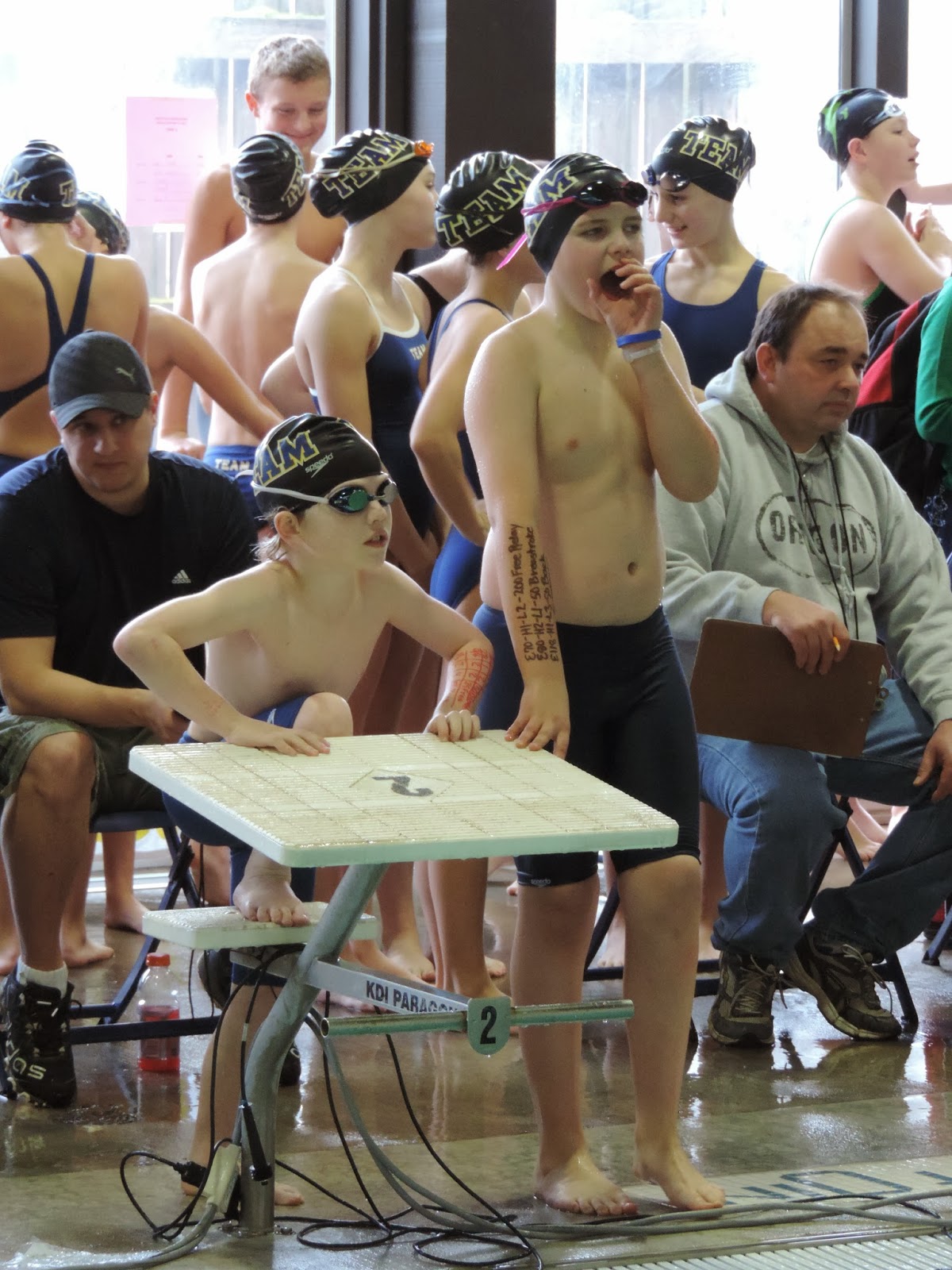 Bryce is waiting for his turn to swim - Britt was the first leg and is cheering on his team. 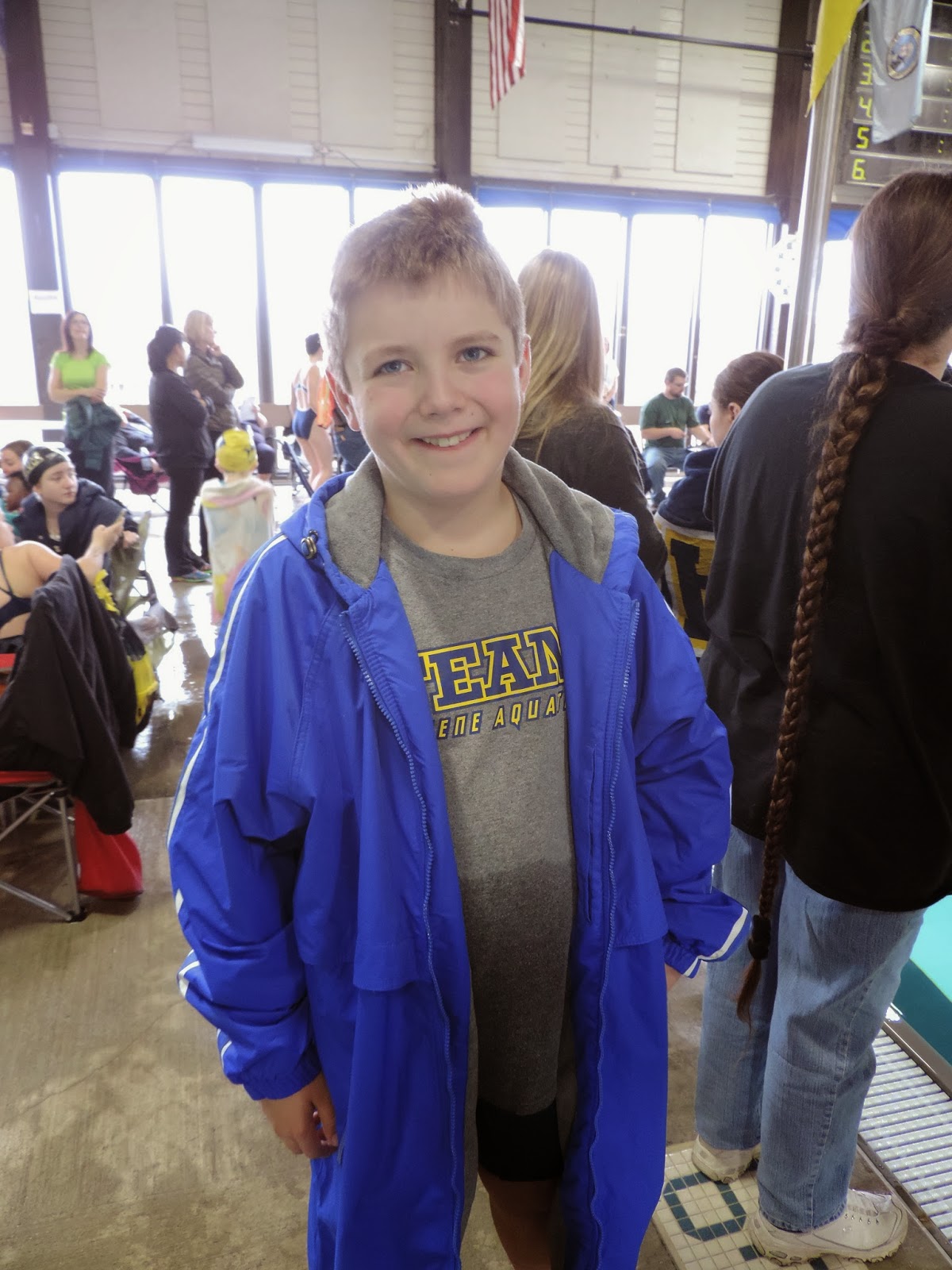