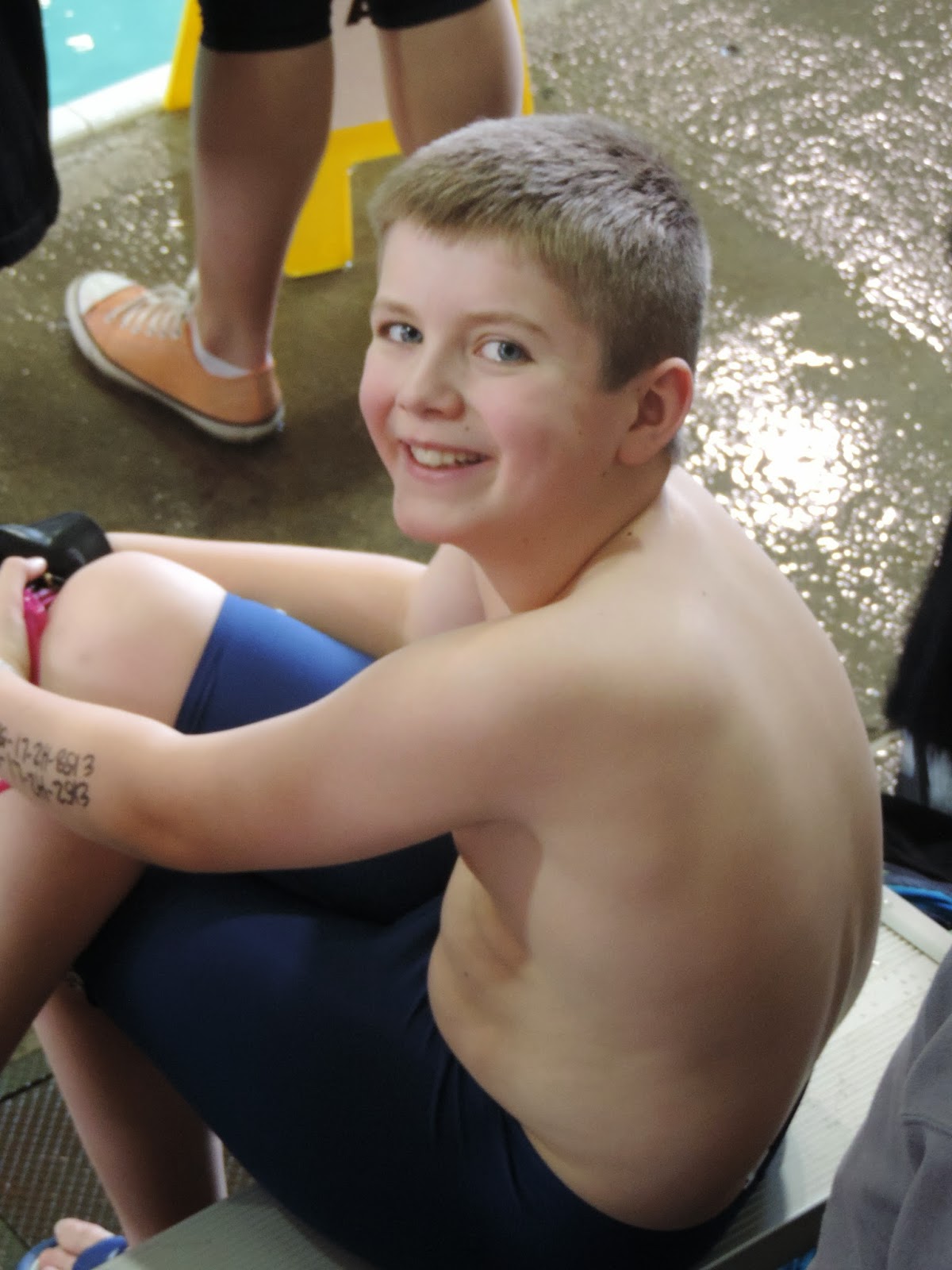 Another busy weekend for the B's! Brady just got home from Denver Market, was home for a day, and then he and Brailey headed off to Spokane for a two day PBR event. They had a great time! I was so excited for Brady to show her Gonzaga, where I went to school my freshman year of college. She was impressed! Brady came down with a bad bug while he was in Denver, so he was still recuperating from that, and it was good that he had Brailey with him to make sure he took his vitamins and wasn't lonely. A father-daughter trip! And Britt and I had a mother-son trip - we went to Beaverton for a Round Robin Swim Meet. We, too, had a great time! Ironically, we went to eat at the same time on Saturday afternoon that Brady and Brailey did - they went to the The Golden Corral, and we found a Home Town Buffet. It was fun! Britt and I also found a Goodwill, and we enjoyed tromping around it in search of treasures. As far as the meet itself, Britt didn't win any races, but he did improve his times in every single event he was entered in, and that is big! As my mother said, that, too, is winning! He was super proud of himself when it was all said and done. To begin with, he was very nervous, because this was his first meet away from home - all his other meets have been at the Sheldon Pool in Eugene. It was a great experience for him, no doubt about it. 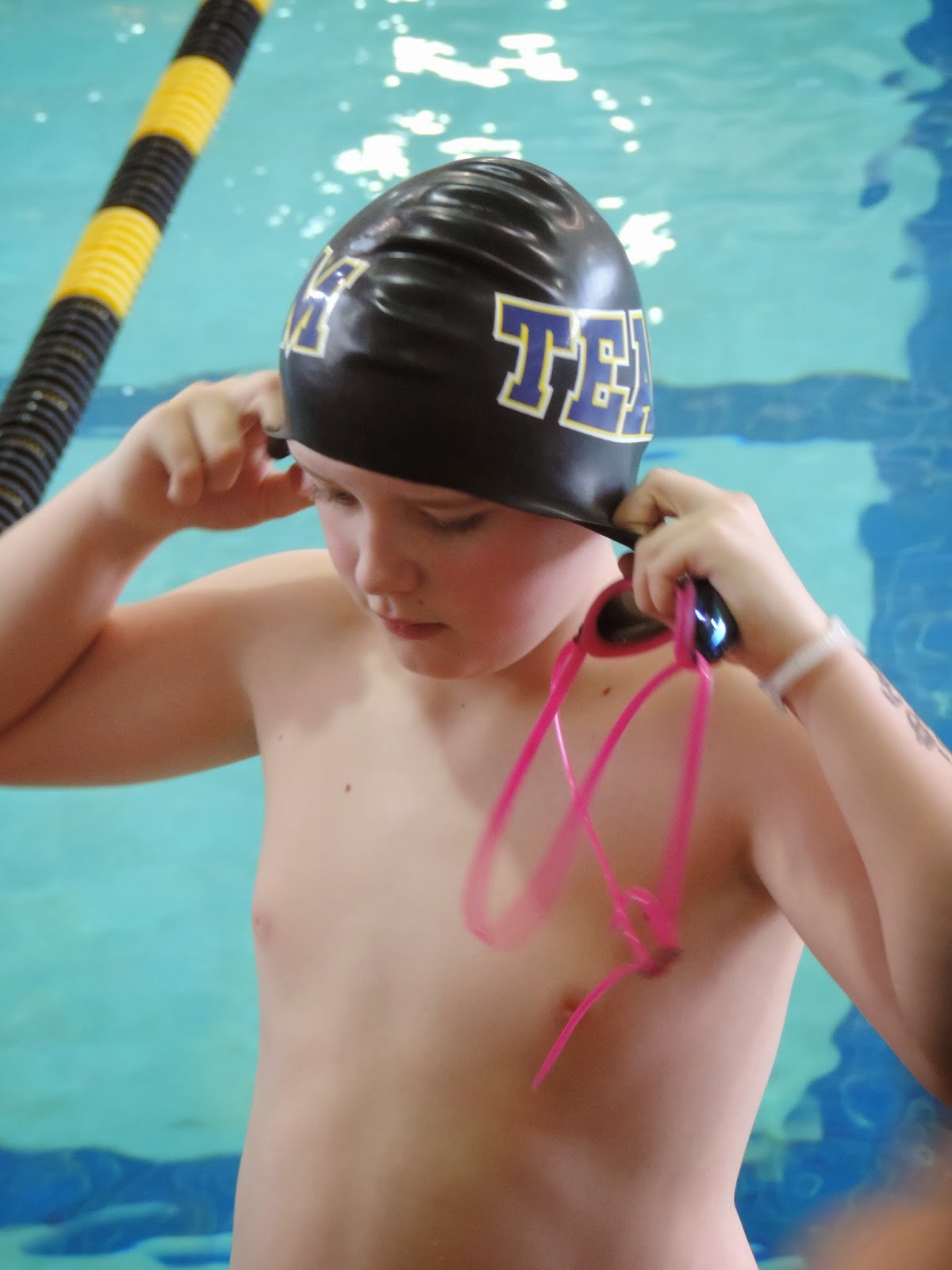 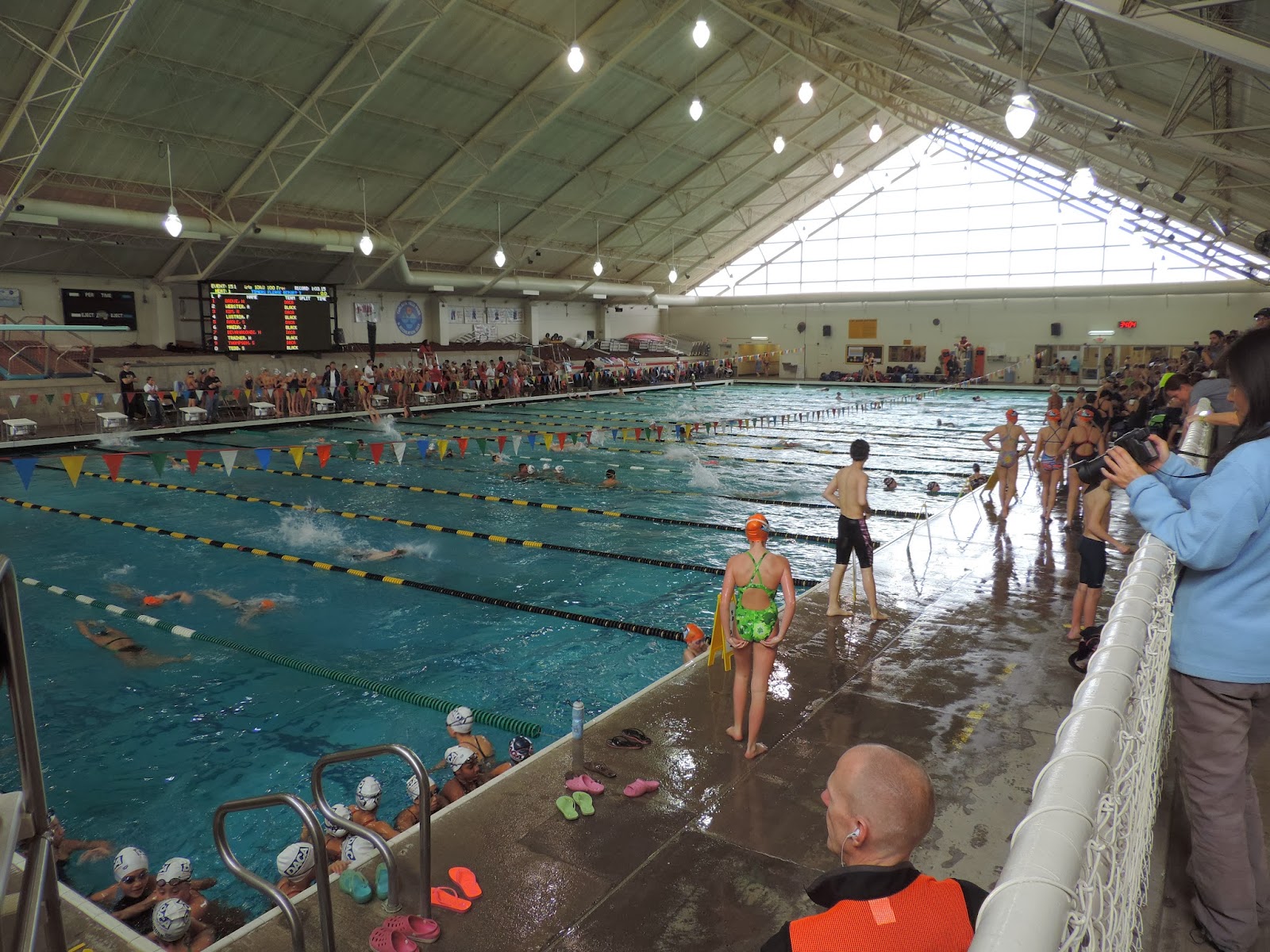 As you can see, it was a very big pool. There were ten lanes in each heat! 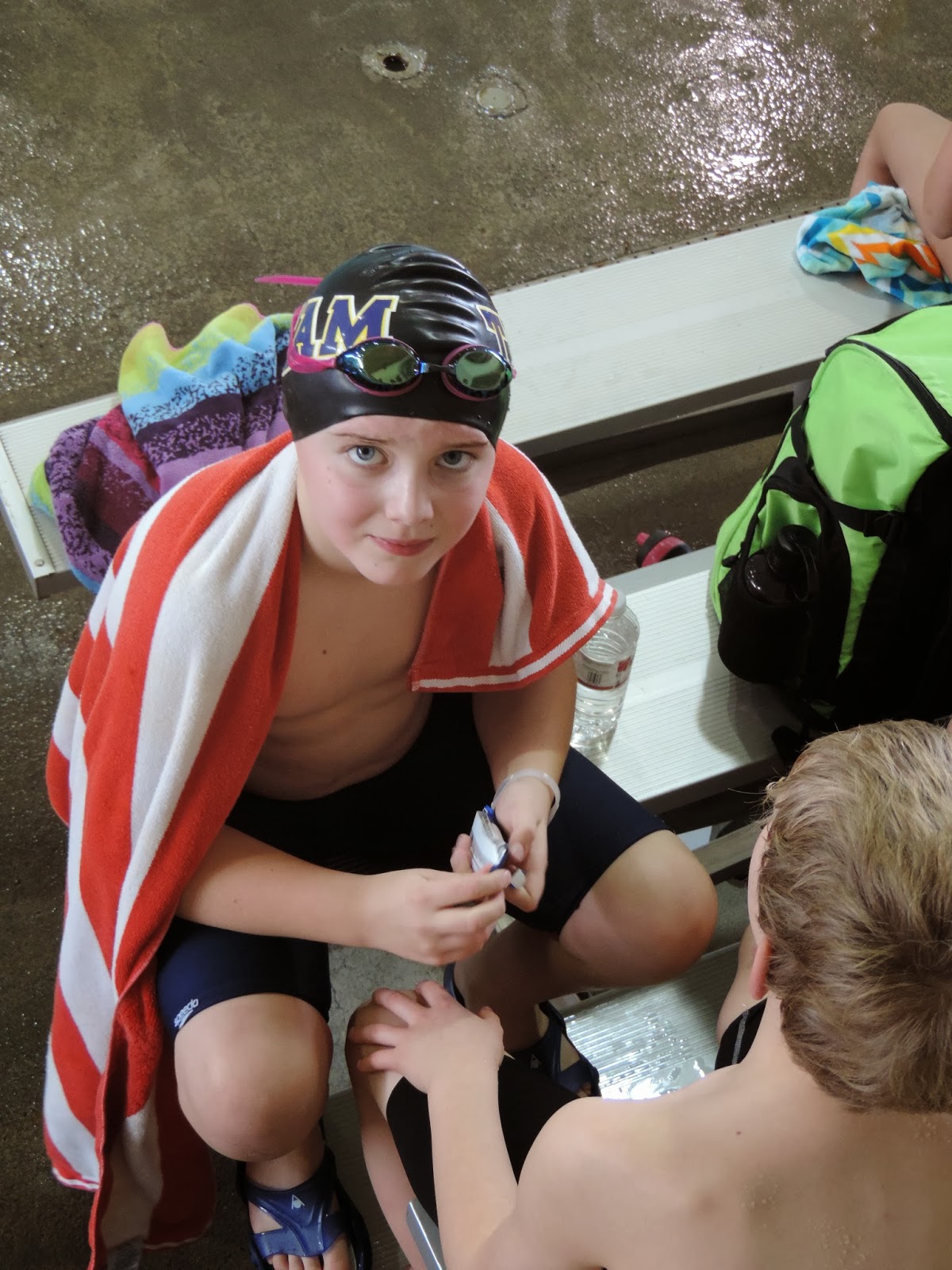 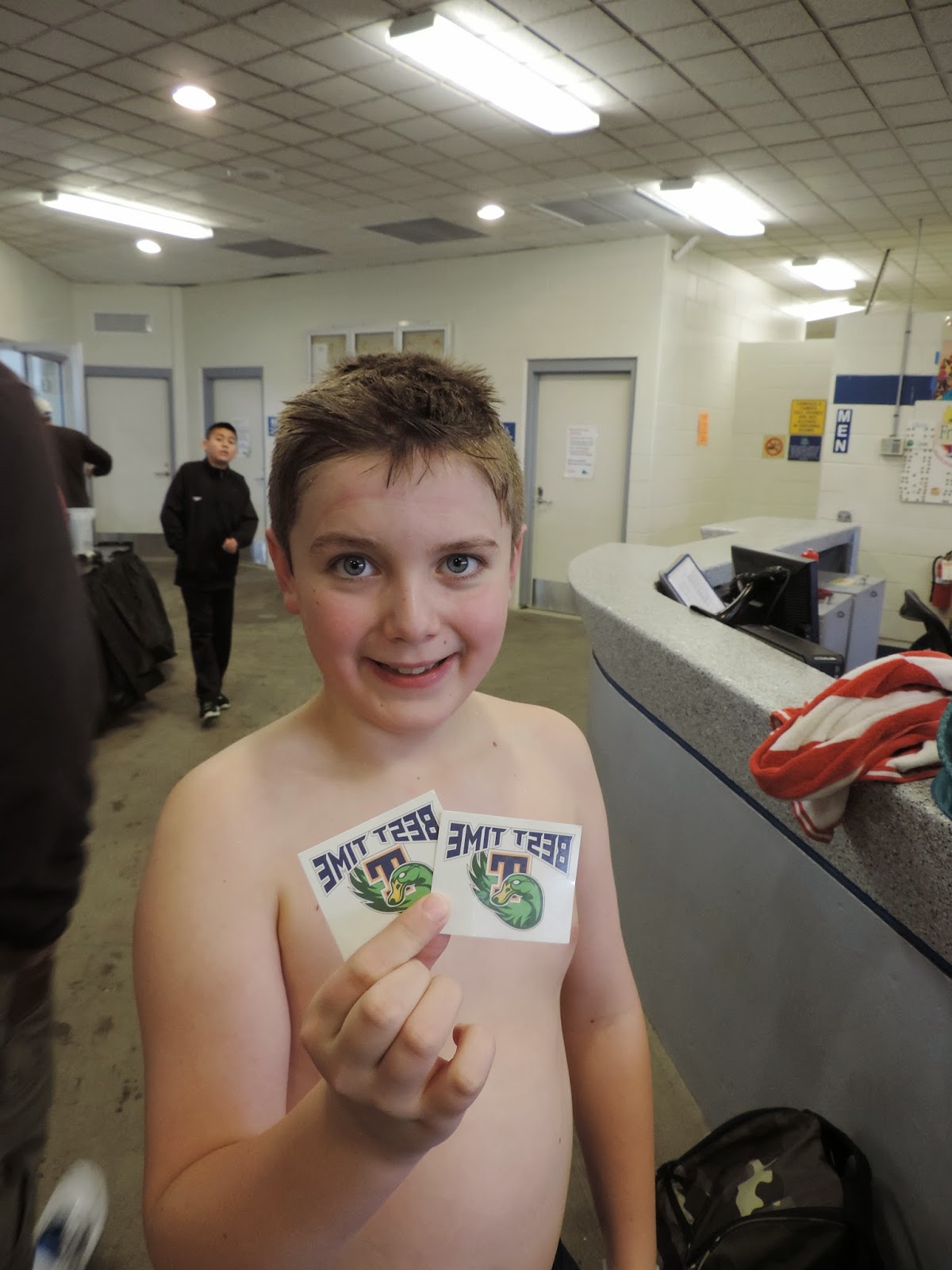 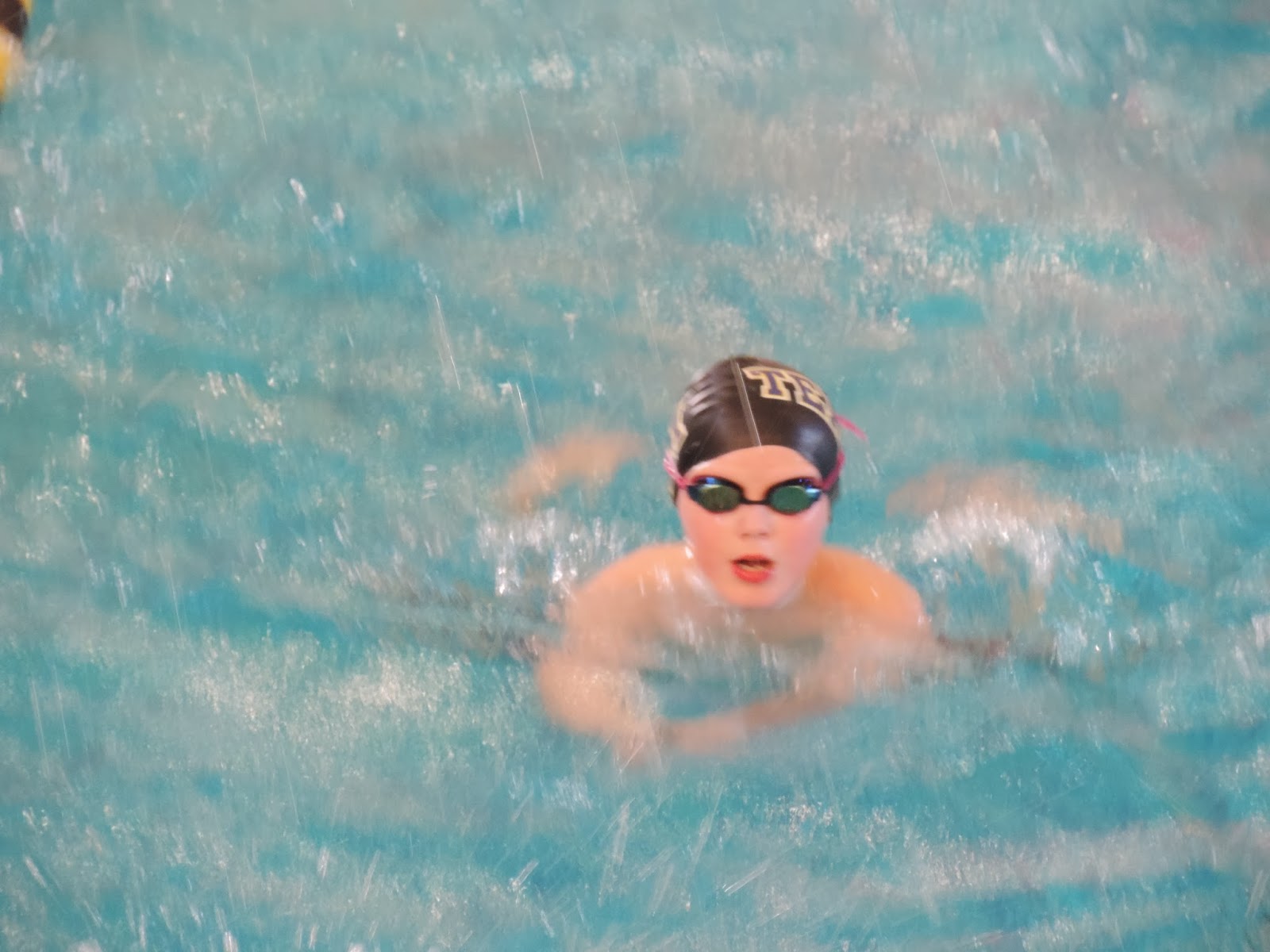 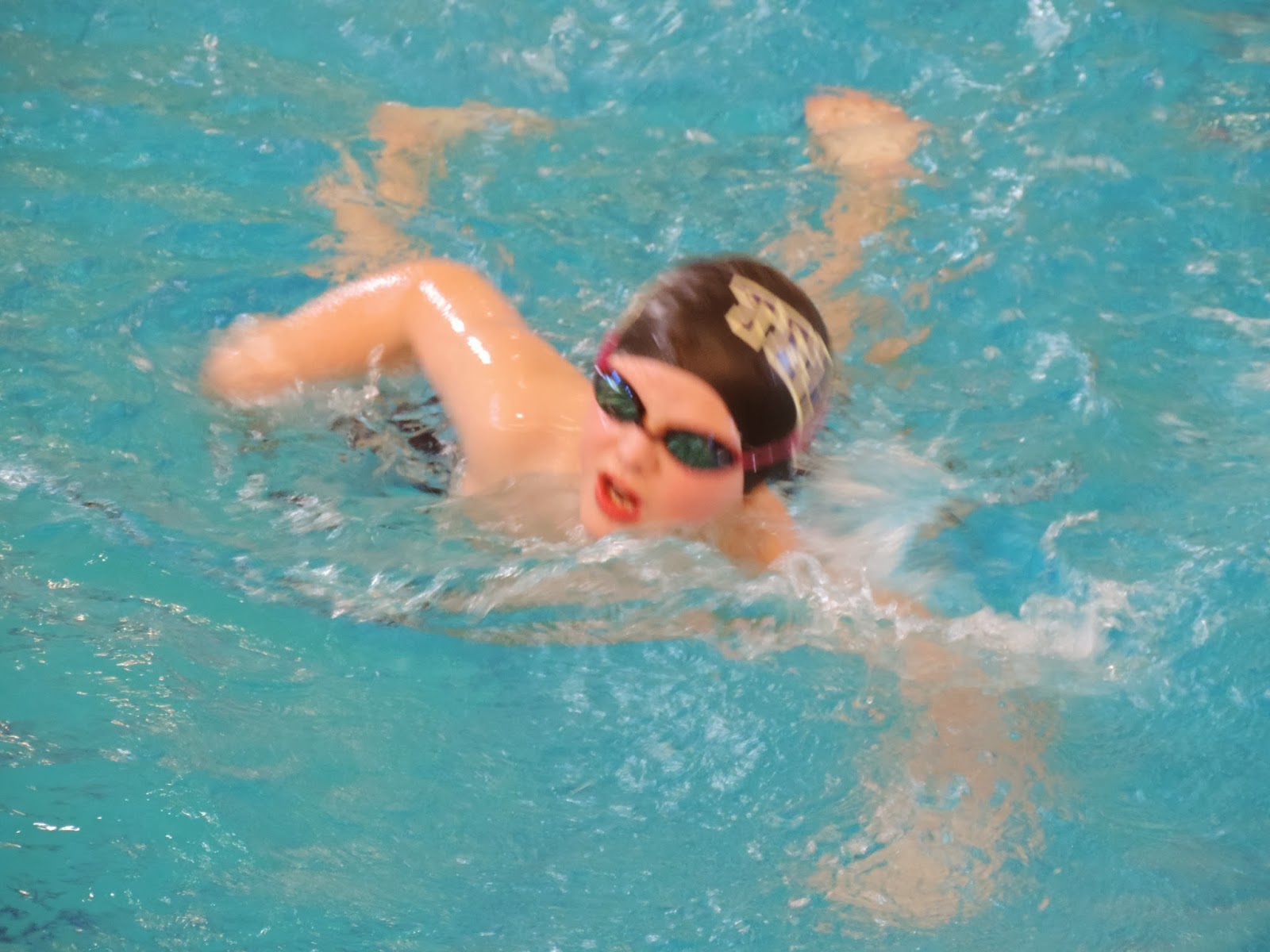 Warming up... It is so hard to get good swimming pictures! 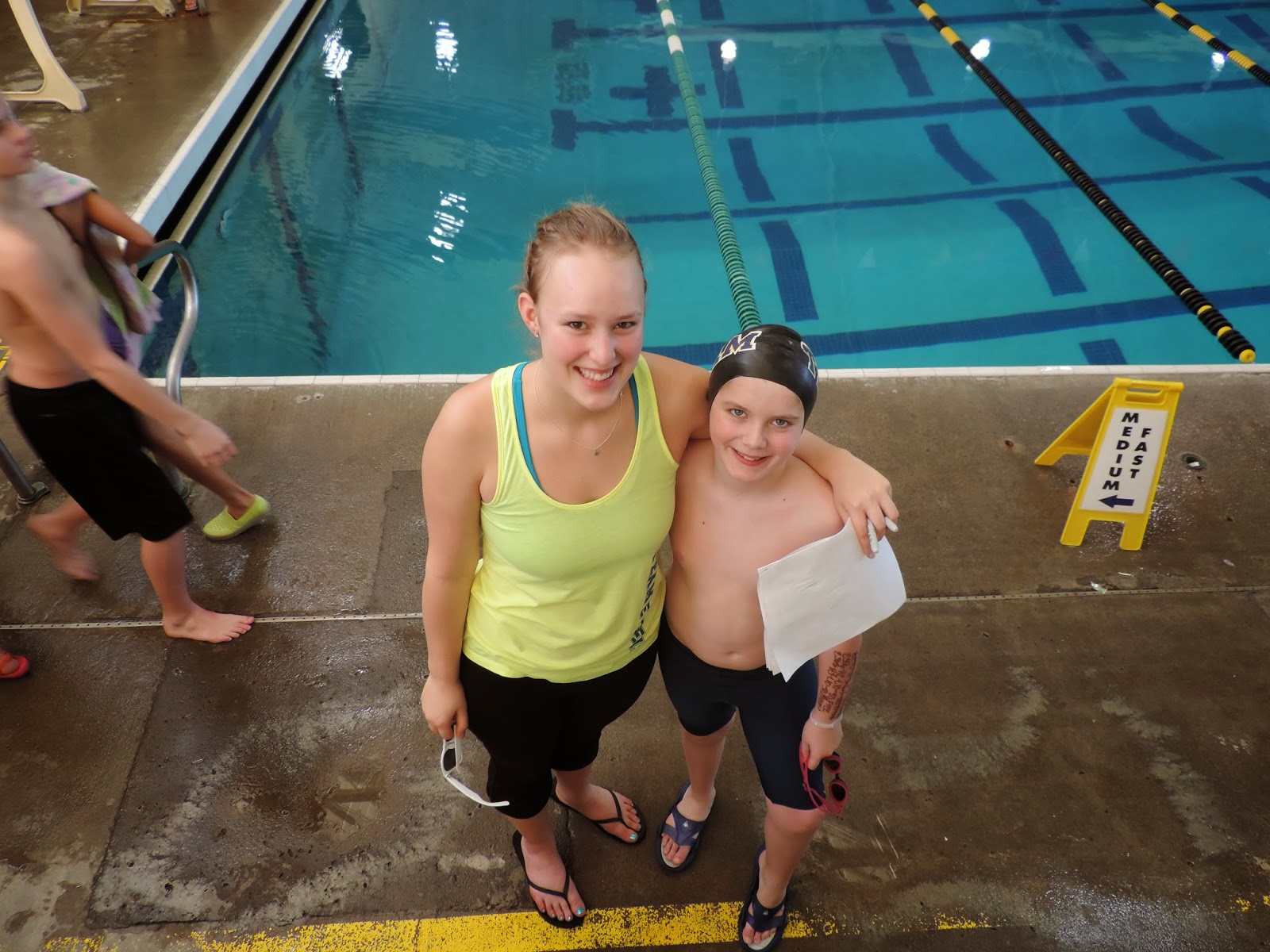 Britt and Coach Sarah - she is the Assistant Swim Coach, and was his main coach for the weekend. She is awesome! 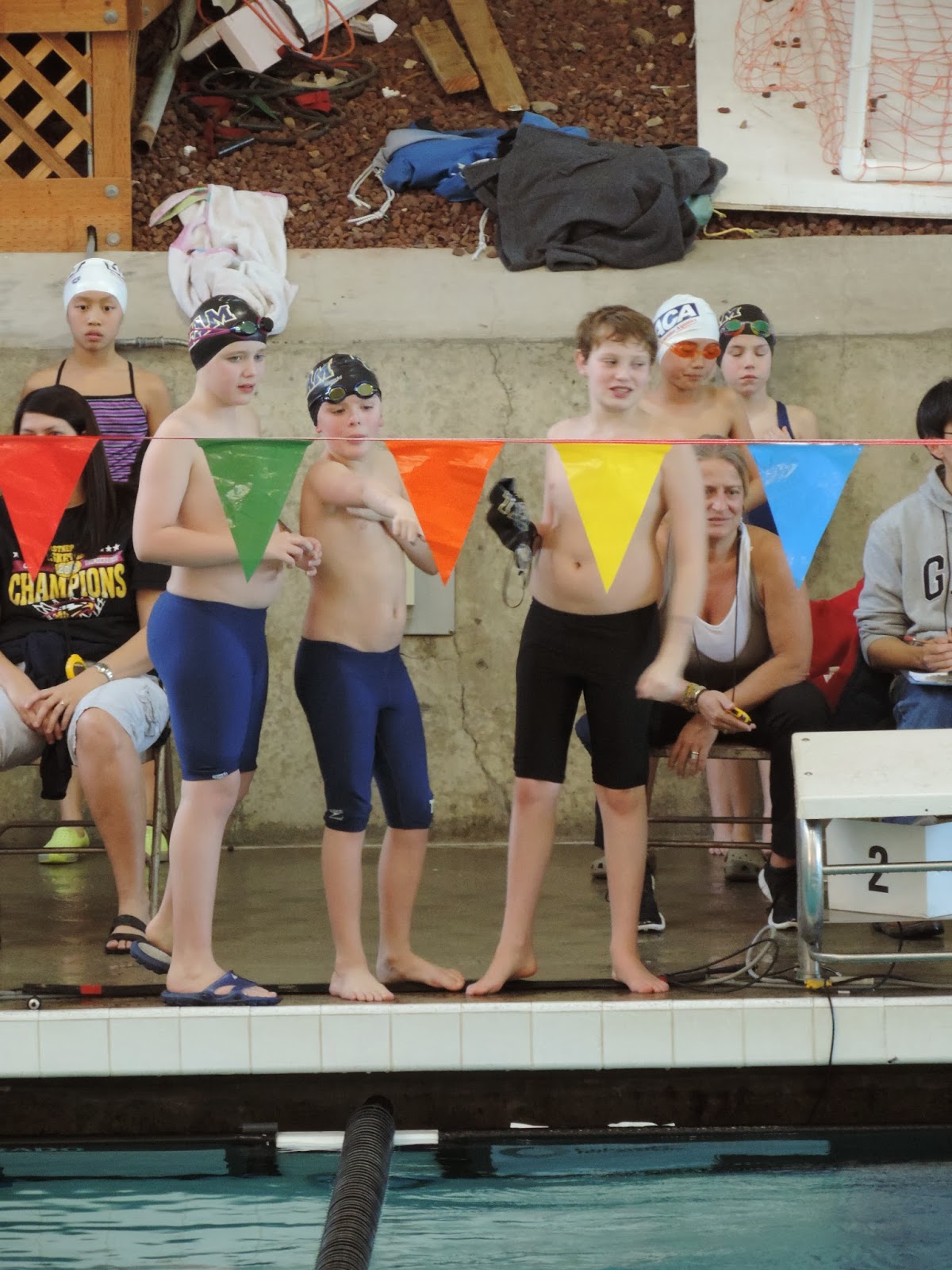 Britt and his friends cheering on a team member. 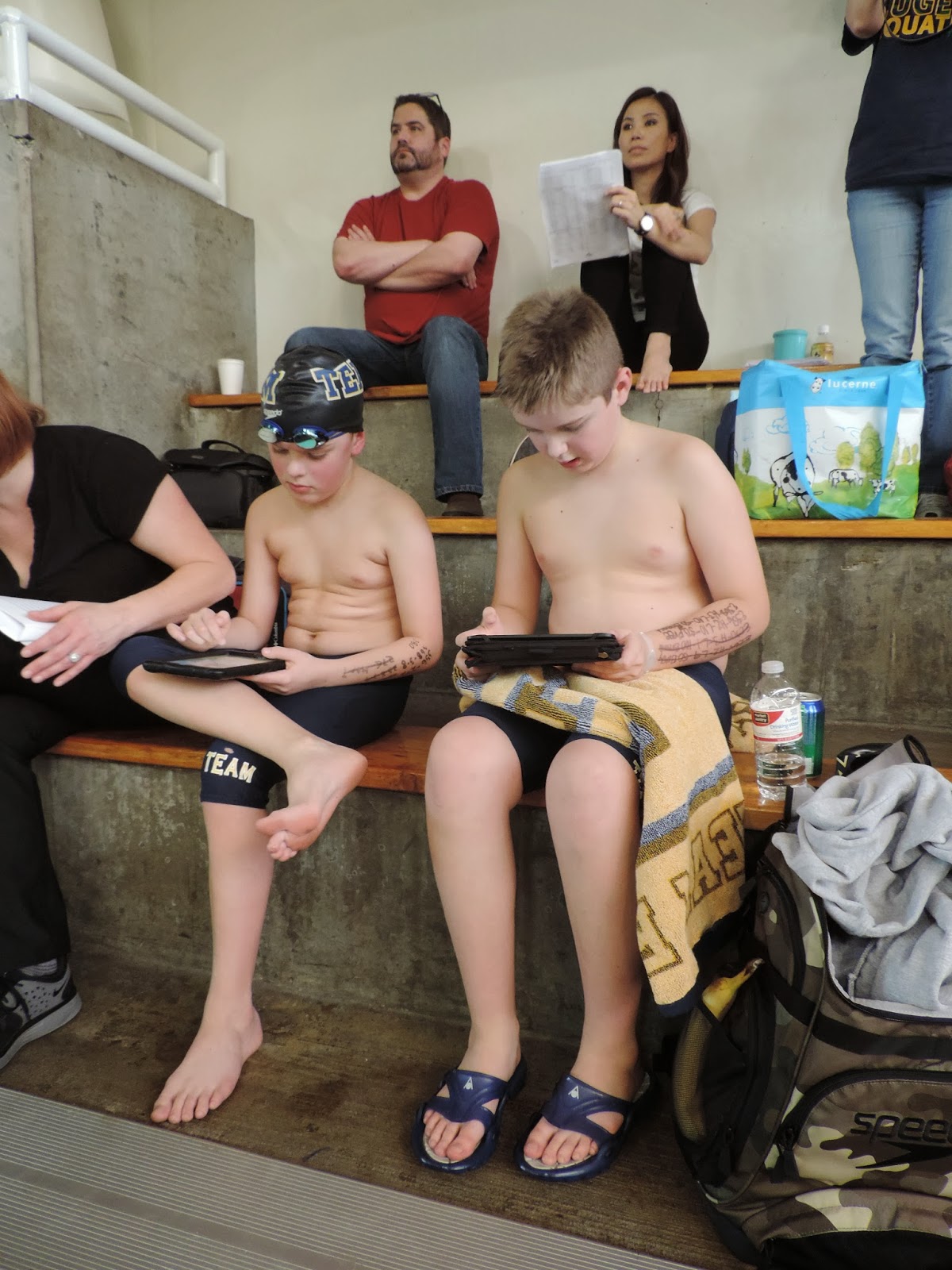 And a little bit of Kindle time. There was a lot of waiting in between events, so he got to be on his device for a while - not a lot, but it did help to pass the time. He has another meet this coming weekend, his last for the Short Course Season, and then we will be moving on to the Long Course Season. We are still learning so much about swimming, but the great thing is, he tries his best and loves doing it, and for that, we are thrilled!
at January 21, 2014