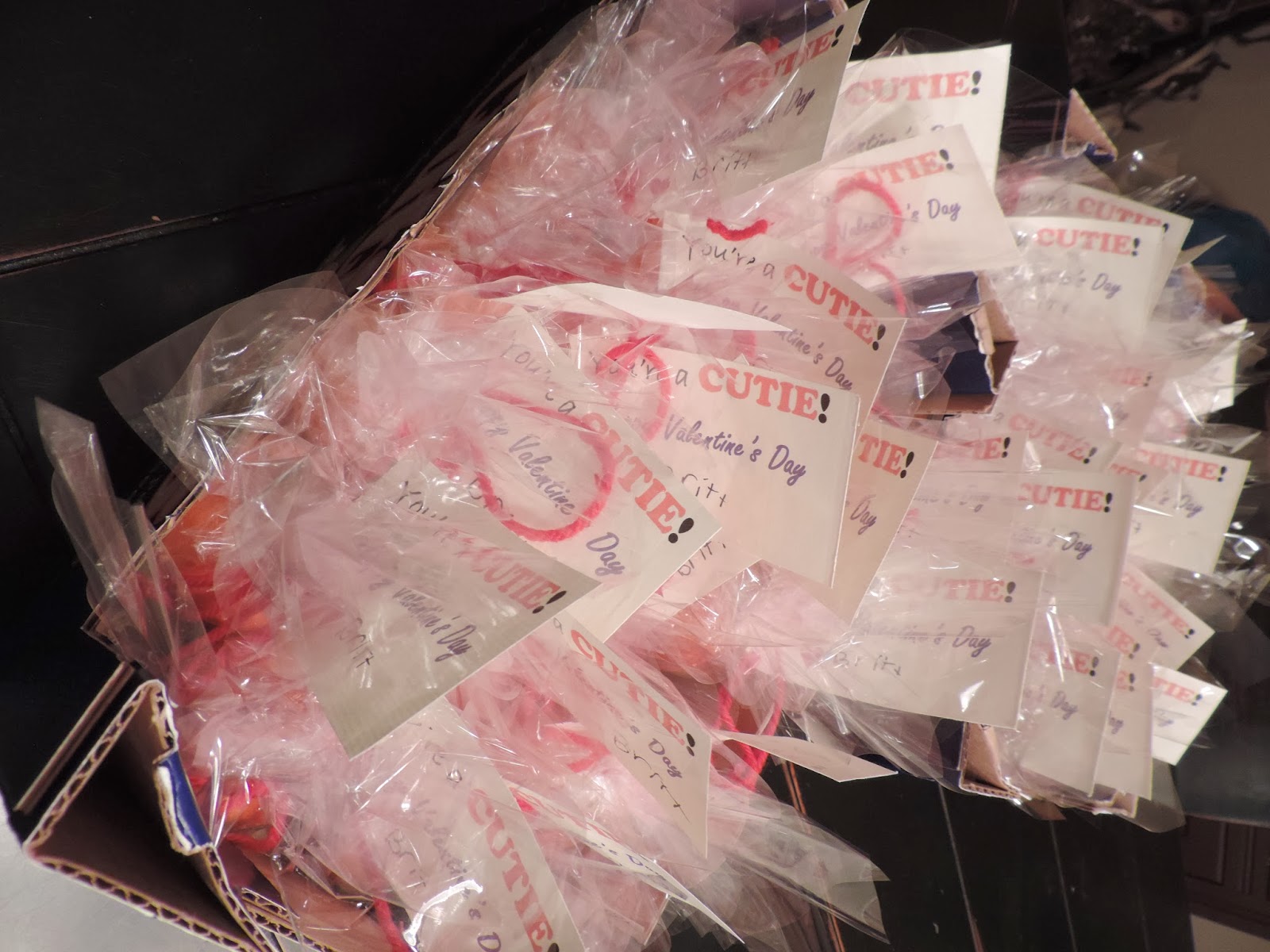 February flew by! Granted, it is always a shortie, but it seems like only yesterday it was the beginning of the month, and now it is the end. Hey, time flies when you're having fun, right? And we've been having loads of good times! The month was not without a bit of drama, however - Britt's school took the fun out of Valentine's Day, and that was tough for me to take, considering it is one of my favorite holidays. It is a long story, which I may share another day. In any case, we were required to make homemade Valentines, which is what you see above and below. Not to brag, but they turned out really CUTE! (Pun intended!) And huge thanks to my friend Bethani for the idea! (You're a CUTIE! Happy Valentine's Day! ♥Britt, with a Cutie inside cellophane.) 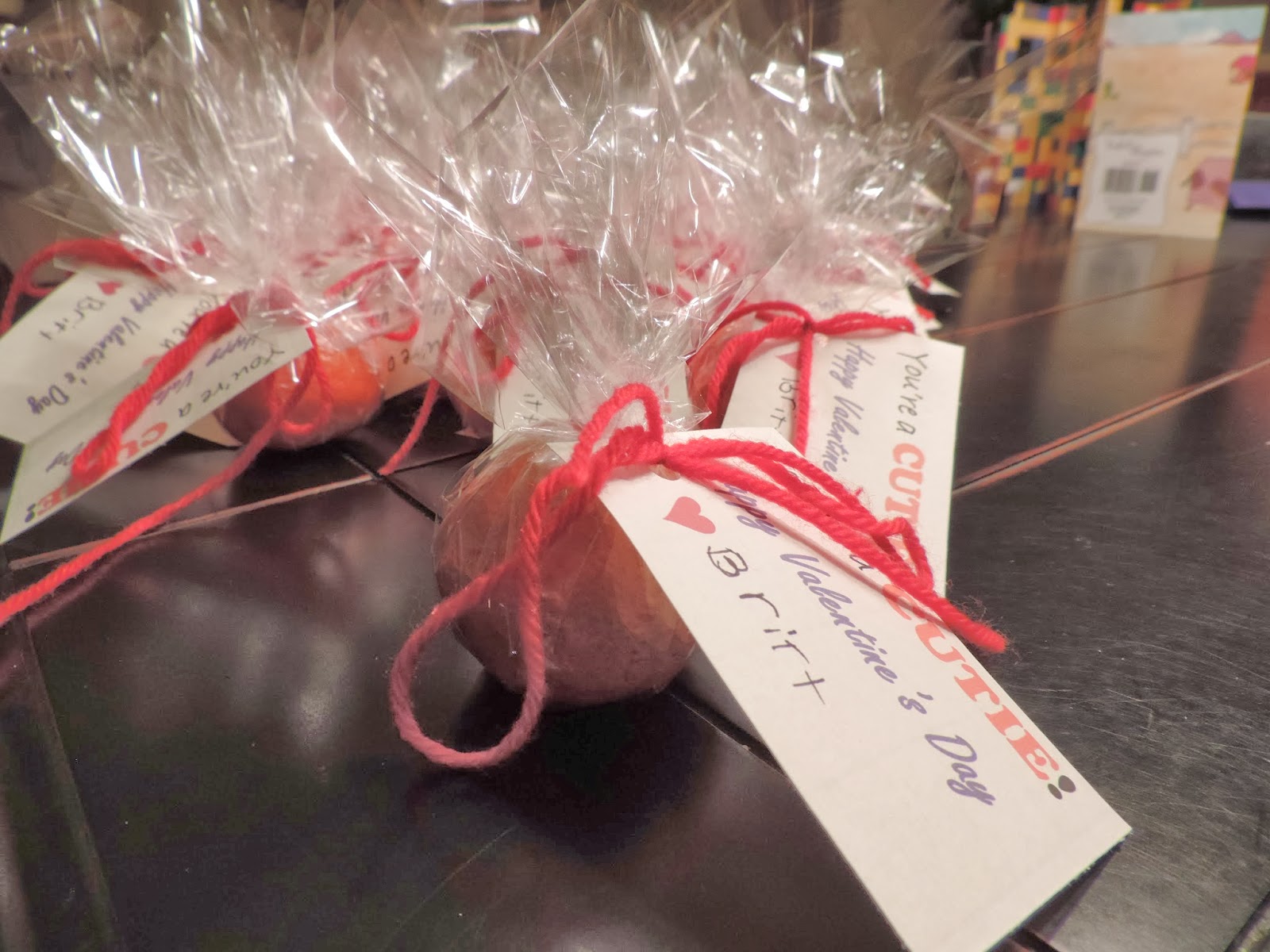 Below, my sweet little Valentines. As Valentines go, they are pretty cute themselves, don't you think? 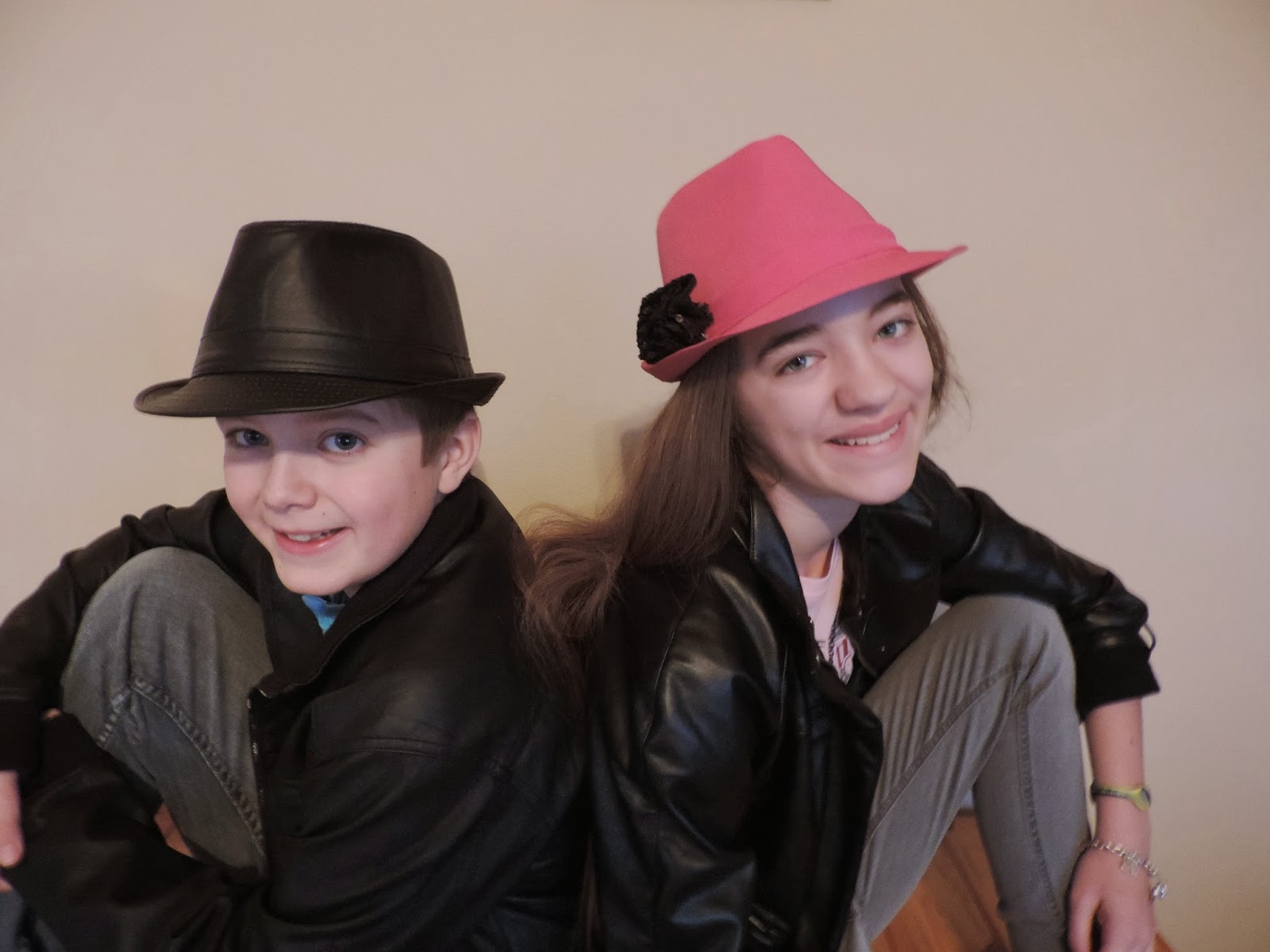 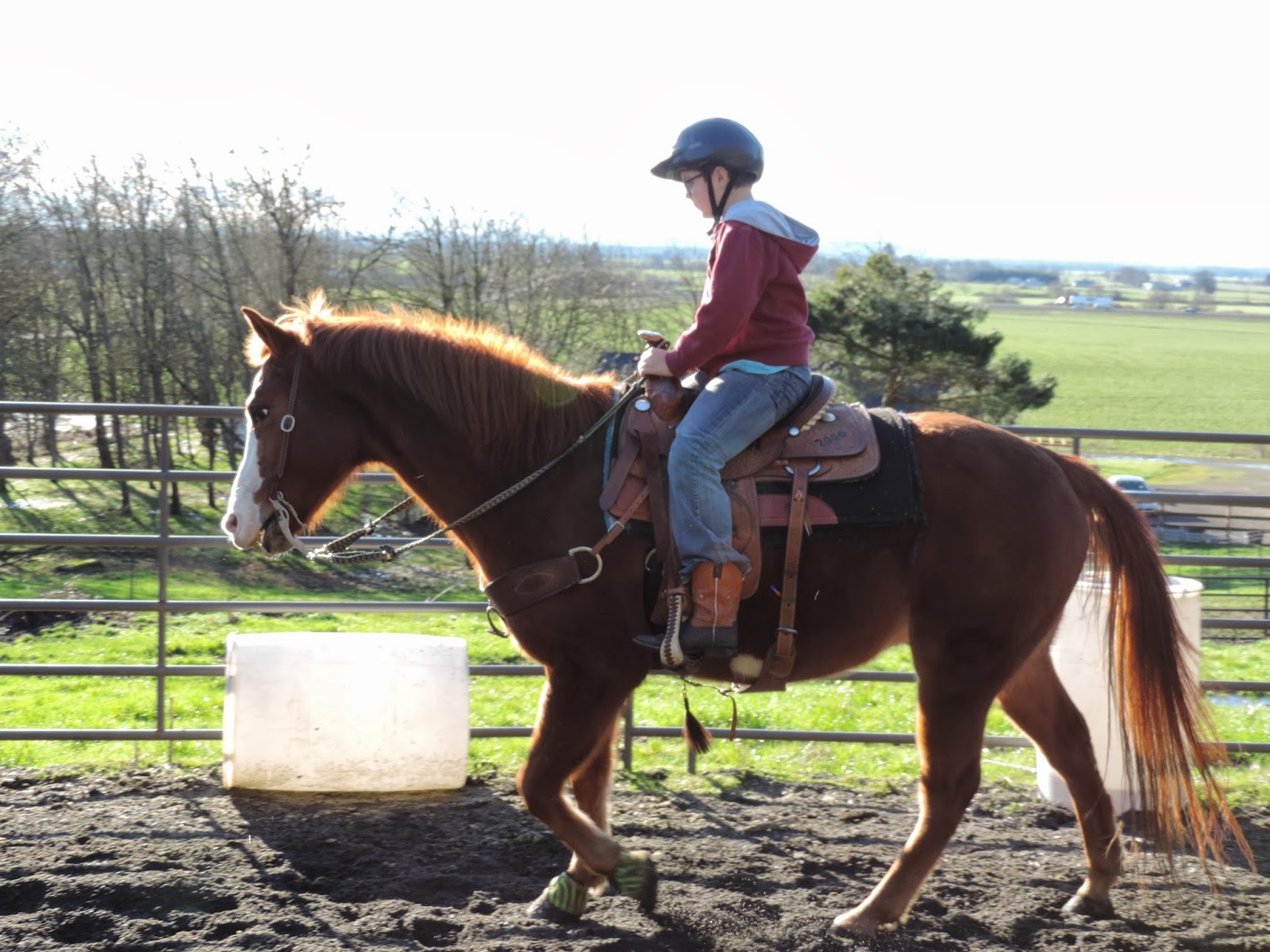 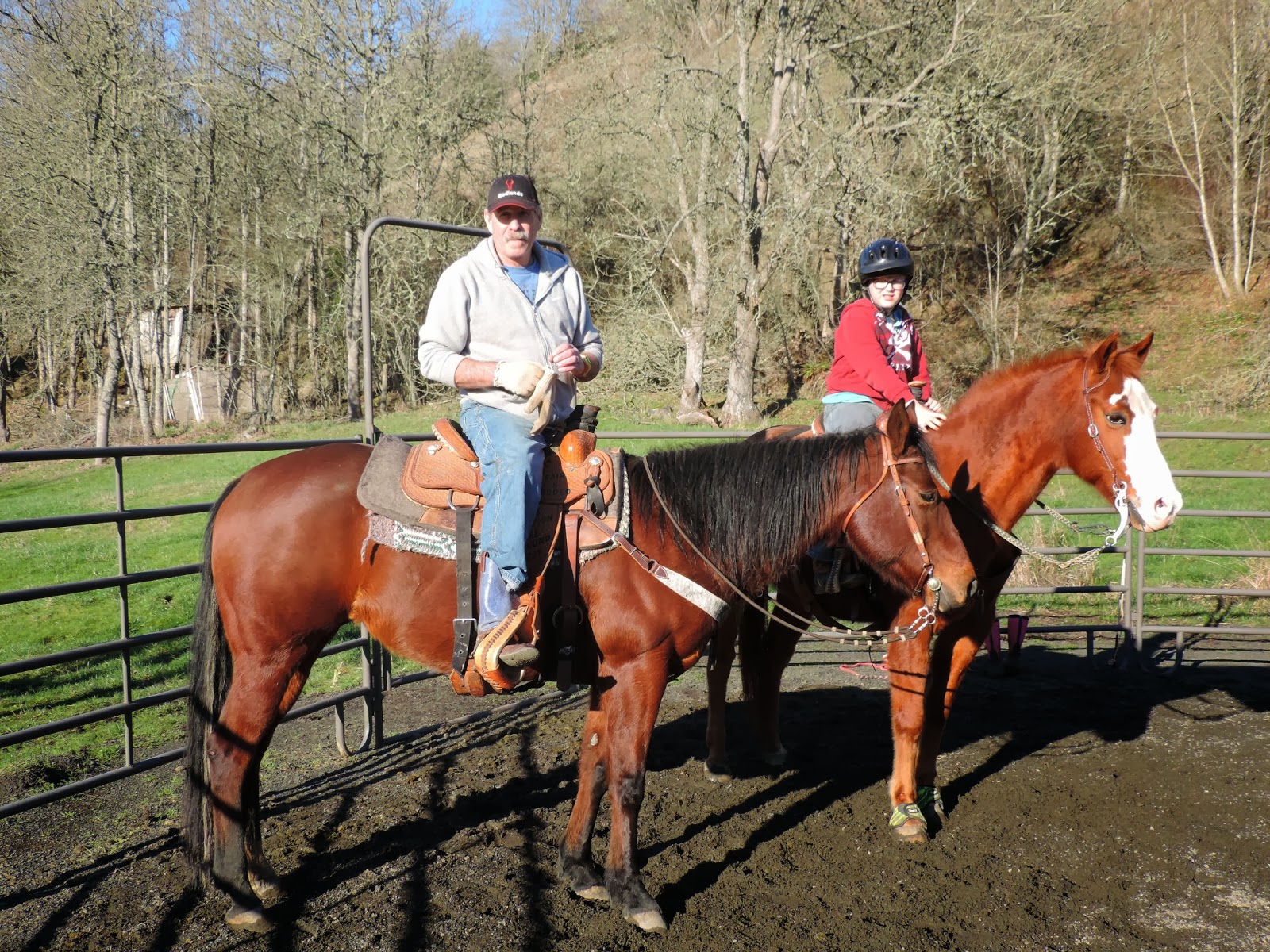 Last Friday, Britt and Brady got to ride in the sunshine! Brailey was at play practice, so she missed out, but the two boys had a great time. The sorrel horse, Alvin, has come so far! His foot is all healed up, and he takes perfect care of Britt, which is priceless, because on Saturday, we went to a WHO Show! 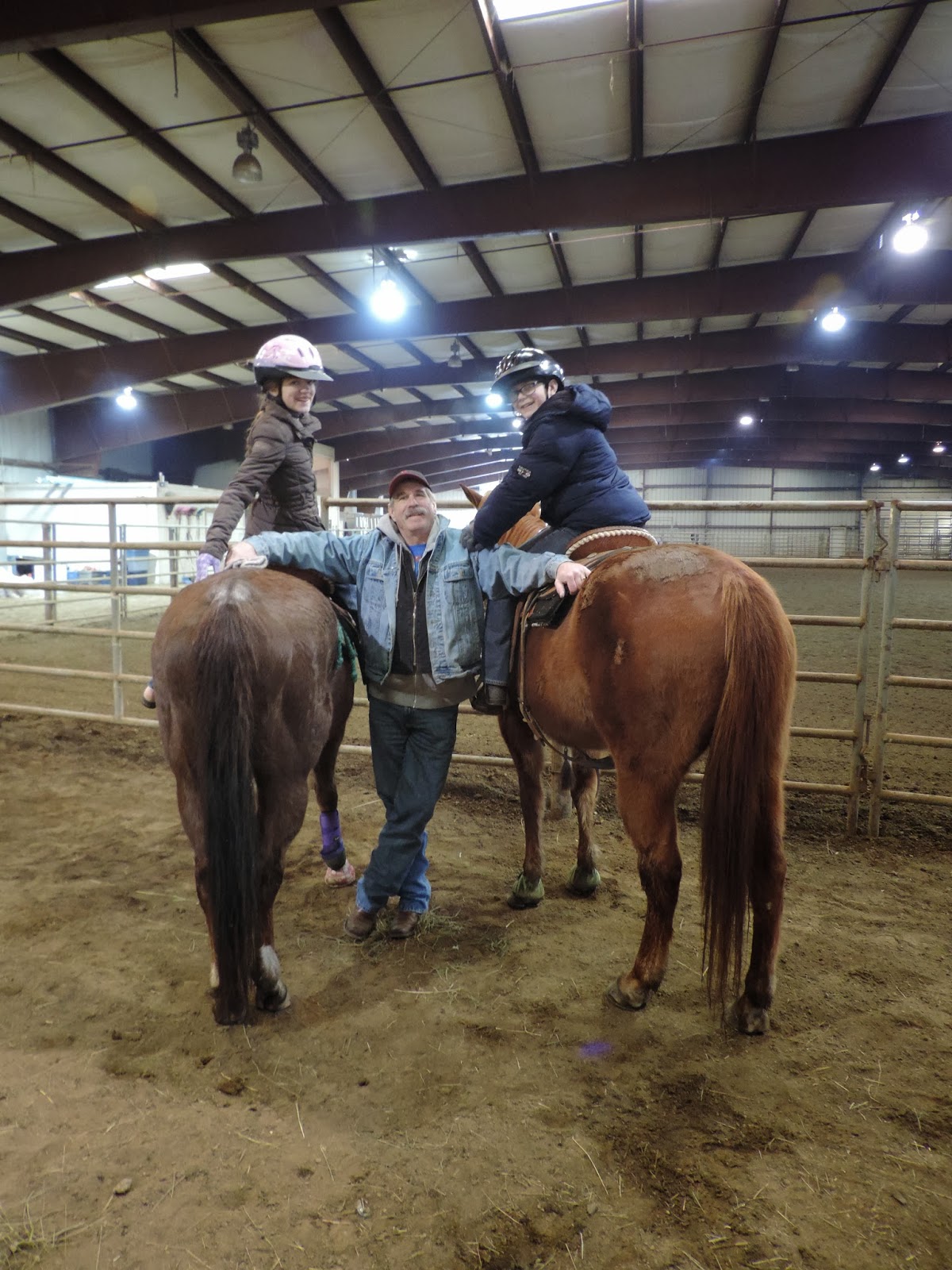 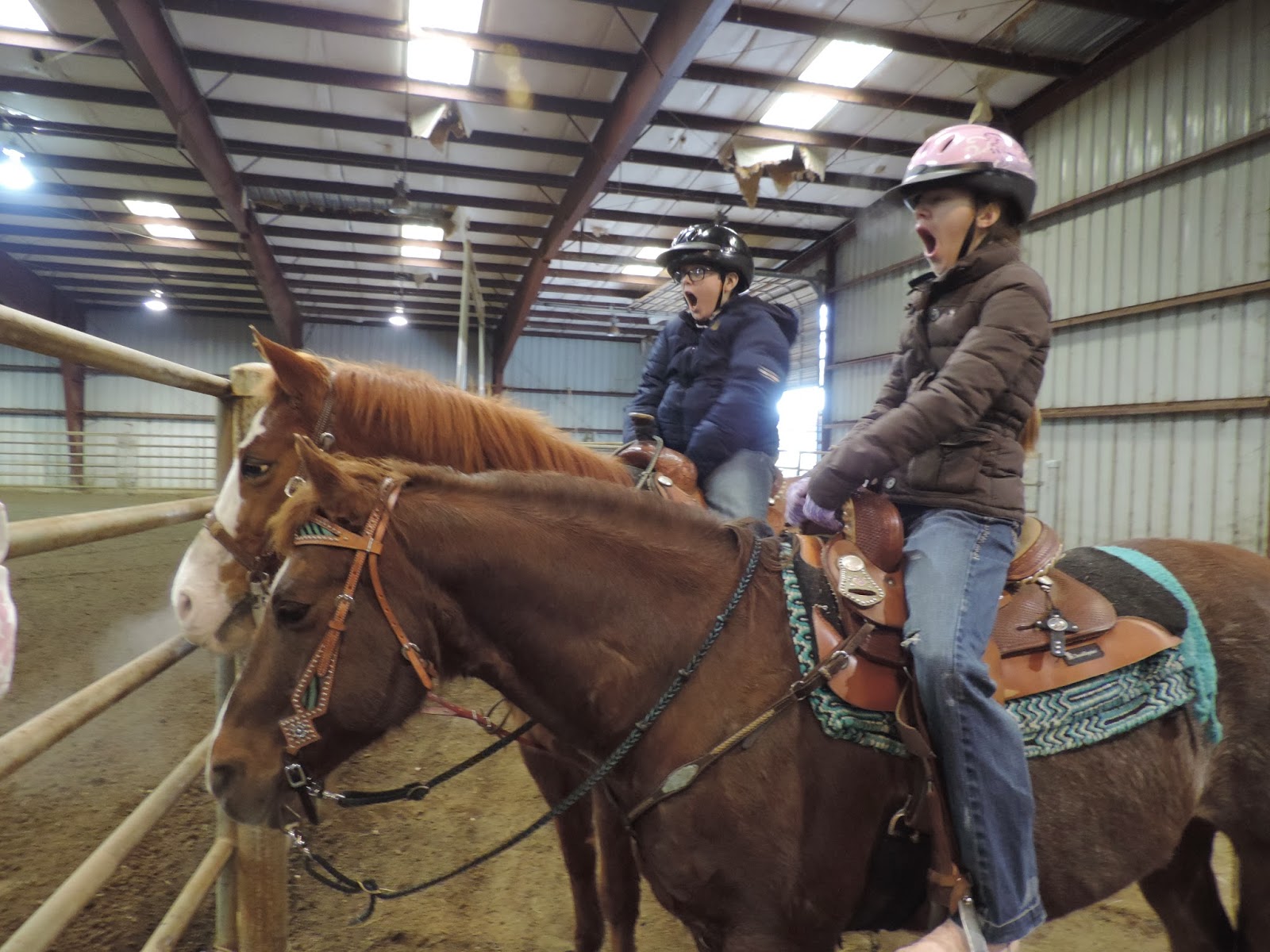 The B's were bit a tired after a busy week, but they are troopers! Both yawning at the same time... 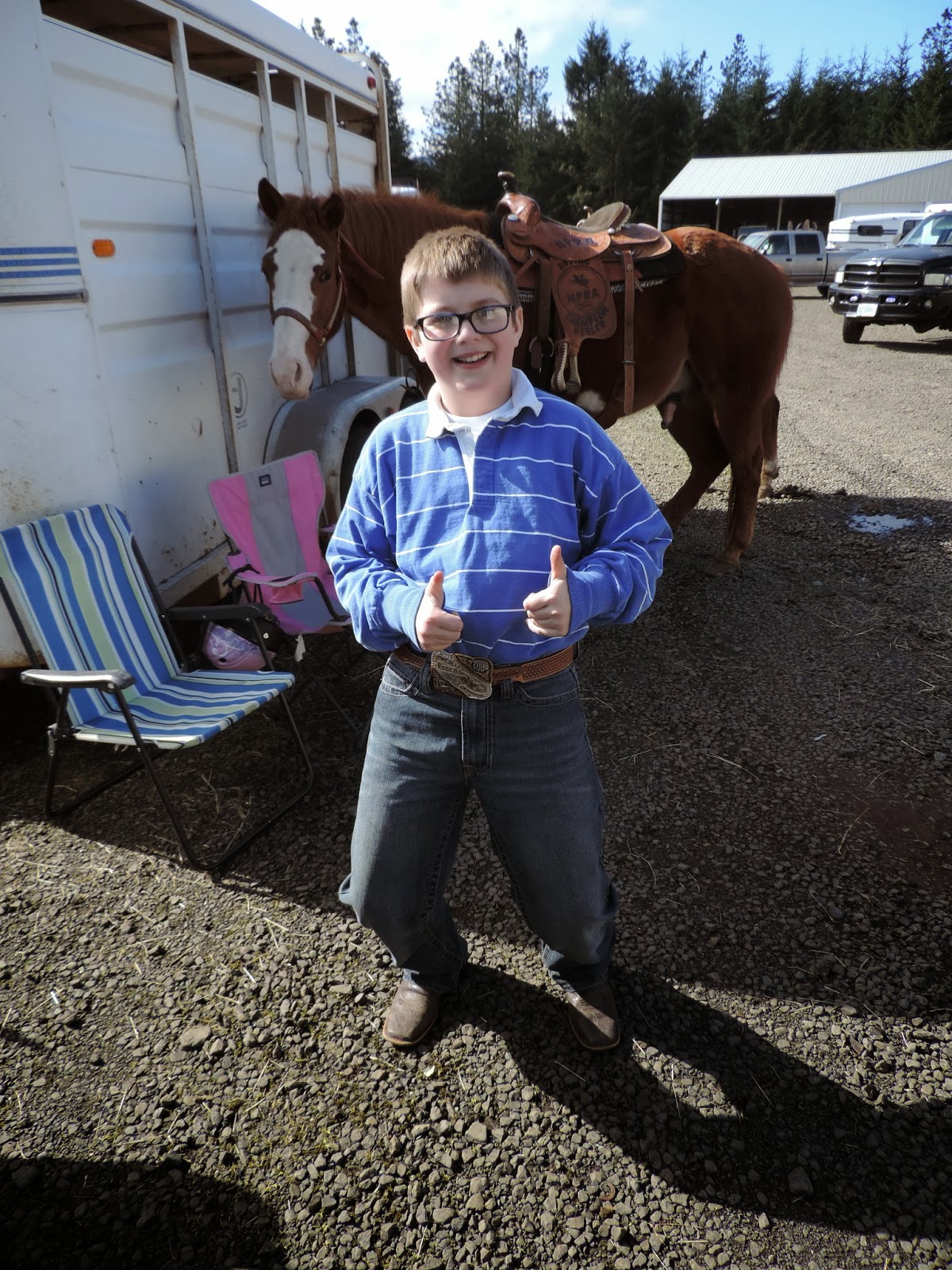 Britt was so excited he and Alvin did well in the Figure 8 and Pole Bending! And that sunshine brought out the happiness in him. It was a gorgeous day! Believe it or not, all three of my B's got a little sunburned during our little lunch break! Now that is a good sign - the sun is getting closer to us! Yay! 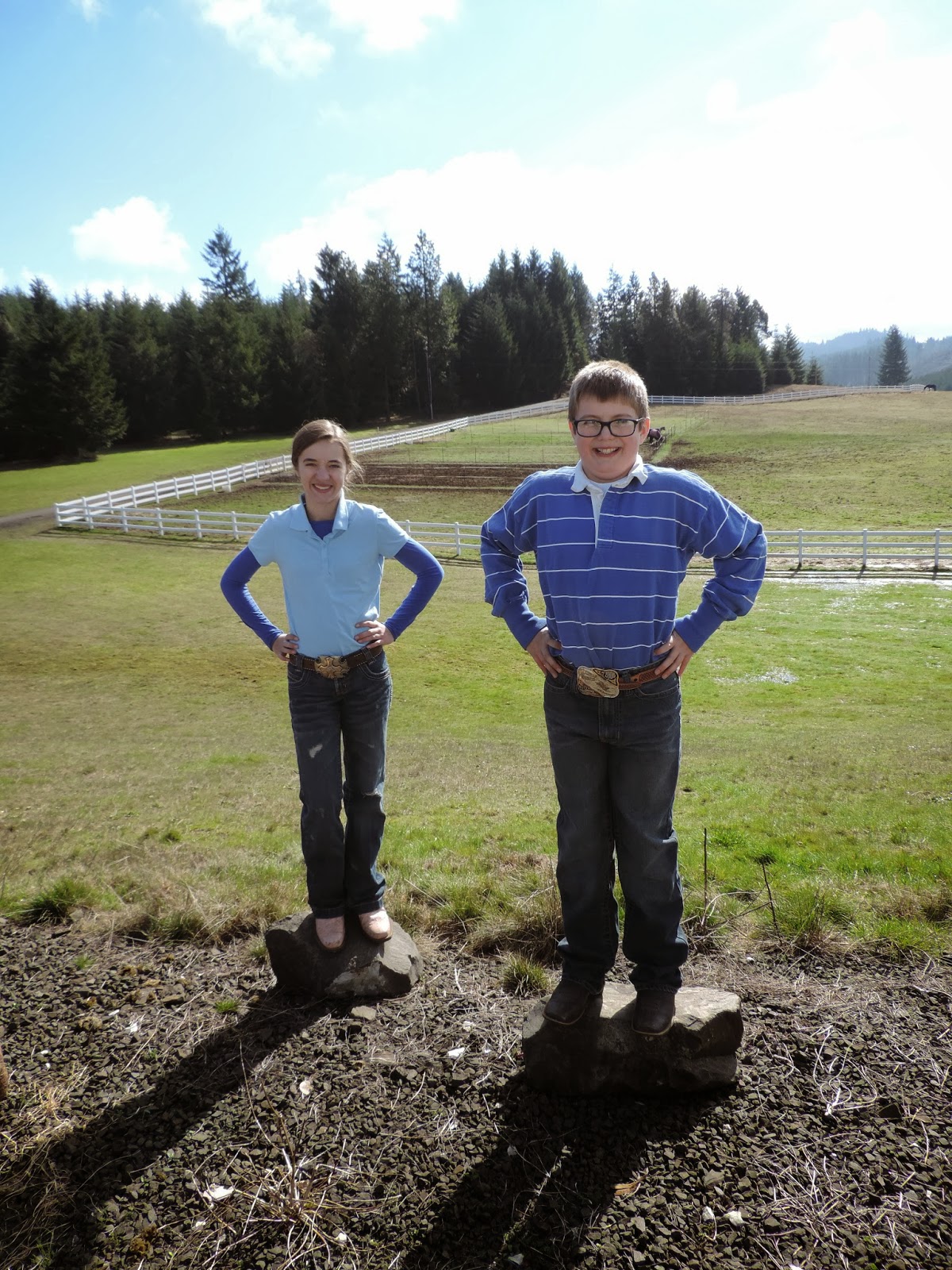 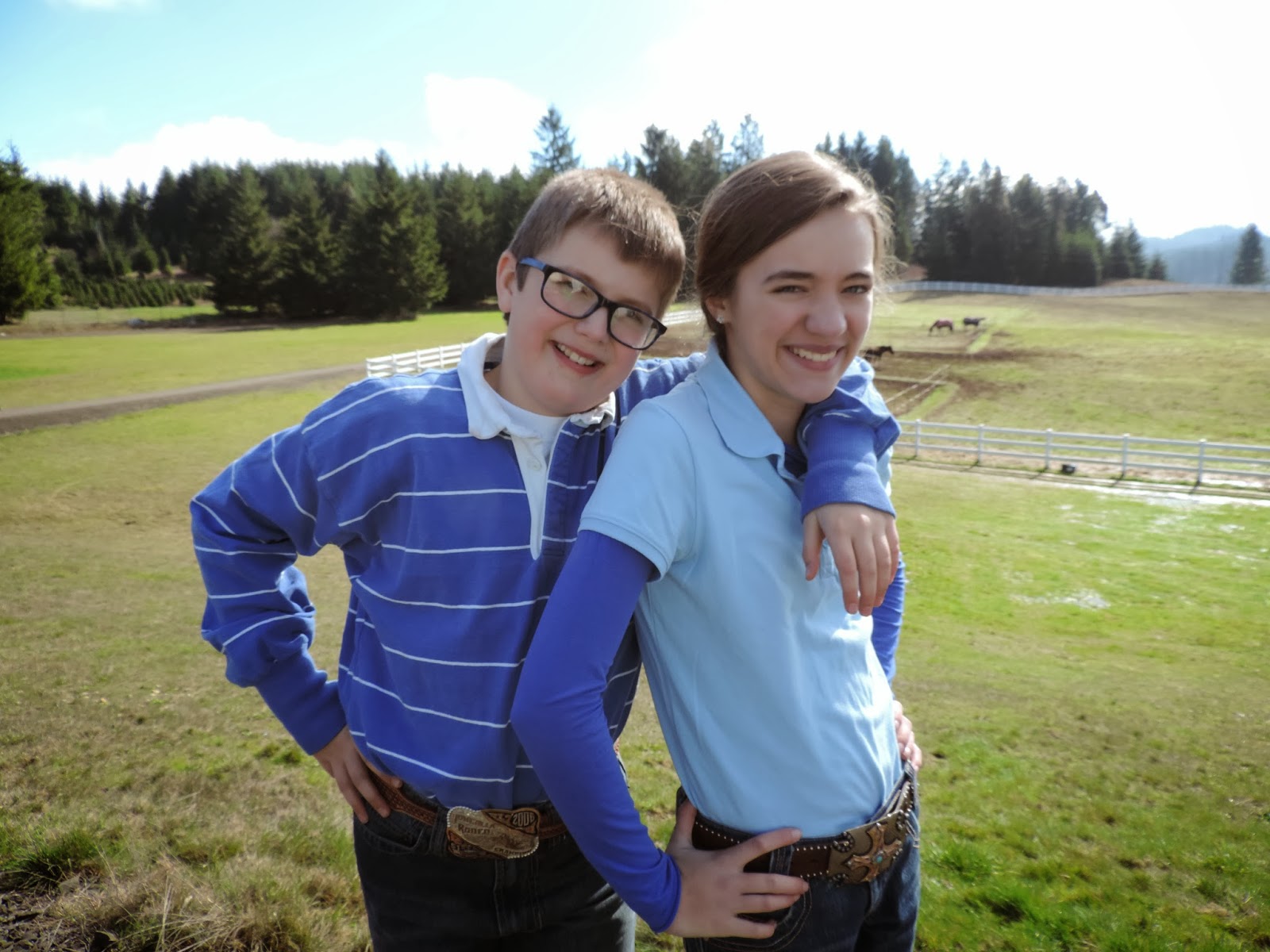 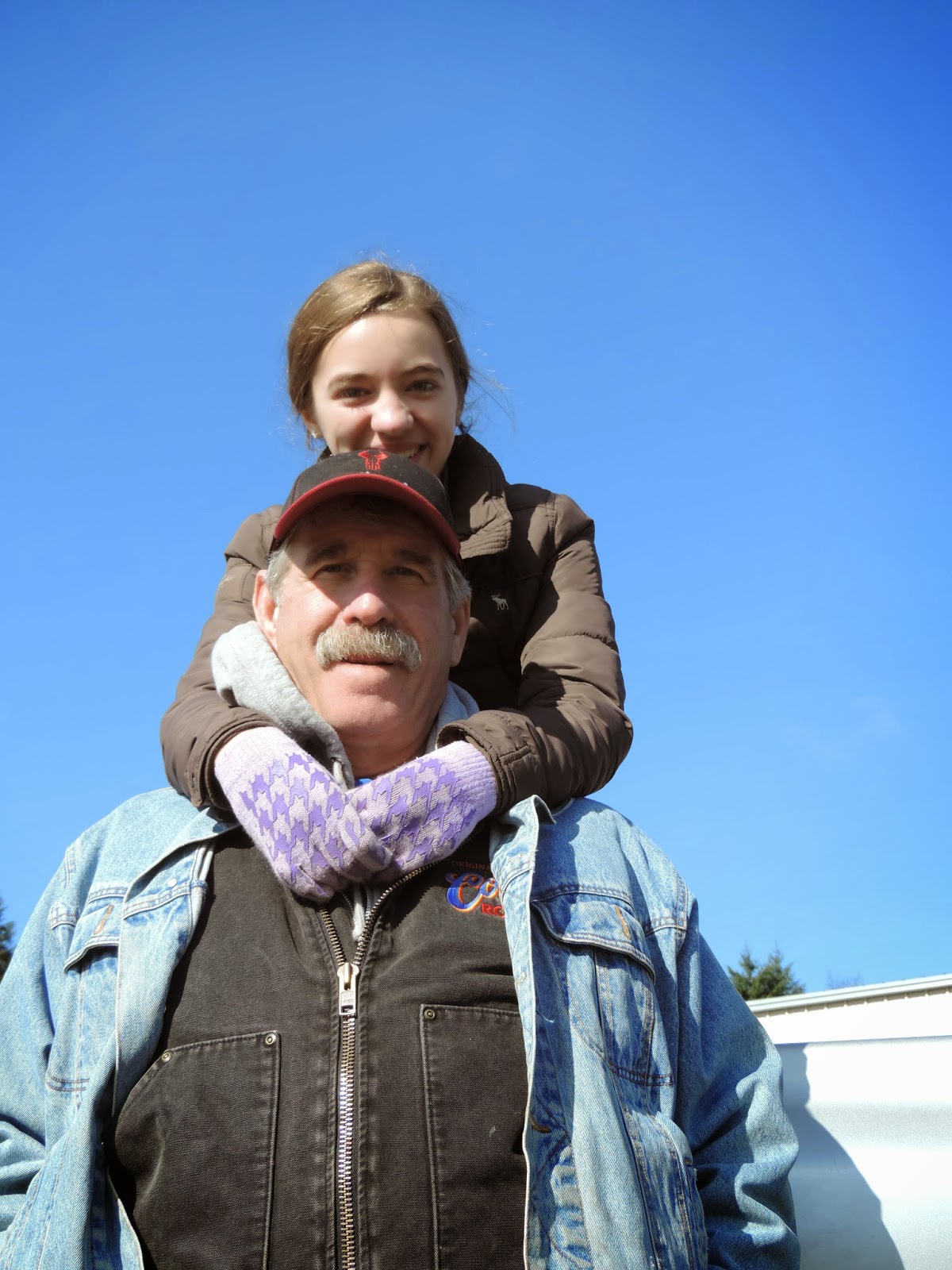 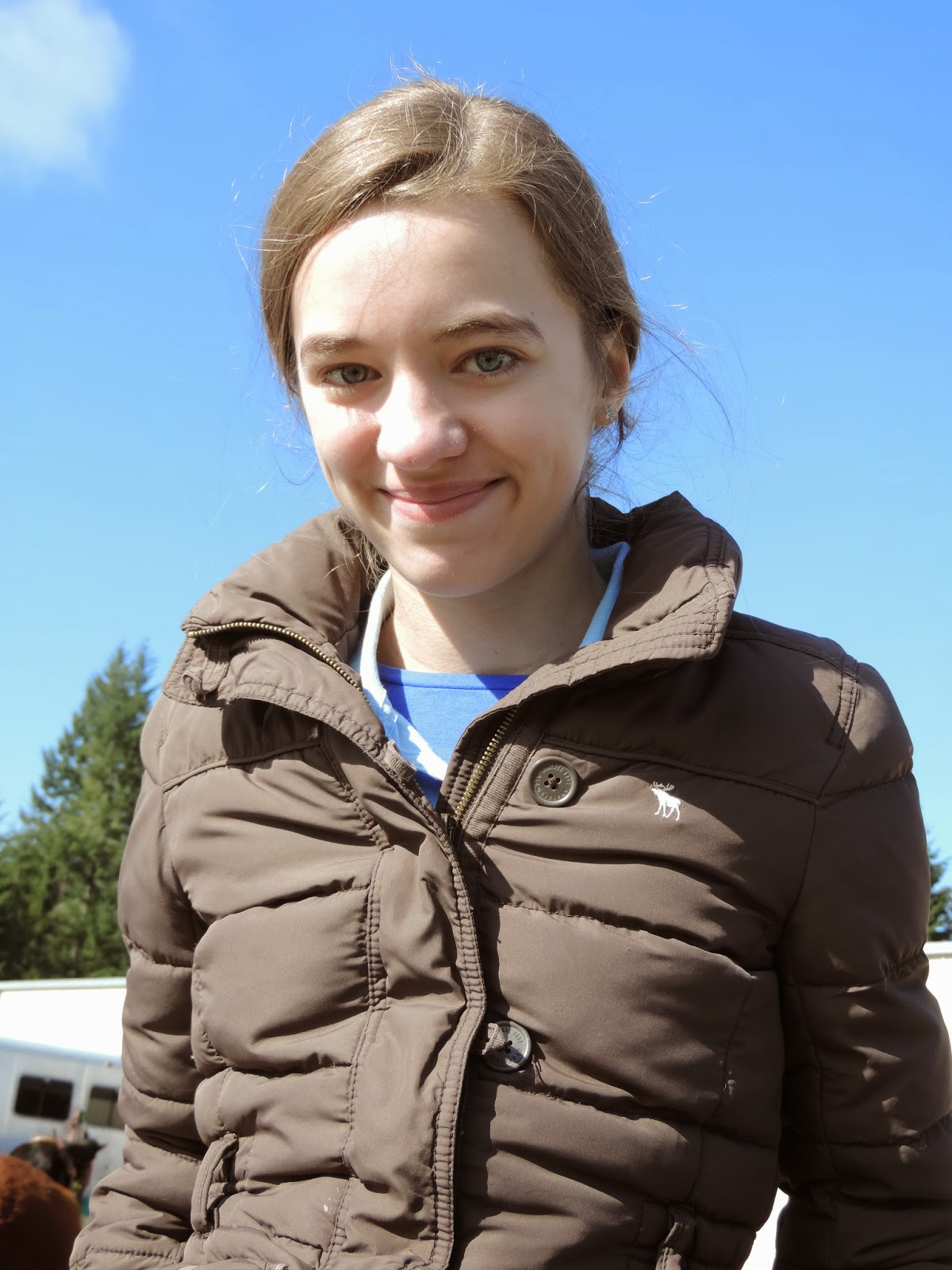 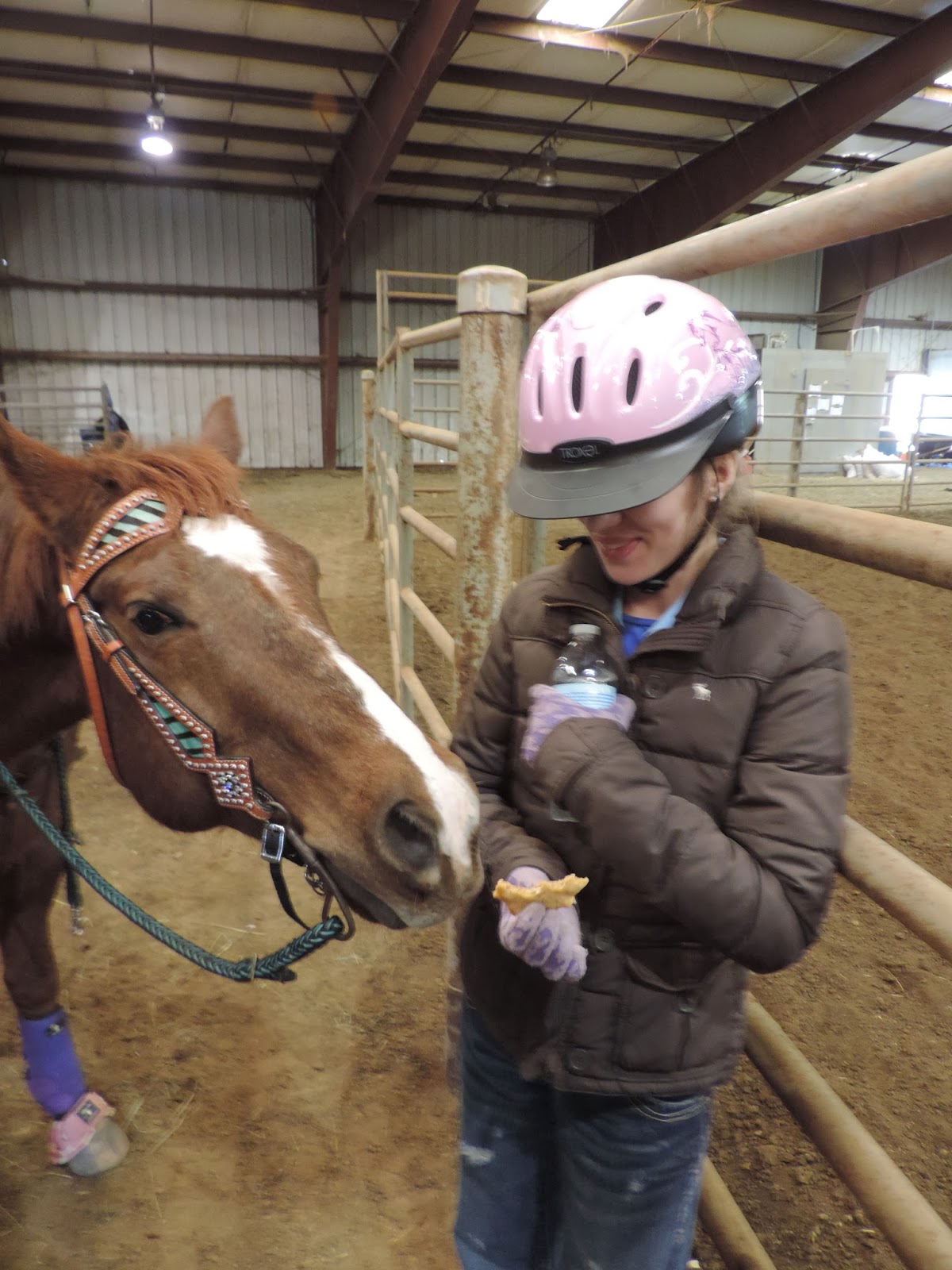 After Brady fed Alvin part of his cookie, Texi thought he wanted to try one, too. Brailey improved all her times from the last WHO Show, which is great! Neither B has gotten to ride much this winter, due to our packed schedules full of swimming, volleyball and life in general. Despite this, they both did great! Alvin enjoyed himself more than anyone, it has to be said - he was ready to become Britt's horse. It makes me so happy I could cry...! And you all know Big Mama doesn't cry. 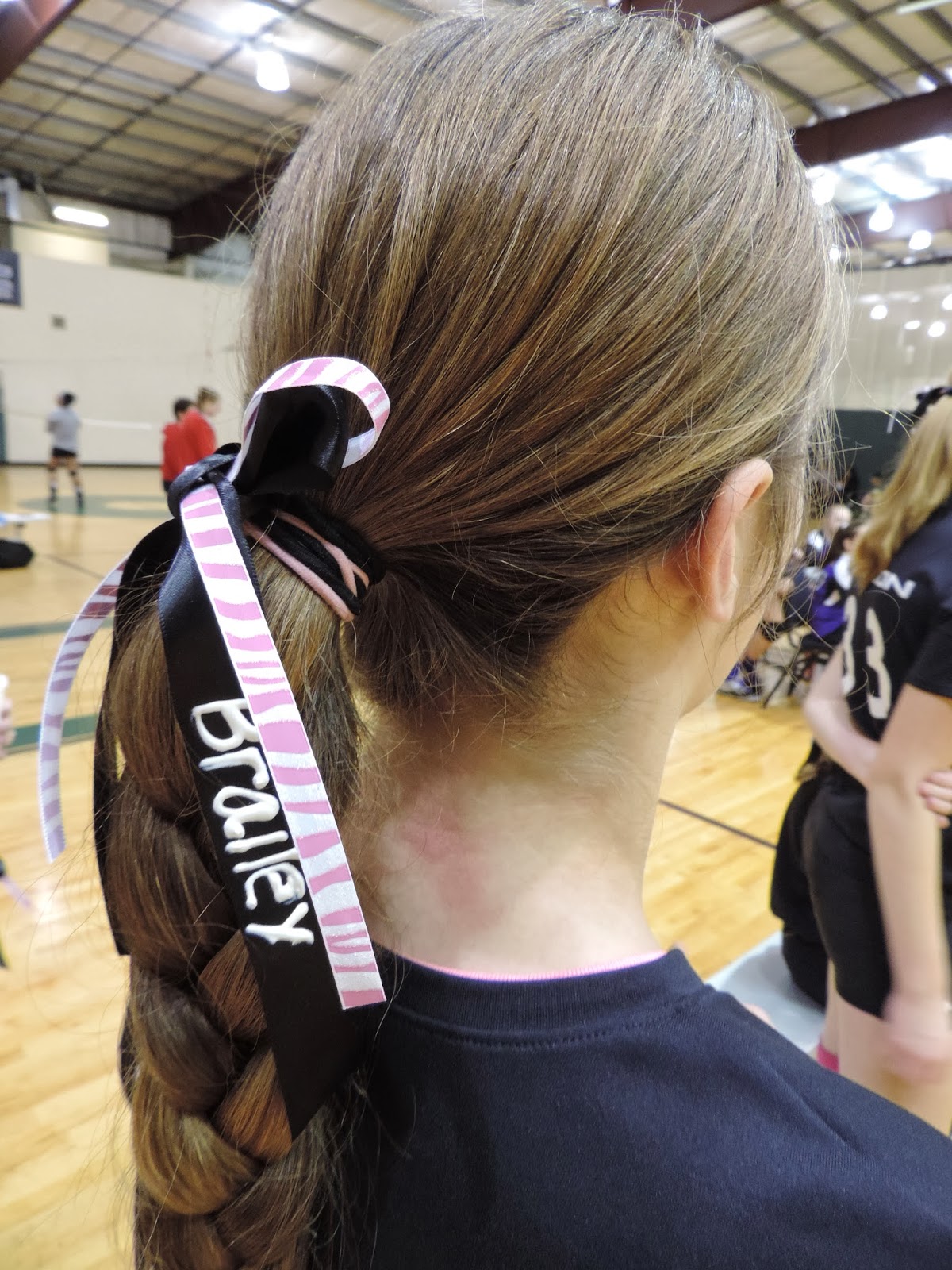 And then there was volleyball. Two of the moms made all these cool hair ribbons for the girls - aren't they awesome?! They looked so cool! 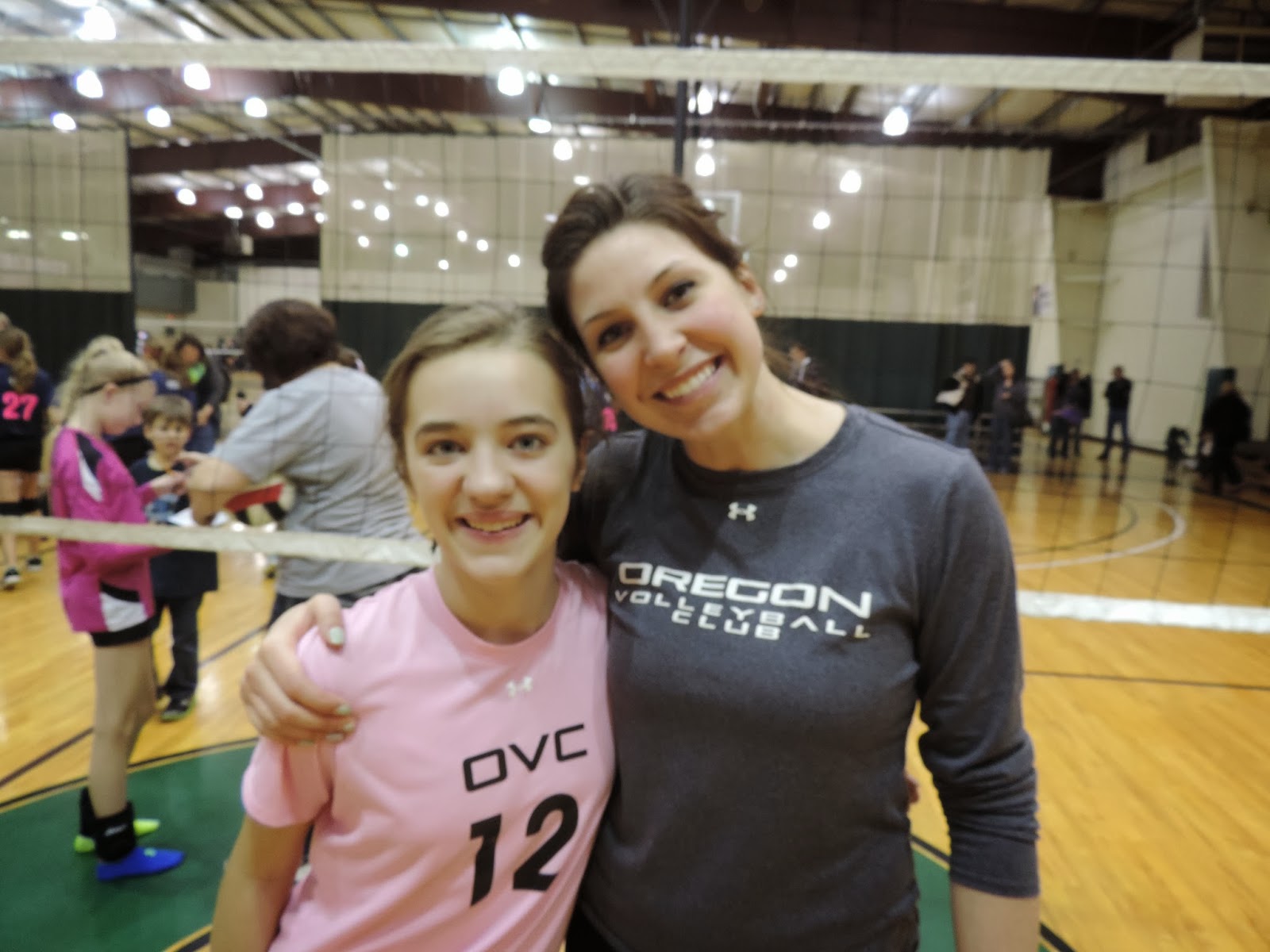 Brailey LOVES her coach, Coach Maren. She is a GREAT COACH, and such a blessing to the girls and, frankly, all of us. She is a senior at NCU (Northwest Christian University). Our team is so lucky to have her! 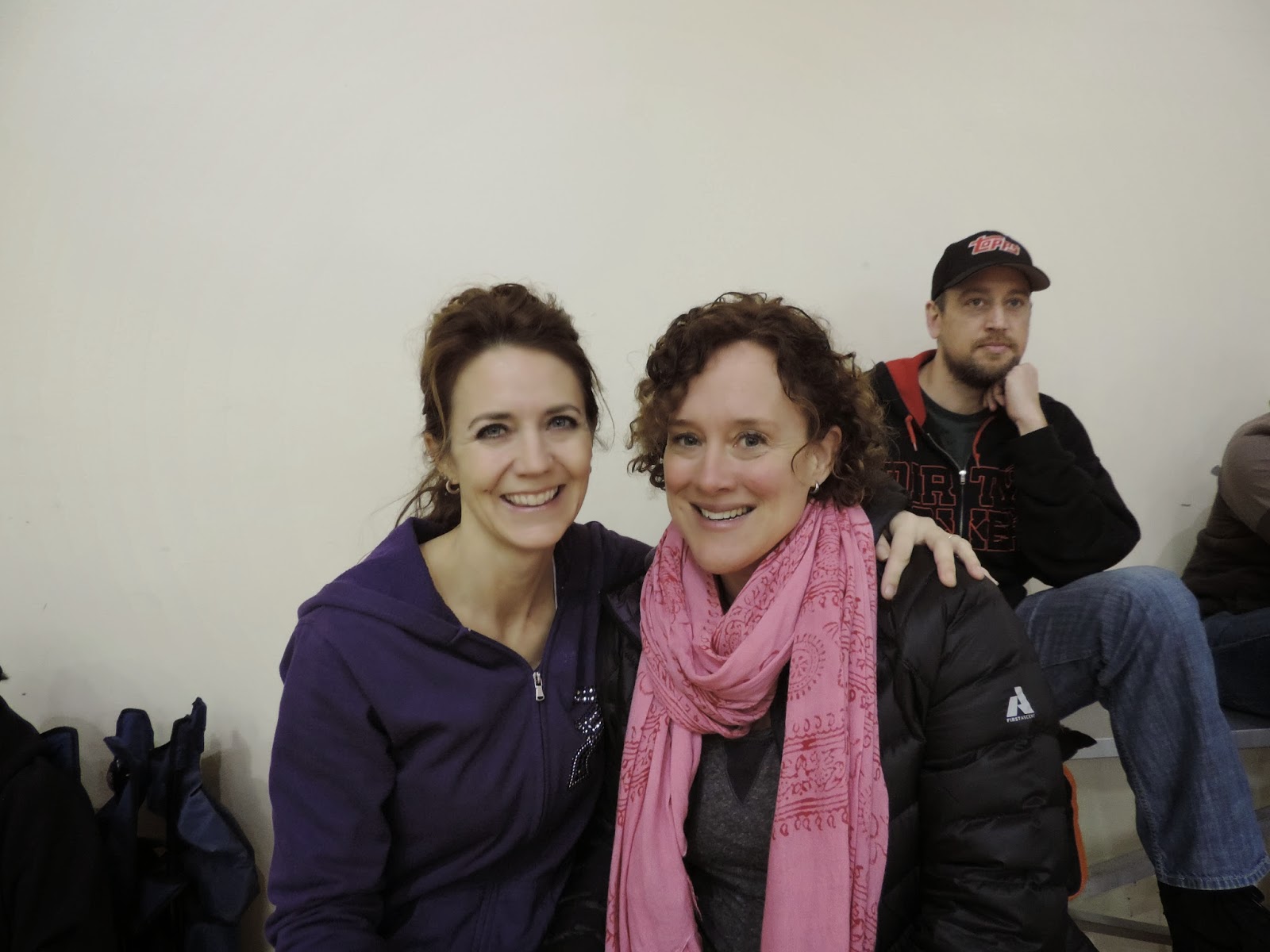 I had a huge surprise at the tournament. As we were walking into the building, two ladies "cut" in front of us in the line, and I felt drawn to look into the one lady's face, only to hear her say, "Bobbi Jo?! Is that you?!" It was my beloved, precious, forever-friend Zorayda! I have known her for over twenty years, and we are the kind of friends that can pick up right where we left off. She is always in my heart and I love her so much. And her baby, Elise, who is only a couple of months older than Brailey, is playing club volleyball, too. And they are both number twelve! It was so fun and heartwarming to catch up with Zora. She used to play college volleyball for U-Mass, and her daughter is a natural, just like her! We were able to get connected on Facebook and Instagram, so now we can stay in better touch, and hopefully we will be at some of the same tournaments in the future. Zora is one of the most incredibly special people I know - it is an understatement to say it was great to see her and Elise. 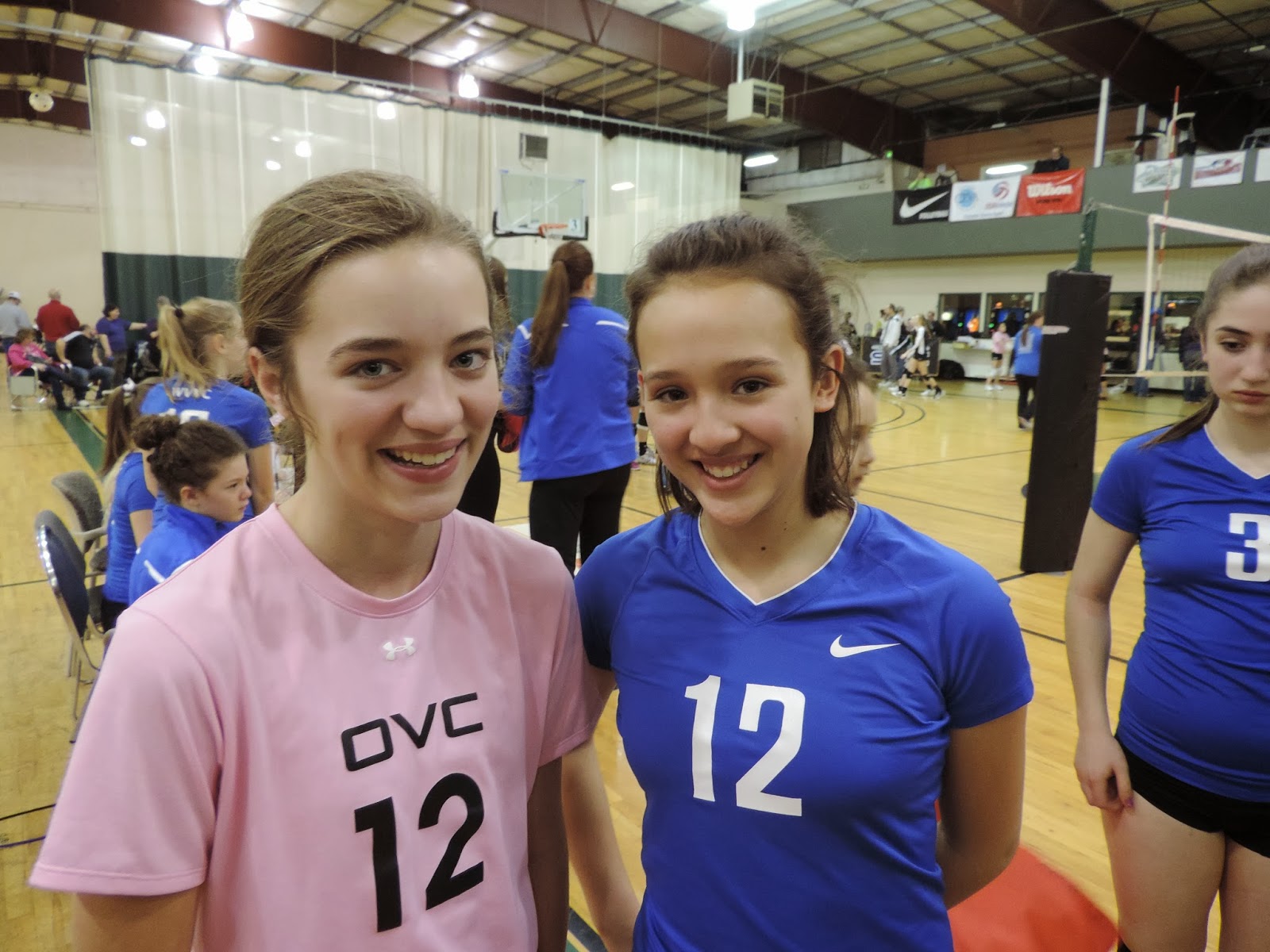 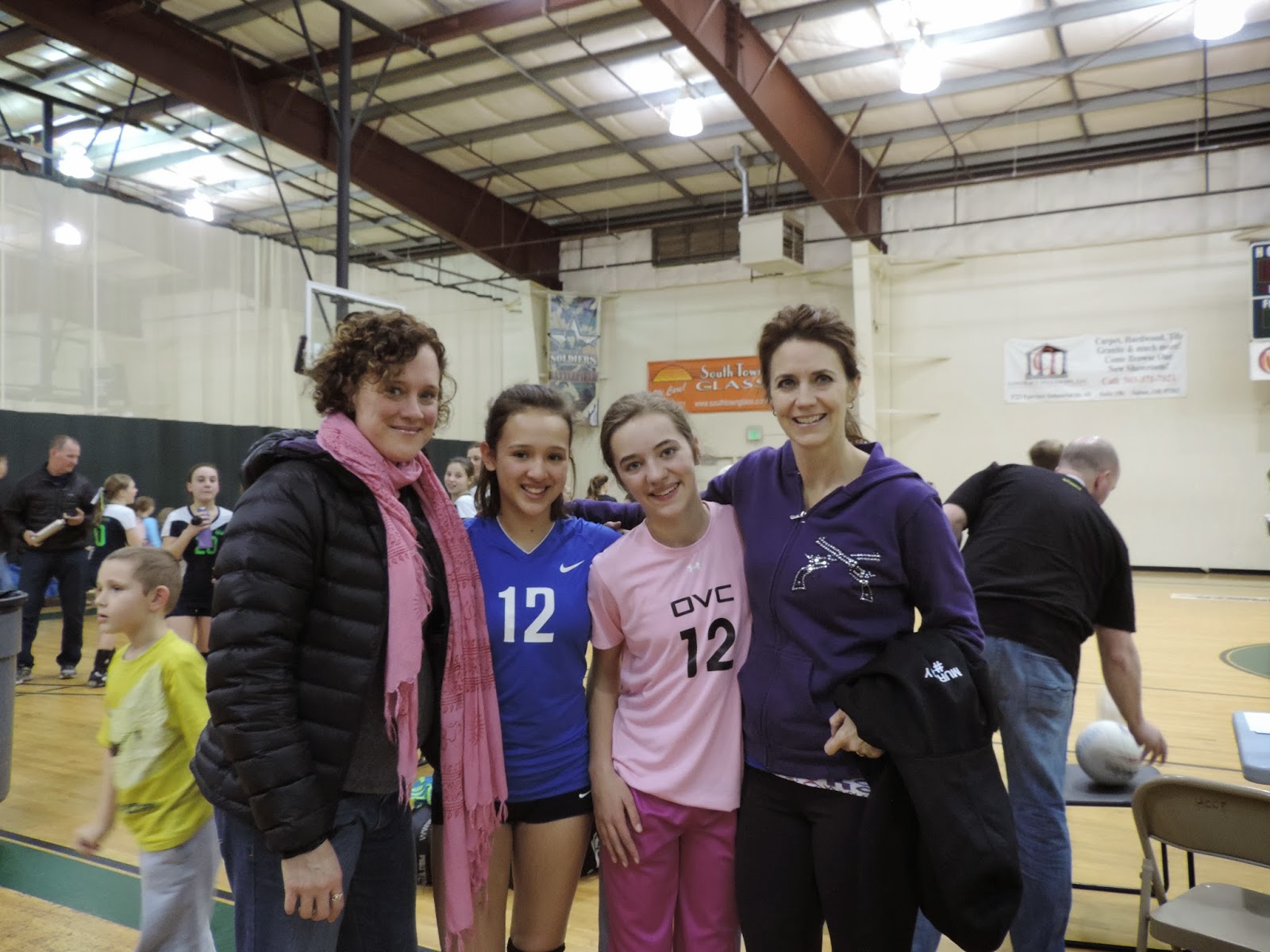