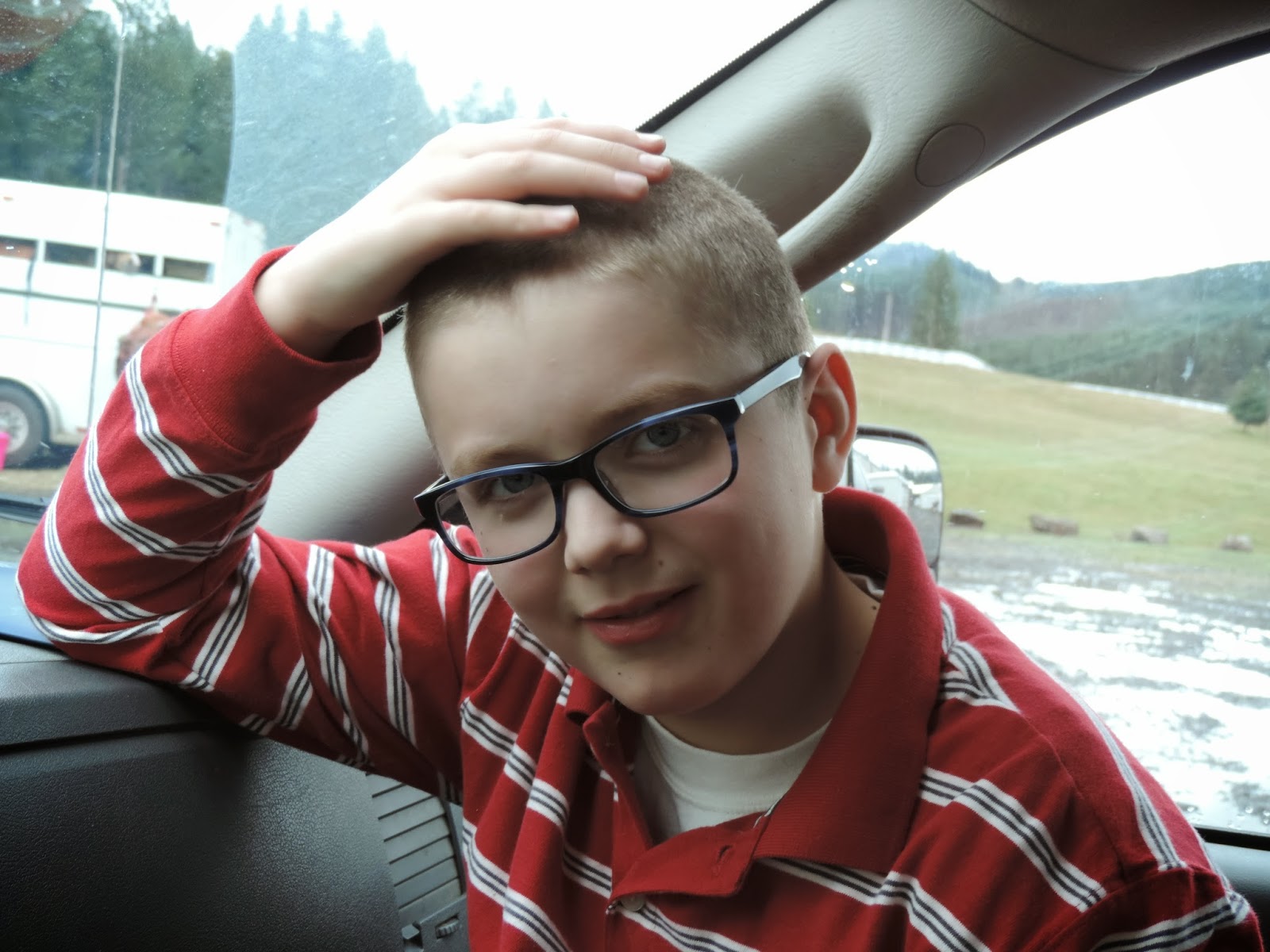 Yes, disaster struck, in the form of a haircut. Friday, I took Britt to get a haircut, and despite what Britt's hair looked like prior to getting the haircut and our description of what we wanted, the lady butchered Britt's hair. Have you seen the movie, The Grinch, with Jim Carrey? Remember the clipper scene, when The Grinch goes right down the middle of the mayor's head? That is exactly what this lady did to Britt. LITERALLY! I said, "Whoa! Whoa! Whoa! Whoa! Whoa...! We don't want it that short on top!" Well, too late for that. Britt sat in the chair, choking back tears as she finished, and I sat in my chair next to him, trying to console him through my shock. In fact, I was so shocked, I still paid for the cut. When Brady saw him, the first thing he said was, "I hope you didn't pay for that." Why did I?! I can only blame it on the trauma of the entire fiasco. What can we say? Bad haircuts happen every now and then. This is the shortest his hair has ever, ever been. He was born with longer hair than this! He wanted to wear his hat to school, but unfortunately, there is a "no hats" rule, which I normally like. However, we told him to keep his chin up and to call it his Brad Pitt Haircut, and that Brad Pitt is the most famous actor in the world, so he's still cool. Thankfully, his hair grows fast. Let's hope it grows double time! 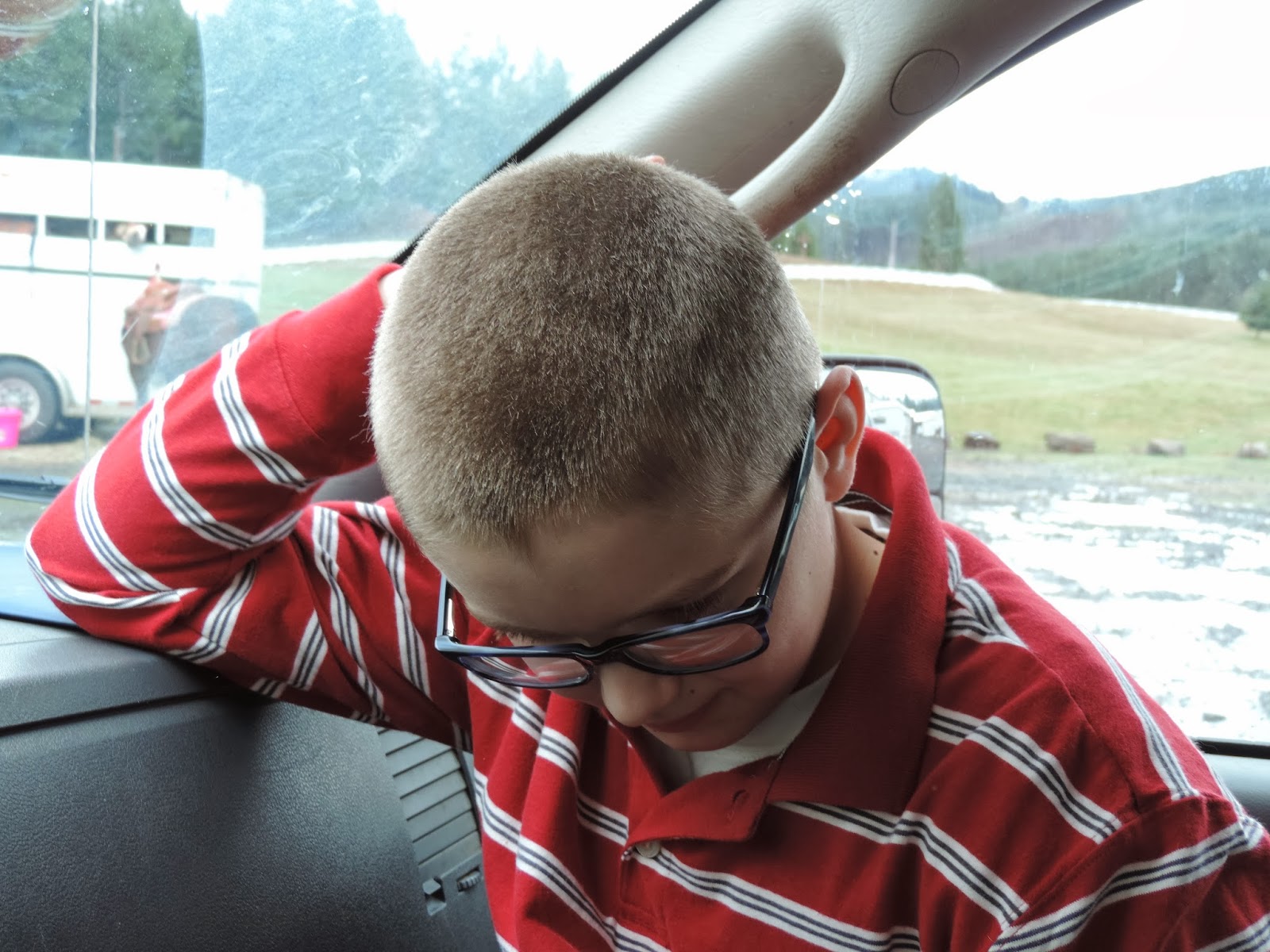 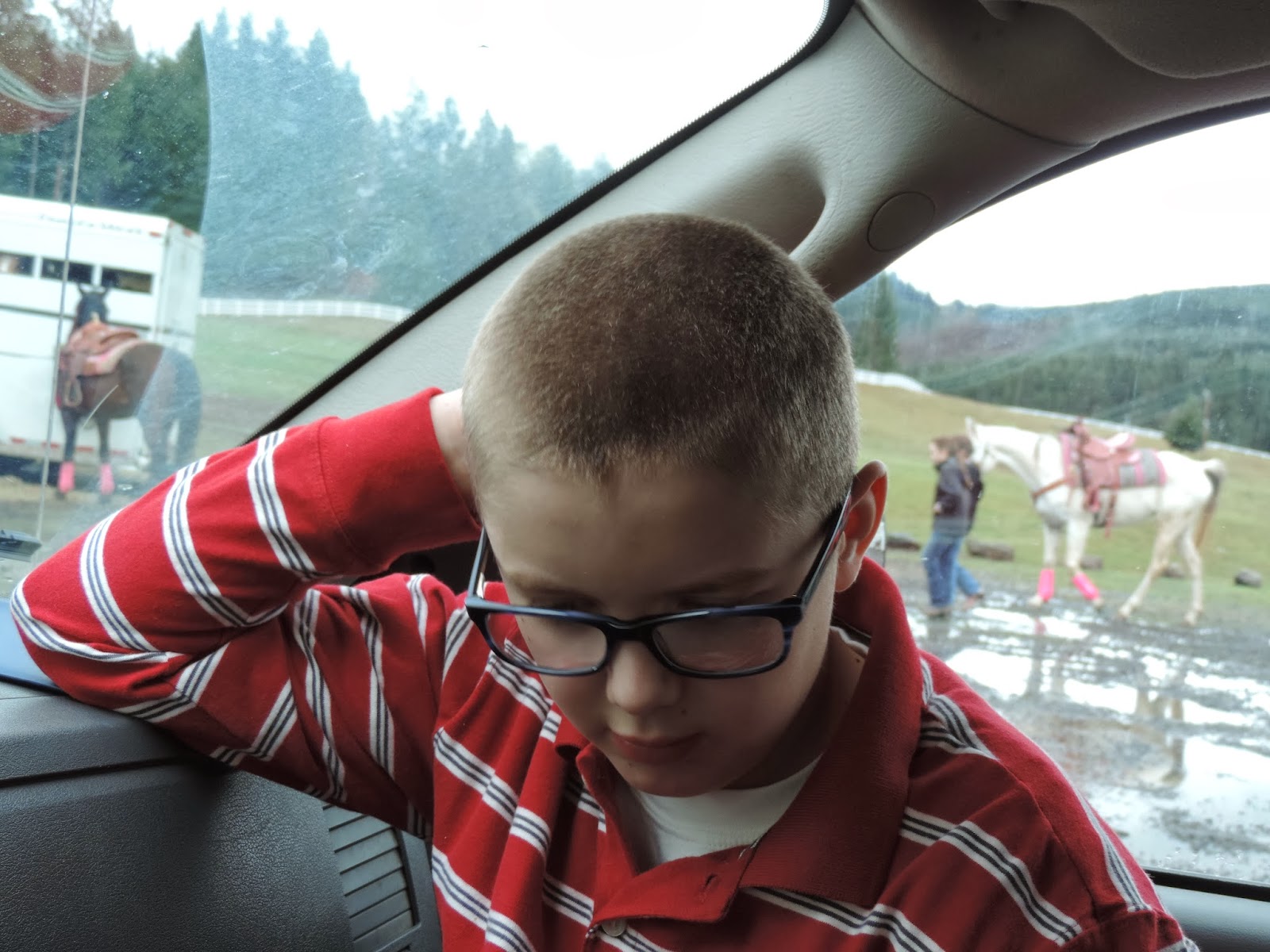 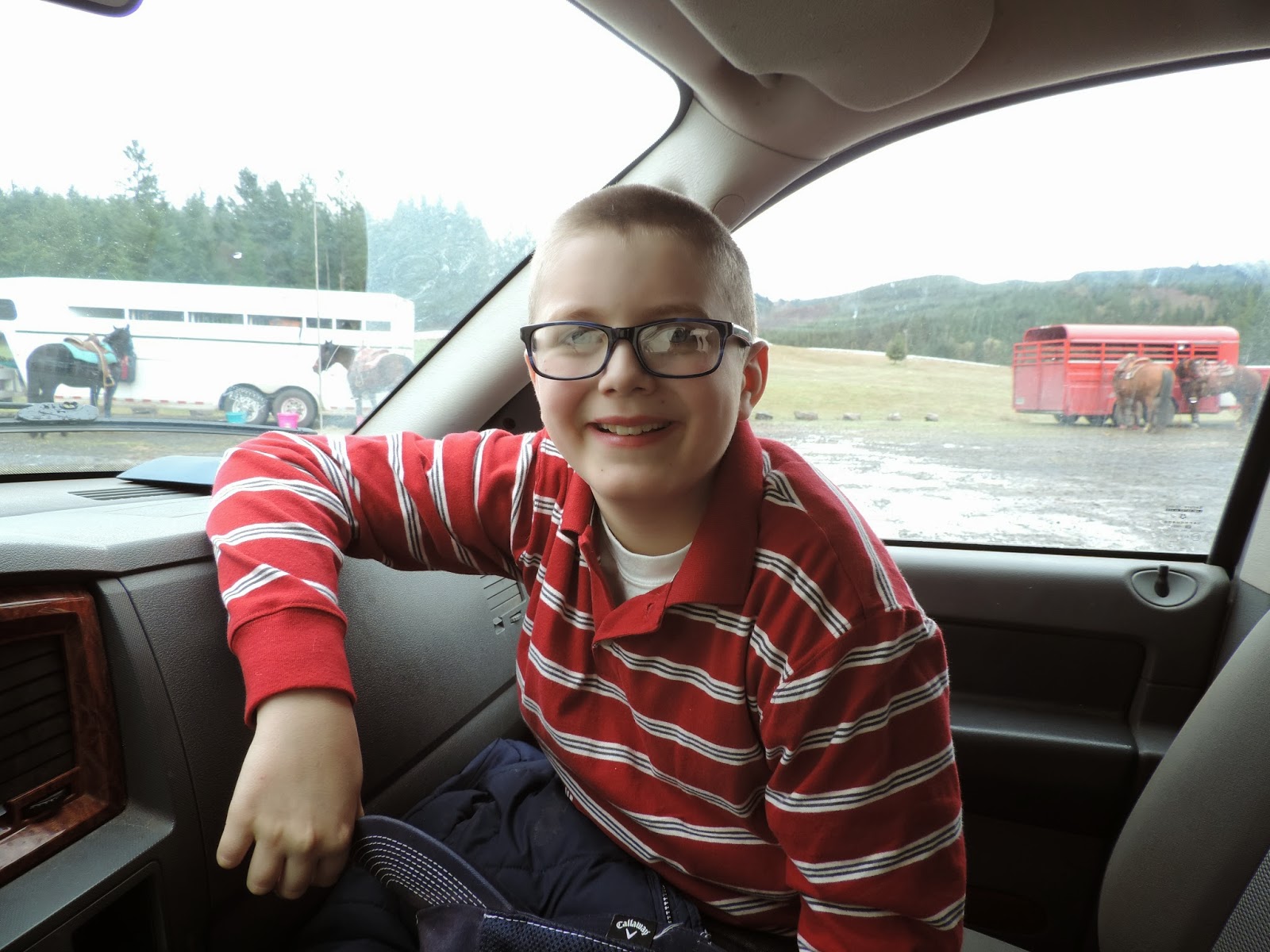 Still a cute little bugger, though, isn't he? Love this boy!