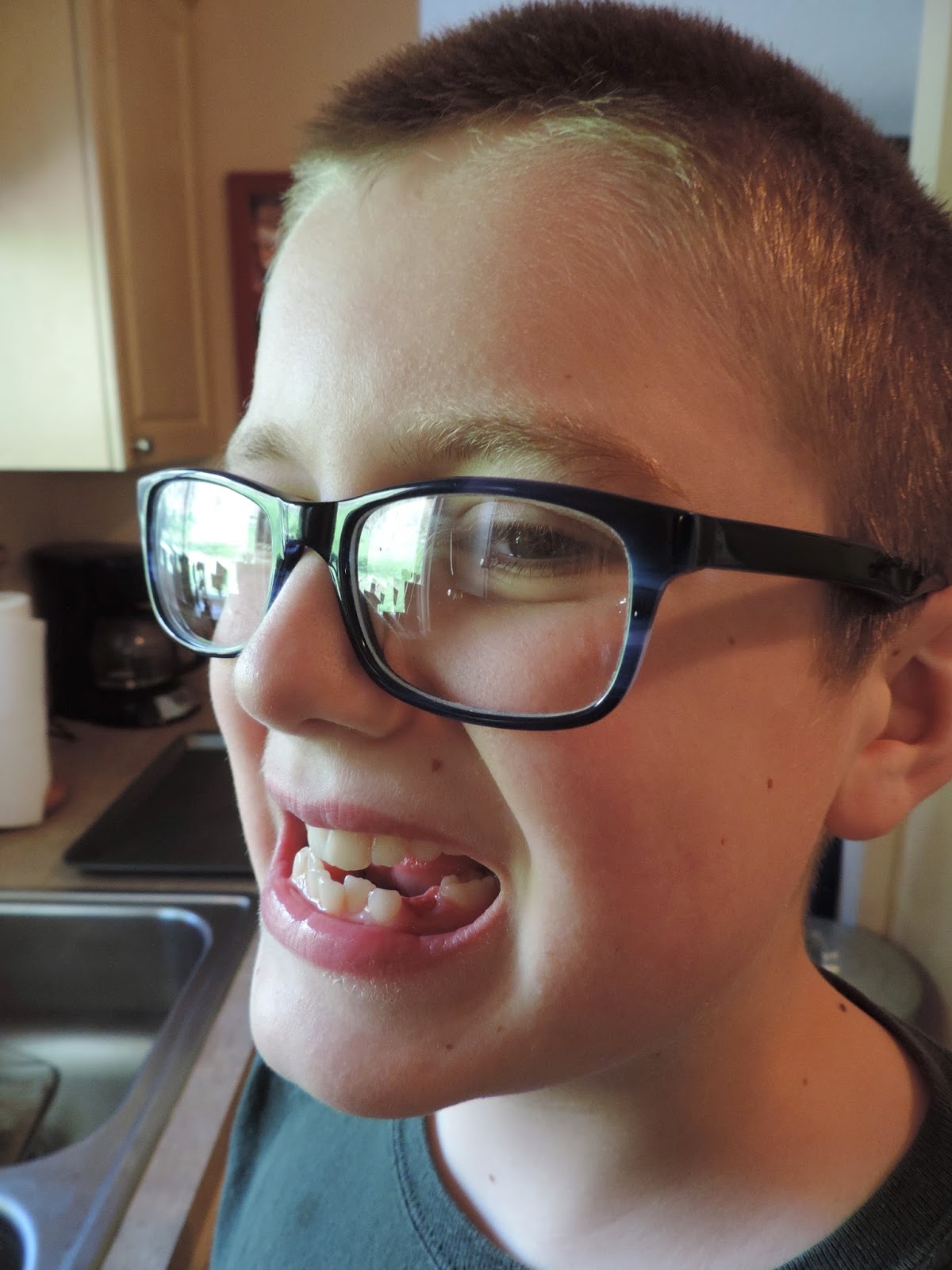 Yay! We made it! Back in September, when all of our crazy scheduling started, I said, "If we can just make it to Spring Break, we'll be okay." And here it is! SPRING BREAK! Britt's school celebrated the shift into spring by having Spirit Week - every day held a new adventure. Monday was School Colors, and so of course Britt wore his Buena Vista tee shirt. He also pulled a tooth that has been bugging him for a few weeks, now. He isn't one who likes to lose teeth. In fact, he had a goal not to lose a single tooth last year, and he met his goal! However, his teeth are jammed and need some room, so now he is working hard to get those baby teeth out. 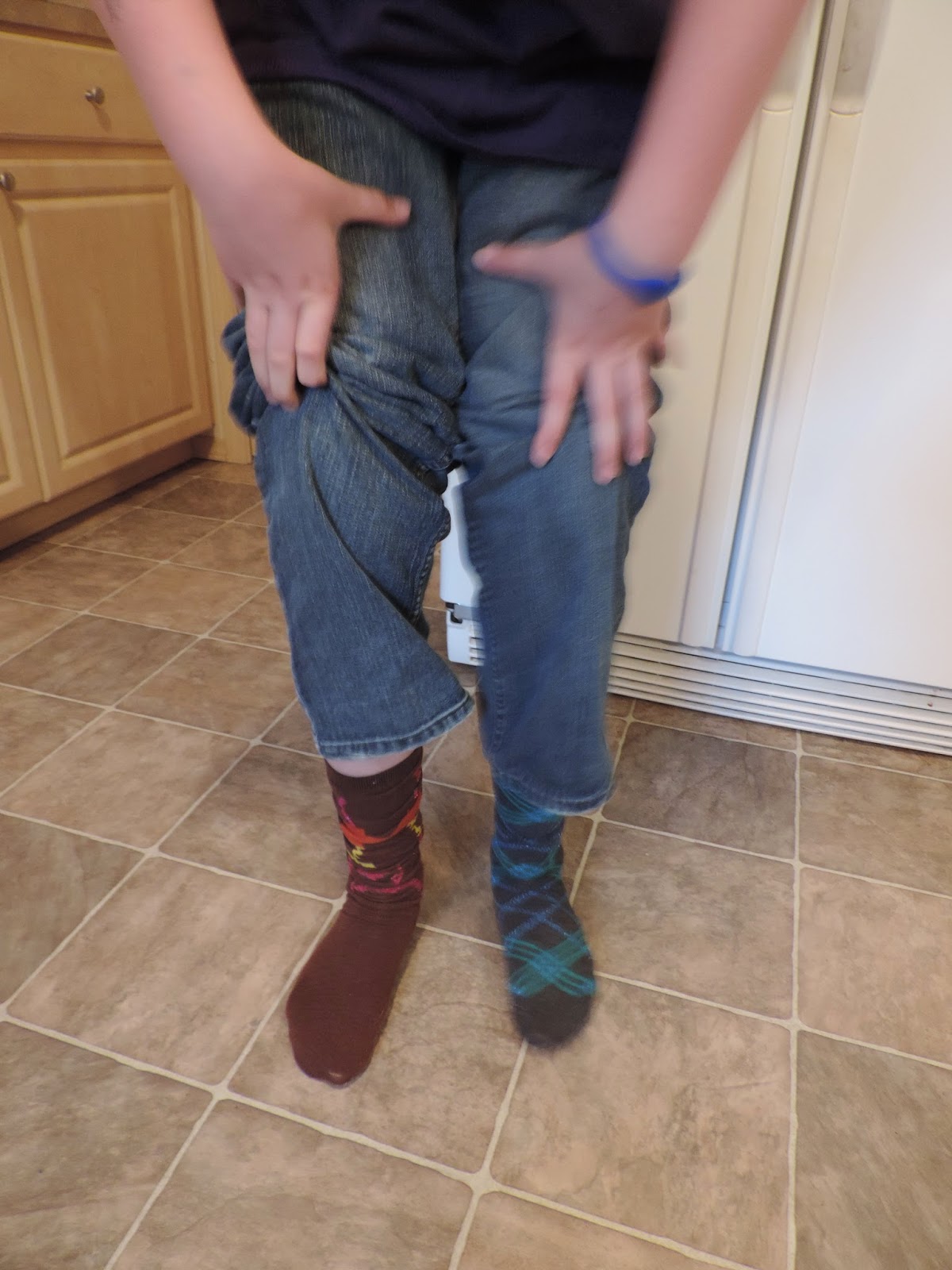 Tuesday was Crazy Hair and Crazy Socks Day. There wasn't much we could do with his "lovely" haircut (see Disaster Strikes if you haven't heard about that experience), so we painted it purple! He looked SO CUTE! And it was a great hit at school, except for people wanting to touch it. 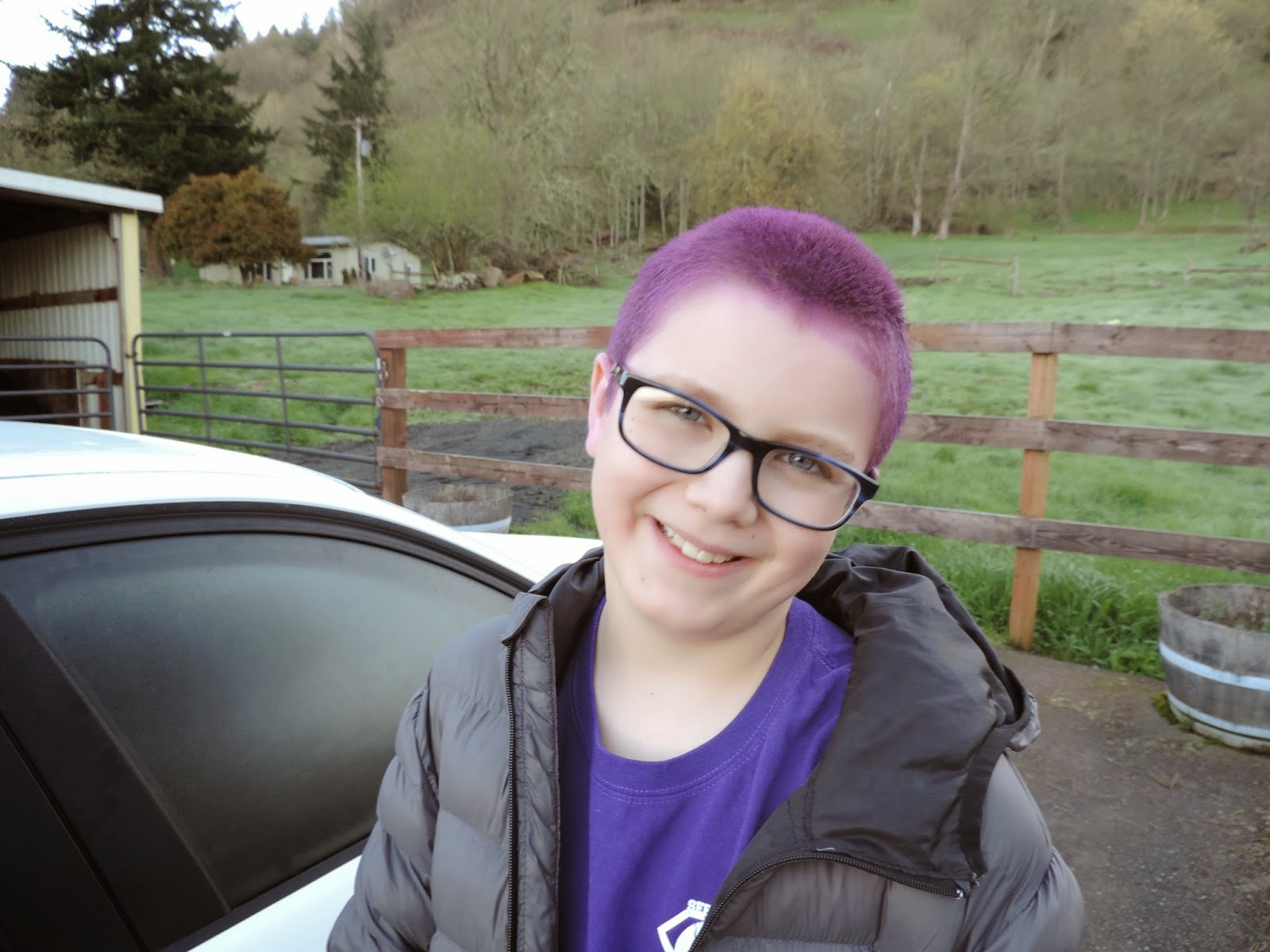 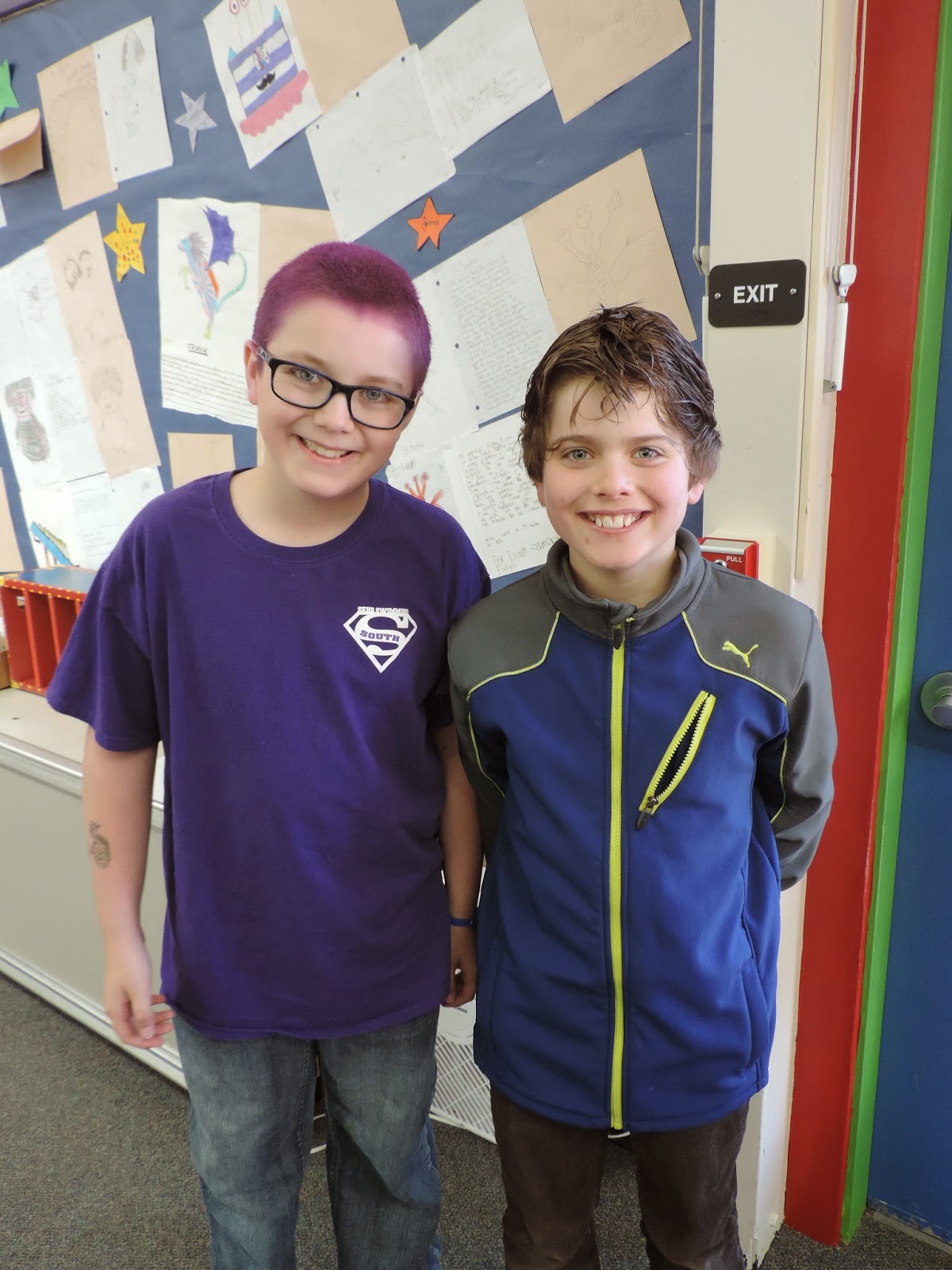 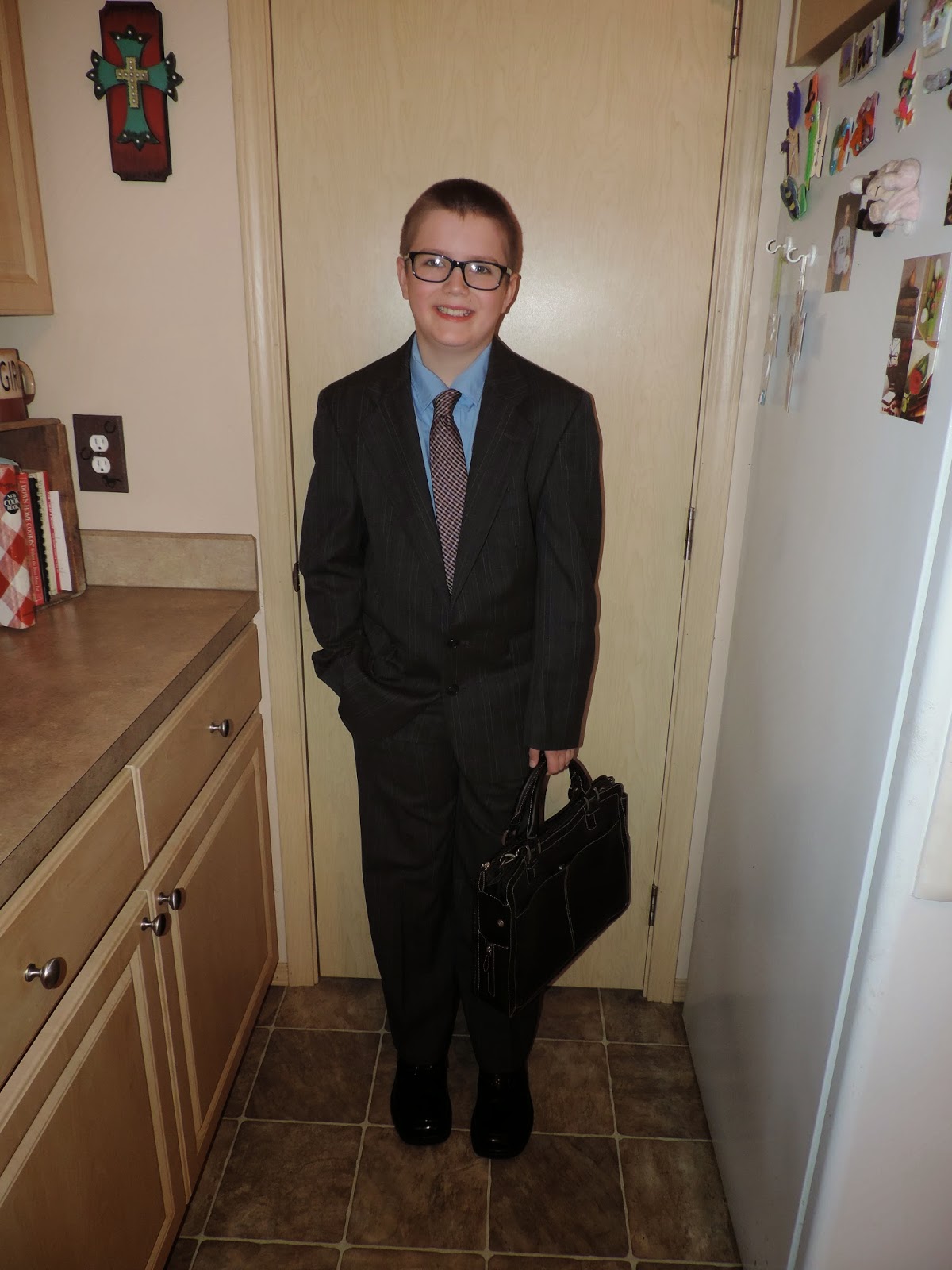 Wednesday was my favorite day of Spirit Week - Future Self Day! Britt dressed like an attorney, which is what he wants to be when he grows up. He looked so handsome and his suit was perfect! He had the best "costume" in his class, he felt, which was nice for him. (To tell you the truth, I agree with him. Had the full package of a costume, and he looked amazing!) 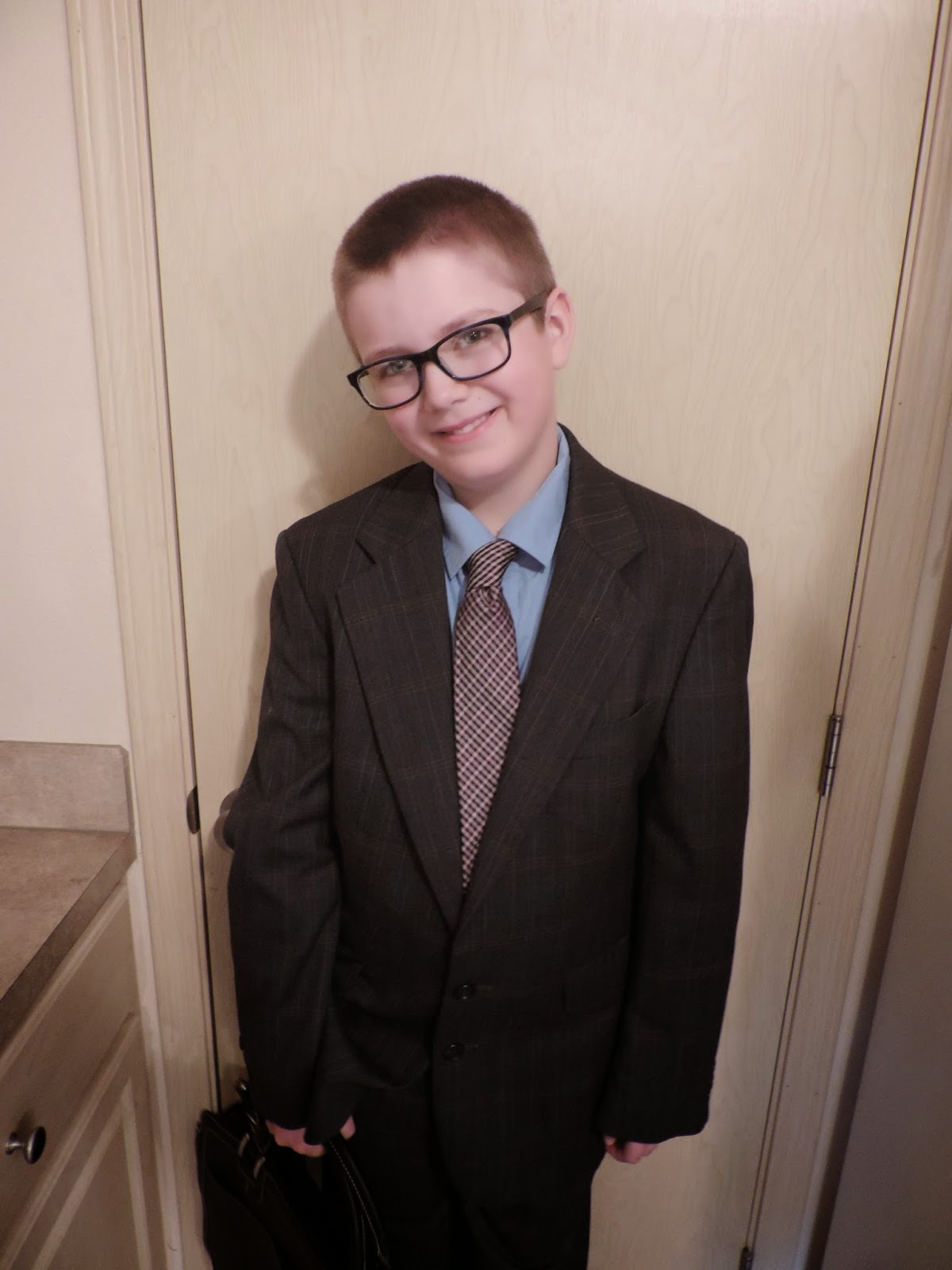 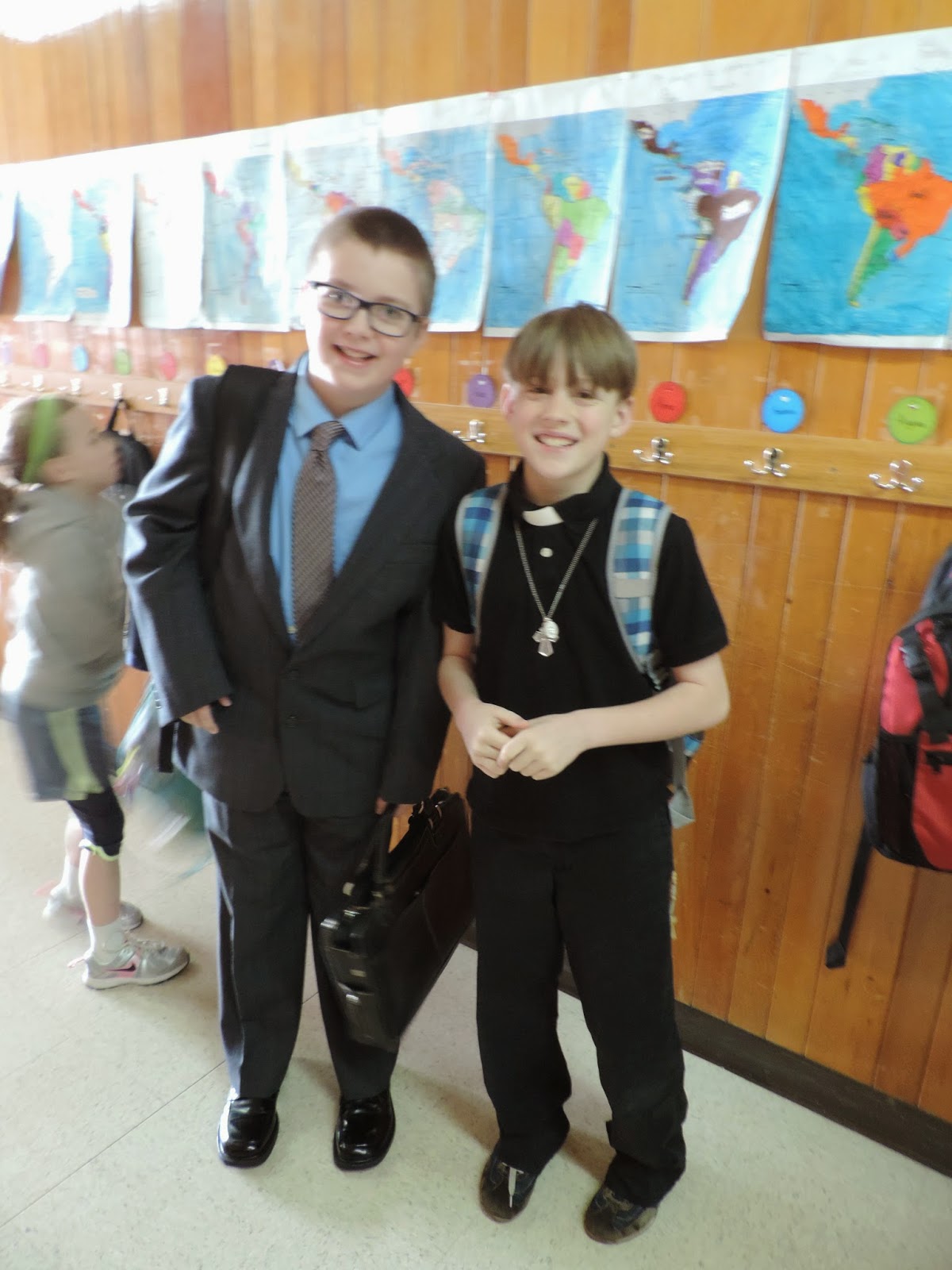 This is Britt with his friend Daniel, who wants to be a priest when he grows up. They are in different classrooms this year, so after I captured them for this picture, Daniel said, "See you later, Sir." And Britt said, "See you later, Father." It was precious! Britt said he called him "Father Daniel" all day long. We are looking forward to celebrating the day Daniel is ordained. We can look back at this picture and smile! 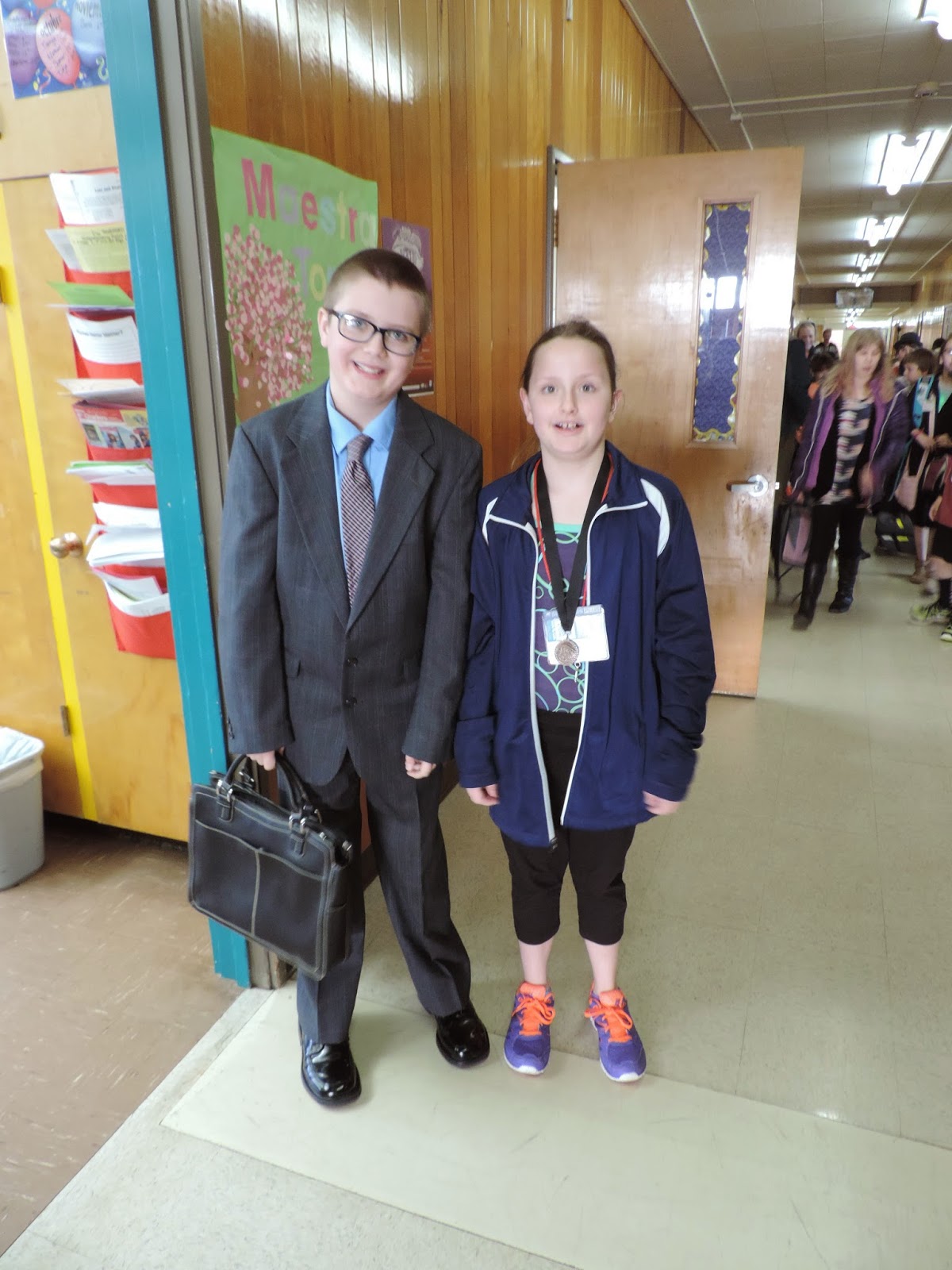 Britt and Alahna - she is a future Olympic swimmer. These two are great buddies on the Swim Team. 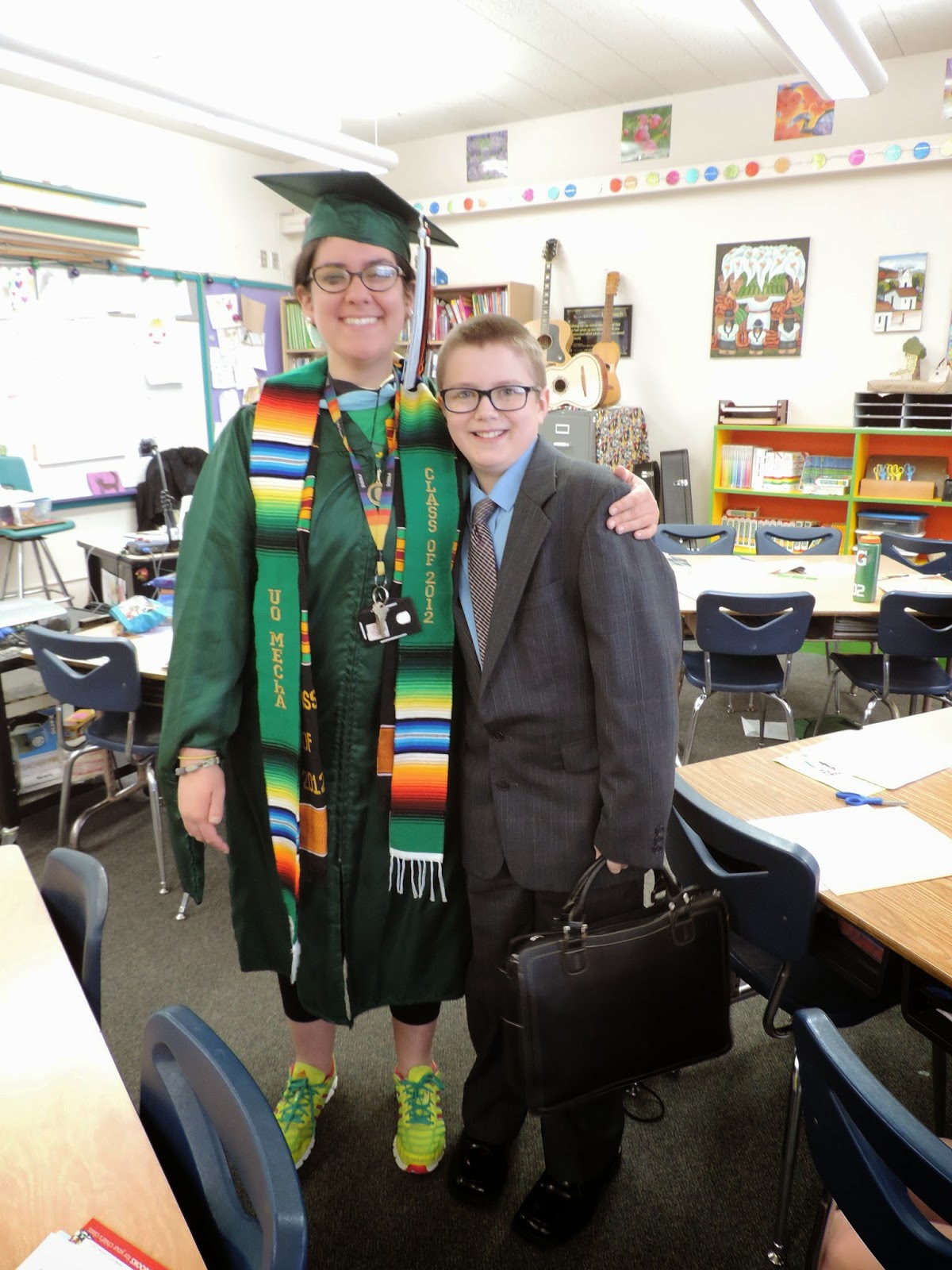 Britt and his teacher, a future Grad Student and a future attorney. Too cool! 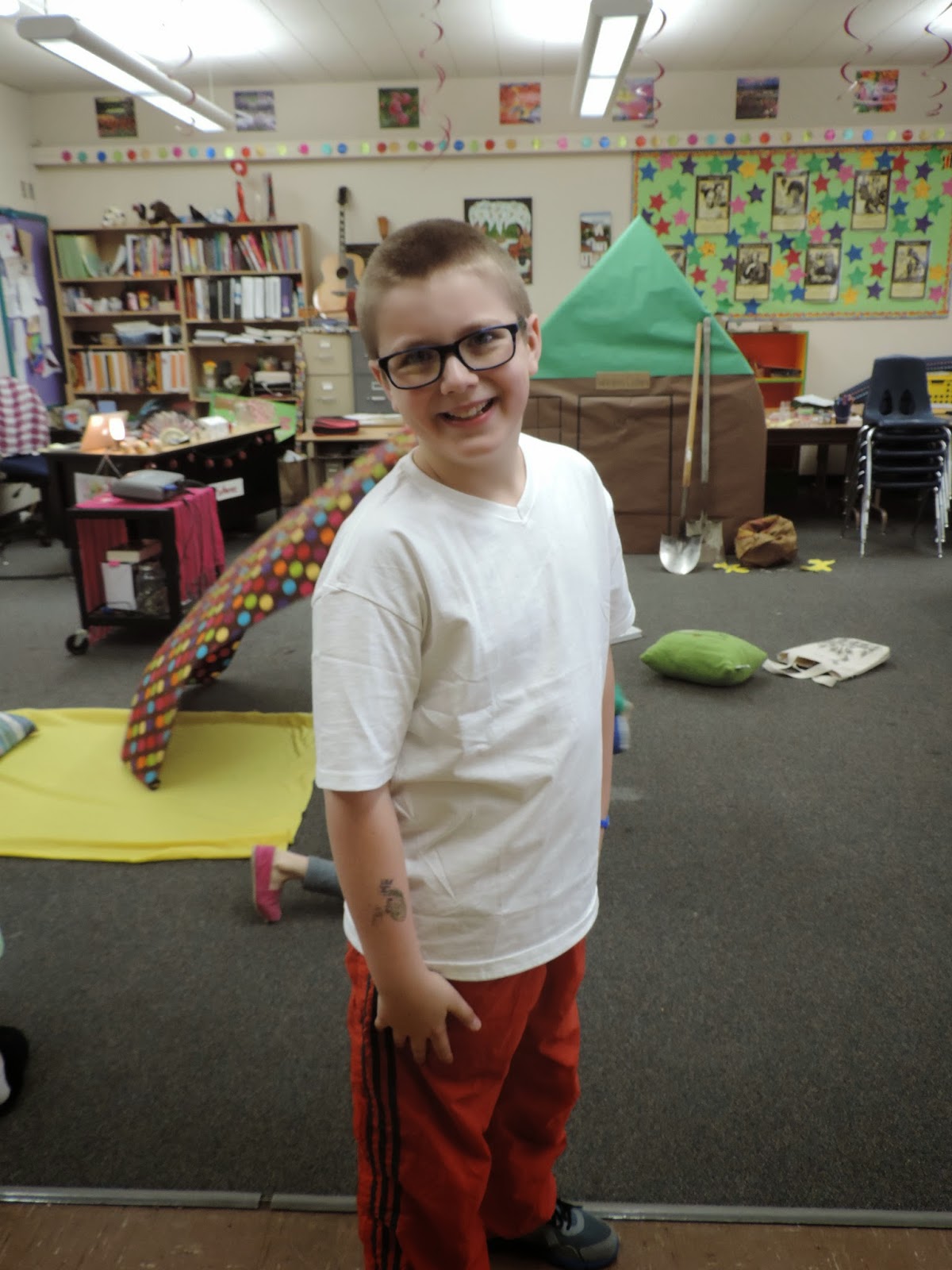 On Thursday, the last day of Spirit Week, they could either wear their pajamas, or in Britt's class, dress like a character from the book Holes, which they have been reading for months. Britt chose to dress like Squid, a boy in the book. His teacher surprised the entire class by transforming their classroom into Camp Green Lake, the location in the book. They watched the movie, Holes, and had a wonderful celebration! It was a great week, to say the least, and a great and memorable way to spring into spring!
at March 21, 2014