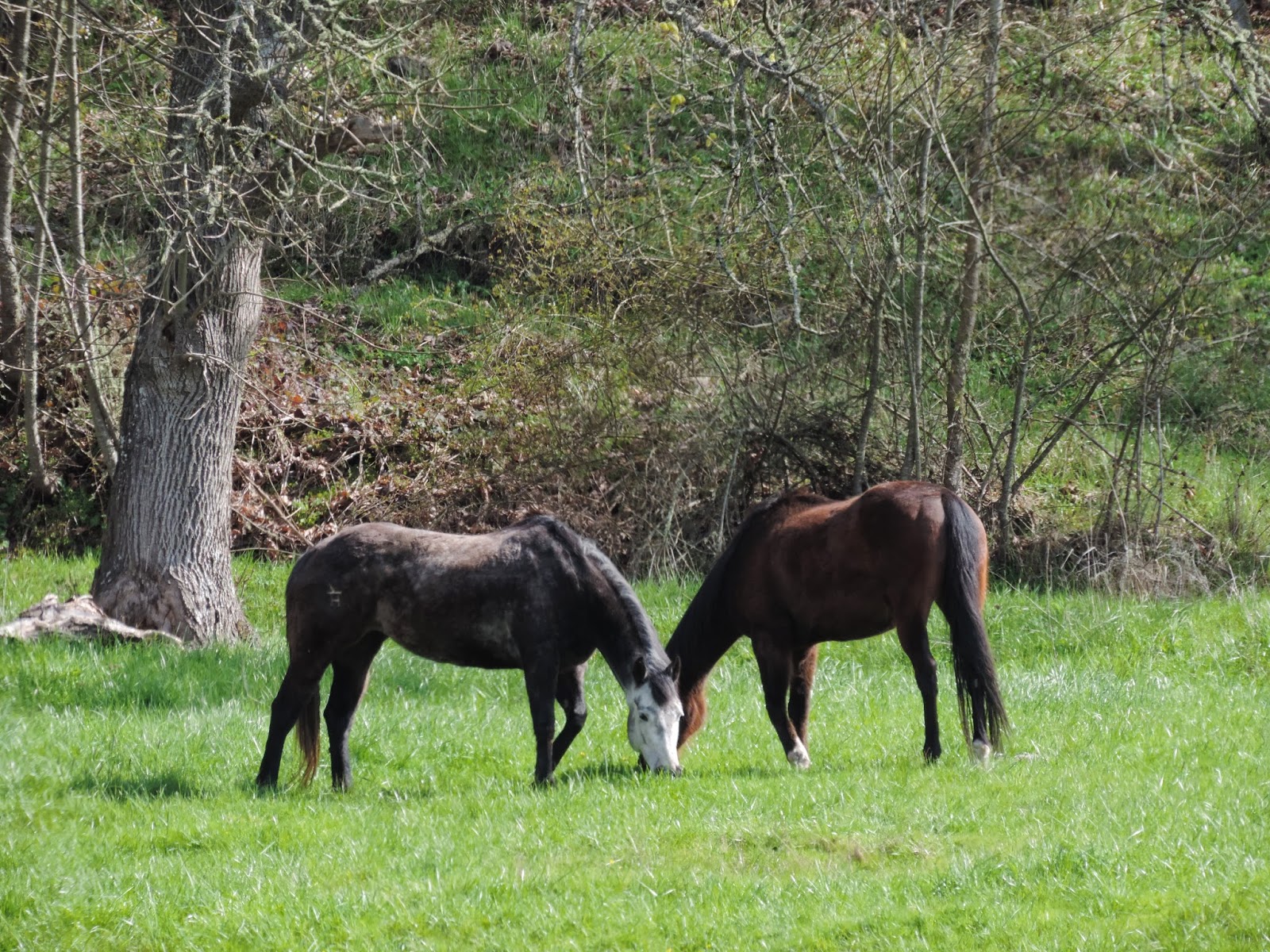 It was unseasonably warm at the beginning of Spring Break this year. So warm, in fact, the two besties pictured above, "For" and "Sale" (also known as Sadie and Boomer), got to tromp around in the luscious green grass for a couple of hours. They were in heaven! We are not the smartest equine owners on the planet. We've been, literally, too busy to get them sold. So instead? We've poured hundreds of dollars of feed into them all winter long. What can we say? We are attached to them, it is true. But we don't exactly need them. And then there is the weird economy where horses you want to buy cost a fortune, but if you want to sell them, you practically have to give them away. However, these two are worthy of their oats, and the perfect home will come along for them when it is meant to. In any case, they were happy horses to experience some freedom. 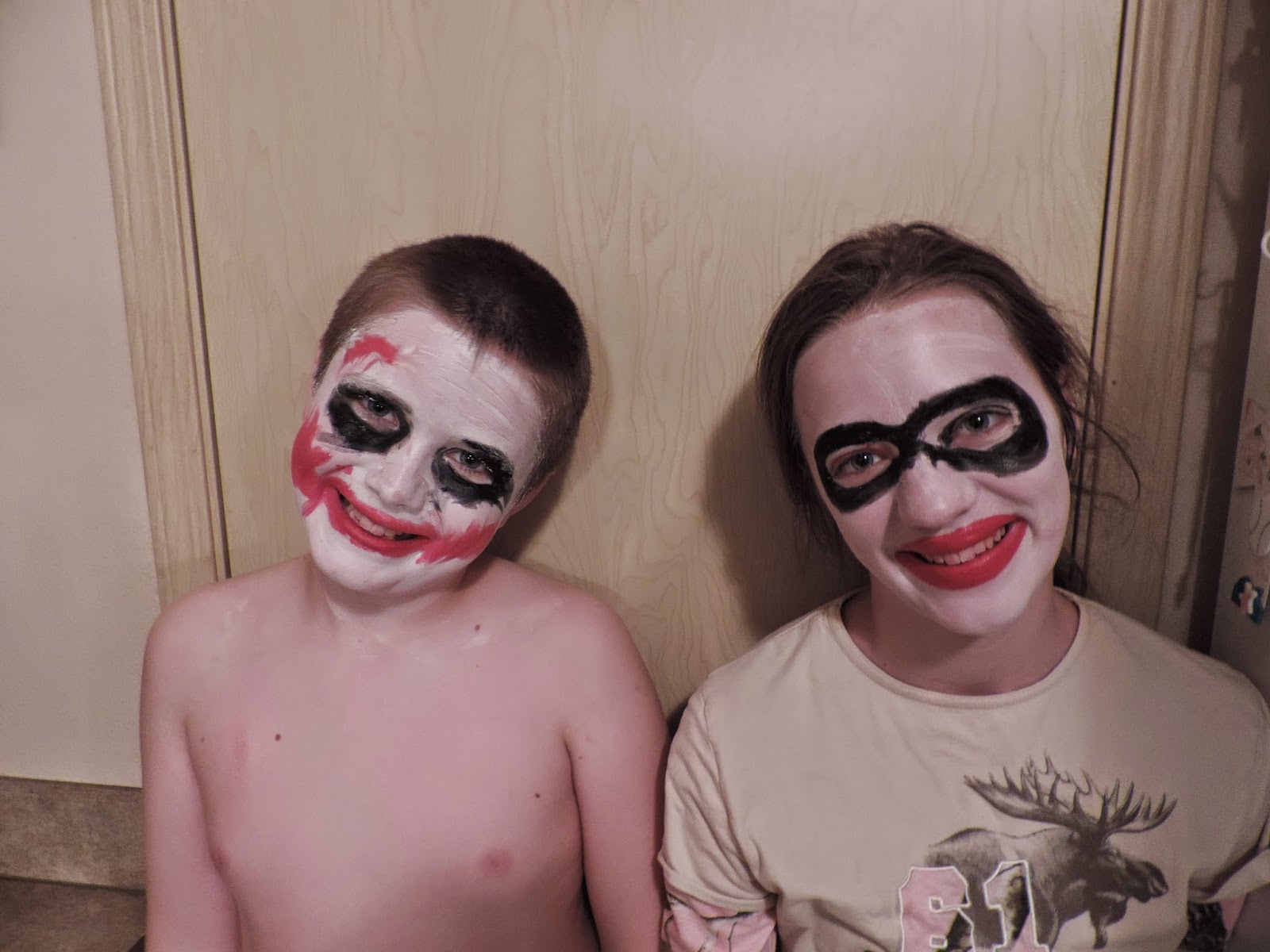 Spring Break 2014 was filled great weather and happy times! To start off the fun, one night the two little B's disappeared for a while, then, The Jokers emerged! Brailey was practicing her makeup skills. 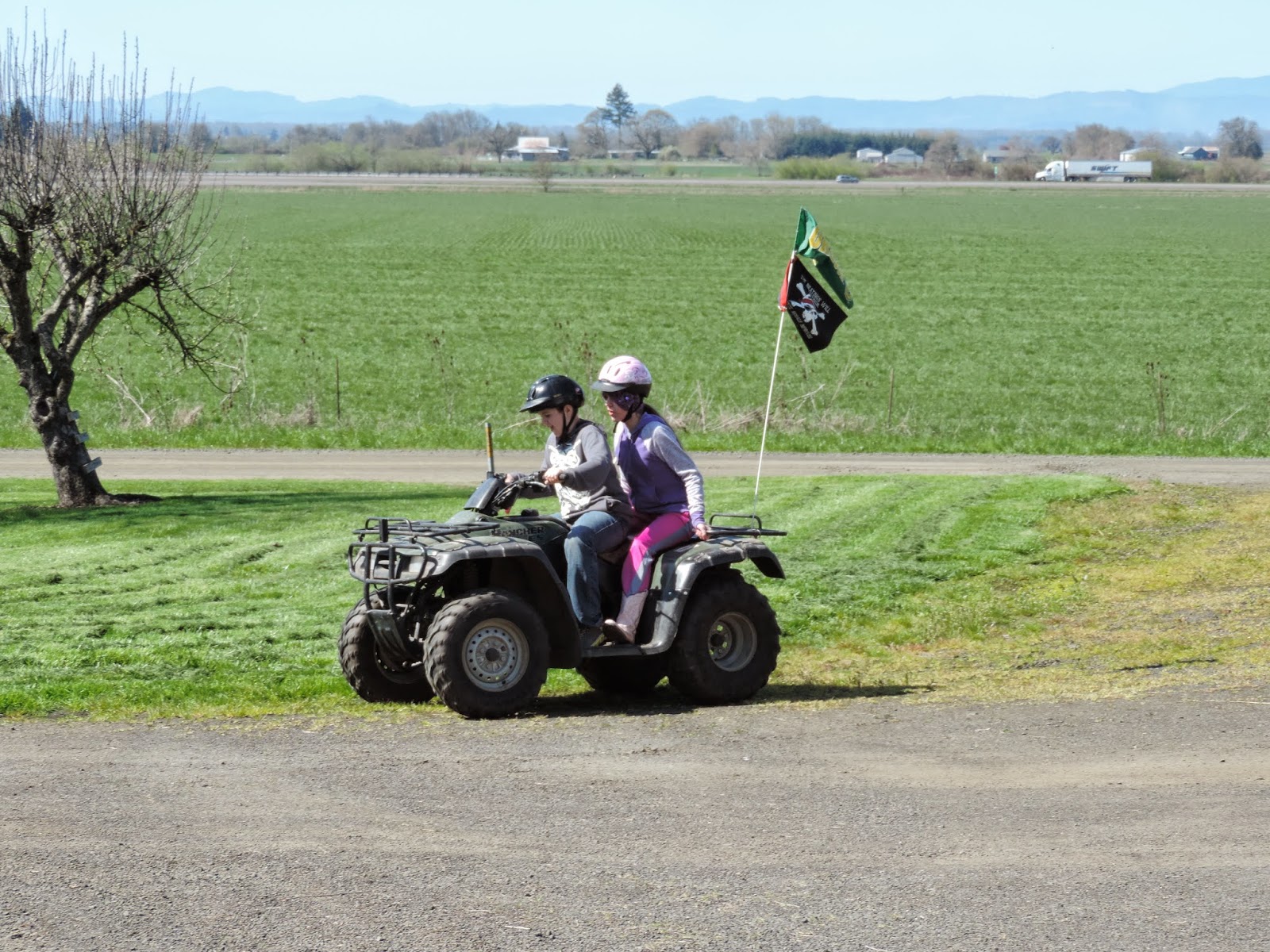 We even enjoyed some four-wheeler time. It was truly gorgeous weather! 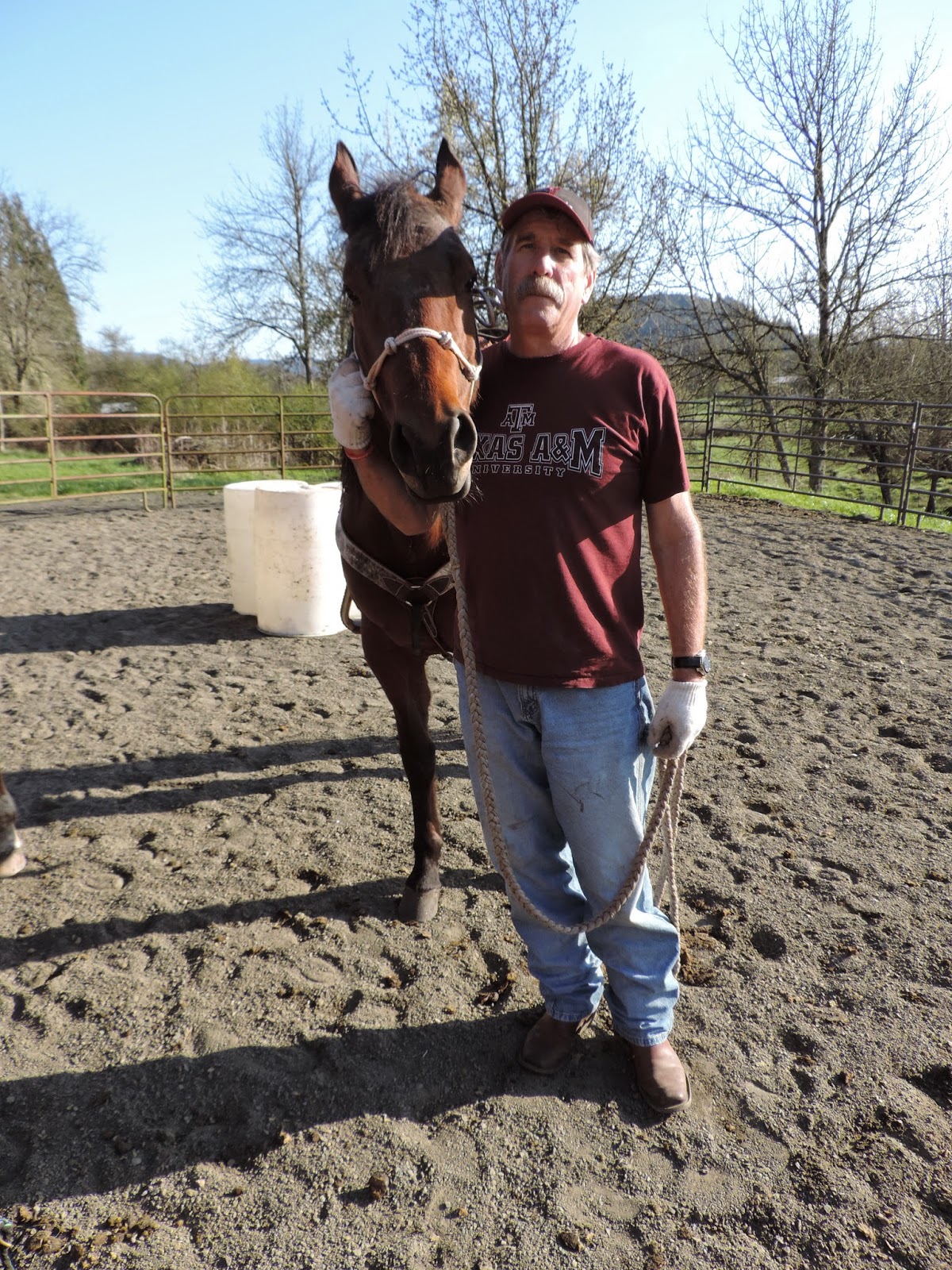 Brady and his precious Mag-Doll, and Brailey Shaye and her baby, Texi-Man. Notice Maggie "photo bombed" them. I think she did it on purpose! 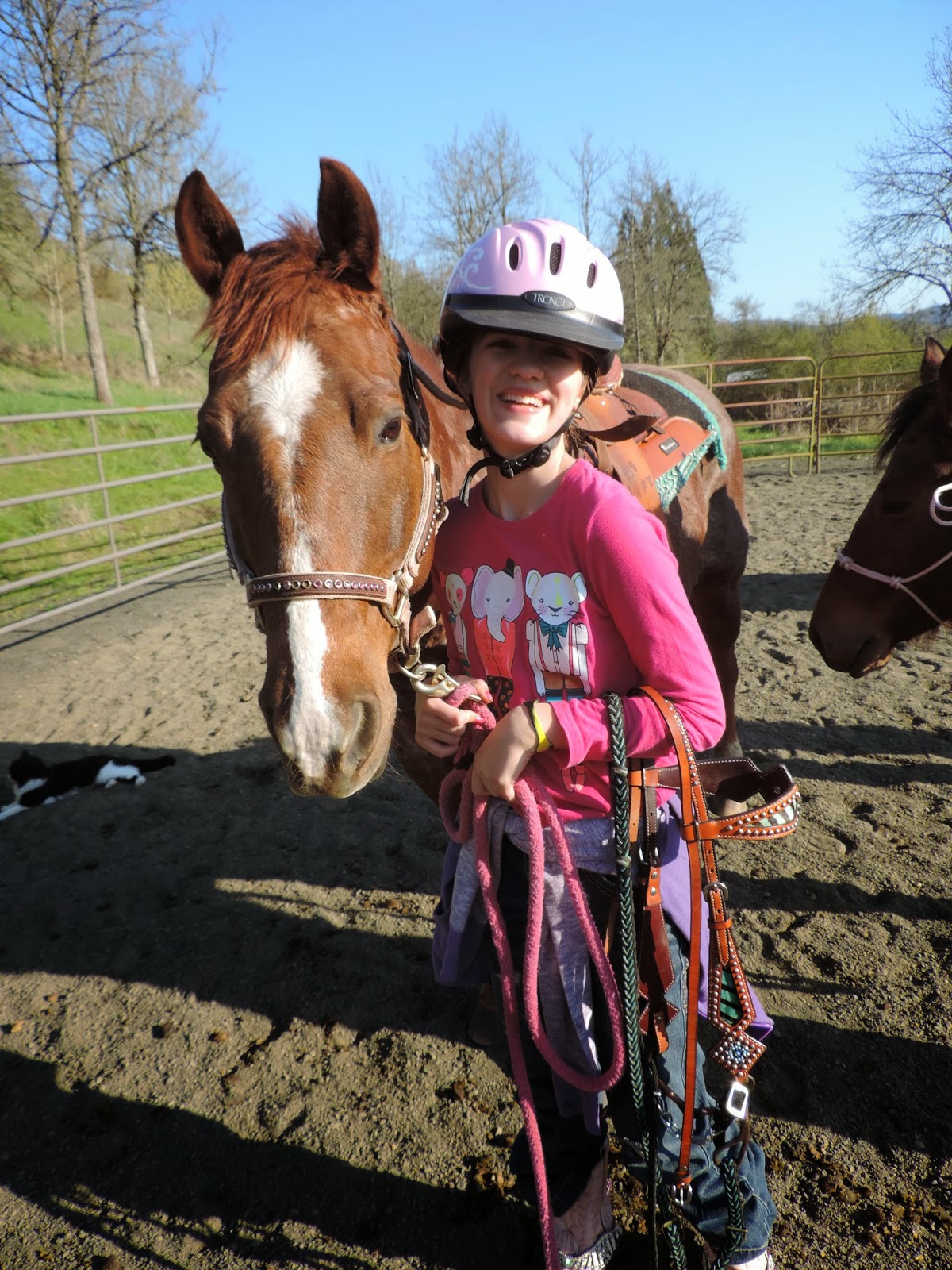 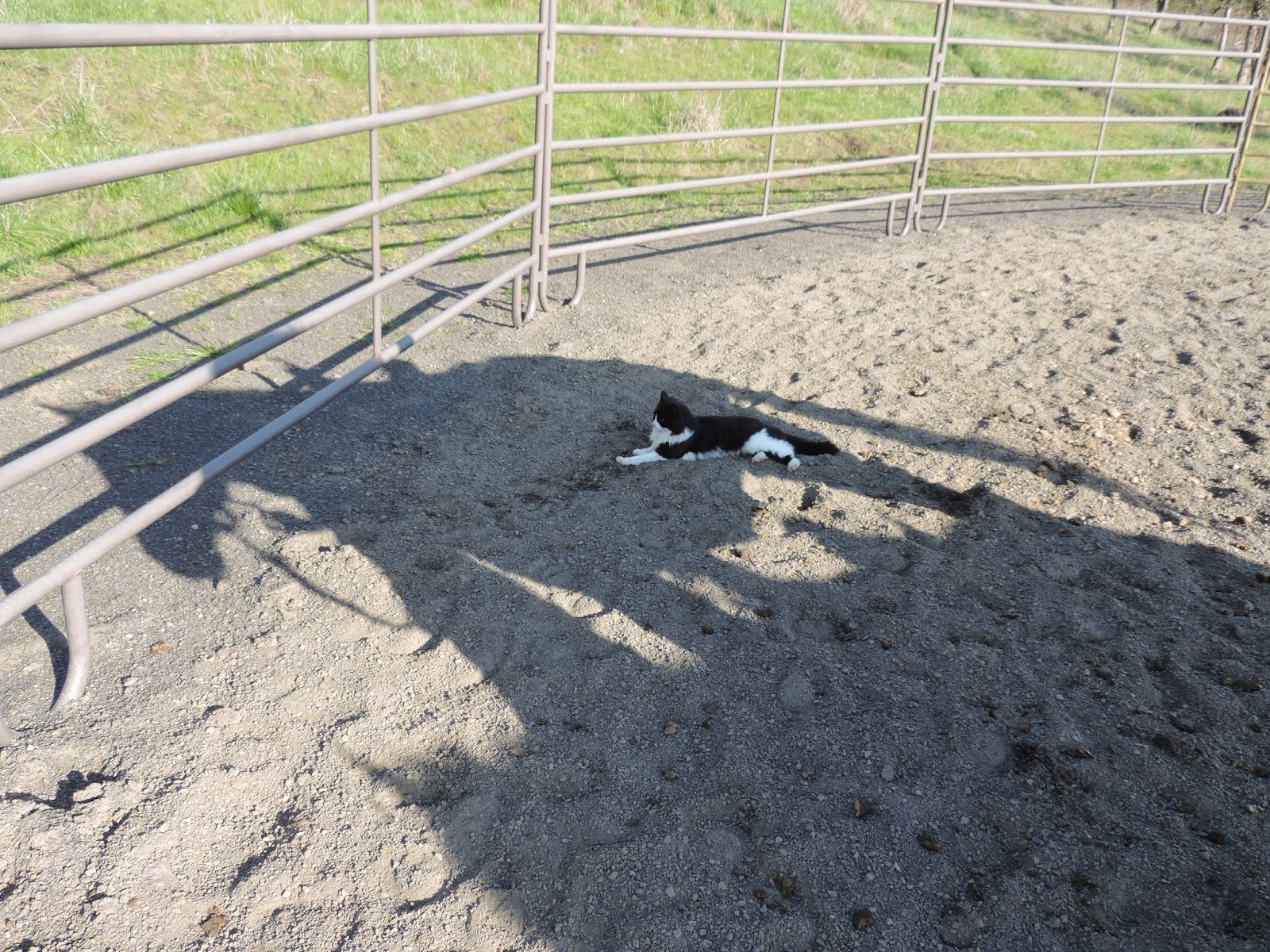 And there is Rose, right in the way. See what shadow she is in? Perfect spot to rest, don't you think? 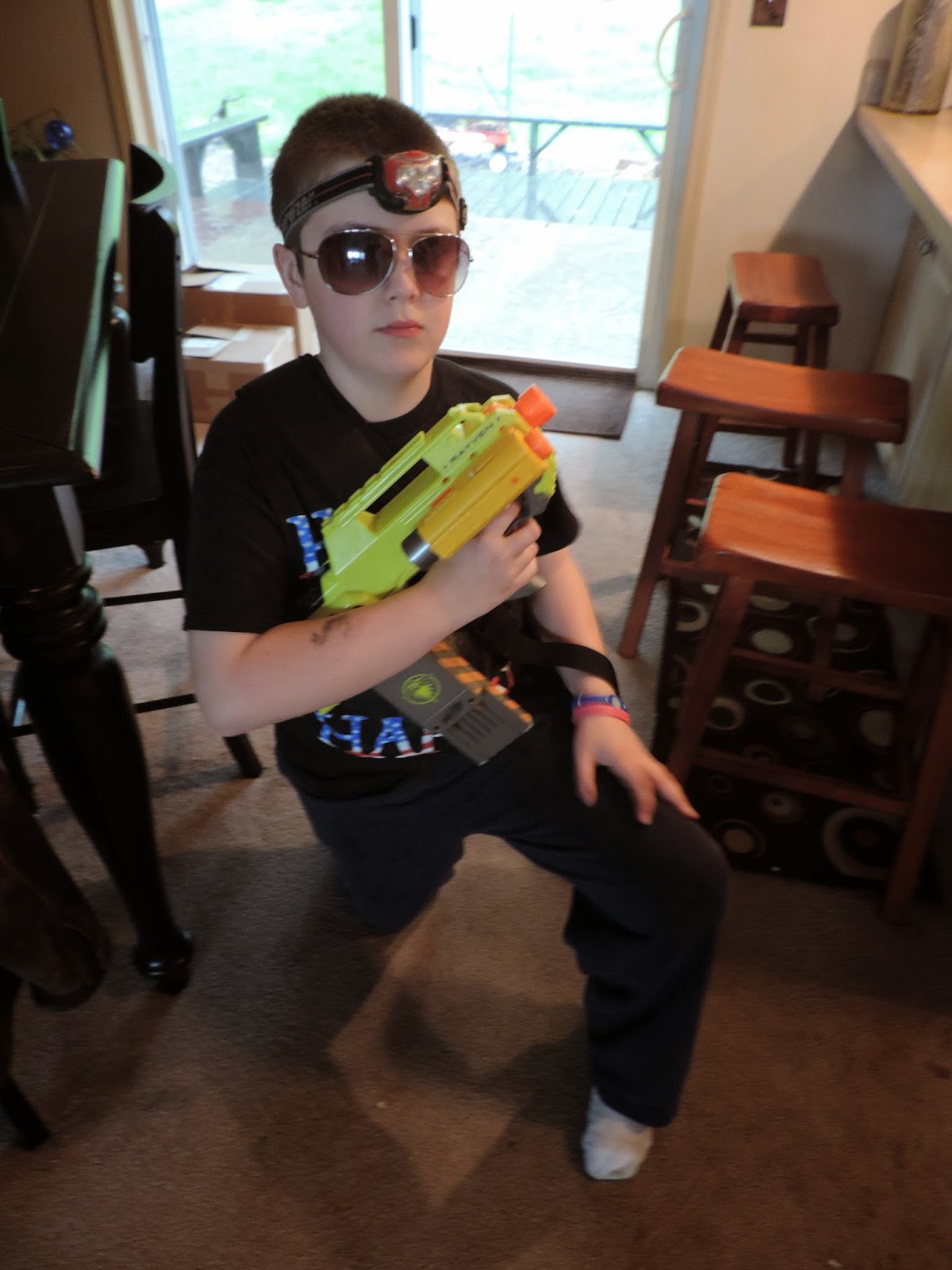 Then the rain started. But never fear! Britt made special invitations for a Nerf Gun War. It was Britt and Brady against Brailey and I. And guess what? Brailey and I won! The first day, that is. The boys won the second day. At least that is what Brady and Britt think. Brailey and I think they CHEATED...! Note the special outfits required for such a battle. Yes, Brailey in HIGH HEELS, and Britt with a HEADLAMP on his head. 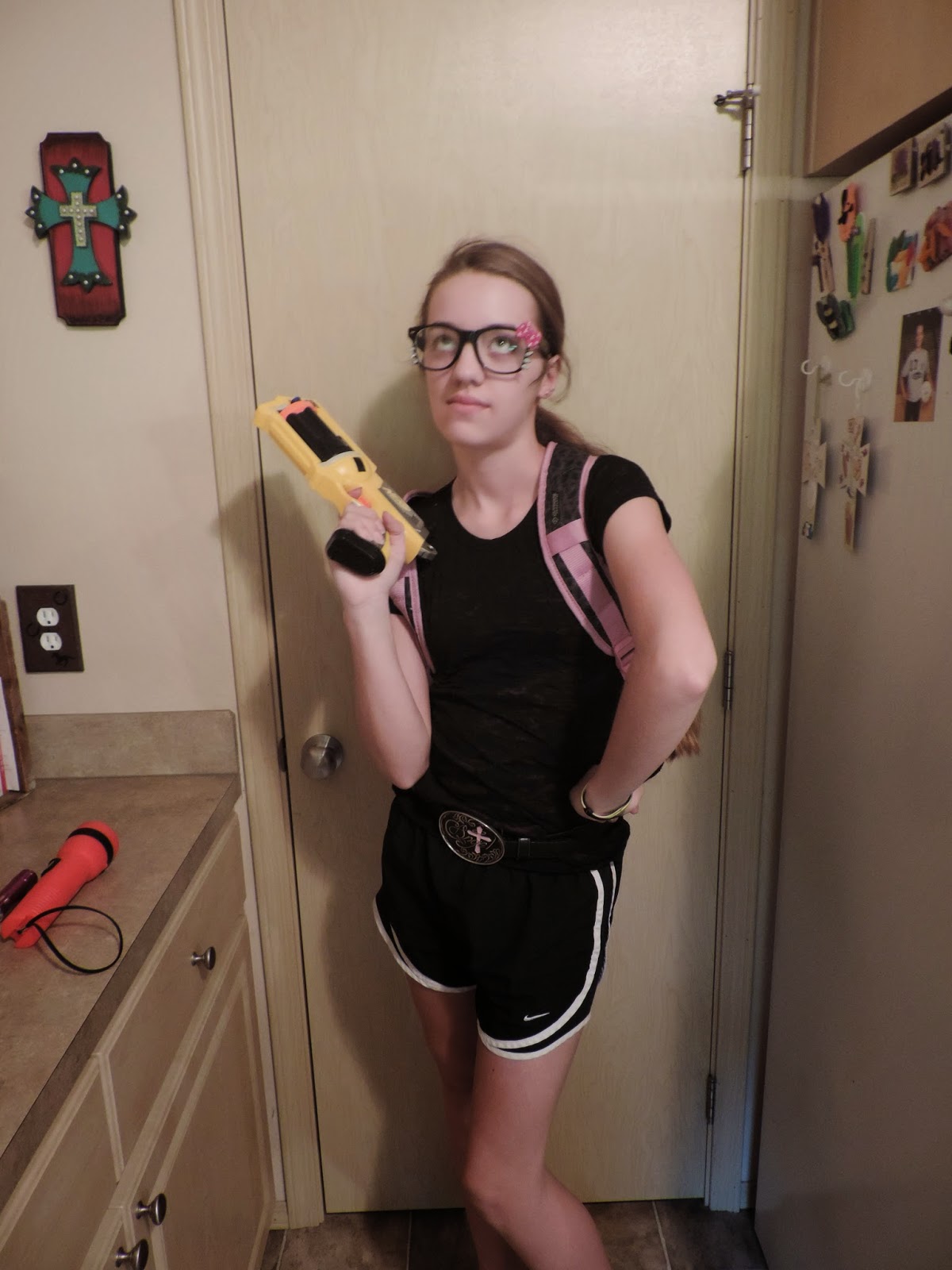 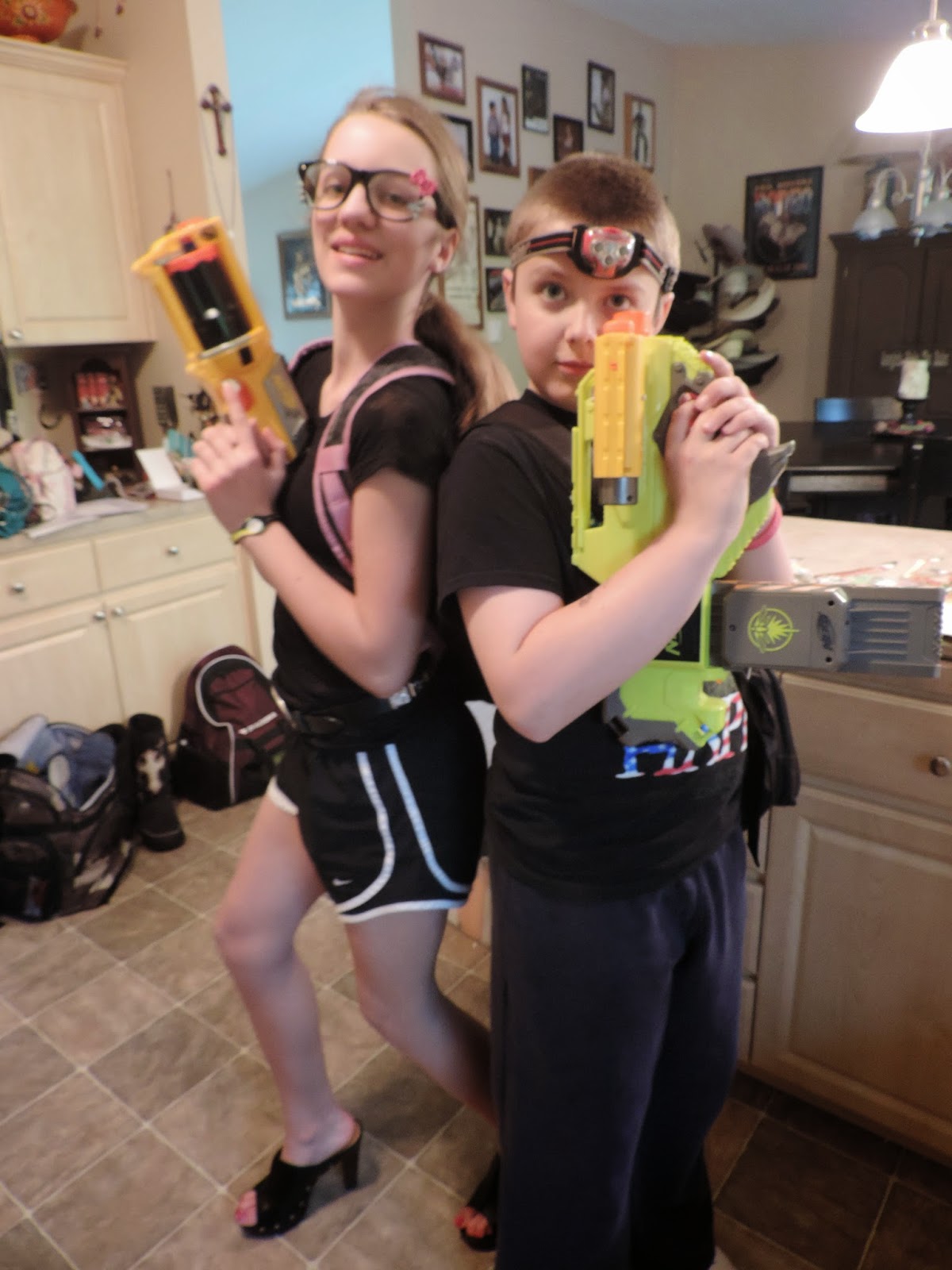 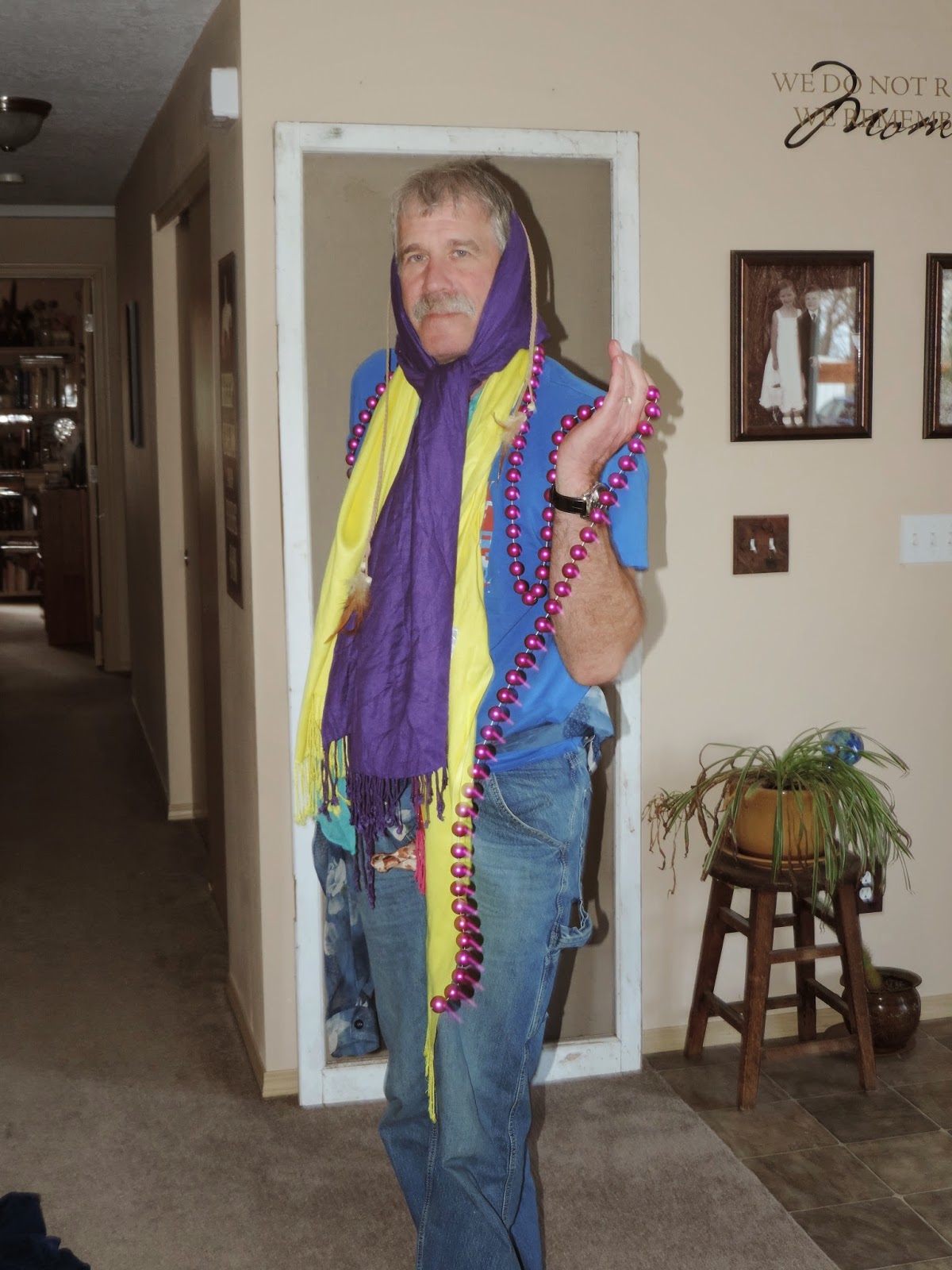 And the Nerf War wasn't the only event we were invited to. At the end of the week, we were invited to a Fashion Competition from Brailey. She made beautiful invitations and even had a crown and trophy for the winner. She gave us the category, and we had to come up with an outfit in 60 seconds. Above is Brady's ensemble for "The Red Carpet." Can you believe he WON?! Yes, Brady was declared the winner of the event. To tell you the truth, he deserved it. He did a nice job! 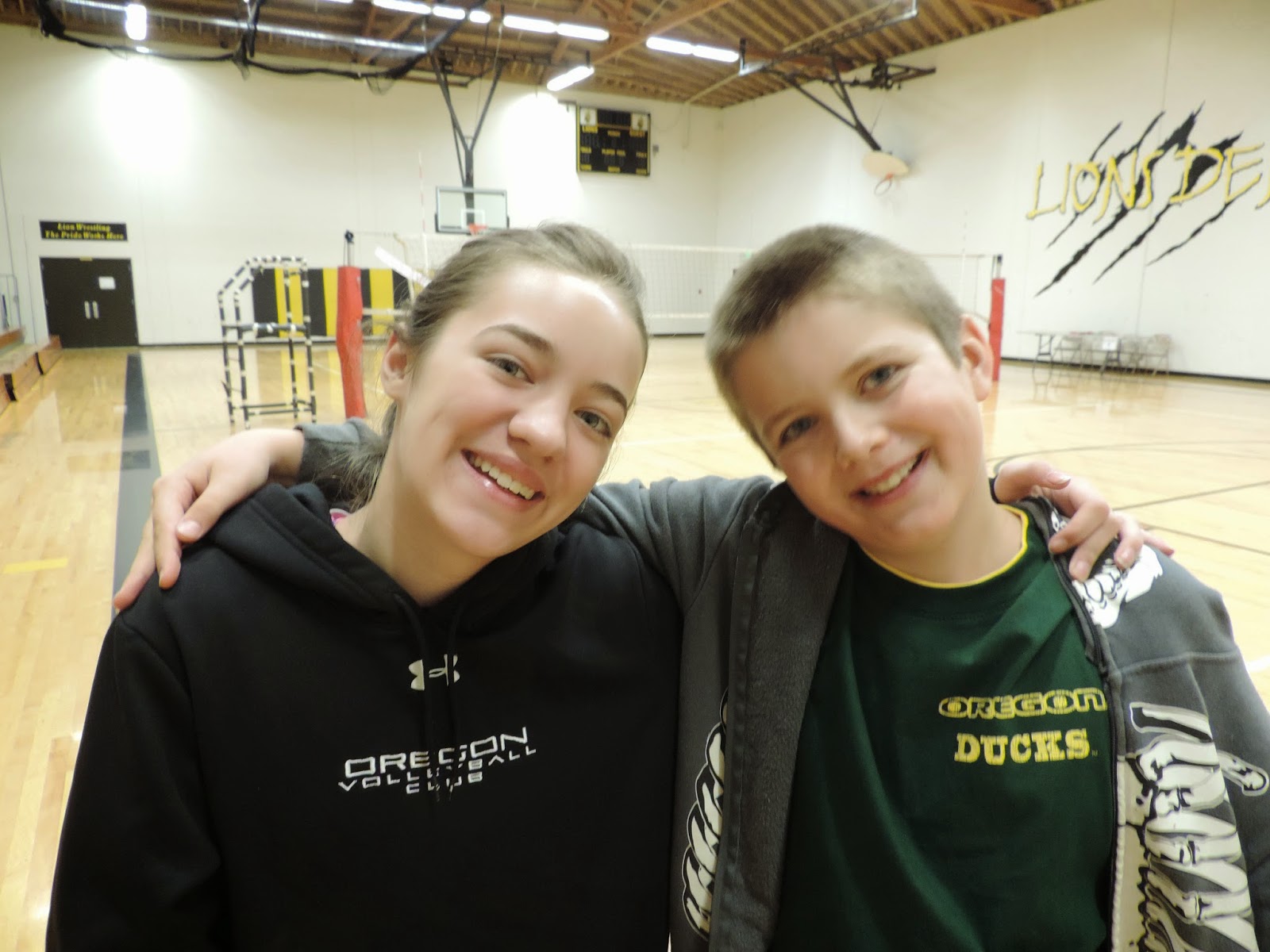 Then, back to school and routine. That means swimming and volleyball practices, but no play practice. And so we headed north to St. Helen's for the weekend and Brailey played in a volleyball tournament. It was a ton of fun! 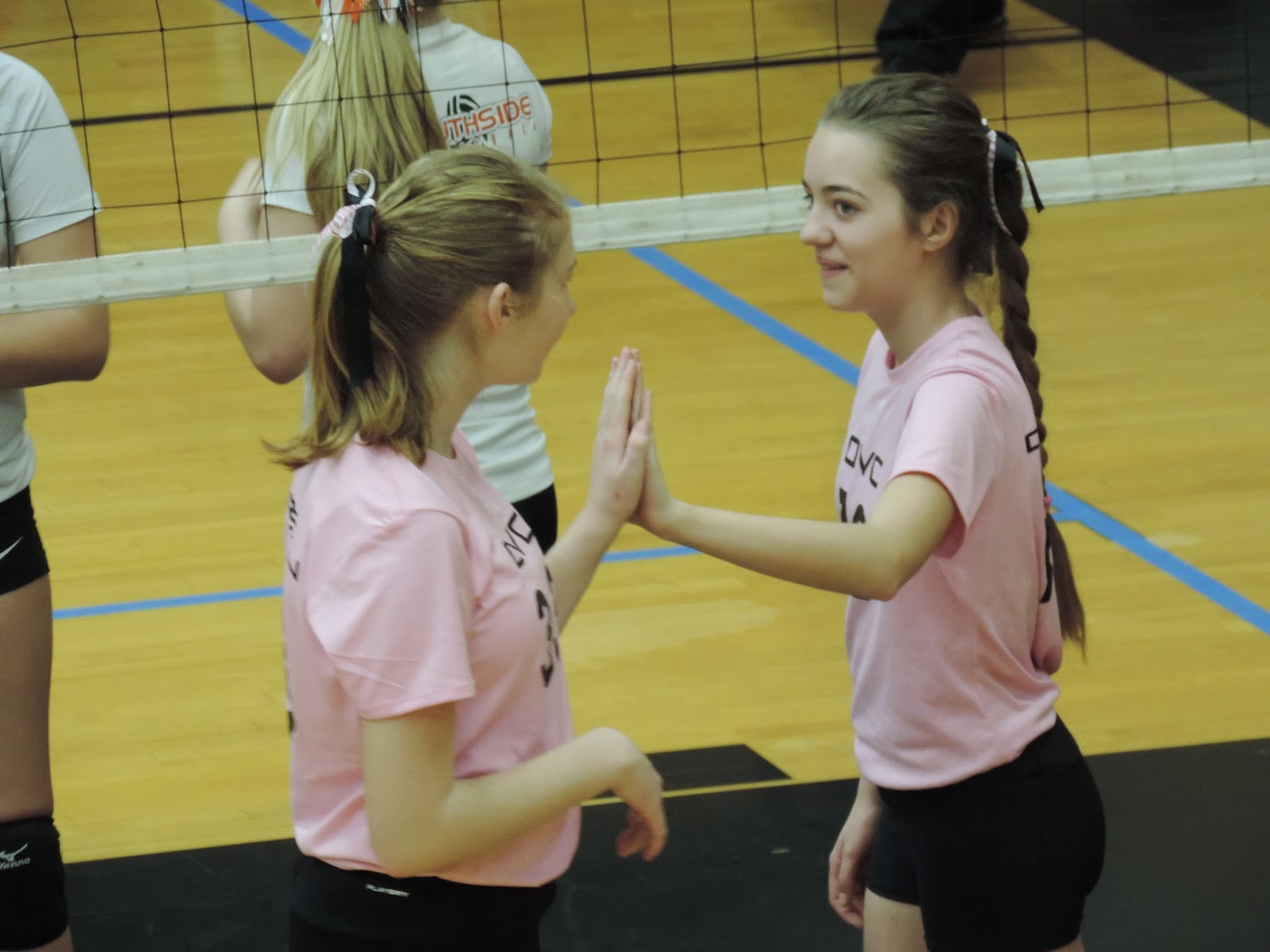 Brailey and Ciaragh - they have become good friends! They are both Catholic and seem to have a nice connection with each other. 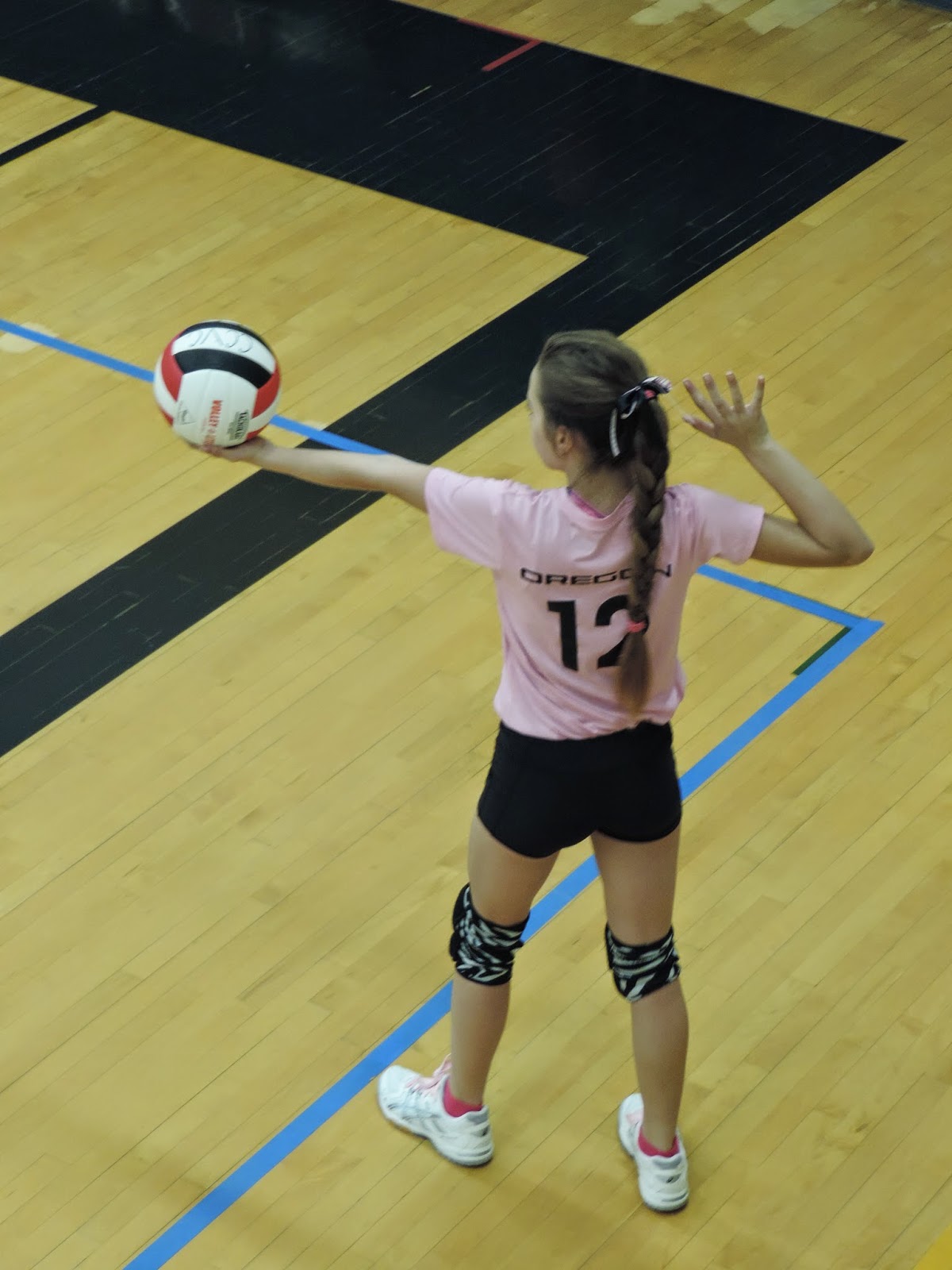 She is overhand serving, now, which has been a goal all season long. She injured herself back in the fall, and has just recently been able to recover her strength. 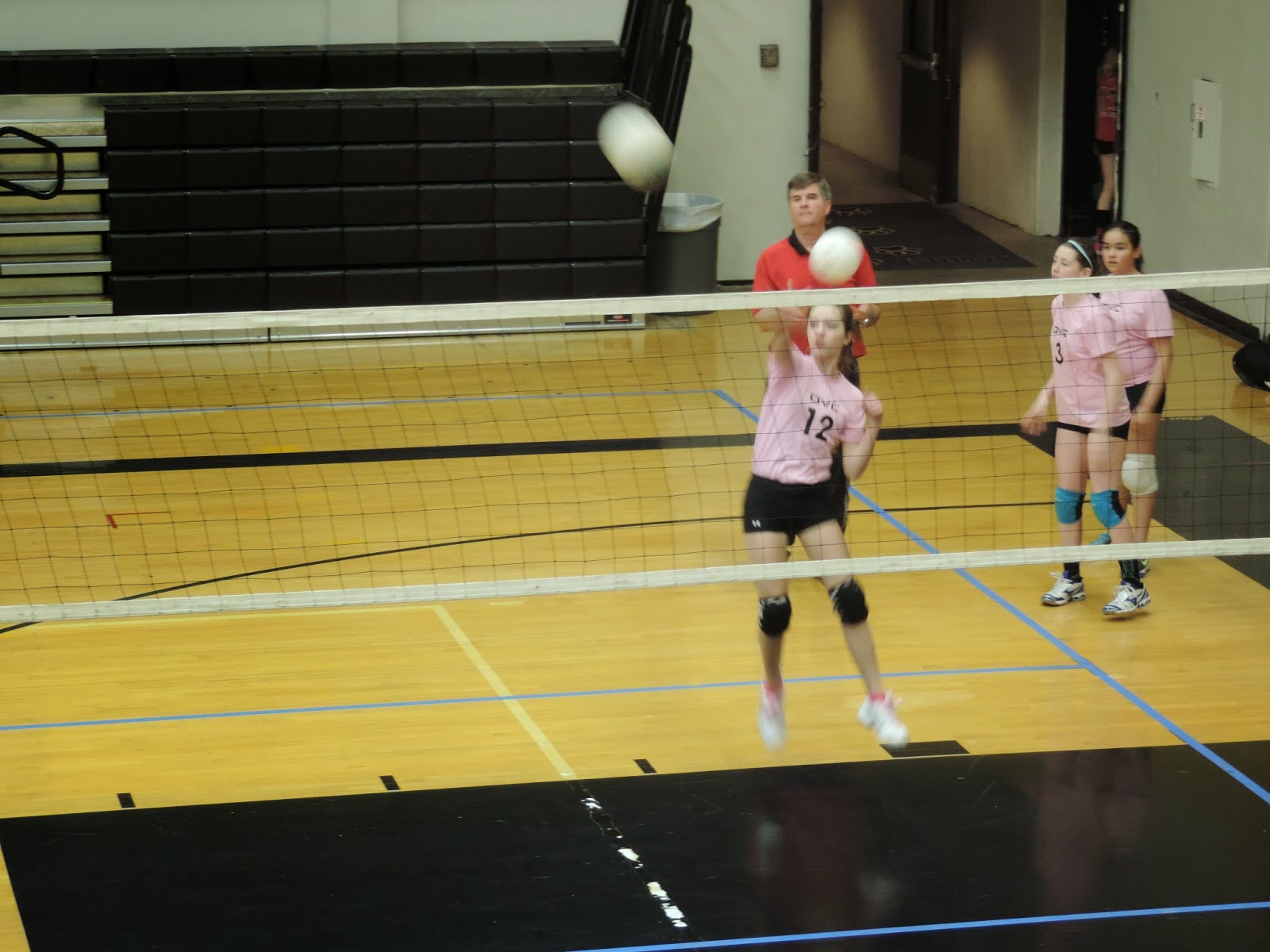 Brailey loves spiking the ball and wants to be a hitter when she gets older. I tried to capture her in action during warm ups, when I actually knew she was going to be hitting the ball. 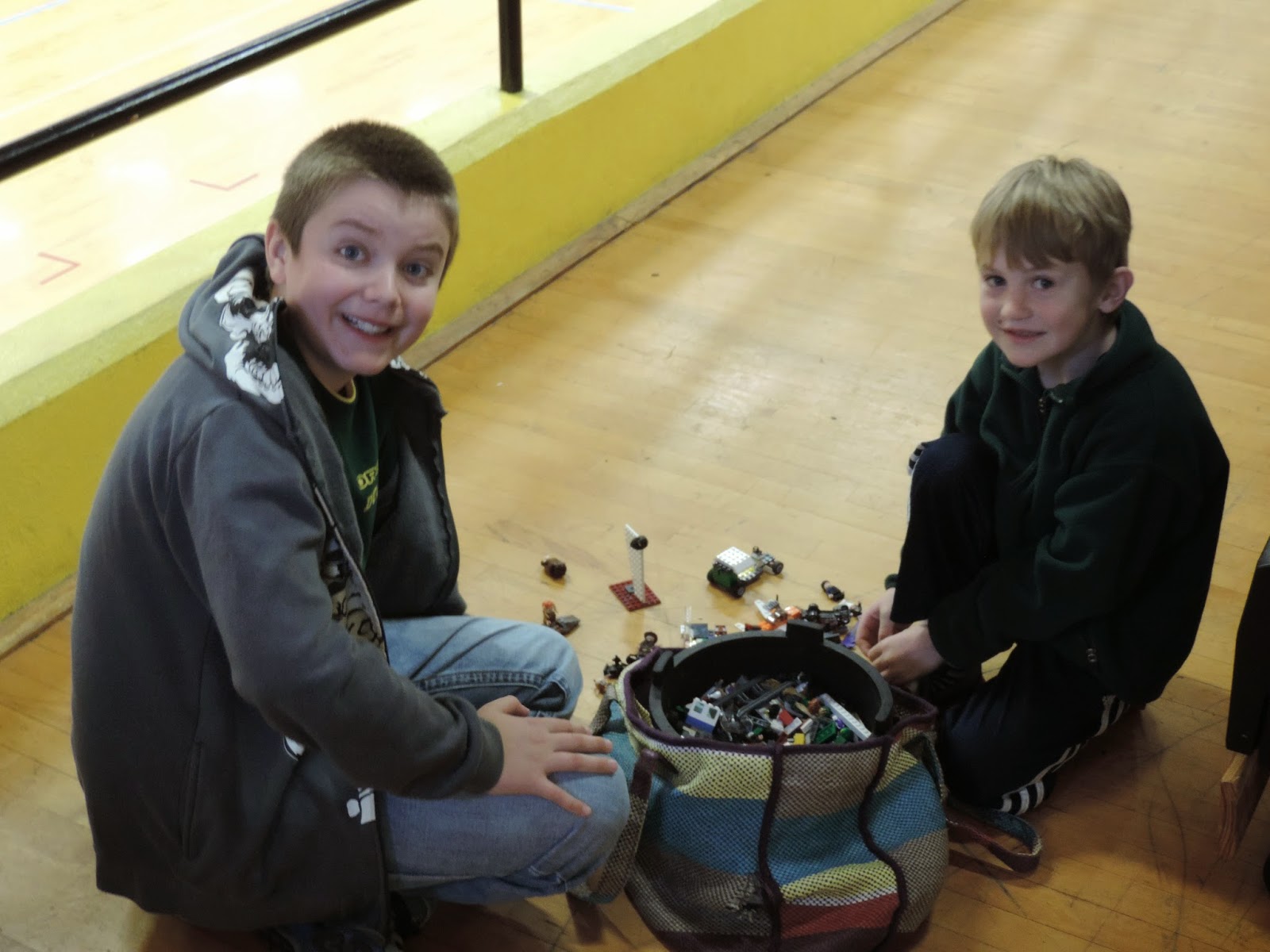 Britt and his friend Conner - they played with Legos nearly all day long! Conner is Ciaragh's little brother. 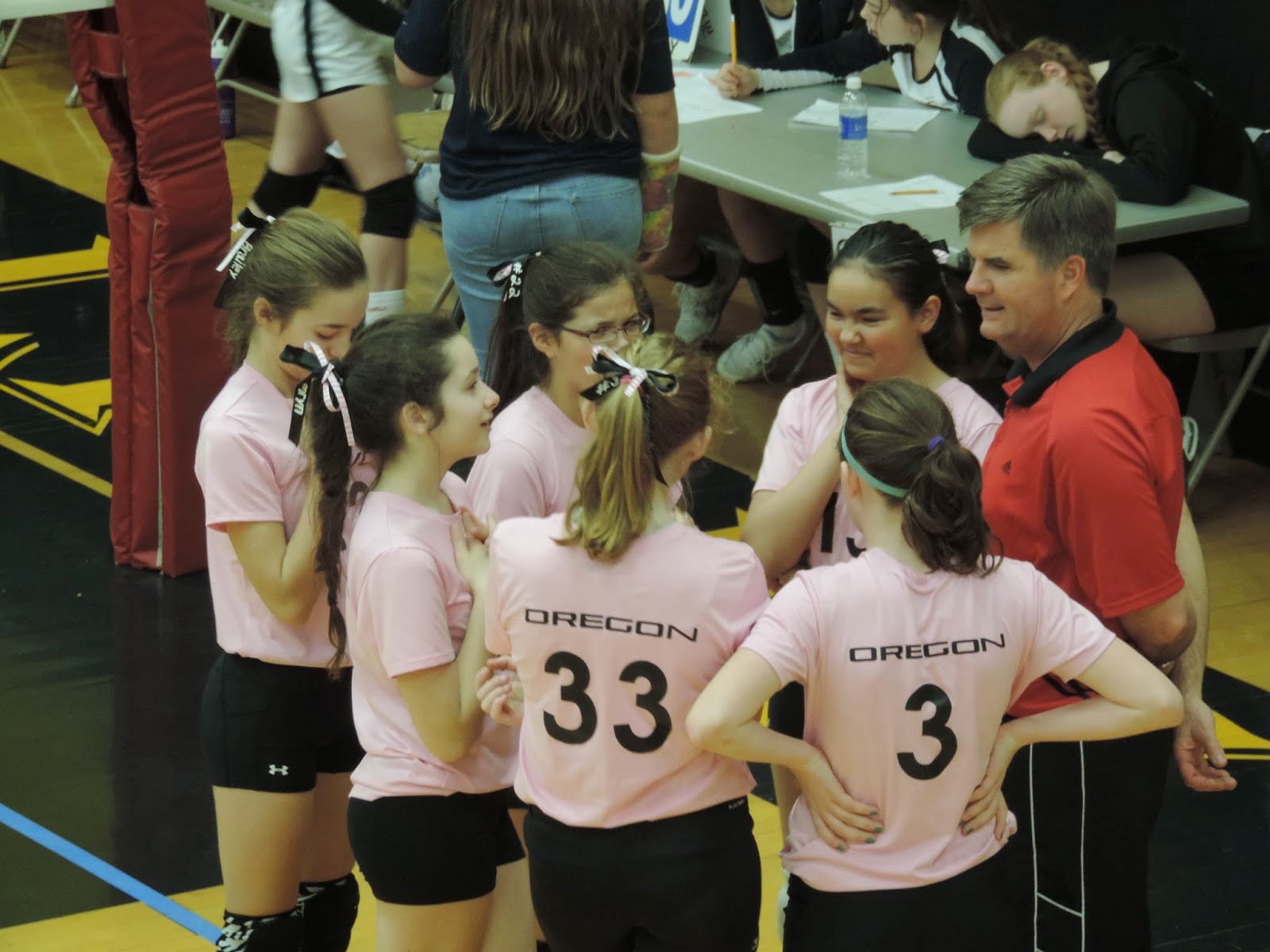 Only six girls were at the tournament, so lots of playing time! We have an additional coach, now, and he is a former player himself - he used to play professionally. So he knows a thing or two about volleyball, and he is so positive and fun and helpful to the girls. What a blessing! 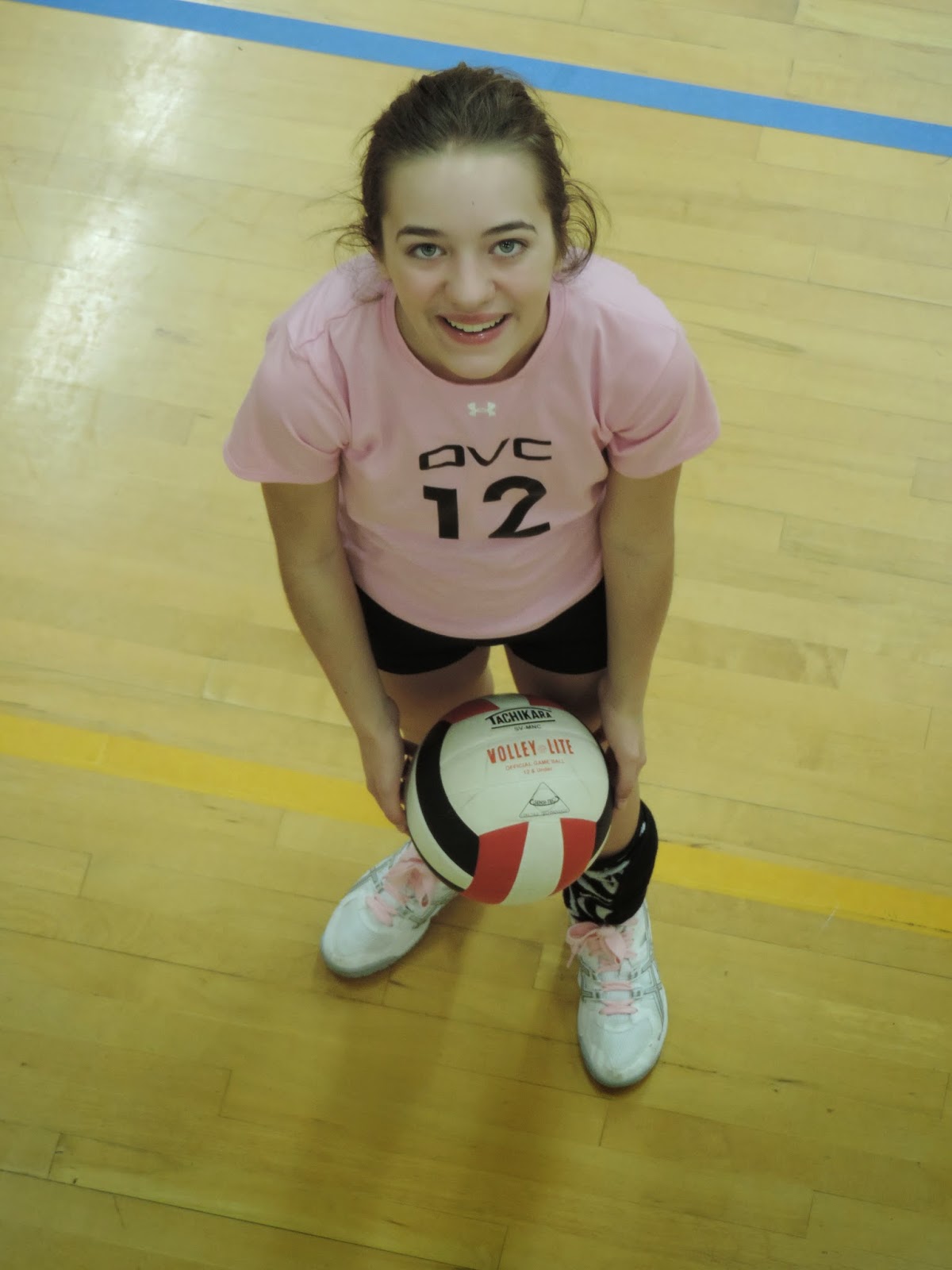 And here she is, number 12! She gets to play again this weekend, and we are really looking forward to it! She's come a long way and still loves the game, which is great news for me, because I can continue to live my dream through her. And there you have it! The past couple of weeks in the Life and Times of The 4 B's!
at April 09, 2014