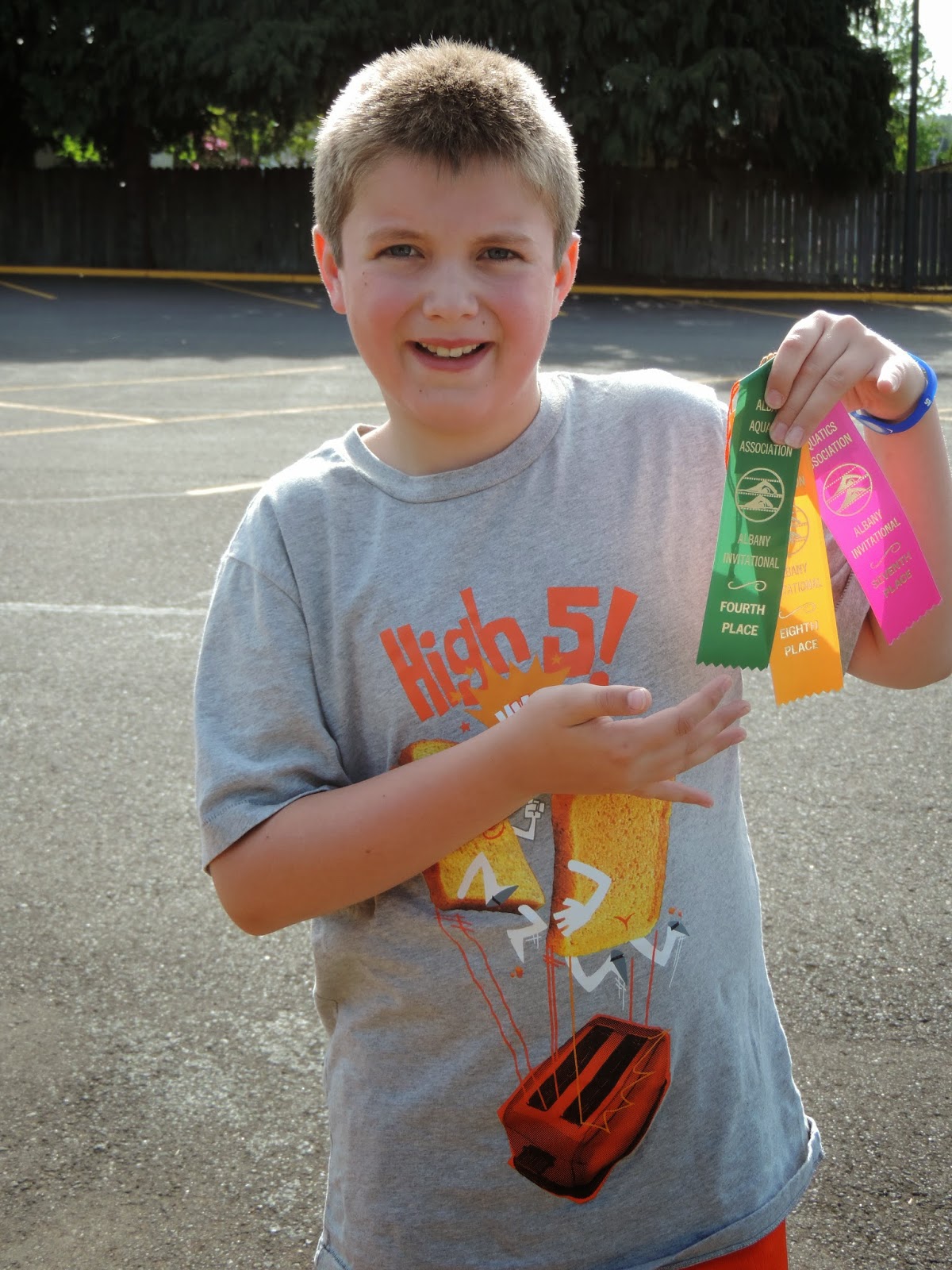 Britt has had some exciting things the past few weeks. Above, he received his ribbons from the Swim Meet in Albany, which he was only able to attend for one day (see Things Don't Always Go As Planned). However, they are his first ever "real" ribbons from a "real" swim meet, so we were super proud and happy and downright thrilled! 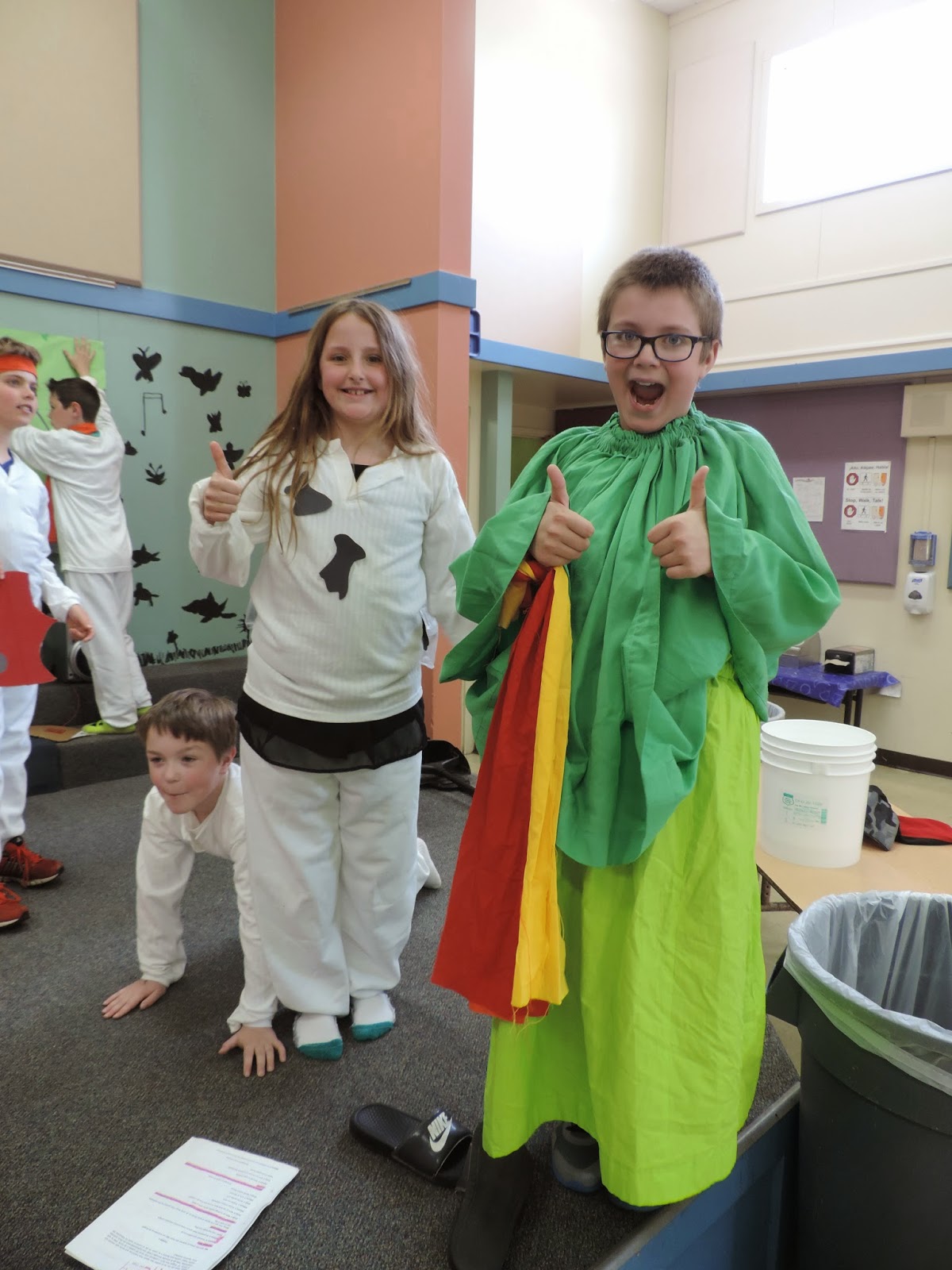 He participated in a school play that performed during lunch one day. He didn't get the part he wanted, and in fact, didn't even get to try out - parts were just given out by the Amity teachers to all the participants. Although many others who originally wanted to be in the play quit, Britt did not. Granted, he wanted to quit, but his mother wouldn't let him. He made a commitment, after all, and so he stuck with it, and in the end, he got an even better part than he had first wanted and ended up being the director and the dragon, which he quite enjoyed. Above, you see Britt and his buddy, Alanah. She was upset to be cast as a cow, also. But her grandma told her the same thing I told Britt - you signed up for it, so you have to see it through to the end. Even though it required several recesses being given up, Britt enjoyed the experience, and he was glad he did it. He did not, however, like his costume - can't say that I blame him. But he was an excellent dragon, even if I couldn't understand a single word that was said  (it was all en espanol). The bottom line is, I'm really proud of him for sticking with something that wasn't easy and he didn't want to do and I'm grateful he saw the reward of perseverance in the end. 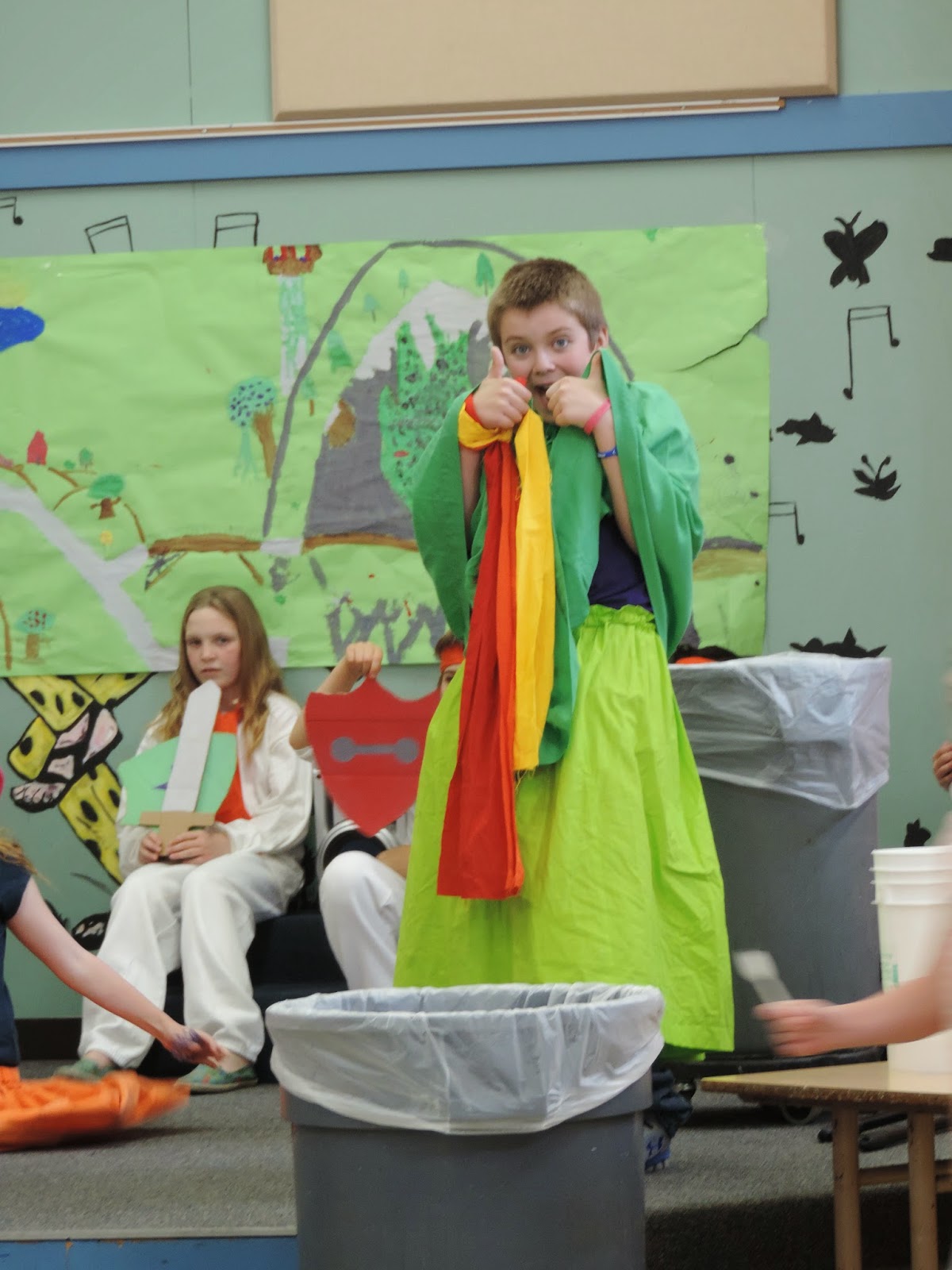 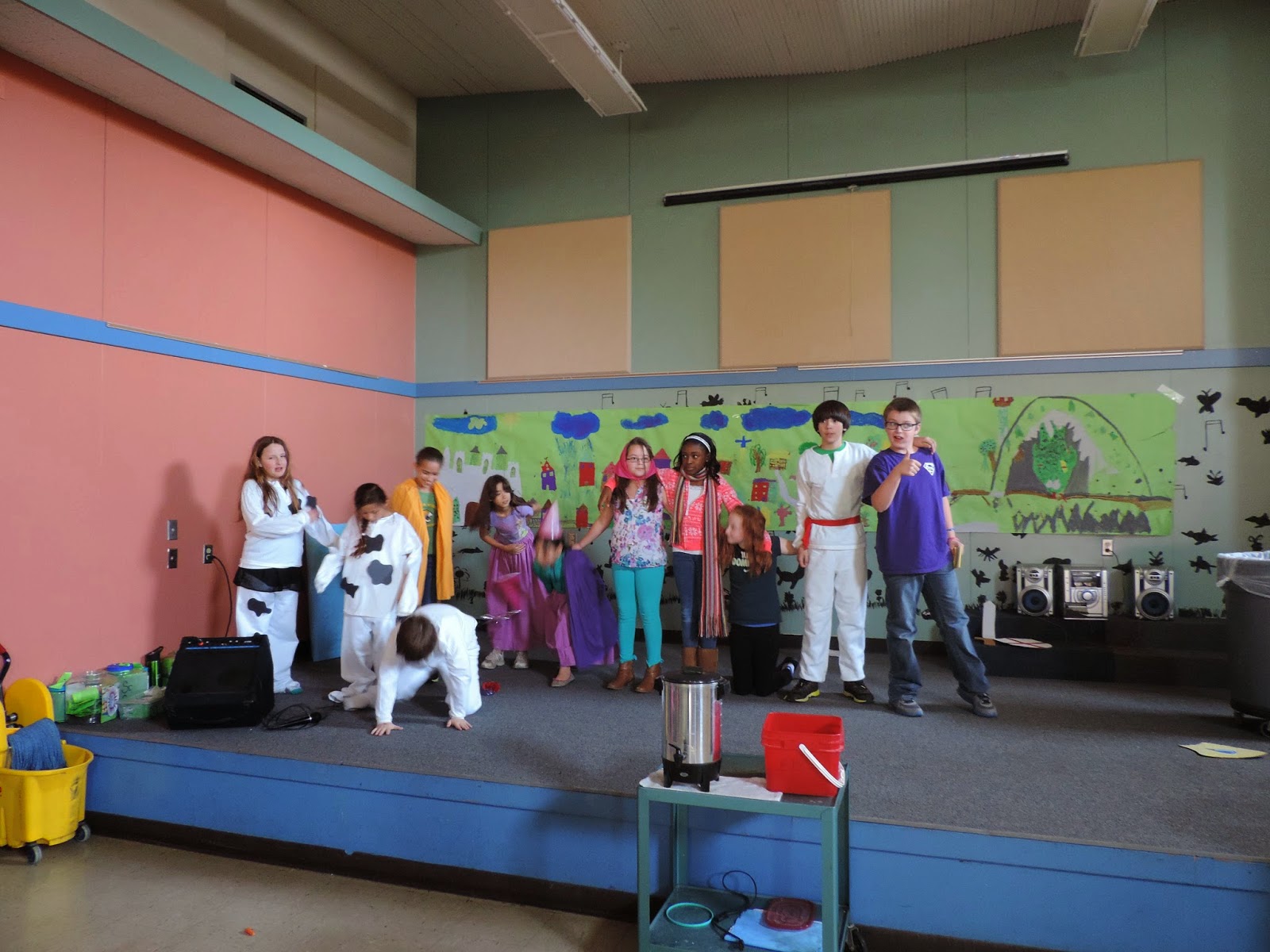 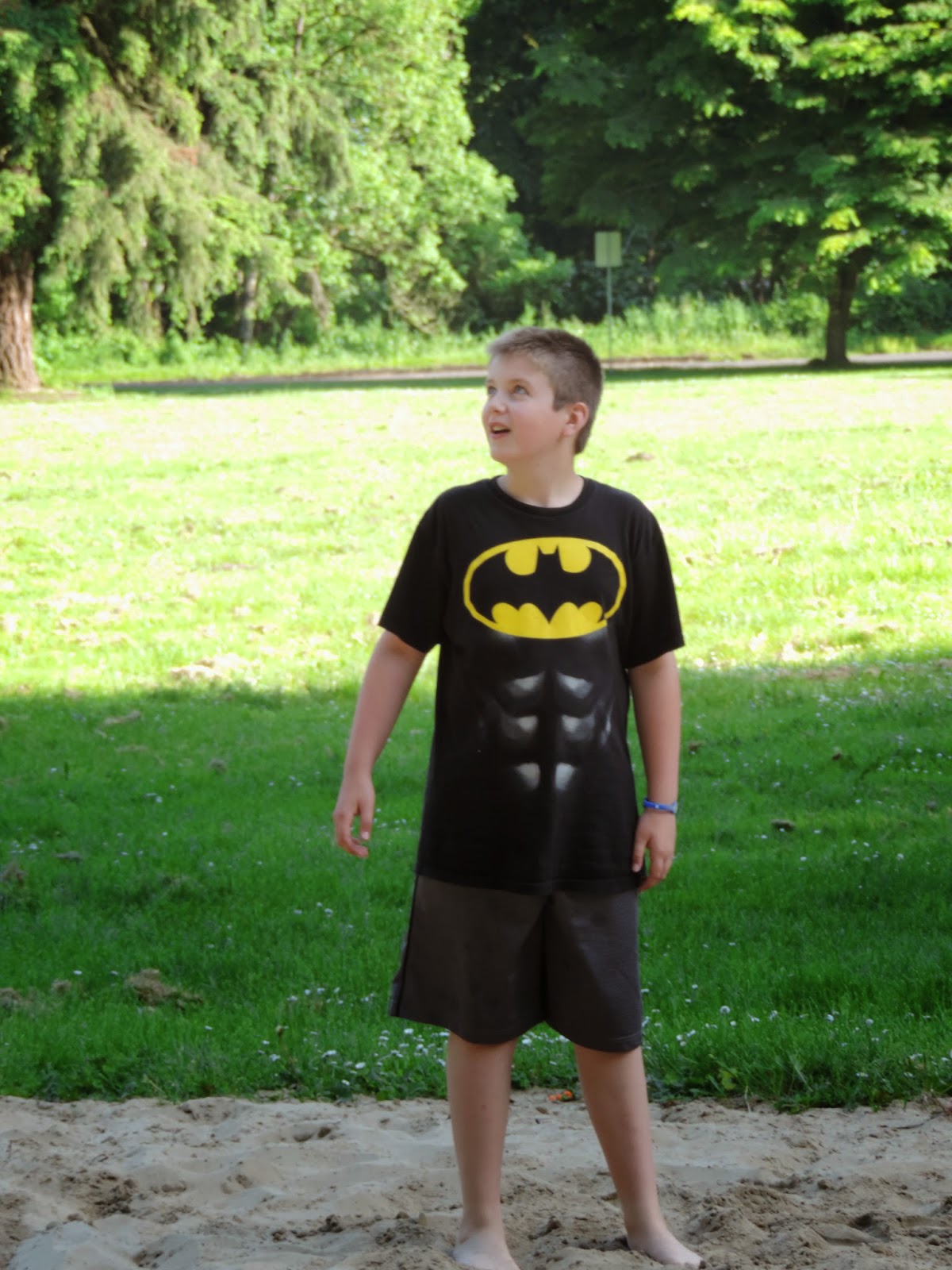 Here he is, playing volleyball, wearing his favorite Batman shirt from the Easter Bunny. I love the look on his face - happiness and sheer enjoyment. He is living in the moment! 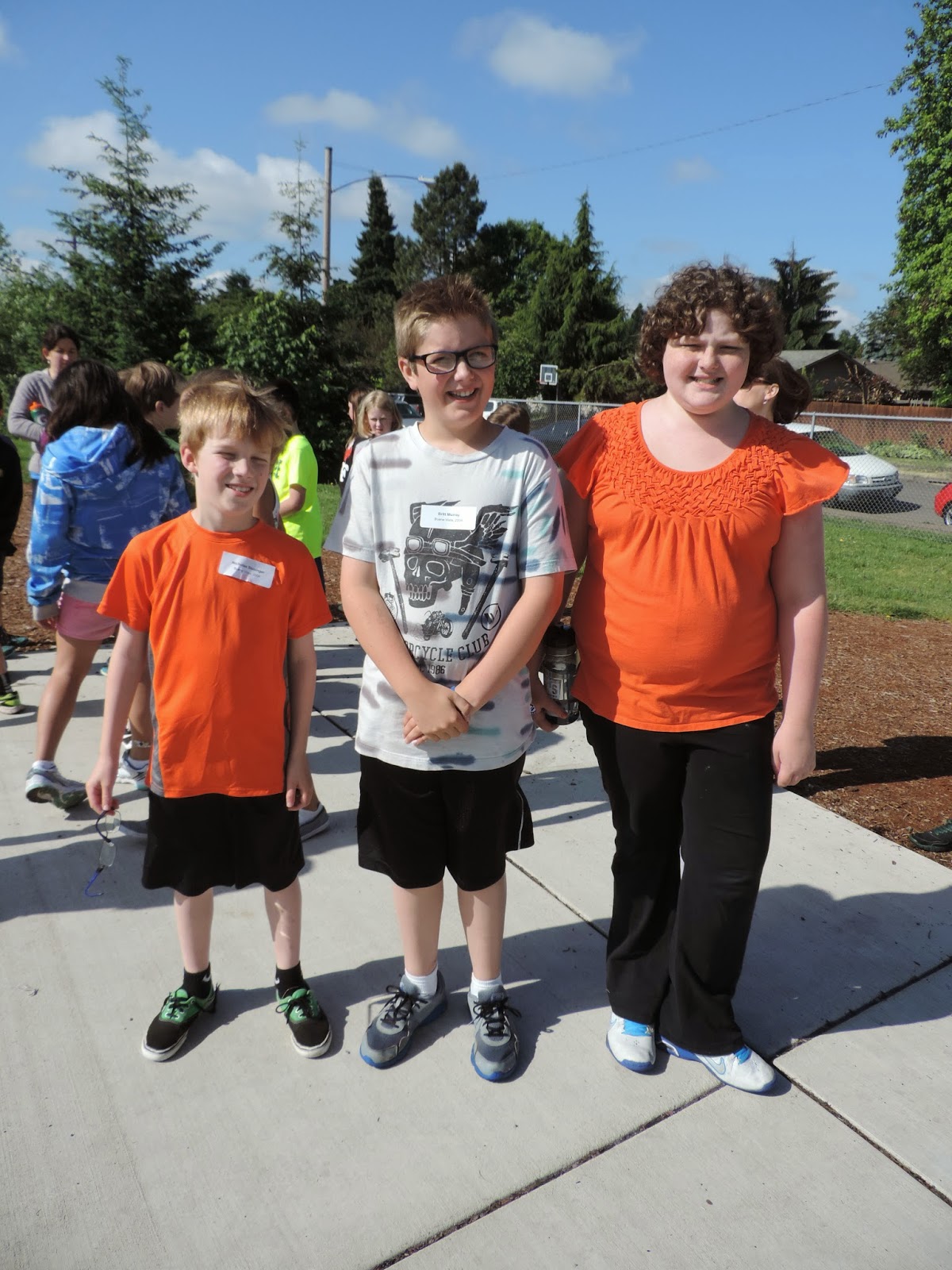 This year he had his first track meet, the annual and very traditional Hershey's Track Meet for Fourth Graders. He and his friend Nicholas came in dead last in their races. They didn't mind, though, since they both got the same place. All said and done, it was a bit of a tough day for Britt, and was hard on his Mama's heart, but it is all part of life, right? He will know what to expect next year and can work on his skills in the meantime. 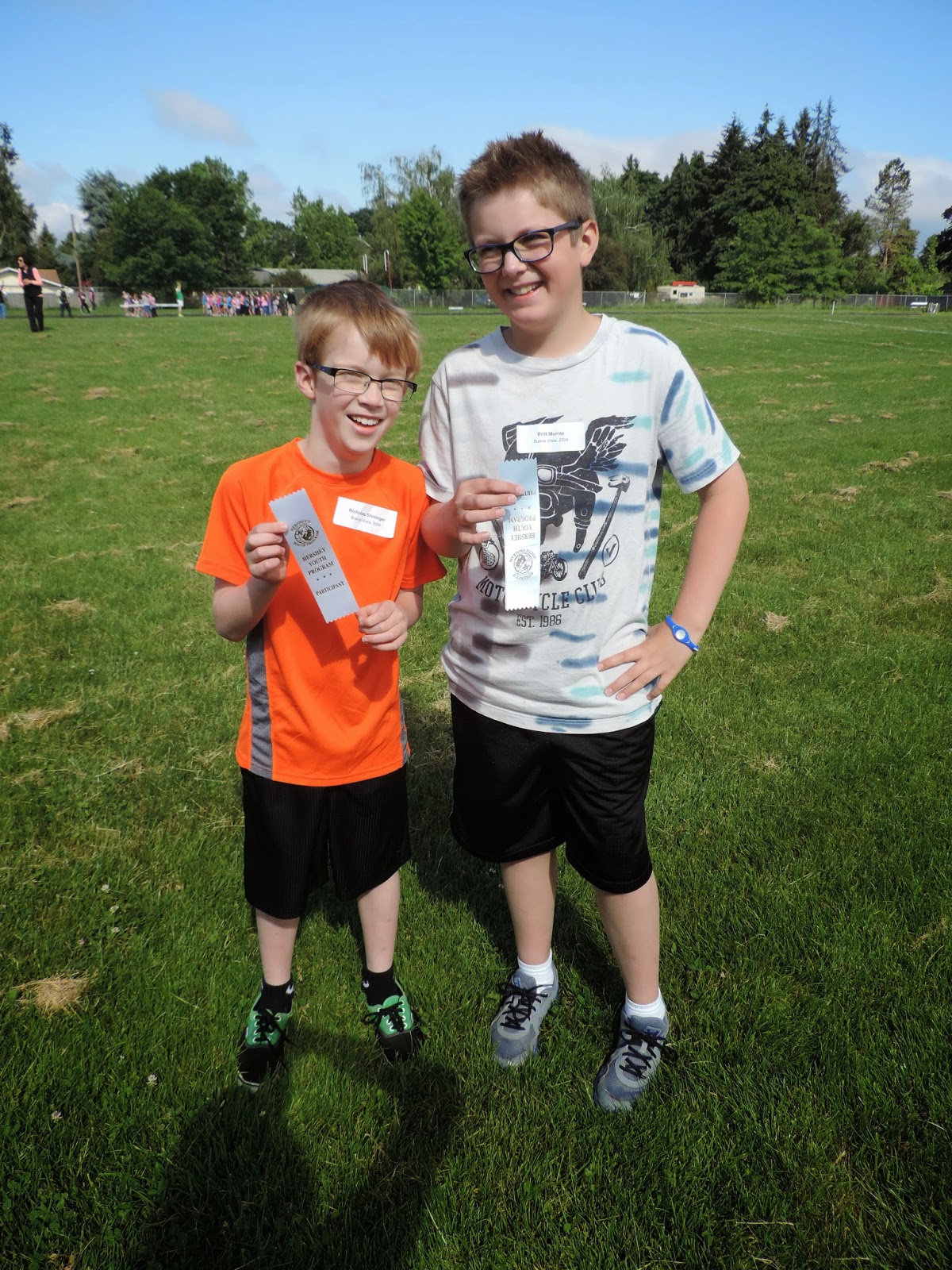 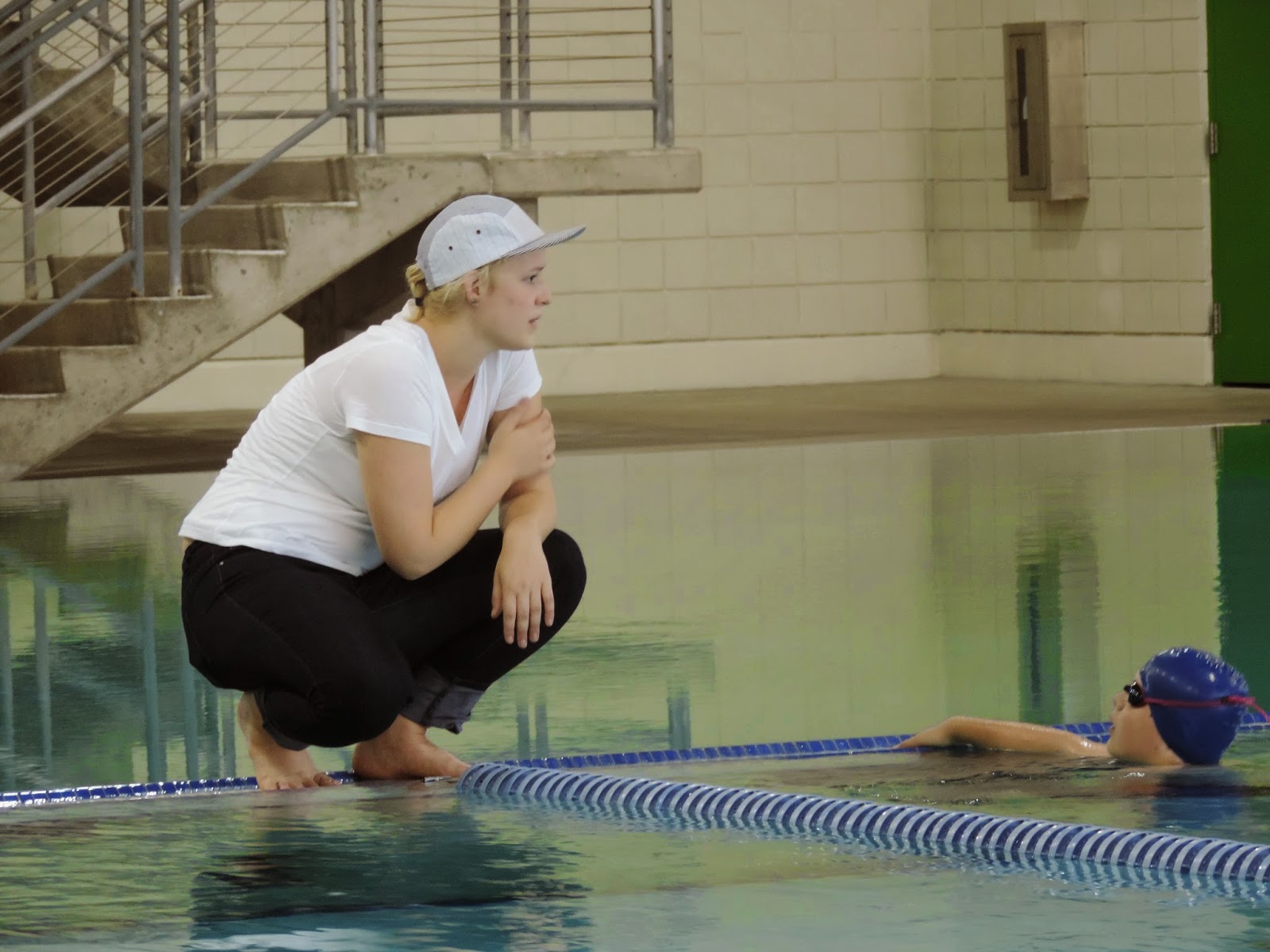 Swim lesson with Coach Sarah... She is the best! She is juggling coaching and her last year of college at Oregon and moving down to San Francisco this summer to start Med School. We love her! Britt is learning more and more all the time and working hard to refine his swimming. This was a great lesson! 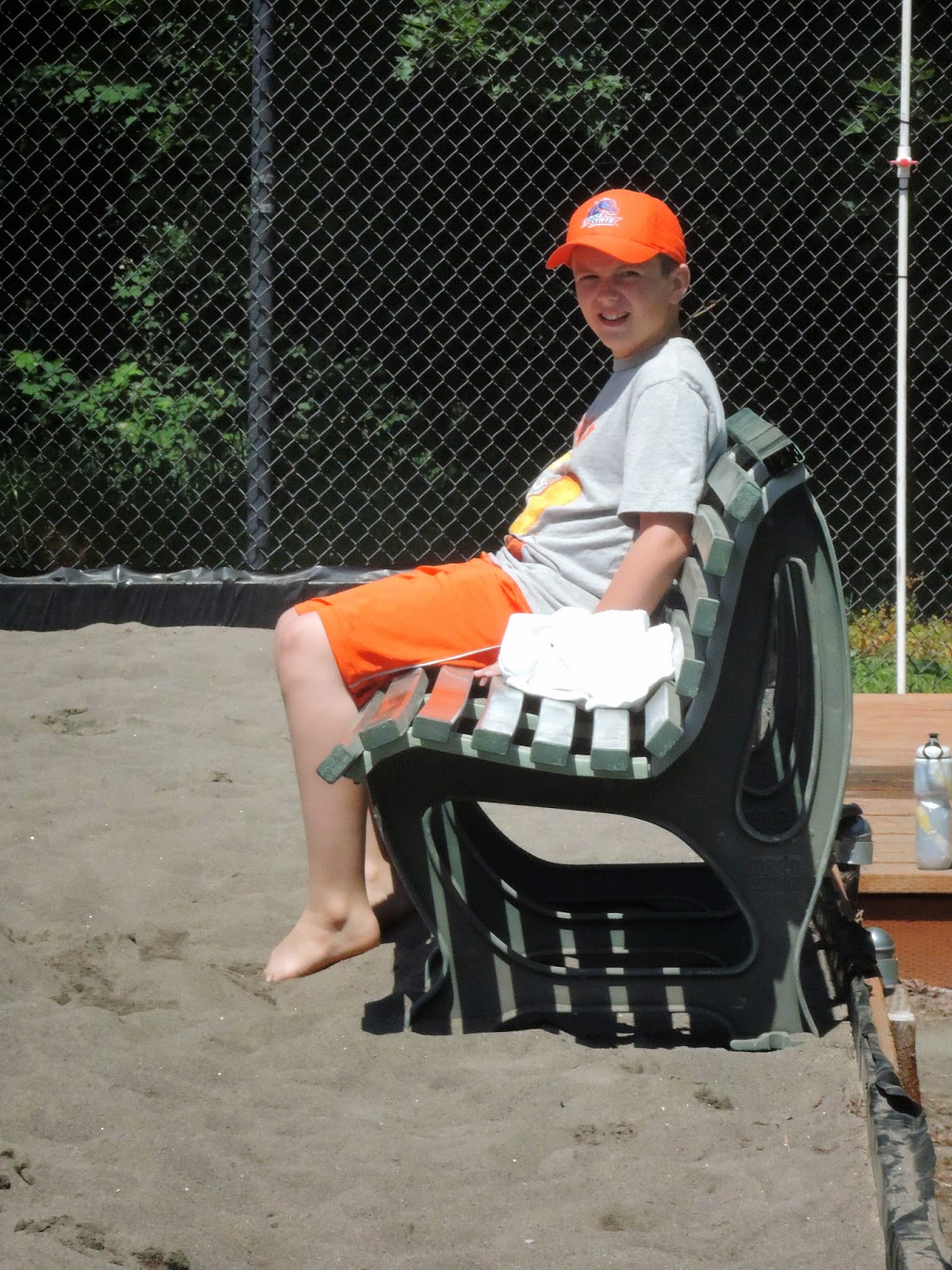 One of the very best things about Britt is that he is such a supportive brother. Here he is cheering his sister on from the sideline. Later, he started playing in the sand, but I missed getting a picture of that. I can't believe he is going to be in fifth grade, next year, but I'm excited to see him grow and become more and more of the wonderful, kind, smart, sweet man he is on his way to being. LOVE HIM!
at June 03, 2014