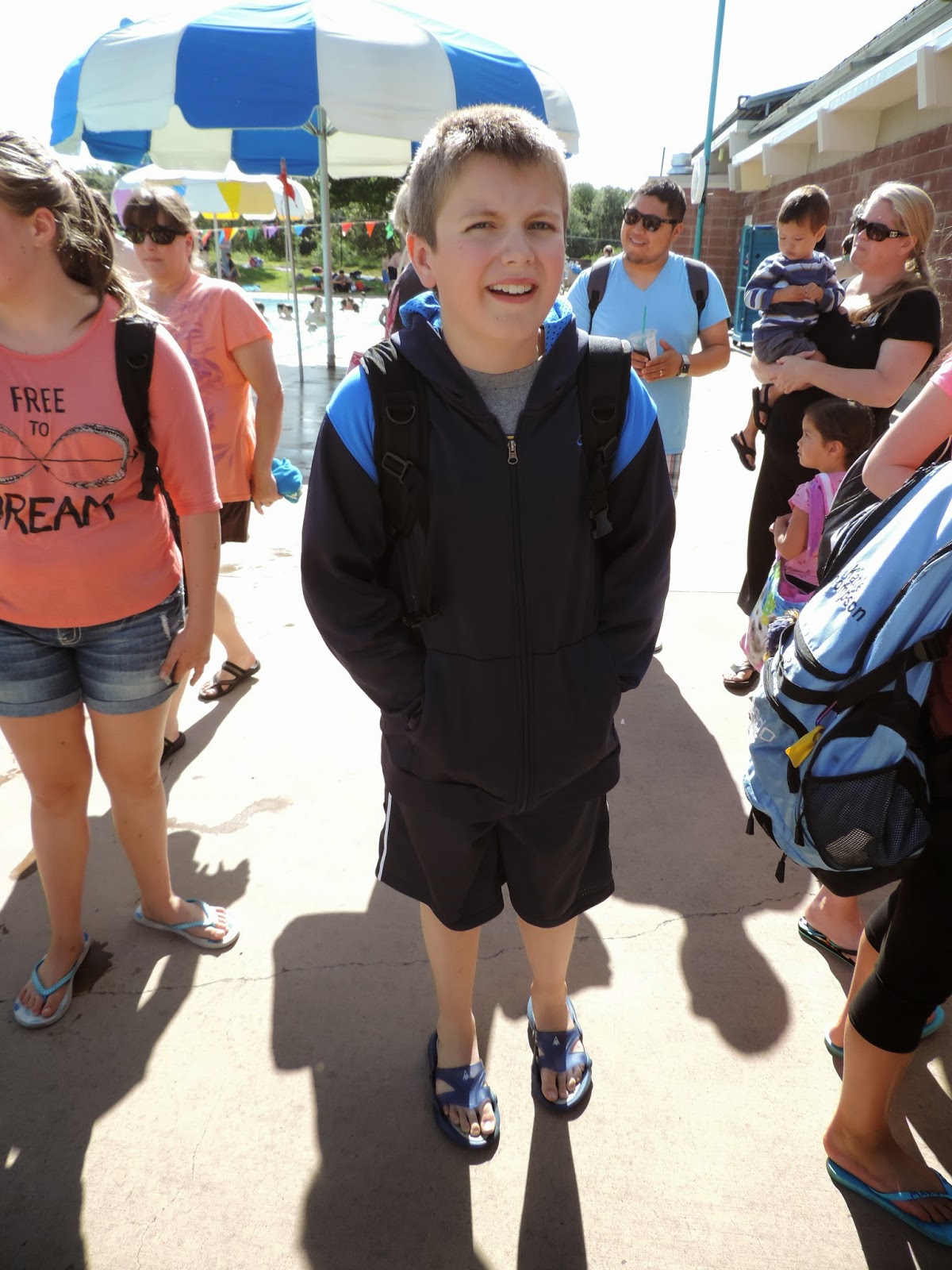 He worked hard to raise money for his team. He was excited to see how many laps he would swim this year. He couldn't wait for Gramma Diggy to watch him. But an hour before we left for the annual Swim-A-Thon, he came down with a bad headache. I gave him some ibuprofen, hoping that would help, thinking it was maybe allergies, actually hoping it was allergies. Upon arrival at the pool, he got the shivers - not a good sign. But wild horses couldn't have dragged him away from that pool - he was not about to let his grandma or supporters down! And so he swam for the two hours they had to swim, and he completed 70 laps. It was obvious he didn't feel well, but he pushed on. Had he been healthy, he likely would have gone over a 100 laps, but still he found that try deep down inside of him, and not only met his goal (65 laps), he exceeded it! And he made us all super proud! However, after we made it home, he plopped on the couch, not even daring to eat a bite of pizza, which is his favorite food in the world, and after a quick shower to get all the chlorine off, threw up and spent a restless night with a high fever ibuprofen and Tylenol didn't touch. He was lethargic and on the couch for the next two days. He rallied his strength to make the trip to Portland to get his sister and grandma to the airport. His dad and I took him straight to the doctor as soon as we got home, and thankfully, he didn't have Strep or Toncilitus, just a really nasty virus. He's still recovering, but doing better every day. He's a tough one, that's for sure! 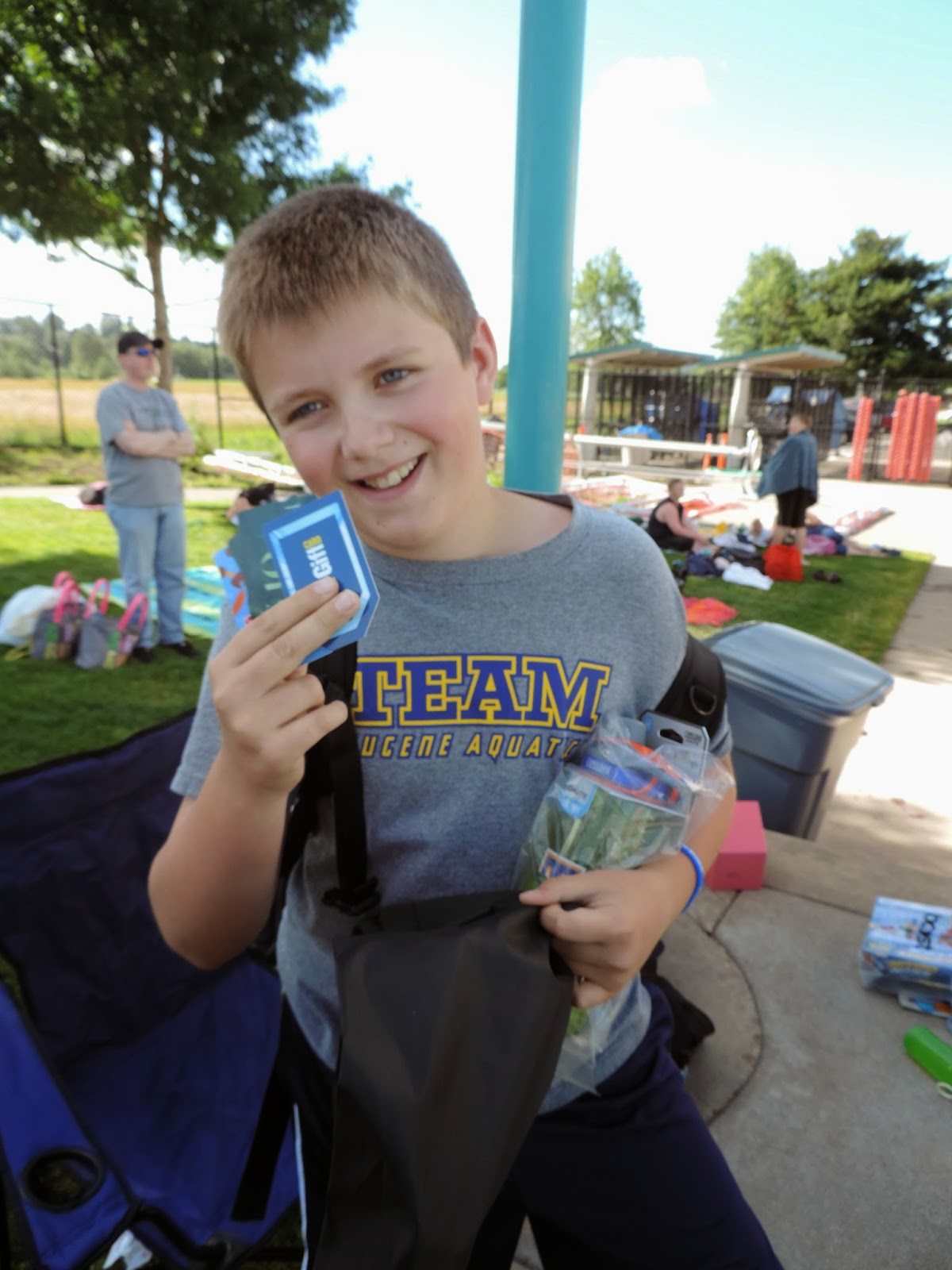 Thanks to his generous supporters, he earned some wonderful donated prizes! Above, he is holding gift cards. He can't wait to use them! 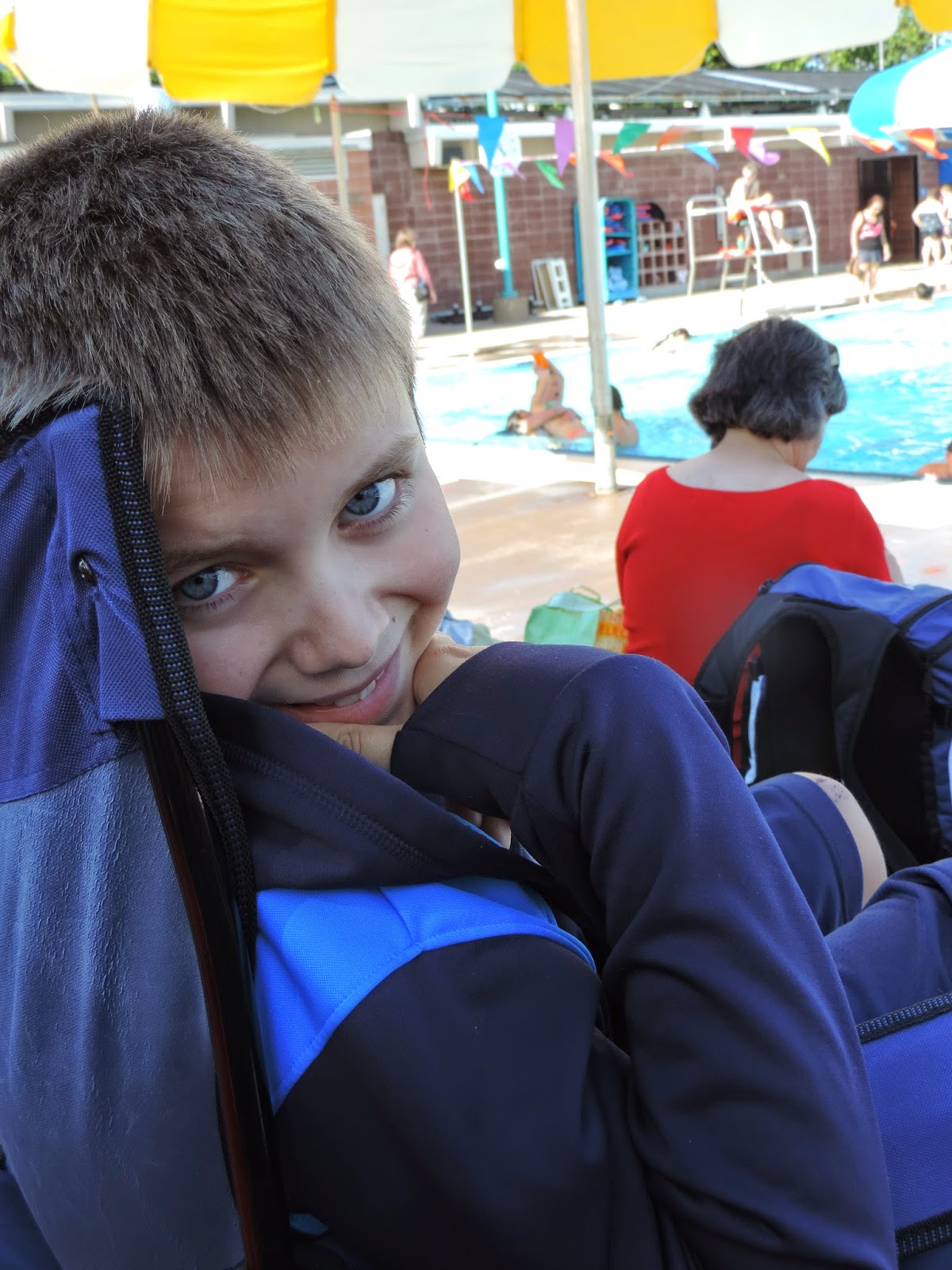 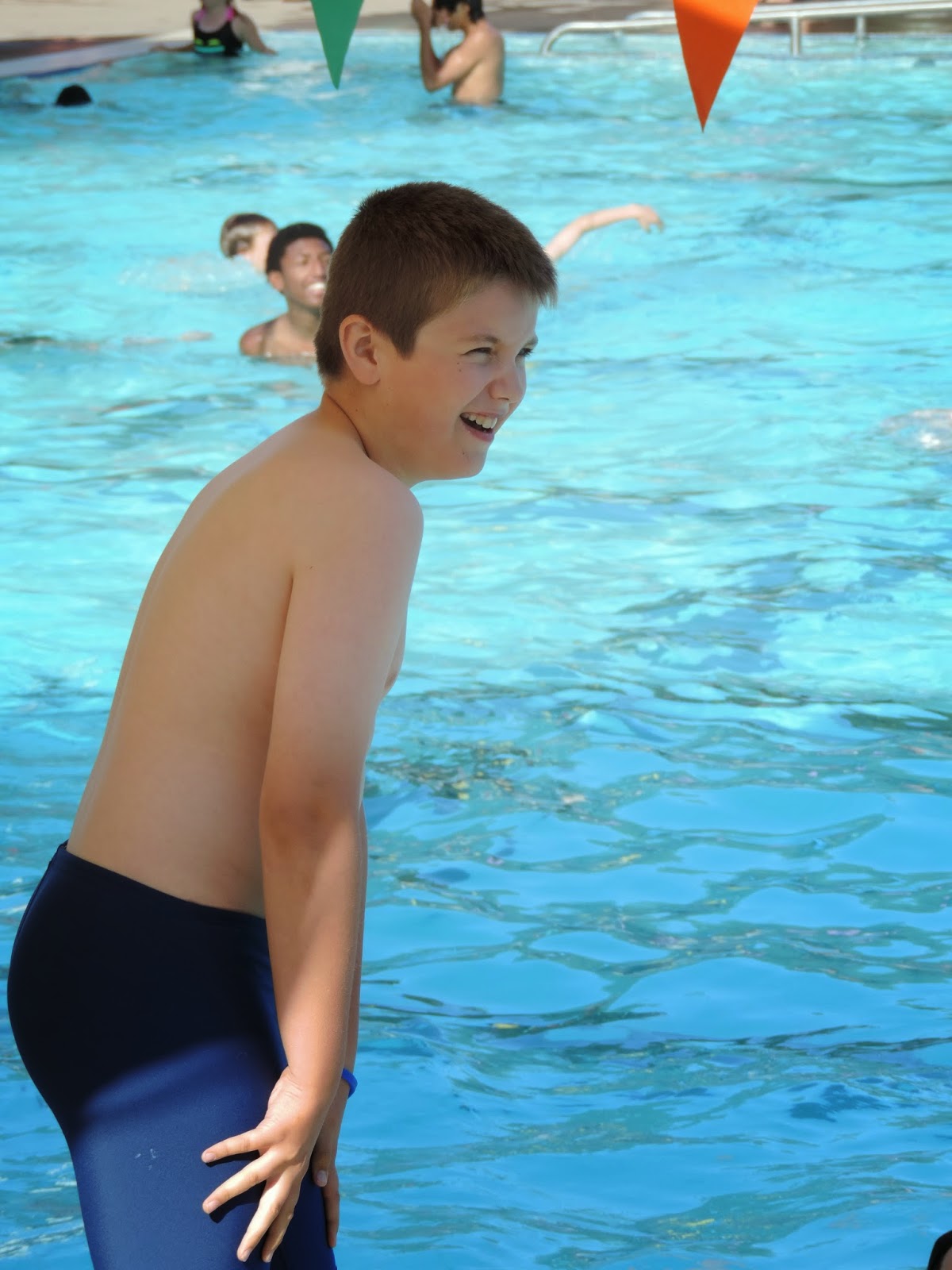 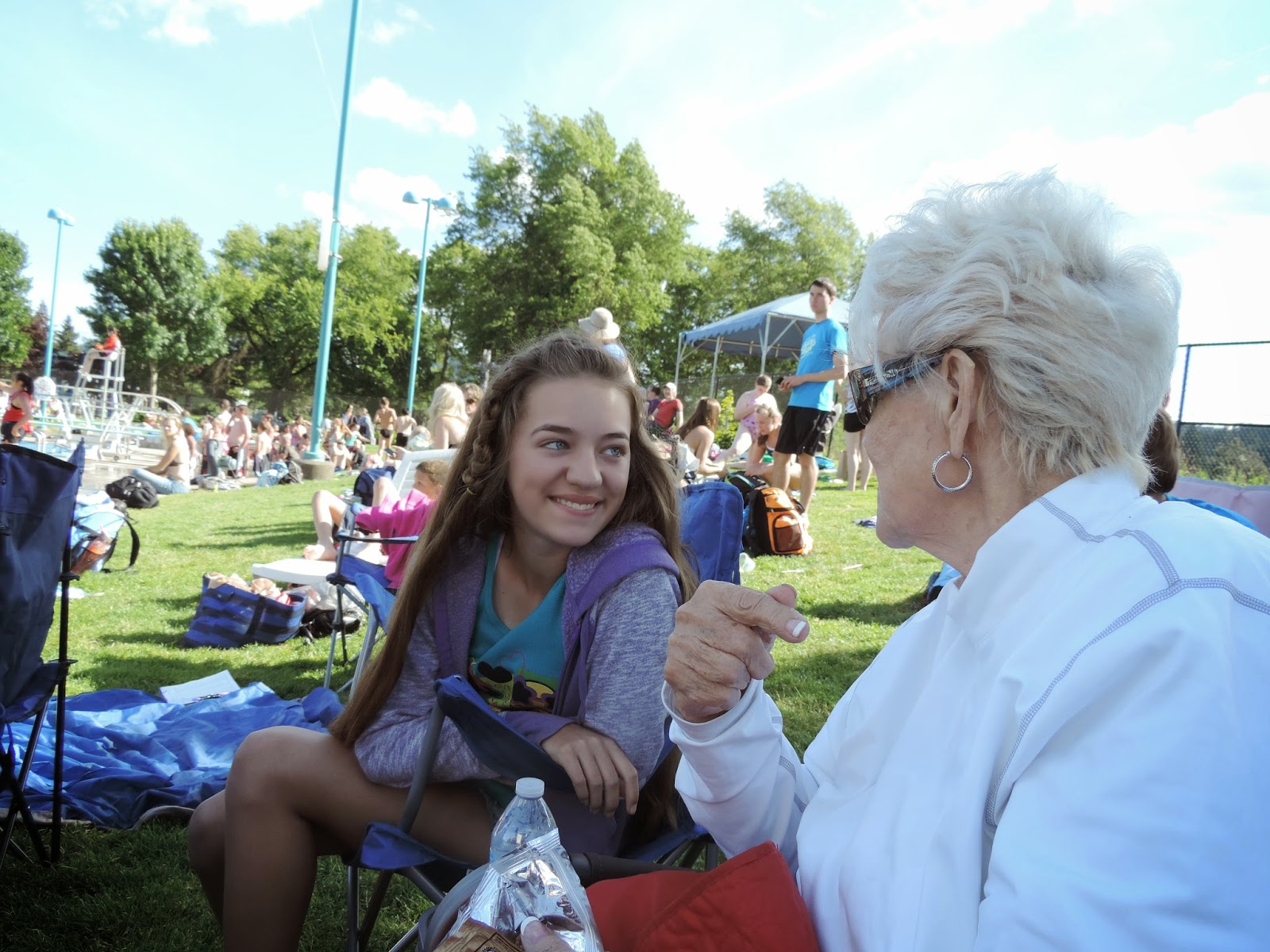 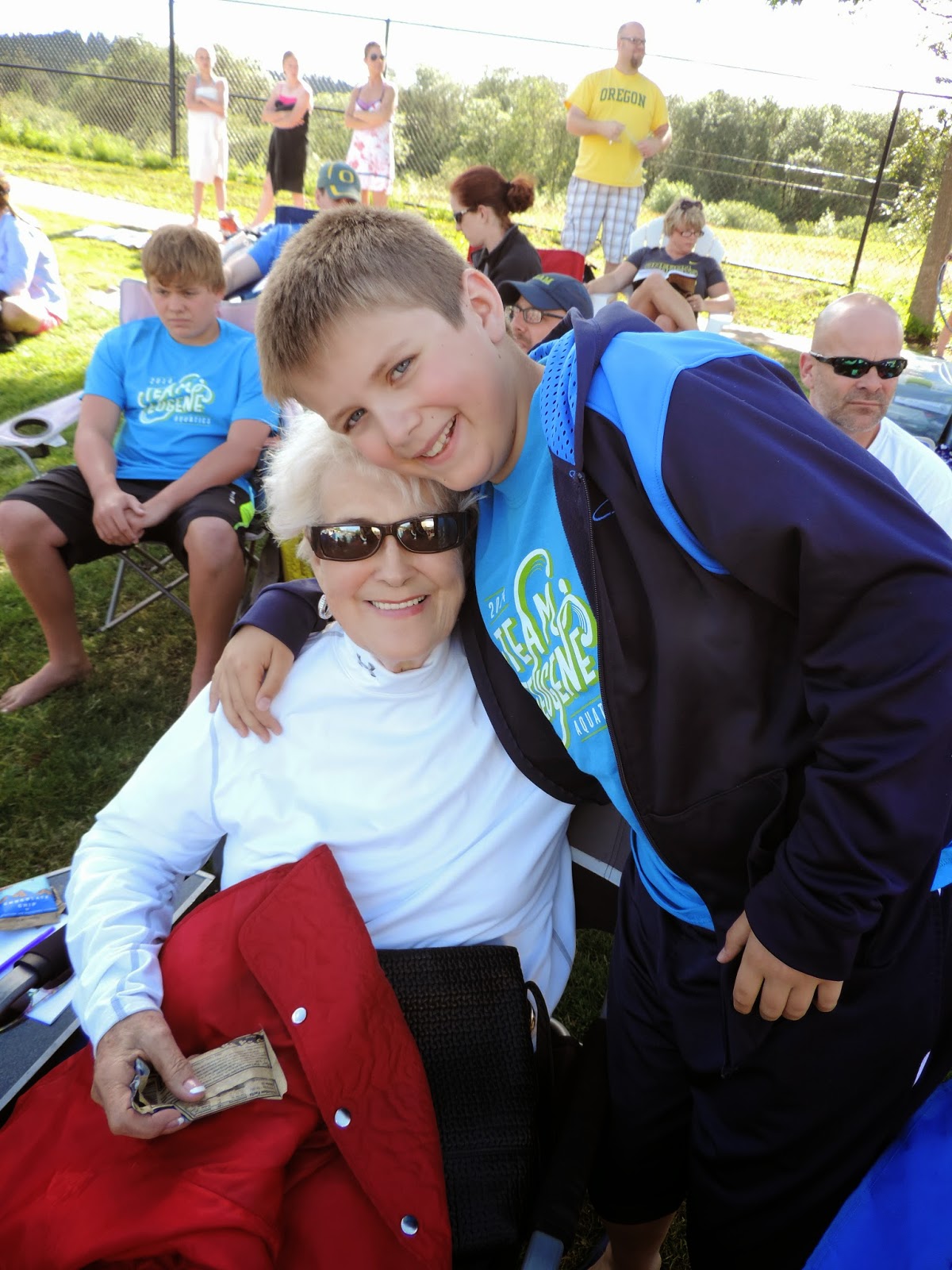 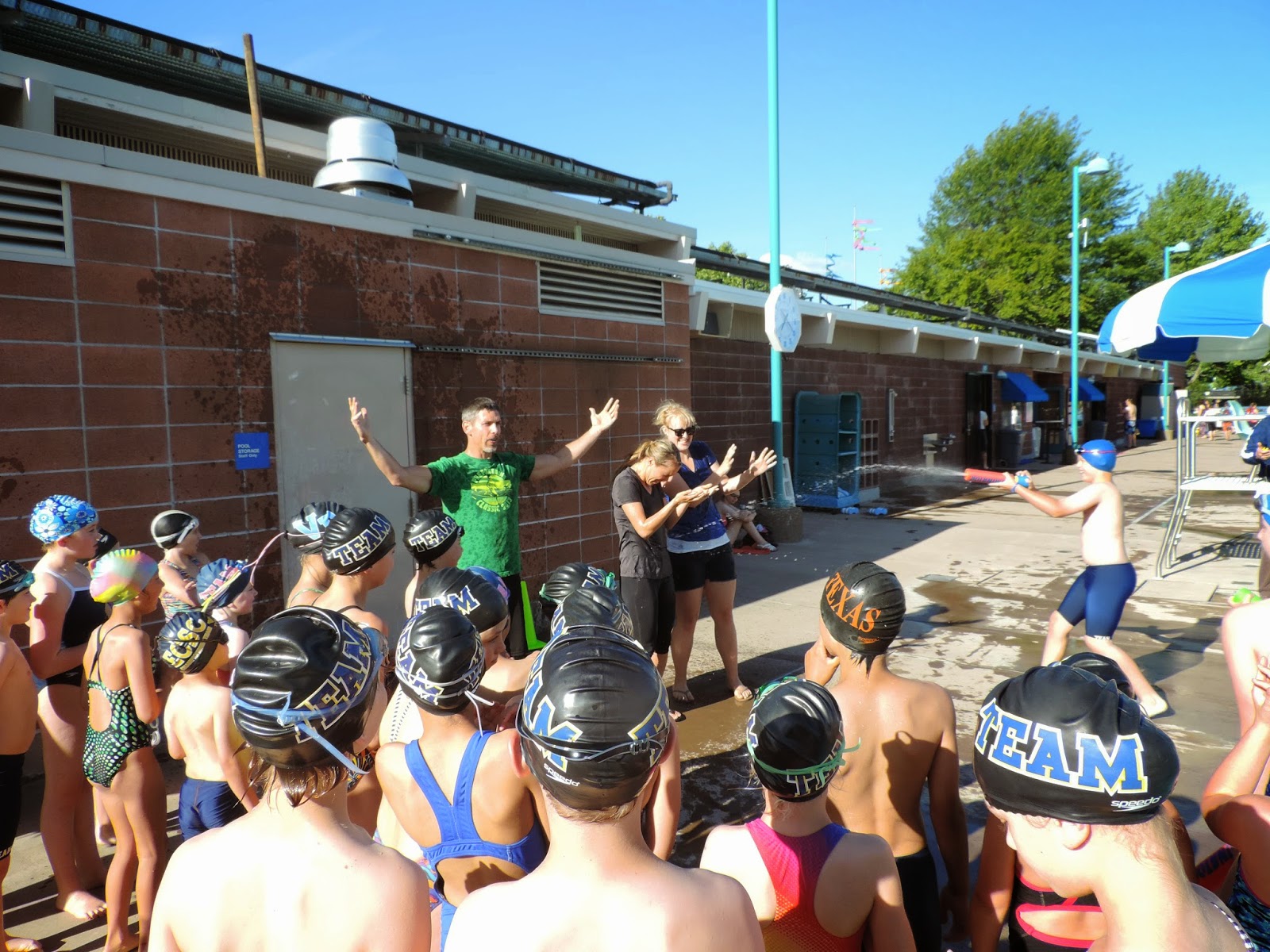 One of the prizes he earned was a timed "soaking" of his coaches. He didn't really like soaking them, but made the most of it! 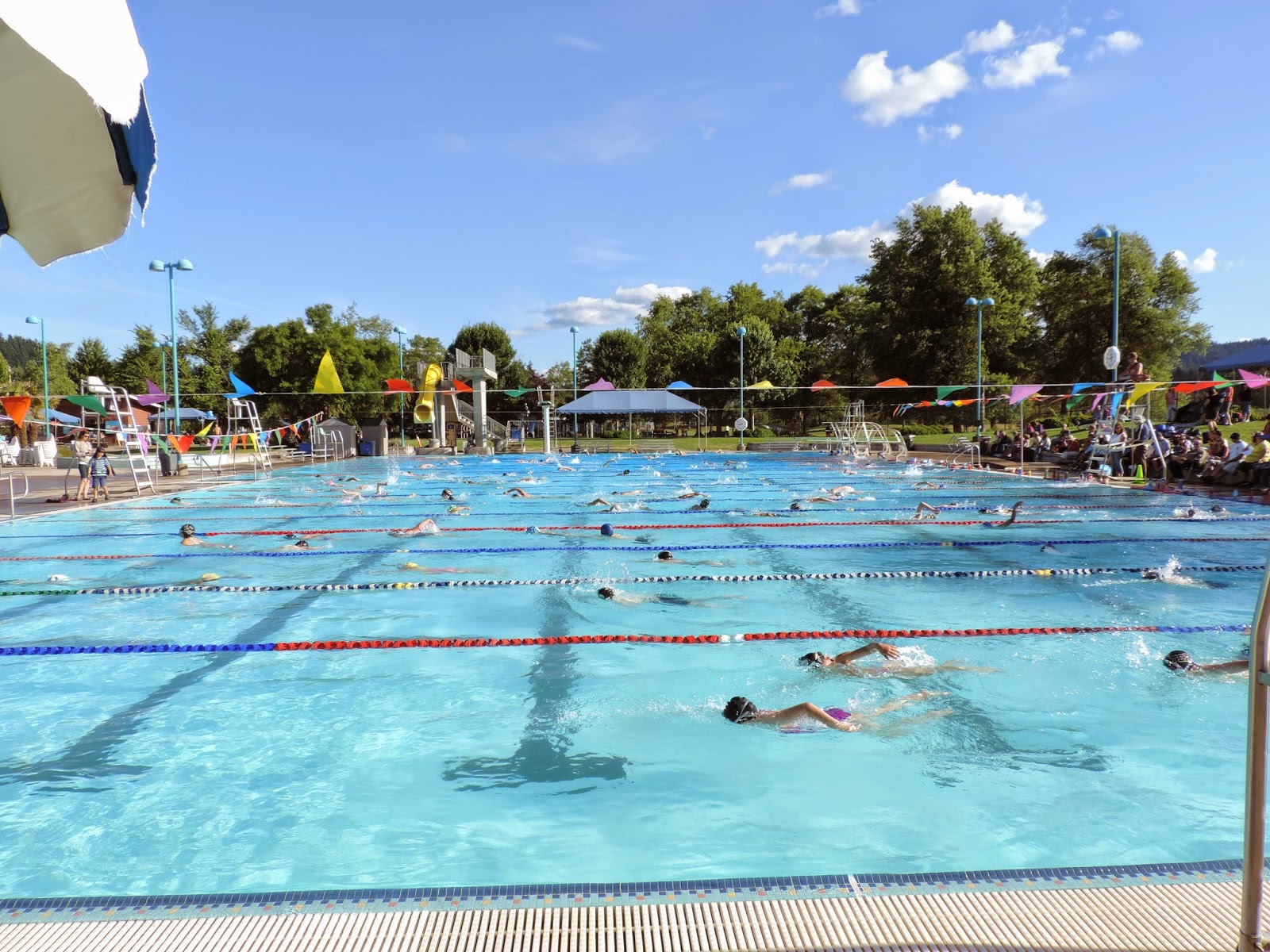 All the swimmers, swimming away... 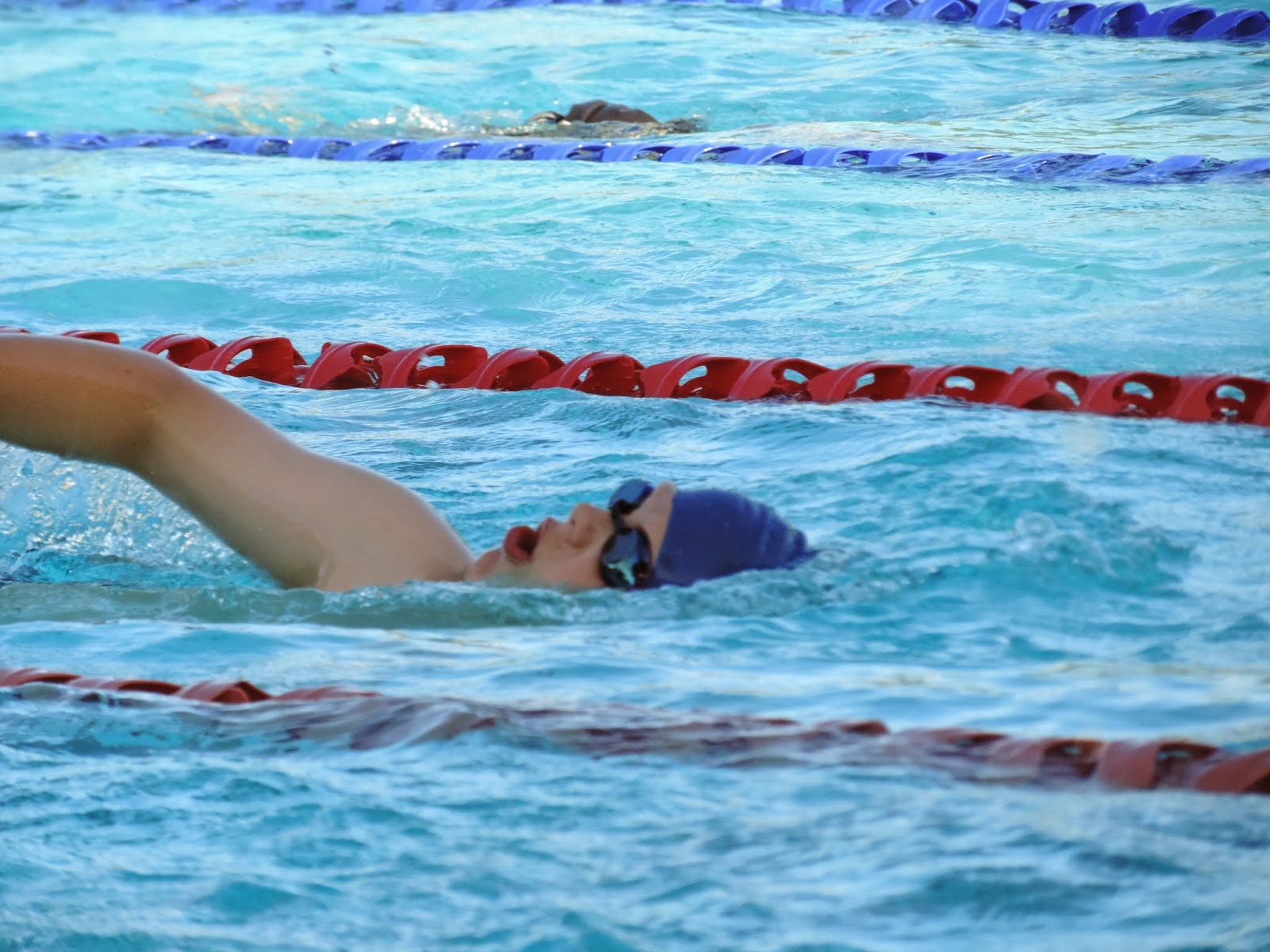 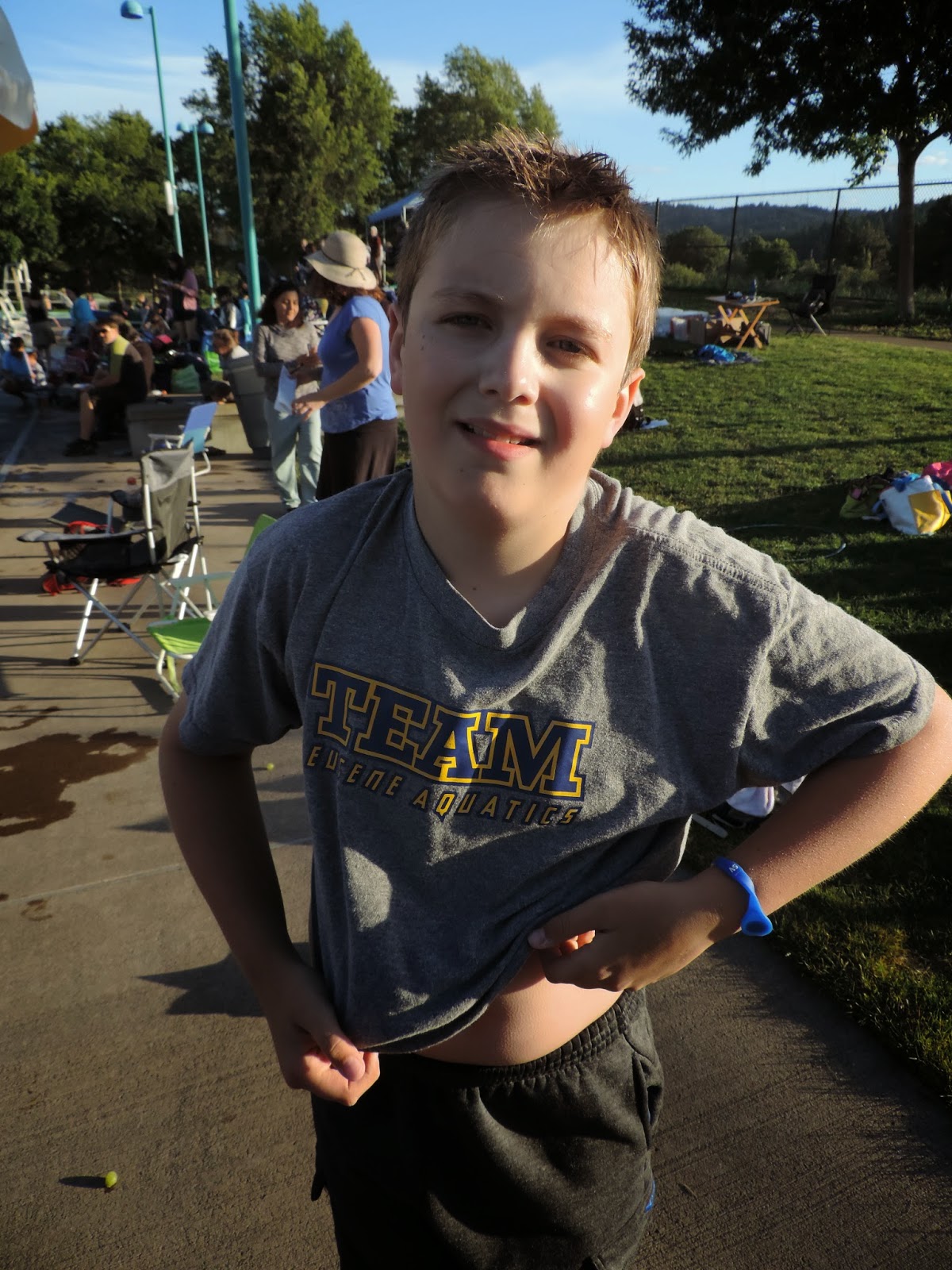 Done! It was easy to see he was pale and not feeling well. But he did it! And nobody was more proud of him than his Gramma Diggy, who thought he was the most wonderful swimmer in the pool. Hey - that's what grandparents are for! 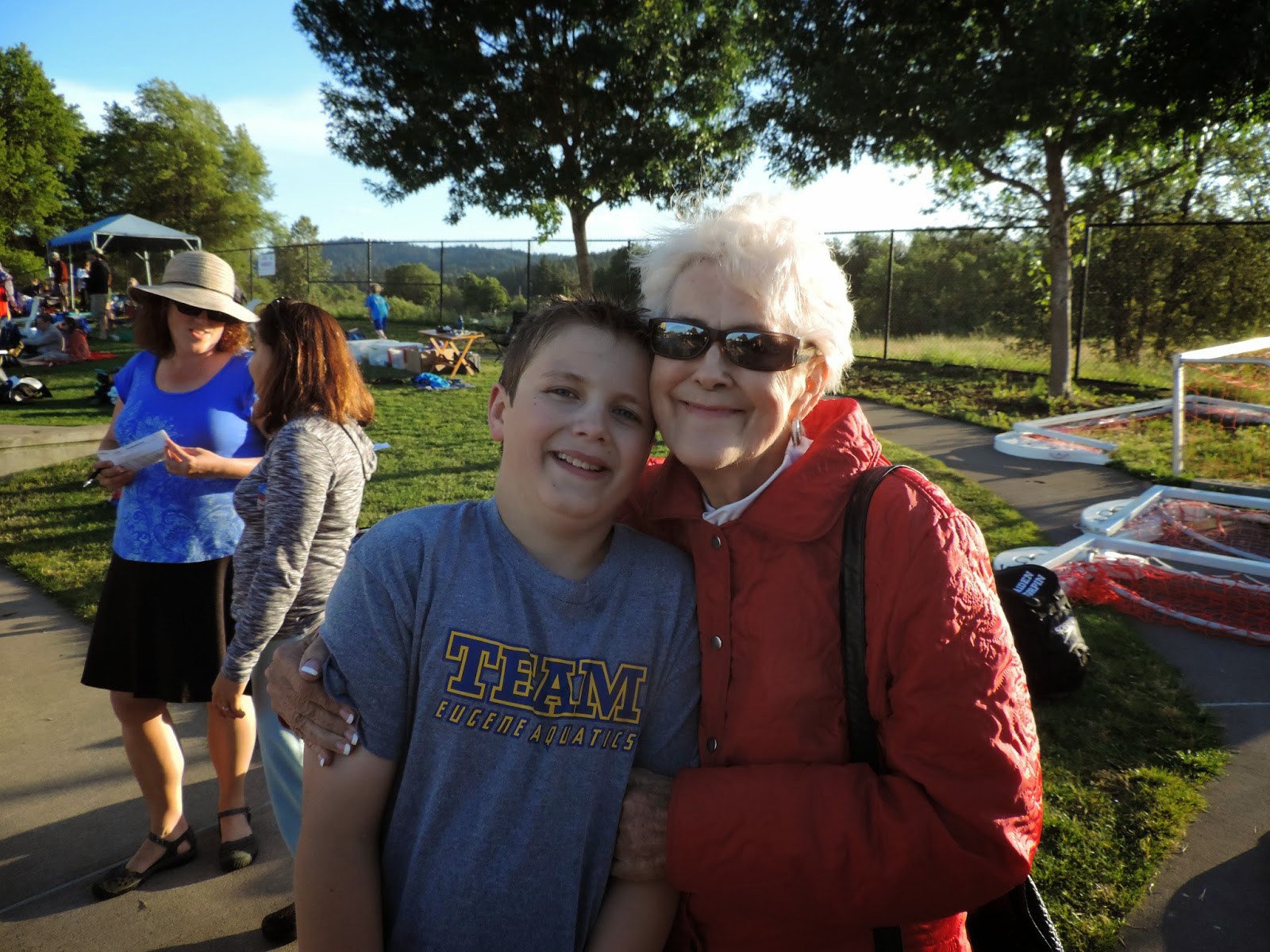