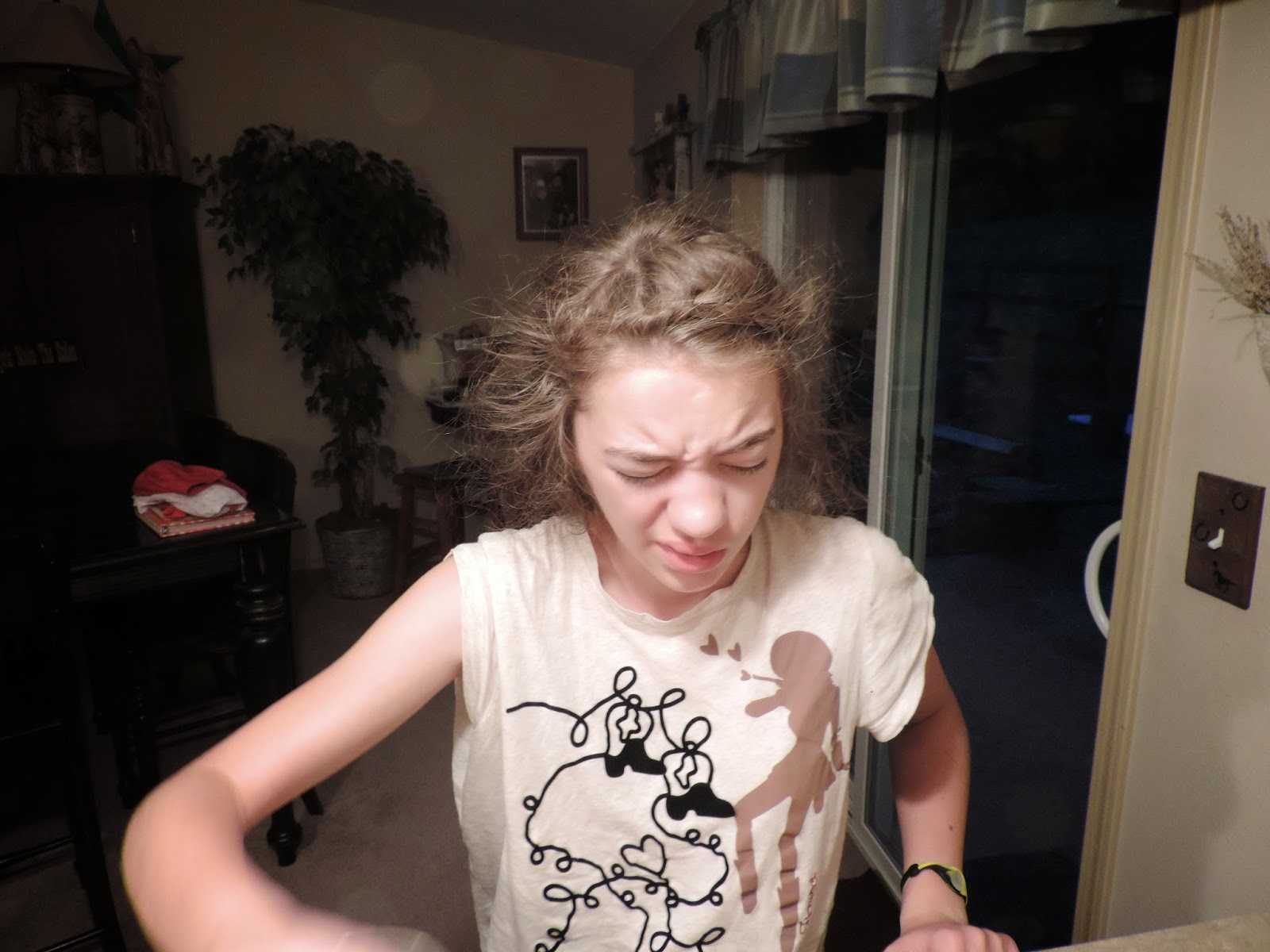 Yes, it was an early wake-up call. Brailey was a bit fuzzy, trying to eat her breakfast before it was even light outside. Britt and I couldn't help but giggle at her hair and face. She is mortified I put this on the blog, but is it not an adorable picture?! Brady loved this shot! She explained to me that she is a "morning person" only if she wakes up on her own, not if she is woken up. 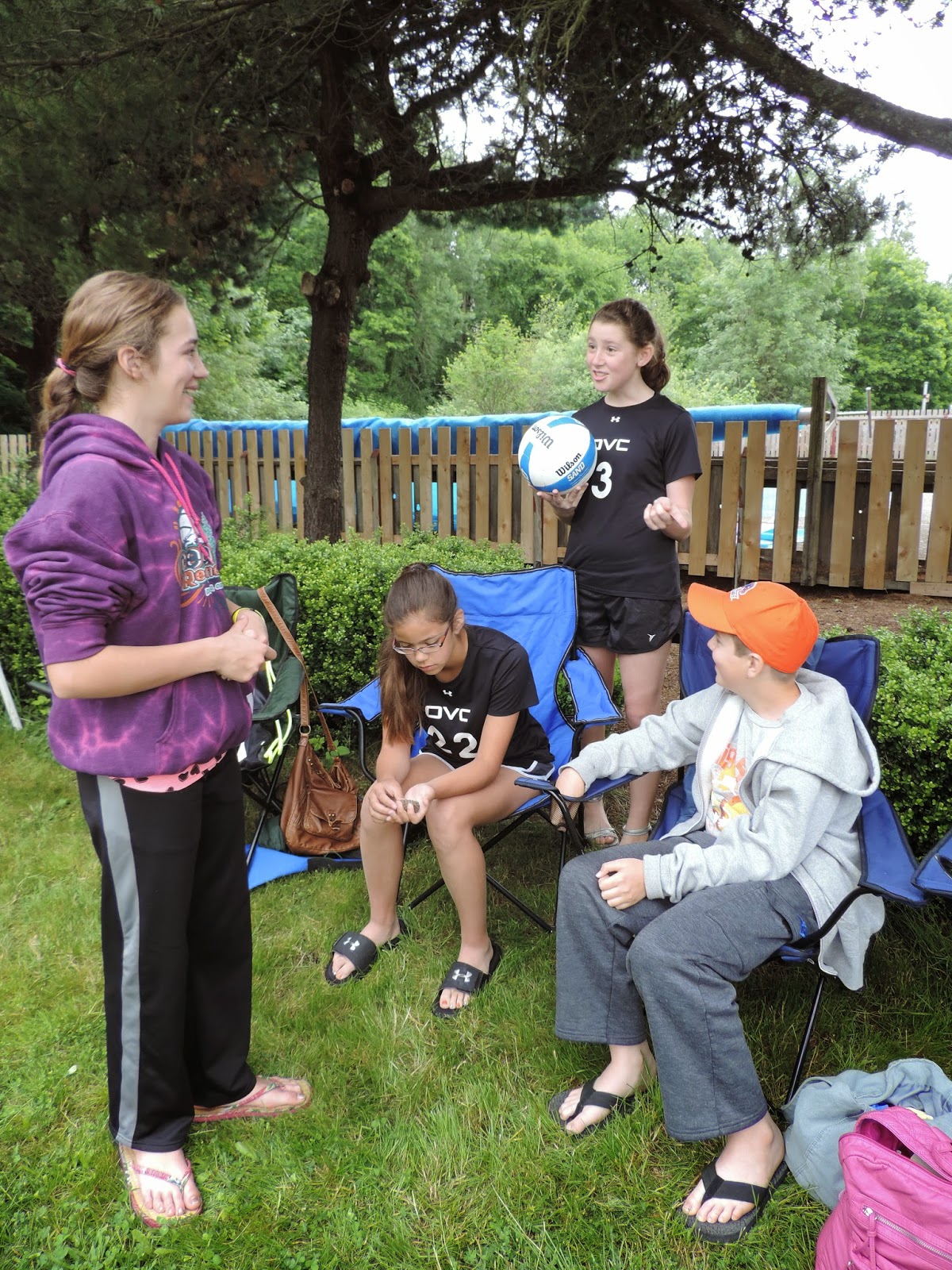 Okay, so maybe I over share - I've been thinking about that lately, and maybe you are sick of volleyball pictures. I've been thinking about this, wondering if I am crossing the line. But it is a blog, and I do want to make a book out of it, someday, which means I try to capture all the important moments in our lives... In any case, we arrived, barely! Our GPS gave us the wrong directions at the last turn, and we (and by "we," I mean ME!) were panicking, wondering how we would find the crazy place, but as you can see, we made it, and we weren't even late. 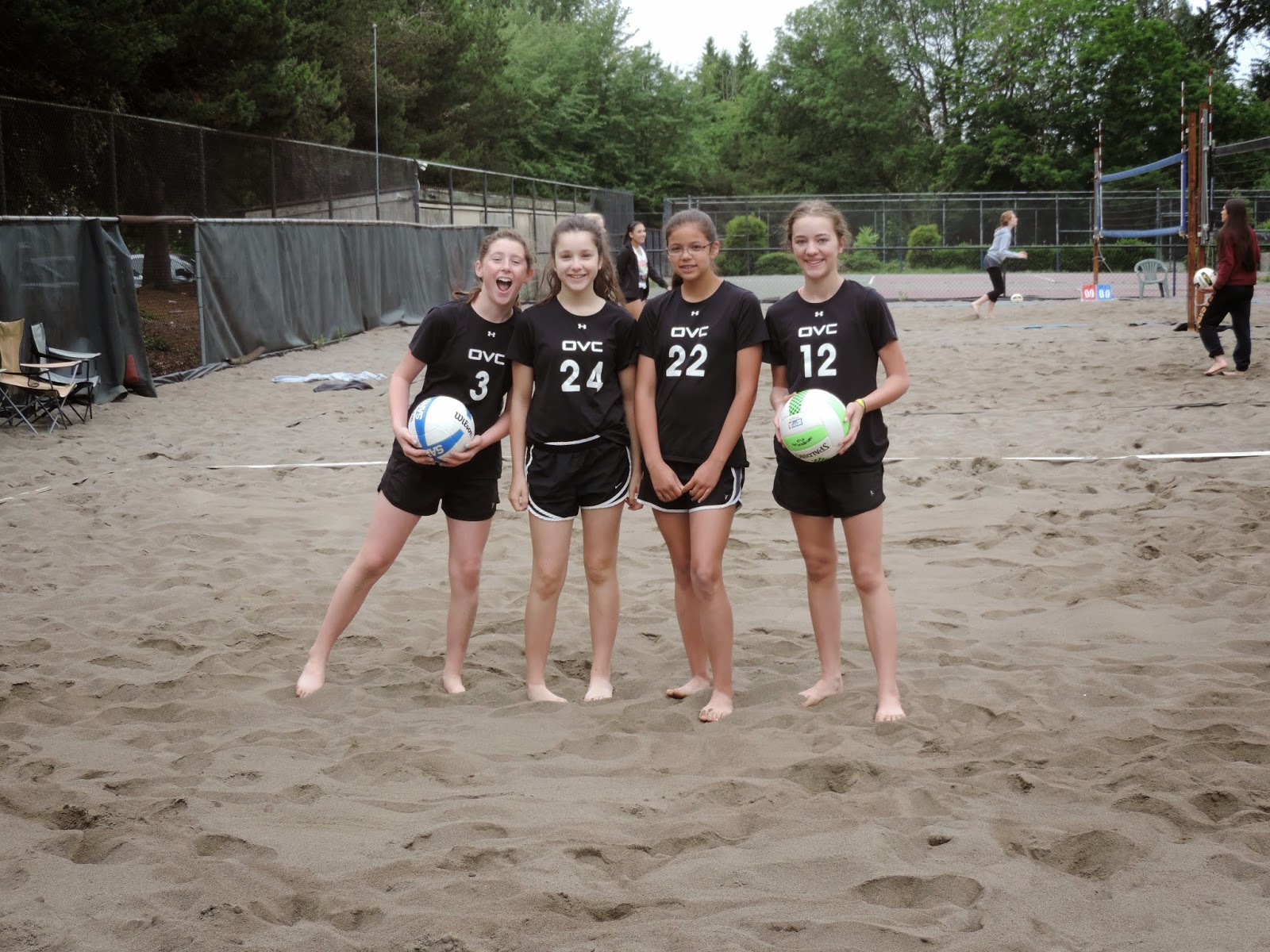 Our "before" picture... I wasn't able to get an "after" shot due to some tired and grumpy girls, but at least we have this one! They got to play doubles, since there was only one other quad team, and then at the end, they played as quads. It was a GREAT day of playing for each of them, and I think the parents had as much fun as the girls. 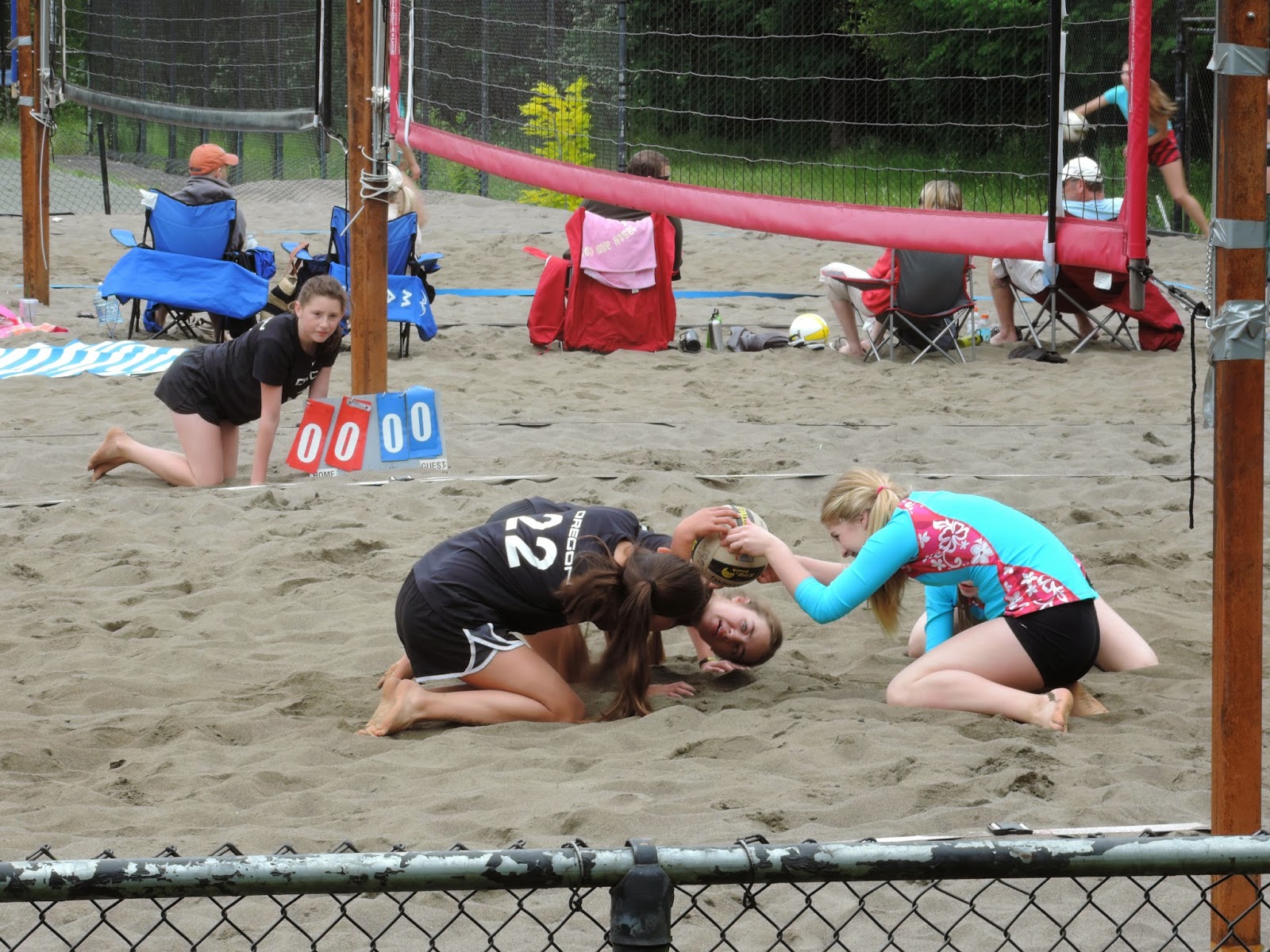 They had to spin the ball to see who got the first serve. Whichever side the little spot where you fill the ball with air is pointing to goes first. 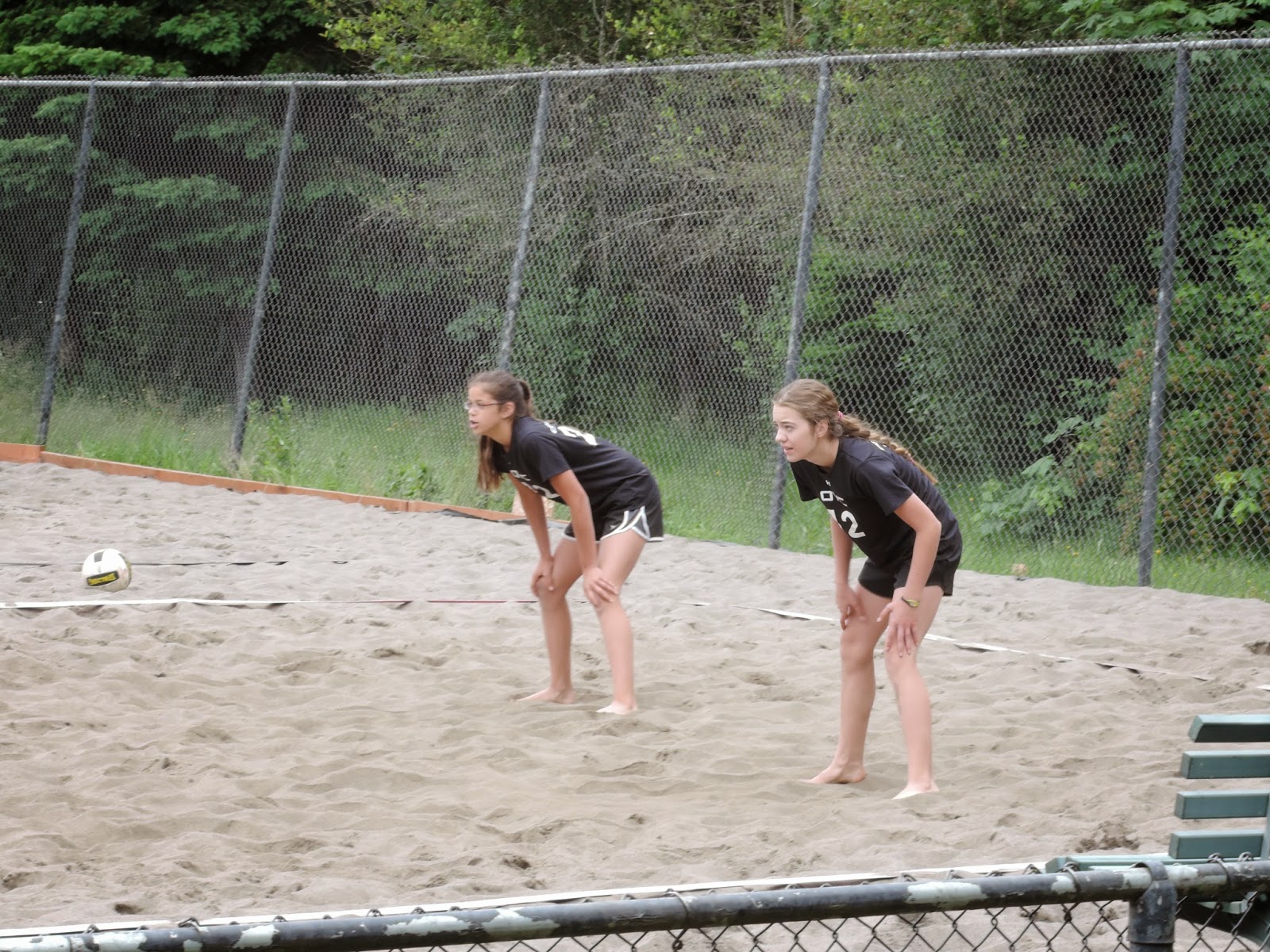 Brailey and Lexi were a doubles team, and they did so awesome! They were talking to each other and moving around and they really work well together. They were a great team! 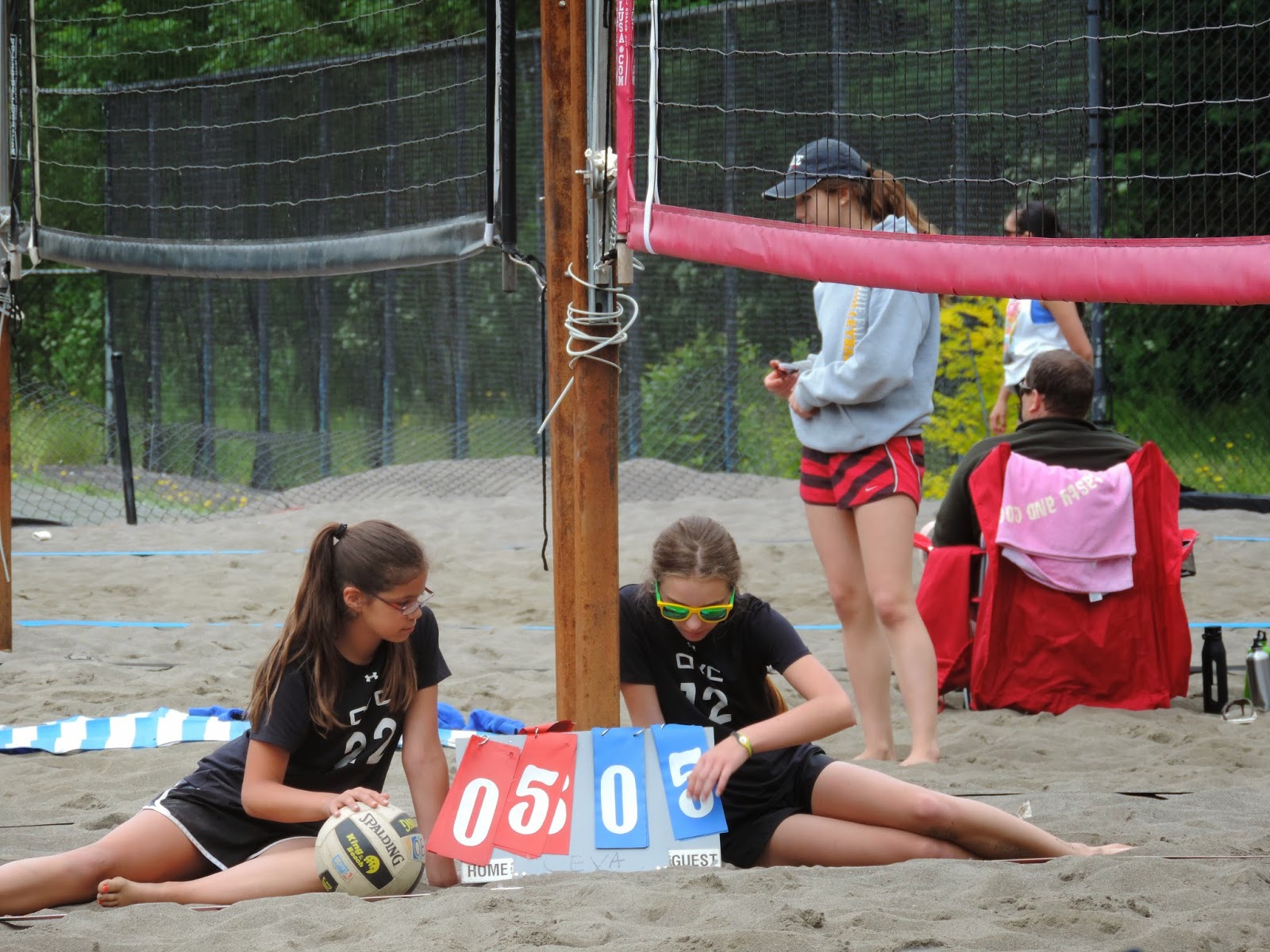 The score keeping was a bit of a challenge to begin with, because it had to be flipped every 7 points when they changed sides. YIKES! But with help and encouragement from the parents on the sidelines, it all worked out. Brailey and Lexi did a great job! 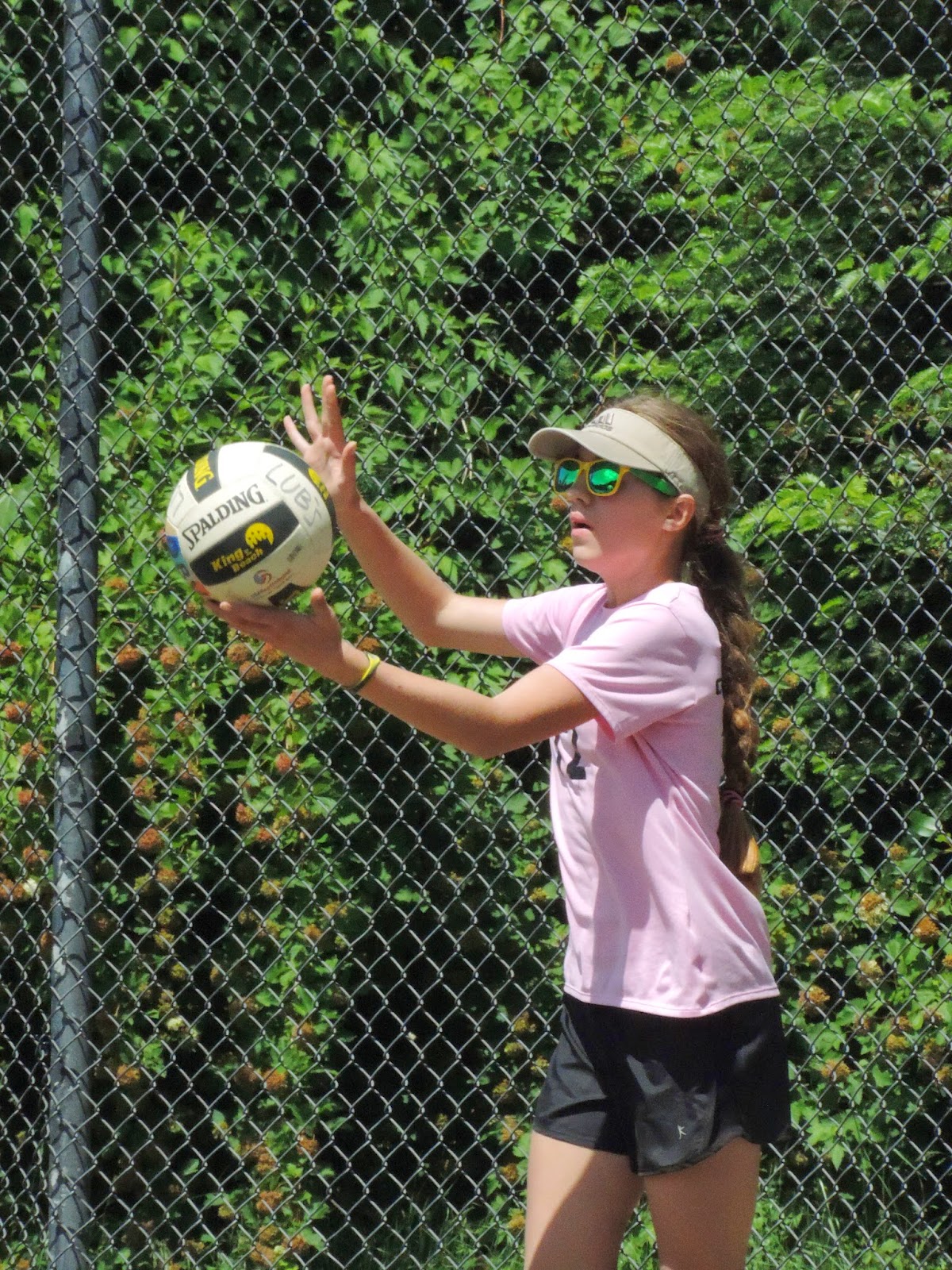 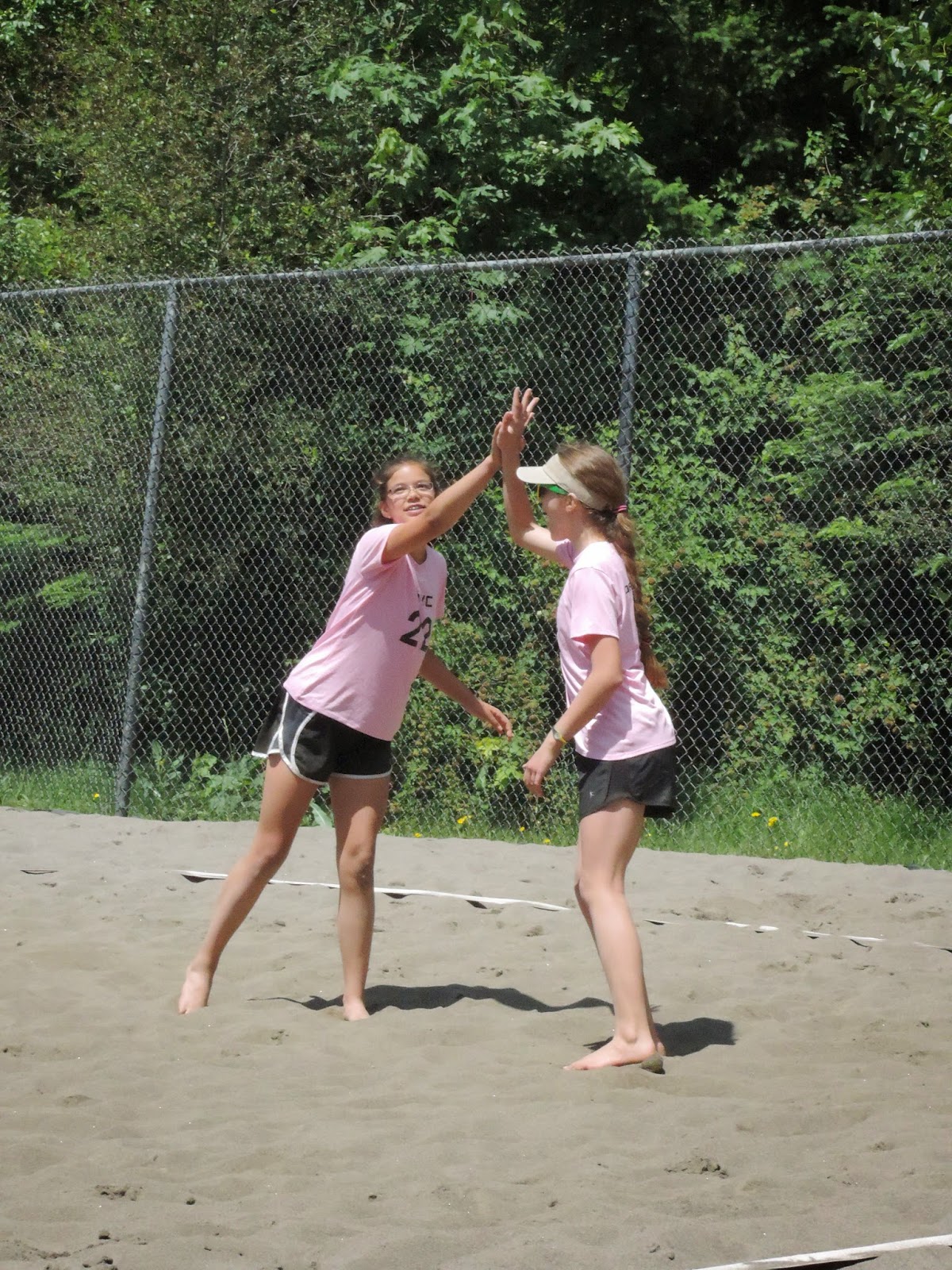 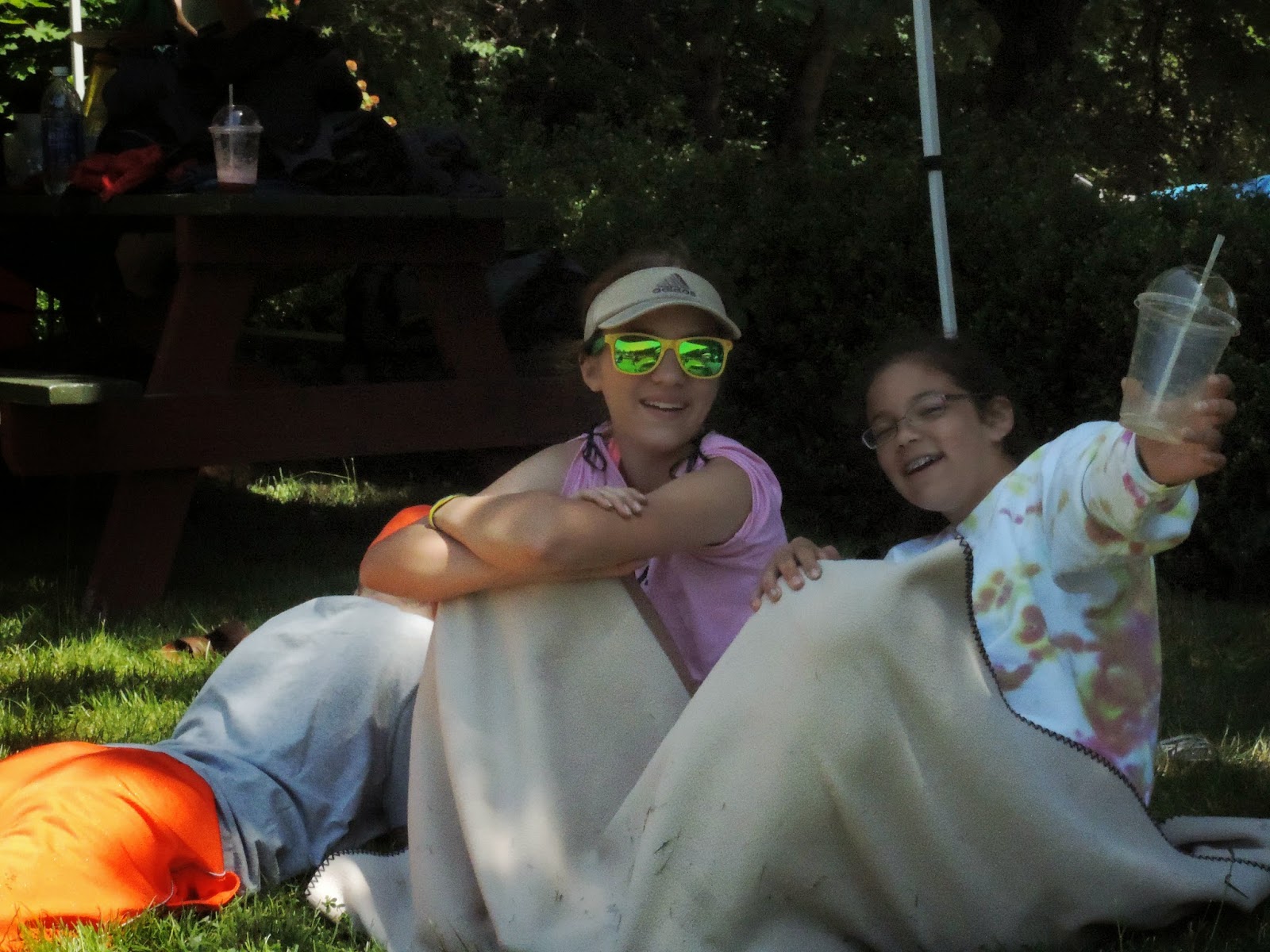 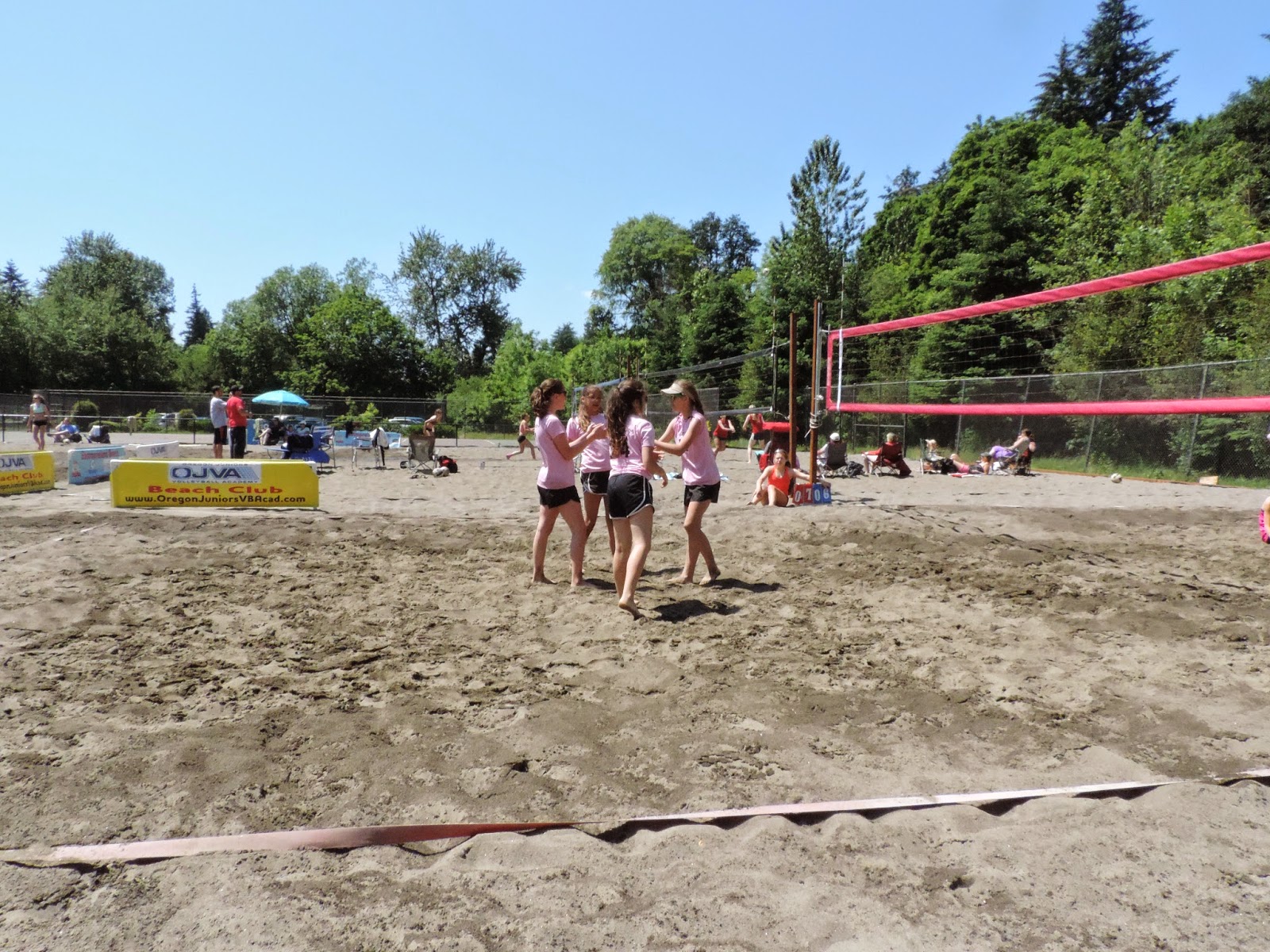 From doubles play to quads play... 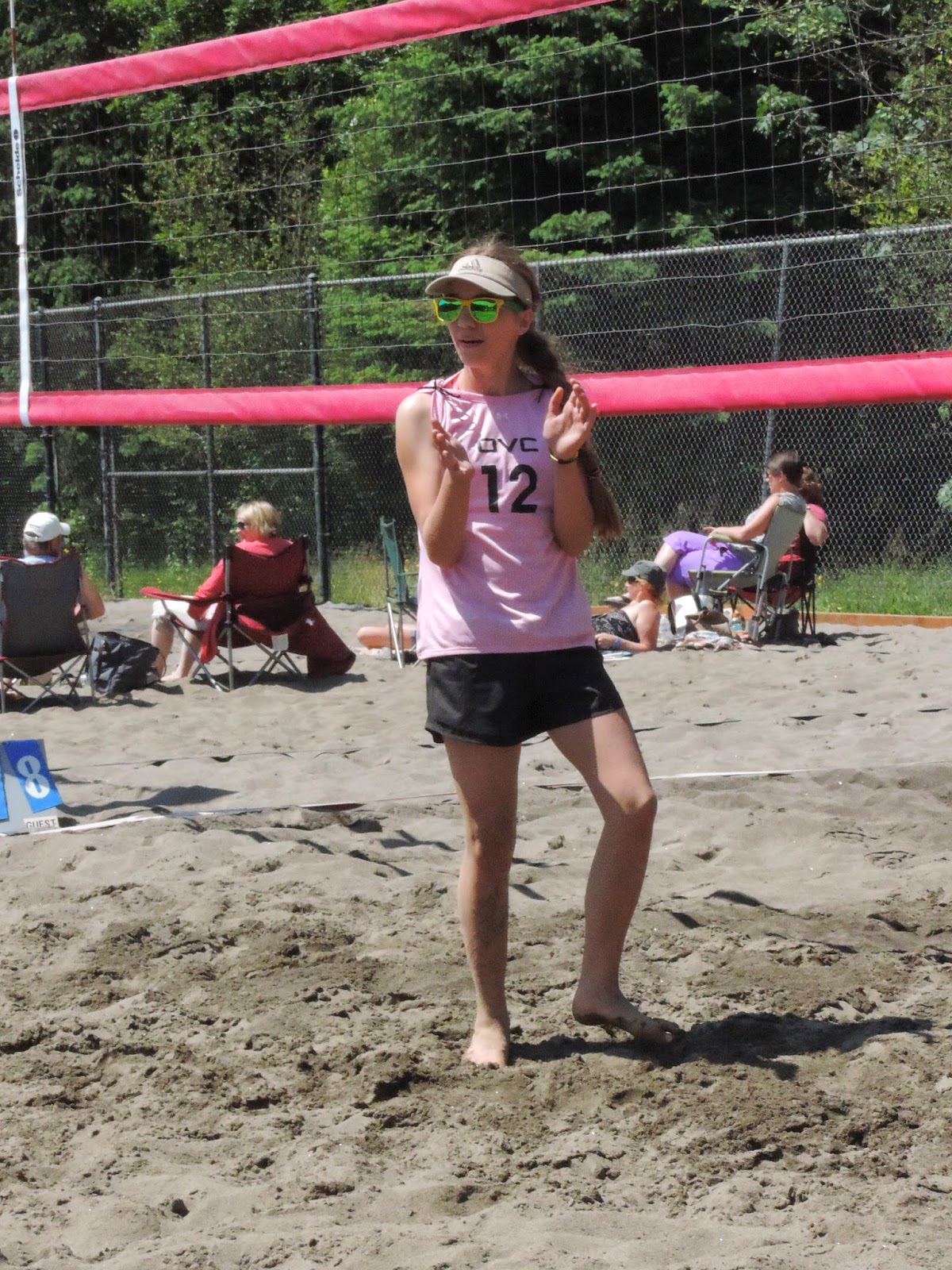 After the other girls wouldn't allow me to take their picture, my little B's came to the rescue and let me take theirs. Brailey said, "You can take my picture, Mom." And then Britt said, "You can take mine, too!" They saw that my feelings were hurt - they are such sweet, perceptive kiddos, bless their little hearts! Britt was a perfect spectator all day long, and near the end of the tournament, he found a great spot to play in the sand. It worked out really well timing-wise for us to meet up with Brady, also. He spent the day driving back from Canada, and he was just pulling into Portland as we were leaving the facility, and so we were able to meet up with him for a late lunch/early dinner. It was so great to see him and to talk about our weekends, his in Canada, ours at home and in Portland. We weren't able to talk to him while he was across the border, due to the international phone rates. Britt was thrilled to get to ride home with his dad. Like I said, the timing was perfect! I love it when life happens like that...! 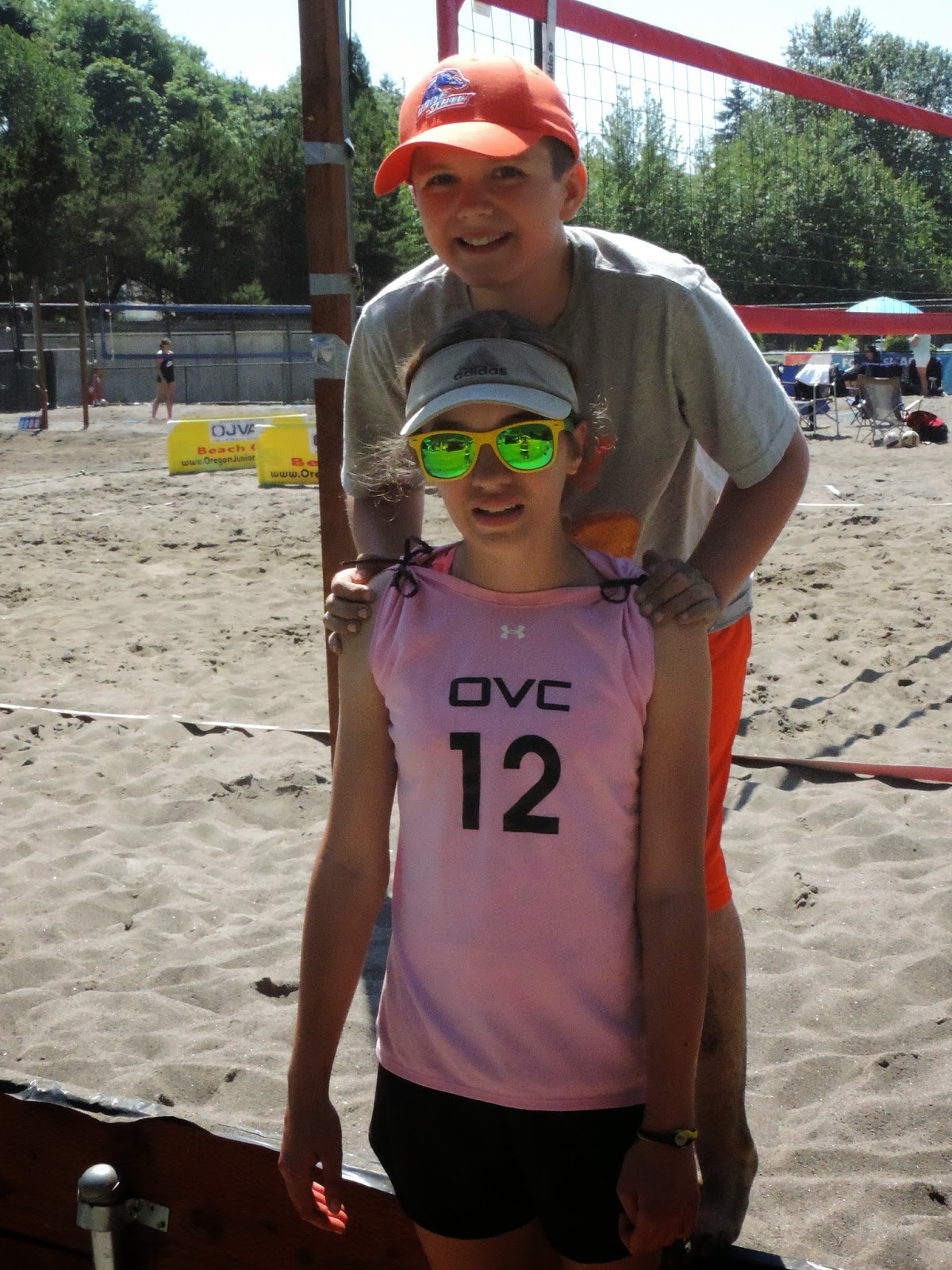