4th of July in Pendleton 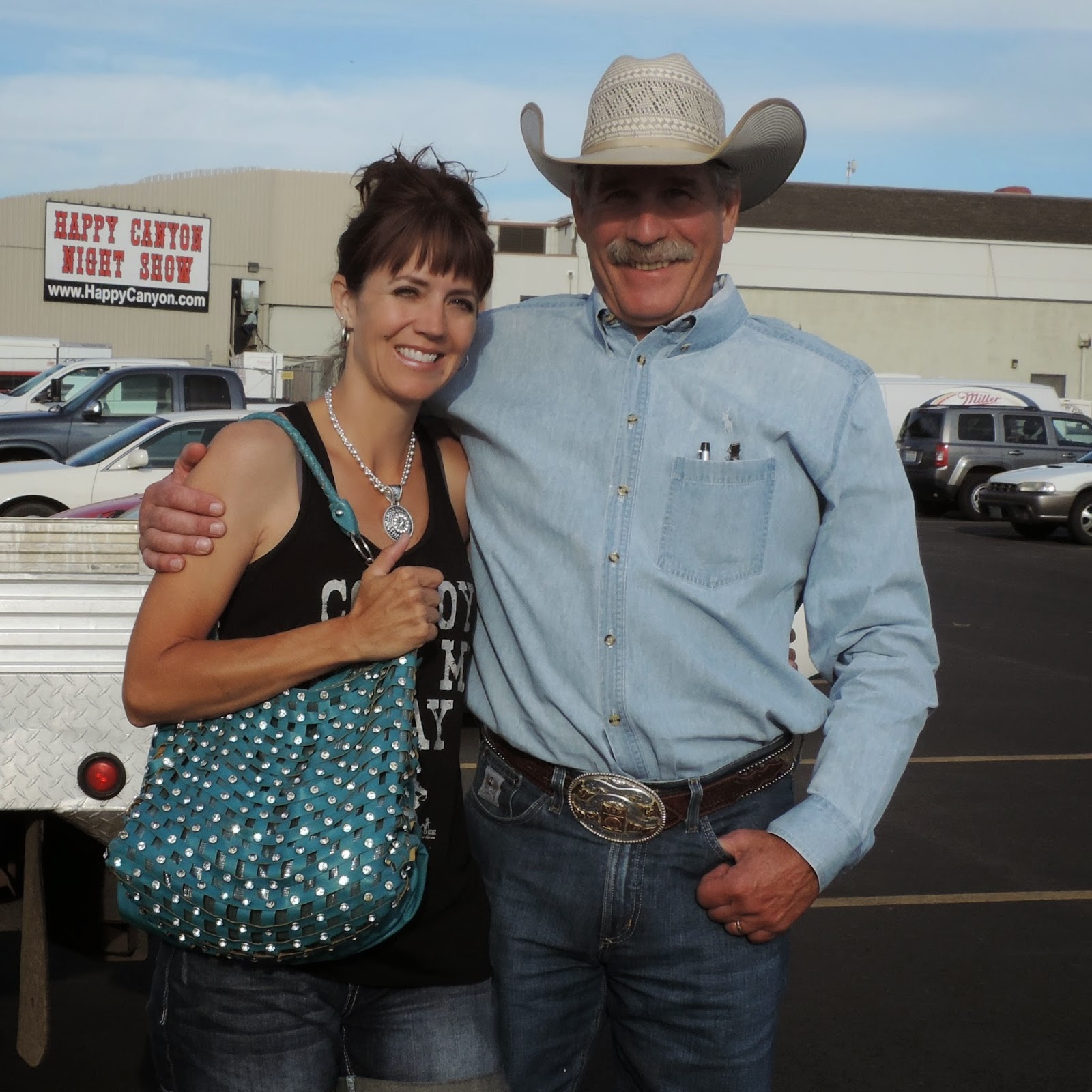 Some would say they were "footloose and fancy free," but Brady and I were kidless and lonley last week. HOWEVER, we still managed to have a great time in Pendleton over the 4th of July weekend. How can anyone NOT have fun in Let'er Buckville?! Here are some fun pictures from our adventure. 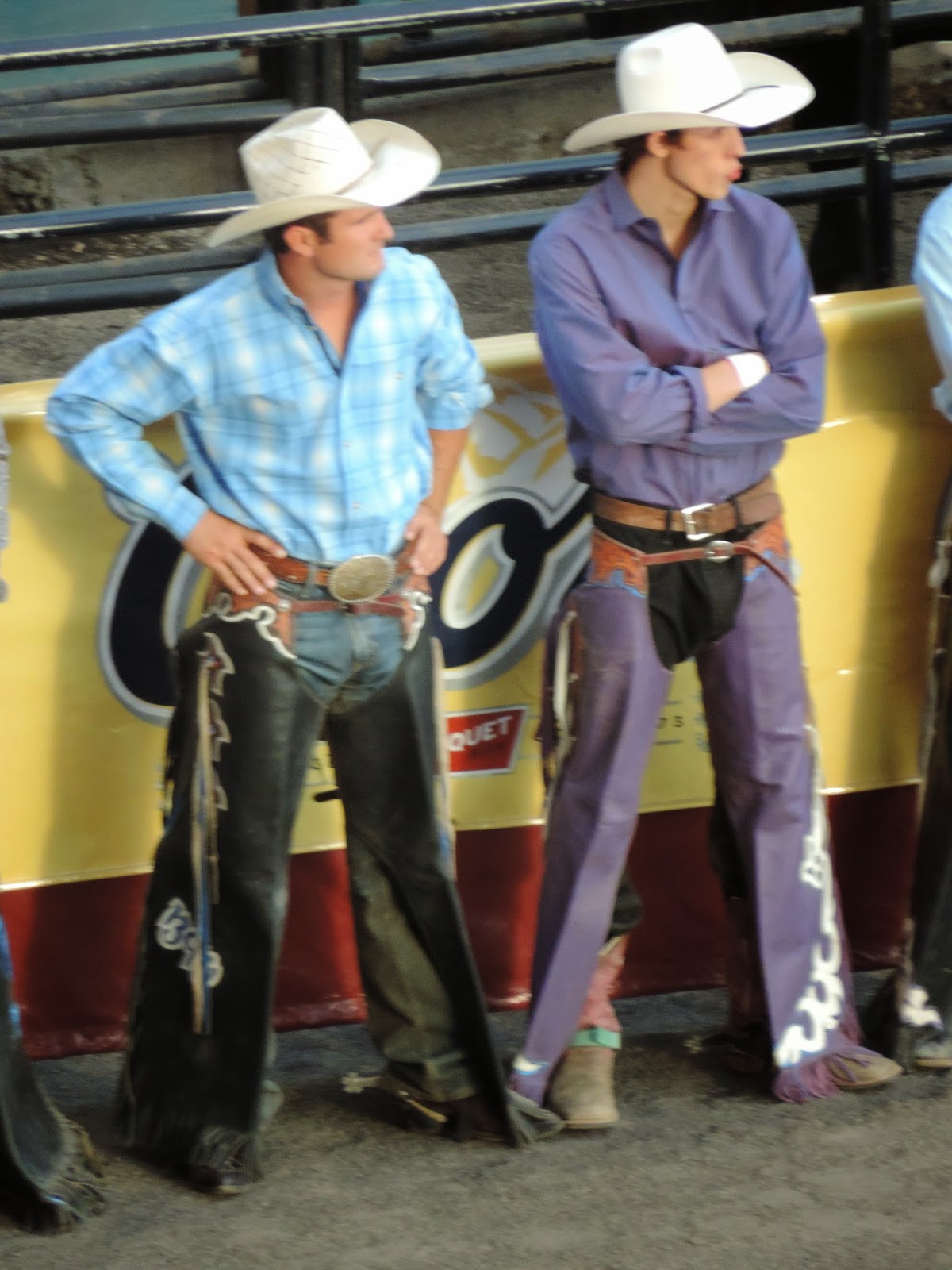 Above, our dear friend Cody Ford. I got to meet his fiance, Elyse, and she is wonderful! (I'm in love with her, too, Cody!) Below is the PBR super star, Ben Jones - sadly, he was seriously injured on the first night of the show (2 day event). My niece works in the ER at the hospital in Pendleton, and she assisted him when he came in. She said it was a busy, exciting night of work! 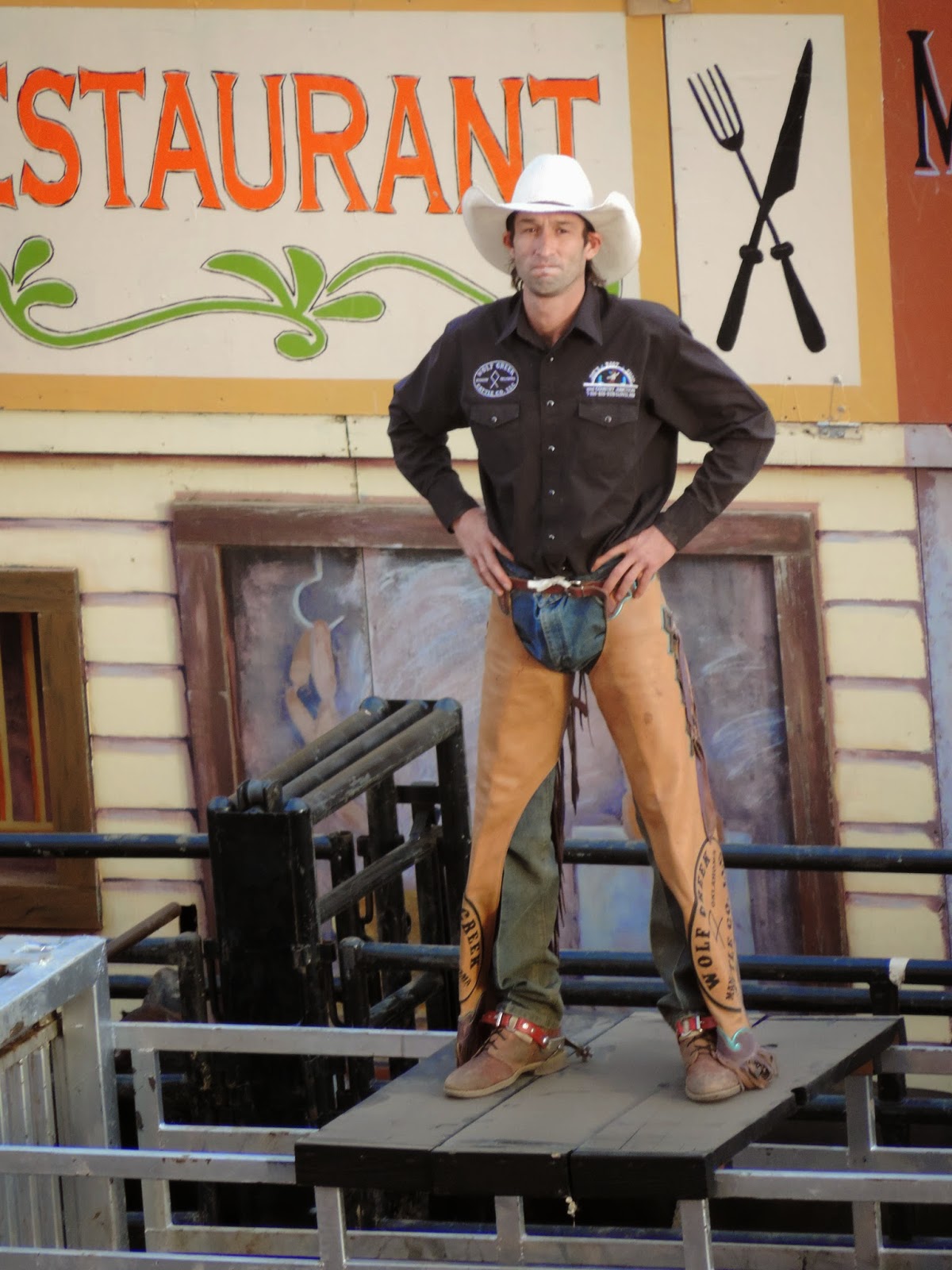 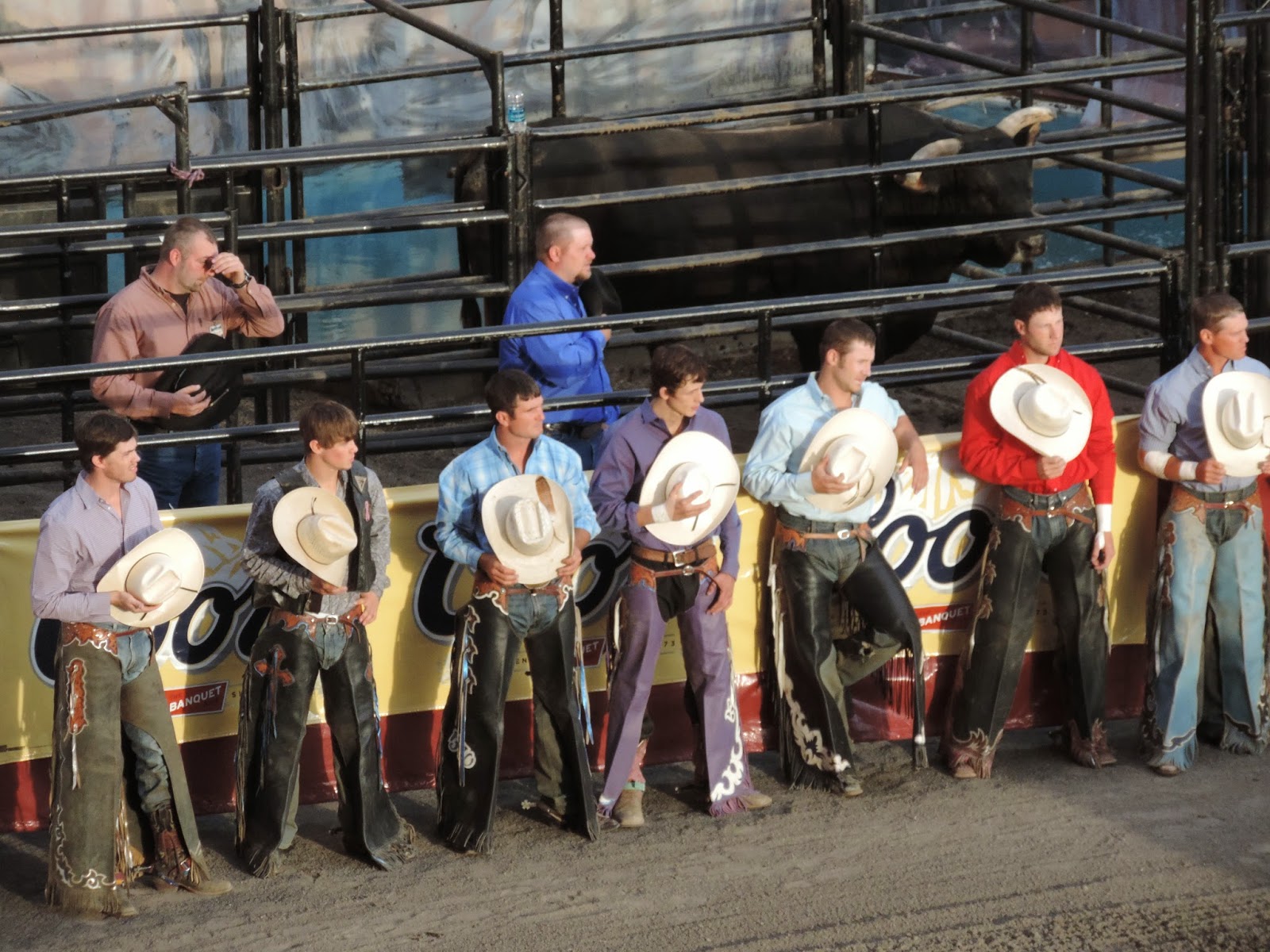 I love how patriotic cowboys are - an example to all of us! 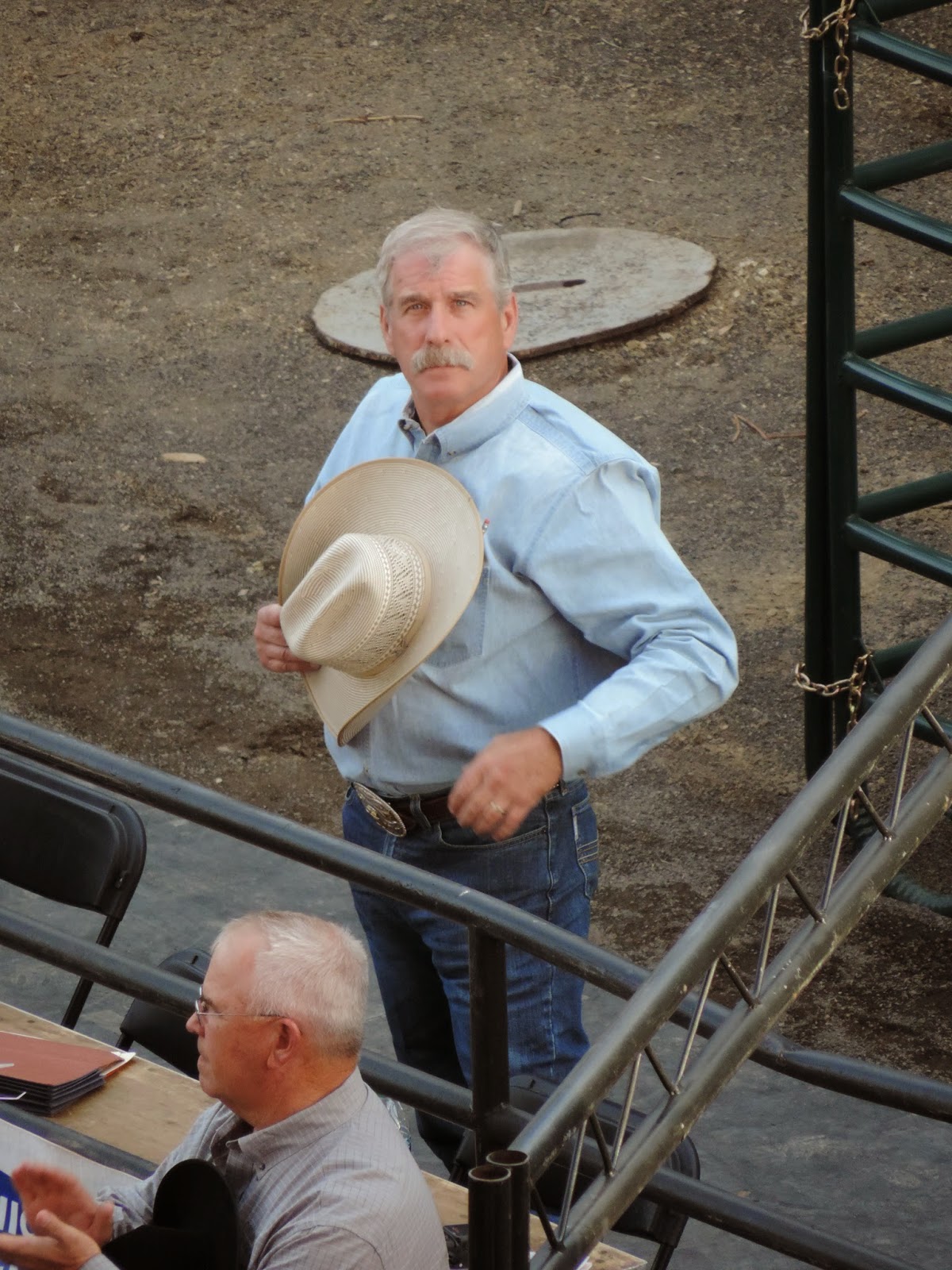 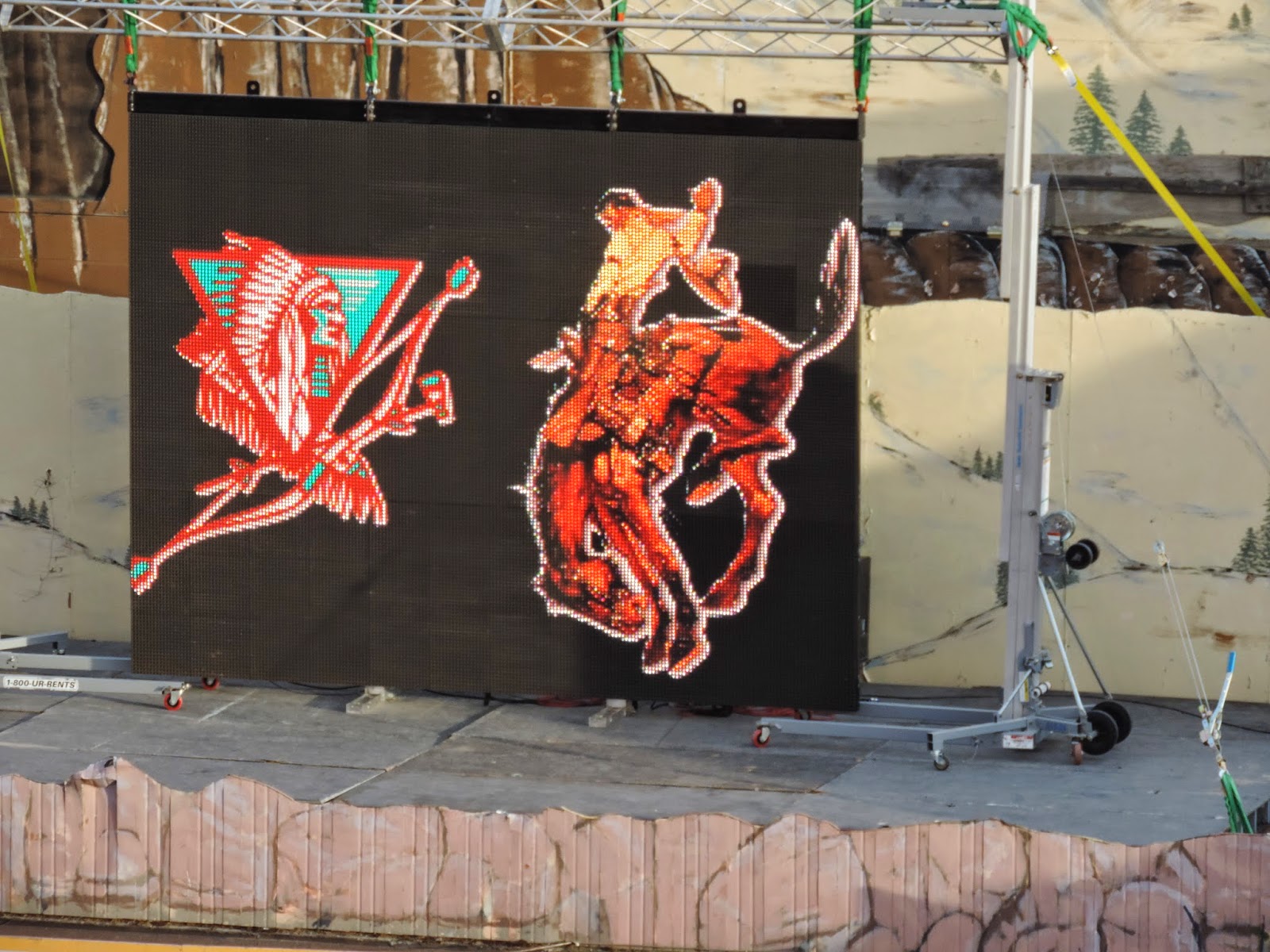 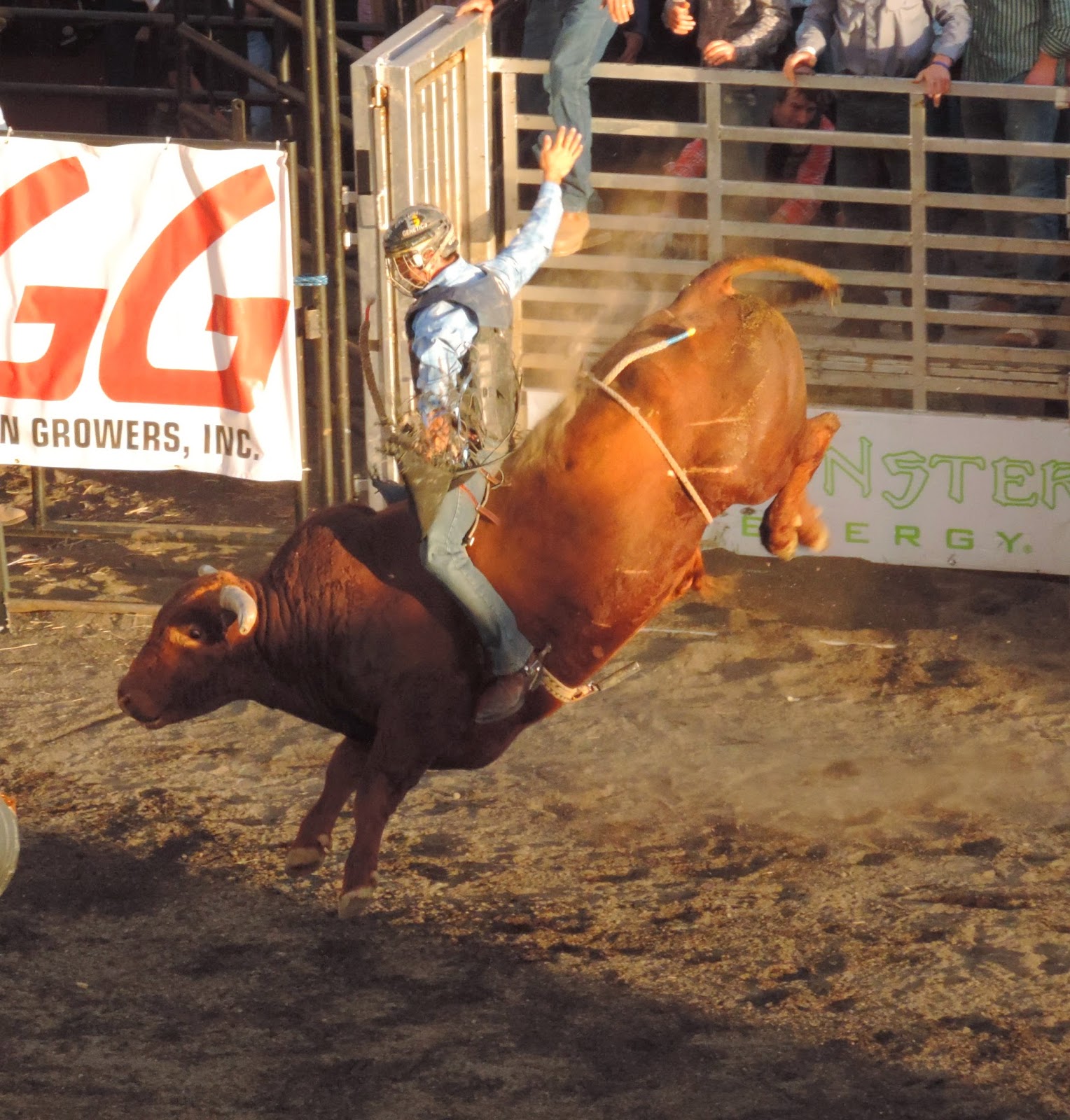 Cody riding his bull the first night. He didn't make the whistle, darn it, but I still think this is a good picture. He's always a rock star in our books! 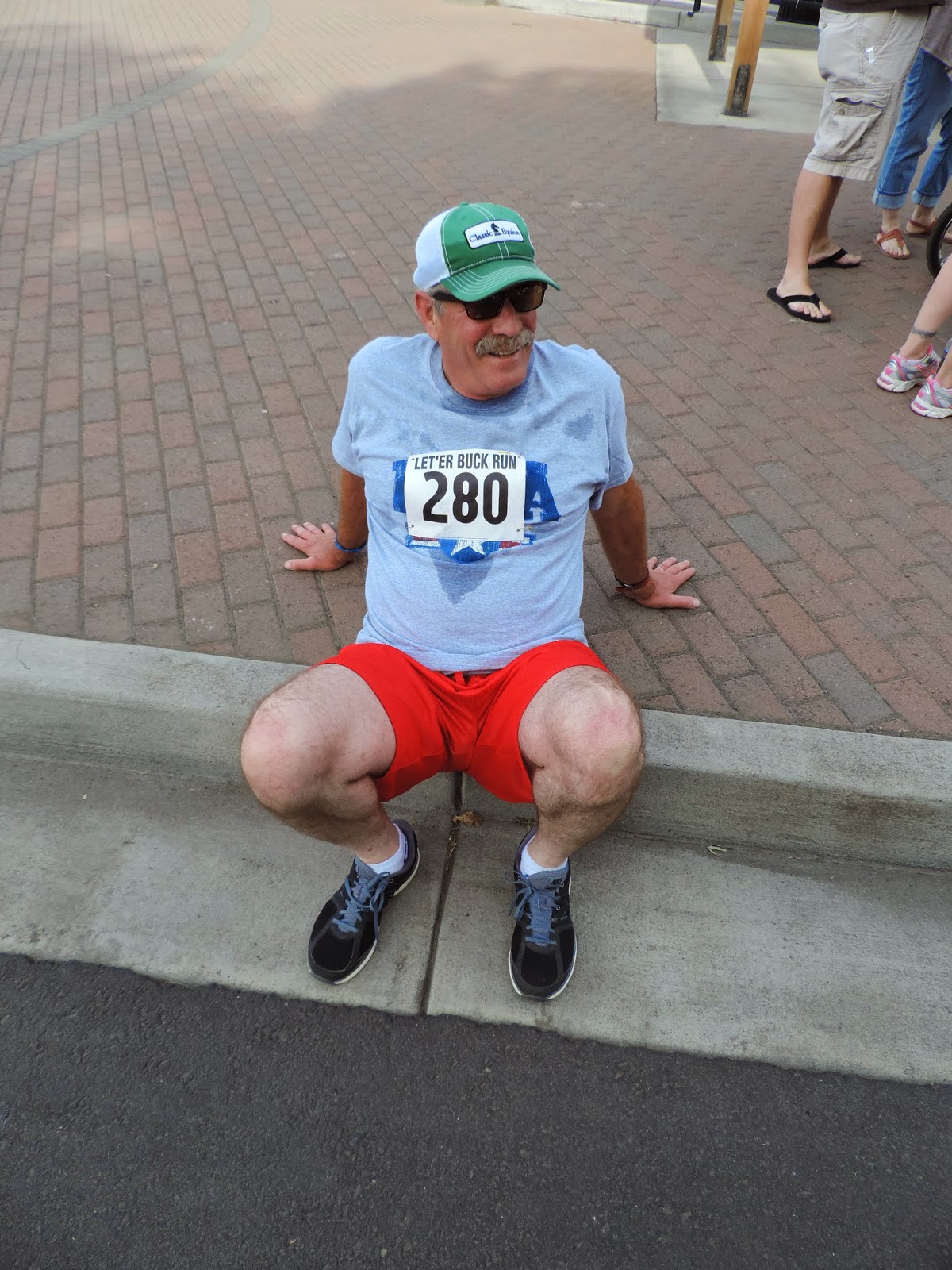 On the actual 4th of July, Brady and I got up early after a very late night (he had to do the draw after the first perf) and ran the Let'er Buck 5K. It was so much fun! Brady was a CHAMPION! He won third in his age group. Me? I didn't place, but I ran a personal best and loved every second of it. I can't wait for next year! 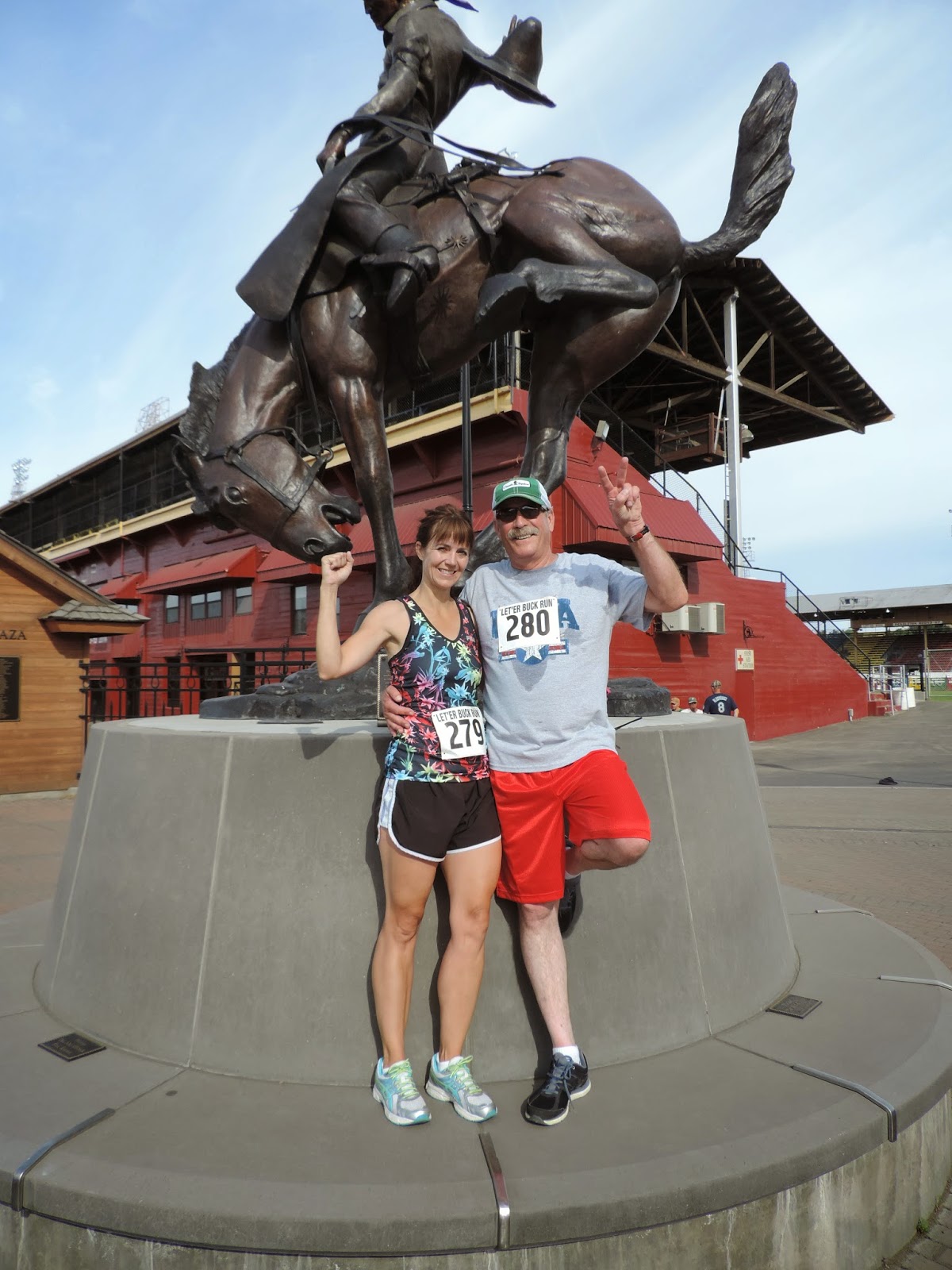 Celebrating our finish - we did it! 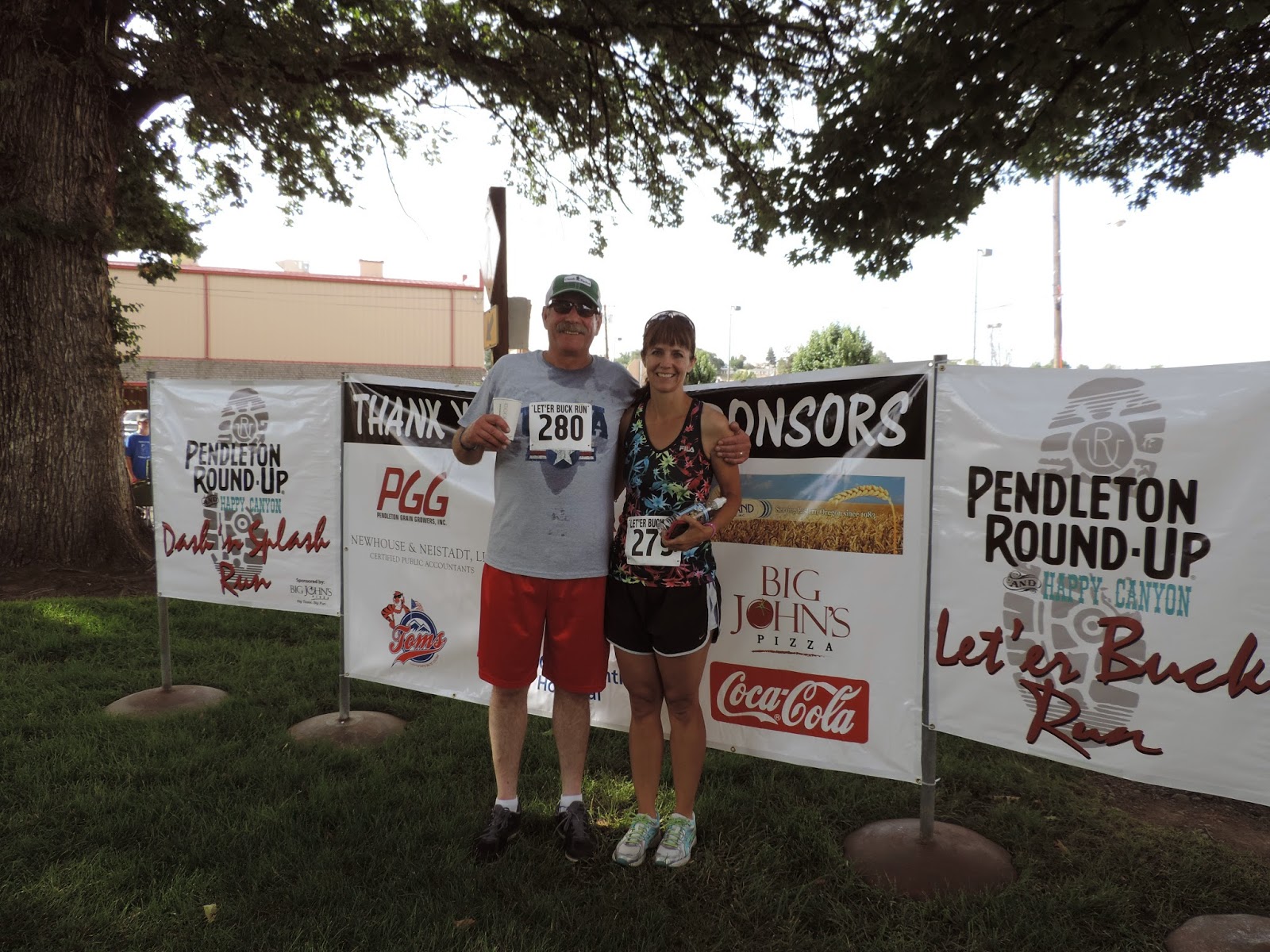 Brady was so surprised to have won a medal! It was great! 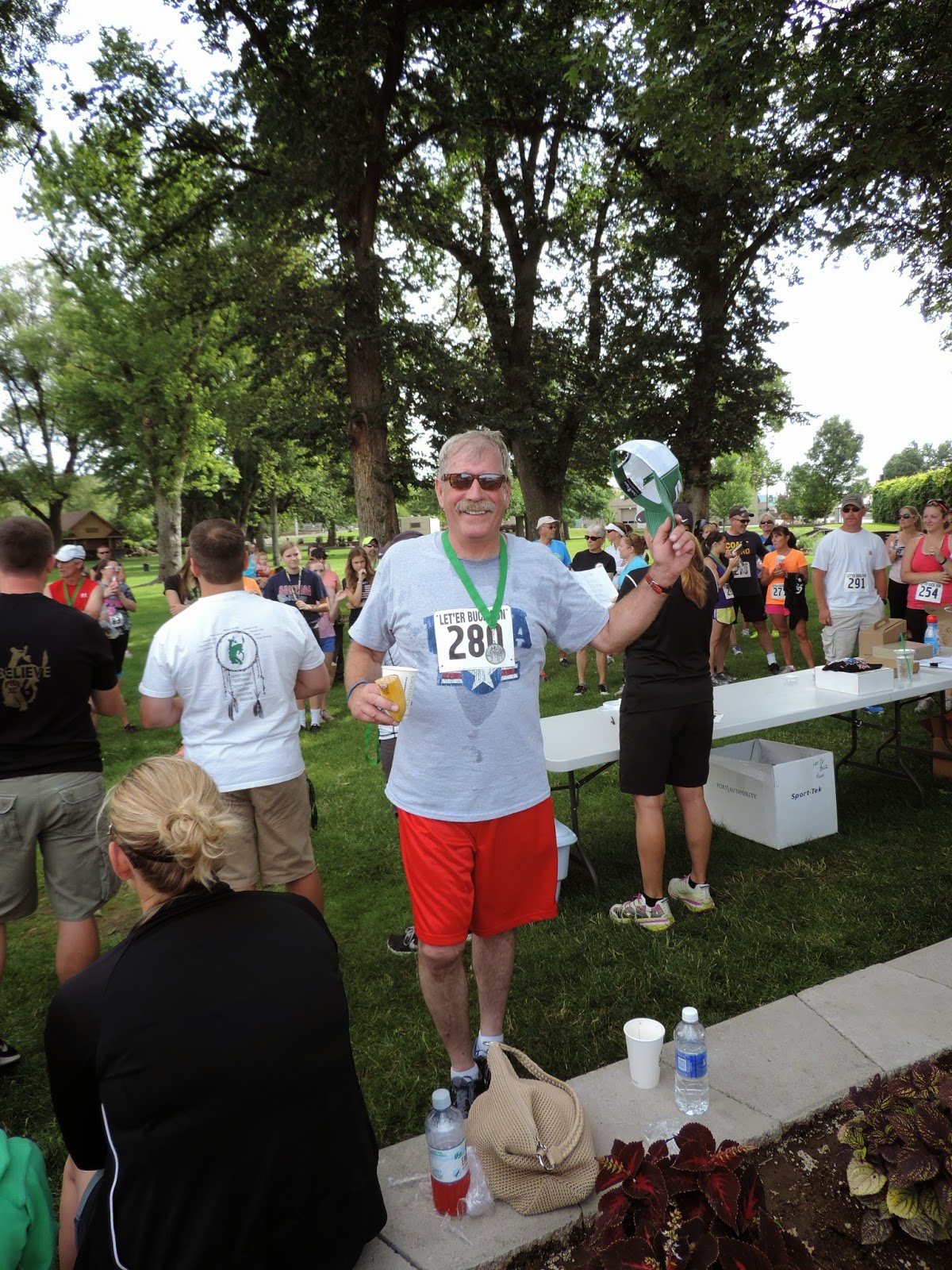 Look at that smile... After he finished this race, he said he is now retired. Ha! 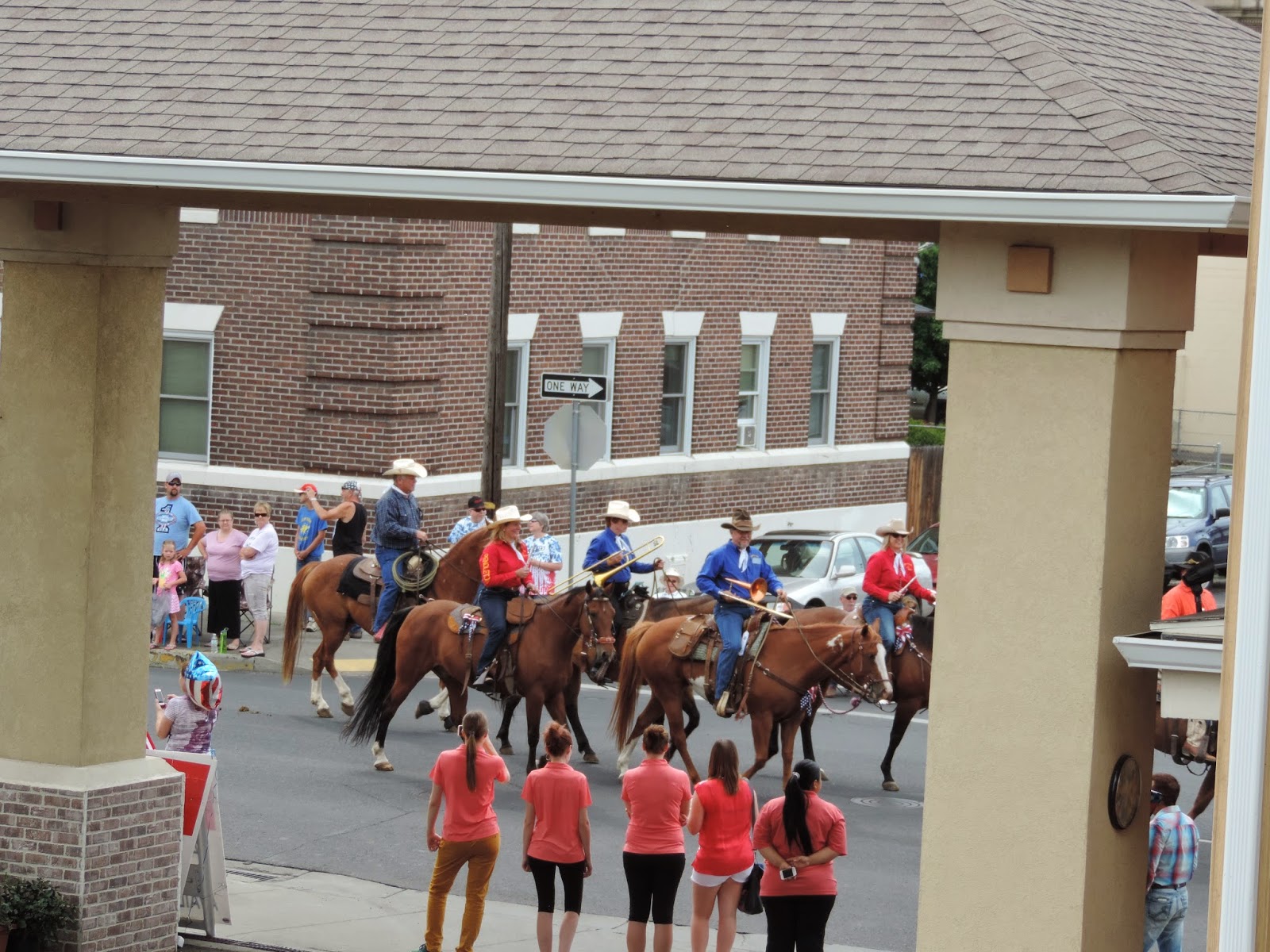 The parade was impressive, as always. We could see it from our motel - here is the end of the Mounted Let'er Buck Band. They actually play their instruments off their horses and sound fantastic. I love it! 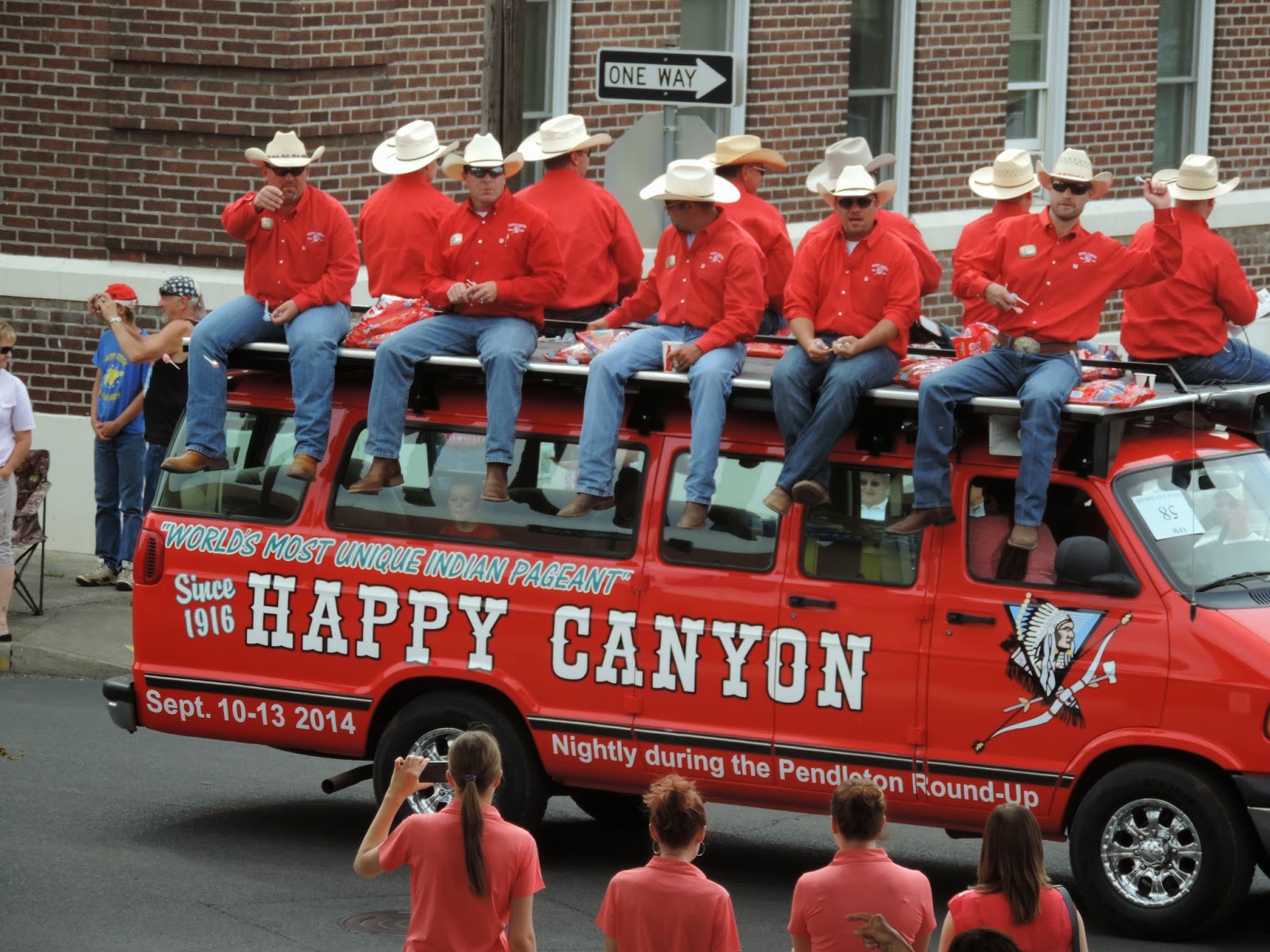 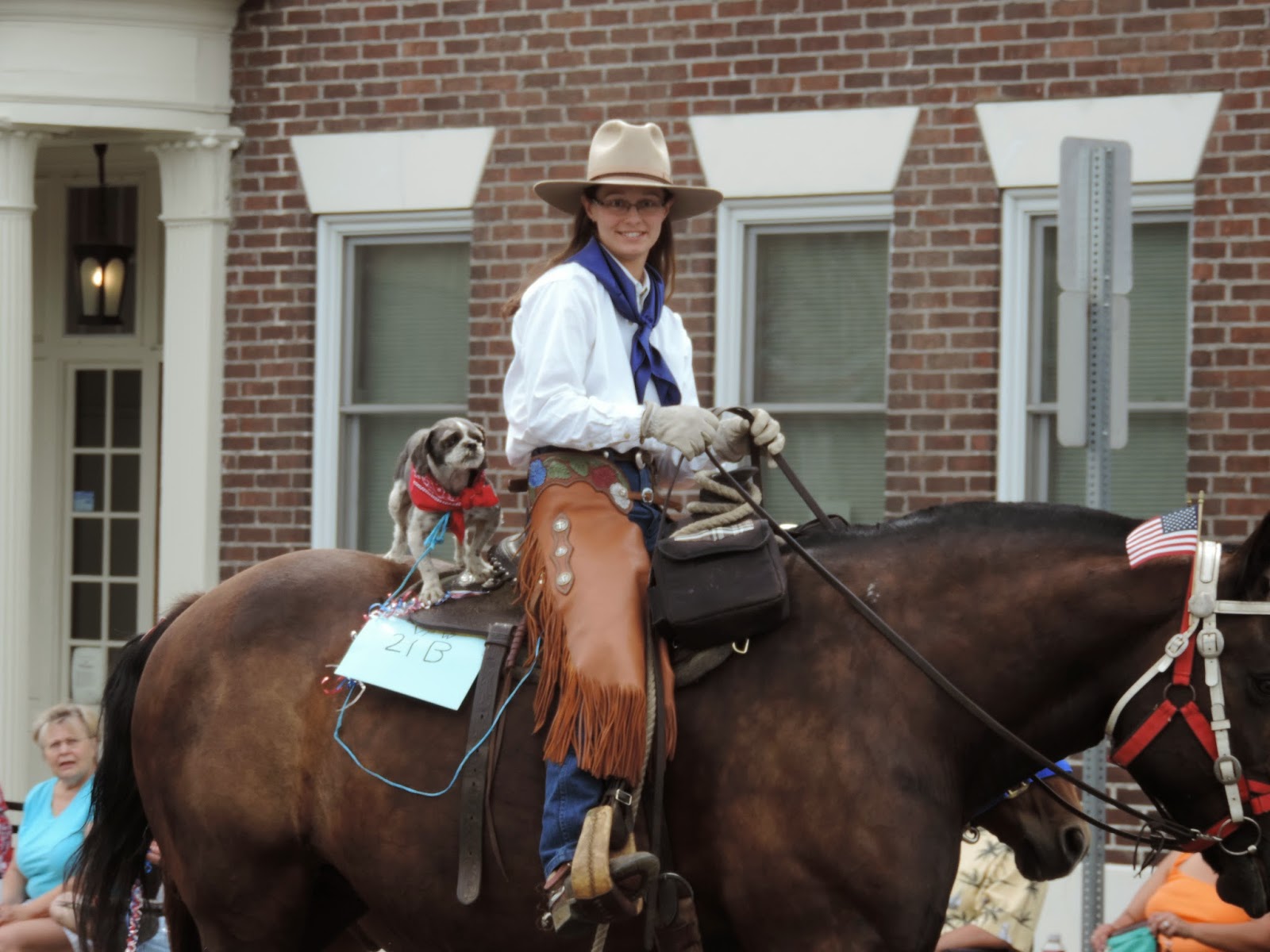 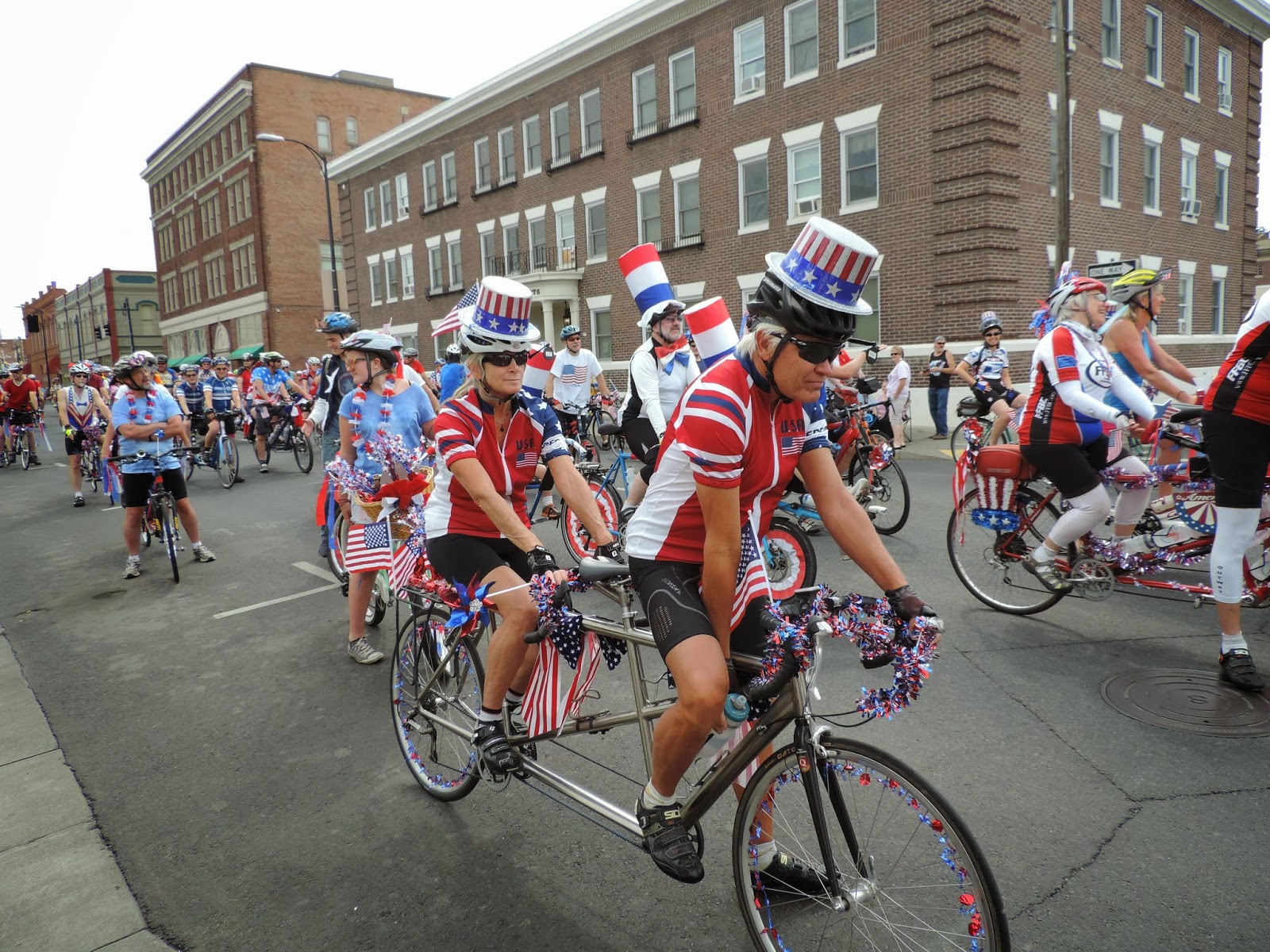 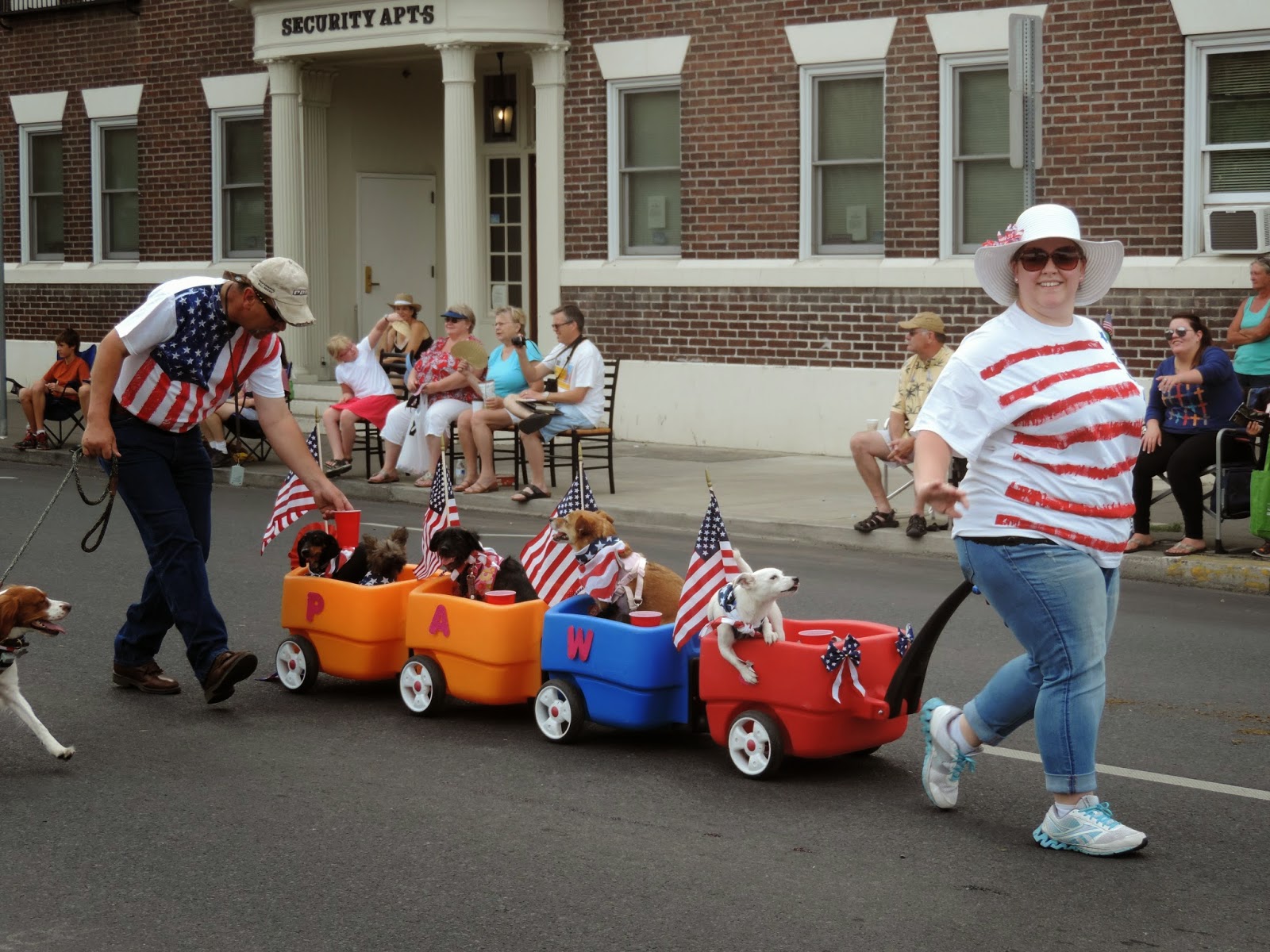 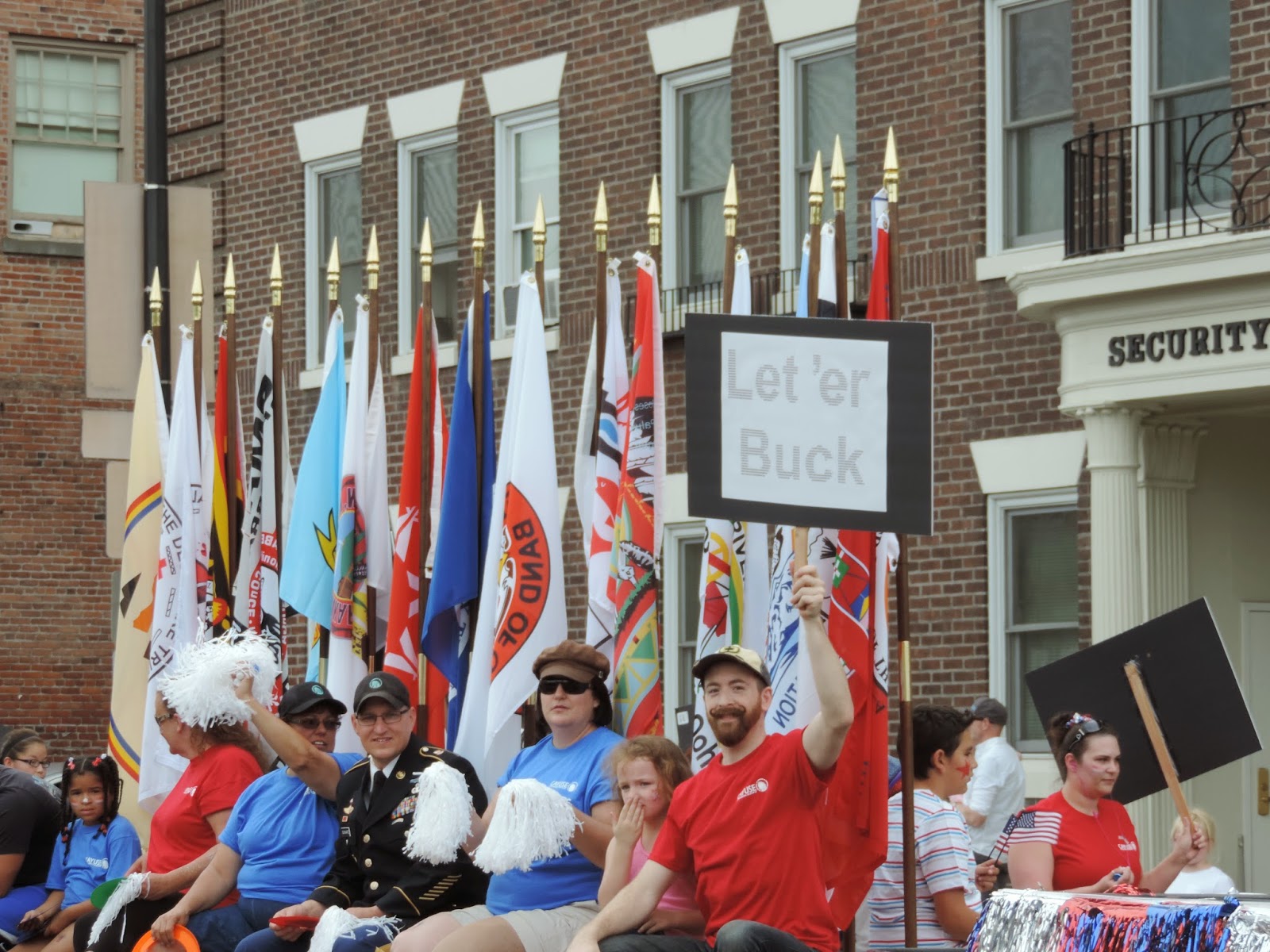 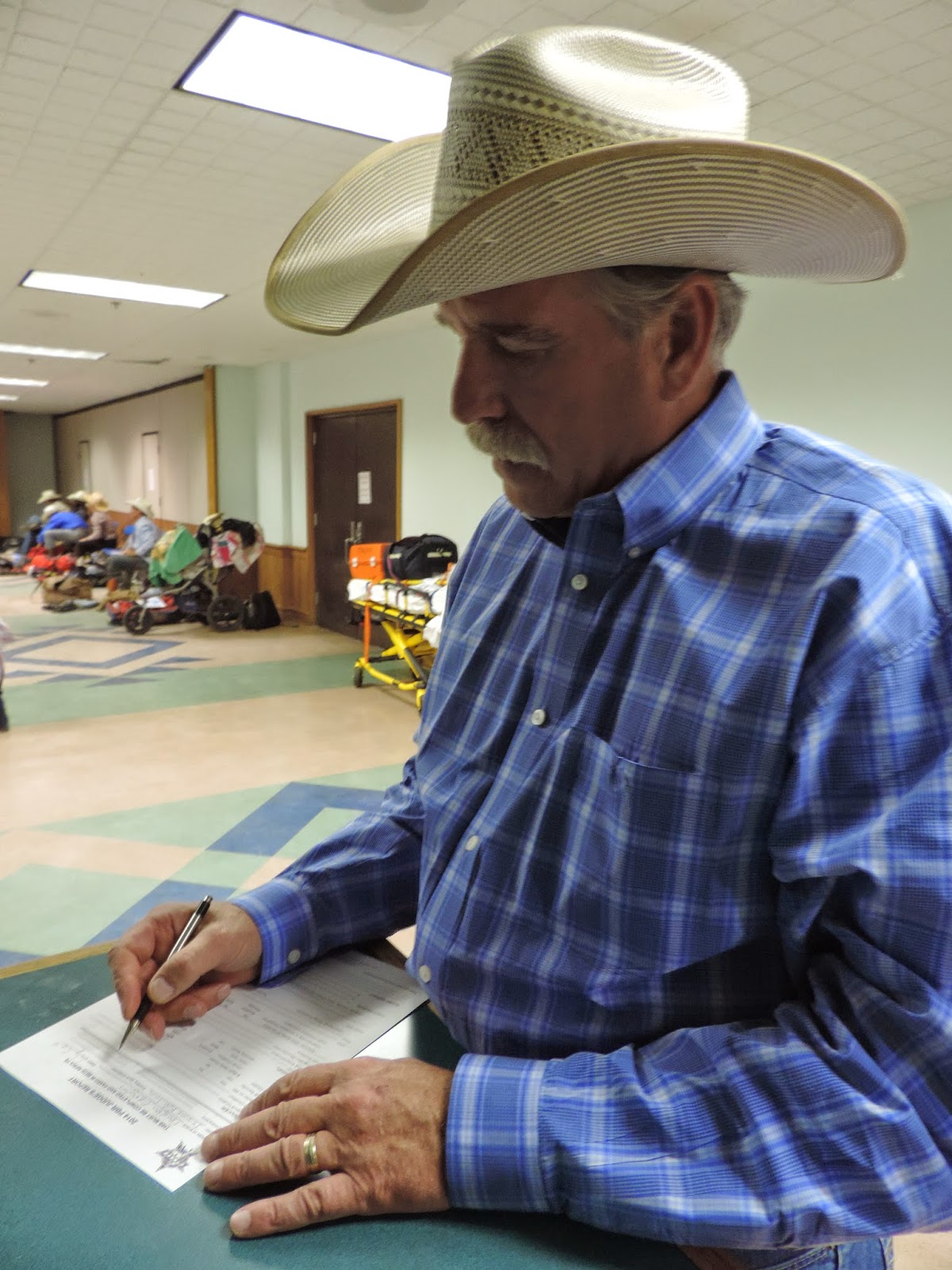 The handsome PBR judge - and the "Champion Runner!" 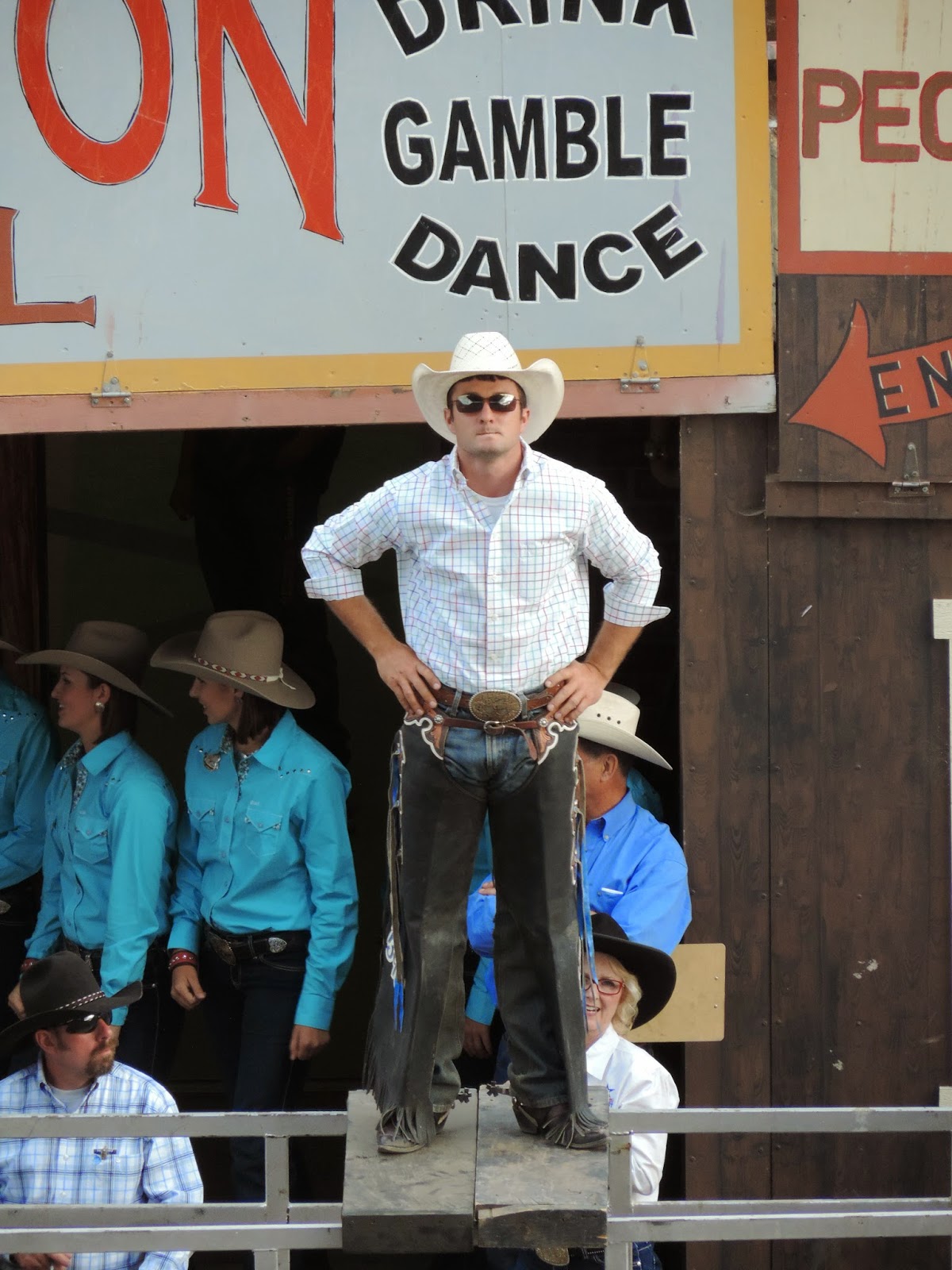 Cody was one of the main attractions of the show on the 4th, so he got a special introduction. He's a cool cat, that one. 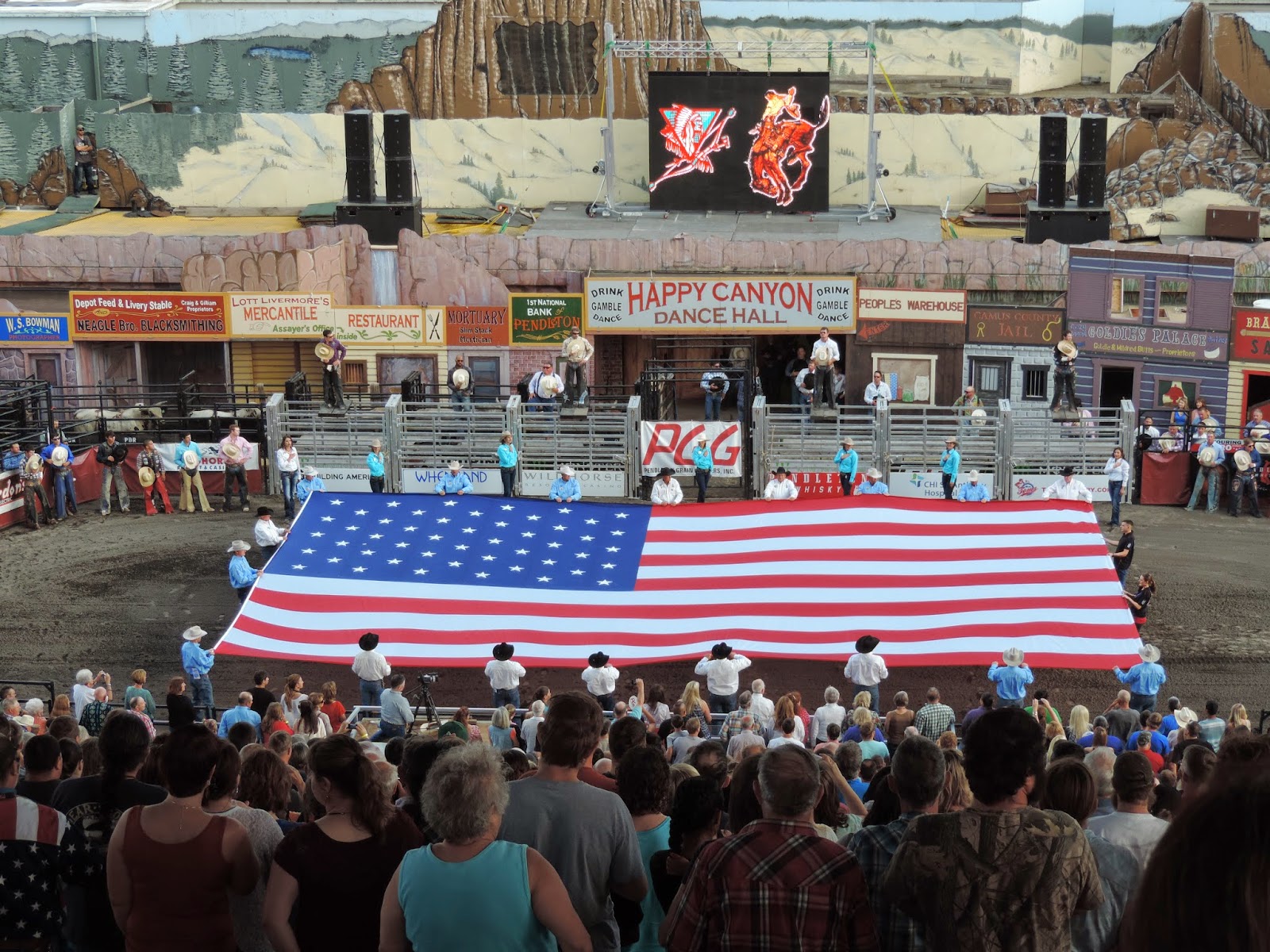 A beautiful sight to behold - Old Glory. And below, they had a super fun, really cute and very nicely executed Flash/Mob Dance. They taught the clown right before the show, and he had the moves down perfectly. It was really good! All in all, it was a great week full of lots of fun, even though we did really miss our babies. They were having their own fun, but they both said the same thing - their fireworks shows weren't anything compared to Pendleton's. Pendleton, as always, rocked! 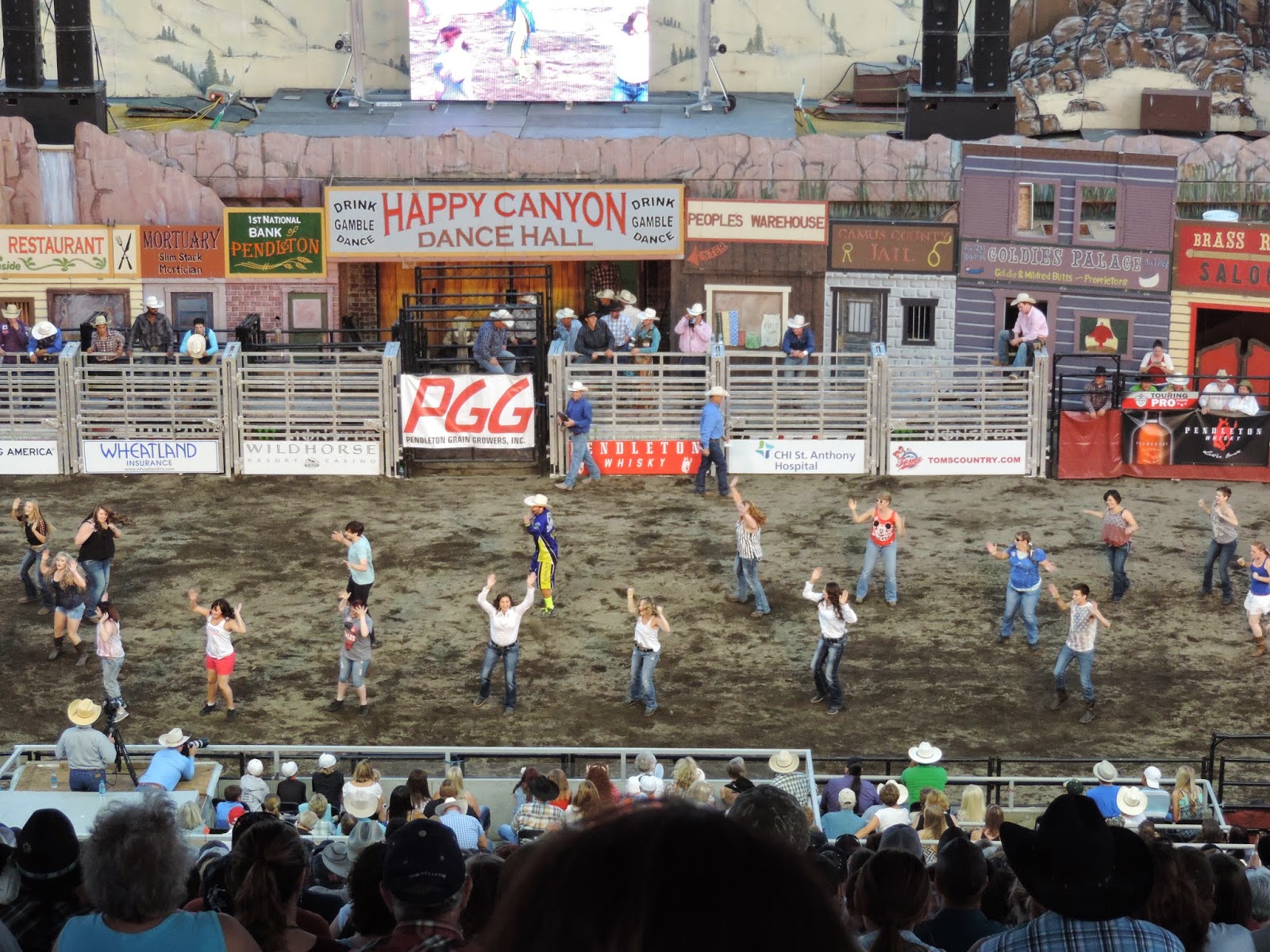