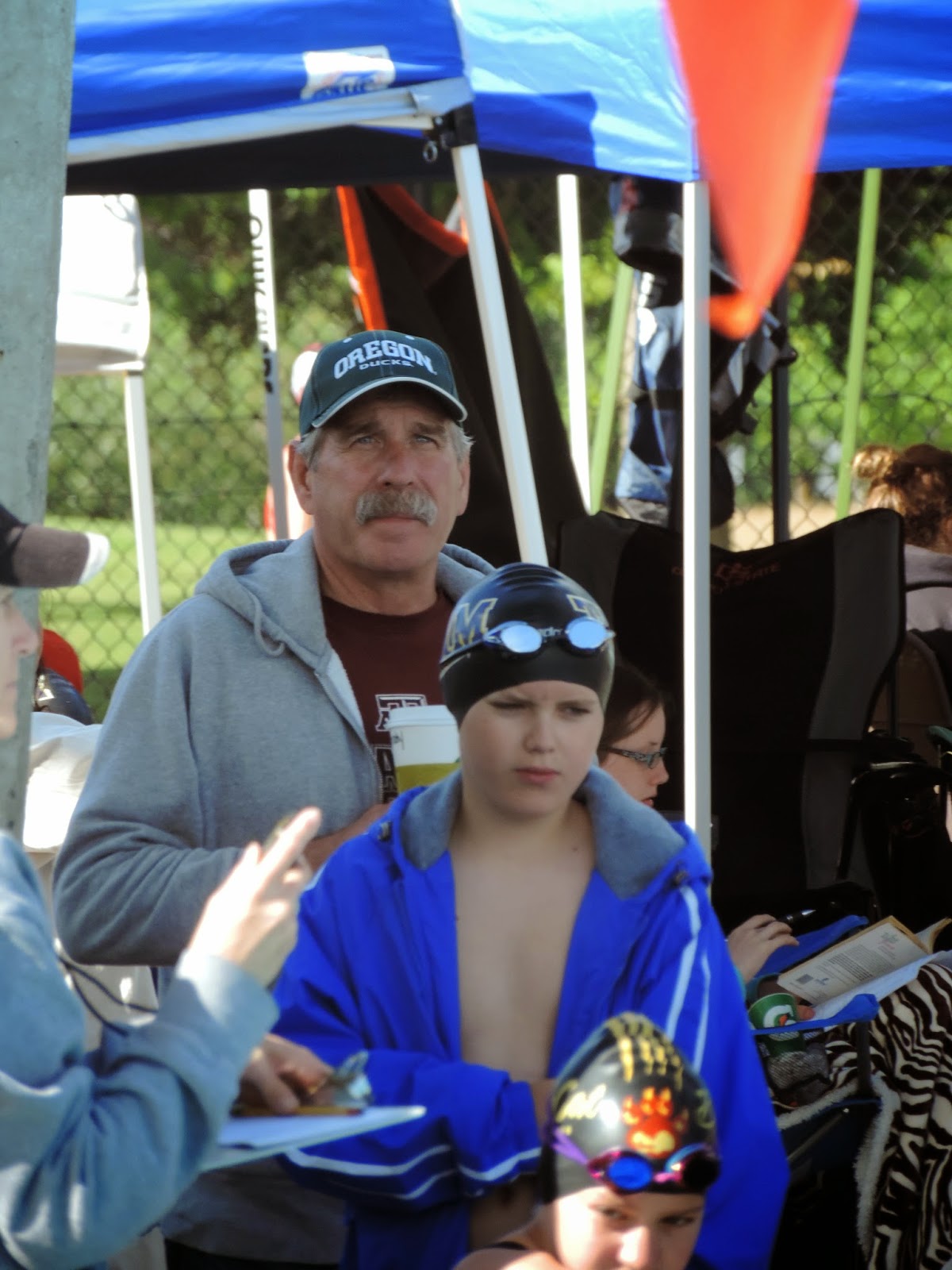 The virus he picked up right before the Swim-A-Thon gave him hell - he was down all week! We weren't sure if he would be able to swim in the meet, or not. And after missing practice all week, we didn't have any expectations for great times (as in race times), but decided it would be good experience for him. He didn't want to miss it. It was a three day meet. Day one, he still felt puny - warm ups about did him in! So on days two and three, we skipped warm ups. He was punier on day two than he was on day one, until his last race, and then he seemed to pull out of the sickness funk. By day three, he was looking good and feeling fine! None of his times were stellar, but he swam some races he'd never done before, like the 200 IM, and he pushed himself as hard as he could. It was an extra special weekend, because Grandma and Papa came to watch him. We would have loved to be healthy for such an occasion, but there will be other meets. They both enjoyed the meet and I'm sure they'll be back to see another down the road. Best of all, I got some really good pictures, which is why there are so many... Sorry! I just couldn't narrow it down any more... Just think - you will feel like you were at the meet yourself after you finish this post! 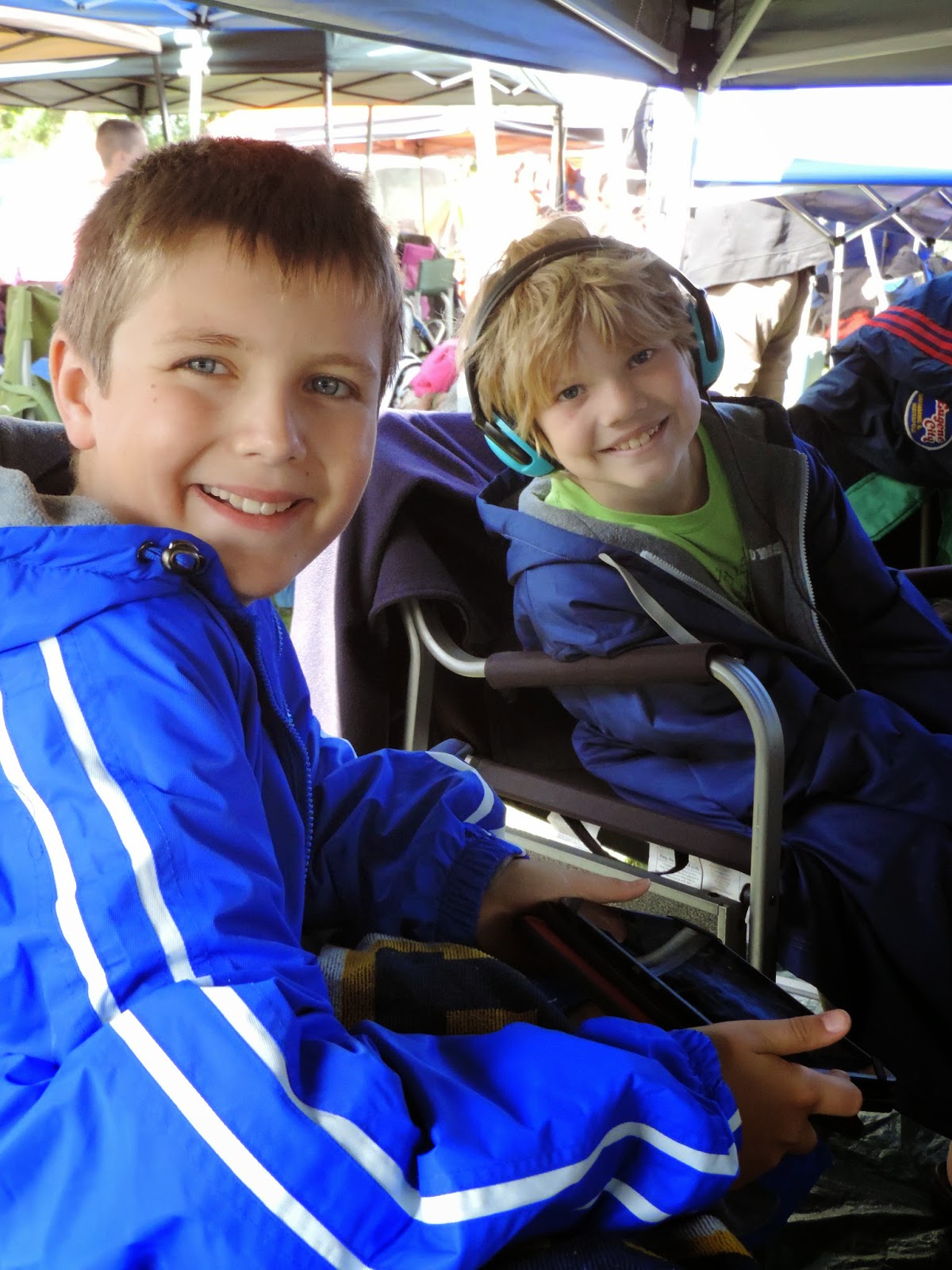 Britt and his buddy Bryce. Bryce cheered him on for an entire race, one day, even though he wasn't entered in this meet. He's still a supportive teammate! He's a couple of years younger than Britt, but they are still good friends. Britt is super kind, that way. All the little guys love him! 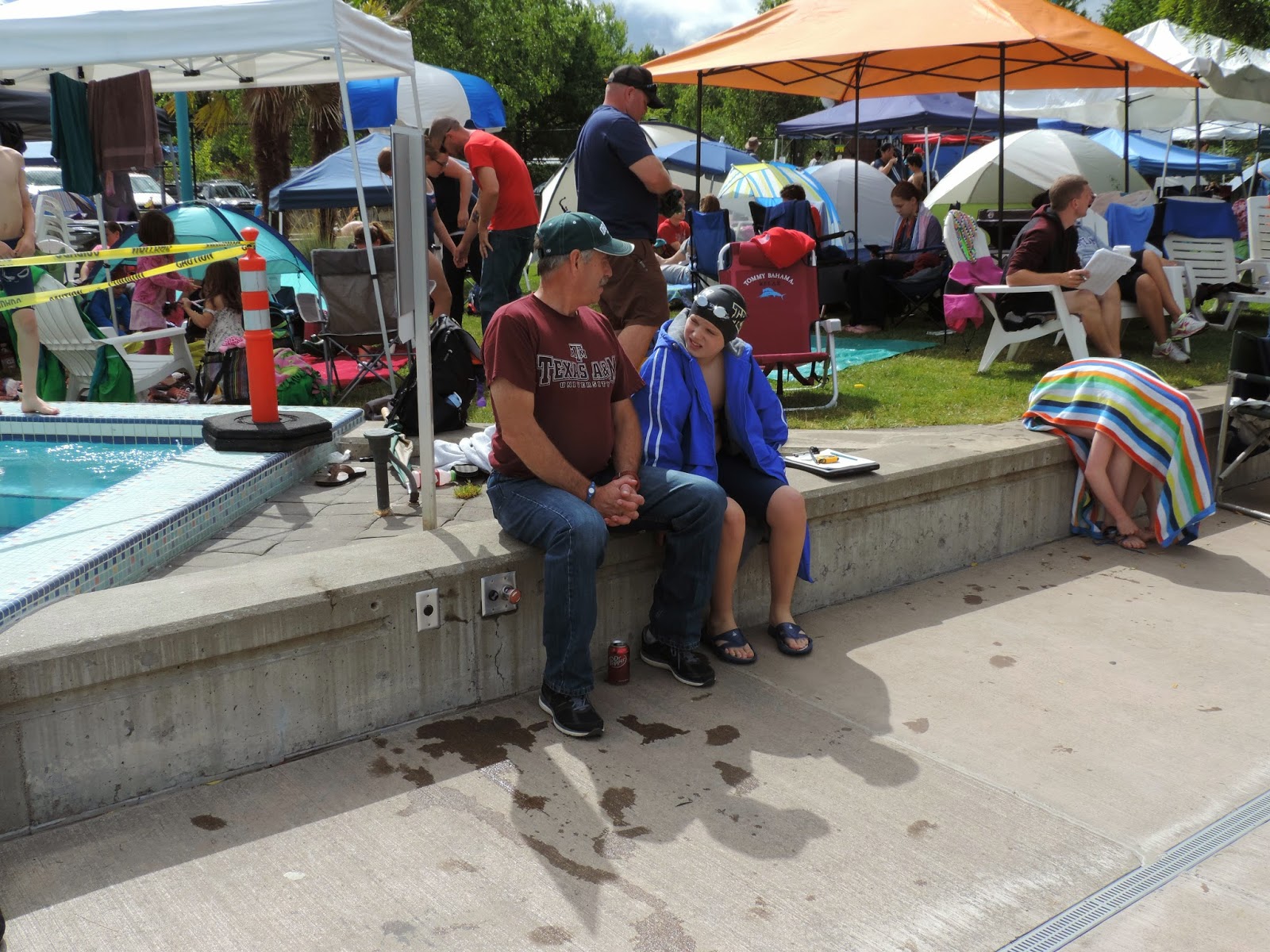 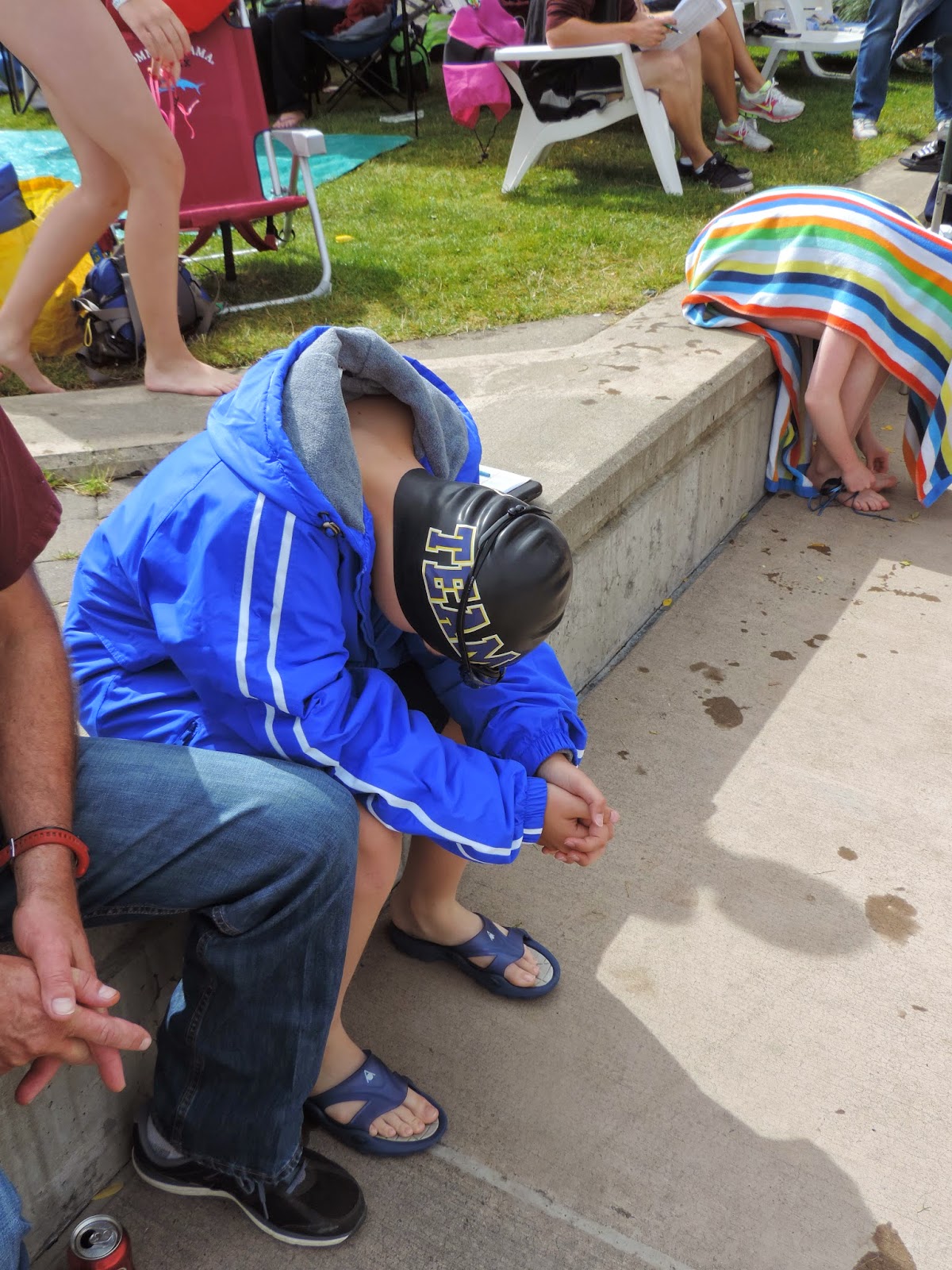 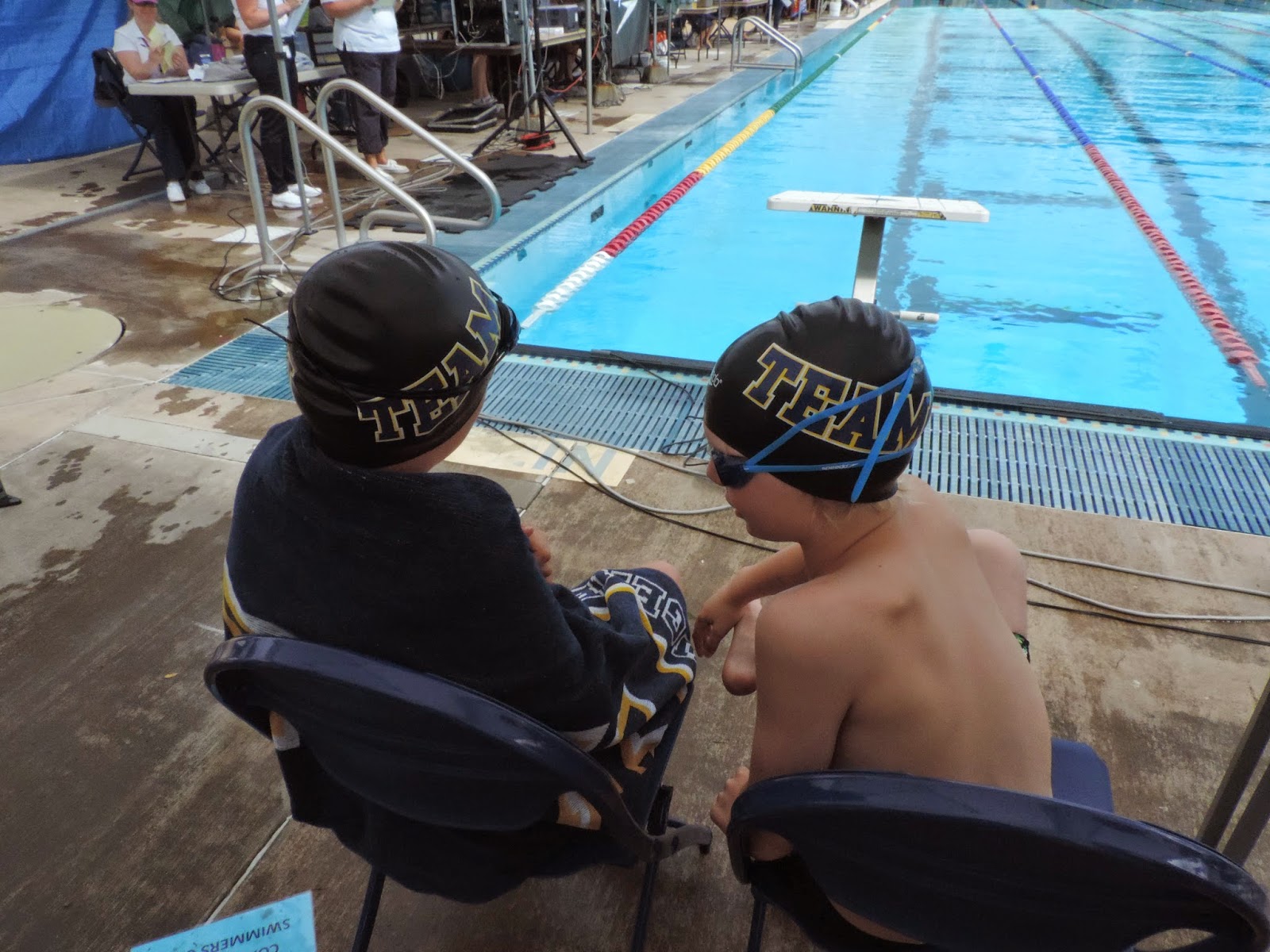 Another good friend of Britt's is Charlie. the two of them spent a lot of time together during this meet, and it was great! They were very supportive of each other, which was heartwarming to see. 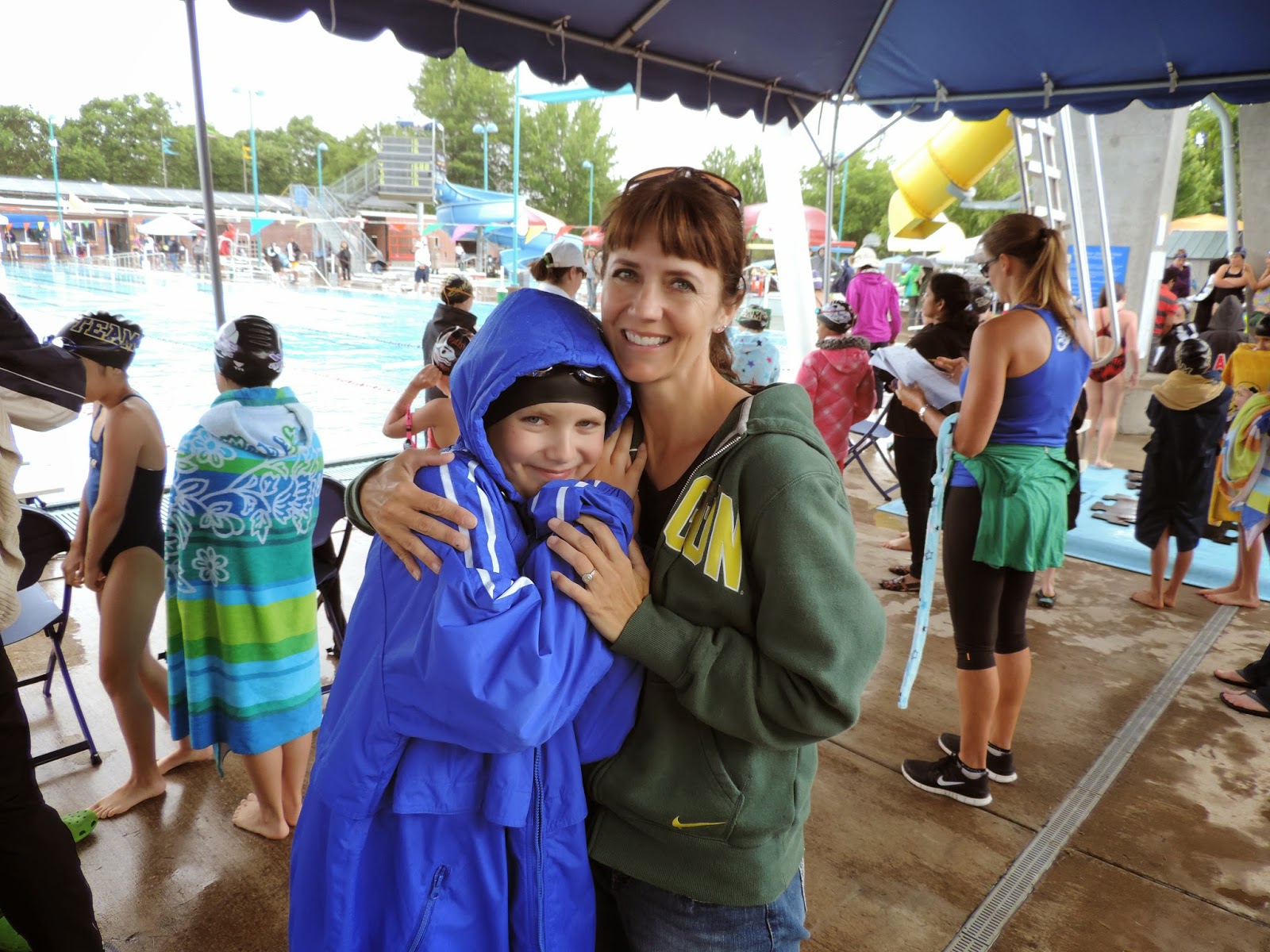 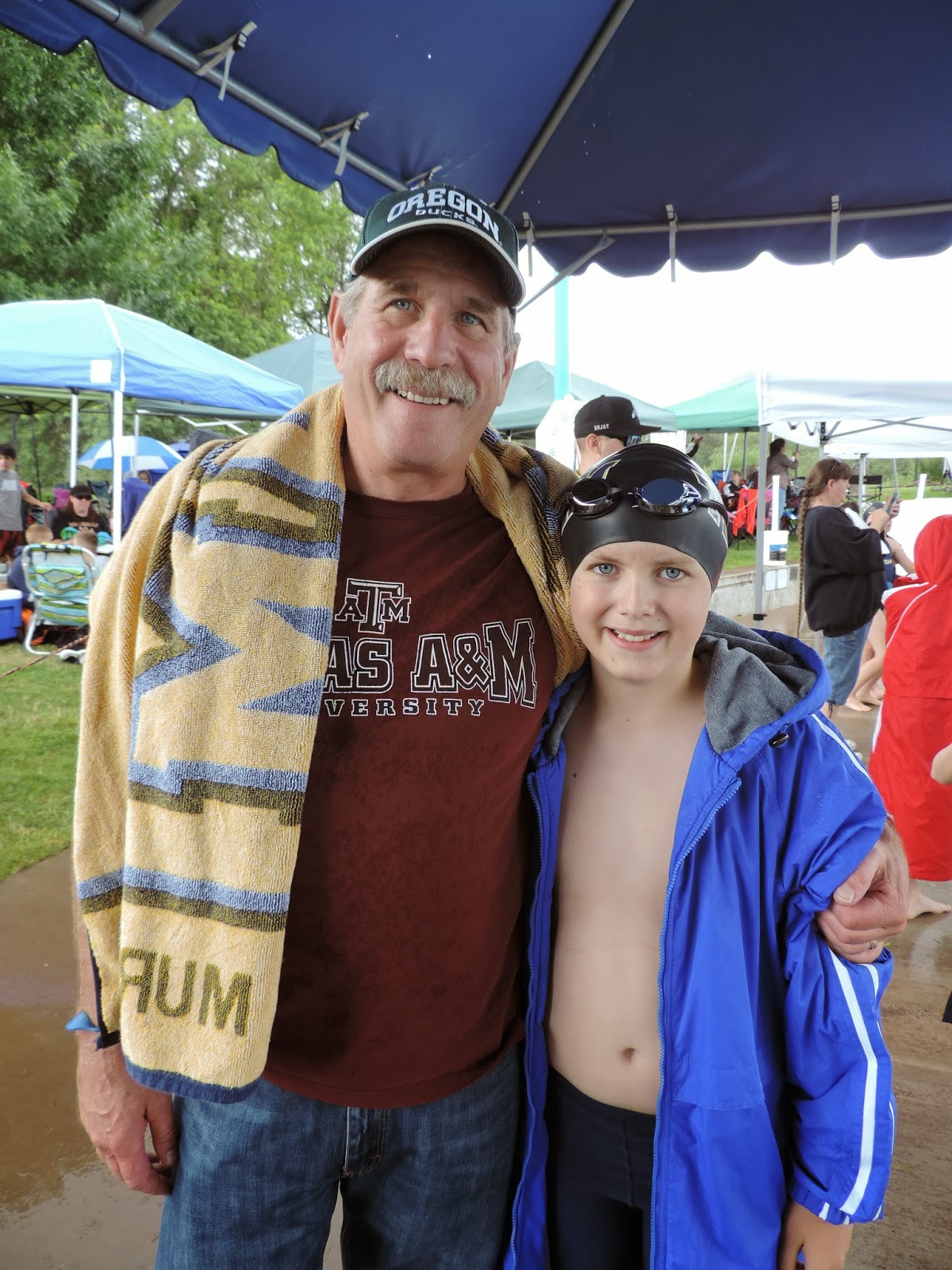 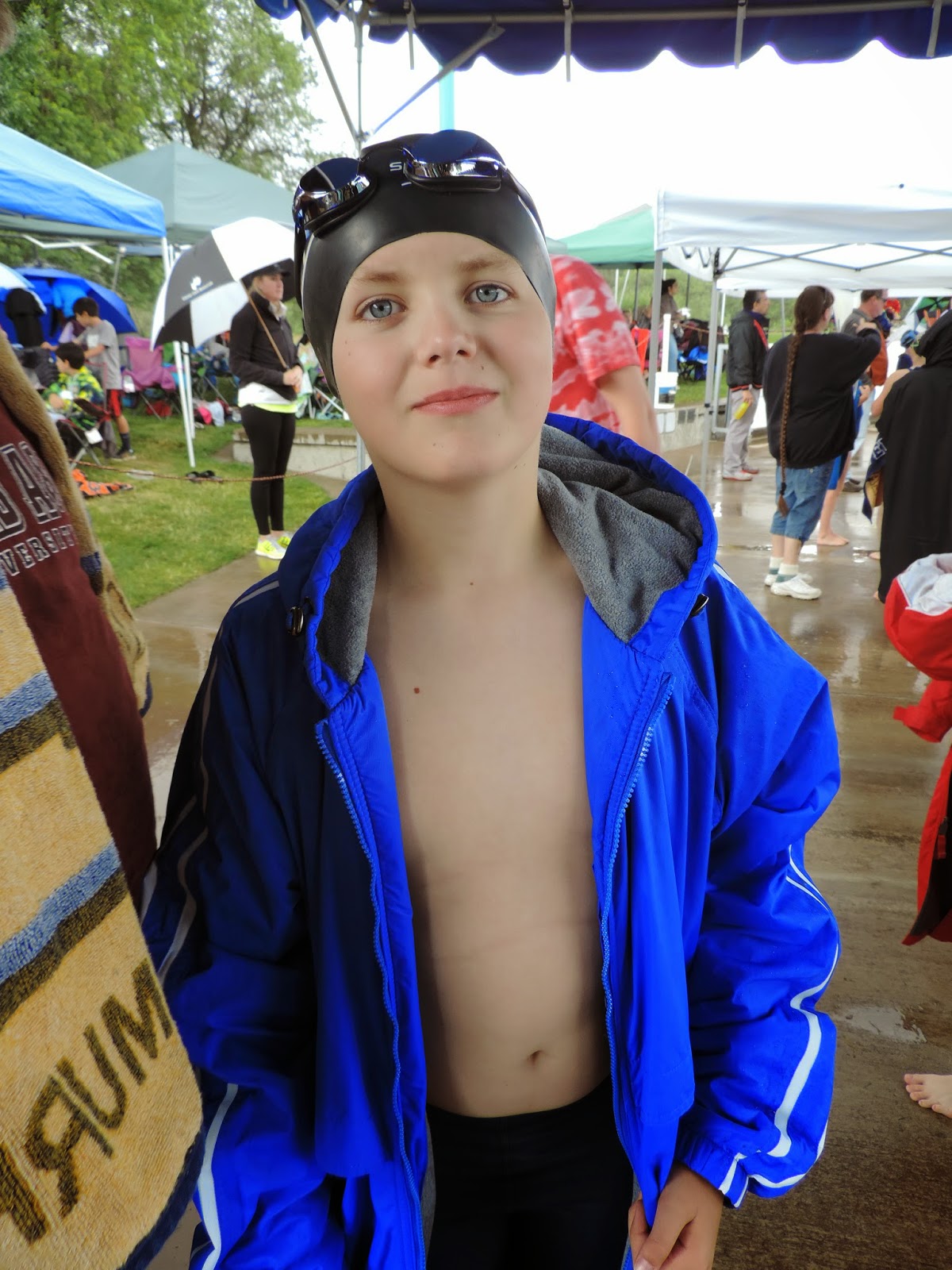 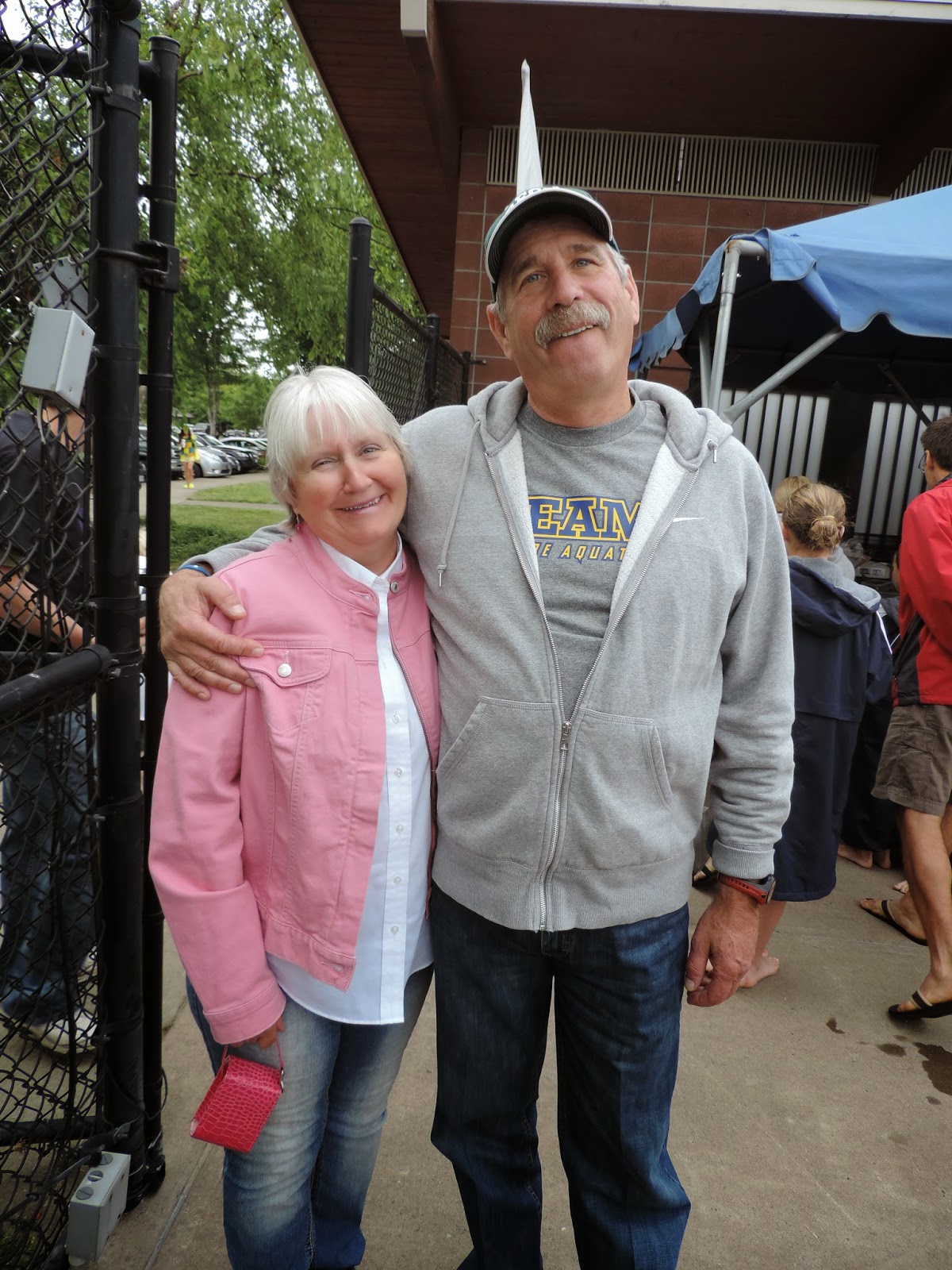 Brady and his in-laws. It was so much fun to have my parents here for the weekend! 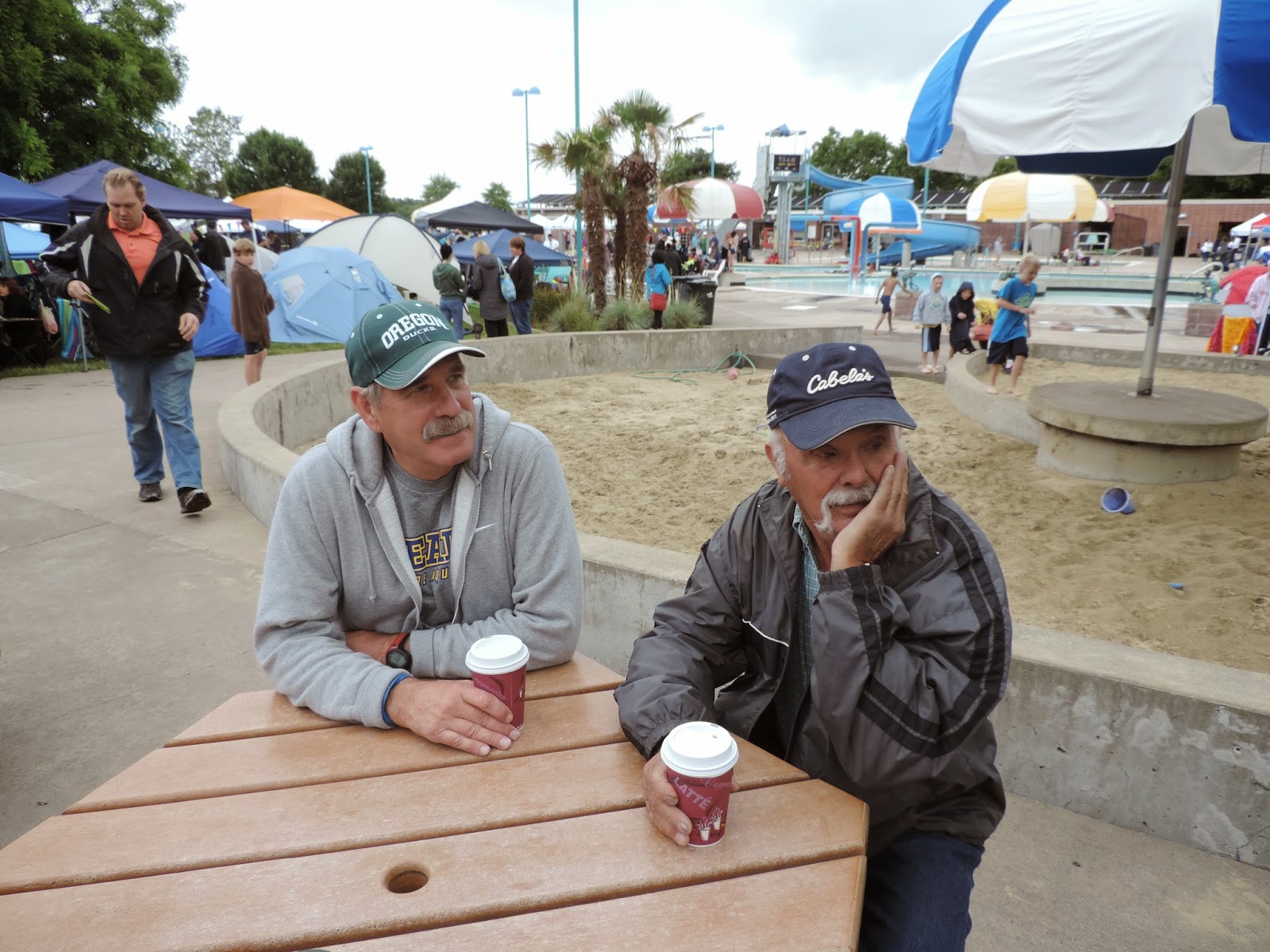 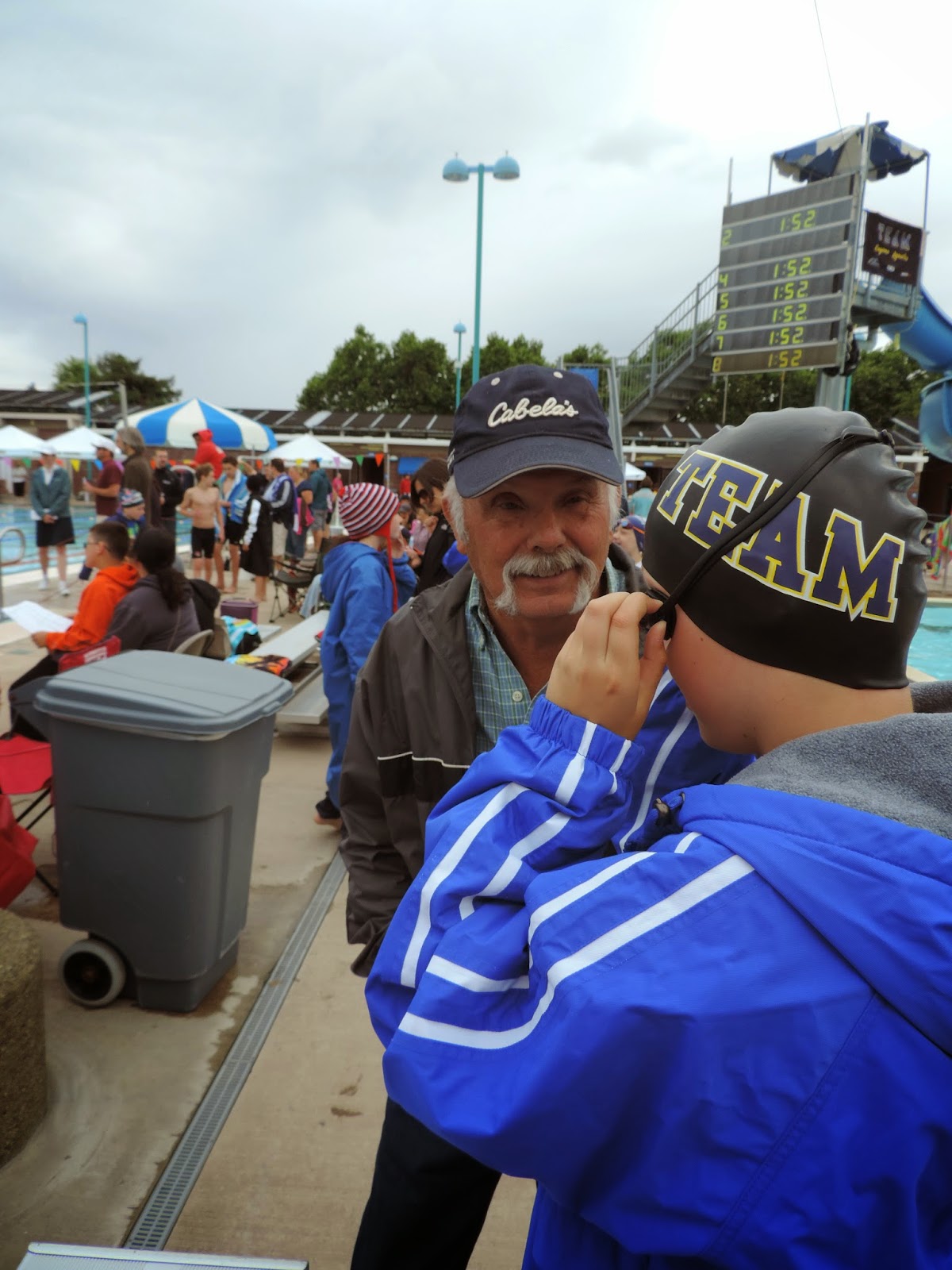 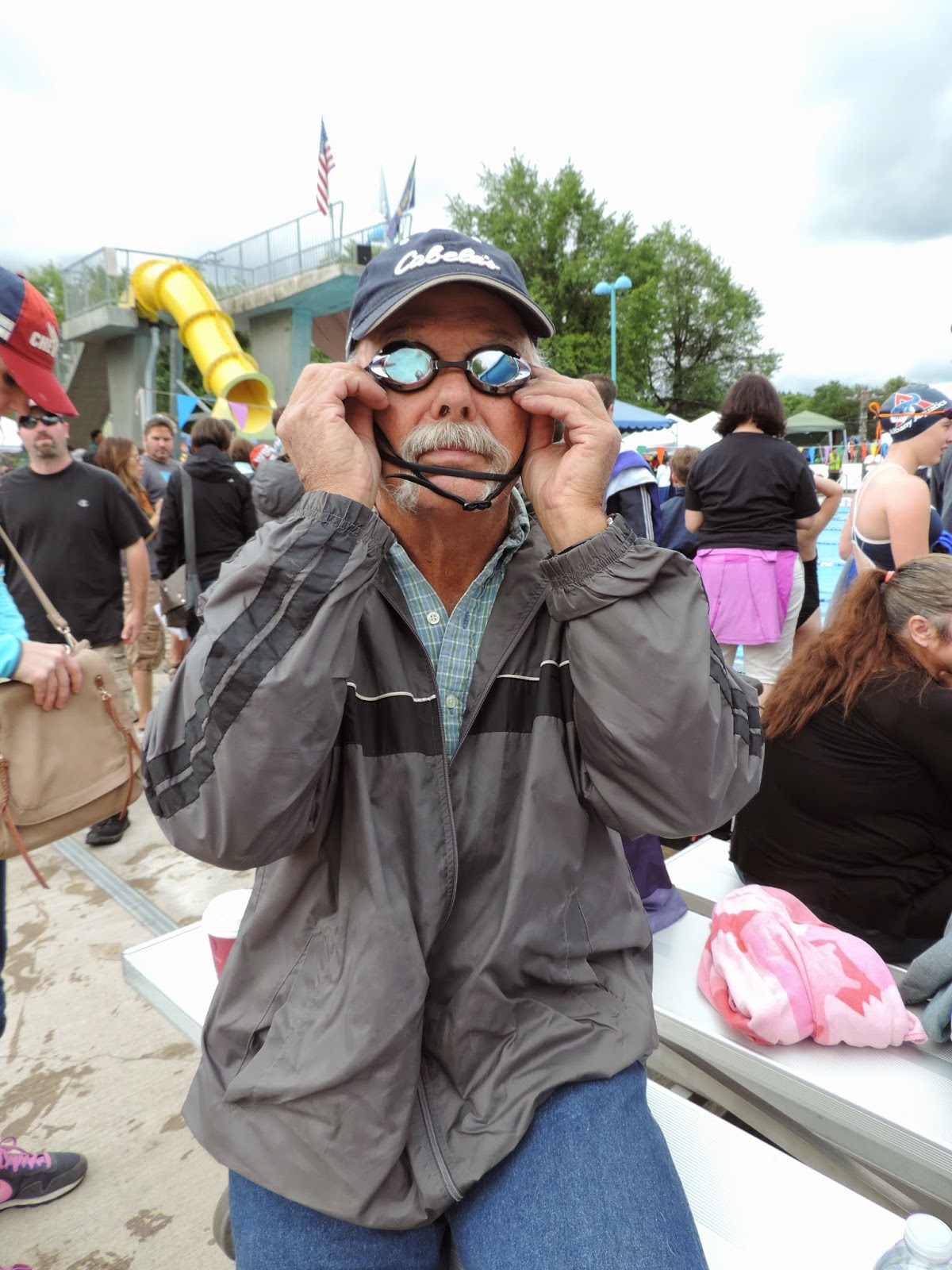 My silly dad... Some things never change. He's still a kid at heart! 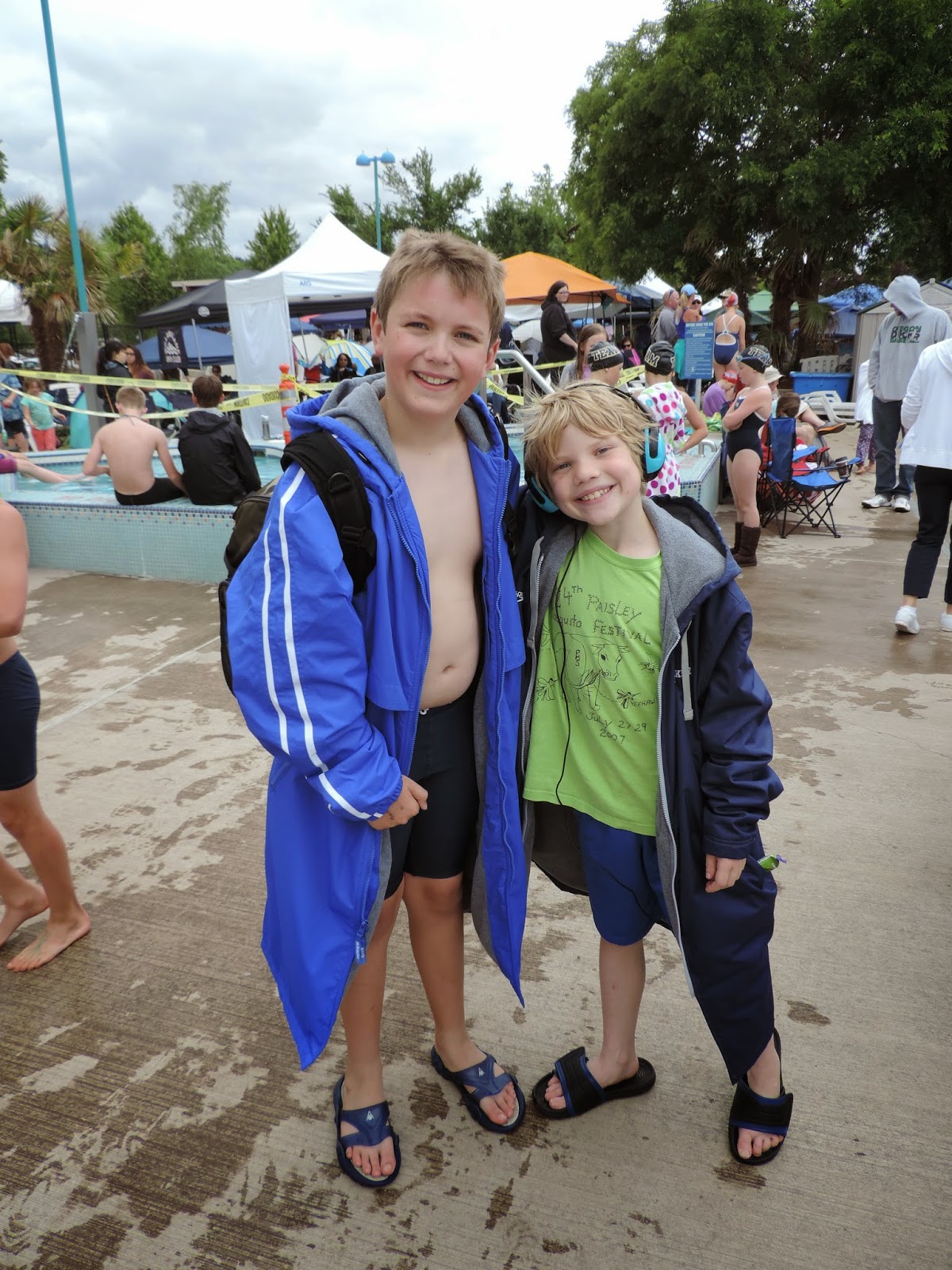 Another one of Britt and Bryce above, and the one of Britt, Charlie and Brady below. Brady is also a big fan of Charlie, because not only is Charlie a great swimmer, he's a nice kid! Finding nice kids is hard to do in this day and age. Yep - you read that right! Nice kids are far and few between, and yes, my kids are two of the nicest! 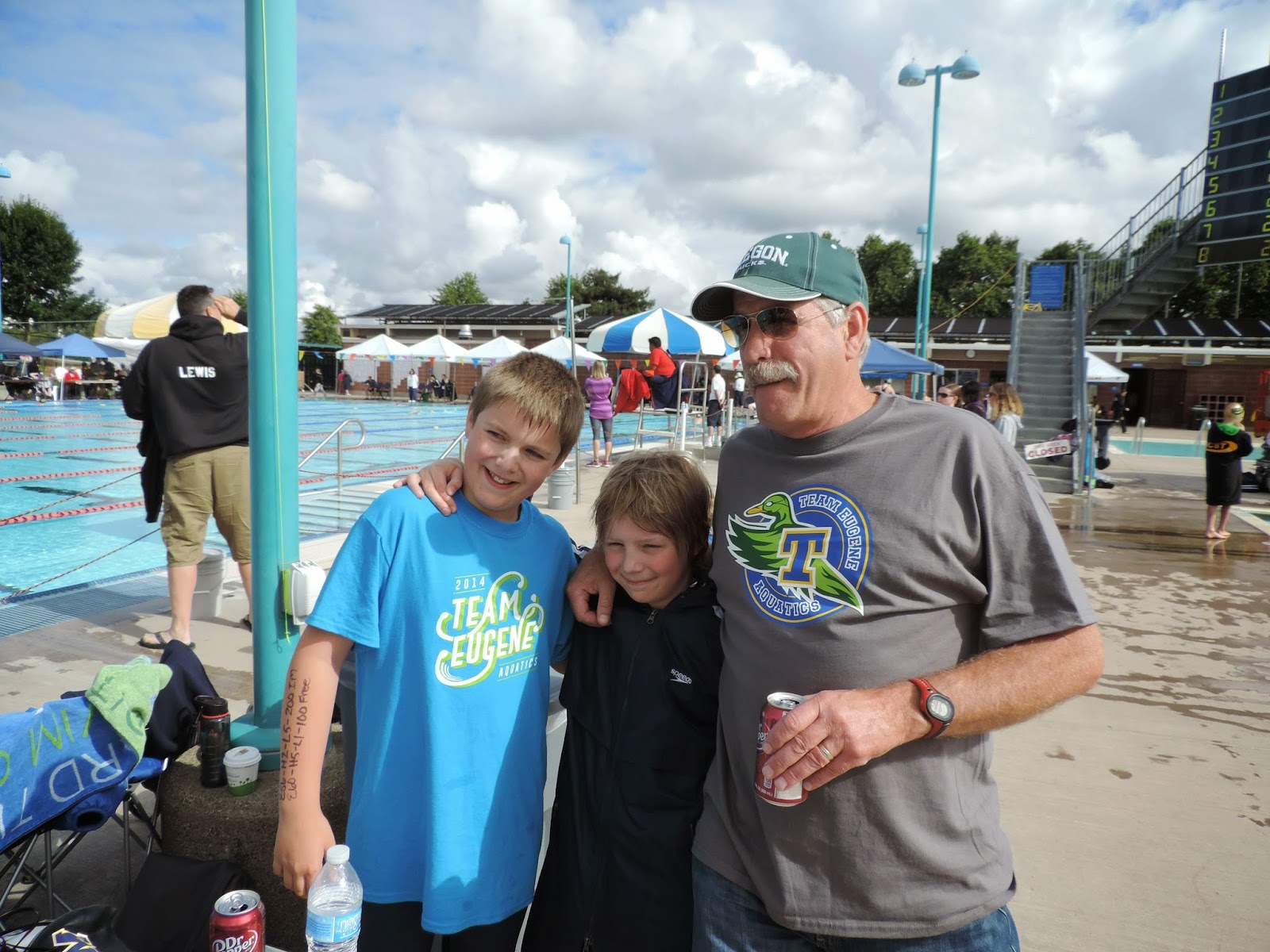 Playing "War." He had a big time playing this card game, and it was great for him to finally spend some time socializing with his teammates. 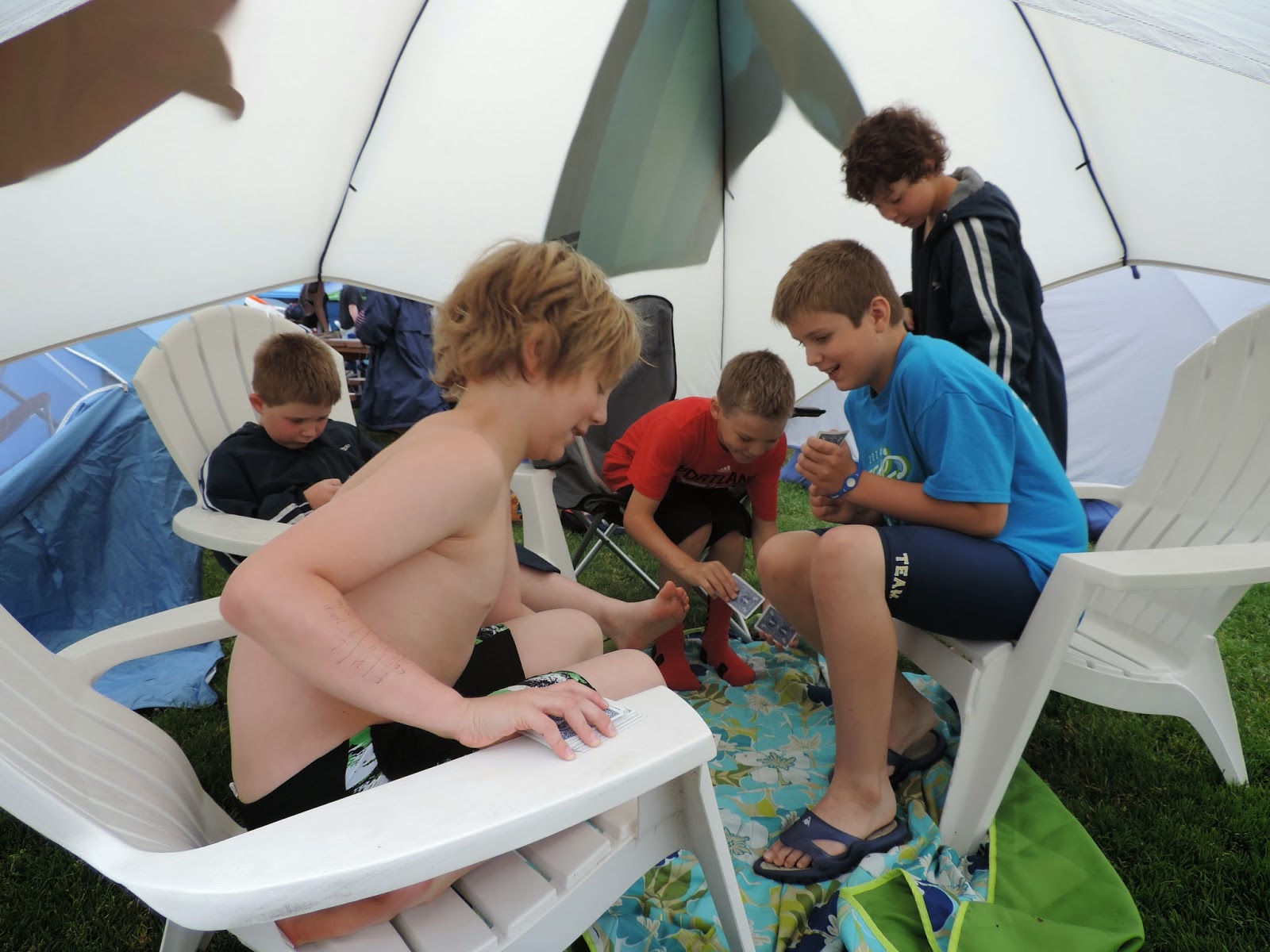 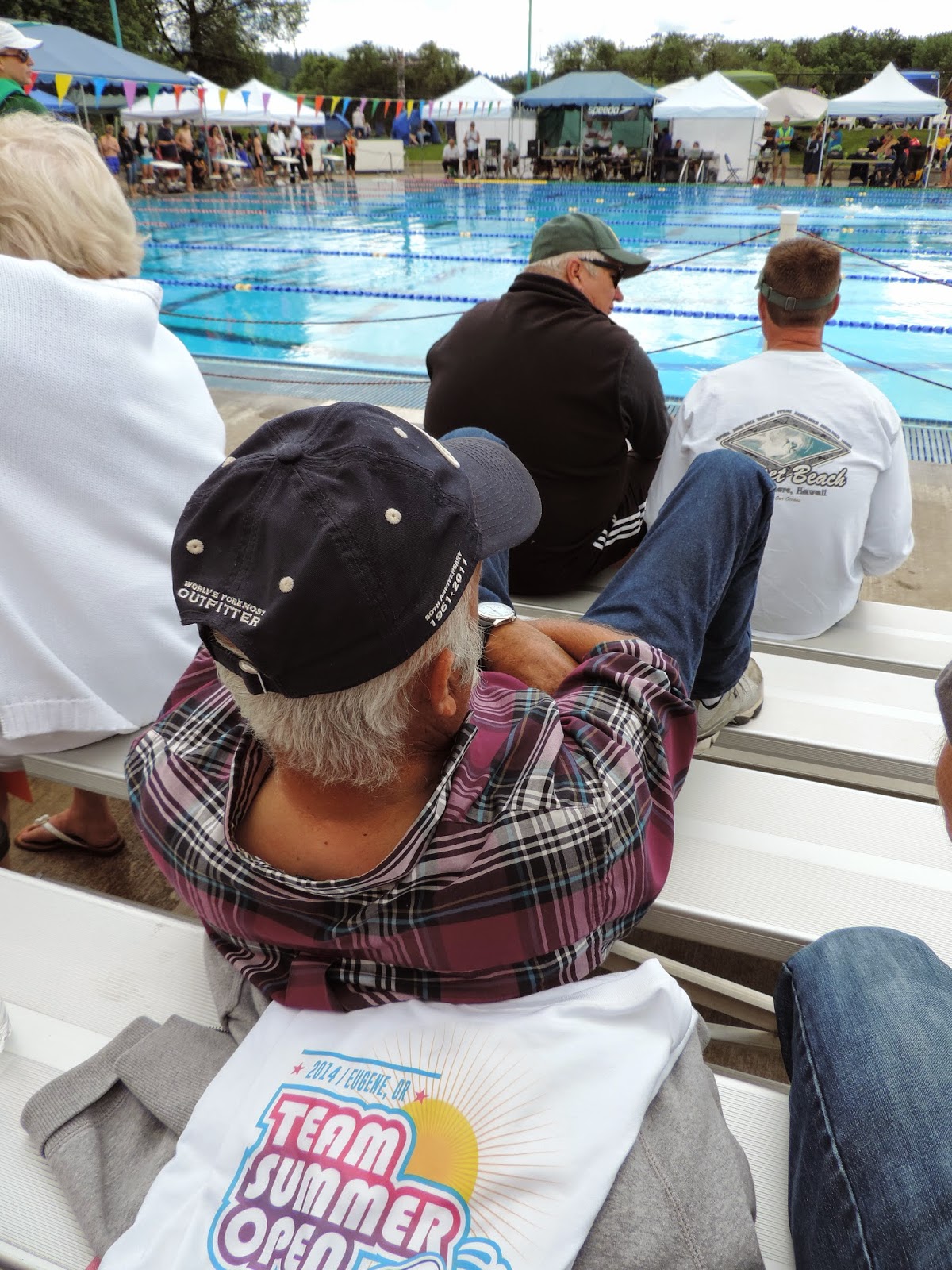 I have seen my dad in this position many times over the years, being a spectator. 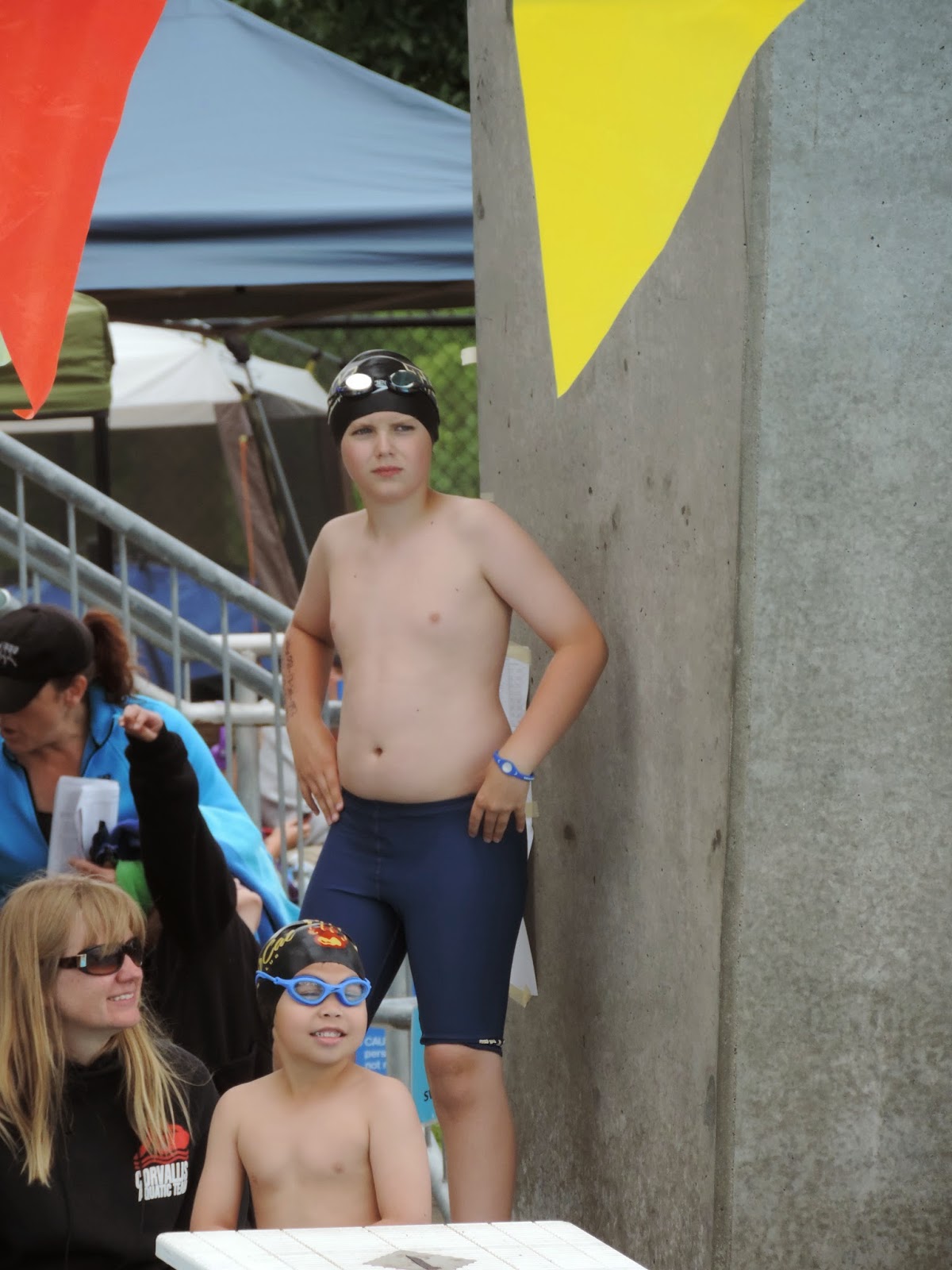 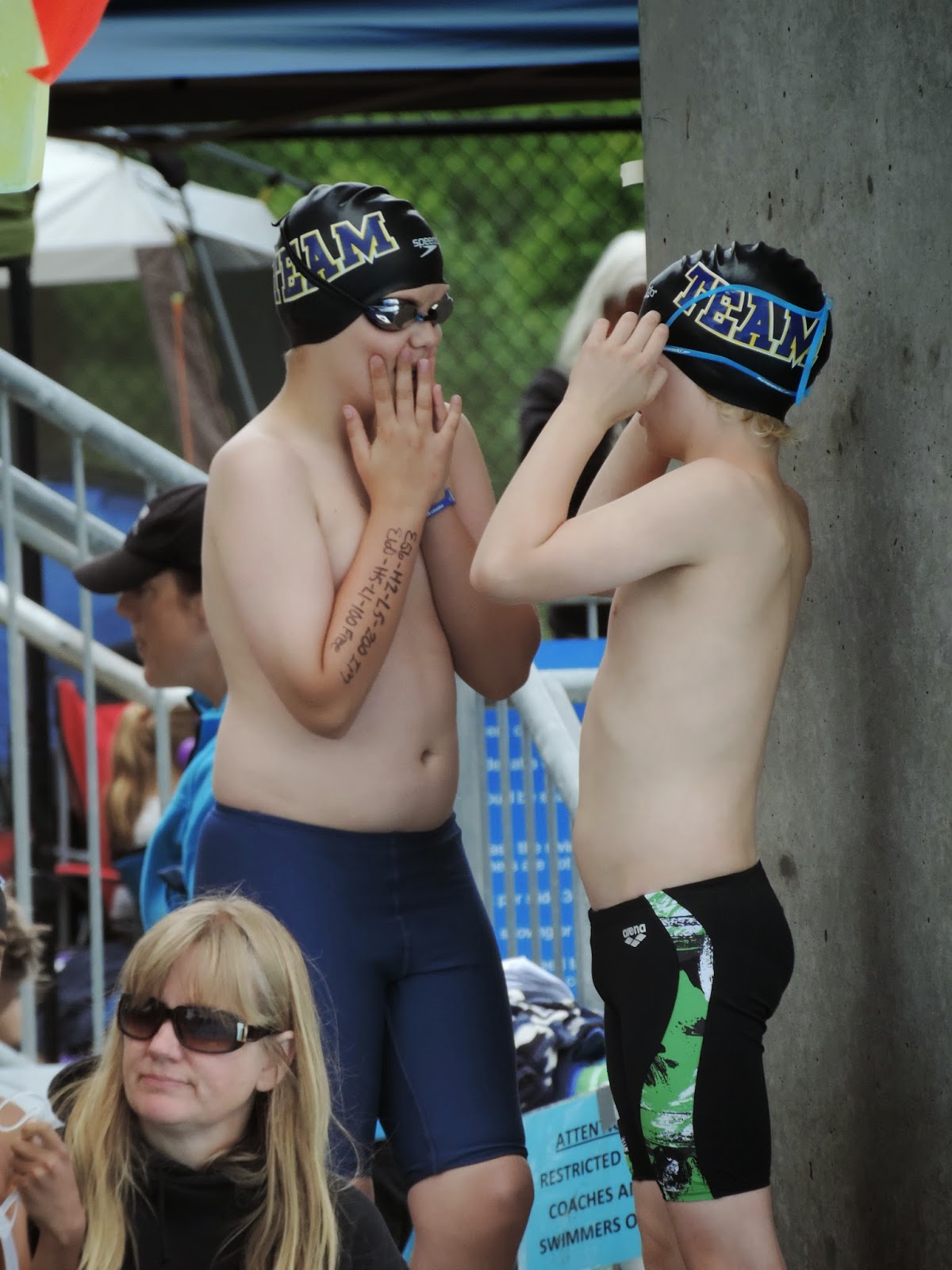 Britt and Charlie, pumping each other up. Below, Britt is doing his "bull rider" slap, focusing himself before his last race. 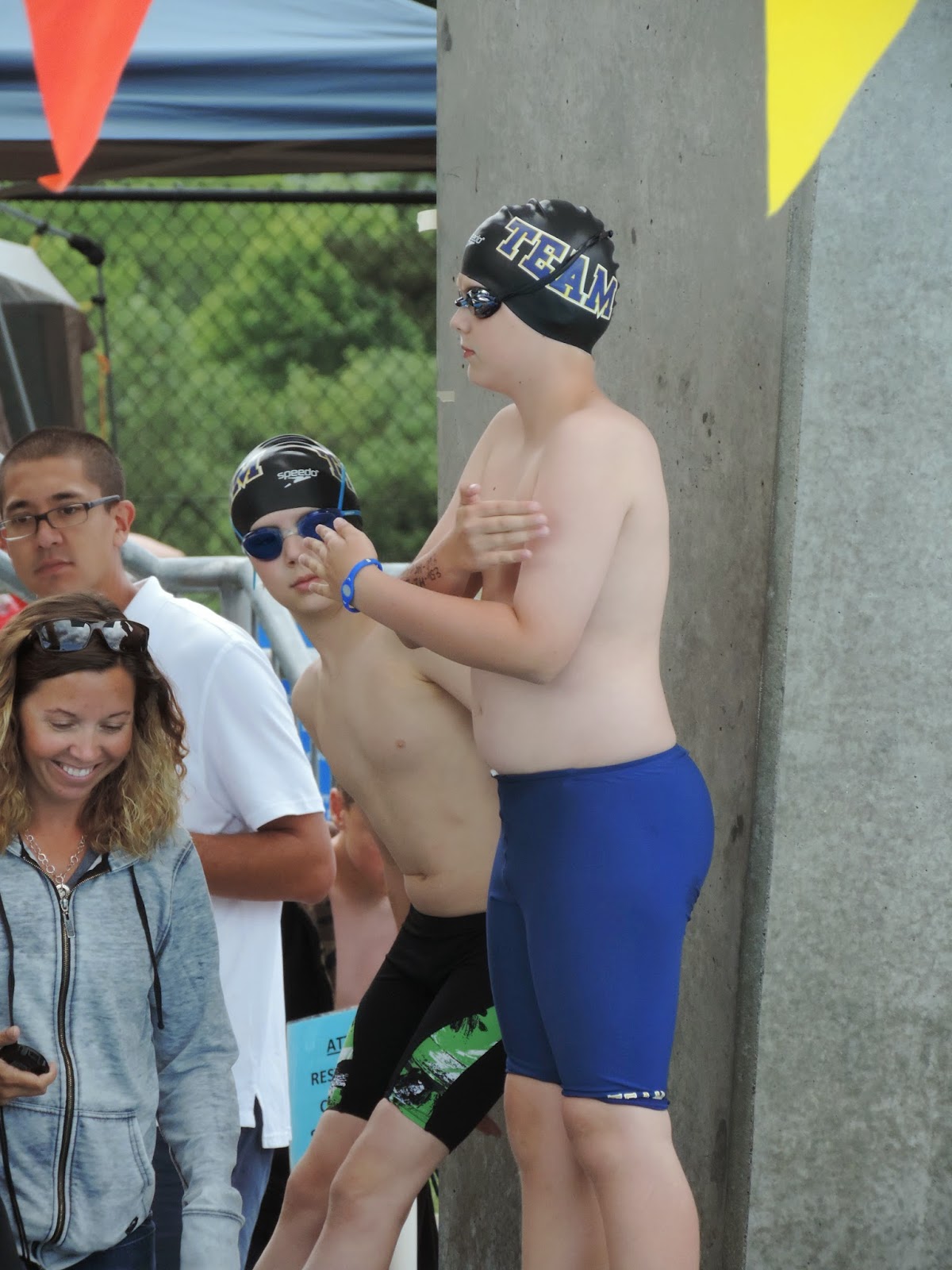 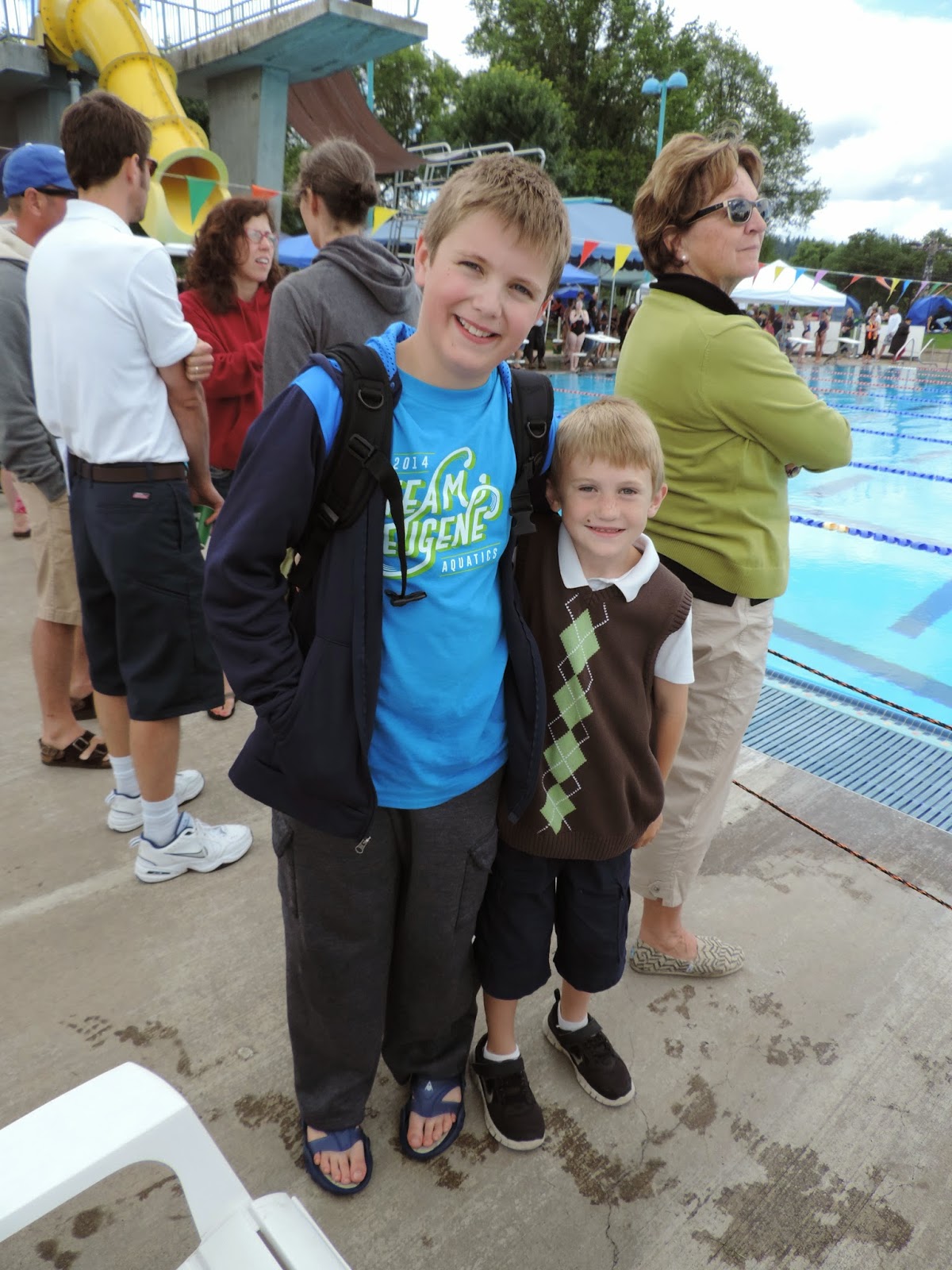 We had a lovely surprise on the last day of the meet - Britt's friend, Conor, from Brailey's club volleyball team was there! He was with his family, straight from mass, to watch his cousin. It was great to see them all! Britt had a big cheering section. 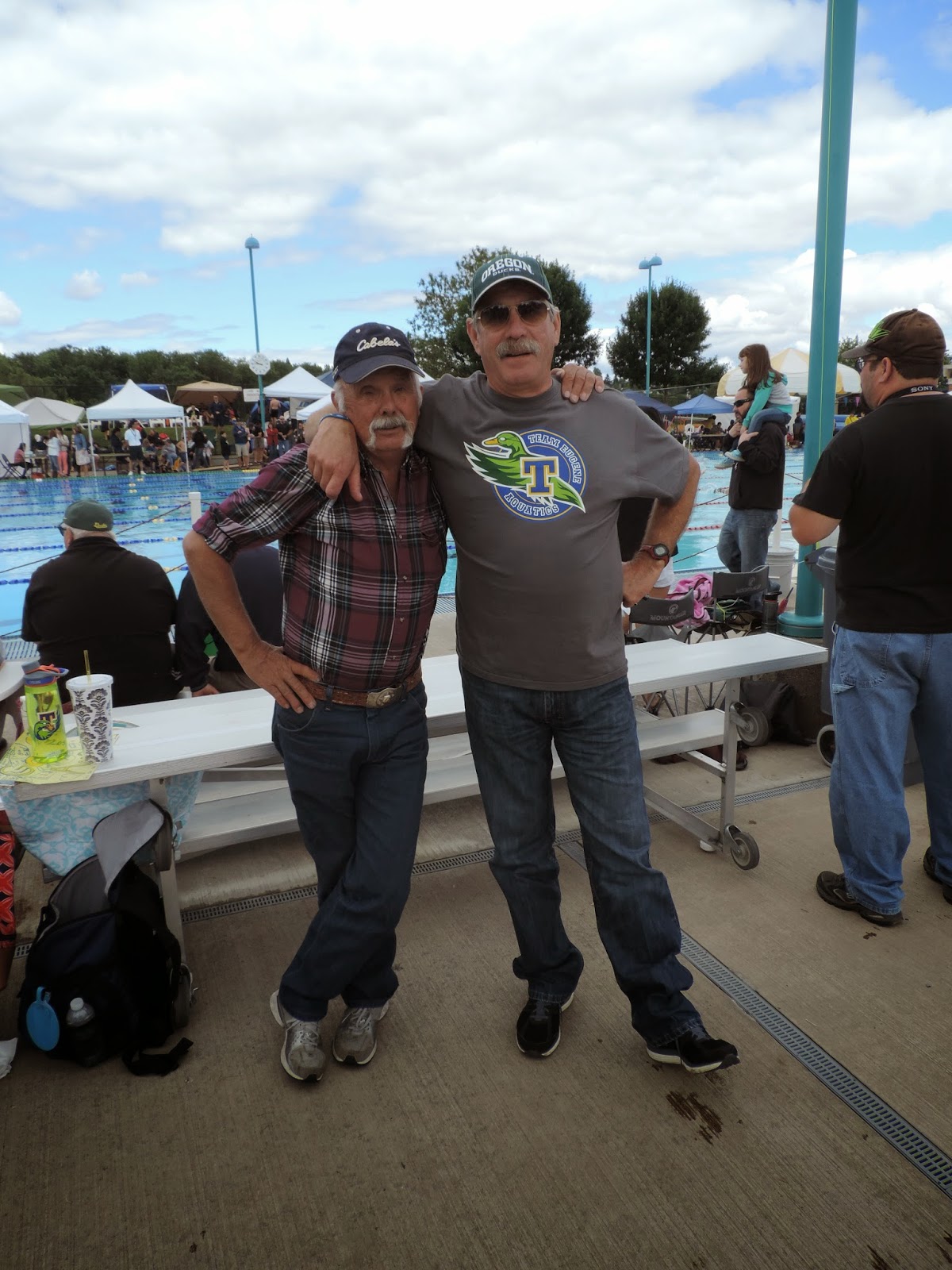 These two... What can we say about them? The two clowns! I love this picture and the guys in it, too! 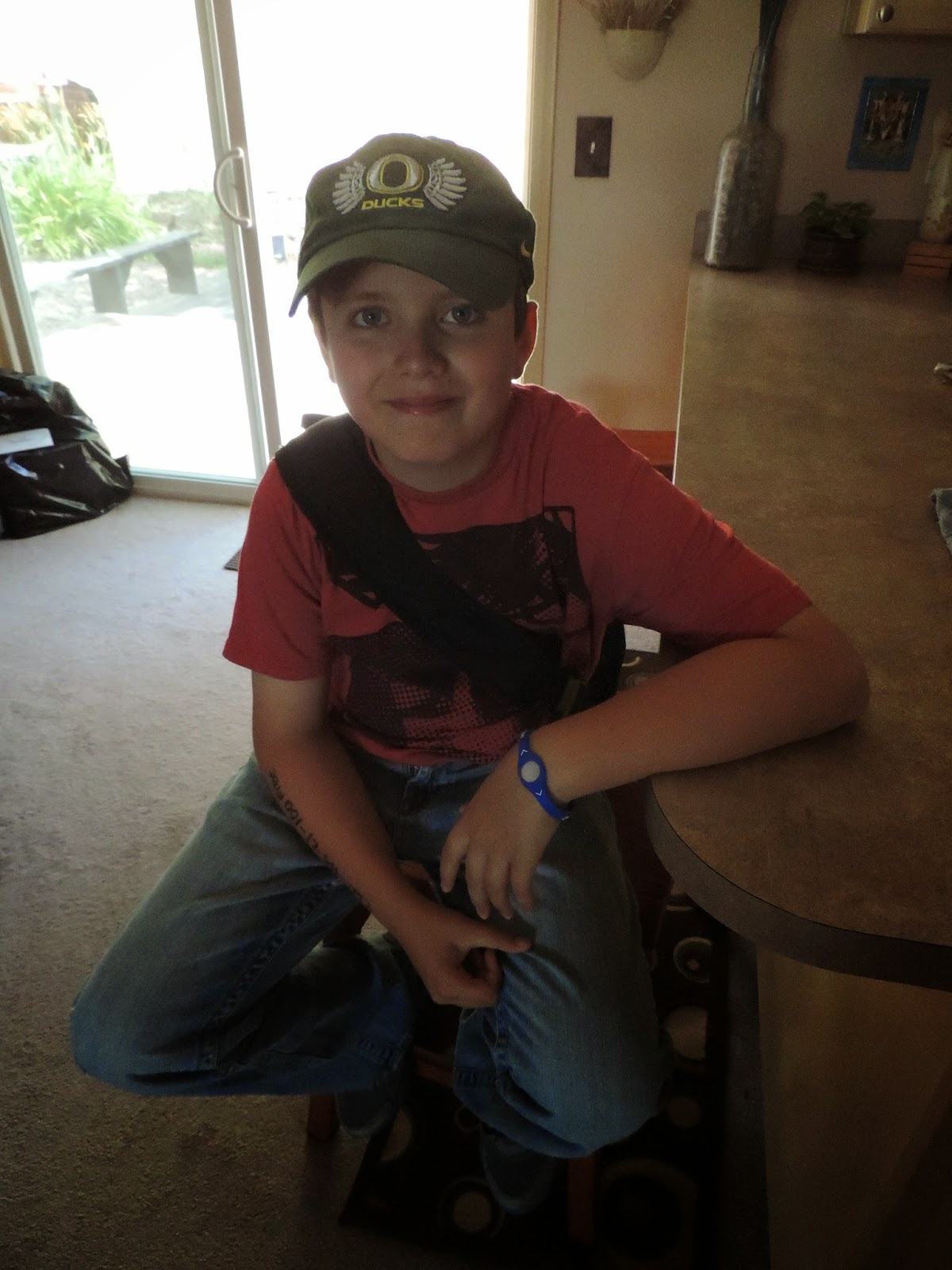 And then, it was over, and we came home and packed him up for a camping trip, which is what he's doing this week. It is his first camping trip without his sister. We were going to pick him up for the Pendleton PBR, but he didn't want to go to a bull riding on the 4th of July. Britt is not a fan of them. We burned him out! So he gets to camp and go swimming in Burns and experience the 4th of July Harney County style!
at July 01, 2014