Britt's Amazing and Fun Camping Trip with Grandma and Papa 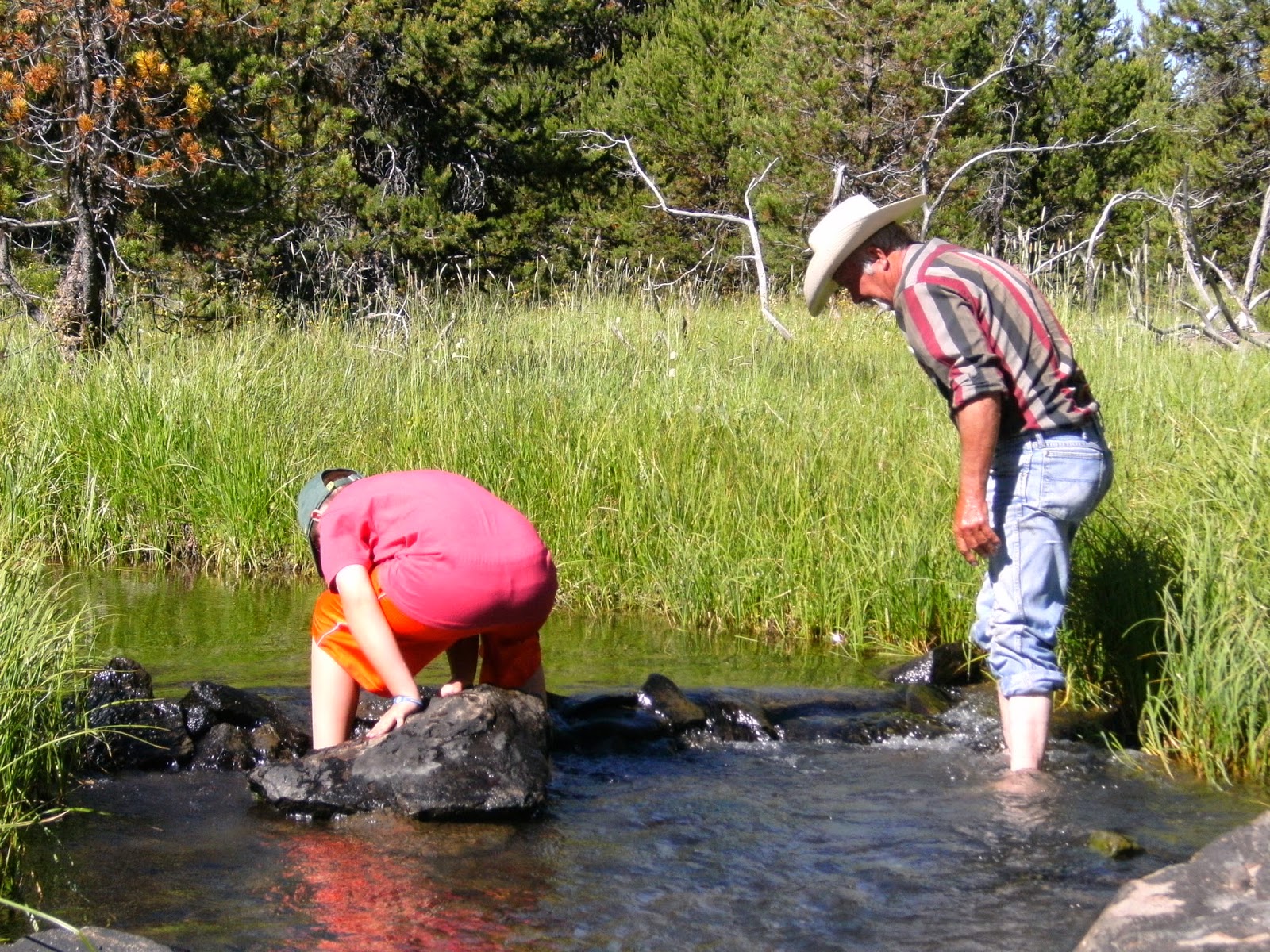 He wasn't sure about it. After all, his big sister is his security, and there is no place he likes better than H-O-M-E. But there is nothing he dreads worse than attending a bull riding. So the choice was his - go camping for a couple of days and then Brady and I would pick him up on our way to Pendleton for the 4th of July PBR, or go camping for several days and be picked up after the 4th of July. As you can see, he chose wisely - camping it was! And even though he was a bit sad at first, according to Grandma, he managed to have a great time without his sister! Of course, Grandma and Papa made sure of it. All you have to do is look at the wonderful pictures my mom took to see that a good time was had by all three of them (four, if you count Bucky)! 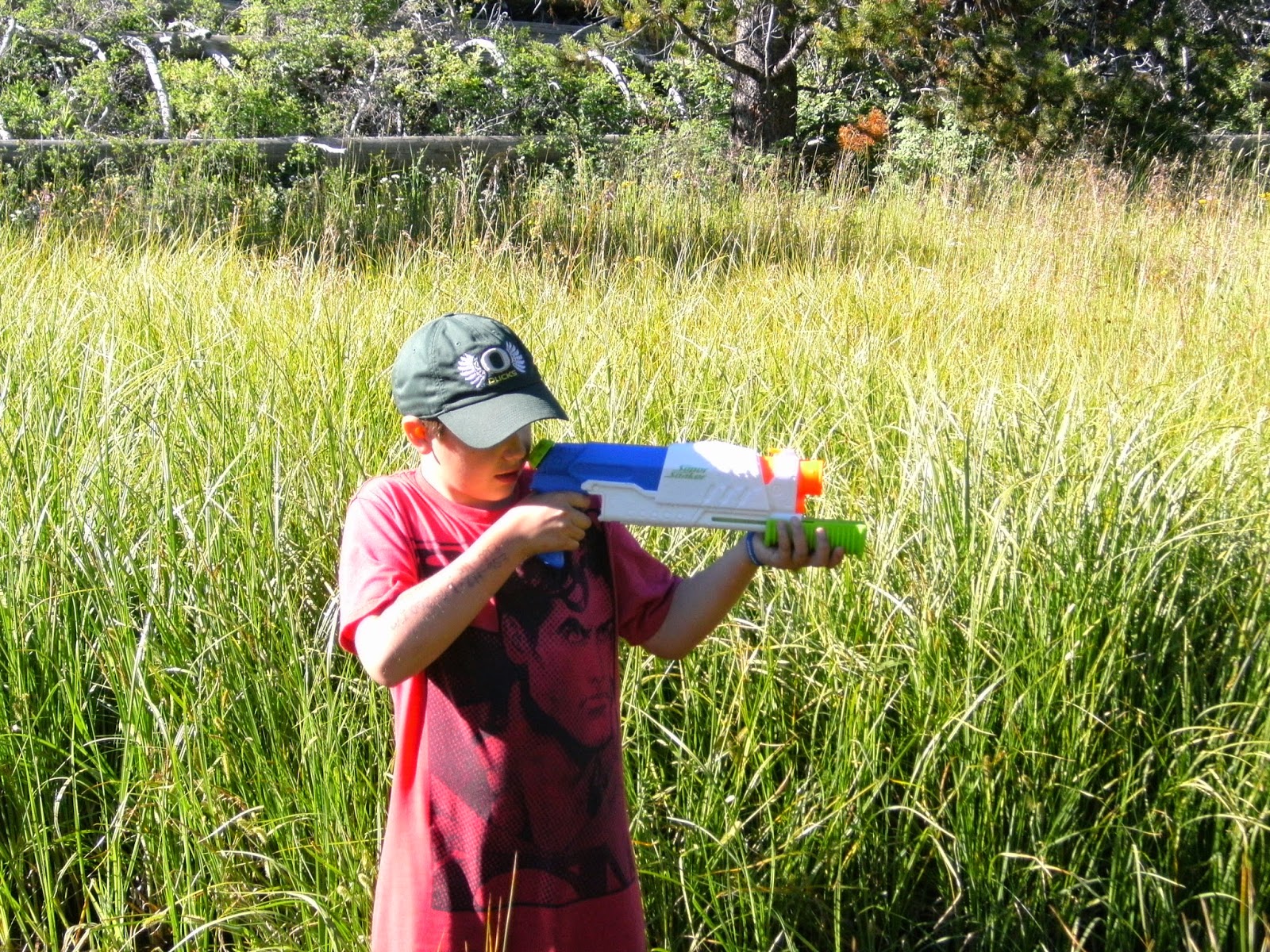 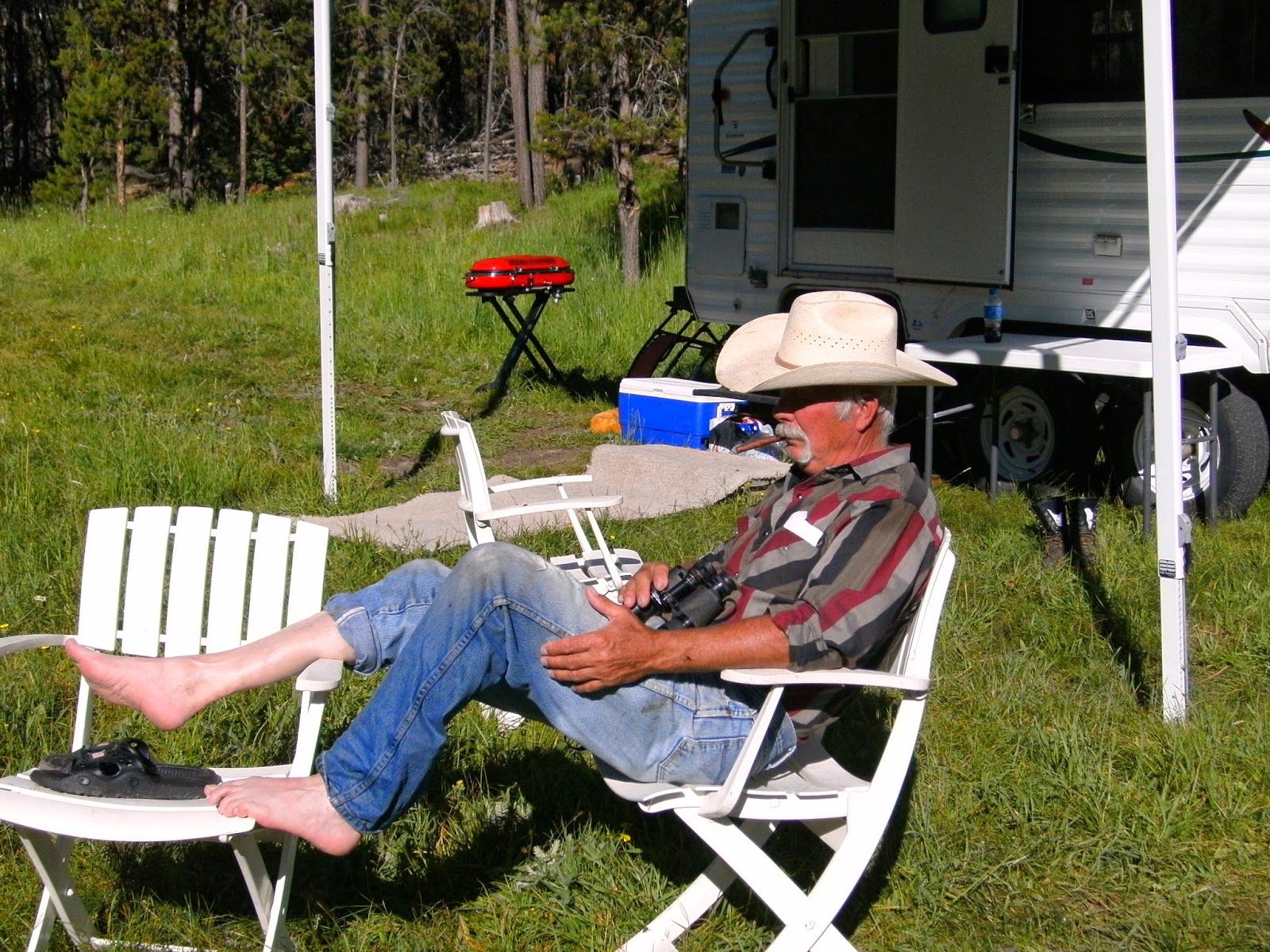 My dad's legs have NEVER seen the sun. Ever. What a trooper to get in the cold water and help Britt make a dam. Not every grandpa would do that! 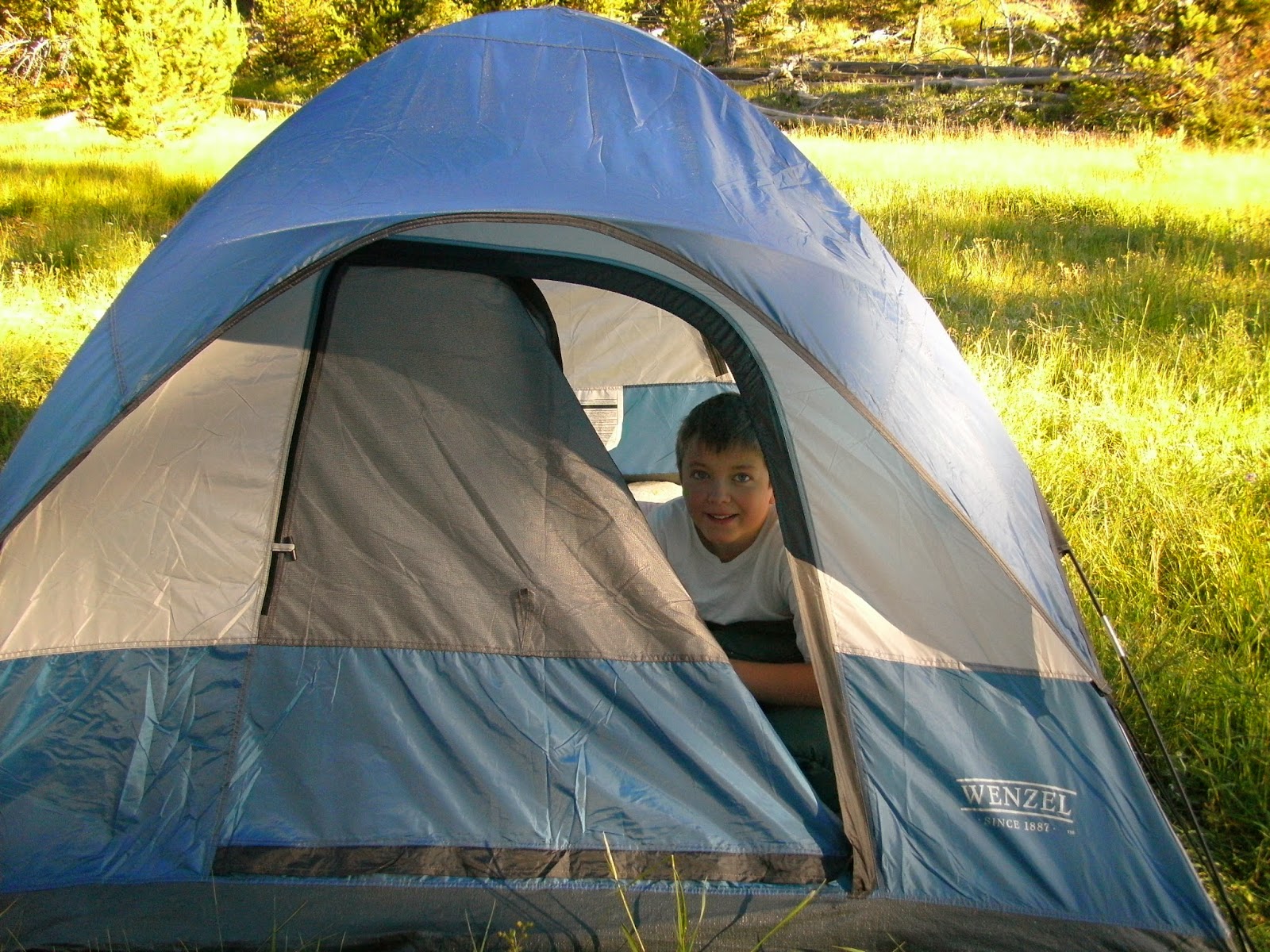 Britt actually slept by himself in this tent! He and Brady bought it at a yard sale the same weekend he left to go camping. It is a darling little tent, and he loved having it set up. Of course, we set it up at our house, first, to see if it was a good one, which it is. But fitting it back into the bag provided some great entertainment for Mom, Brady and I as we watched Papa try to show Britt the "right" way to roll everything up, "tightly." Best of all was when he came over for another piece that Brady had rolled up, which my Dad didn't know, and said, "This has to be redone." My stomach still hurts from laughing at that little scenario! I don't know how it was put away when they were camping, but I'm sure it was done properly. 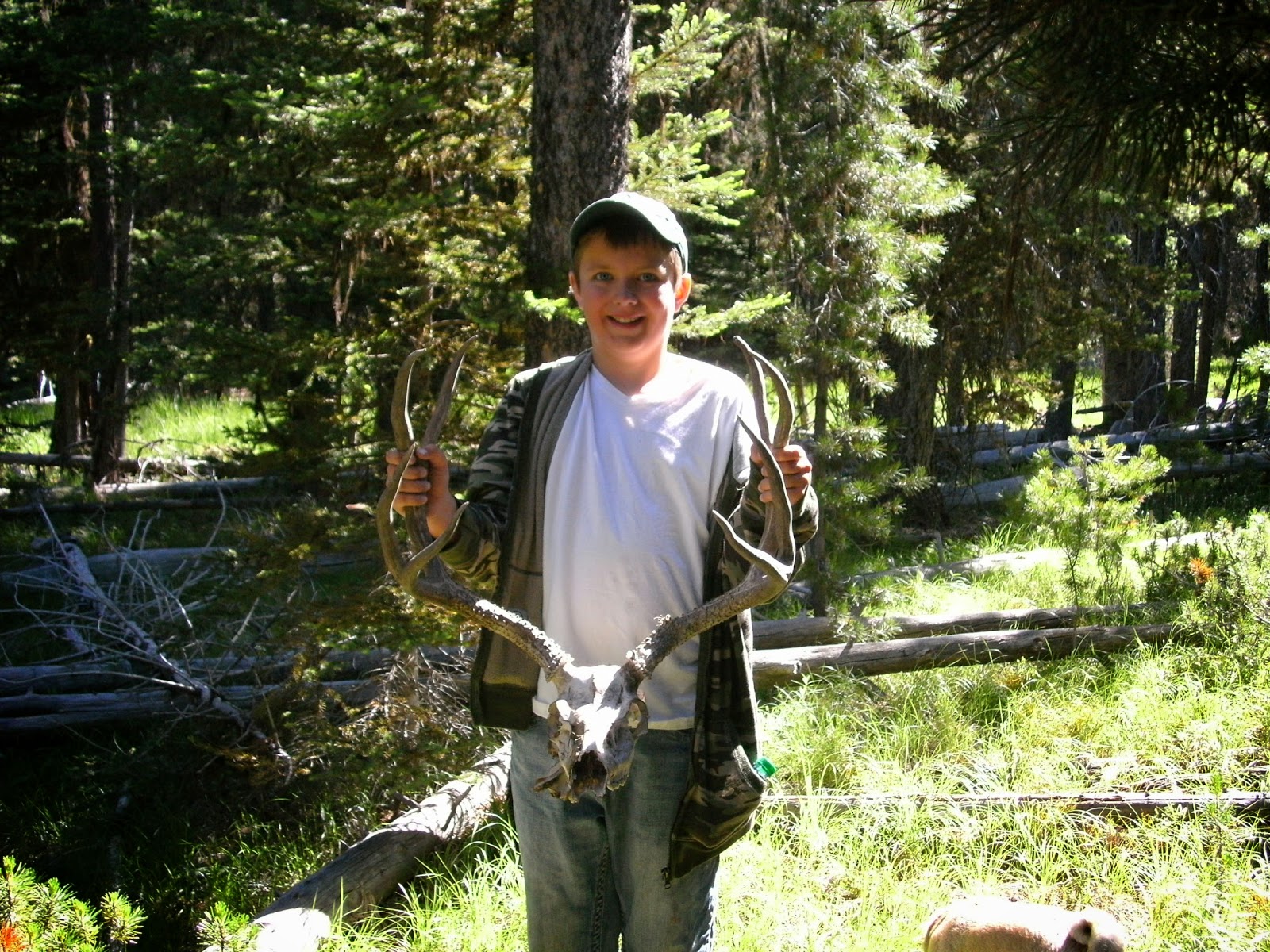 Britt was so proud of this! He found it on the ground! He knew I would love it for my yard, which I do. I am still trying to find a perfect spot for it. It isn't often you come across an entire head of horns like this - what a great find! I love the pride in his face in this picture. 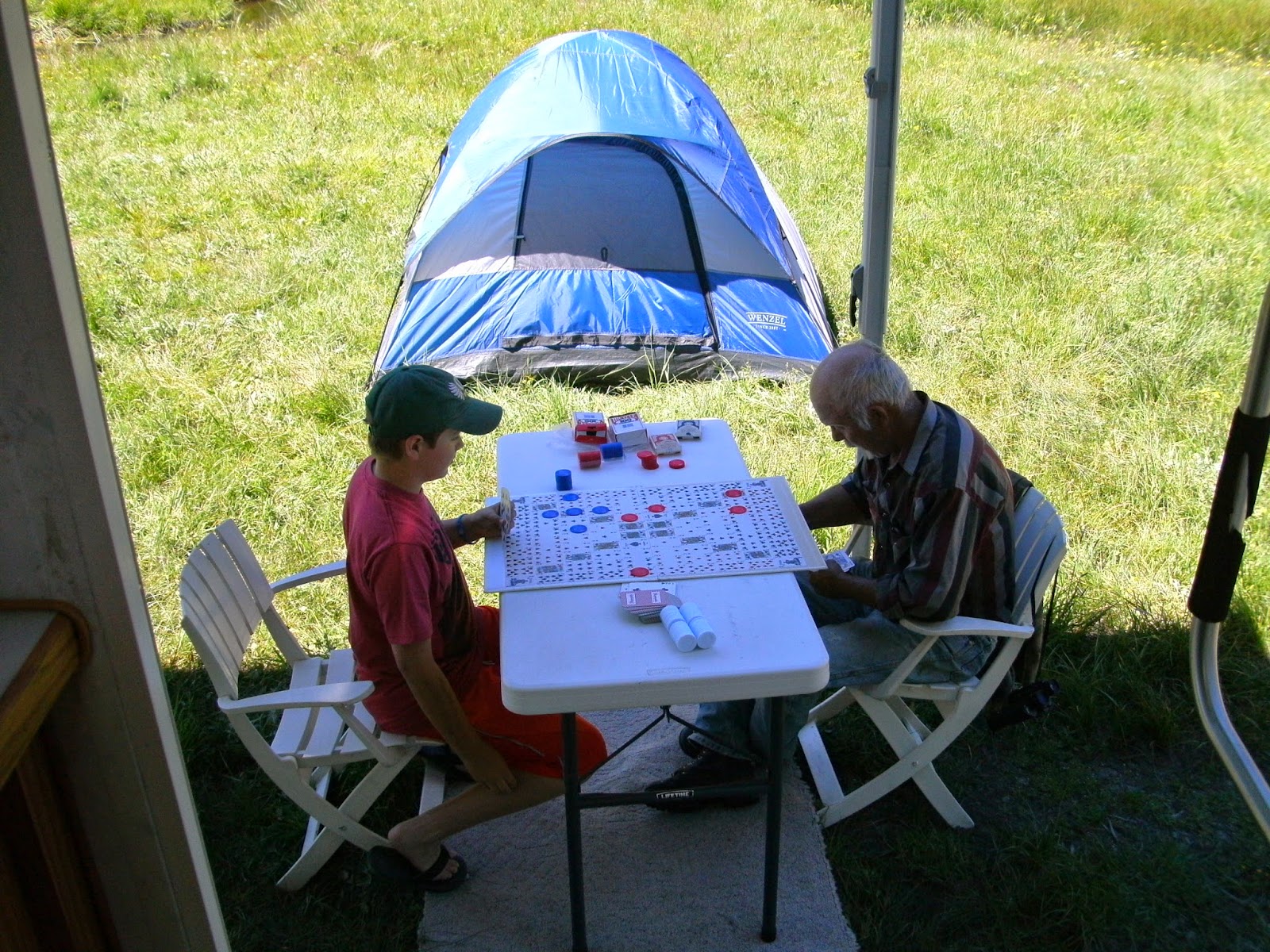 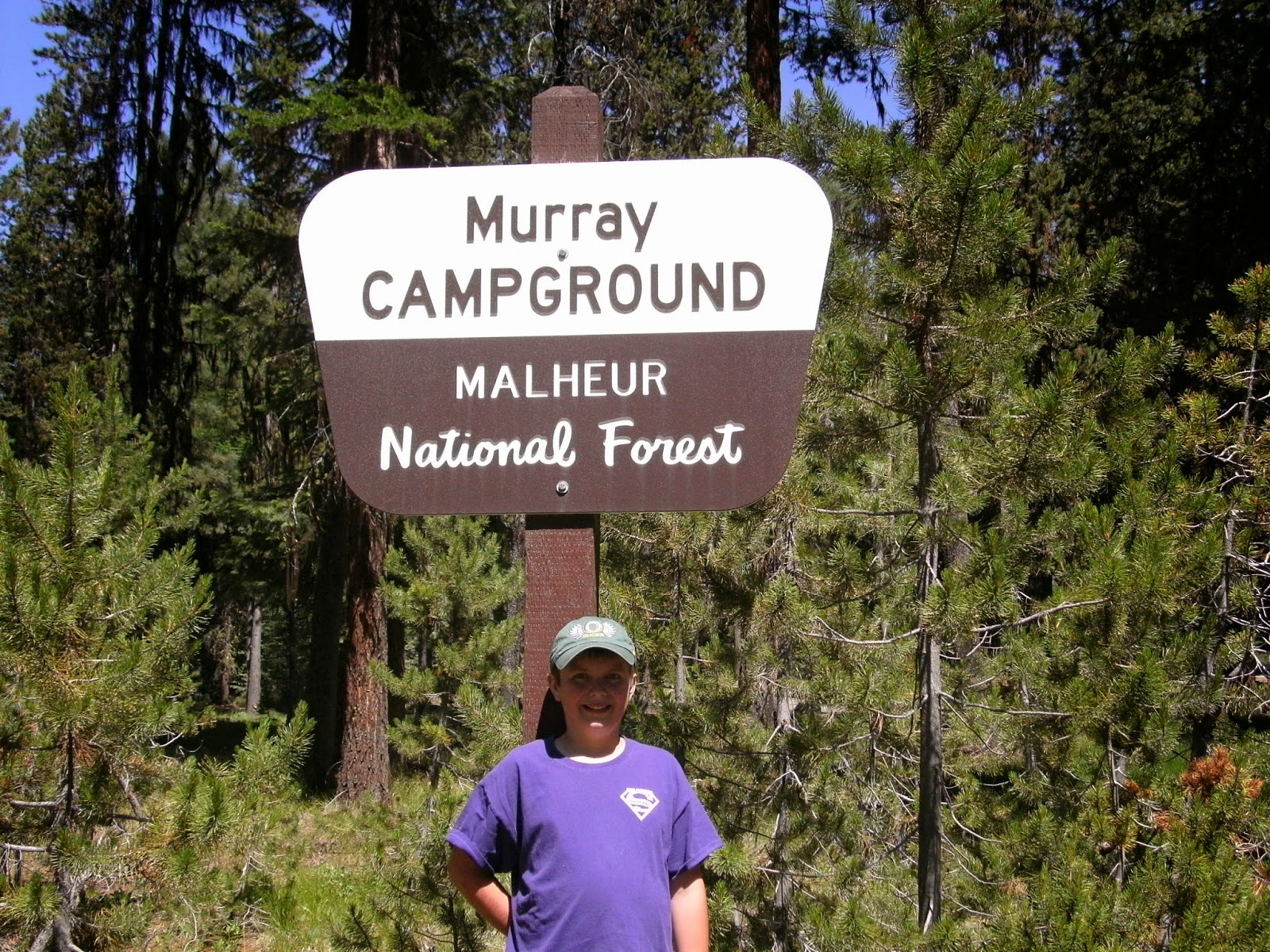 Can you believe it?! MURRAY CAMPGROUND?! So funny! And cool! 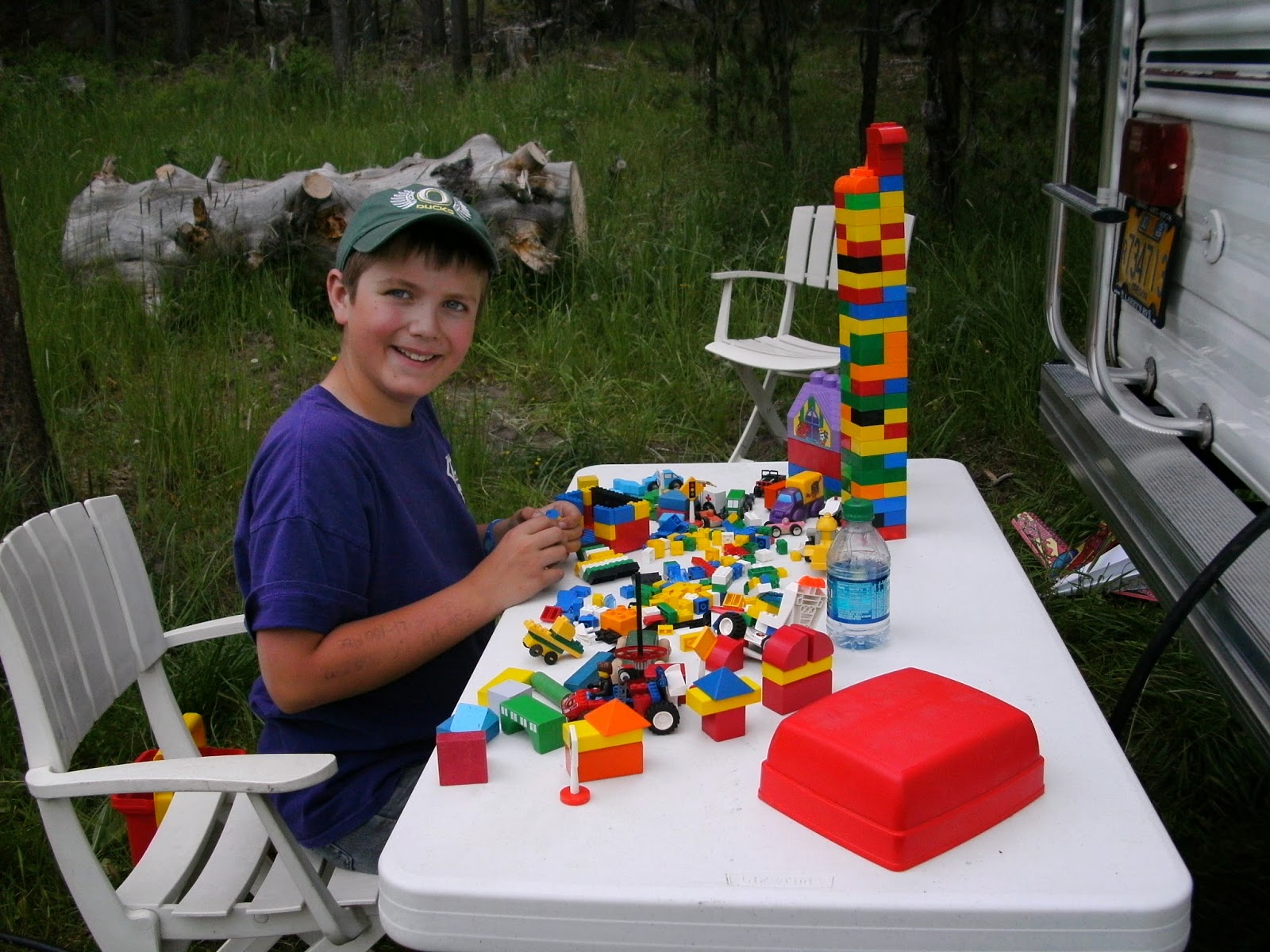 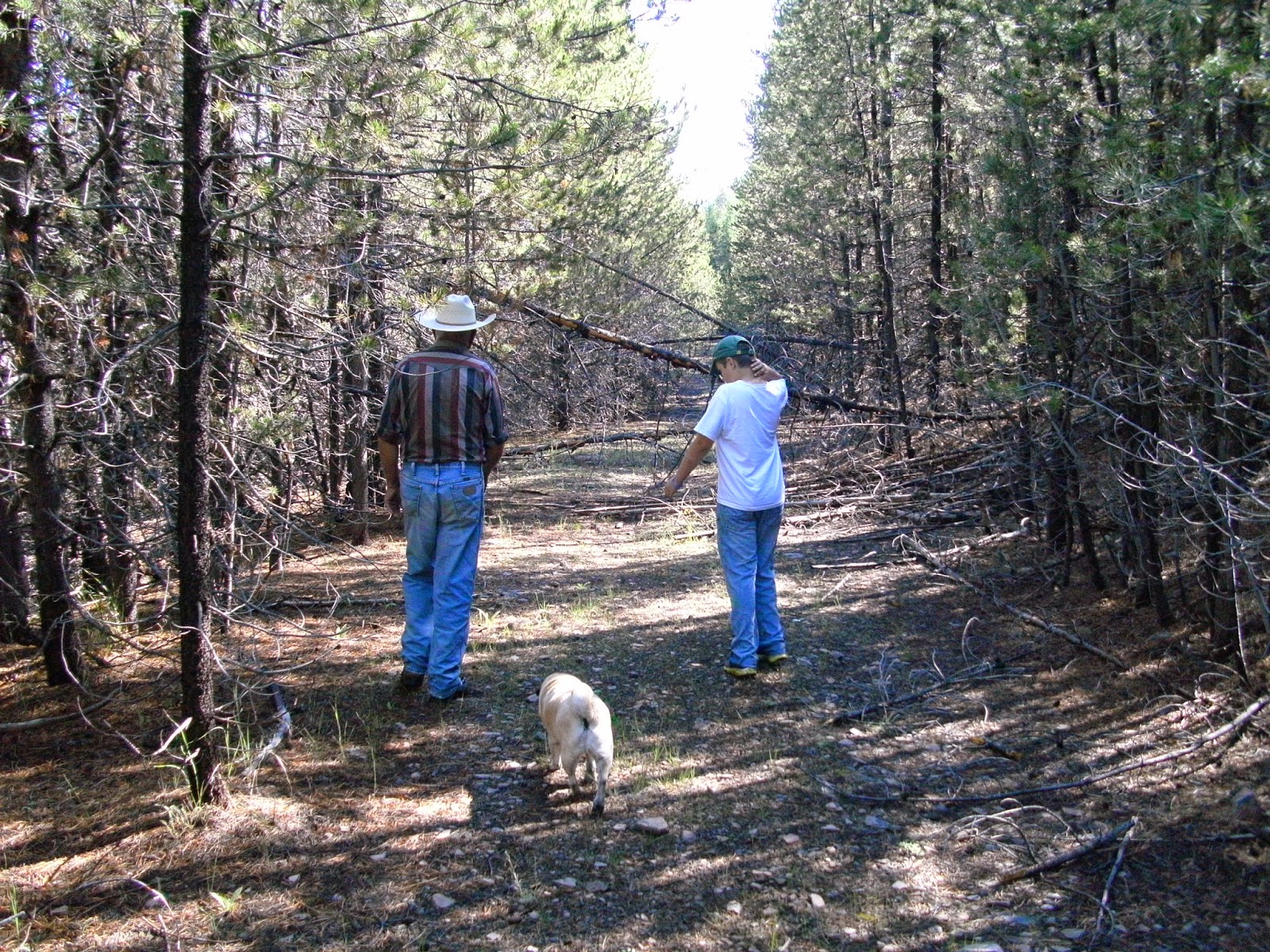 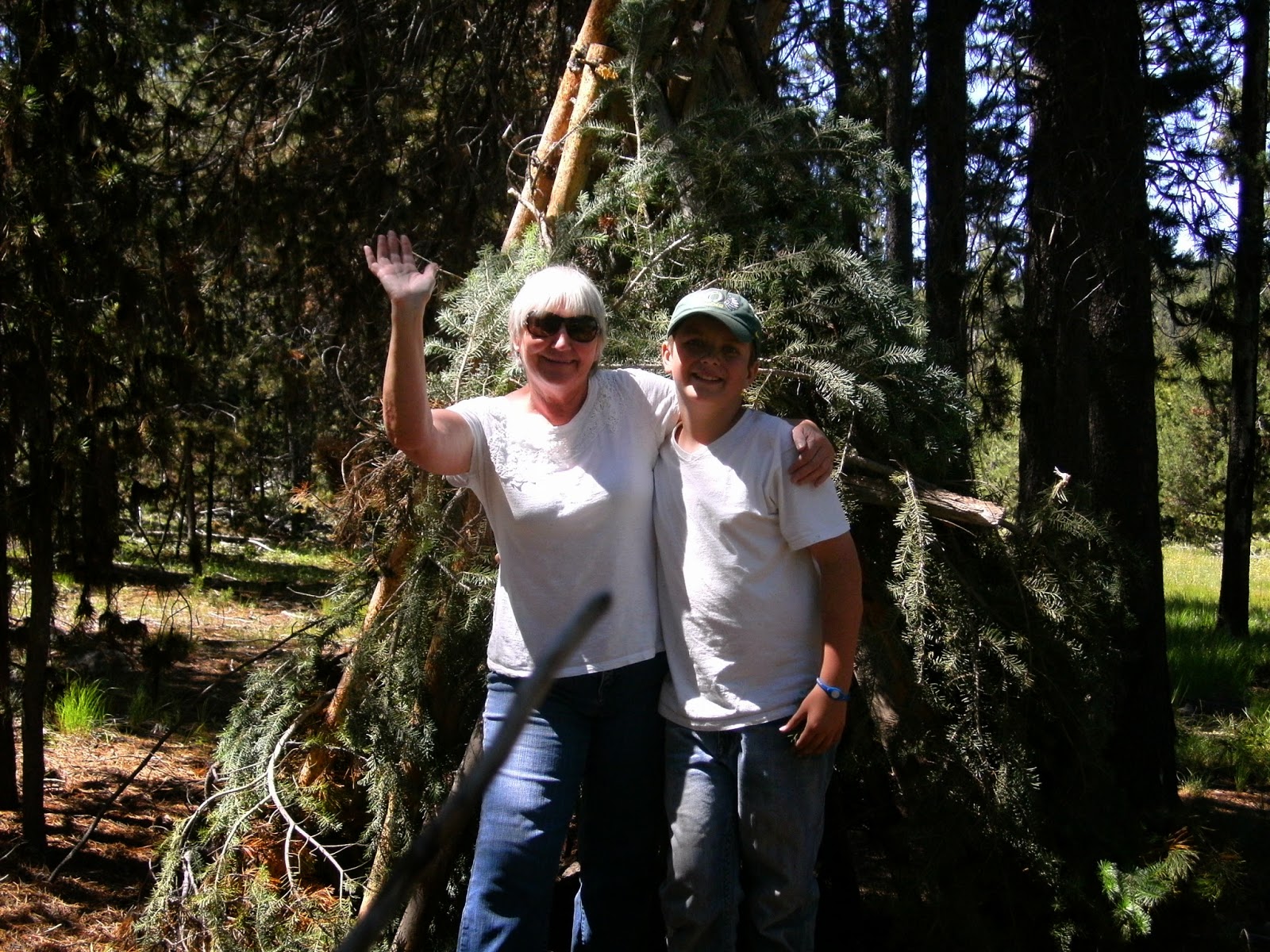 They worked for hours on this, apparently. What a fort! All three of them had a big time constructing it, and it turned out great! I'm sure other kids have been able to enjoy it, as well. 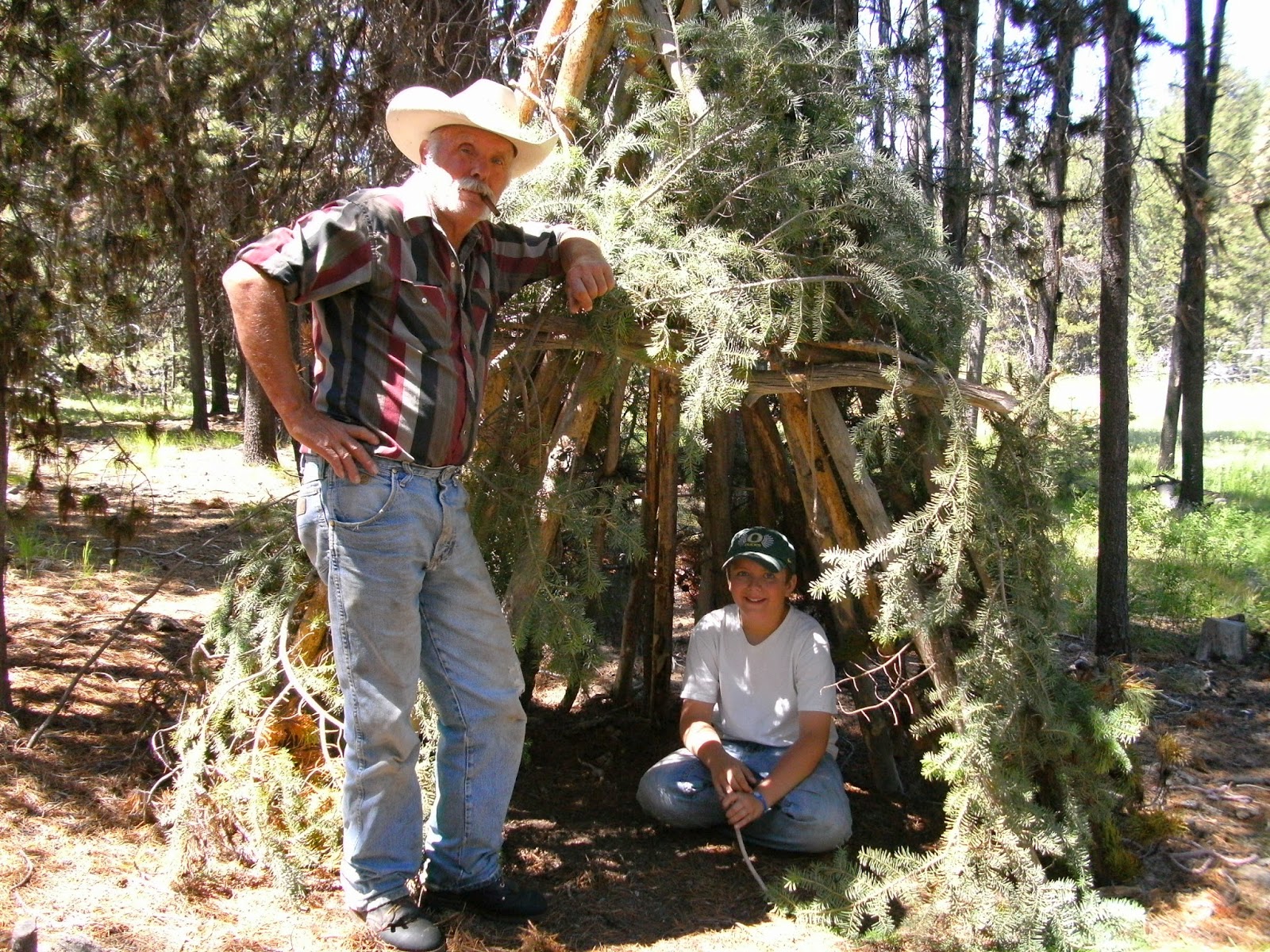 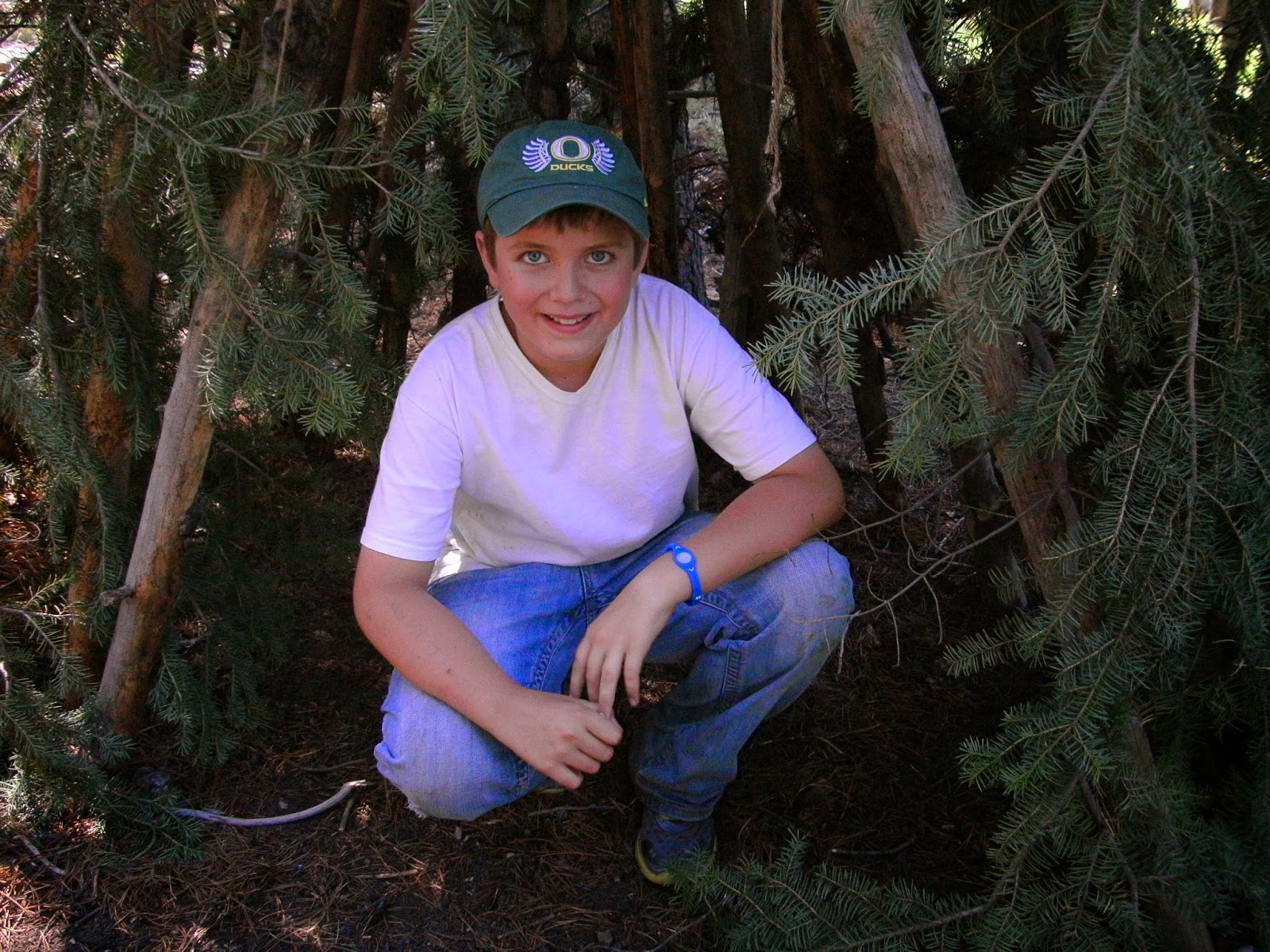 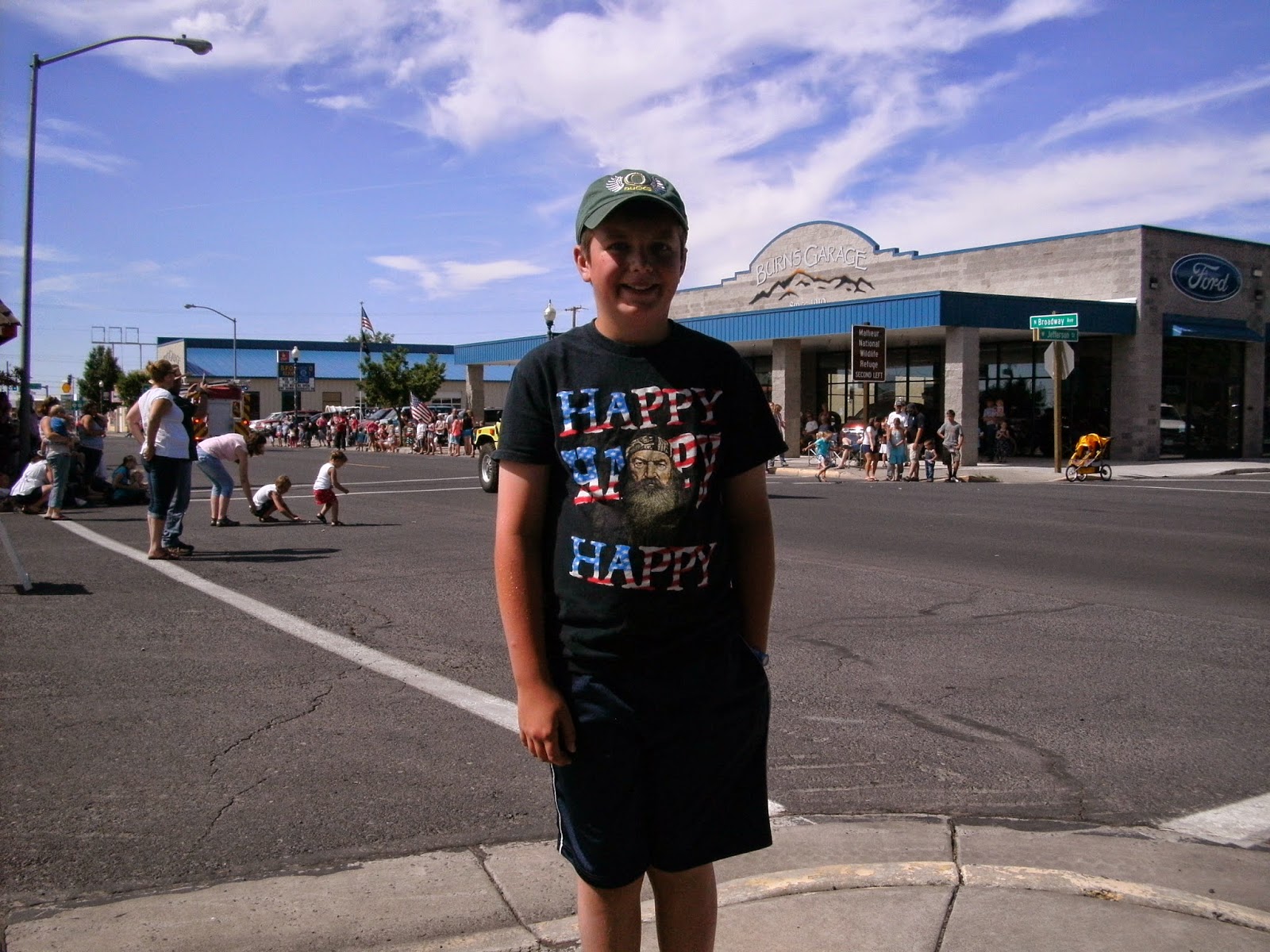 And then they came home to Burns/Hines, and Britt experienced his first Harney County 4th of July, including a parade and a picnic at the park. He was worried to be on his own, but he found that he actually enjoyed himself and he CAN have fun without his sister, and home was still there when we got back to it. He is so blessed to have the grandparents he does - camping is a lot of work, but oh so fun!
at August 01, 2014