Even Cowboys Get the Blues, But Not for Long!

Yes, it is true. Even cowboys get the blues. Especially ones with a badly broken leg! Brady is always so positive and full of life, it was tough to see him a bit depressed last week. He always looks at the bright side of everything. That is our family motto - find the silver lining, whatever it may be! However, every now and then, things happen that knock you for a loop, and even though you know you are lucky, it is still tough to remain steadfastly "happy, happy, happy."

In any case, aside from being a bit depressed and unable to do any of the things he really wants or needs to do, he's doing just fine. The breaks are healing nicely, and he should be able to get off the crutches in another four to six weeks. Then the real rehab will begin! He's been on crutches for five weeks, now. He's pretty handy on them, too. (Although he did take a crash on them with Britt, but thank goodness he fell INTO THE CAR and on his nose - his leg was fine. The only thing to suffer real injury was his pride...)

If you know Brady at all, then you know he is a mover and a shaker, and he doesn't stay down for long. I don't know many folks who could beat a 10% chance of living, such as he did back when he was on life support for six days and in the hospital for four more days due to the septic shock his body was in from untreated pneumonia. He's tougher than nails, no doubt about it. But he's as sensitive as they come, too. And when you are used to moving and shaking such as he does, it gets old to not be able to do the things you want to do, even though you know you are lucky to be alive.

Nevertheless, he is getting better every single day. And as we all know, the days are flying by! He will be back on his horse in no time at all, and those blues will be nothing more than a distant memory. Getting back into his jeans this week has been a great help - he does not like to wear shorts! The wedding we went to last Saturday and our excursion to Portland for the WWE Monday Night RAW greatly lifted his spirits, as well. As he told his doctor, he feels like a half a million bucks! I predict he'll be back to feeling like a full million before long. I've said it before, and I'll say it again - you just can't keep a good man down! 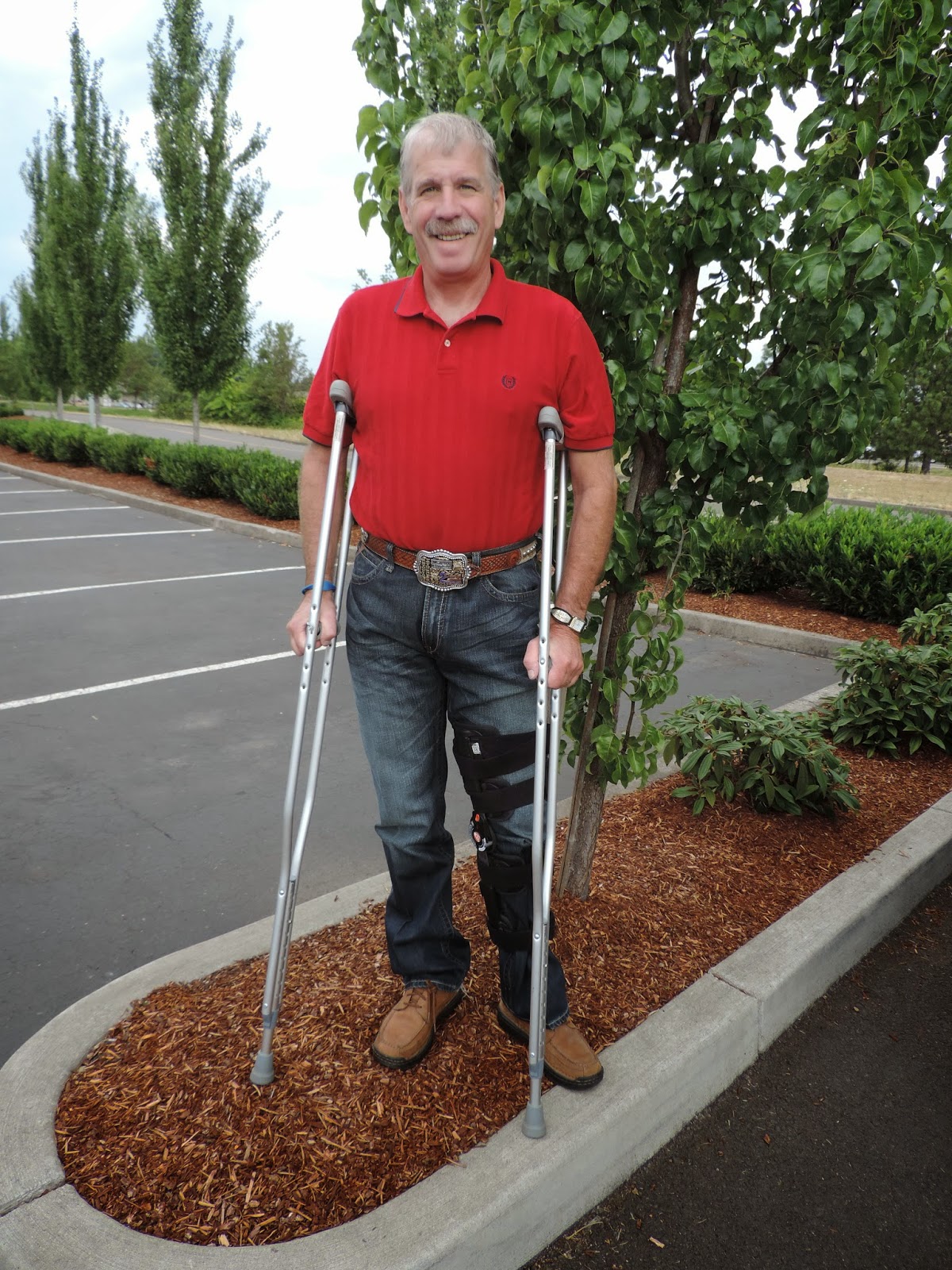