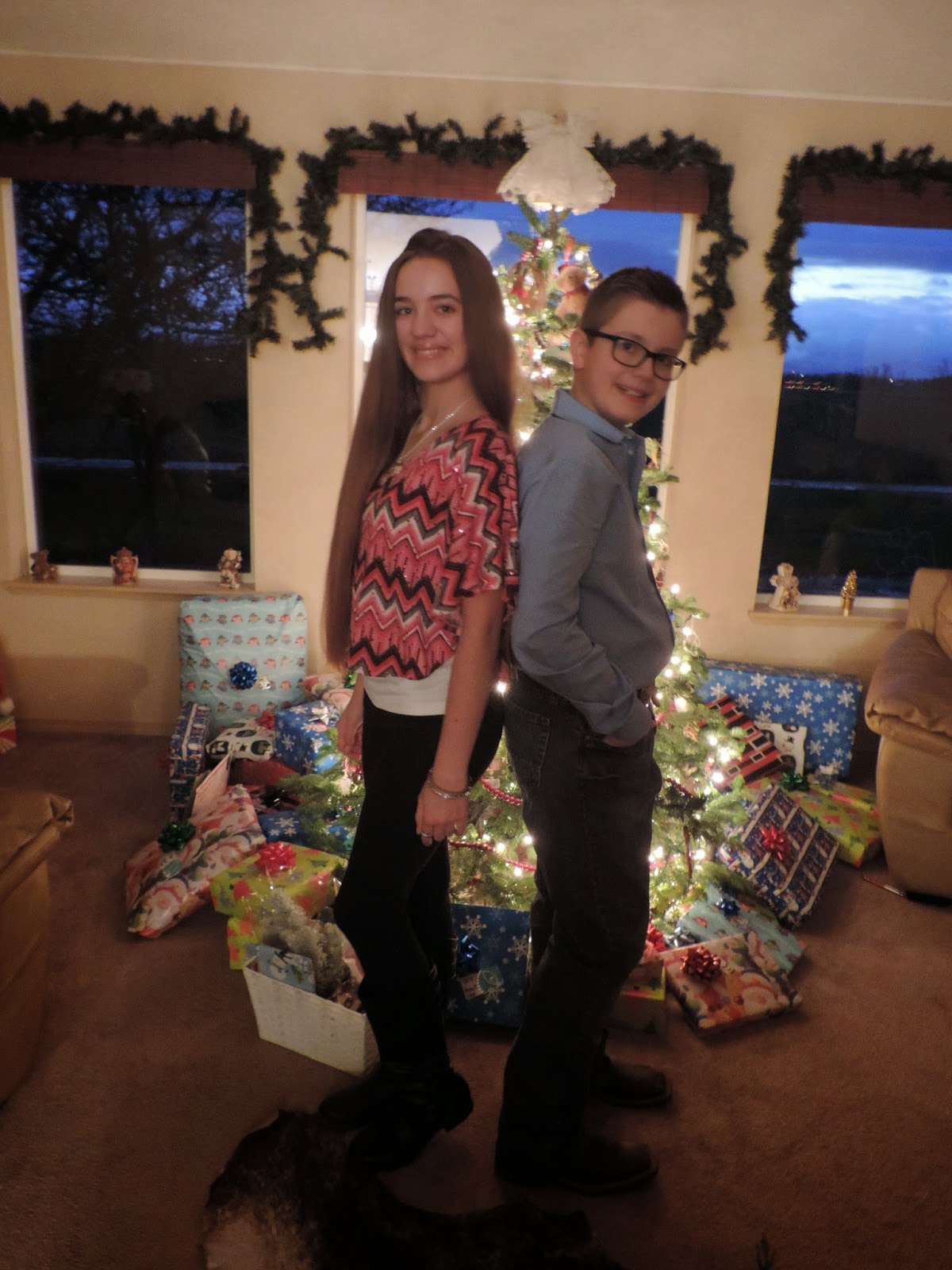 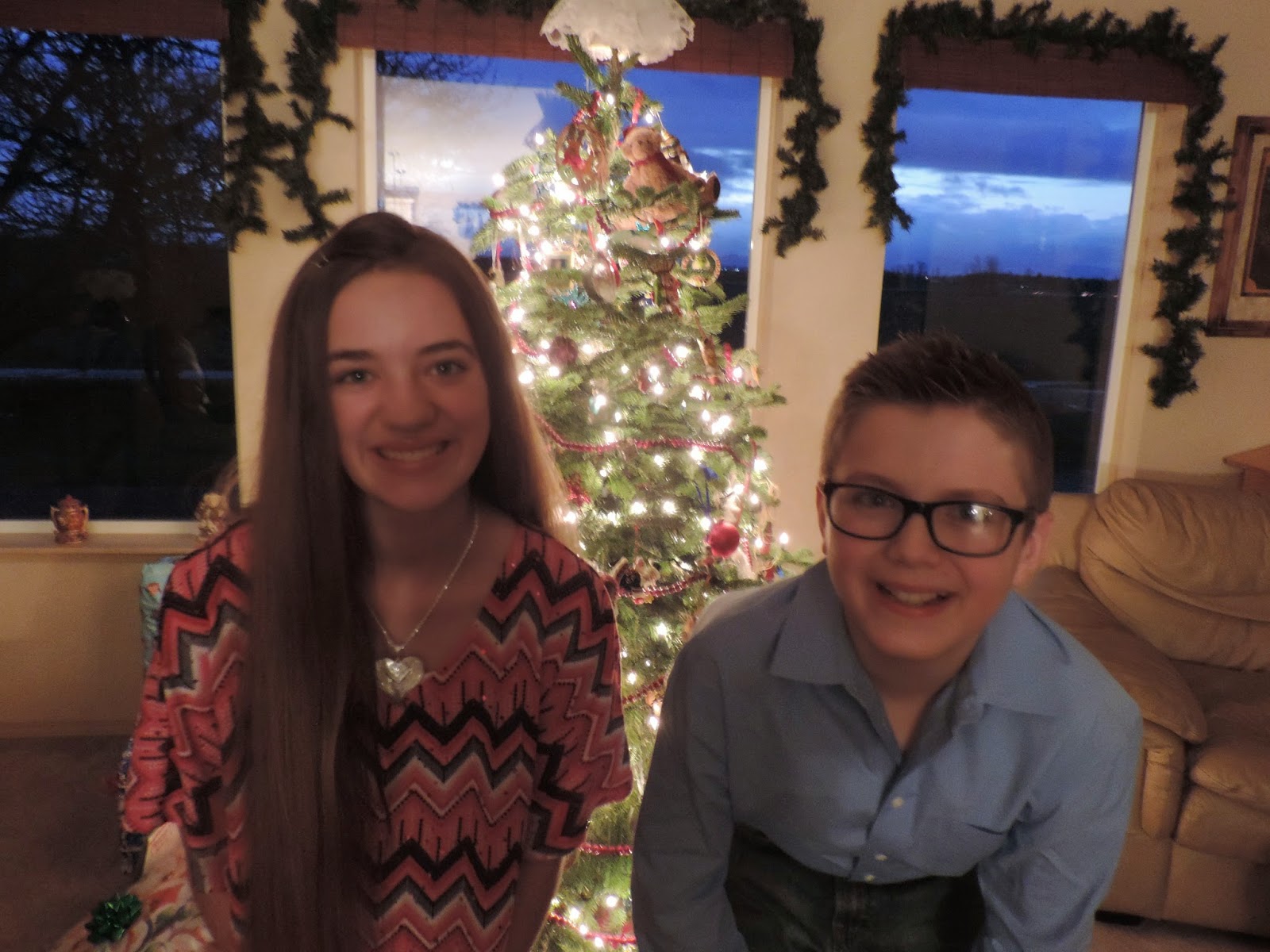 And below, after mass, right before they open the traditional One Present on Christmas Eve, the PAJAMAS. Notice how the packages are wrapped exactly the same, which is what I do, every year. Except, guess what? I was so strapped for time, I must have gotten a tad bit mixed up in my wrapping, because, unbeknownst to me, these two packages, which I THOUGHT were their pajamas, WERE NOT PAJAMAS AT ALL! Instead, they were their WWE shirts. EEEEEEEEEEEEECK! Oh well! Rather than get upset about it, we laughed, and they opened their traditional ornament (which I search high and low to find) to commemorate their year. So we didn't start Christmas morning with their new pj's, but that's okay. This was a Christmas with lots of changes... 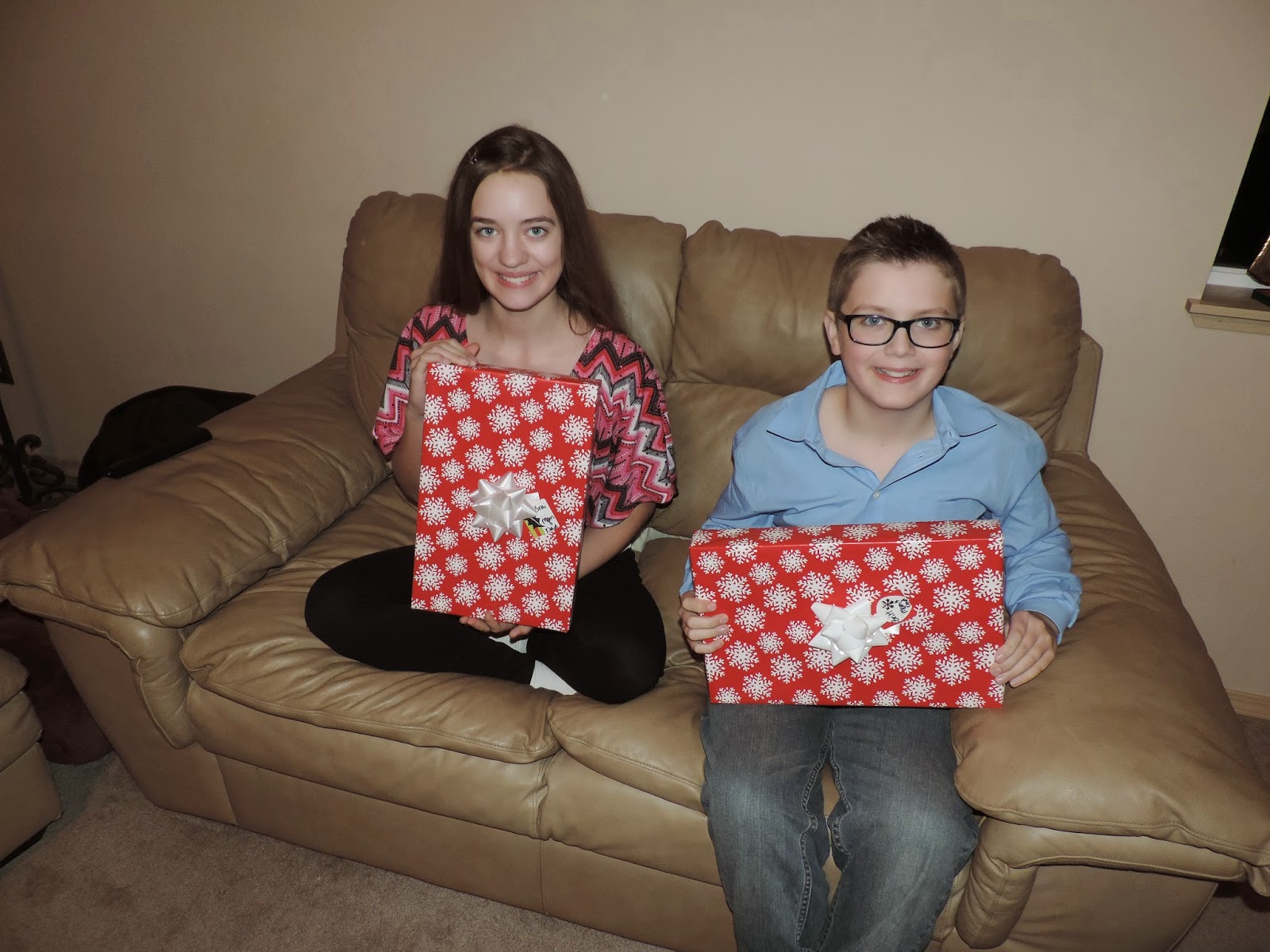 The biggest change was having to finally tell them "the truth" about Santa. Brailey had it figured out and was just playing along. Britt, however, was on the verge of believing and wanting to know the truth. Too many kids at school told him Santa was actually his parents. (Why can't "those kids" just keep the secret? Why do they have to ruin it for others?) Yet when he found out, he was devastated, because in his heart, he DID believe, and not only in Santa, but the Easter Bunny, too. He was truly heartbroken. After several days of Britt saying he just couldn't believe Santa wasn't real, Brailey finally got a bit irritated and said, "Oh Britt! Why didn't you just pretend you believed like I've been doing for the past three years!" She's a very good actress, our Brailey. In any case, it took a lot of pressure off Brady and I. We didn't have to sneak in the Santa presents late on Christmas Eve. Nor did we have to quietly fill the stockings, praying they were sleeping and not listening to us. Thus, we started a new tradition of buying each other a small gift for our stockings, so Brady and I had stockings for the first time, which was fun, and the kiddos had a great time finding a small something to go in them. And below, I couldn't resist a picture of one of my gifts from Britt, a true Mama's Boy. 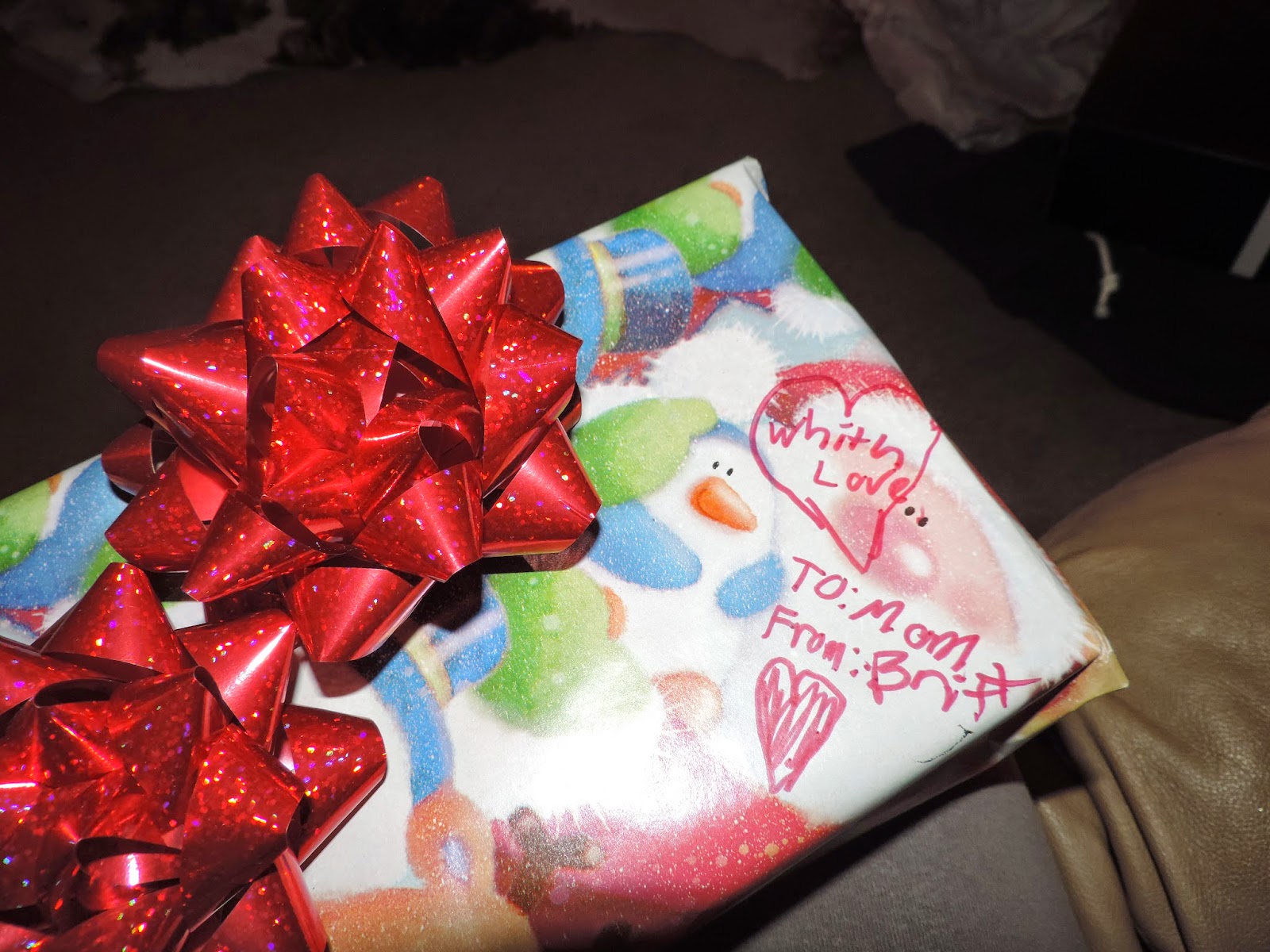 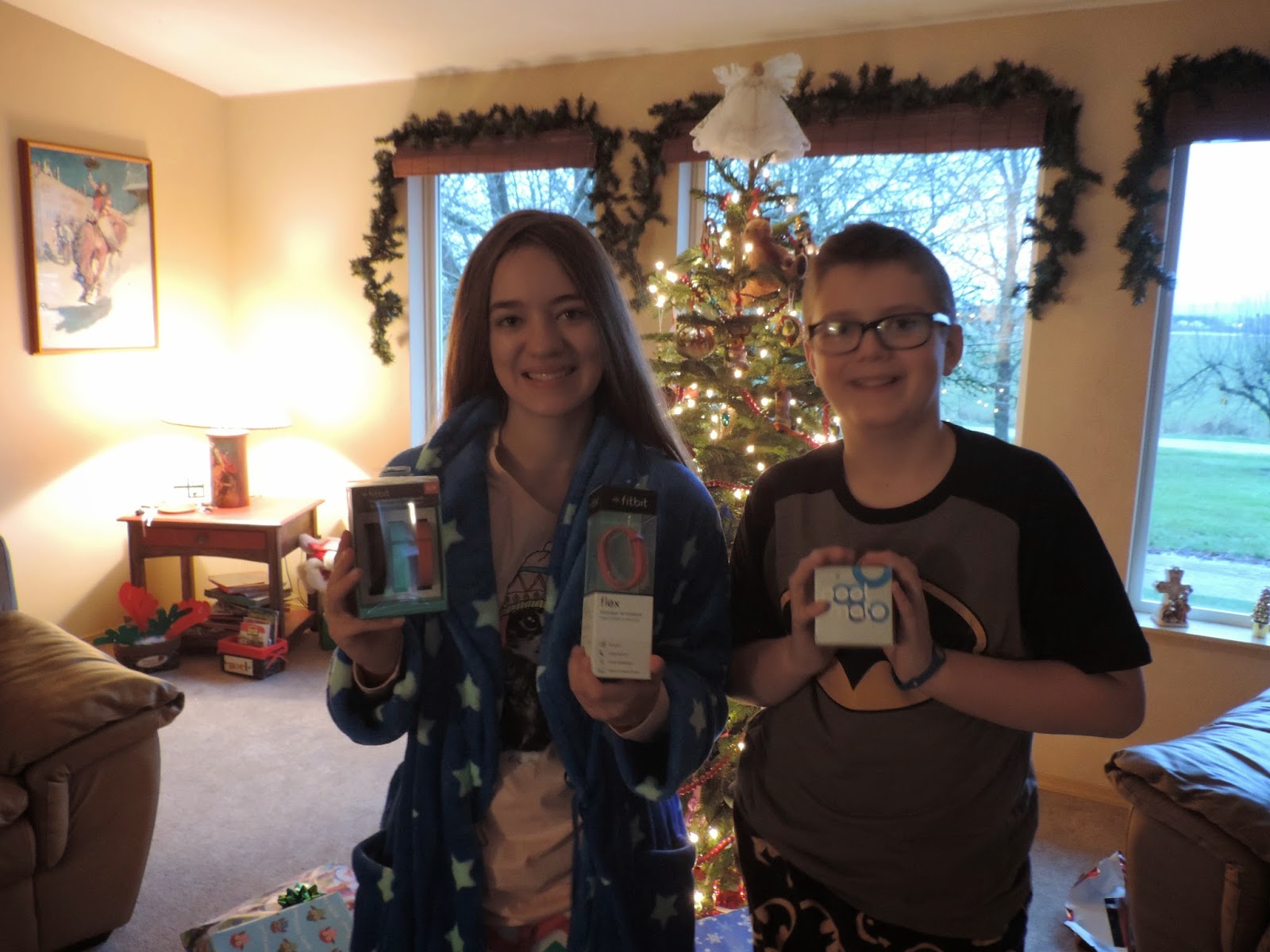 Once we finally found the pajamas, they quickly donned them and didn't find their way out of them until the day after Christmas. Pajamas are kind of like their ornaments, and I have to find the "perfect pair" that exemplifies their year. Luckily for me, this year was easy! 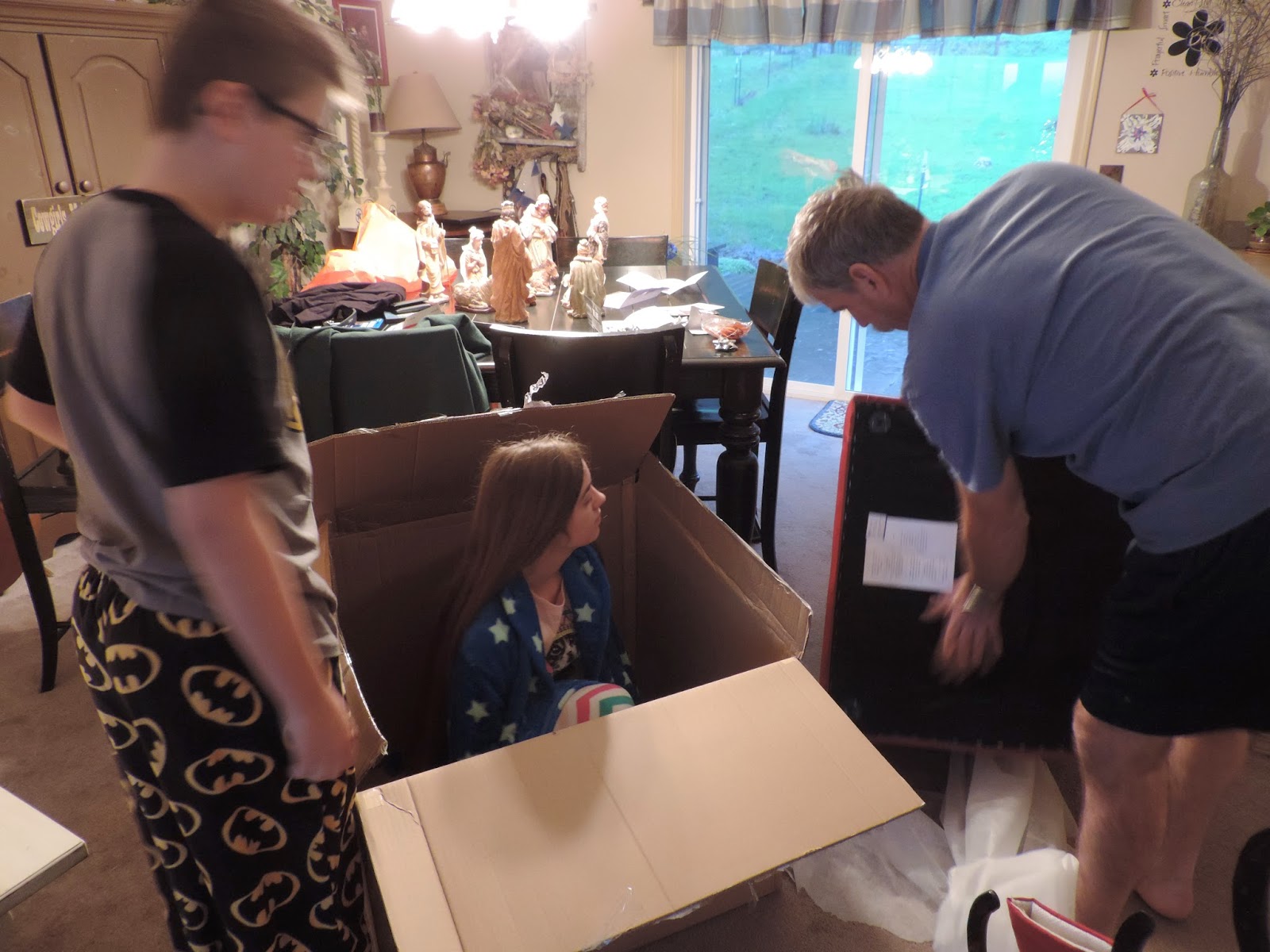 I am a bit embarrased by this picture, because everything is a mess, but that's what happens on Christmas at our house. And I thought it was so cute that our tween, who is halfway through her last year of being a tween and nearly a full-fledged teenager, found her way into this box, just like she used to do when she was a wee little one. Below, can you find the pug? 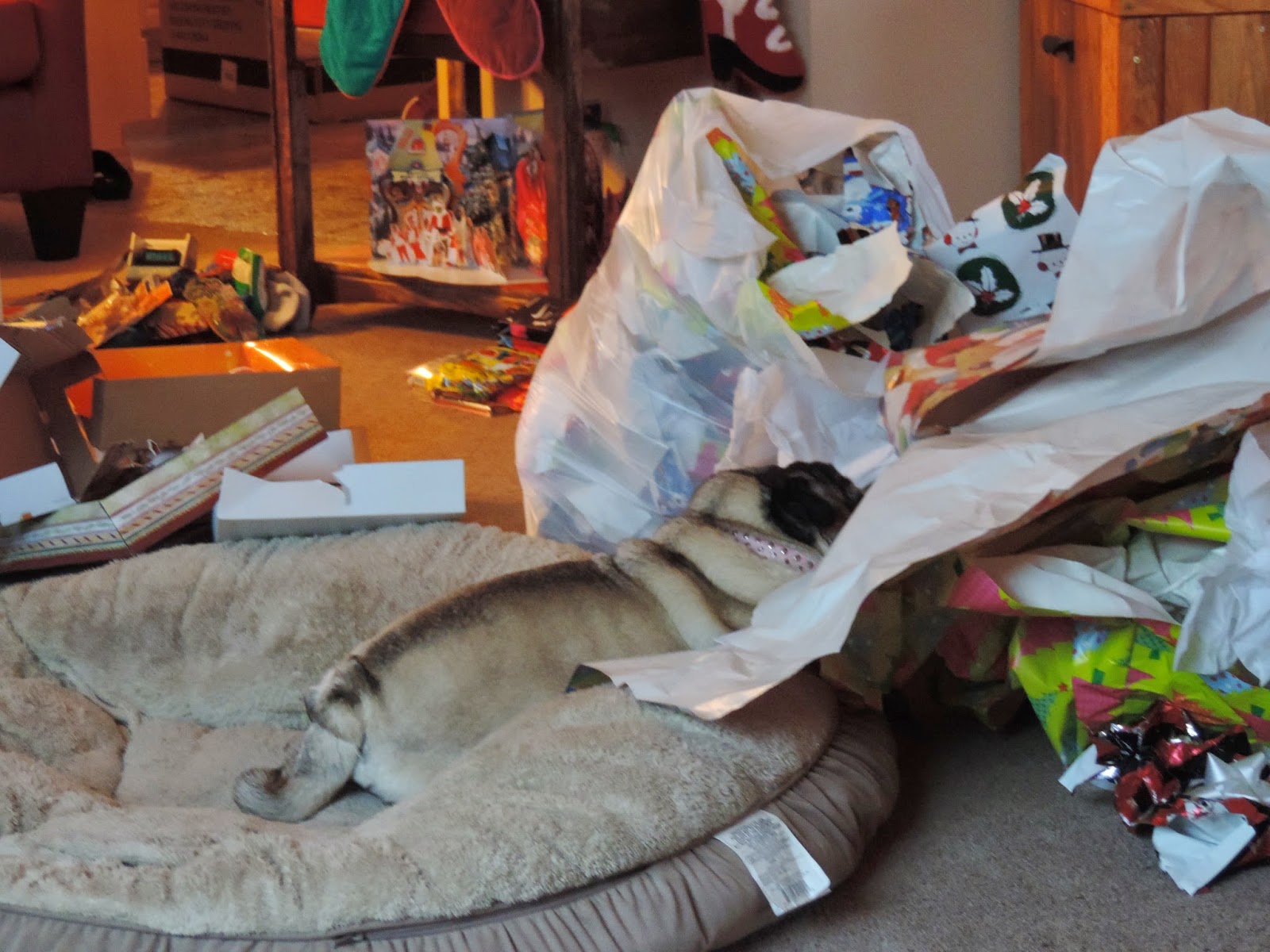 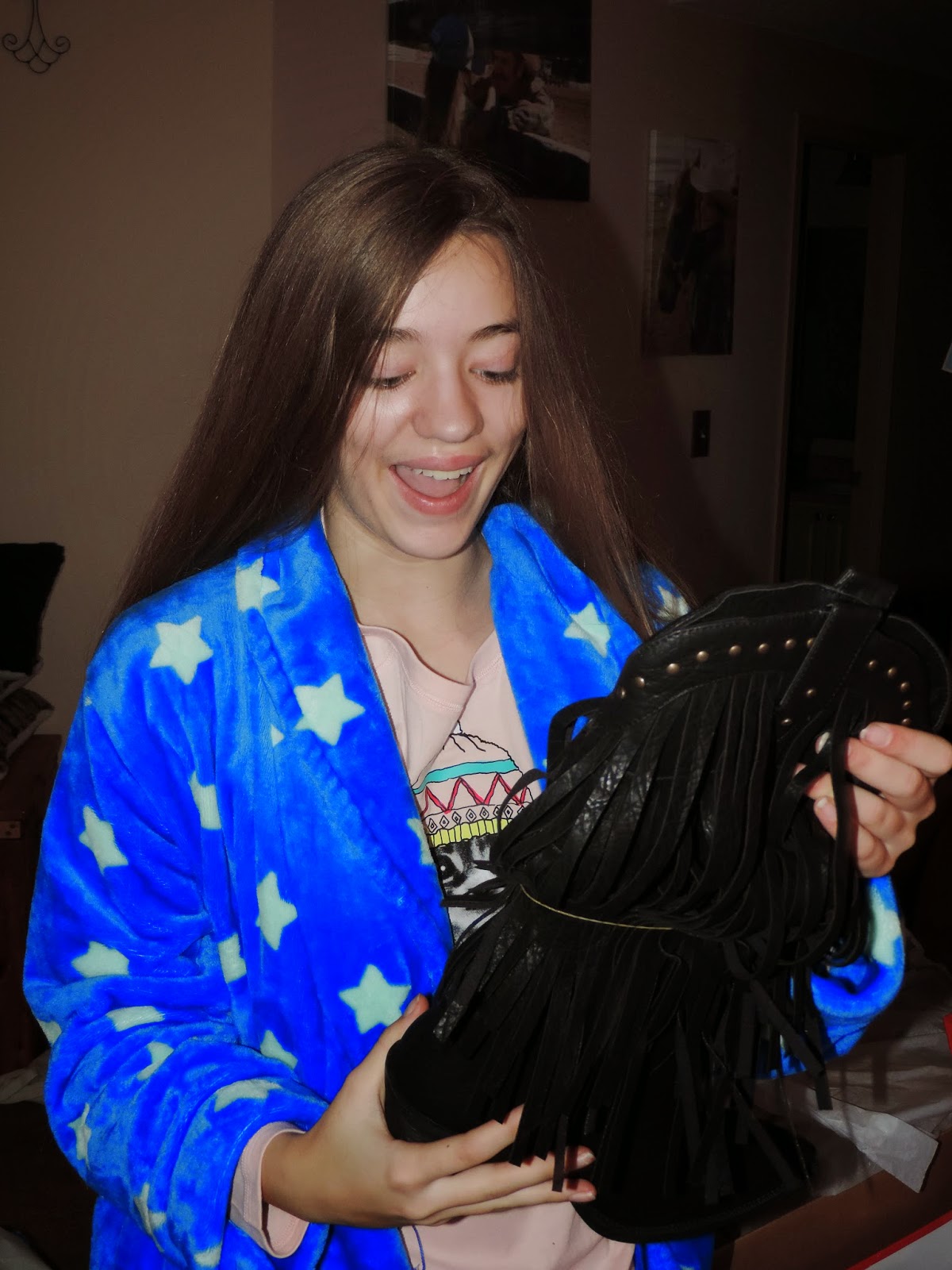 Grandma and Papa's gifts were a HUGE hit - fringe cowboy boots for Brailey, which she is over the moon about...! 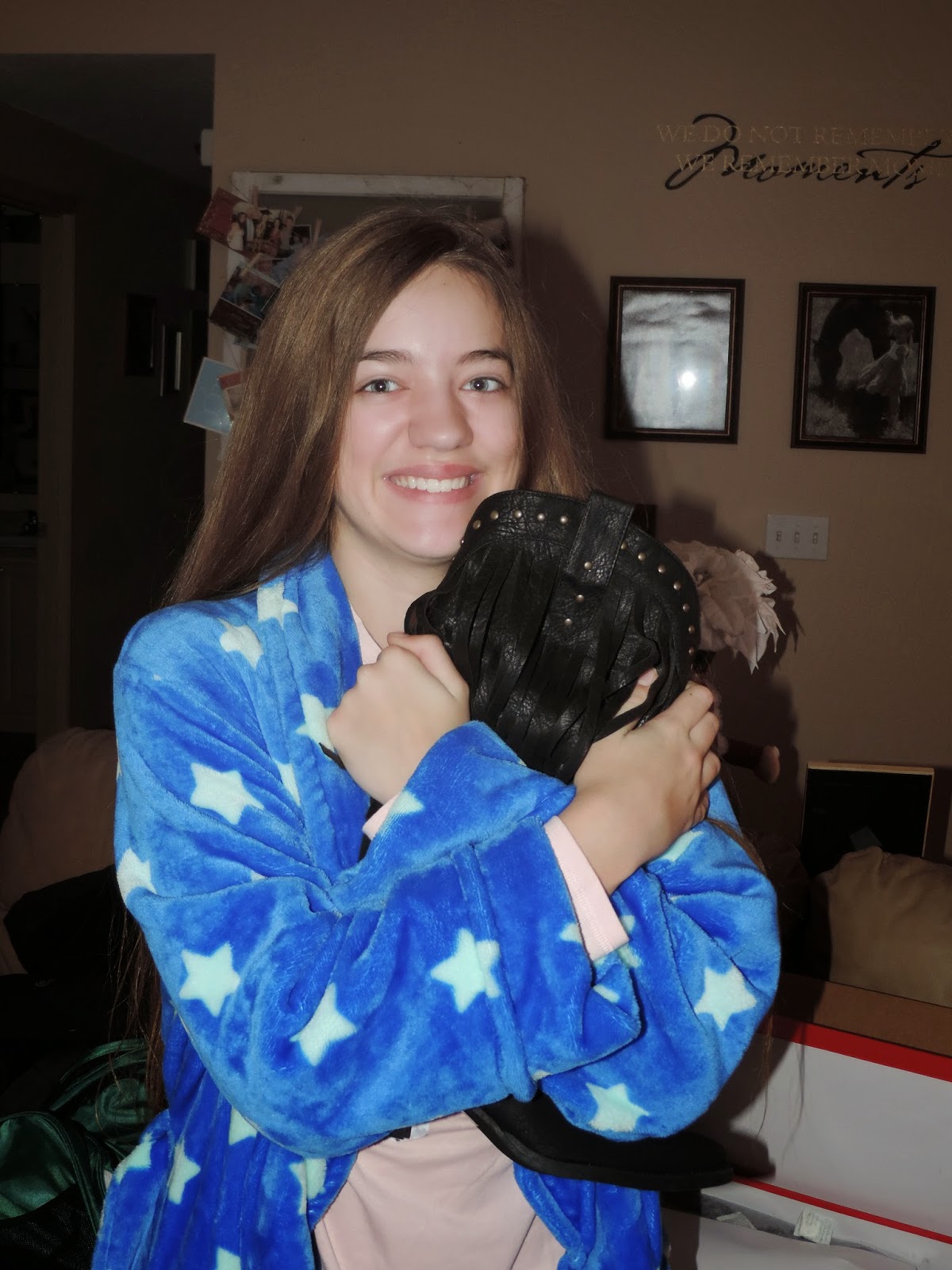 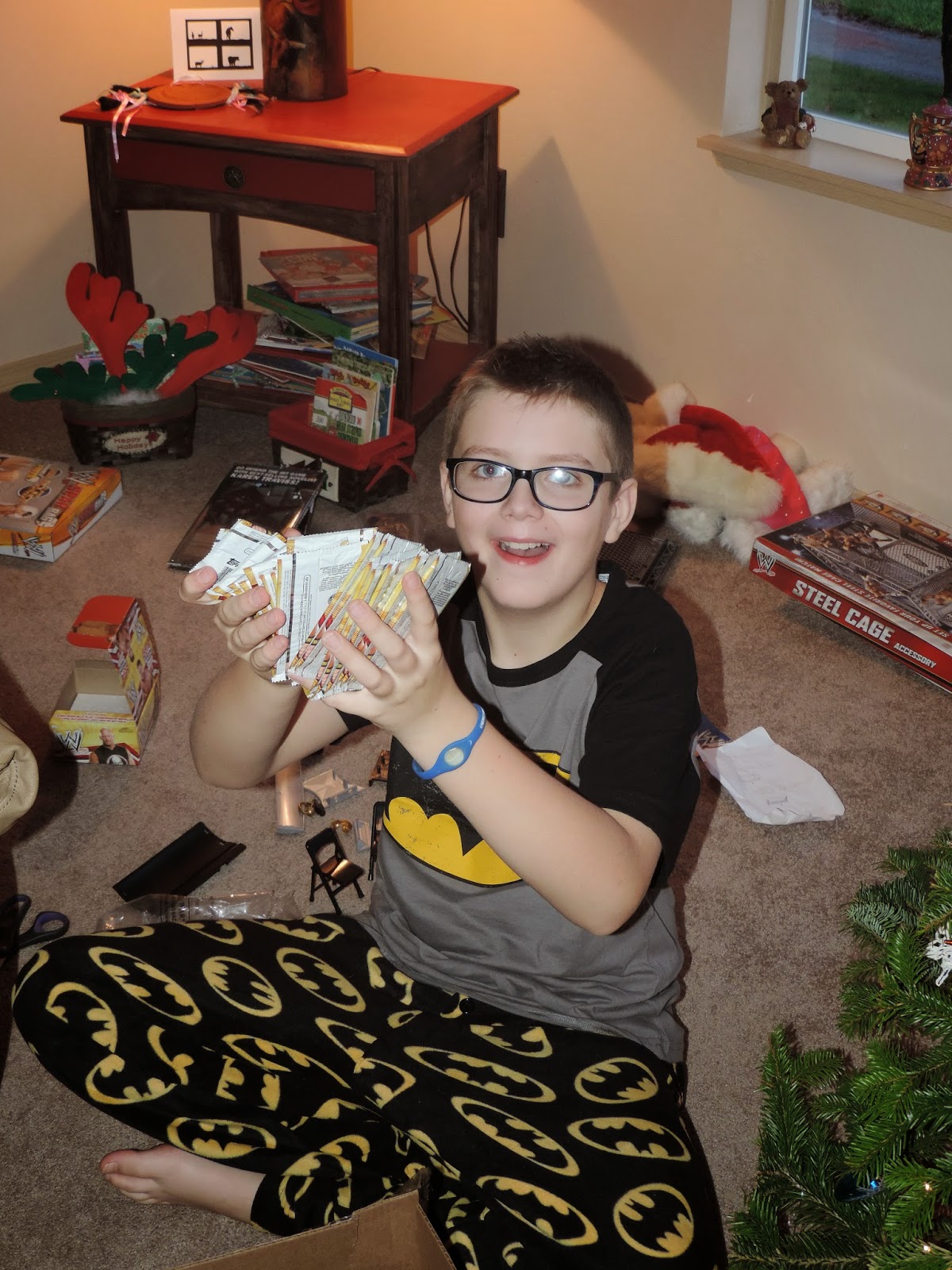 And WWE cards for Britt, which he is ecstatic about! There were two very rare cards in the box, and he still can't believe how lucky he is to have them! He had a big time going through every card, and then later in the day, organizing and putting them into sleeves. 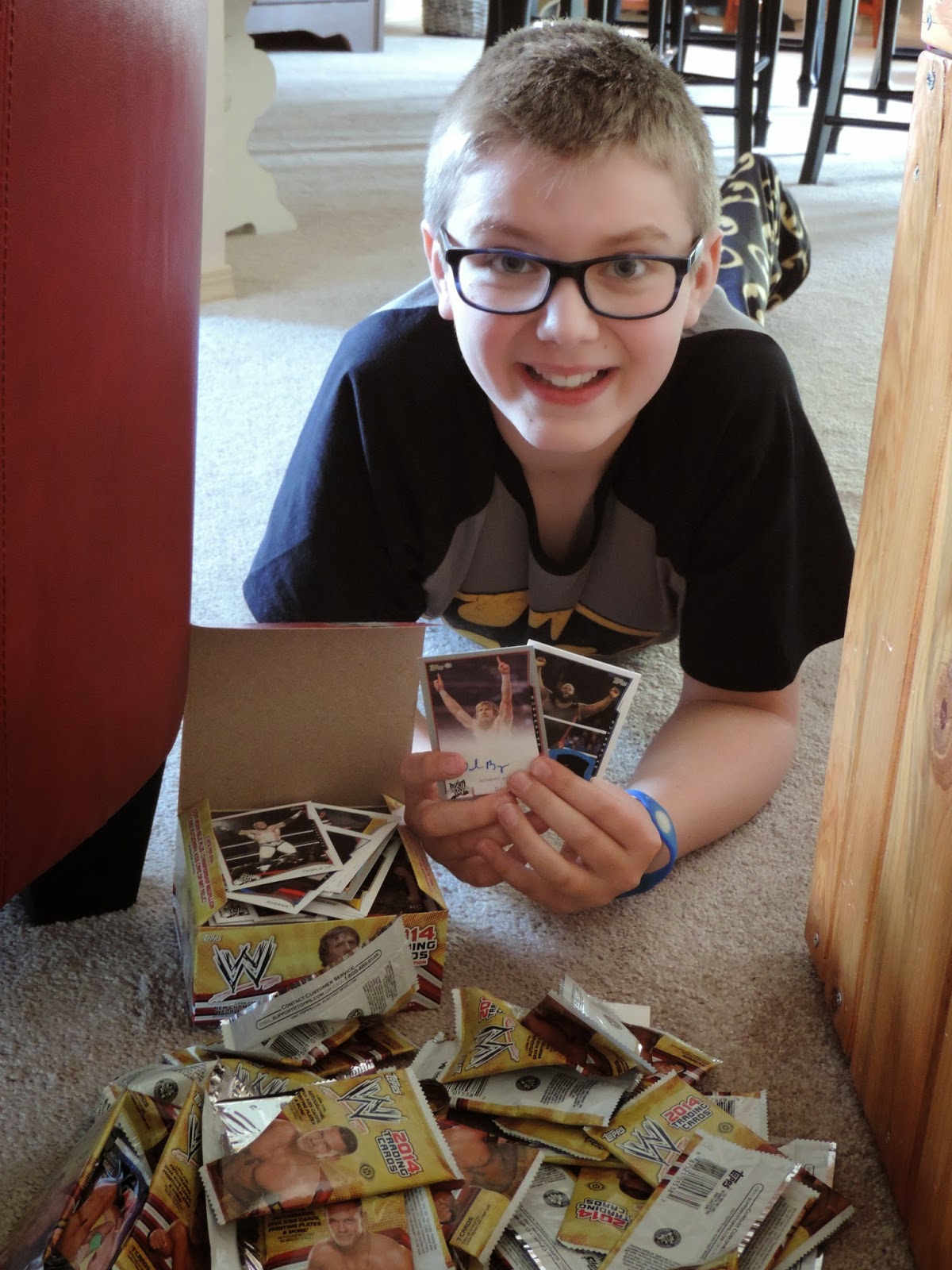 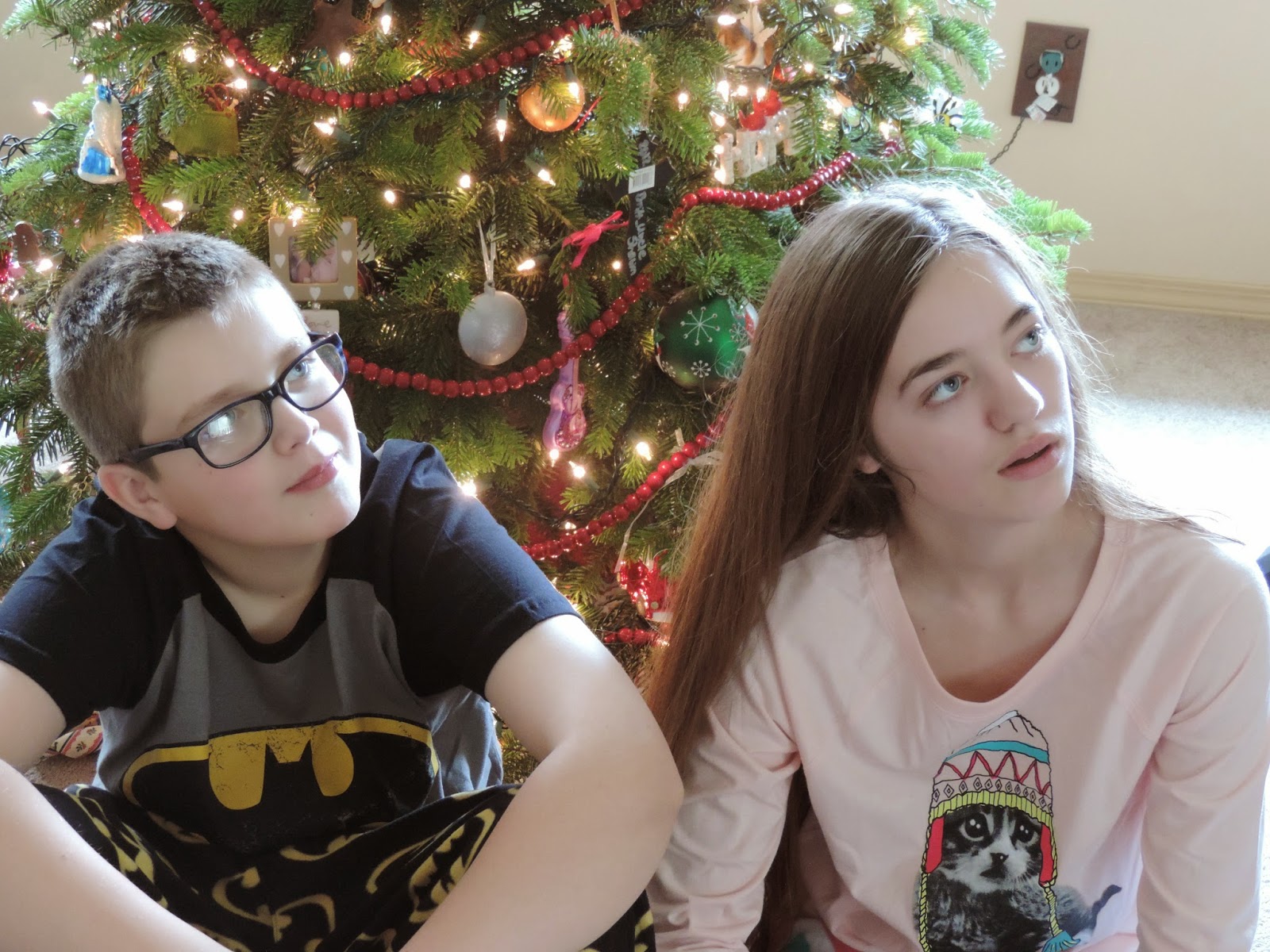 Finally, the traditional pajama pictures, which we USUALLY take on Christmas Eve, but it just didn't work out that way this year. Oh well! They are just as lovely. I love these two angel faces! 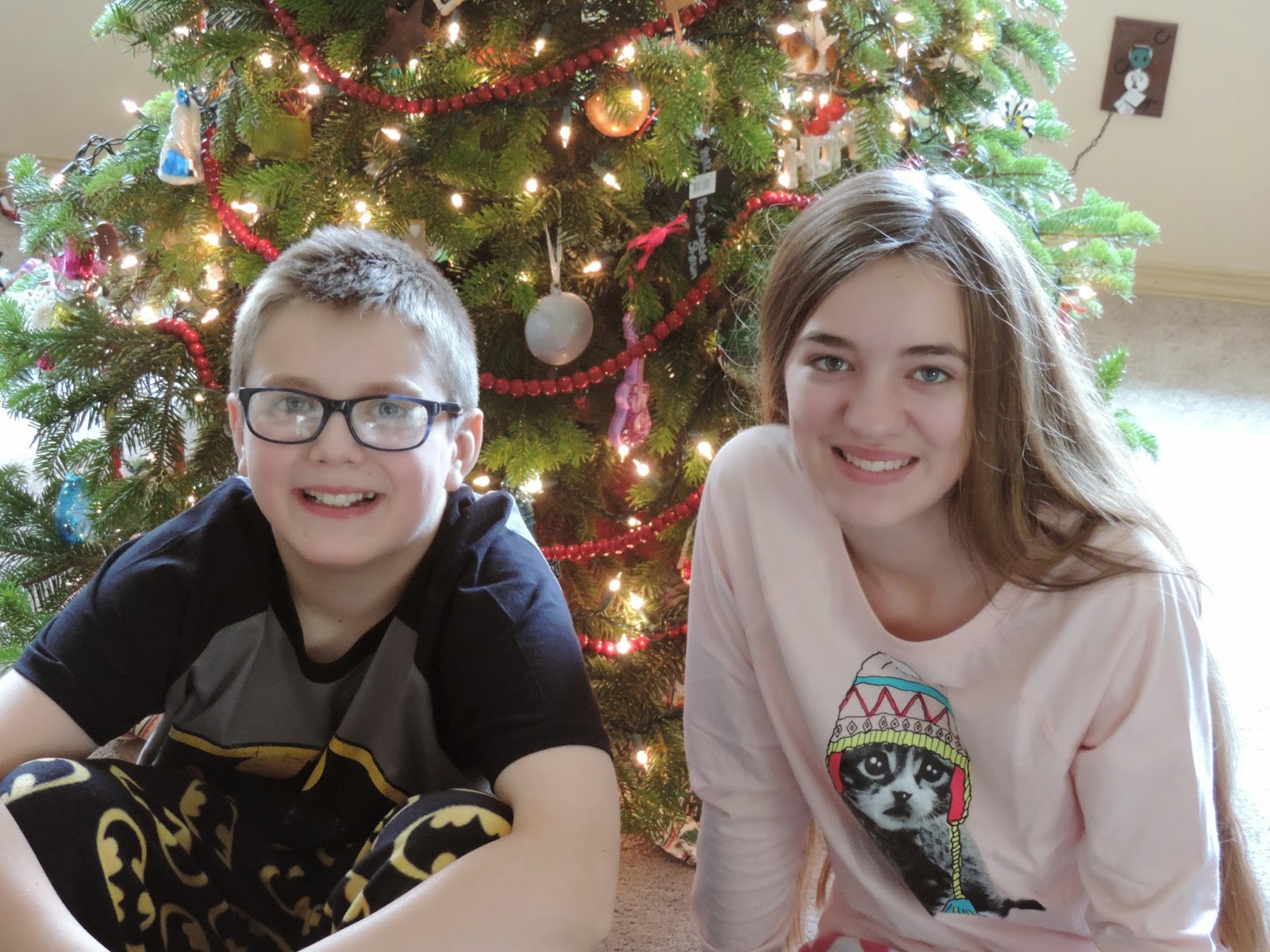 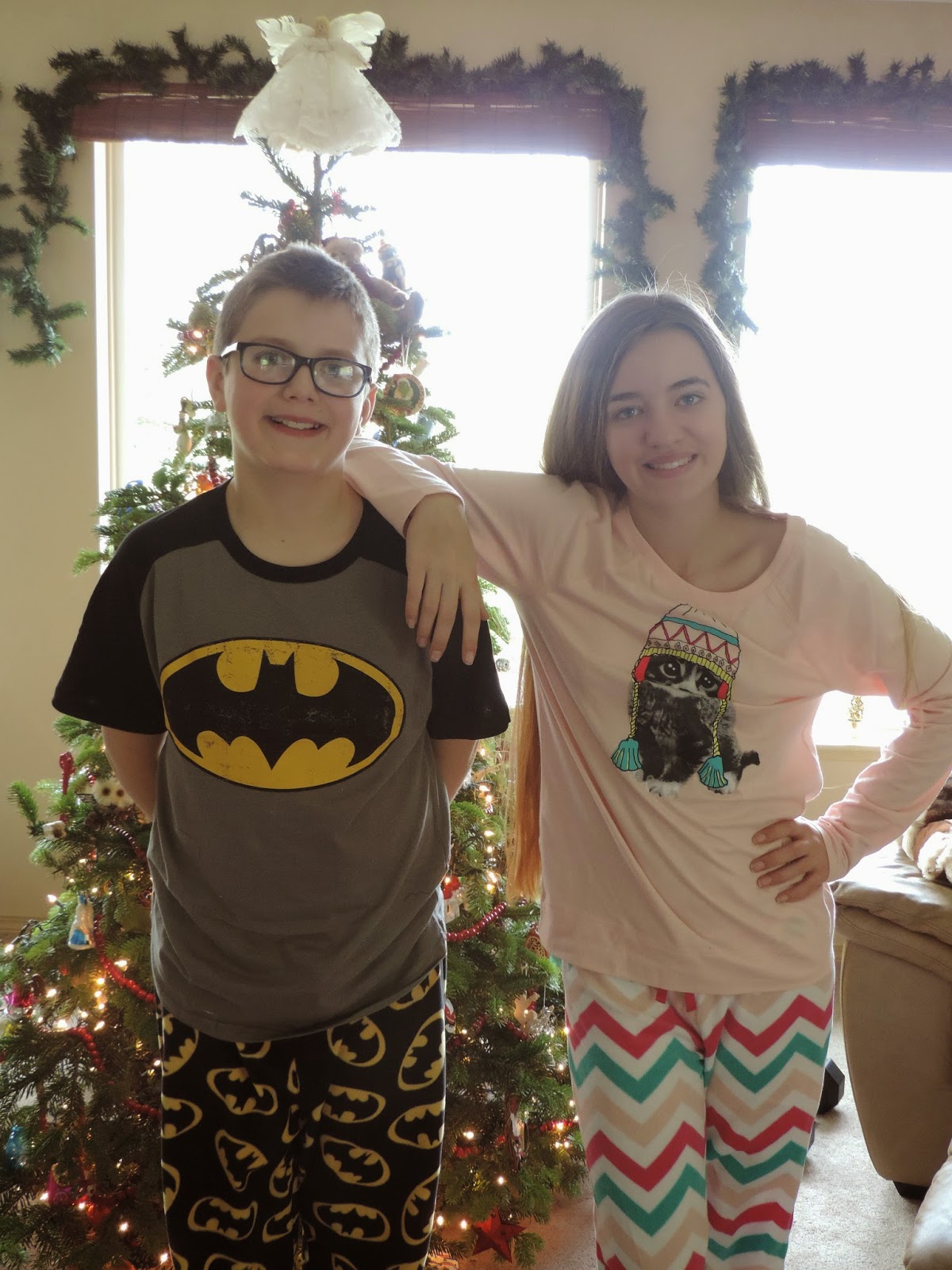 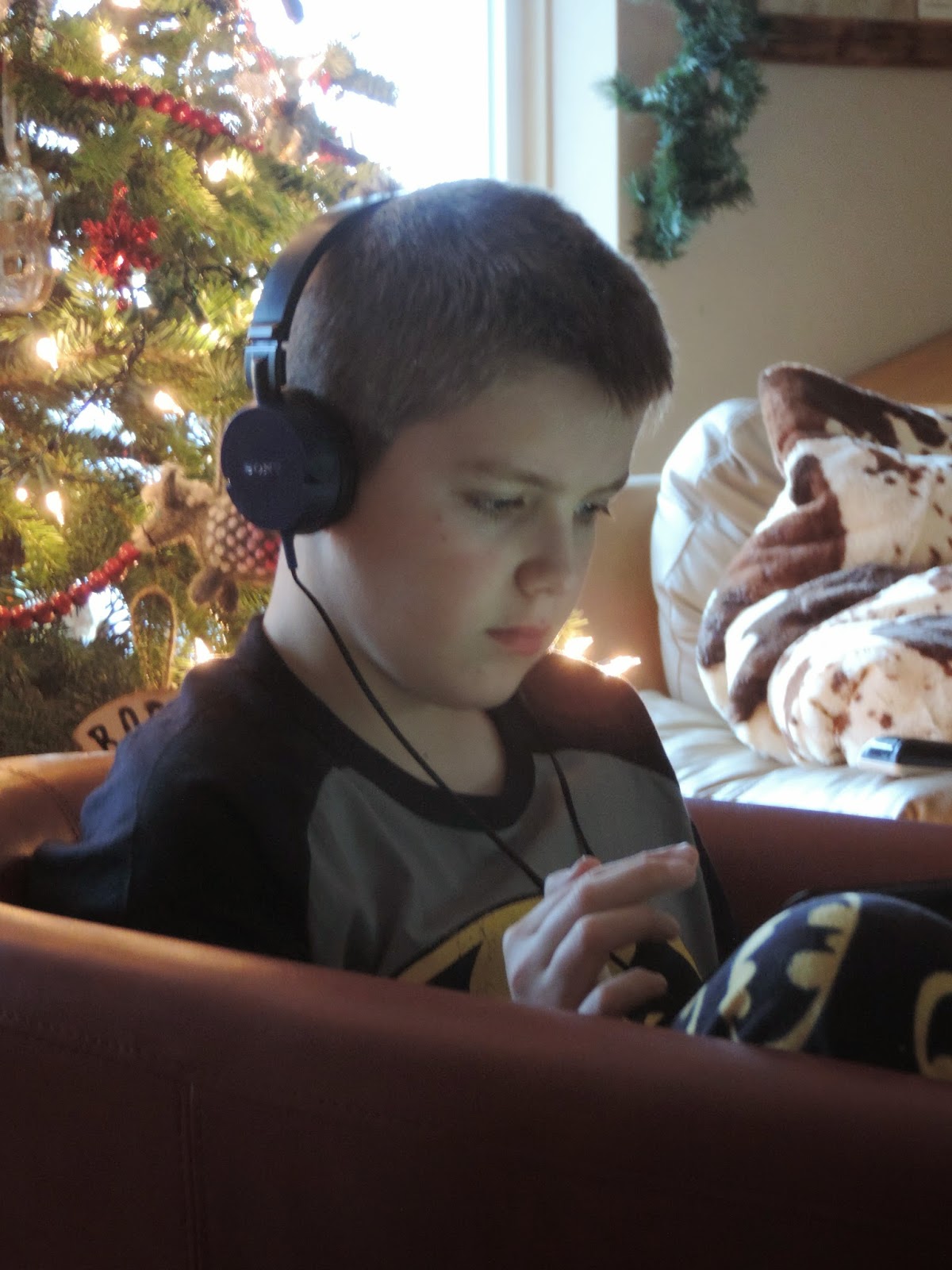 We also didn't have to be woken at the crack of dawn, this year. We slept a bit later, which was a nice change for Brady and I. And after we opened the gifts and sang Happy Birthday to Jesus, we had a wonderful day watching movies and being lazy, something we rarely do. It was a different kind of Christmas, and one that snuck up on us, causing a bit of stress in the weeks leading up to it, but it turned out perfectly. 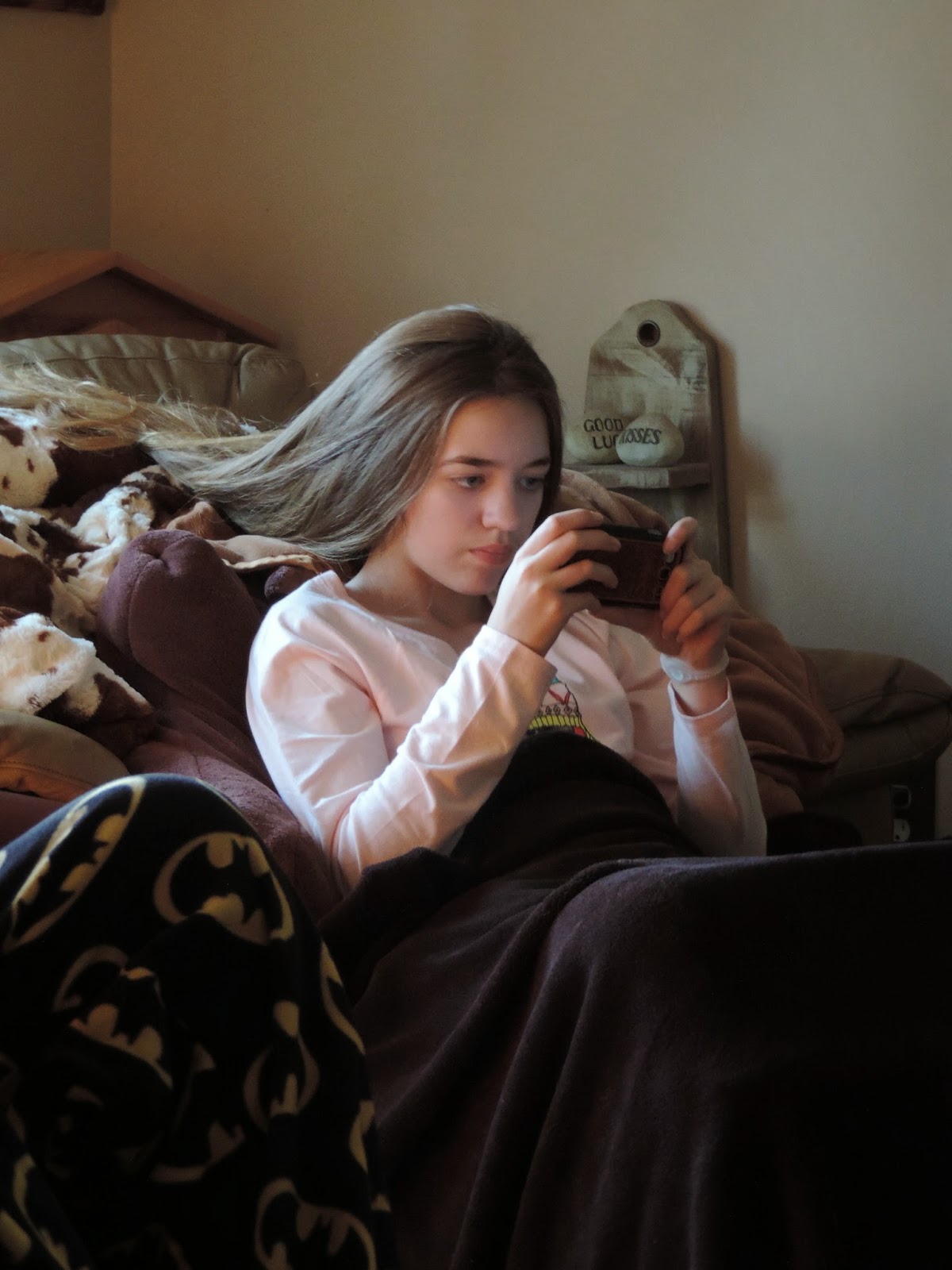