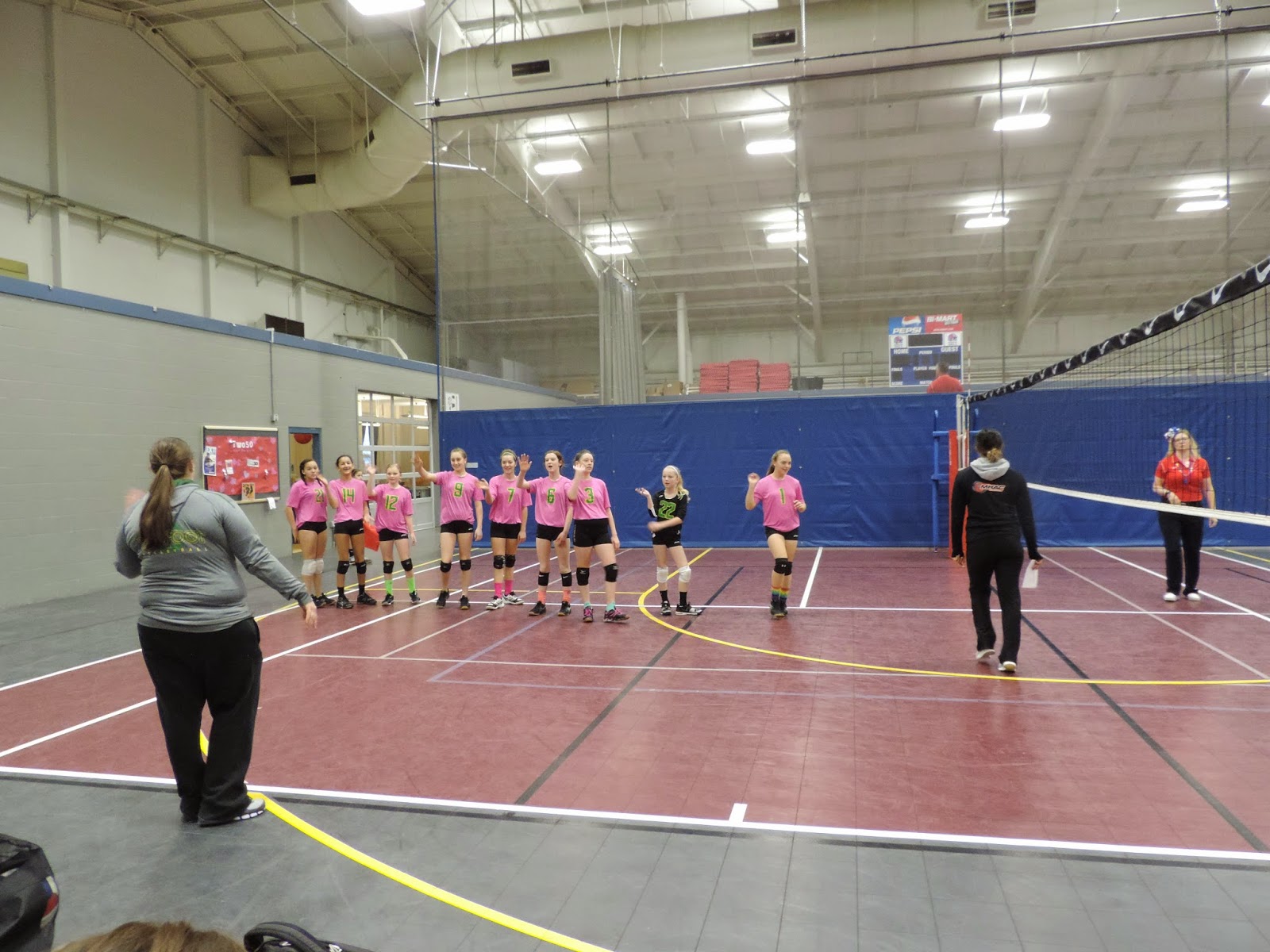 Phew! This past weekend was a three dayer, and our first at the President's Day Volleyball Tournament, which was luckily very close to home for us. Still, it required early mornings, so no sleeping in. But thankfully, it was only during the first half of the day, and we were able to come home for most of the afternoon. The first day of the tournament was on Valentine's Day, and they wore their pink shirts, at Brailey's suggestion (she was so cute about telling me this and very proud). I think nearly every Webfoot team in attendance wore their pink jerseys - what better choice? 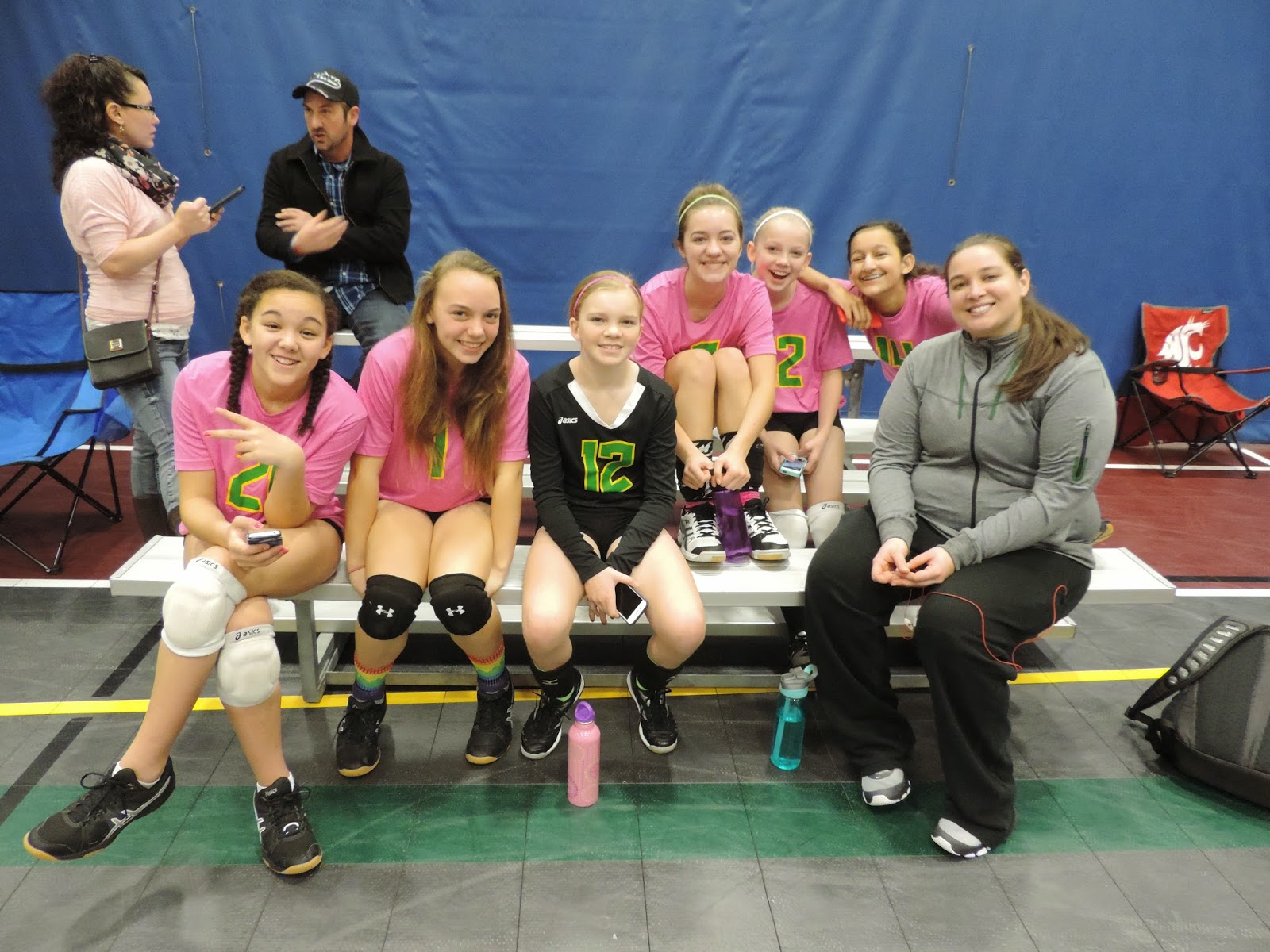 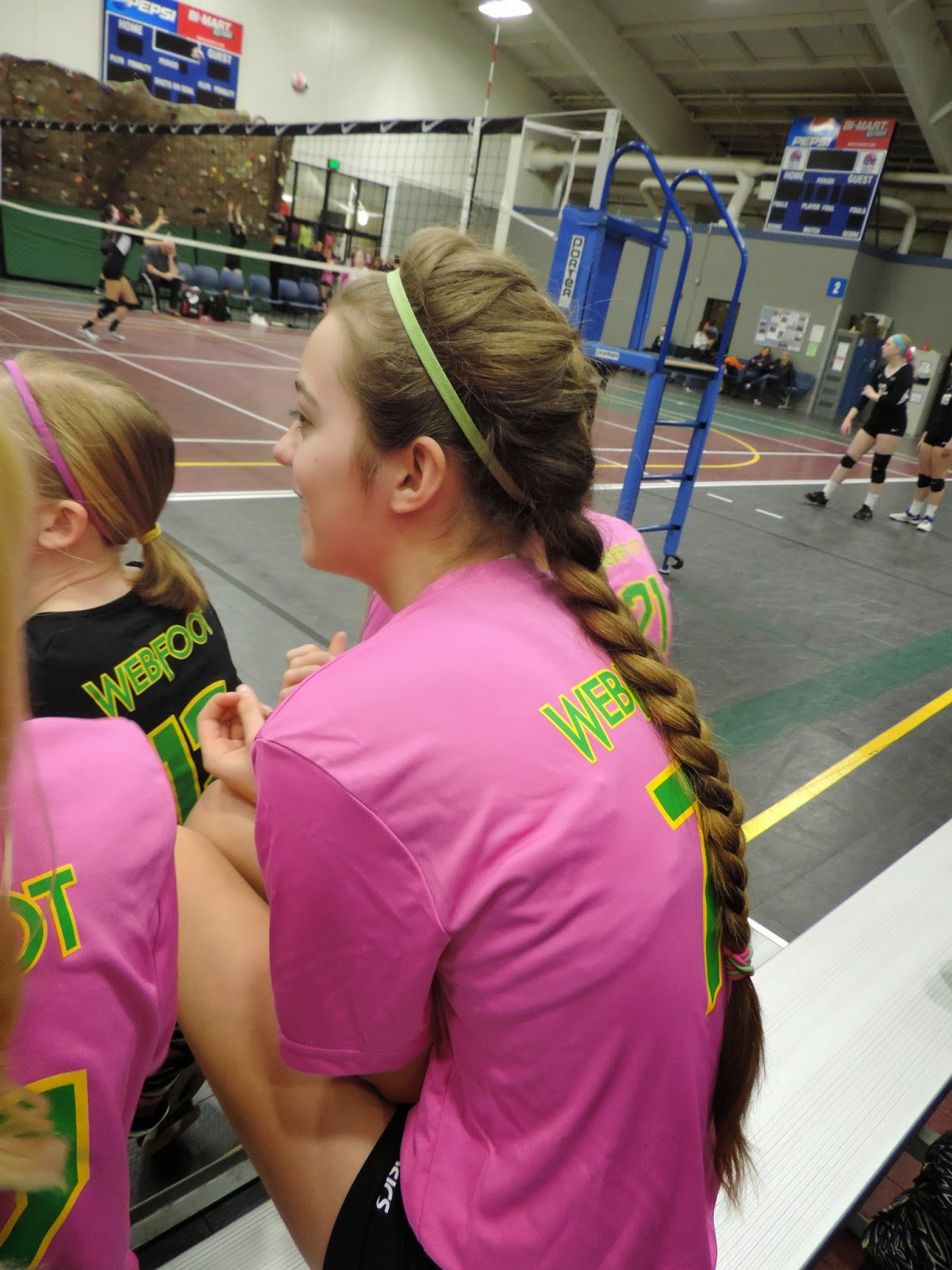 This was a super tough tournament. They did well on the first day, which was a curse and a blessing, because it put them in a super tough pool for the second day of play. They were playing against teams ranked much higher than them. But they played well and did the best they could, and it is always better to "play up," so in the long run, it was great experience, and that is what it is all about. Below, Brailey and her coach, Chelsea. 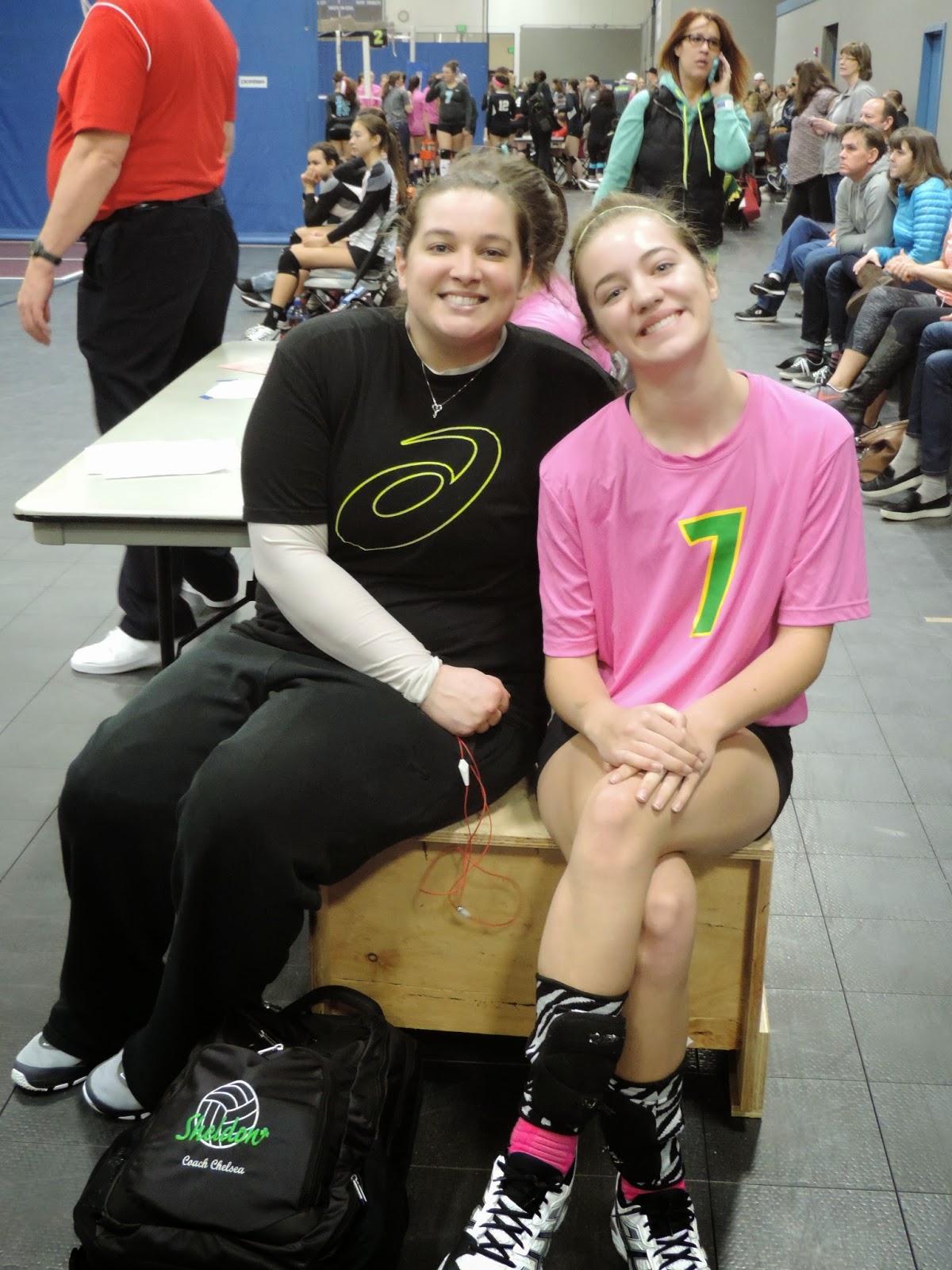 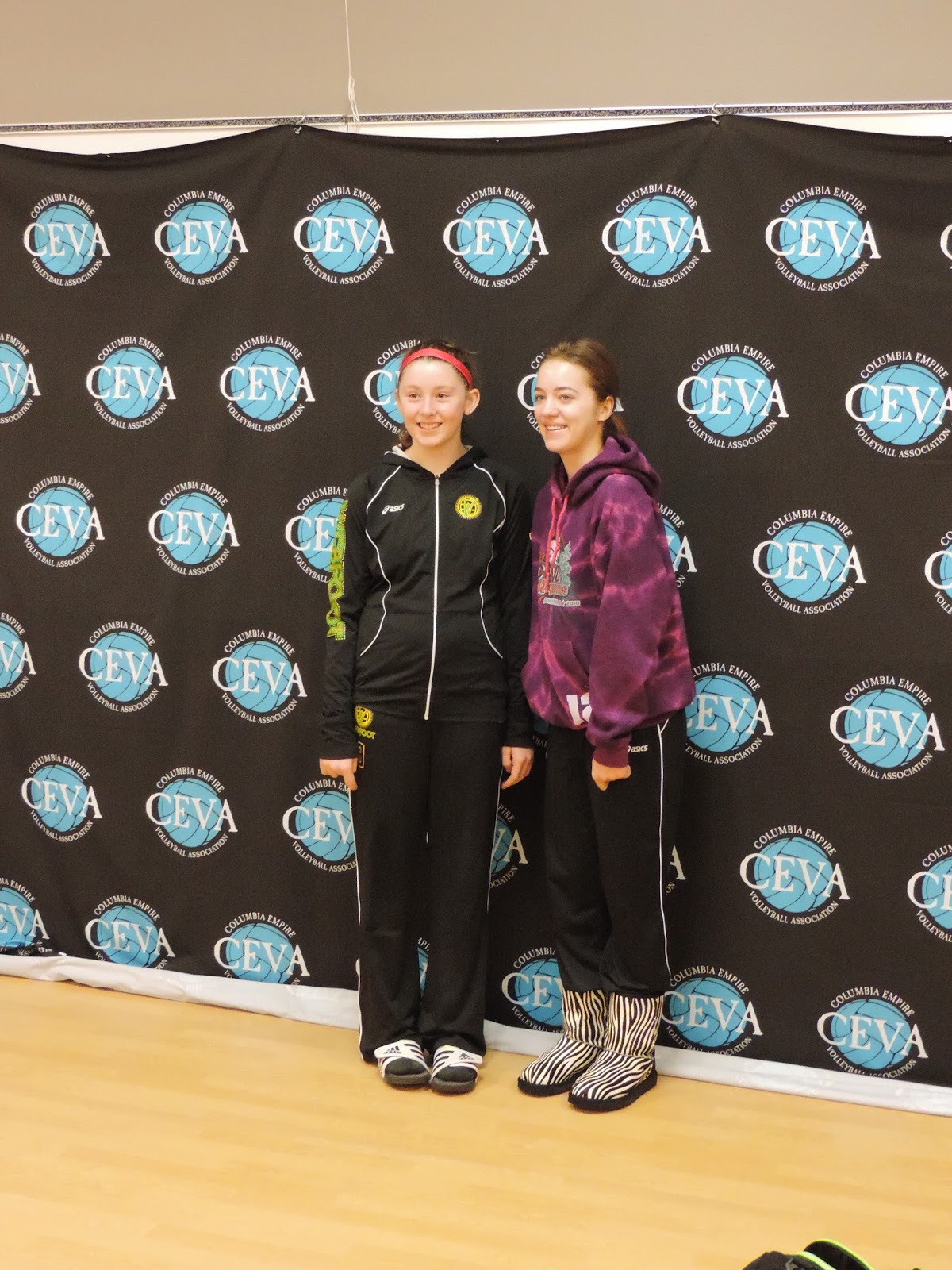 First thing in the morning on the second day, the CEVA lady grabbed Nikki and Brailey for an "interview." This was to practice for the future, and it was supposed to be put on the CEVA Facebook page - I haven't seen it up there yet, but maybe it will appear. They did really well! Brailey interviewed Nikki and asked the questions, and Nikki had some really good answers. It was adorable! They played together on their Oregon Volleyball Club team last year. This experience was great for their confidence and made them feel special - in other words, it was fun, even if it didn't get put on Facebook like they were promised. If it magically appears, I will of COURSE share it...! 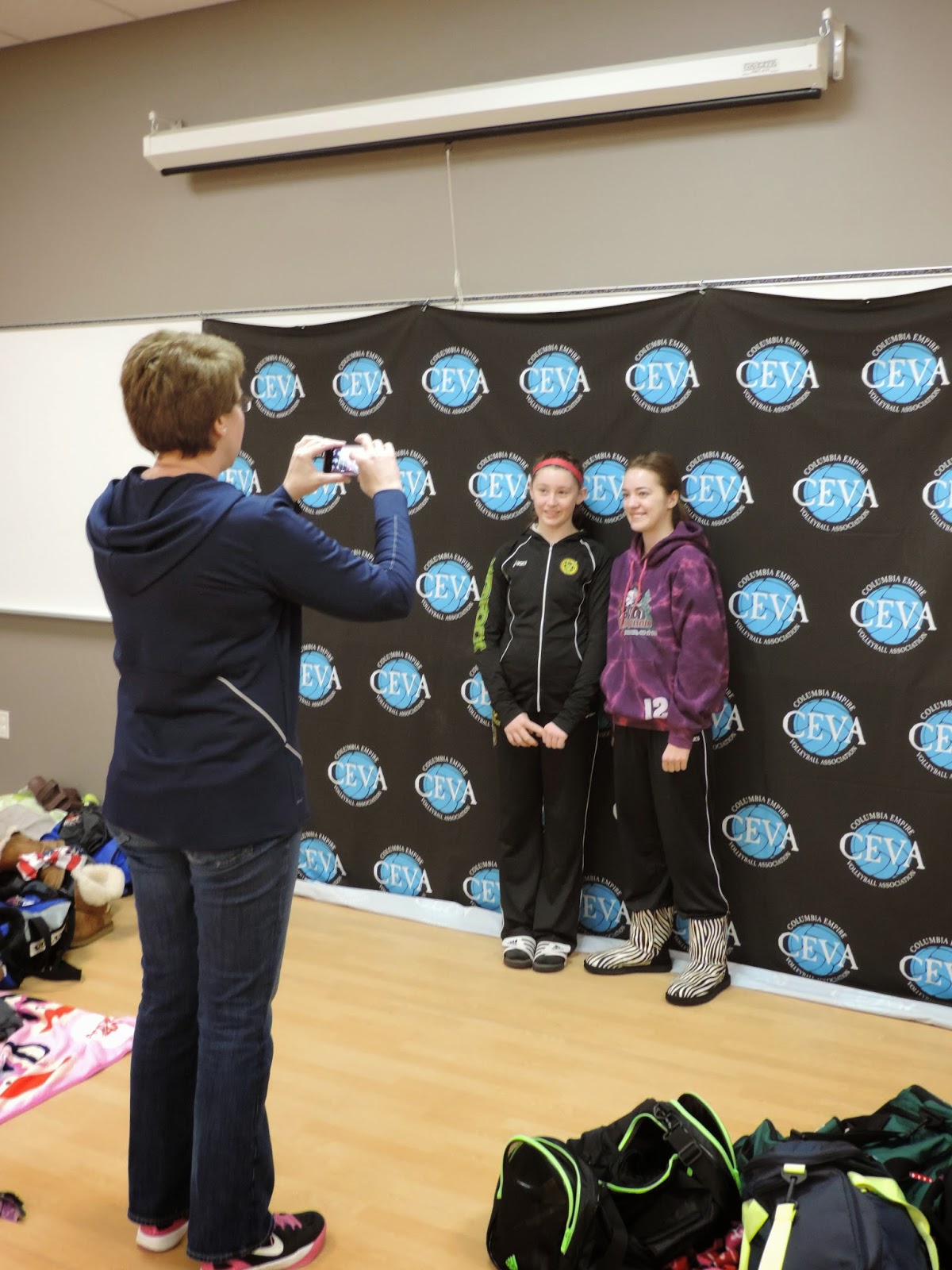 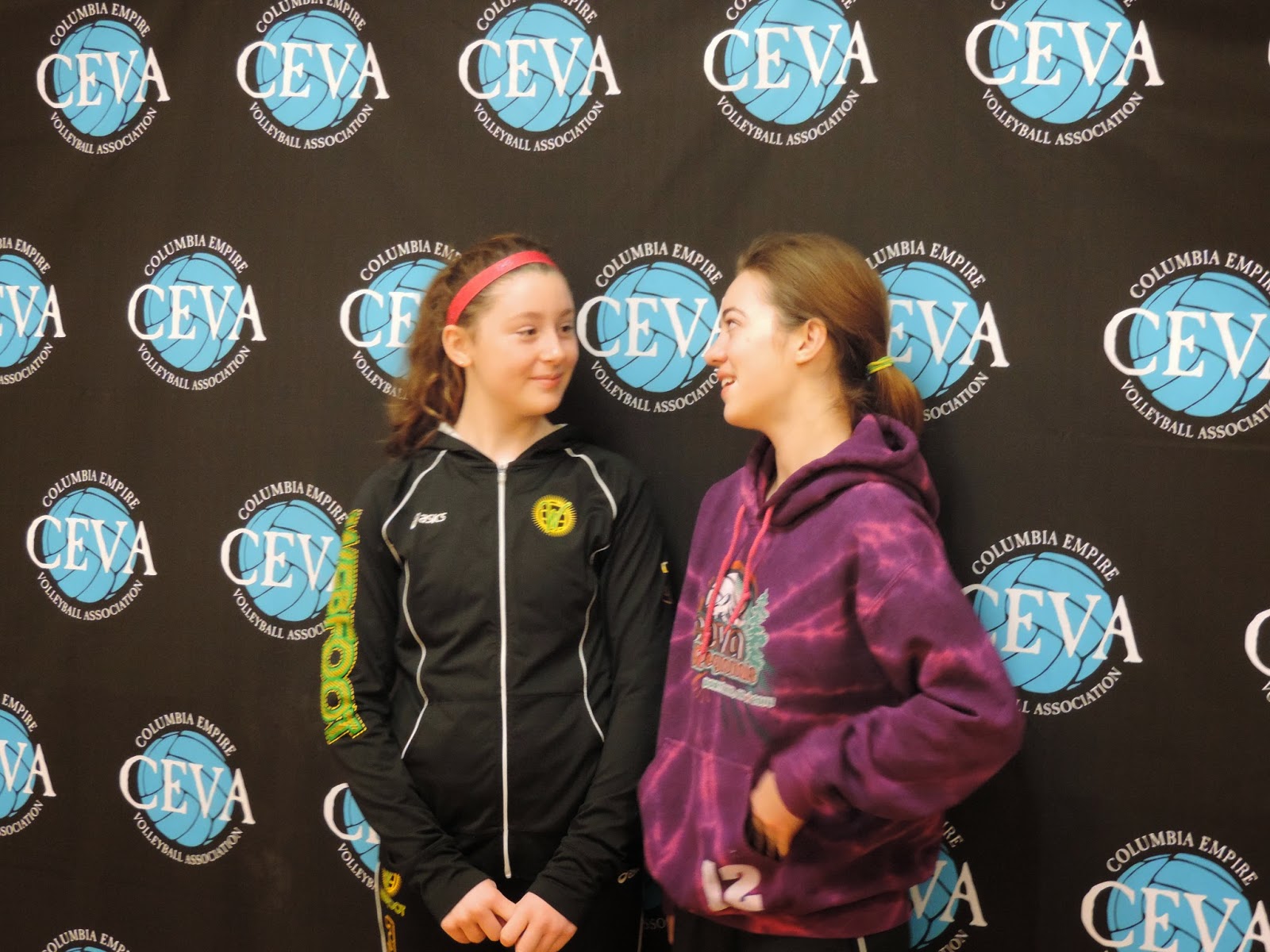 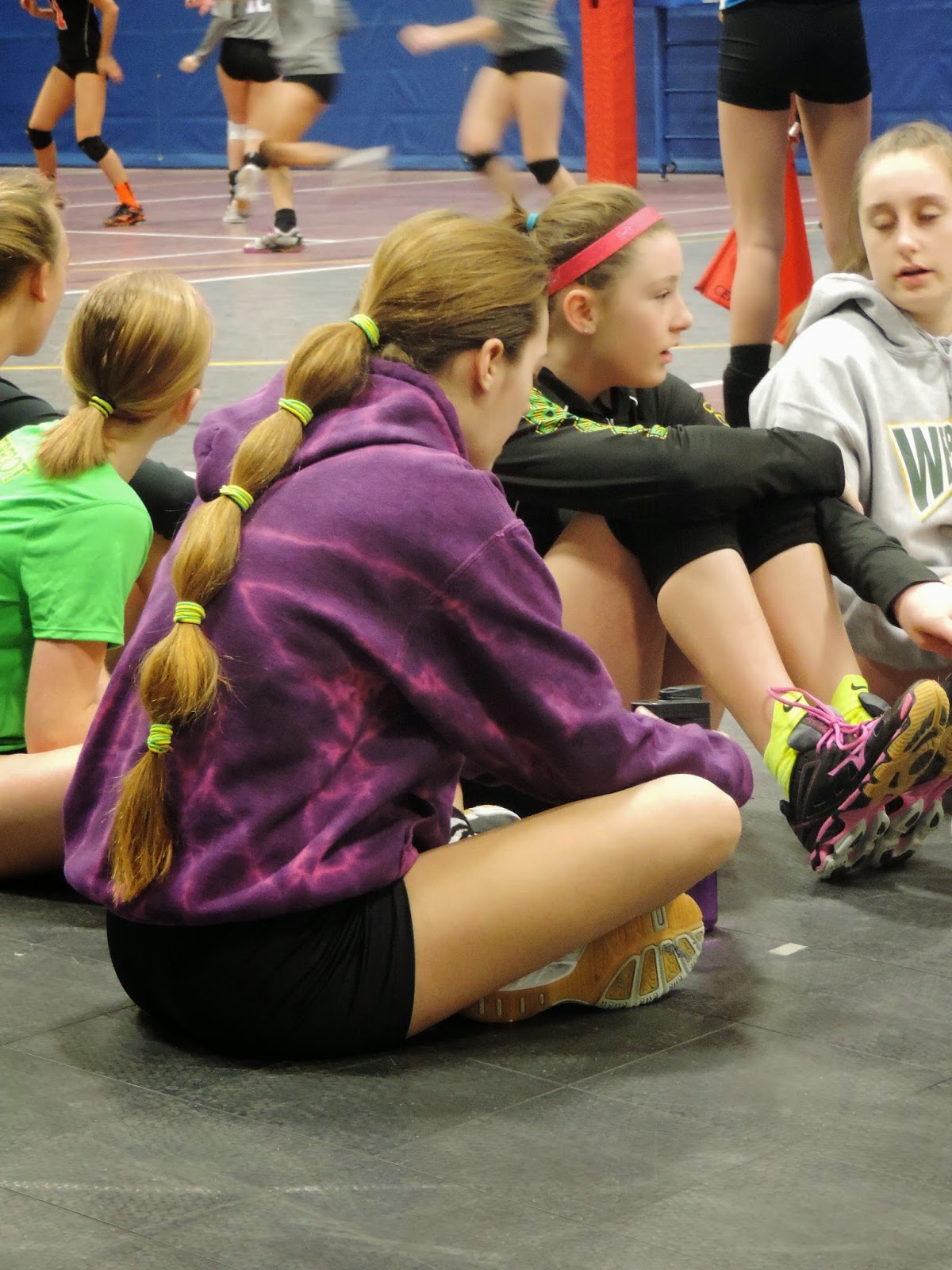 The Girl with the Long Hair. 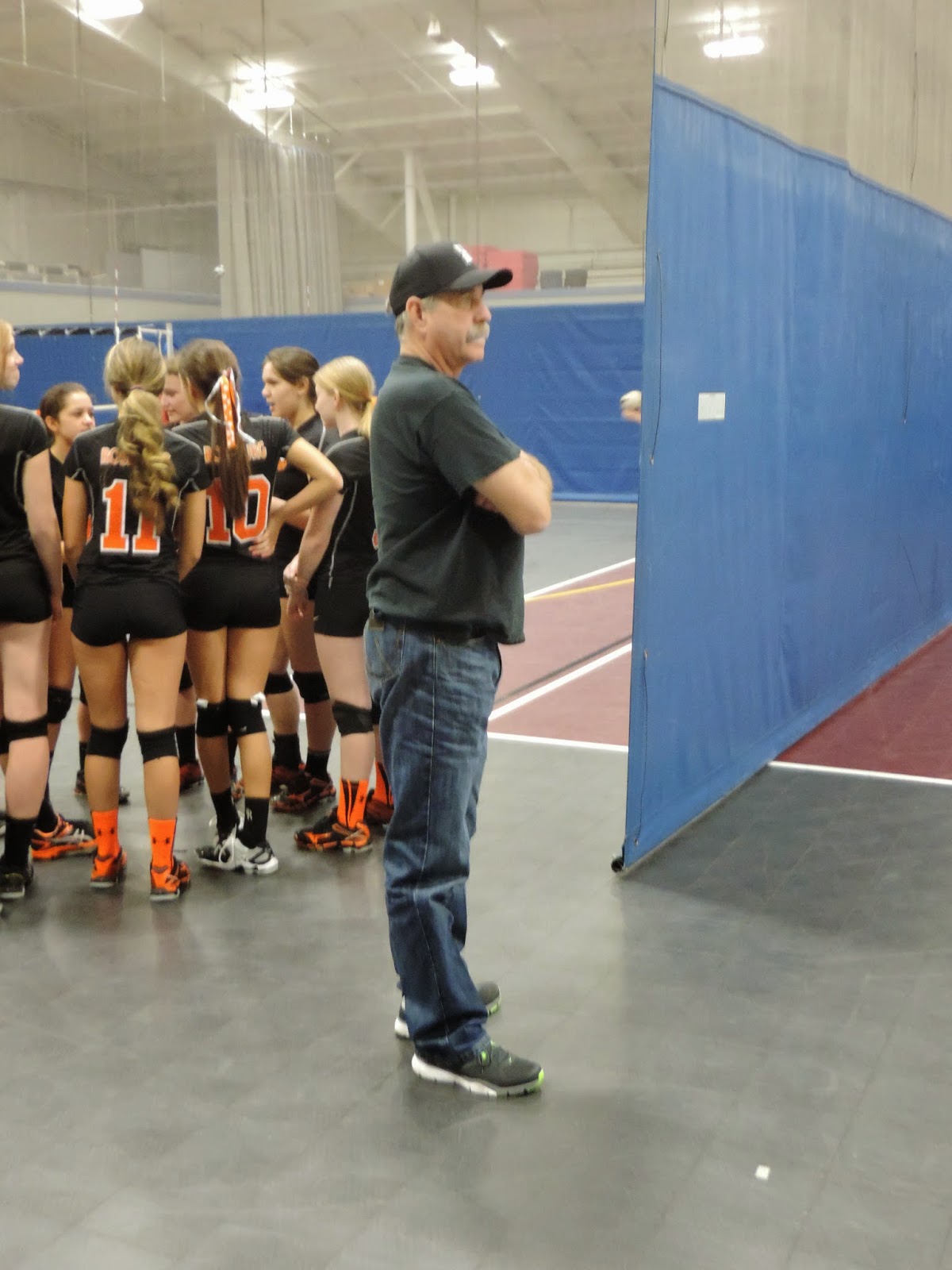 The Super Volleyball Dad. He let Brailey get a new sweatshirt, which she loves. She hasn't taken it off since she got it - she picked the design herself, which is ALWAYS fun! 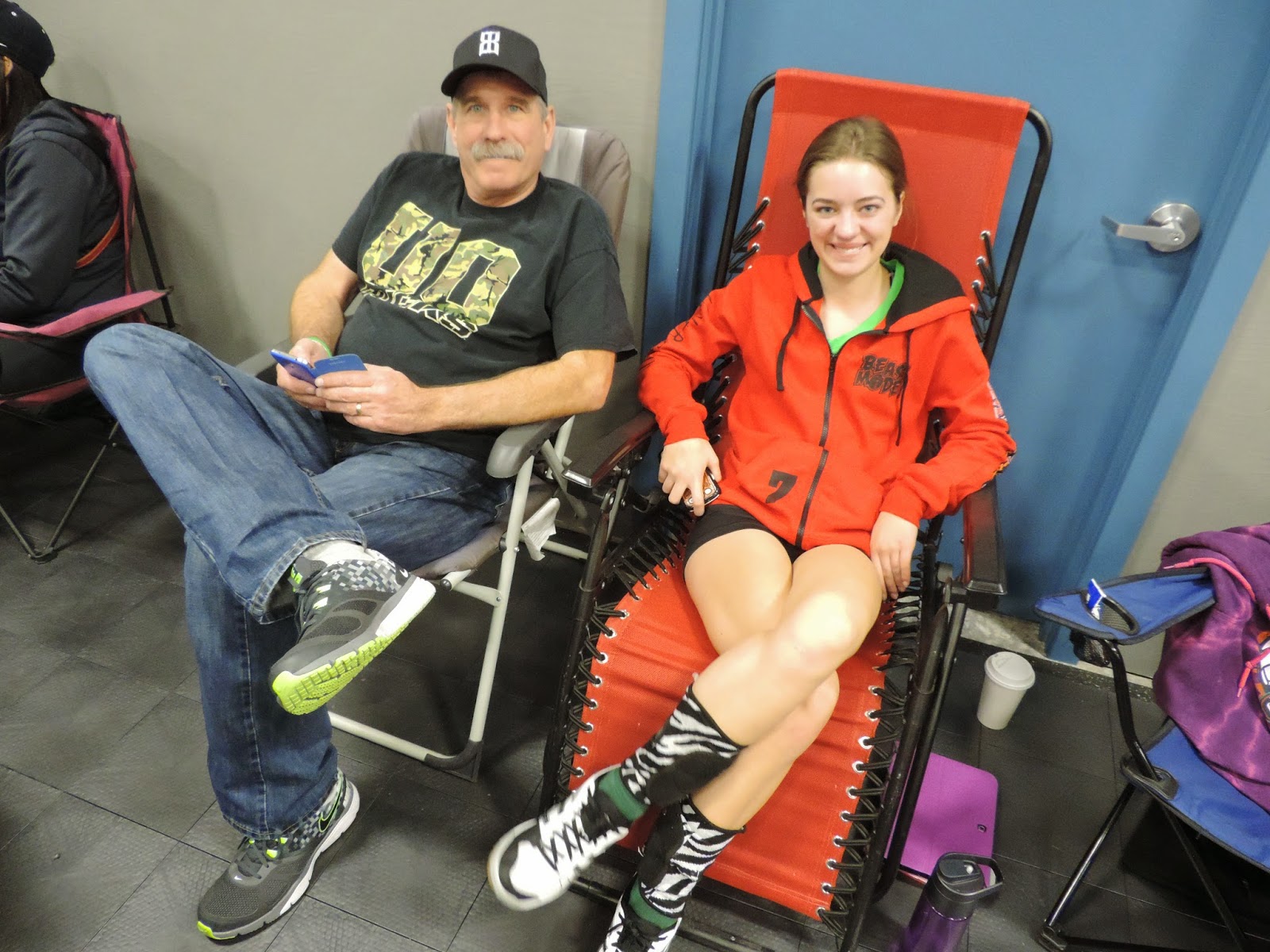 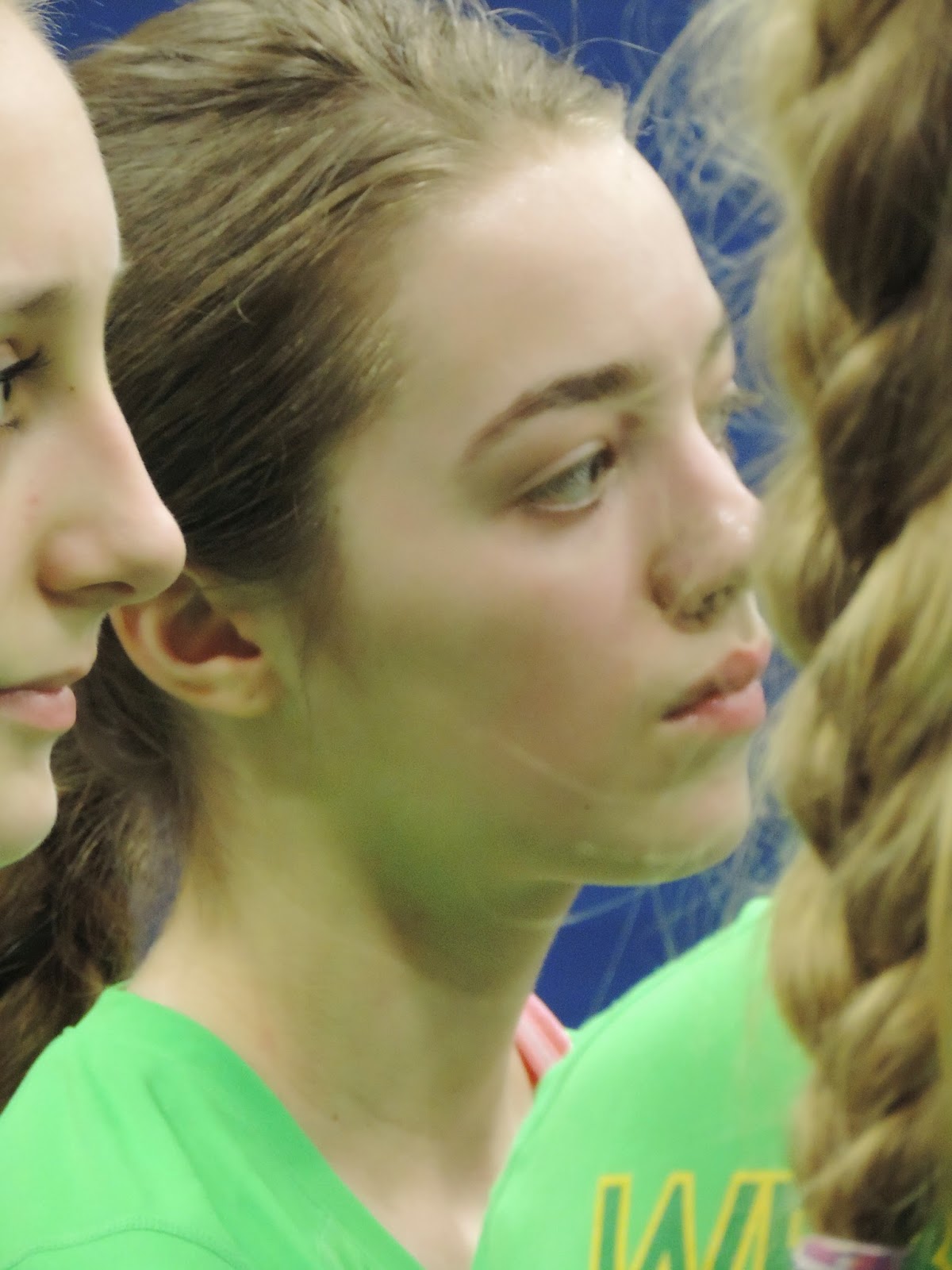 By Day Three, they were a bit tired, and didn't play well in their first game of the day. But they rallied and came to life in their second game, and looked good! Braiey's arms and legs were a little sore from all the action, but she is a trooper! She was so happy there was no practice on Monday night, because she didn't have to miss her favorite show, WWE Monday Night RAW. She works really hard and is always focused and tries her best in every game. Best of all, she is kind to everyone. She makes us proud! 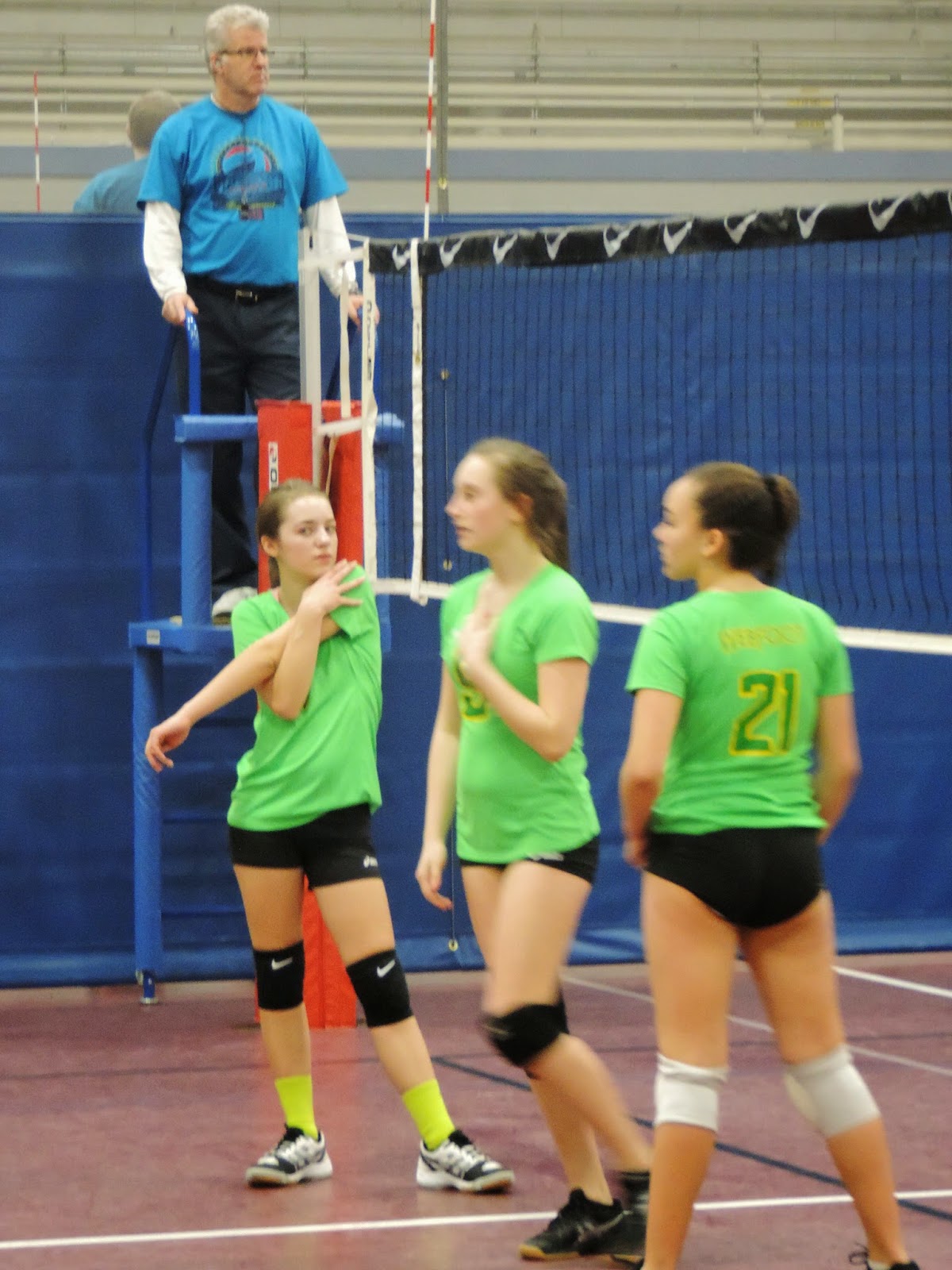