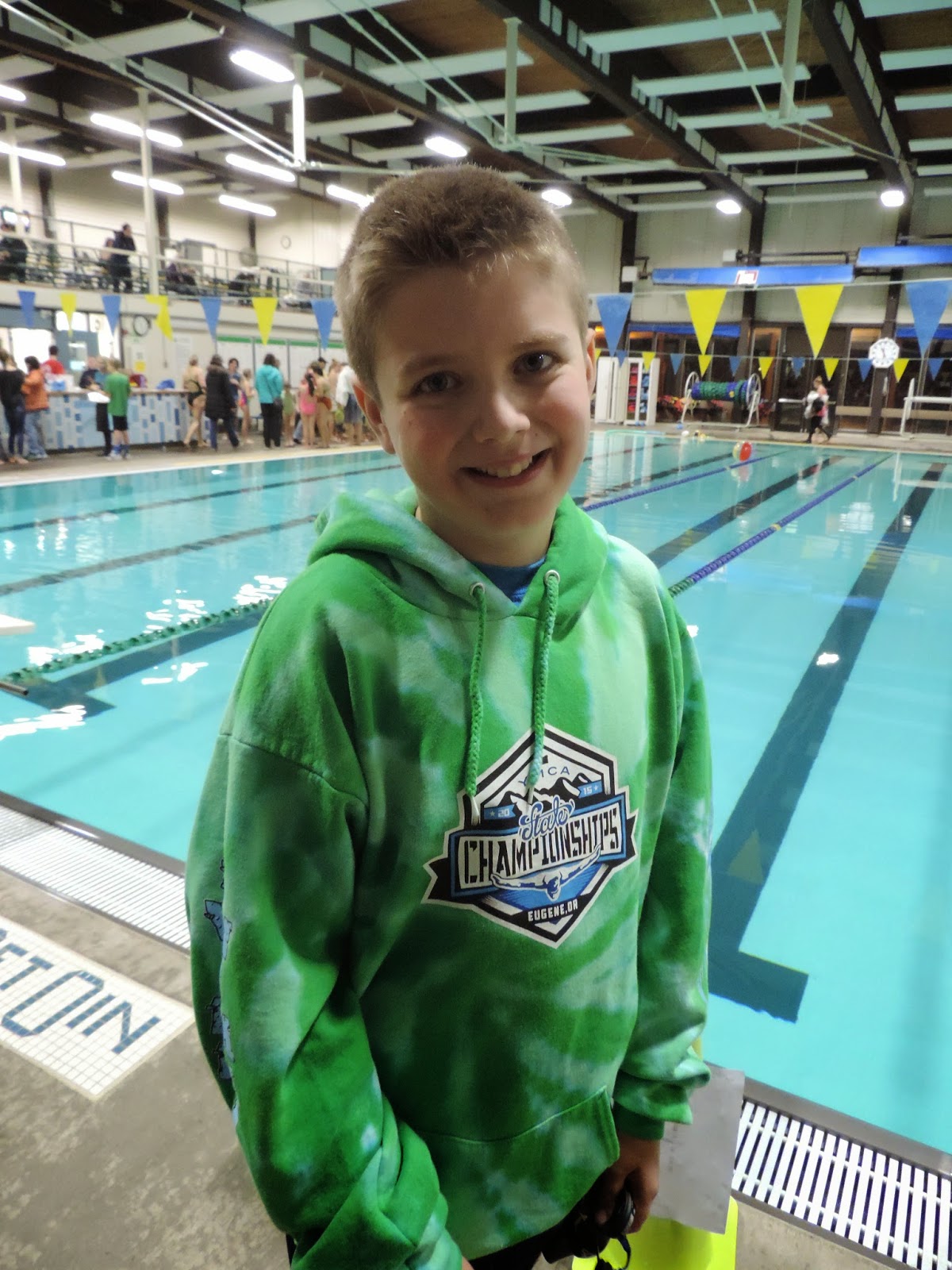 Look at the transformation! And it happened on Tuesday, also - truly a Transformation Tuesday! If you wonder what I'm comparing the picture above to, check out my previous blog post, and you will see The Boy Who Didn't Want to Be There. But just look! The same person, only The Happy Boy Who Loves to Swim! What a difference attitude and a smile can make! For his sister, too - wait until you see Brailey's picture below... In any case, it was Britt's last DQ Free Mini Meet as a 10 and Under. Next week, he "ages up," and he will now be swimming with the older kiddos. He did well! Instead of videoing him like I usually do, I tried to get some good pictures. But again, action pictures are hard to capture, unless you are a professional or have an expensive camera. What can I say? I did the best I could with the ability and camera I have. And so did Britt - he swam some great races! In his 100 Free, he told me he focused as hard as he could on keeping his head still. I am proud that he sets these standards for himself and continues to work hard. 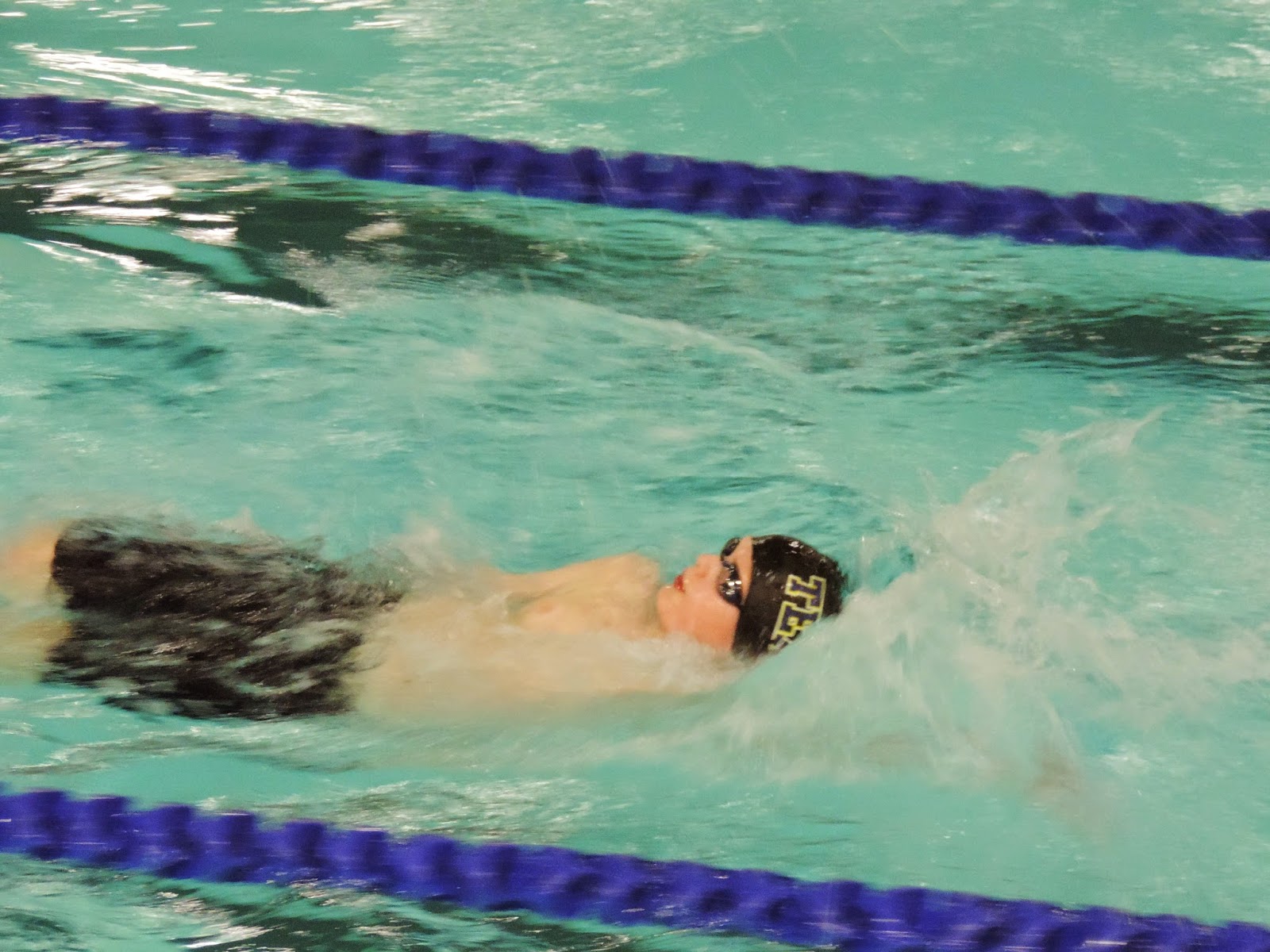 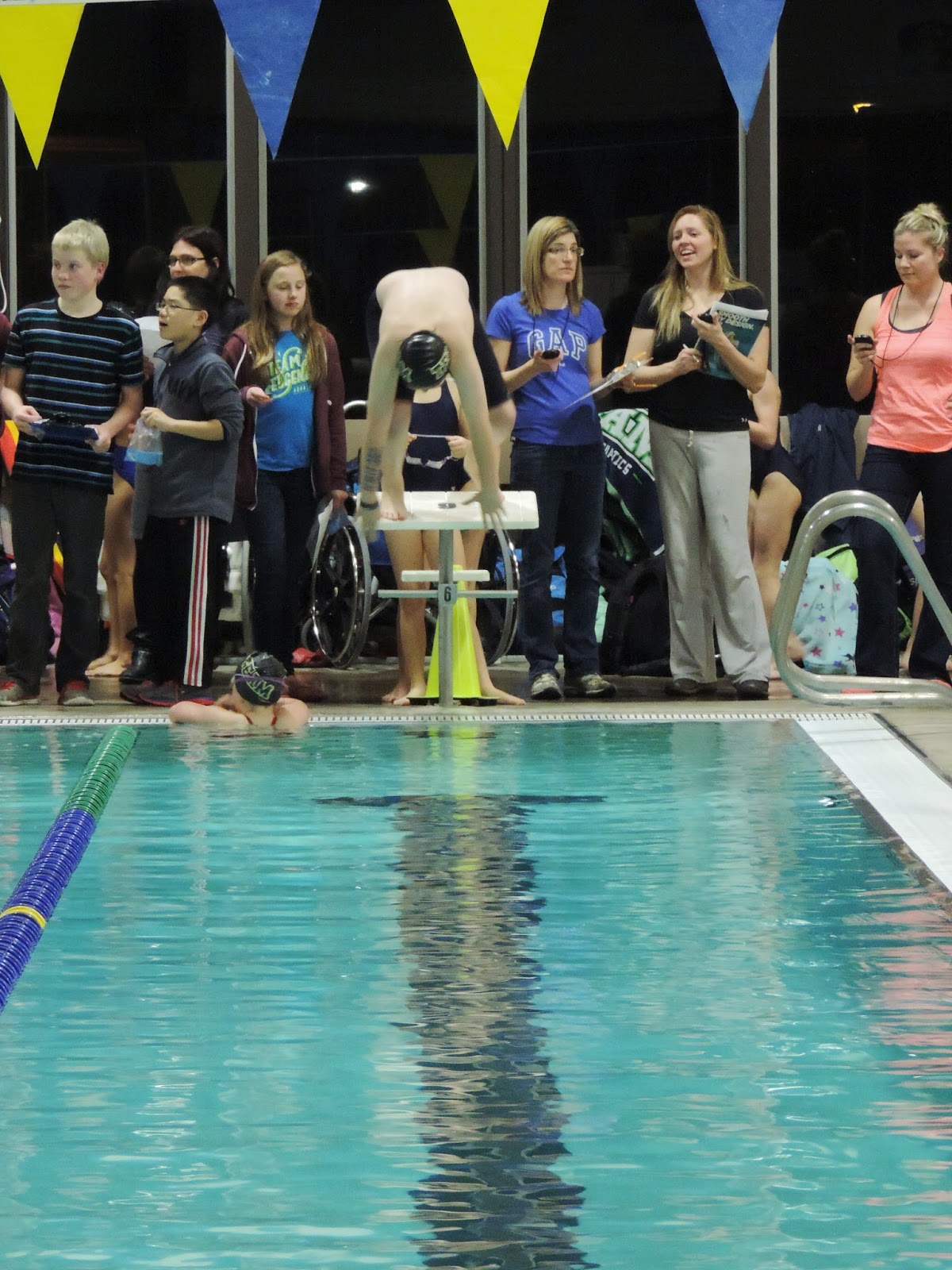 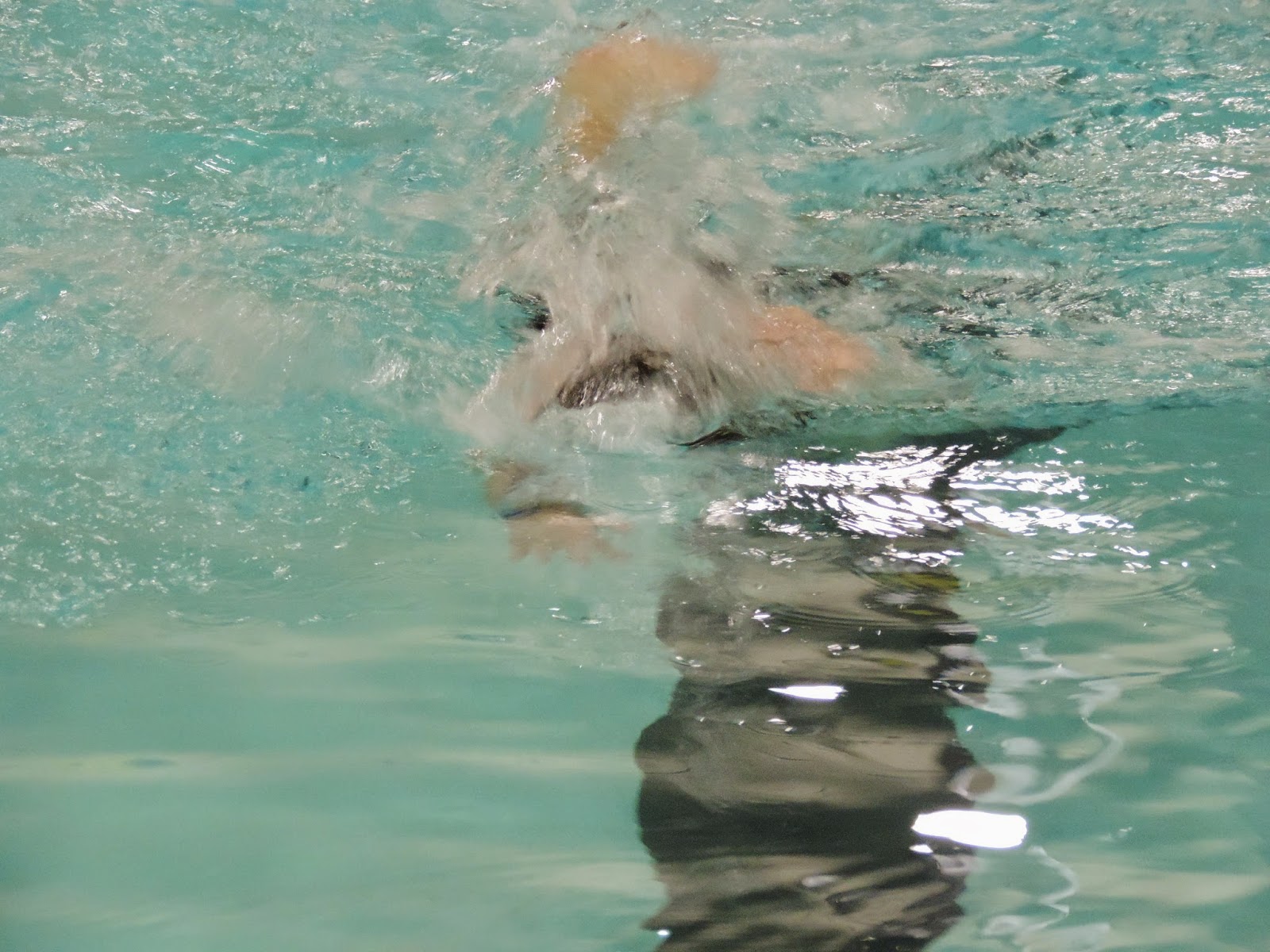 This is his 100 Free, where he was working on his head being still. Looks great to me - I just don't know how he BREATHES! 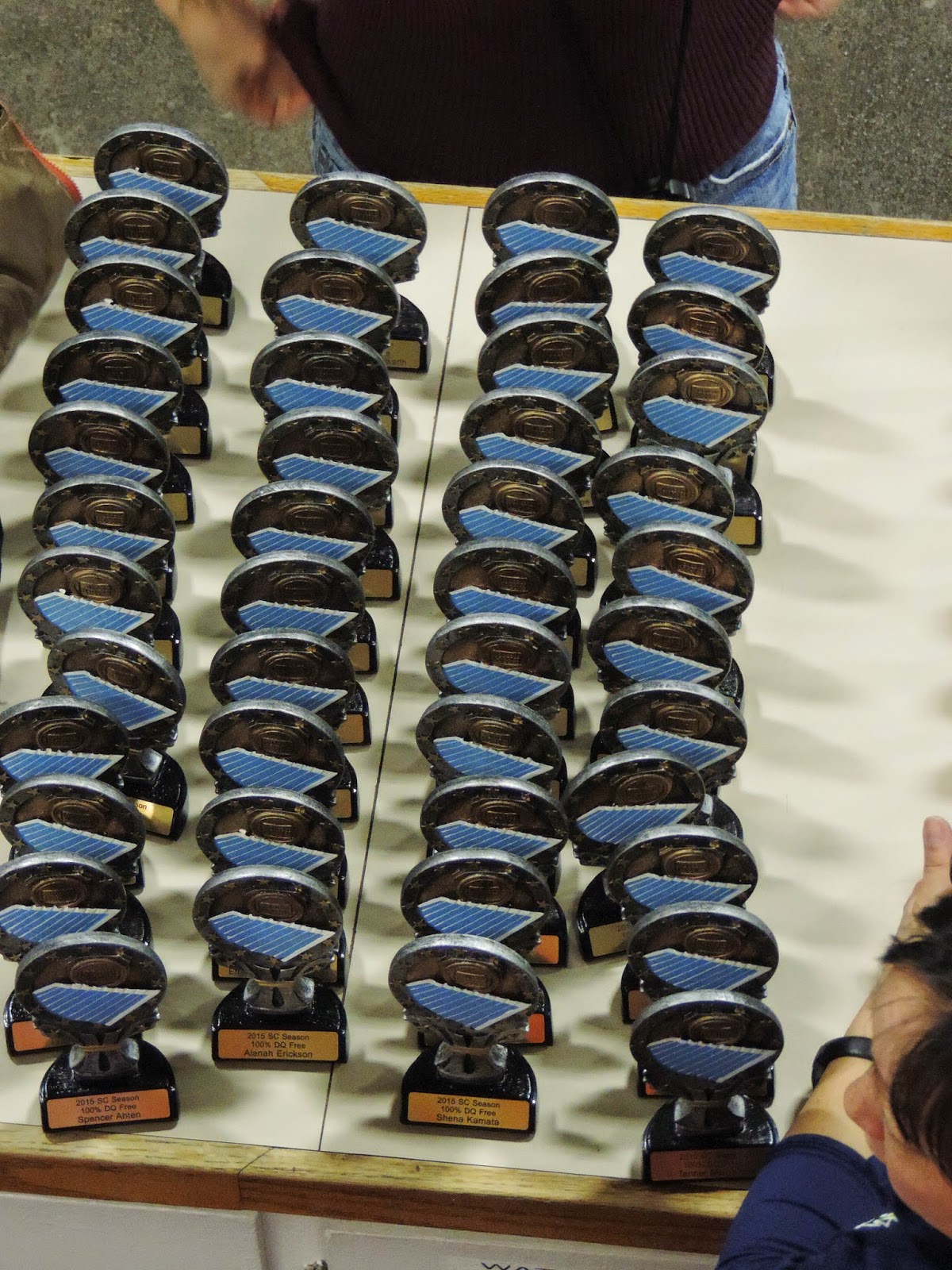 Above, the fabulous trophies each swimmer earns if they don't get DQ'd, which was the entire point of the meet. Britt will find out if he earned his later this week. We couldn't stay to find out, because all of a sudden, Brailey came down with a bug and wasn't feeling well. Actually she had a transformation, as well, from The Girl Who Had A Great Day to The Girl Who Wanted to Be Home. Britt and I met her at the pool, because she had play tryouts after school and then went home with one of her besties afterwards, who later dropped her by the pool. (We are so thankful for friends like this who help us out - we are blessed!) Whatever the bug is, it hit her fast. (And now I am praying it didn't spread to our friends who were so kind to help us, but she wasn't showing symptoms, then, of course. DANG IT!) One of her teammates was sick on Saturday, so she likely got whatever that bug was. So you will have to stay tuned to see if Britt earned his trophy or not... I think he did, but he's very concerned about it. That backstroke is a tricky one on the turn. However, he was extremely gracious and understanding about Brailey not feeling well, and didn't even complain that we needed to leave before the trophies were handed out. The Happy Boy Who Loves to Swim is a joy to be around, and I love him so! 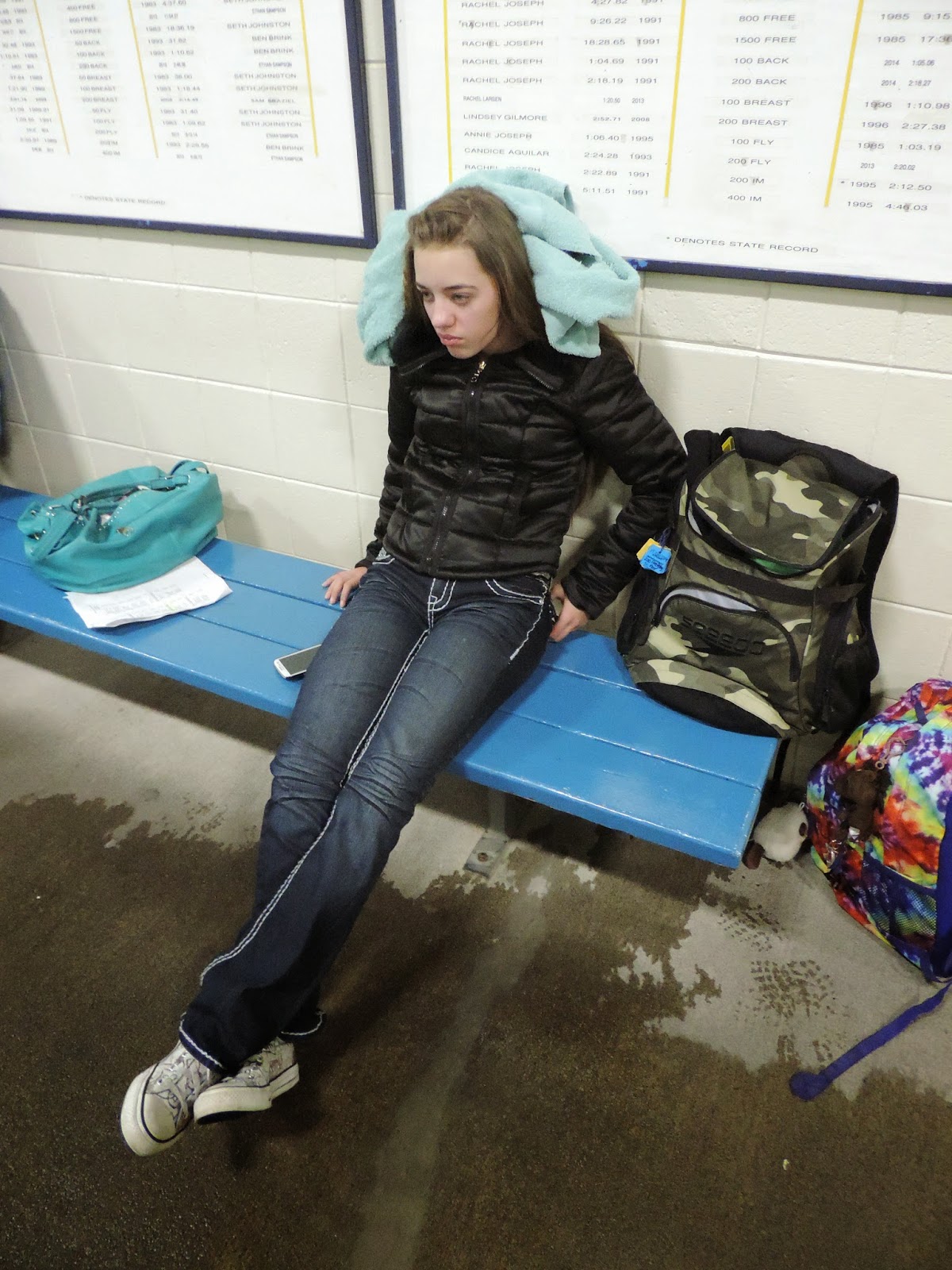