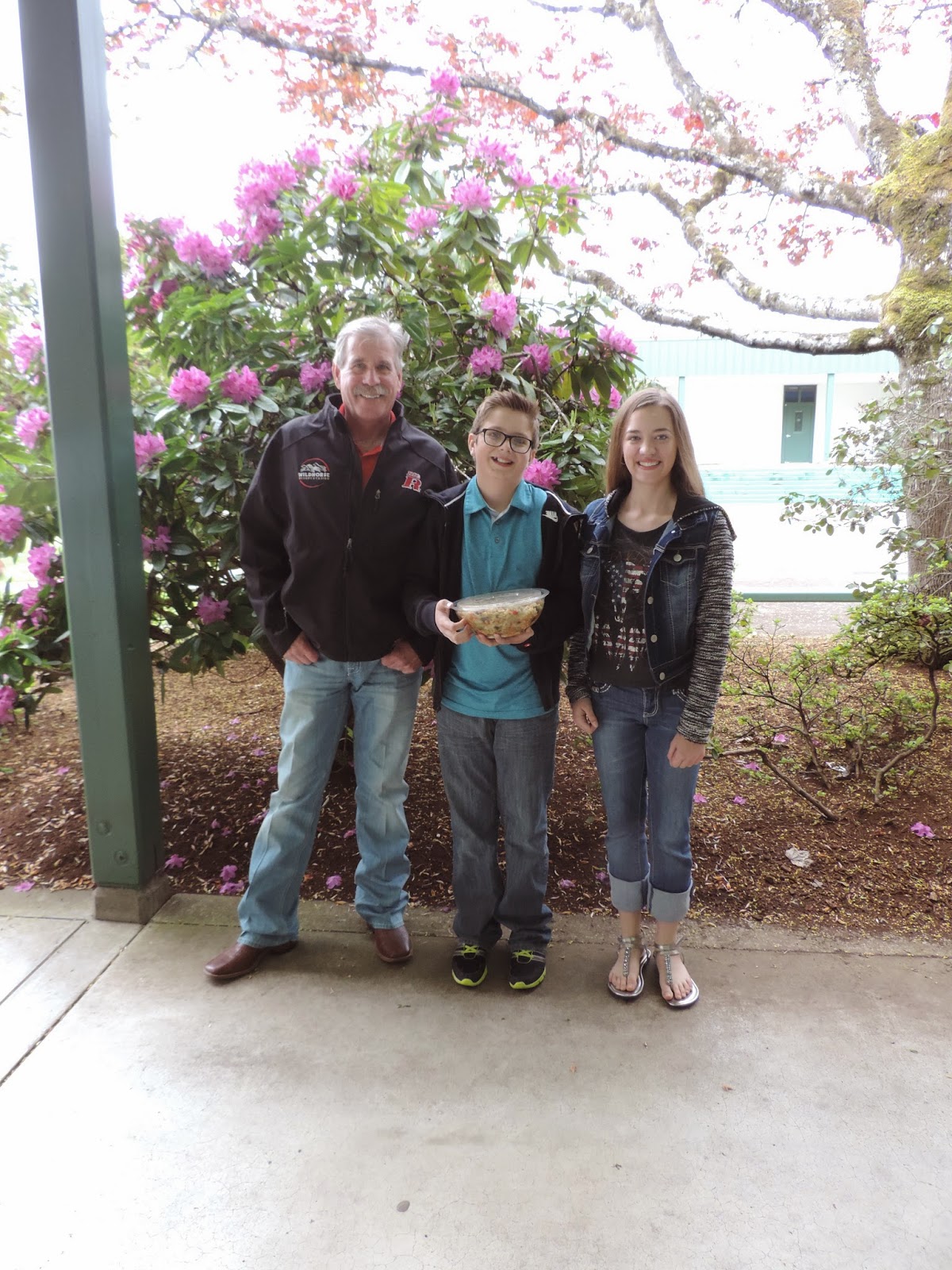 At the end of a wild and crazy week (last week), we were so happy Brady was able to make it home in time for Britt's Swim Banquet - HOORAY! 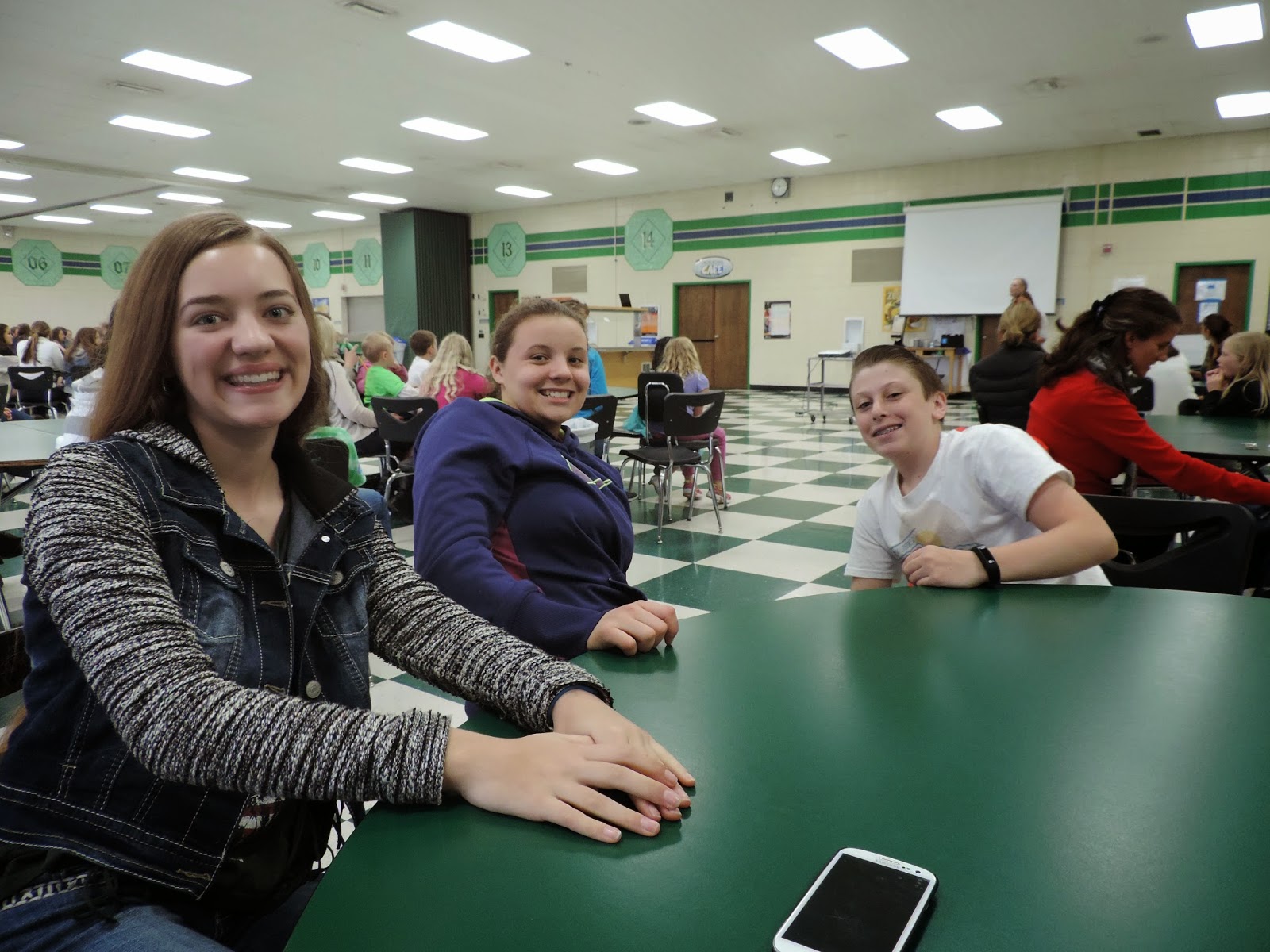 Brailey was worried she wouldn't have anyone to talk to at this function... Turns out her table was the most popular one there! She and Sophia, one of my absolute FAVORITE swimmers, spent the entire time chatting. Blake found them and hung out at their table, as well, which brought over Abraham and another girl I don't know (she is on the Swim Team, but goes to a different school). I don't know Abraham very well, but he seems like a nice boy. I do know Blake, though, since he and Brailey have been in the same class since first grade, and he is a wonderful, kind, good boy. We love Blake! He and Brailey are great friends. In other words, I don't think Brailey needed to worry about not having anyone to "socialize" with. She and Sophia were darling to watch and I am so happy Brailey picks good friends. Sophia is a "keeper!" 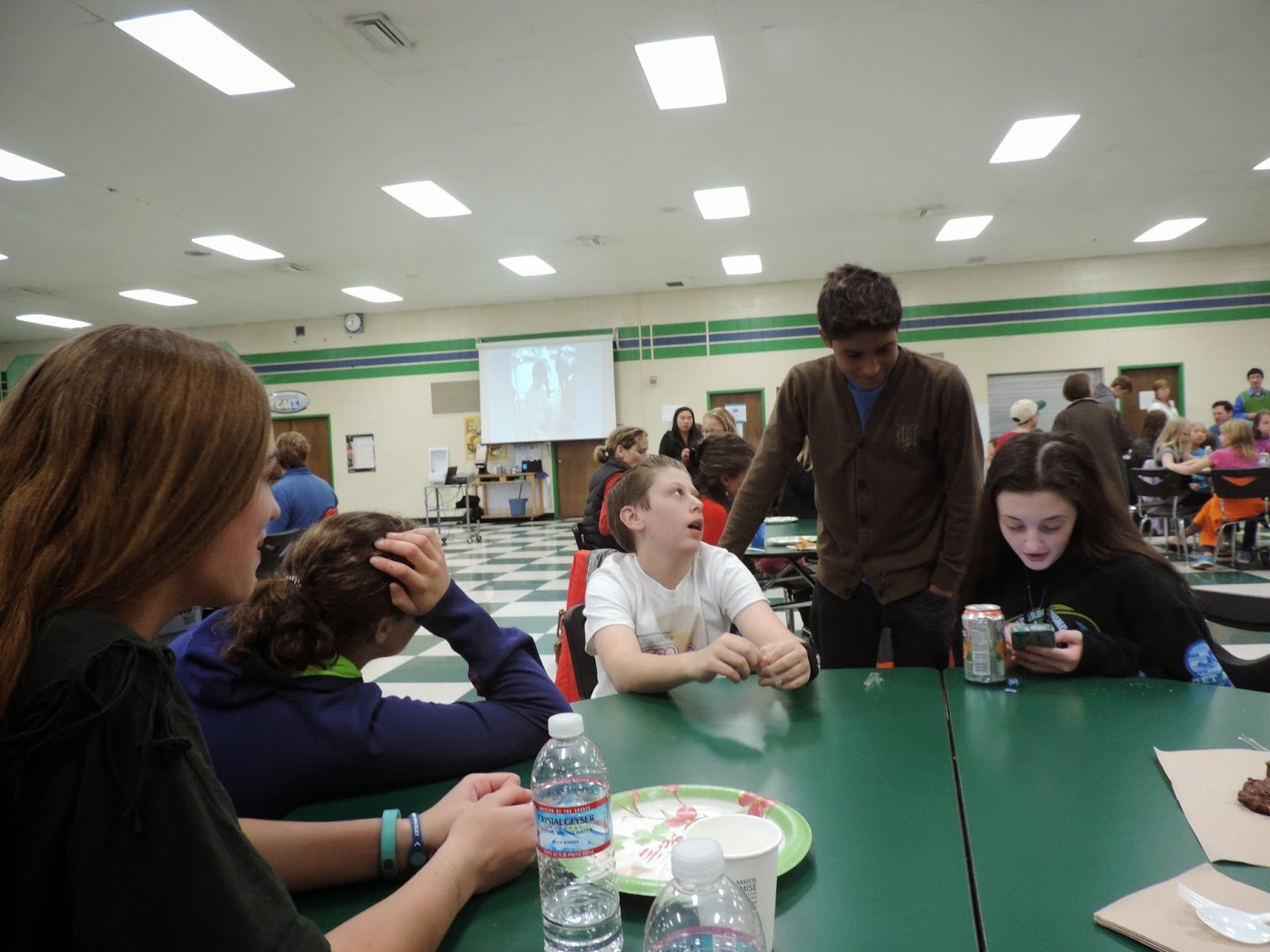 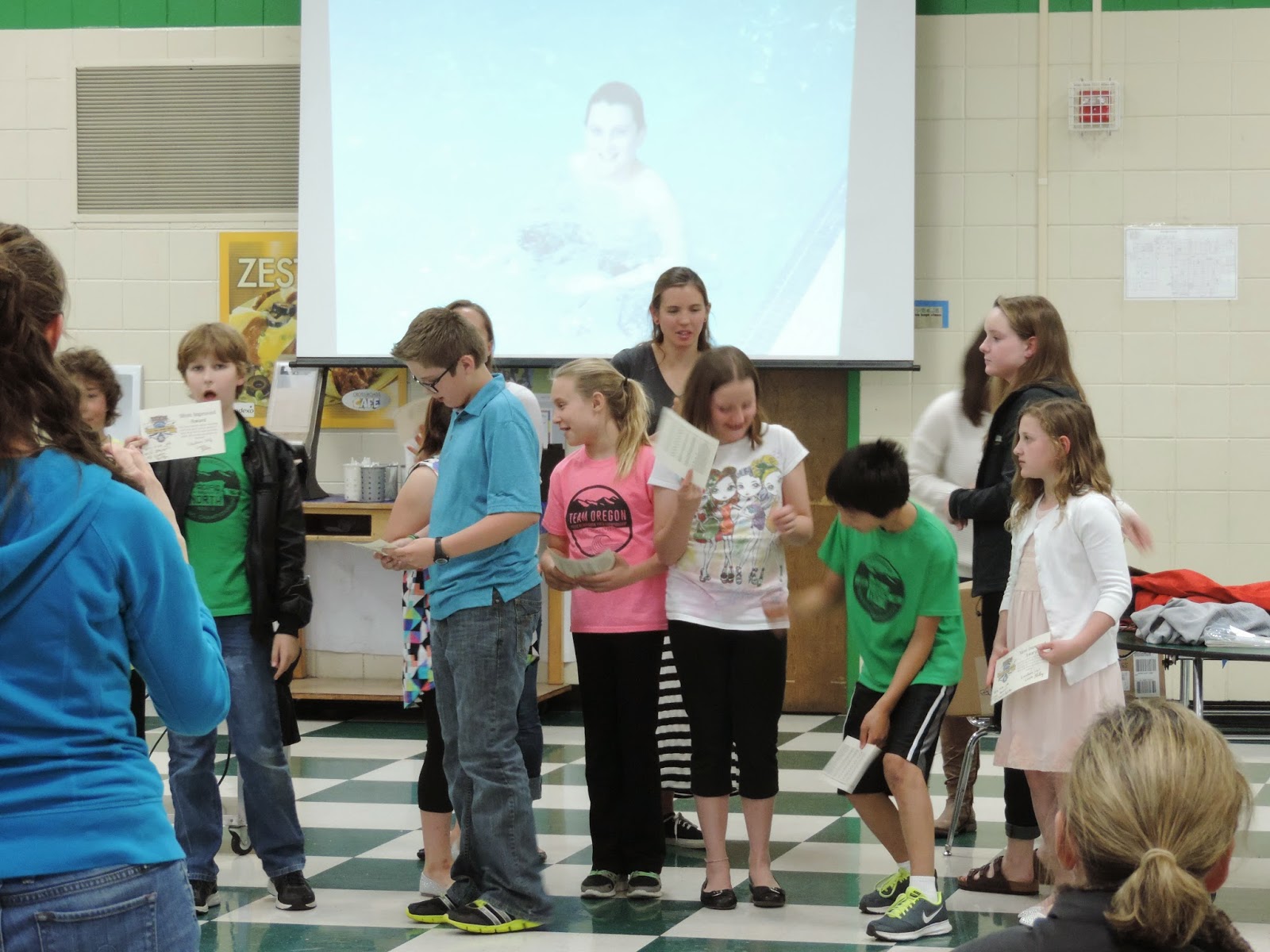 Britt earned an award for Most Improved and he also received his signed water bottle for "moving up." He has signed many of these water bottles in the past for other swimmers, and he was thrilled to finally get his. It is so cute - bright, fun and positive! 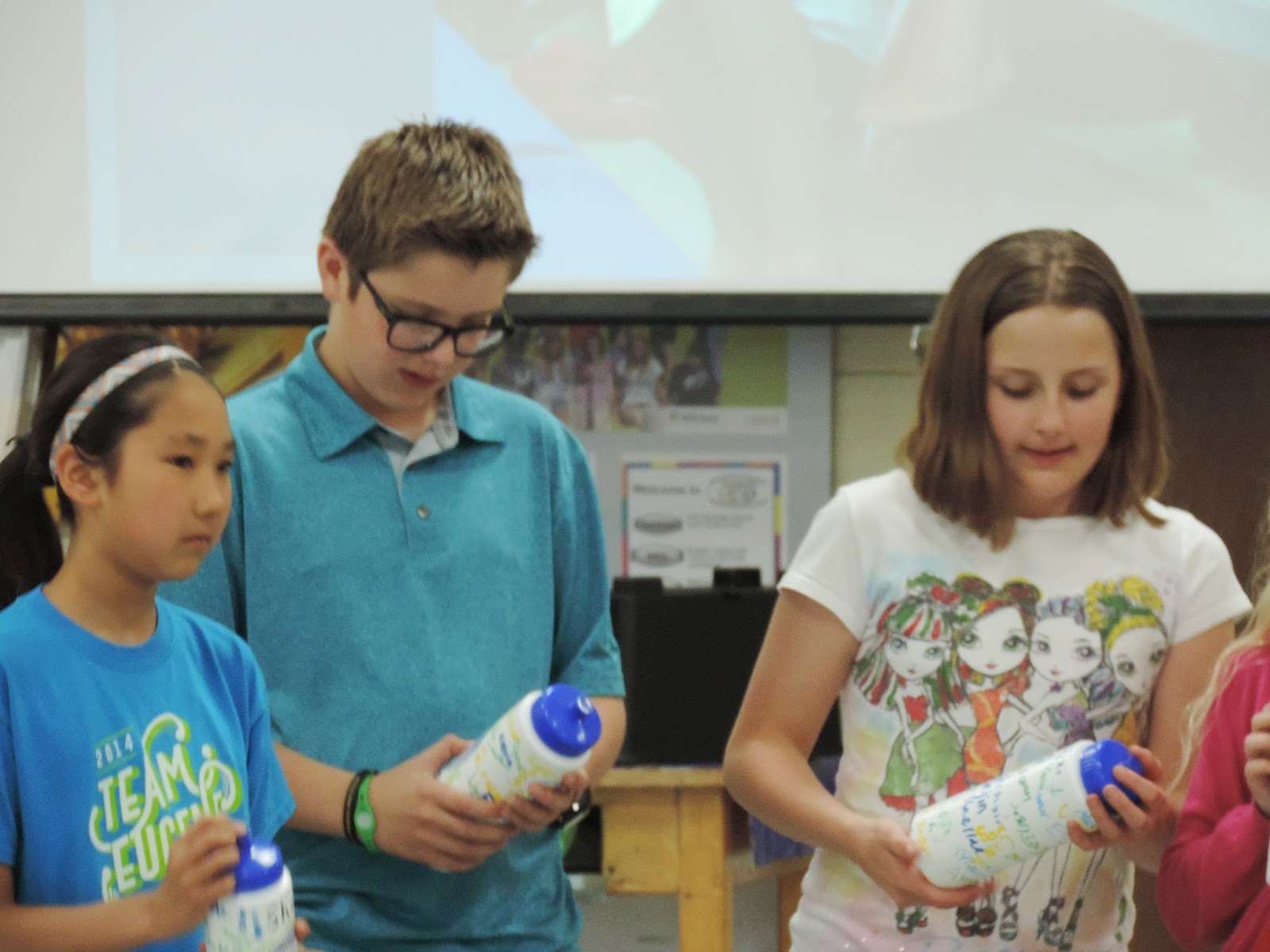 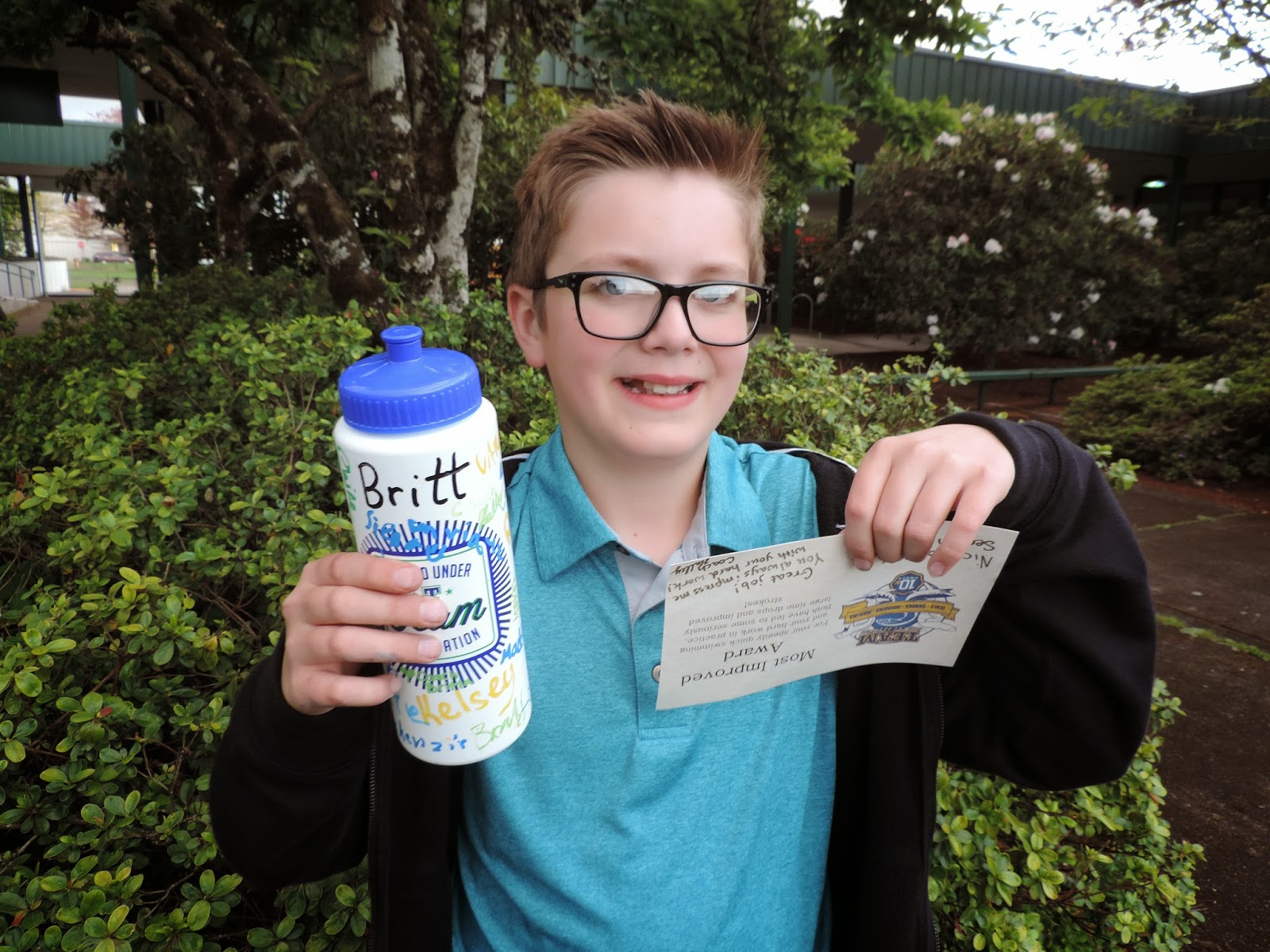 Somewhere over the rainbow... Can you spy it? This rainbow was a full arc, but I couldn't capture it all with my camera. It doesn't matter, though - the fact remains: these three are my pot of gold at the end of the rainbow, and I couldn't love them more! 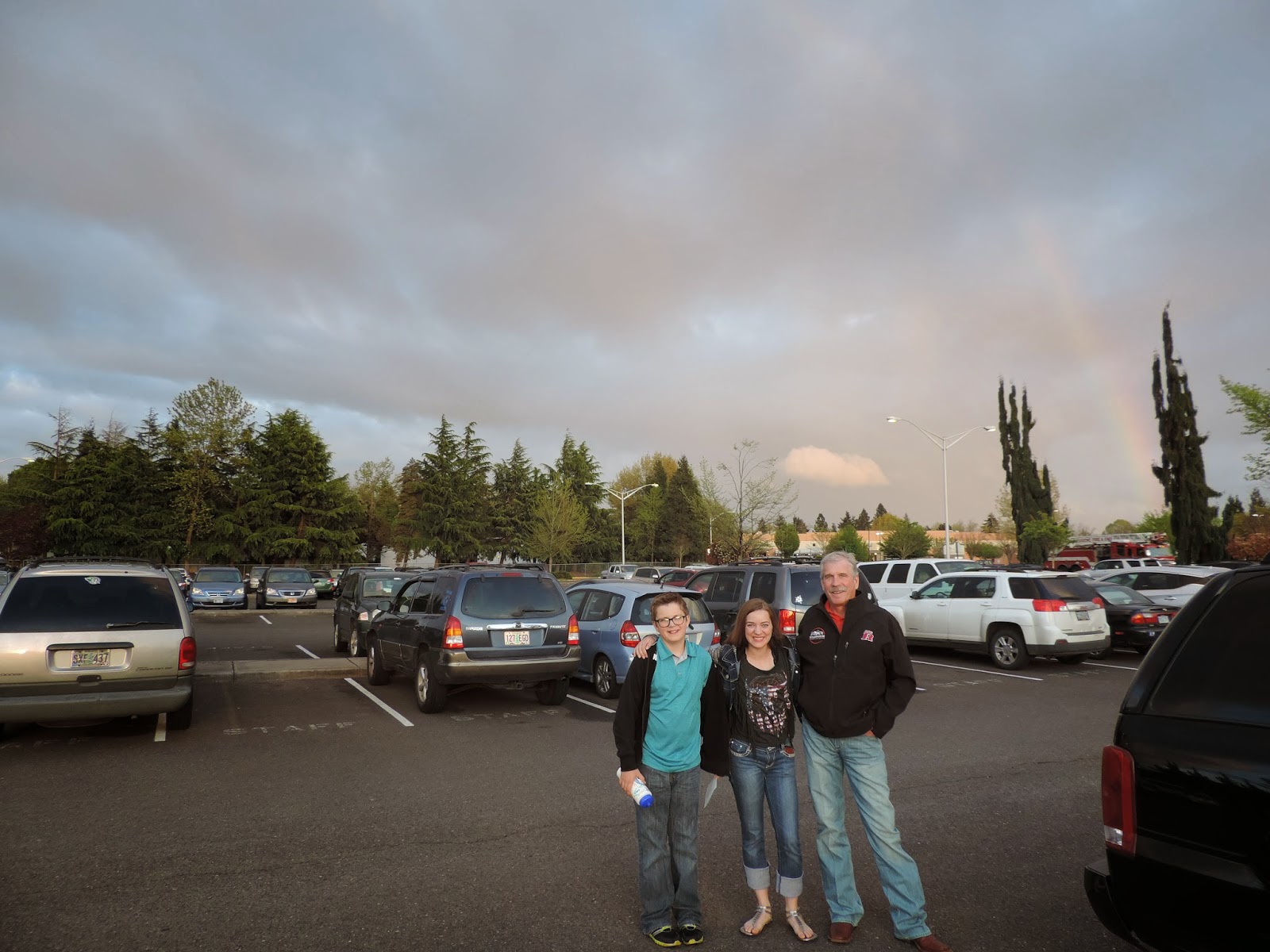