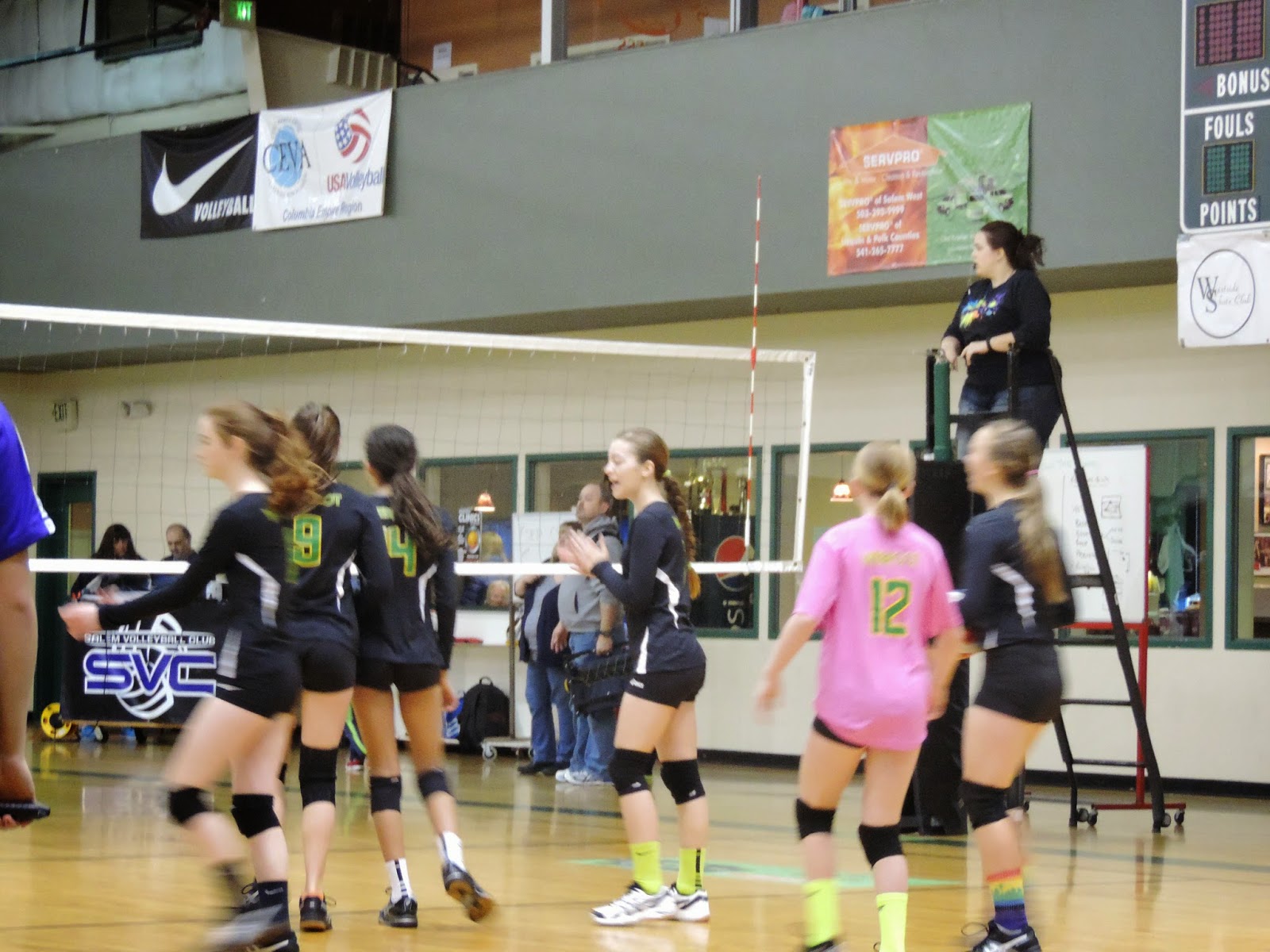 More club volleyball this past Saturday. Brady had his World Famous Volleyball Chair parked for this one. And we found a super cool "Setter" headband for Bray! She loves it, and I couldn't resist getting it for her. She played really well and had a good time. 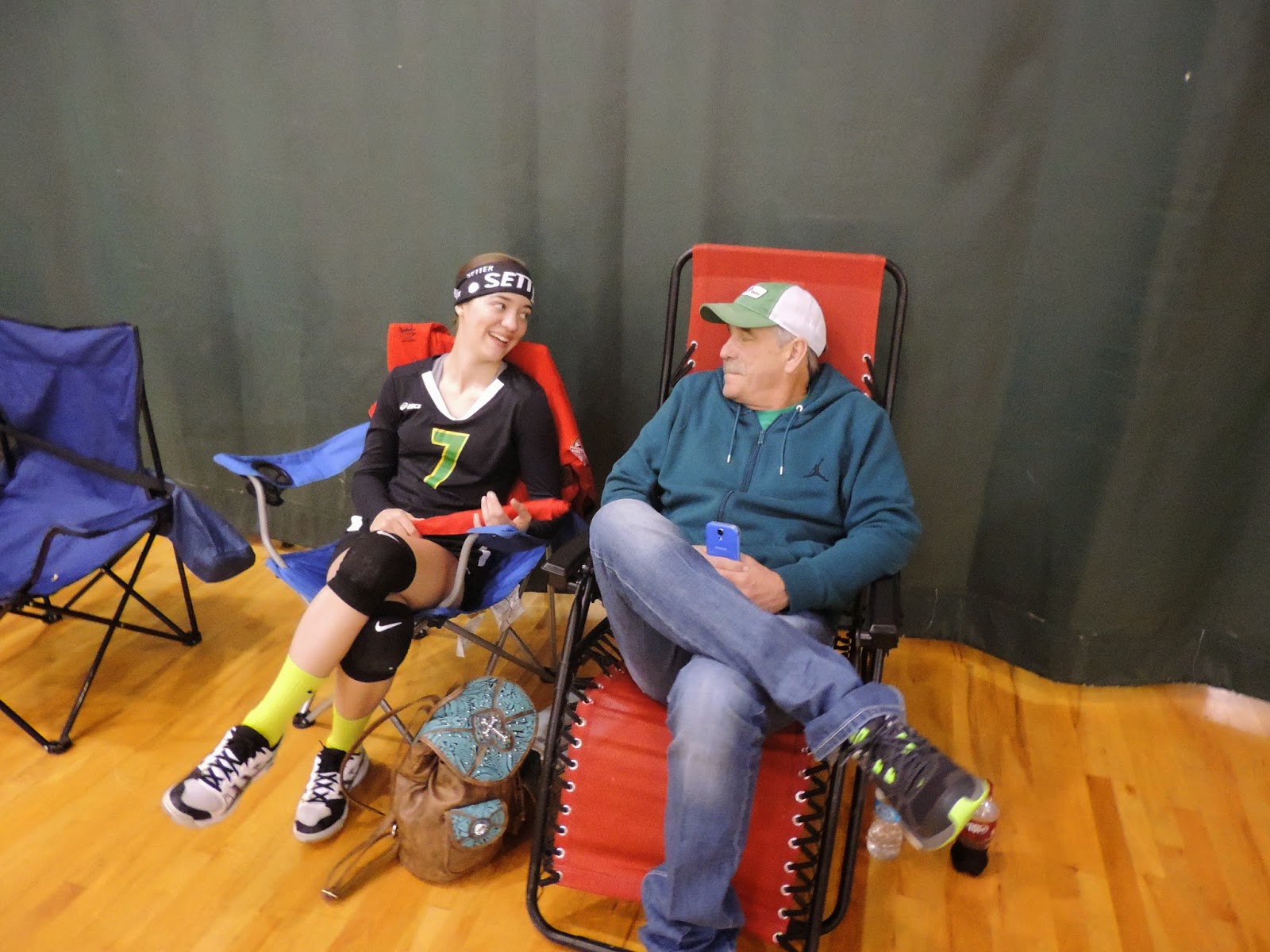 Her friend Megan, pictured below with her, was there with her team, and so they got to hang out with each other for a little bit. They met during their Kidsports Volleyball Season, and they instantly bonded with each other. Megan is a year older, but they are both Catholics and love their religion and have super sweet, kind, loving hearts. Megan is so refreshing, because she is also very positive and funny. Brailey loves spending time with her, and they would have had a big time together if they had made the same teams. But such is life, and they were thrilled to watch each other play and to visit. They do see each other at school every now and then, as well, which is nice. I love Megan because she thinks I am a cool mom, and she tells Brailey how fun I am. Ha! 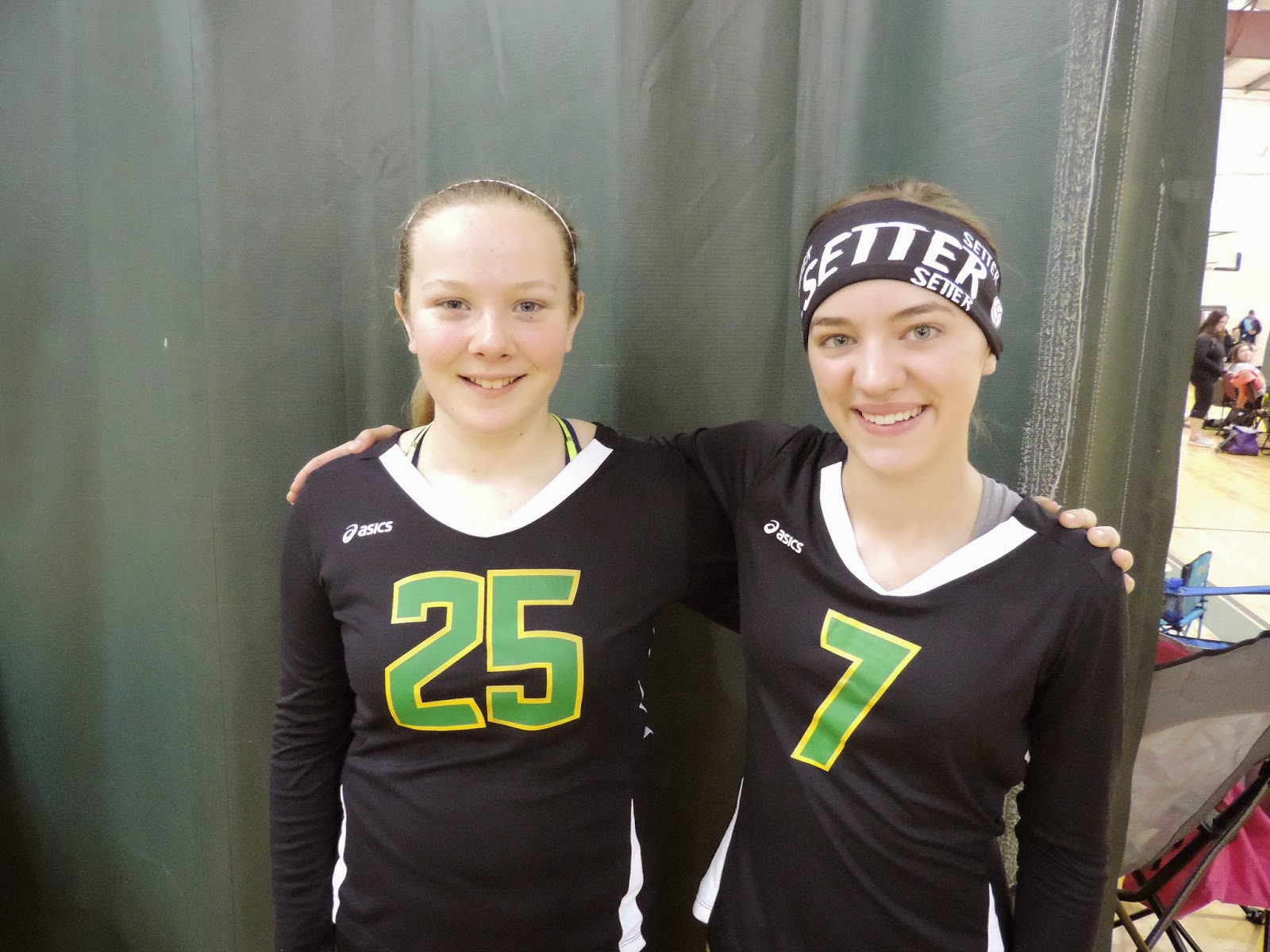 Another friend below, teammate Nikki, who was also on Brailey's club volleyball team last year. Nikki's dad was one of Brailey's coaches last year, and he has been a huge supporter of her, this year. 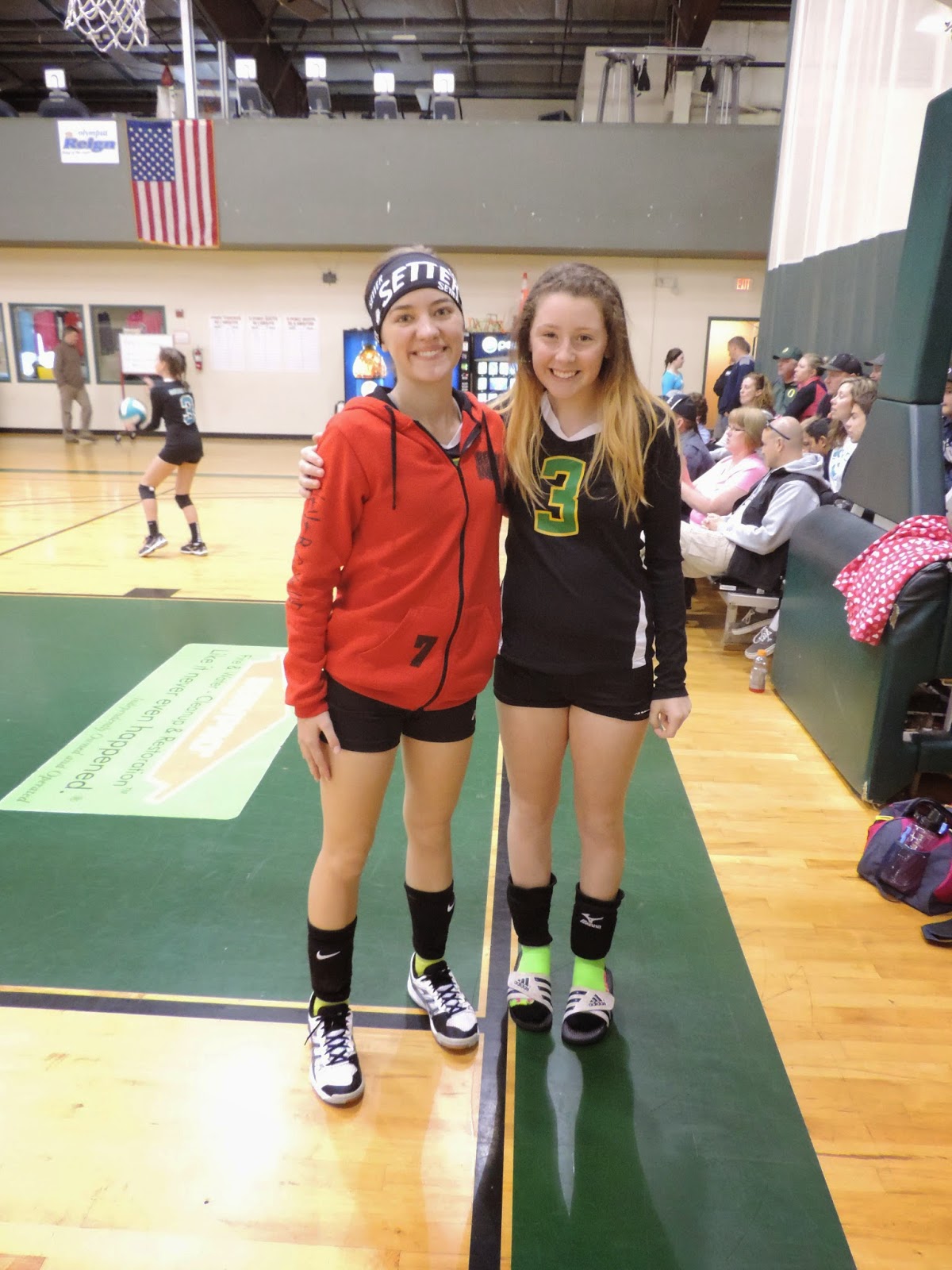 In fact, in one of the games, Brailey barely made her serve over (lots of power, but it hit the net and then went over). Rick (Nikki's dad) said, "She needs a higher toss." He understands that the high toss is what works for Brailey. So I said, "Tell her!" We were sitting right behind her, but he said, "No, no! She'll make the adjustment this time and get it." And guess what Brailey did? Exactly what he said she would! He knows her volleyball game pretty well. We had a big laugh about it afterwards. 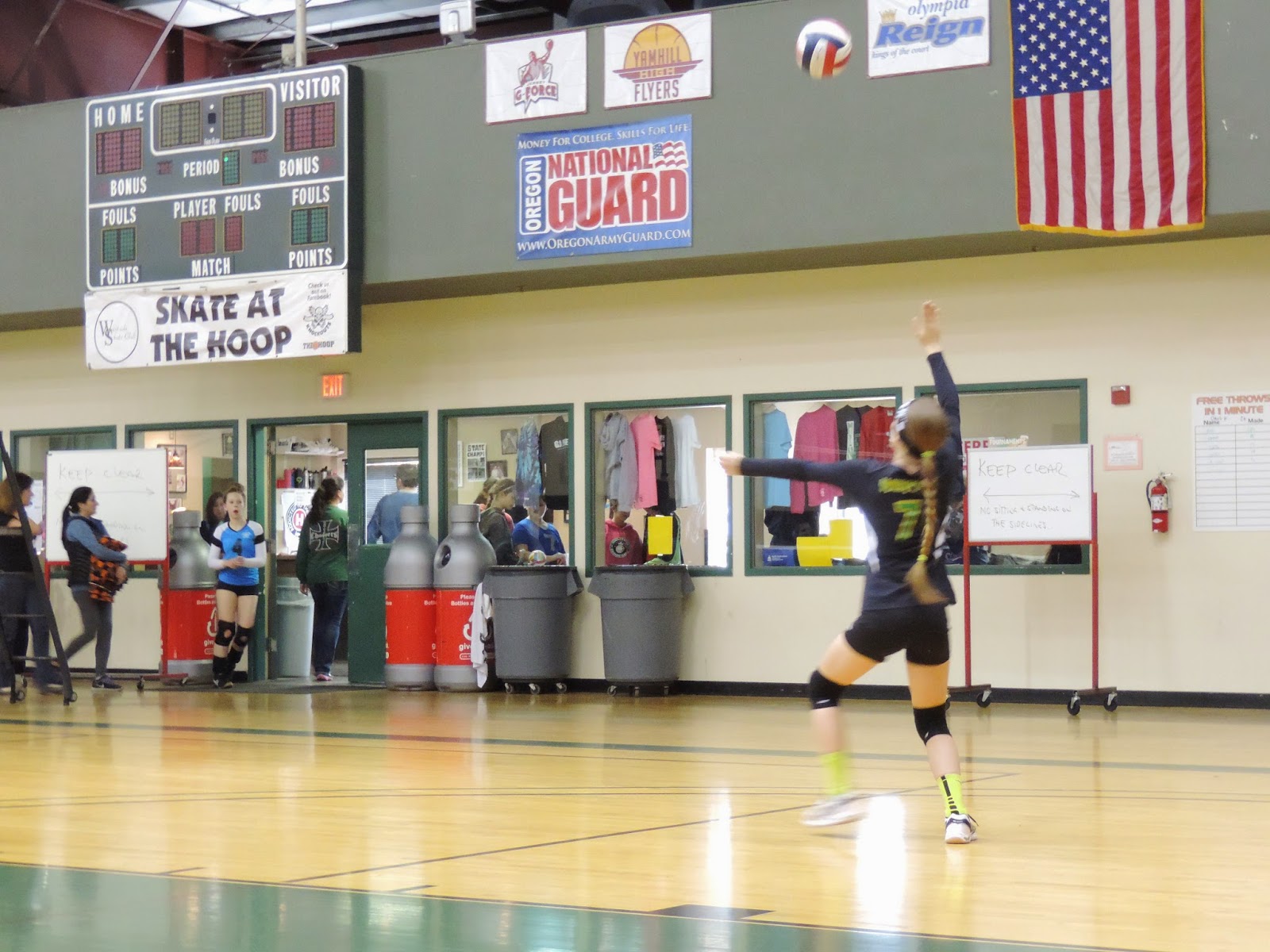 And then, Easter Sunday, which was also Brady's birthday! Even though we really wanted to sleep in, we made it to mass, and we were fortunate to get a picture of us with the Whites, another Catholic family we've known since Brailey was in first grade. Our kids have gone through school and religious sacraments together, our boys are best friends, and they are incredibly inspirational to us. We strive to be the kind of devout Catholics they are, and we love them dearly! 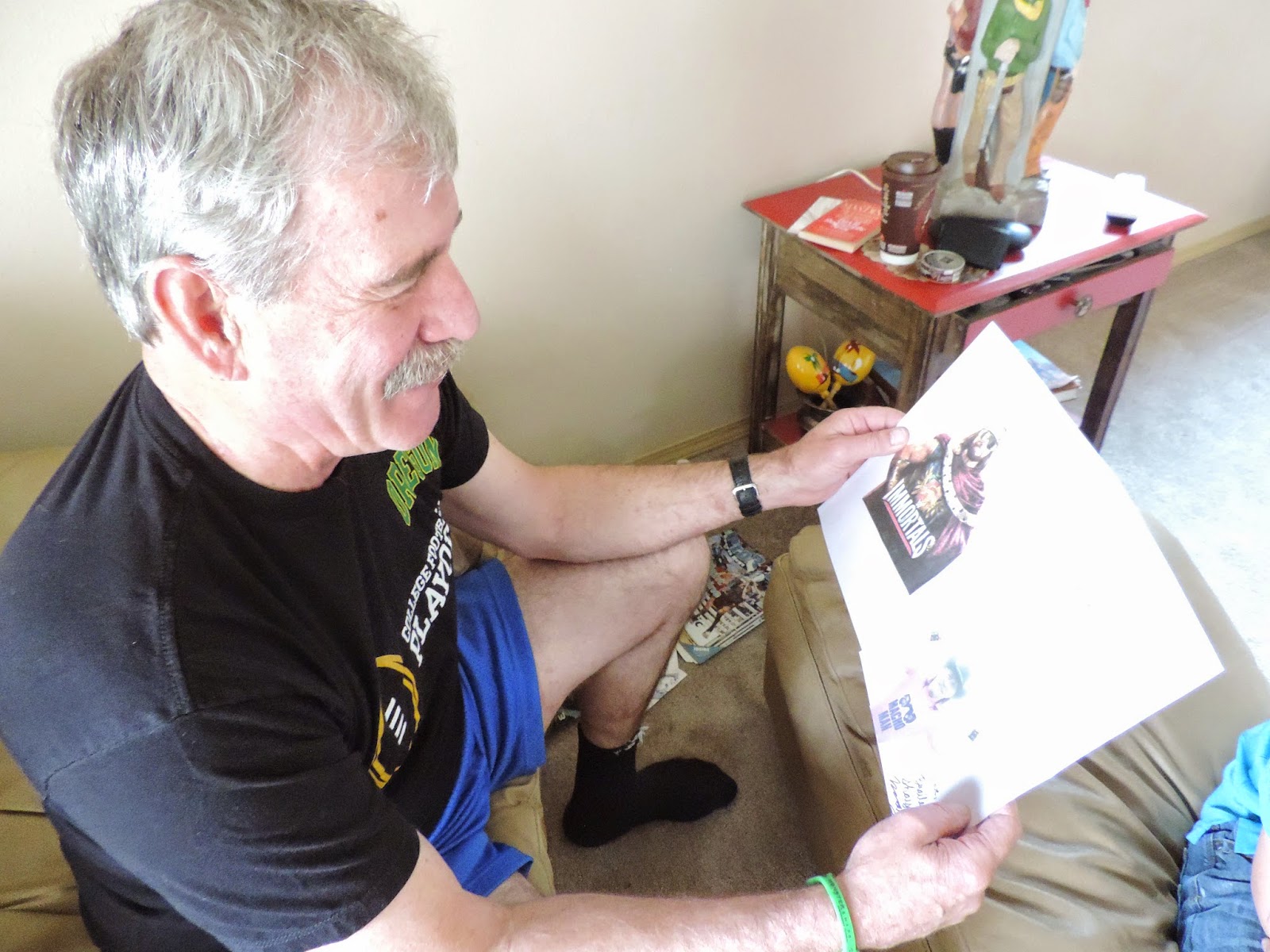 Brady's little B's made him some amazing birthday cards. Of course, they were WWE. Brailey's was Macho Man, and how cute is the picture of Brady's head she glued on Randy's body? Britt chose The Miz, which really was AWESOME. Brady loved them both! 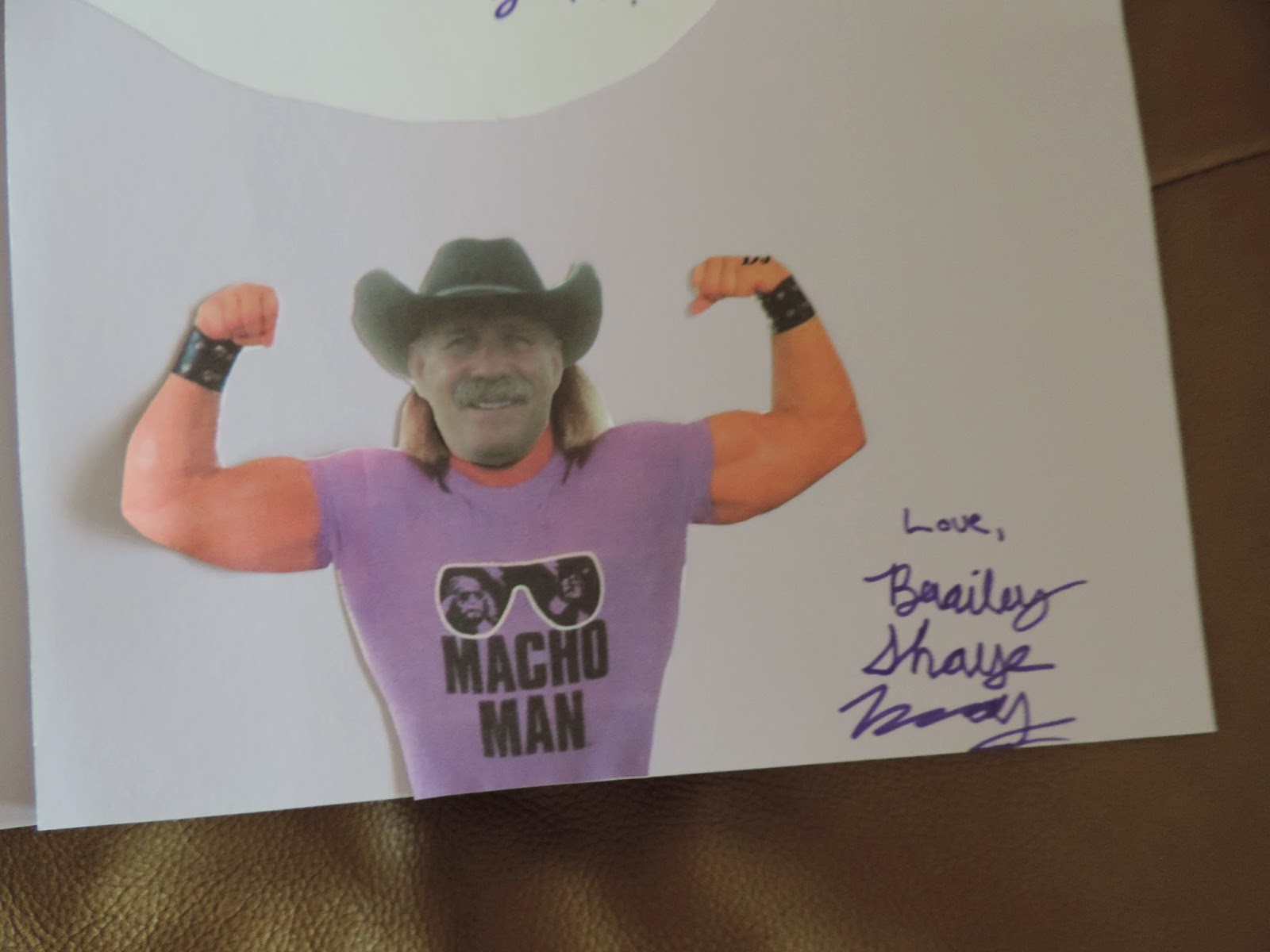 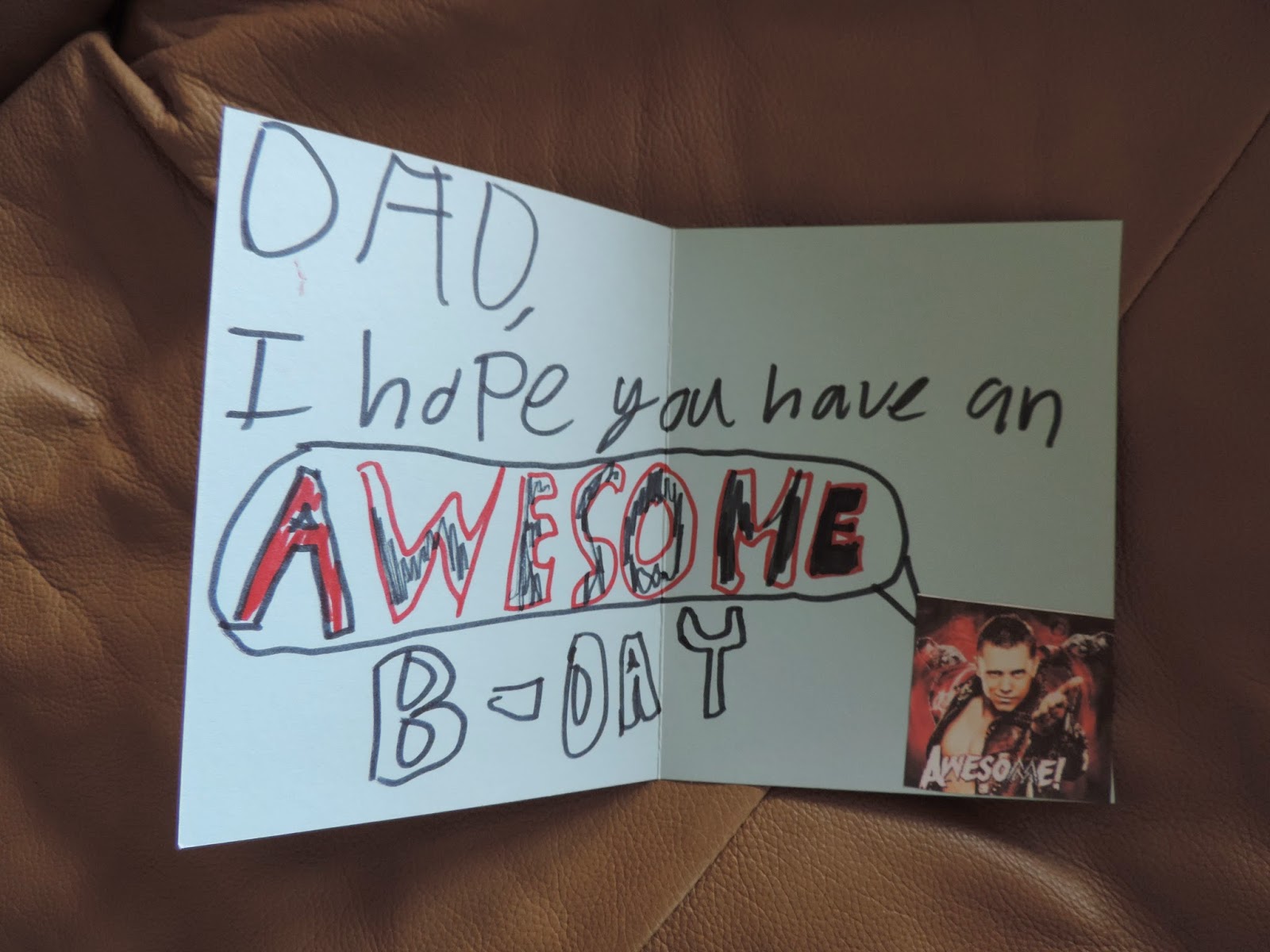 Brady had asked for a new tablet, a tractor and a guitar for his birthday. My mom was super clever, and got him everything on his list! Brady got a huge kick out of this. 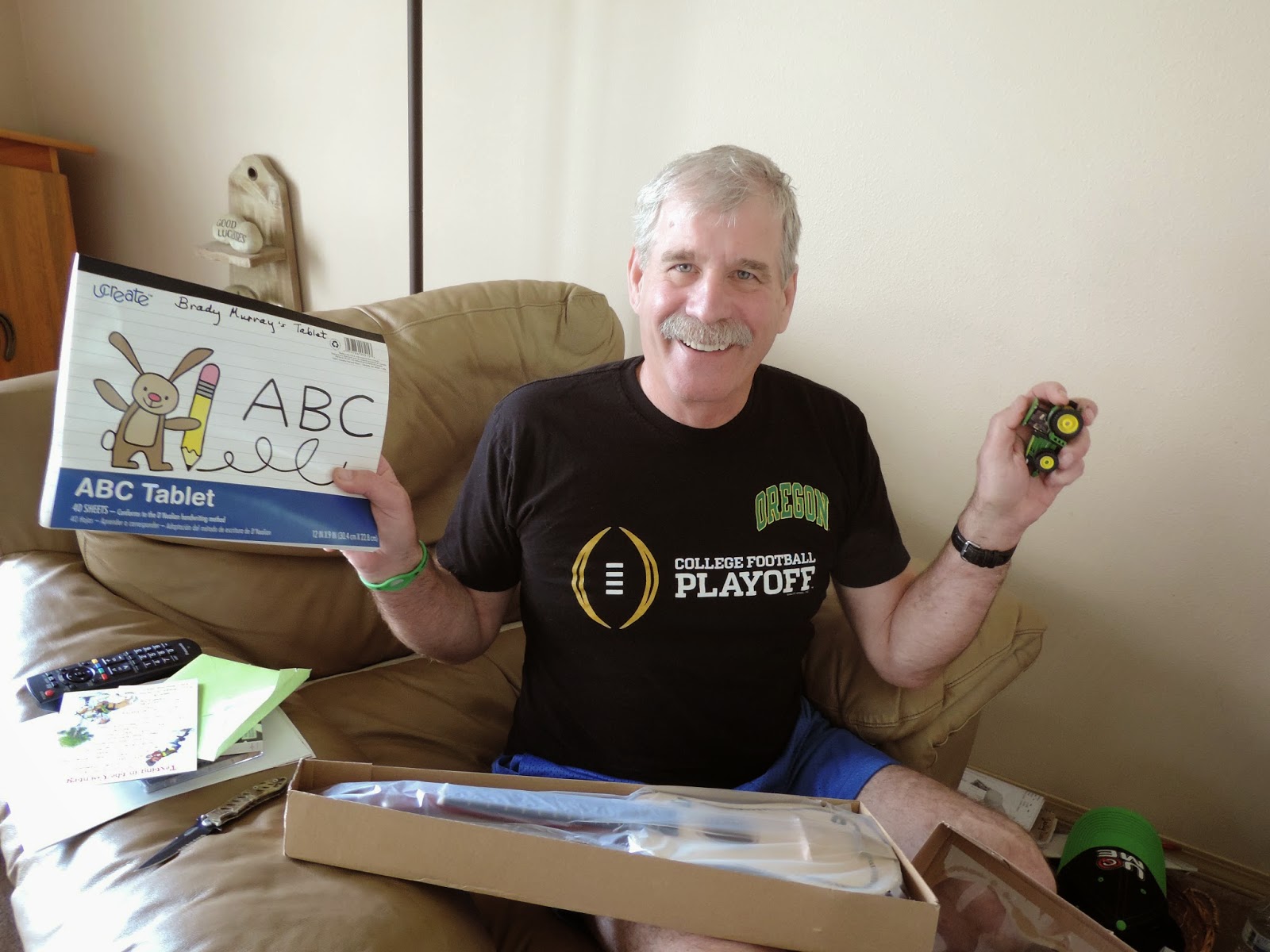 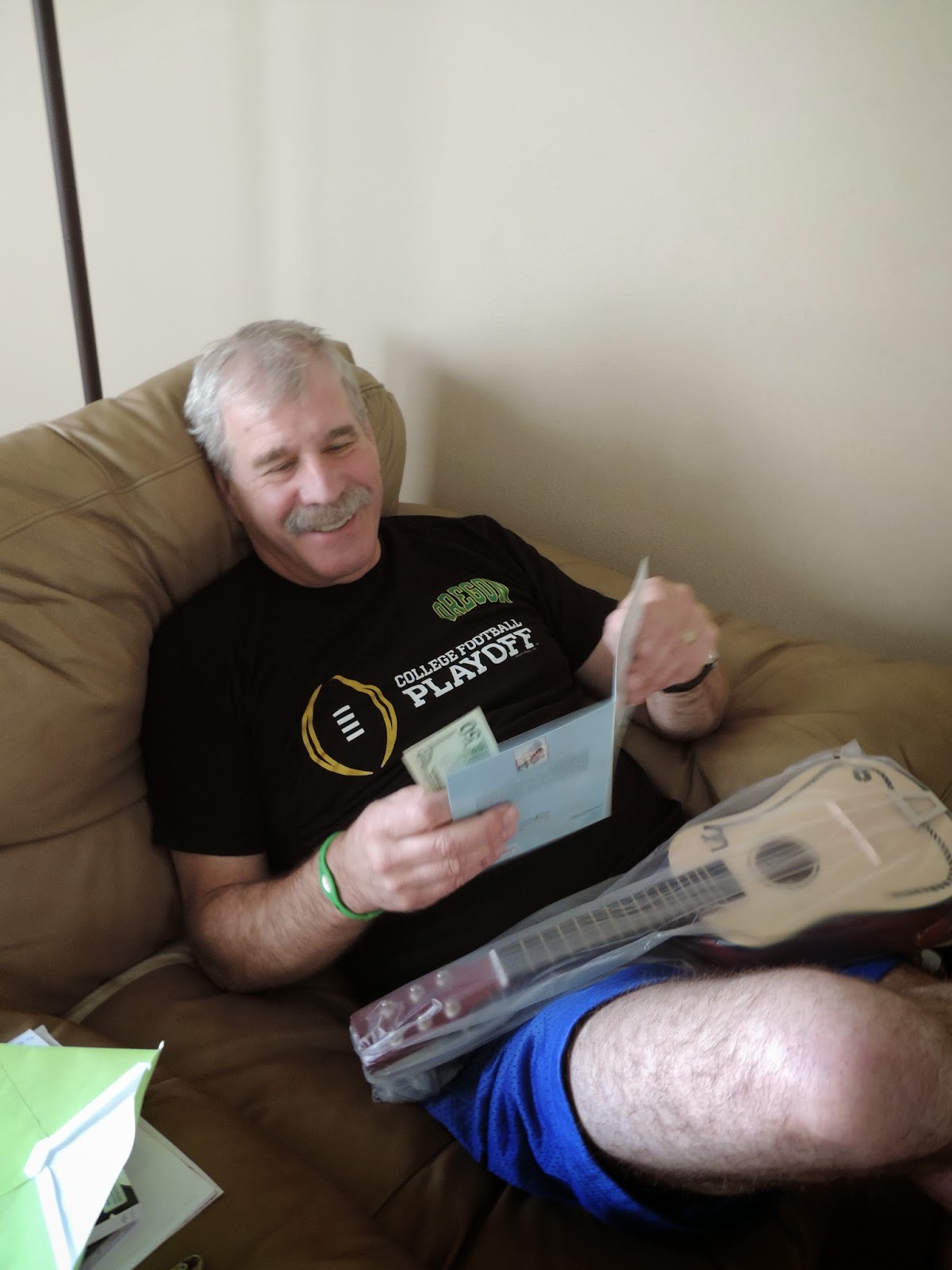 After a nice birthday lunch at Applebee's where Brady finally got to enjoy POTATOES (he gave them up for Lent) and Britt got to have FRENCH FRIES (which he gave up for Lent), we came home and relaxed for a bit before the kiddos colored their Easter eggs. 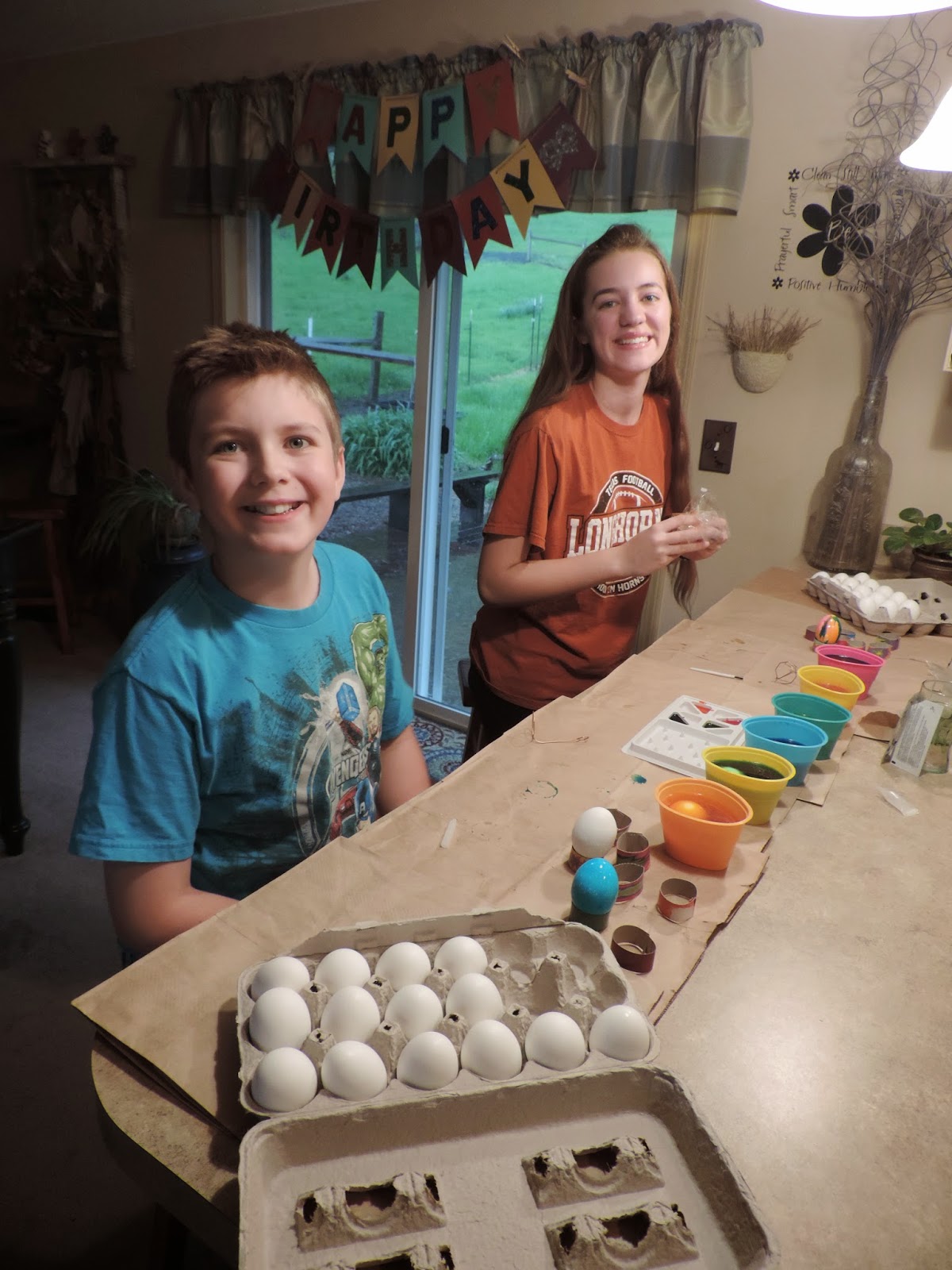 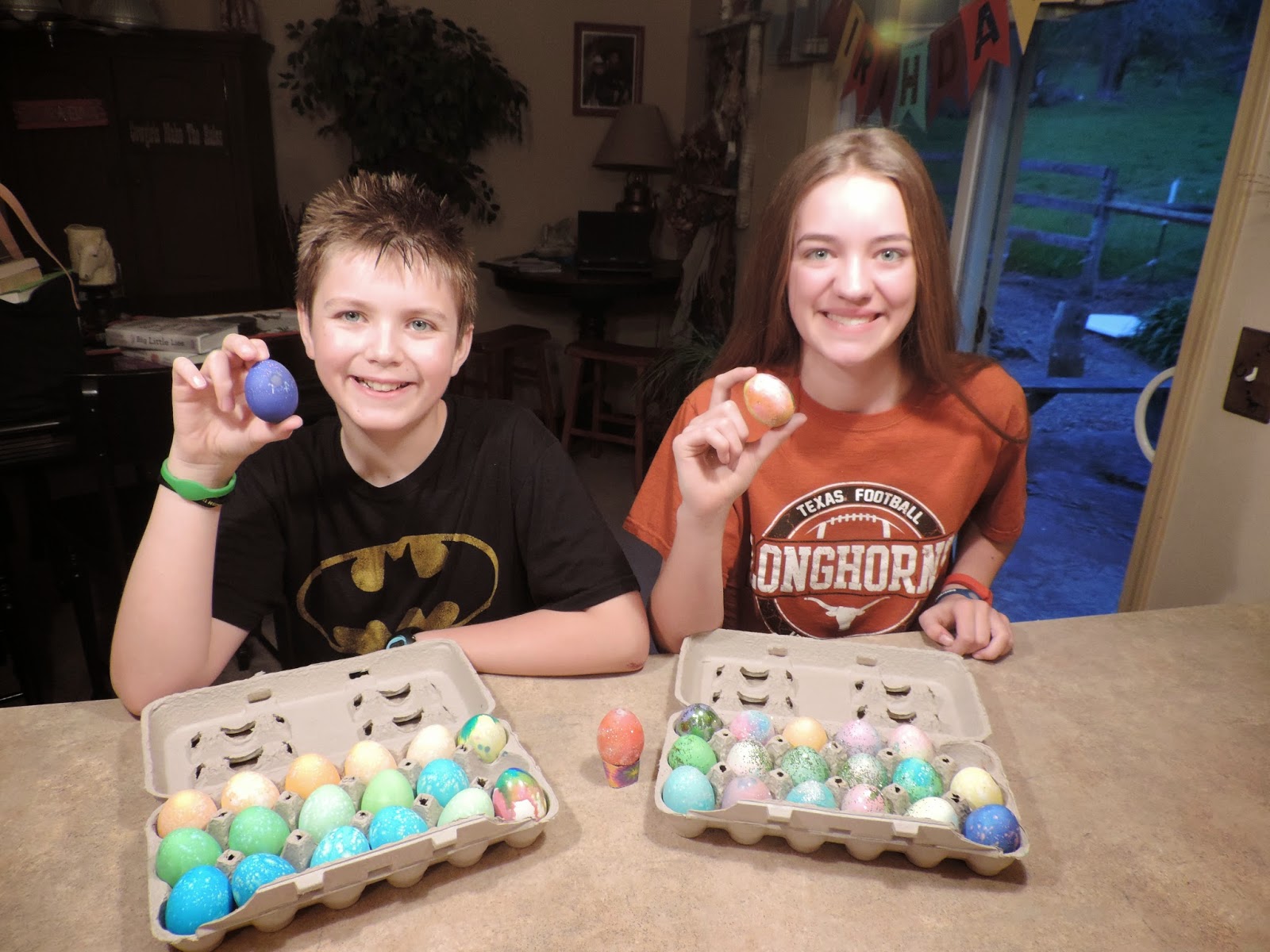 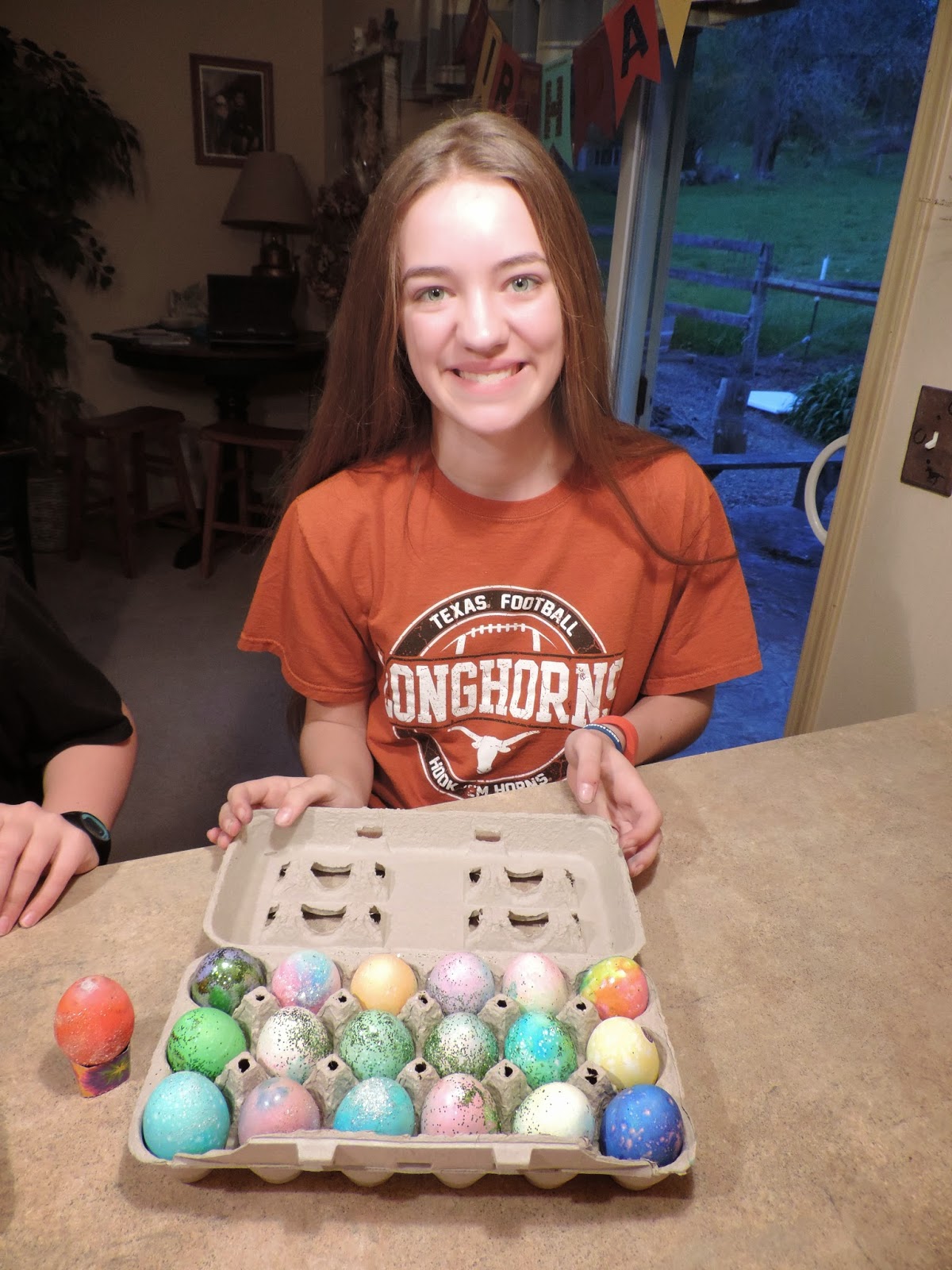 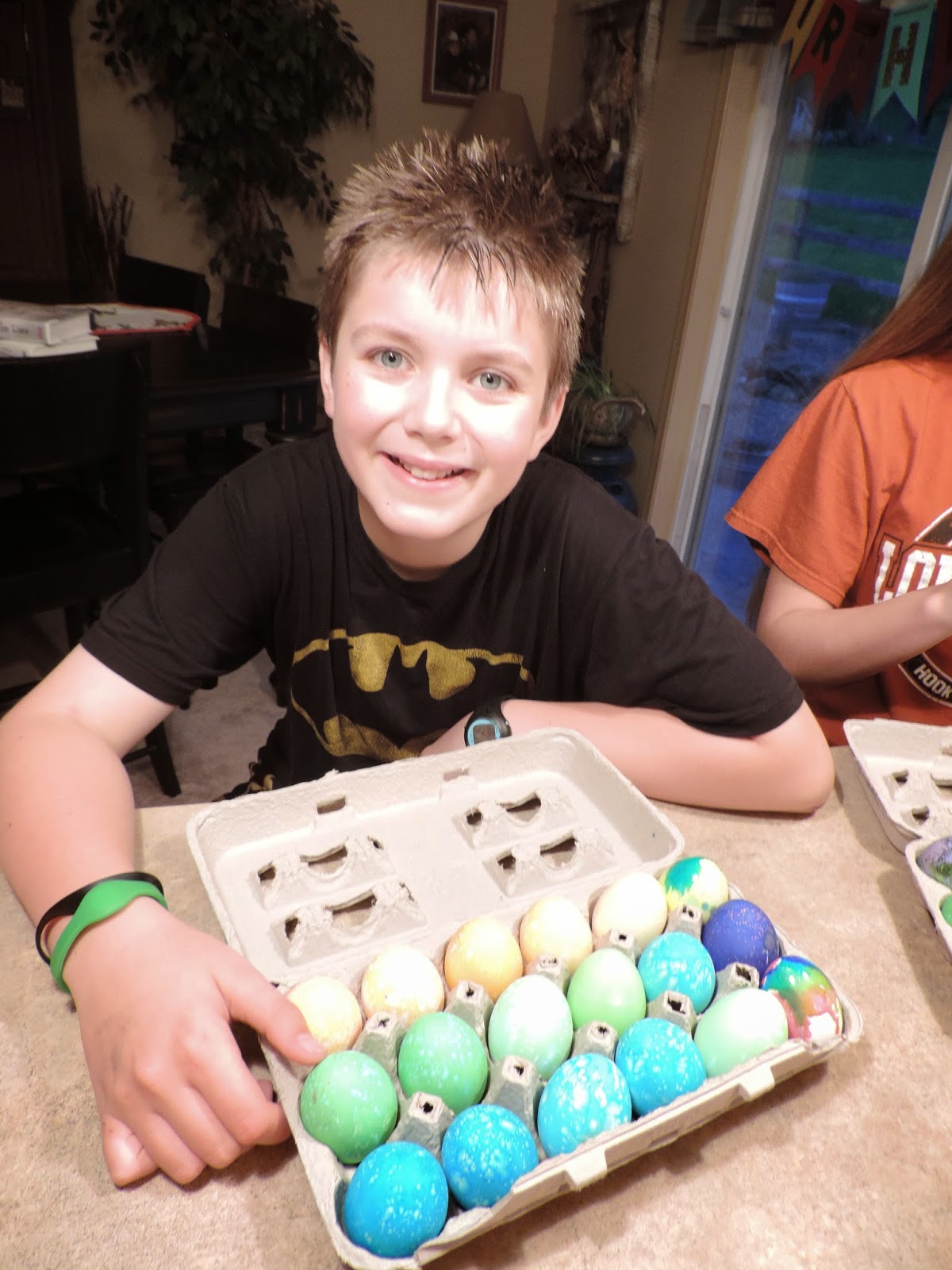 It was a great day - a special Easter and a special birthday. What more could we ask for? 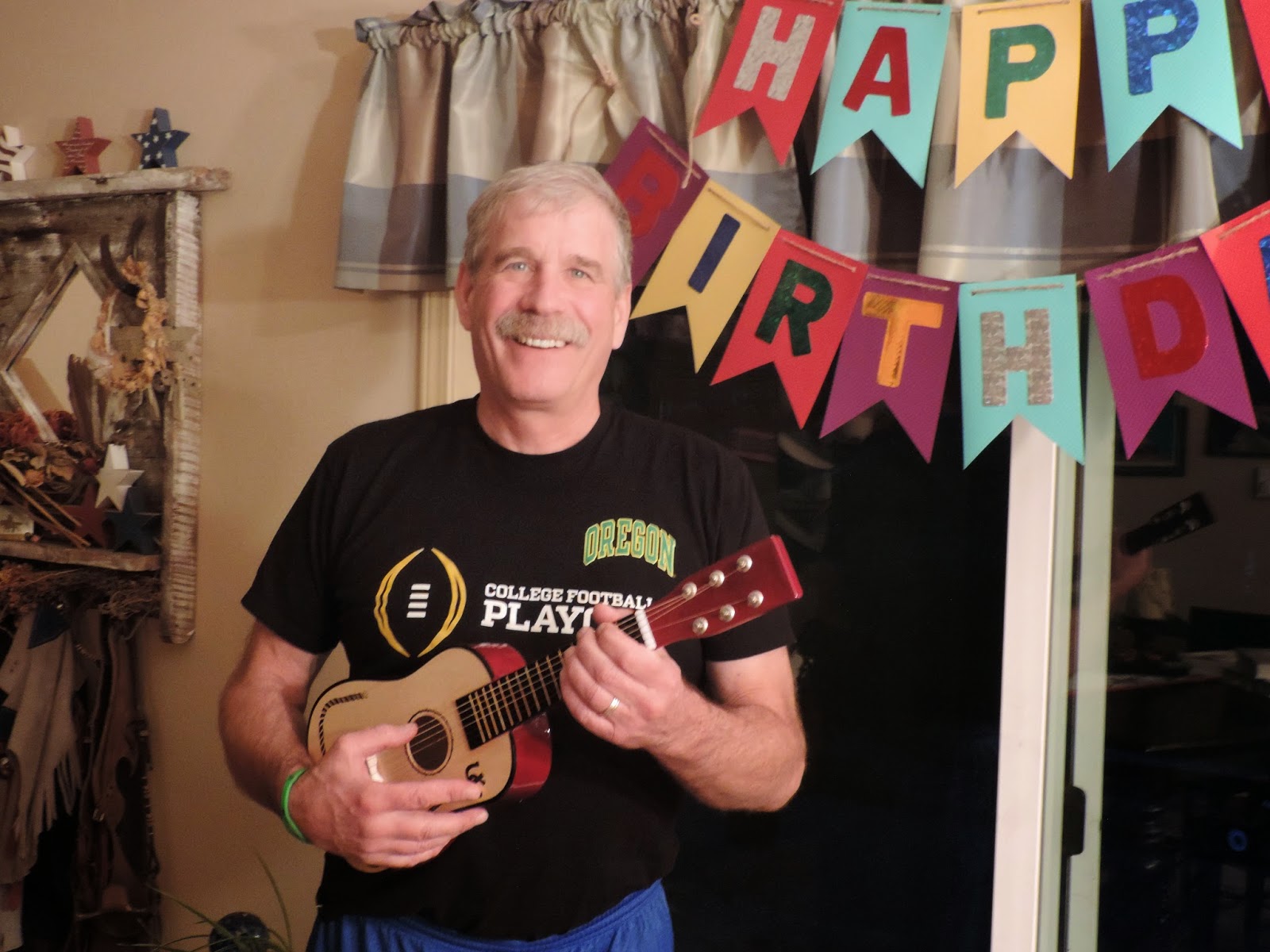