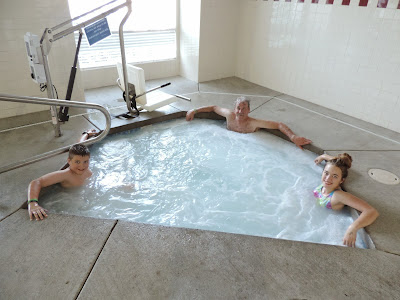 Ahhhhhhhhh... Brailey was so thrilled to get to relax in the hot tub. She decided not to swim so she could conserve her energy for playing, but she enjoyed every second of soaking her sore body in the hot tub. 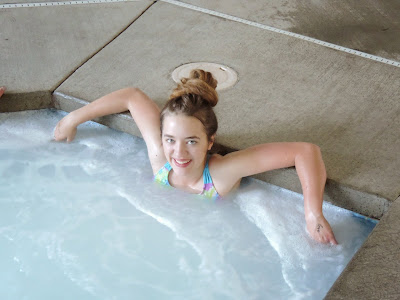 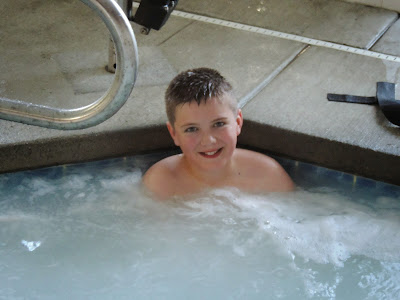 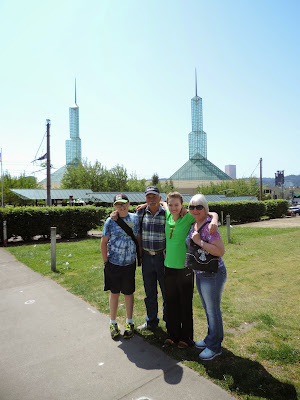 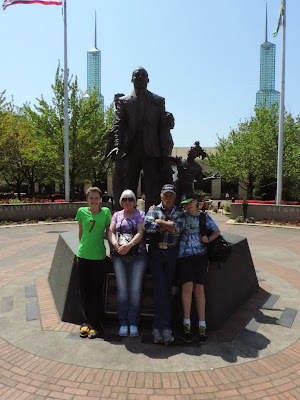 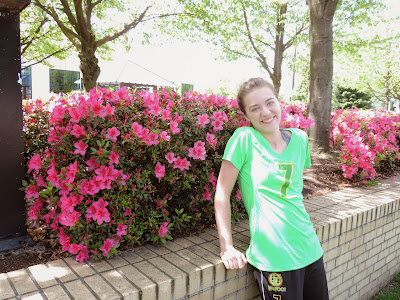 Our pretty girl with the pretty flowers. Lucky number 7! 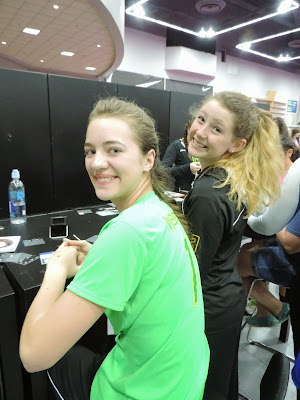 Saturday, she wanted to get her nails done at the Nike booth, but when she finally had time to get them done, they were closed for the day. So the first thing she did when we arrived on Sunday was head to the Nike area to get them done. And luckily, a few of her teammates were there! They had a great time getting them put on, and they look great! They are like the Jamberry nails and just stick on. 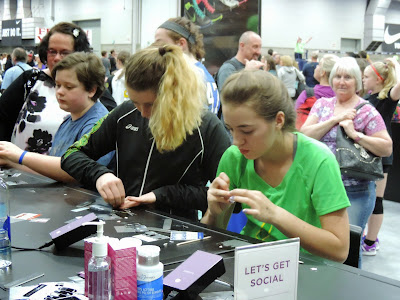 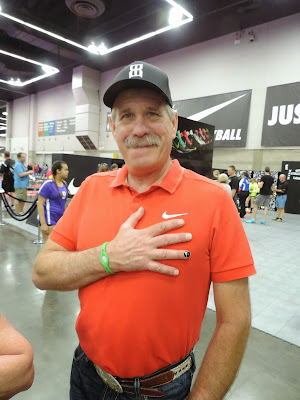 Of COURSE Brady had to get one of his done, as well. He is Nike's biggest and best fan! 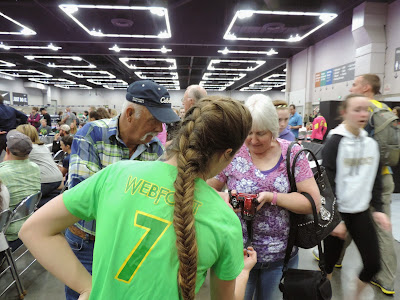 Showing Grandma and Papa how cool they look and, below, posing for a picture. 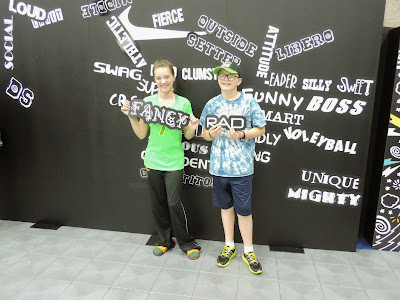 The Nike booth had this SUPER COOL magnetic board with all these awesome magnets for people to hold up. The picture I took on my mom's camera has her eyes open, dang it, but not from my camera. Still, you can see how cute it was! These two ARE very "creative," no doubt about it! 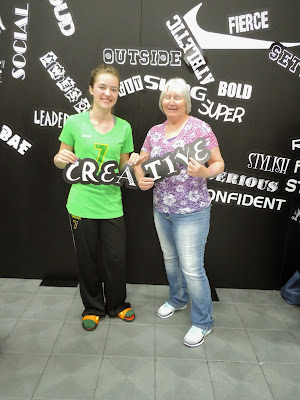 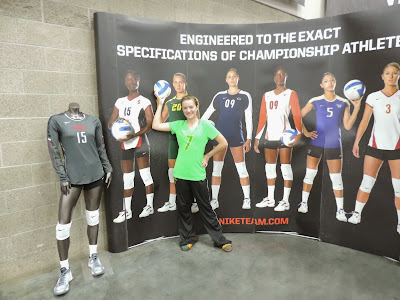 Just a fun picture that looks like she is holding a ball up, but as you probably know, she's not. 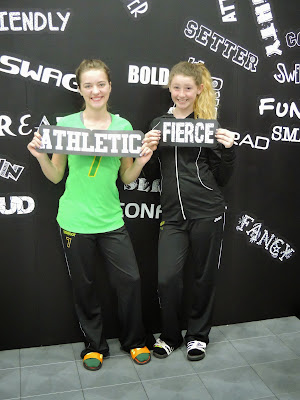 Bray and Nik, posing away... 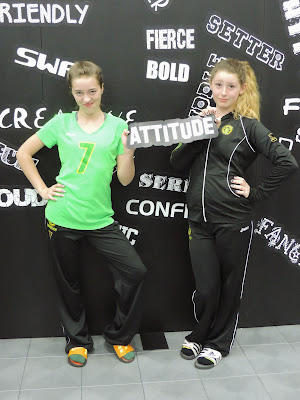 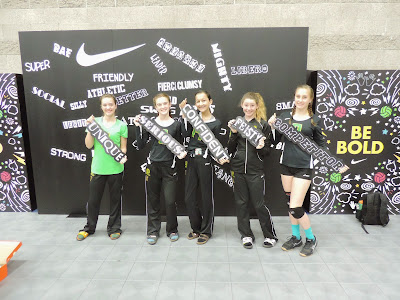 And then a few with some of the other girls who were there getting their nails done, as well. I would have loved to get a picture like this of the entire team, but our schedule didn't allow for any down time - if they weren't reffing, they were playing and vice versa, and by the time they were done, we all scattered so we could get home. I'm thankful I at least got these. 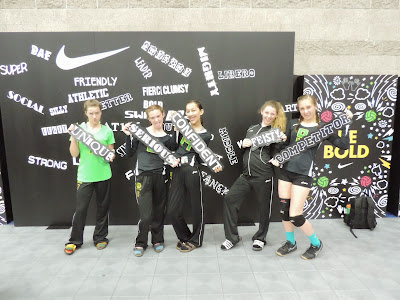 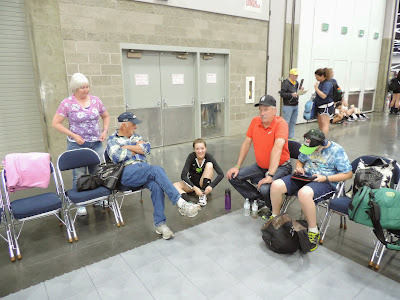 Bray and her FAM Club! And me, I was the FAM Club photographer capturing it all, or as I like to refer to myself, the "Papparazzi!" Grandma was also good at capturing pictures on her new camera and got some really good ones. You can never have too many pictures! 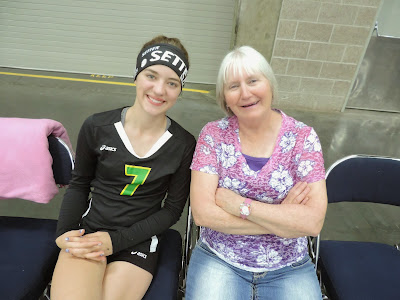 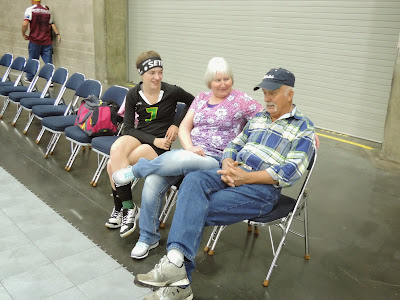 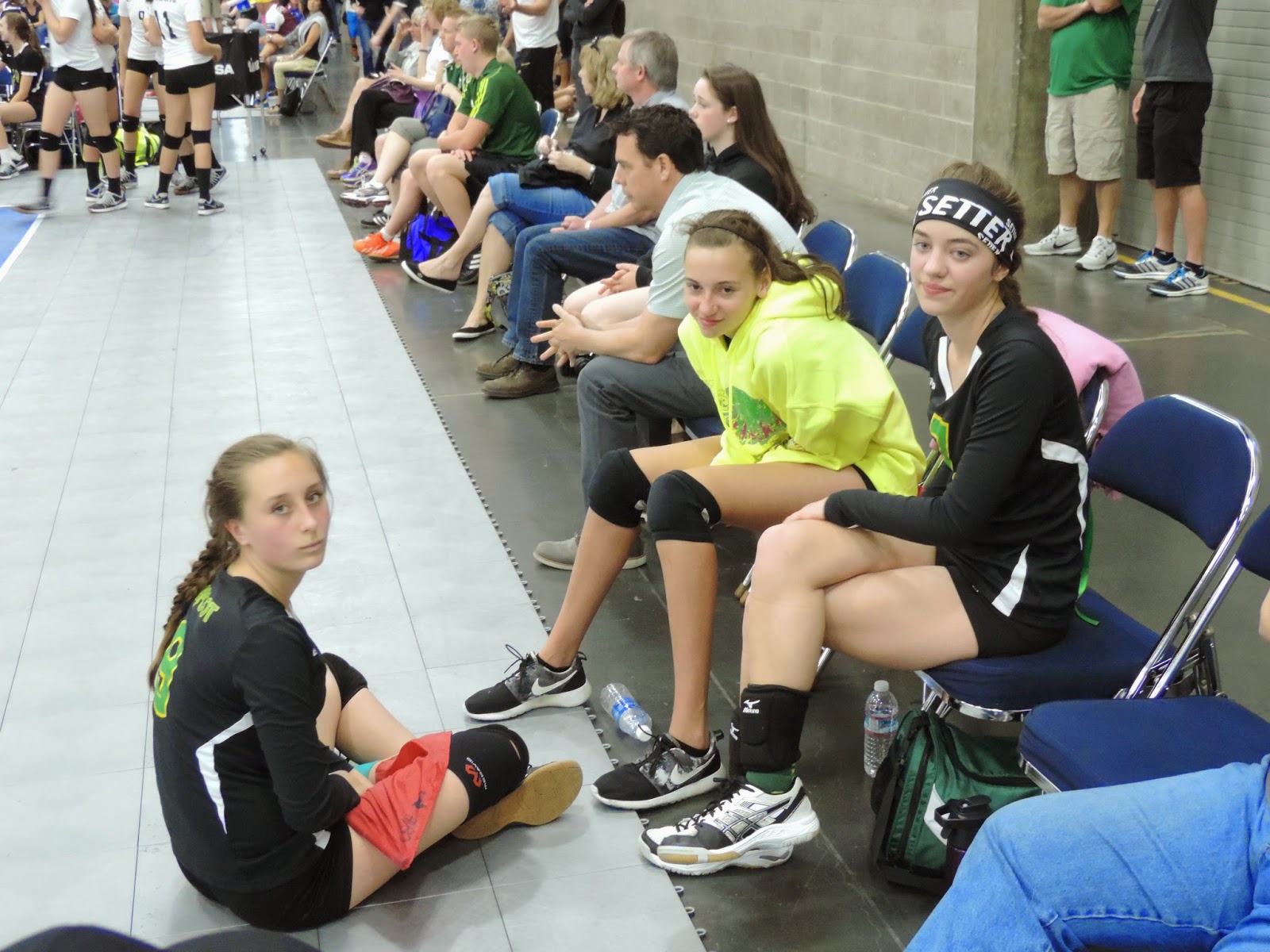 Remember "Legs" from Saturday? She looked us up again on Sunday - she took a real liking to Brailey and kept coming over to talk with her. She was a character, and it really tickled me to see Brailey and her talking, even though they had never met before and were on opposing teams. Of course she would be attracted to Brailey's personality - who wouldn't? She is sweeter than sugar! I loved that they befriended one another. That is how it should be, right? 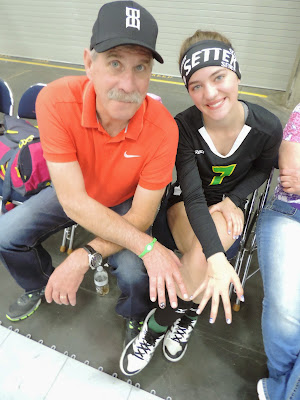 Brady is very proud of his Nike nail. 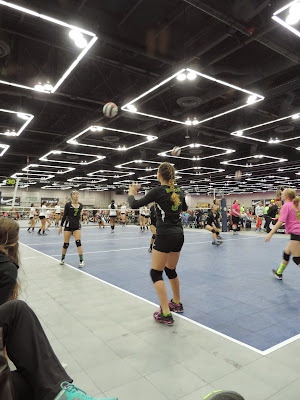 Warming up with Nikki. These two have gotten so good at peppering and playing with each other! 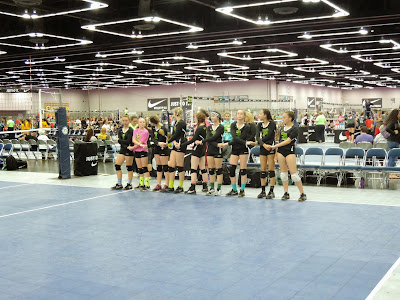 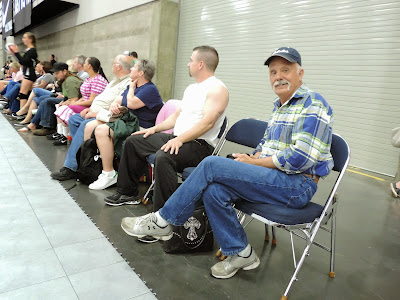 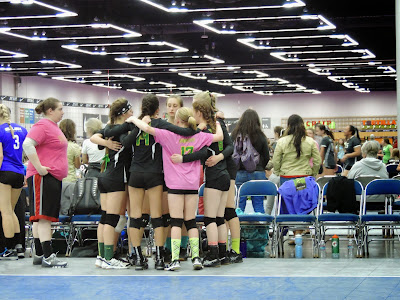 And that's a wrap on the weekend! We didn't make it home until nearly midnight, and they didn't do as well as they would have liked, but they actually did better than the end result reflected and every single set was tight, point by point. Brailey was a true rock star! She played better than she ever has, and it was apparent that she has not only improved, but overcome several obstacles and adversity. She made us all SOOOOOOOOOO proud! Another parent from a different team came over to her to tell her she played really well, which was nice and downright cool. She had the biggest fan club there and lots of support from many kind parents. It was great experience for them, and they still have one more tournament to go, believe it or not. And then we can put this season to rest and move on into the bright, sunny future! The very best part of the weekend was having my parents with us to experience it all, and we are incredibly grateful to them for being there. I was so worried we had worn them out and overdone it, but they said they enjoyed it and would do it all again, so I can lay those worries to rest. It wouldn't have been as special without them there, and Brailey really did appreciate their support. And of course Britt was thrilled to be so impressive with his swimming - he and Papa joked about how they can go fishing in a lake, now, because if they capsize, Britt can just swim Papa to shore. Ahhhhhh... So much love in our family - these are the days!
at May 07, 2015